For better or worse, the Affordable Care Act should, and probably will, survive the latest constitutional challenge. 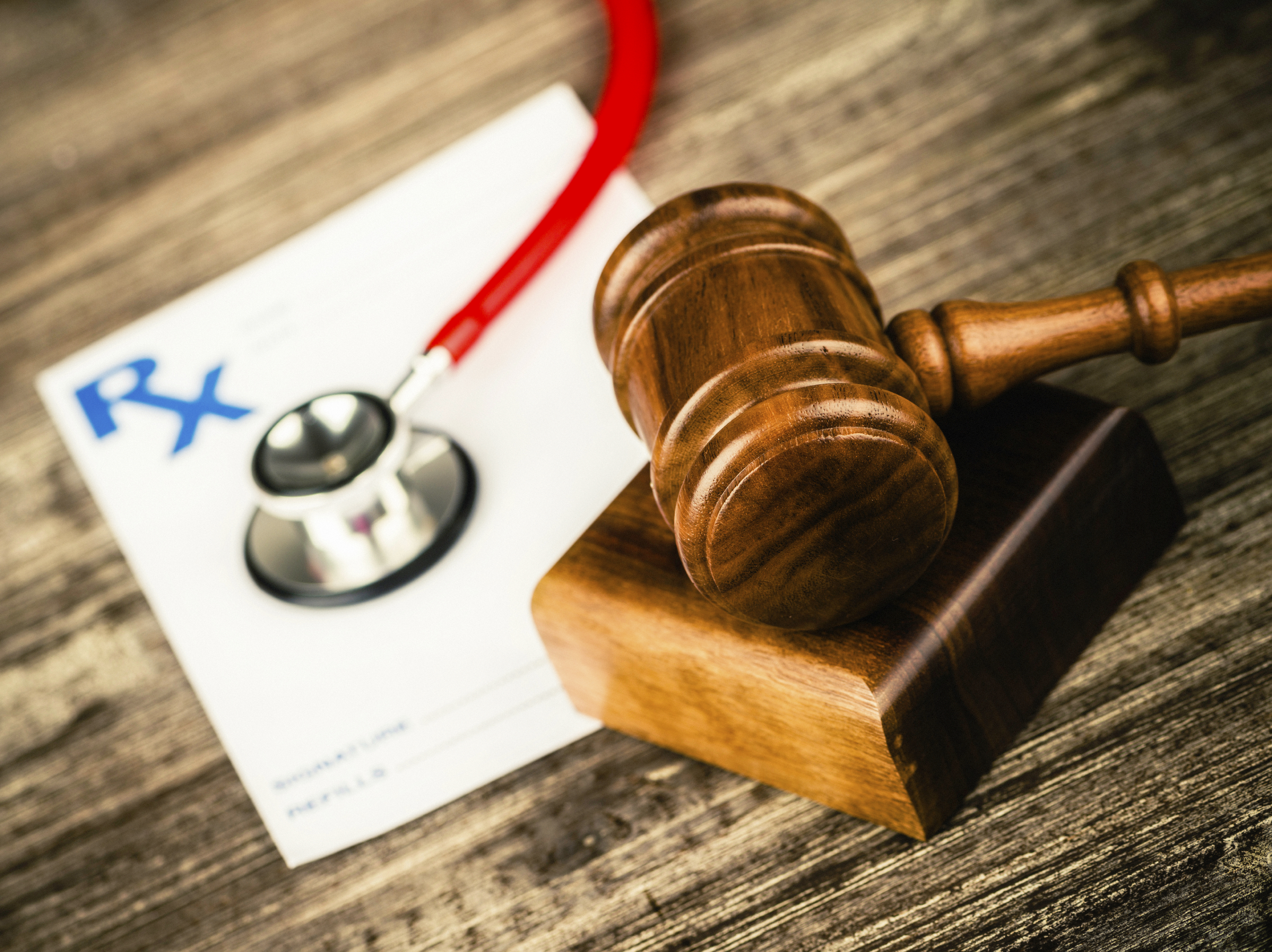 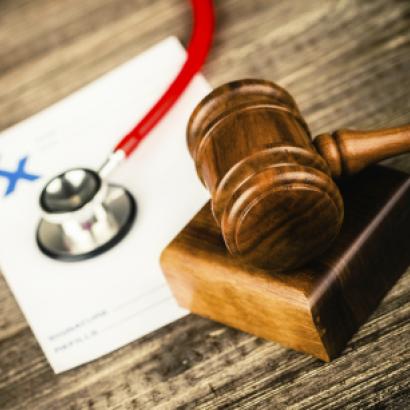 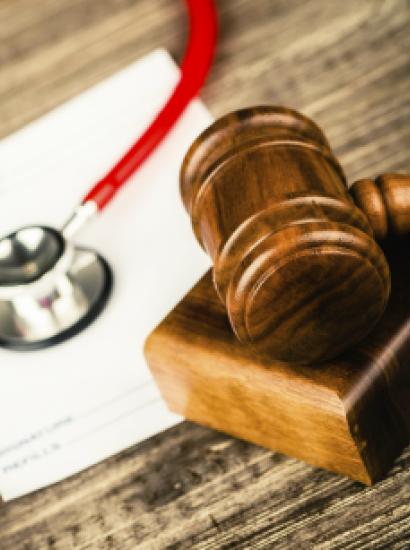 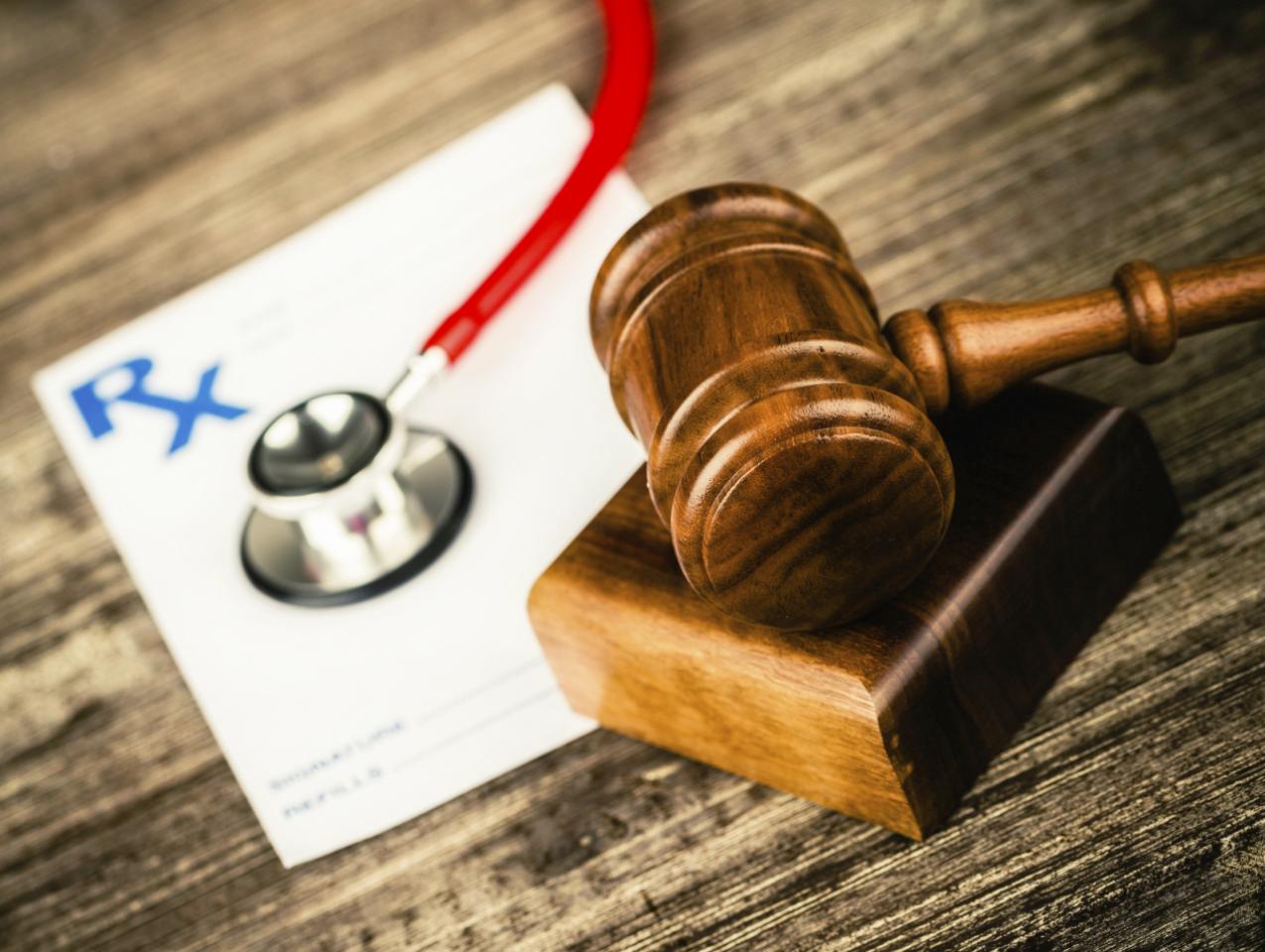 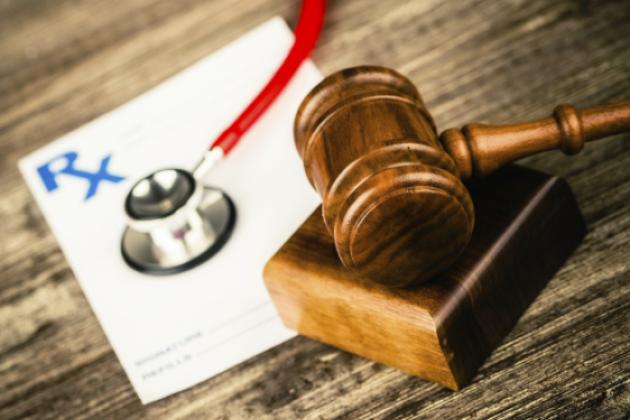 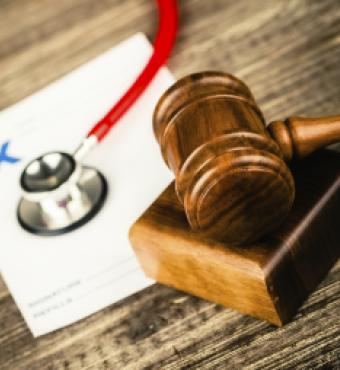 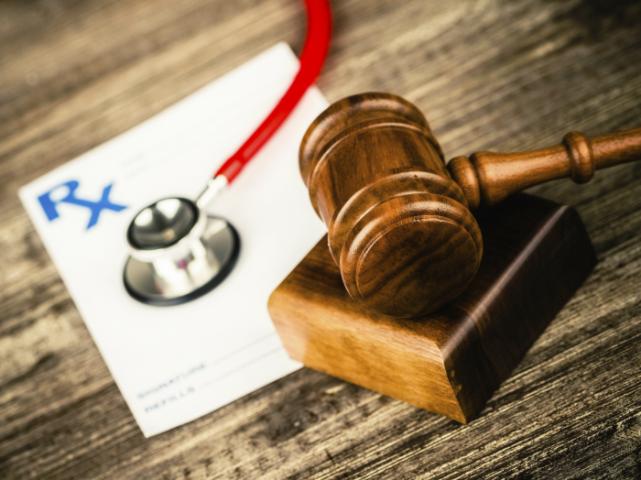 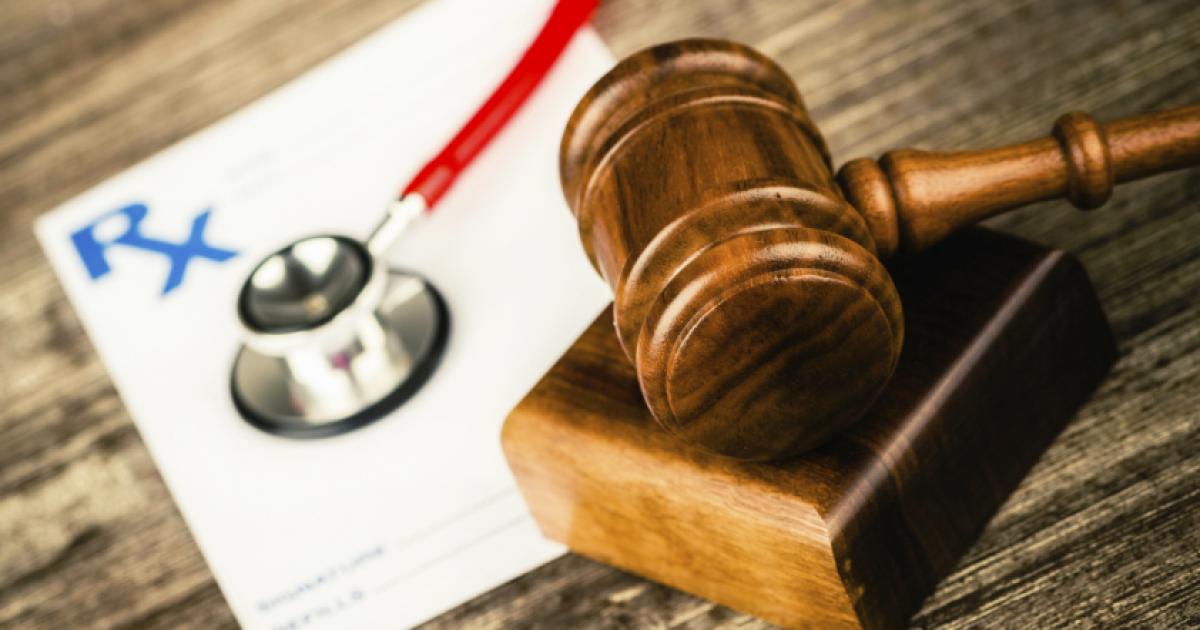 During the hearings on Amy Coney Barrett’s nomination to the Supreme Court, one constant theme was whether her vote would jeopardize the Affordable Care Act (ACA).  From the time of its inception, the ACA was a grievous social and economic mistake. Thereafter, Chief Justice John Roberts’s decision in NFIB v. Sebelius (2012) was a constitutional train wreck. Notwithstanding this sorry history, the most recent challenge to the ACA—raised in Texas v. California—is whether neutralizing the individual mandate under Section § 5000A(c) of the GOP’s Tax Cuts and Jobs Act of 2017 (TCJA) undoes the whole statute. This new challenge to the ACA is a sure constitutional loser, no matter what view one takes of the original legislation.

To set the stage for the current dispute, it is necessary to recapitulate the two key constitutional challenges to the ACA in NFIB v. Sebelius. The first was that the ACA exceeded the scope of the Commerce Clause, which gives Congress the power to “regulate commerce among the several states.” The second was that the individual mandate counts as a “tax” that falls within Congress’s power “to lay and collect taxes.”

In the ACA, the individual mandate was artfully disguised as a “shared responsibility payment” whereby young people who failed to enroll were made to pay a levy. As the chief justice noted in his NFIB opinion, the mandate was regarded at the time as an “essential” feature of the ACA structure: the mandate was necessary to keep young adults in the pool, who in turn provided the subsidies needed to keep the rates charged to older Americans affordable. It was presumed at the time that healthy, young adults otherwise would opt out of coverage in droves because their premiums would be far in excess of their collective benefits. The penalty/tax was designed to create a Catch-22, for now in principle young people stood to lose exactly the same amount by opting out of the ACA as by staying in.

The most principled challenge to the ACA has nothing to do with the commerce power as such. It is rather that the mandate constitutes an unconstitutional taking of private property without just compensation by forcing people to enter a losing transaction, something that neither the federal government nor the states can legally do. In my view, these mandated cross-subsidies are far more dangerous than subsidies paid out of general revenues. Nonetheless, the impoverished state of American takings law blocks any such attack. Though second best, the Commerce Clause line of attack surprisingly succeeded in the courts.

But in the next breath, the chief justice saved the individual mandate by upholding it as a tax, even though the legislation uniformly styled it as a penalty. But a tax on what, exactly? One characteristic of taxes is their base: they are levied on income, wealth, or some particular sale, lease, or other transaction. The mandate is not a tax on any of these objects. Indeed, if it is permissible to tax people for refusing to enroll in the ACA, it is permissible to tax them for not eating broccoli. The very objection that the chief justice made to the mandate under the Commerce Clause should have doomed it under the tax power as well.

A Fresh Look at the Taxing Power

There are, moreover, good structural reasons to link the taxing power to the commerce power in order to prevent the federal government from circumventing the limits of the latter. Just that principle was invoked in the Child Labor Tax case that came before the Supreme Court in 1922. The court unanimously held that it was unconstitutional for Congress to impose a hefty tax on firms that used child labor, no matter what amount of goods those firms sold into interstate commerce. In an earlier case, the court held by a five-to-four vote in Hammer v. Dagenhart (1918)—which was subsequently overruled in United States v. Darby (1941)—that it was unconstitutional for the federal government to refuse to allow the shipment into interstate commerce of goods made by firms that used child labor in any of its activities, including those unrelated to the goods so shipped. In other words, if the state cannot regulate a given activity directly, it cannot drive it out of business with a heavy tax passed with that intention. Chief Justice Roberts’s verbal gymnastics notwithstanding, the individual mandate was a penalty.

Ironically, it turned out that the chief justice was wrong when he postulated that the mandate was a “solution” to the adverse selection problem of the ACA, whereby young people opting out denied the scheme its cross-subsidy. Political opposition prior to the passage of the ACA shrank the size of the penalty such that opting out remained the preferred option for many younger people, necessitating direct subsidies to prop up the ACA’s shaky finances.

But then, as part of the GOP’s TCJA, the tax for the individual mandate was reduced to zero, a move that eliminated the unpopular mandate without overturning the act as a whole. A frontal attack on the ACA in light of the TCJA was launched by two private citizens and eighteen states in Texas v. California. They took the position that the de facto elimination of the individual mandate undermined the entire statutory scheme of the ACA. The claimants then reasoned that the mandate was “essential to and inseverable from” the remainder of the ACA. Thus, once there was no tax, the entire ACA had to fall because it was not possible to save the rest of the ACA once the mandate was severed from it.

In response, the Fifth Circuit found the TCJA’s mandate modification unconstitutional because the tax was effectively eliminated. But it then remanded the case to the district court for “an additional analysis” as to whether the mandate was severable from the ACA and, therefore, whether the rest of the ACA could survive.

The Supreme Court has now taken up the case, and it should hold that the rest of the ACA should survive, even if the mandate does not. The 2017 tax legislation made it clear that the mandate, even if deemed “essential” in 2010, was no longer essential because the ACA does quite well without it. Severance now is most appropriate because the ACA created a major reliance interest for millions of individuals who were either forced out of their prior plans or chose voluntarily to leave those plans for better coverage. The initial implementation of the ACA in 2012 resulted in massive dislocation for millions of individuals, employers, and insurers. Striking down the ACA—which Congress declined to do in 2017—would create a second round of massive dislocations.

At this point, the proper analysis for severance comes from Roberts’s decision in Seila Law v. Consumer Financial Protection Bureau (2020). There he held that vesting all the powers of the CFPB in a single chief officer, removable only for good cause, offended separation of powers and other constitutional norms by concentrating too much power in the hands of a single public official. It did not, however, void the entire CFPB, but instead rendered the director removable at the will of the president. In the words of the majority of the court, Congress would prefer that the court “use a scalpel rather than a bulldozer in curing the constitutional defect we identify today.” The 2017 Congress expressed its explicit preference that the remainder of the ACA survive. No court should undo that judgment.

We should assume that the TCJA removed the individual mandate in its entirety. That excision means that the ACA no longer need be upheld on the chief justice’s undue expansion of the taxing power. Indeed, with the mandate removed, the case for upholding the ACA in its entirety is strengthened under the Commerce Clause. The slimmer ACA is not vulnerable to attack on the ground that it forces people to buy insurance (and thereby engage in interstate commerce) against their will. Absent the individual mandate, the ACA is just a sweeping piece of legislation that regulates the health care industry—and does so justifiably, given the movement of patients, physicians, drugs, and equipment through the channels of interstate commerce.

There is accordingly no need to remand Texas to figure out the consequences of the TCJA on the Affordable Care Act. Strip out the mandate, and the only serious objection to the ACA under the Commerce Clause is removed. In fact, under any conceivable account of severability, the challengers should, and likely will, lose 9-0 in the Supreme Court after Amy Coney Barrett’s nomination is confirmed by the Senate.