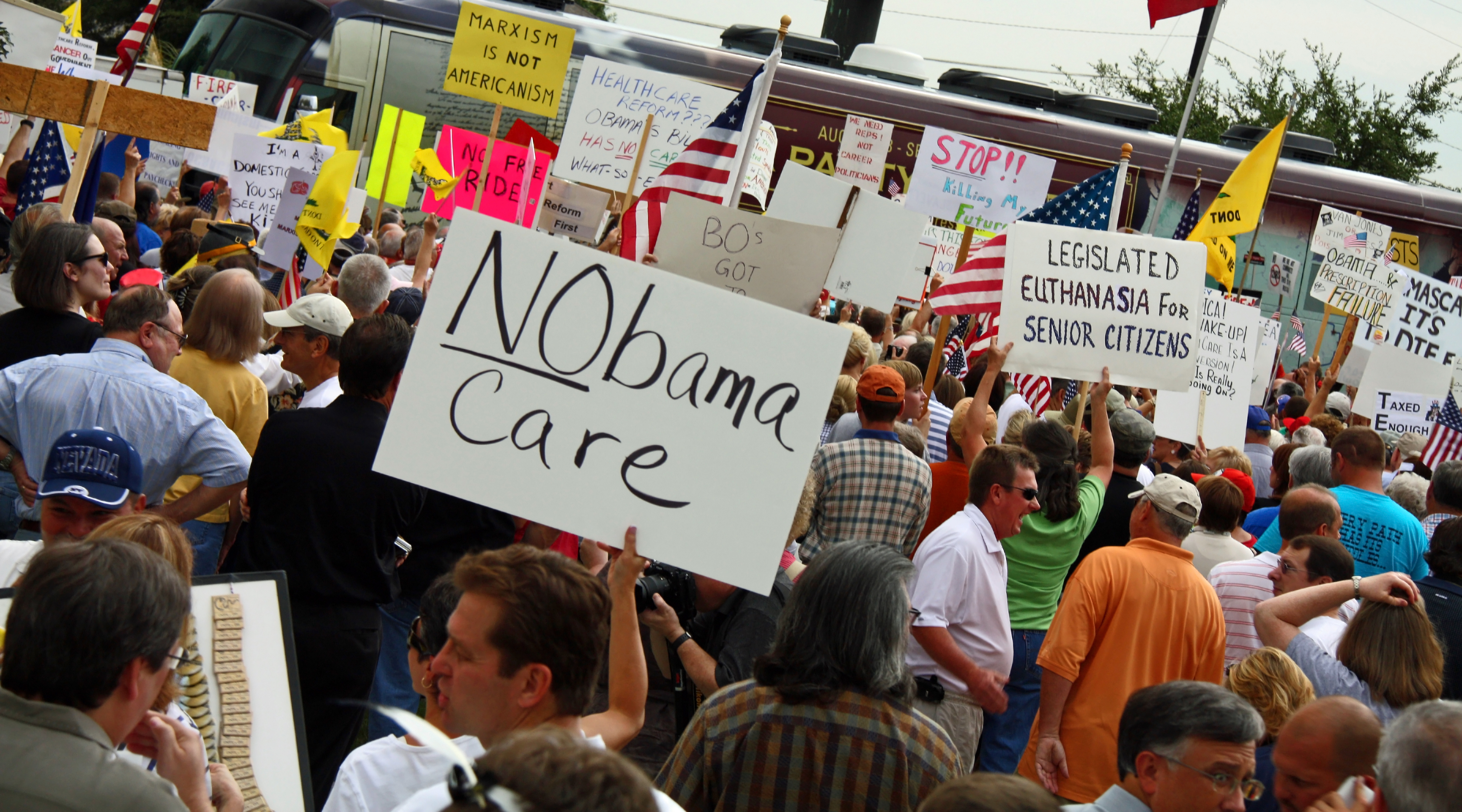 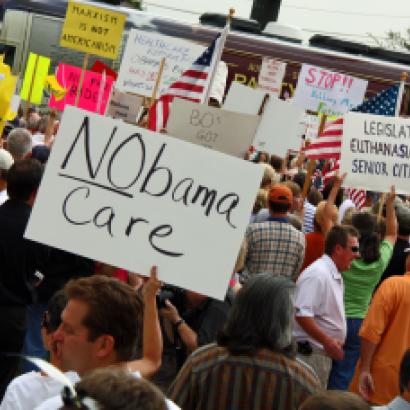 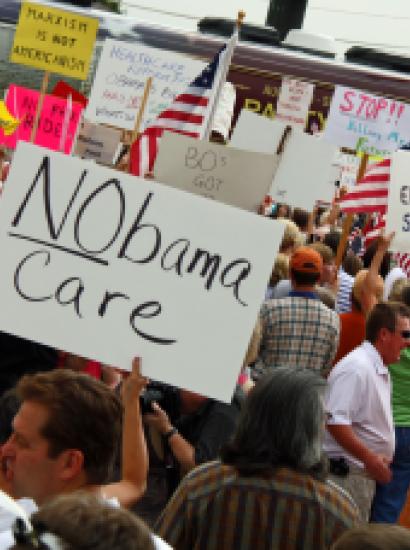 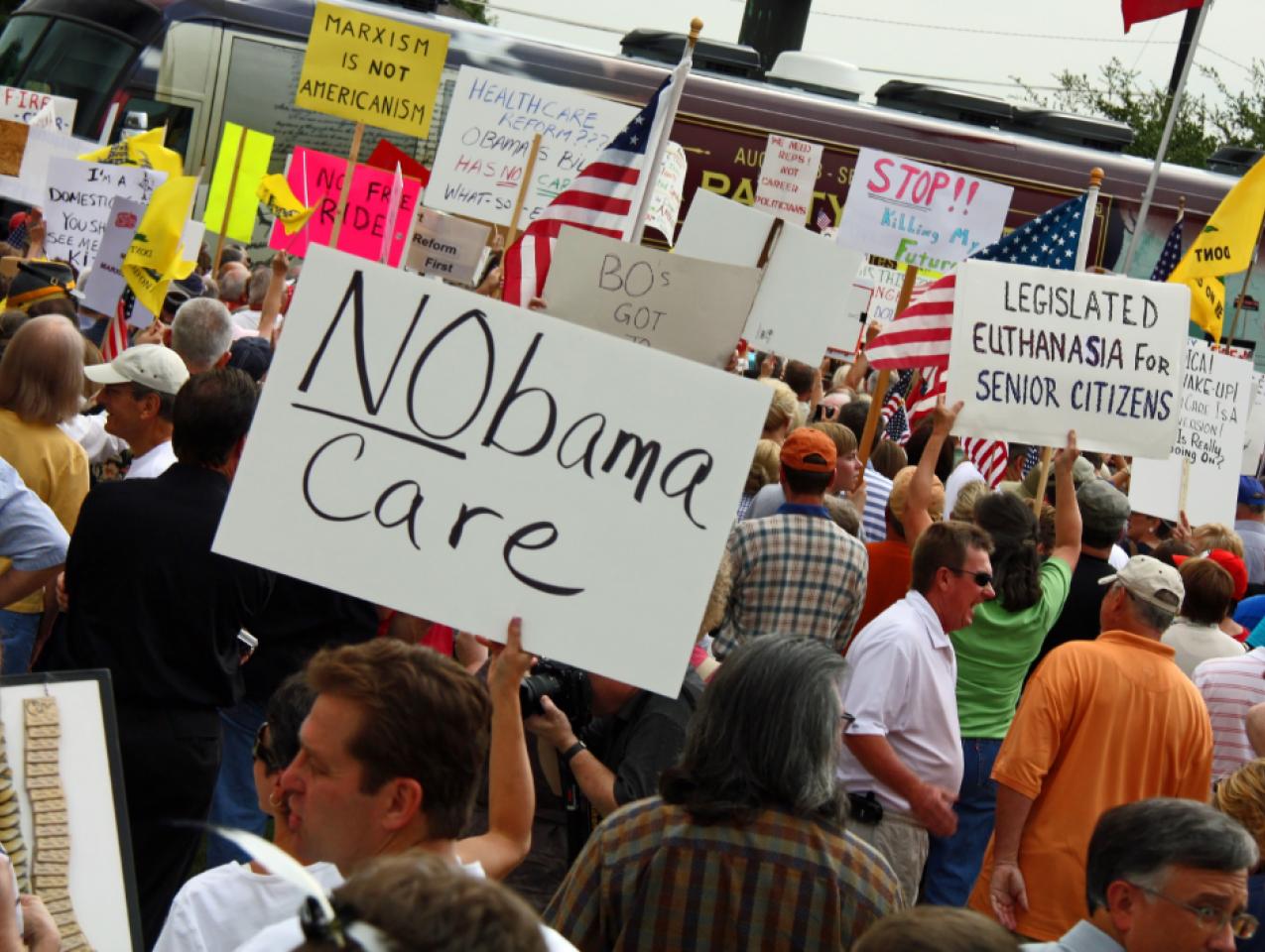 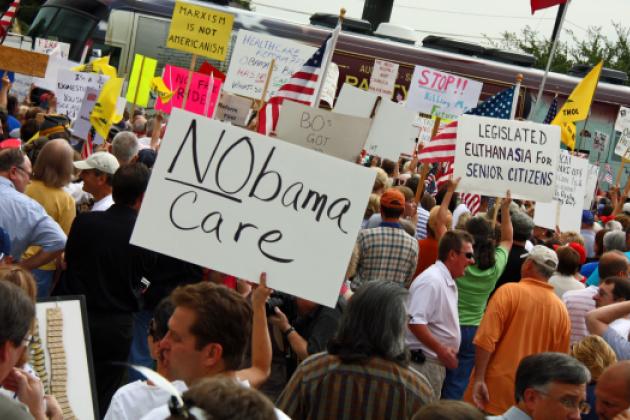 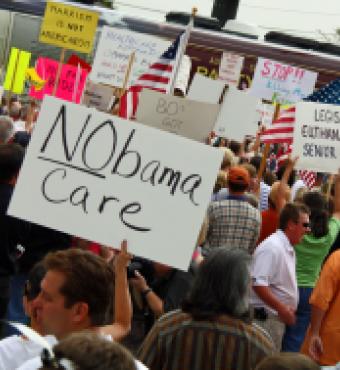 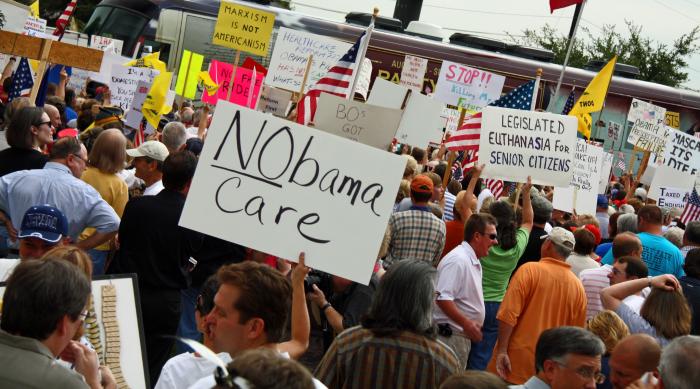 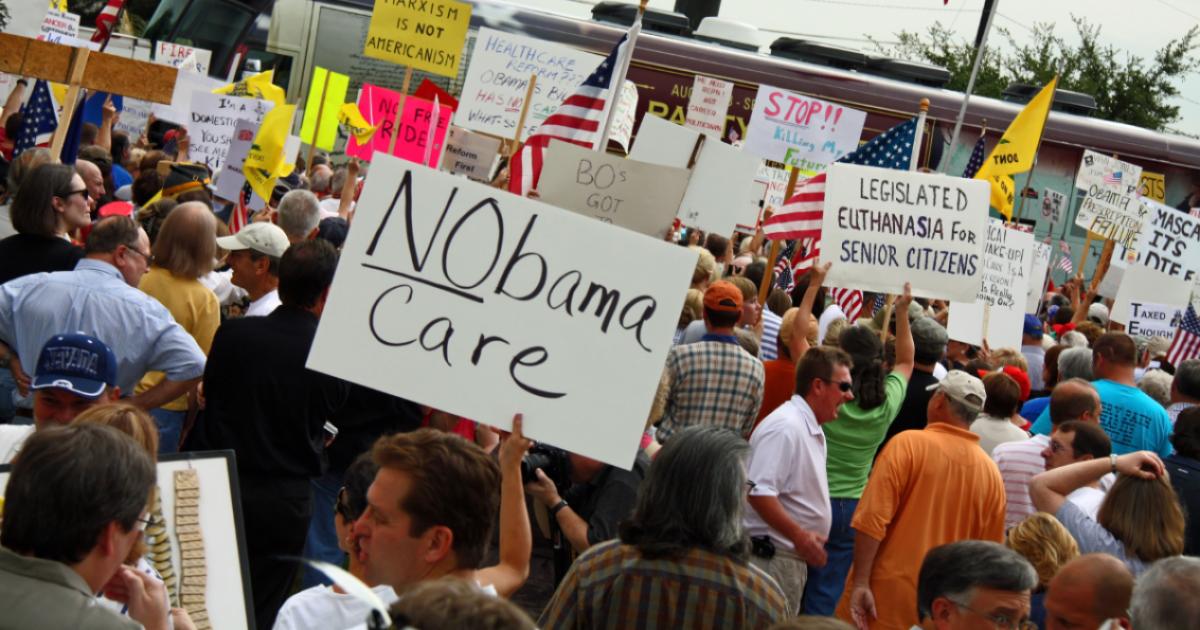 President Trump has issued a long overdue Executive Order (EO) opening up health care markets to a new regime of choice and competition. Of course, his liberal detractors are up in arms. In their joint statement, Senate Minority Leader Chuck Schumer and House Minority leader Nancy Pelosi concluded that Trump had “apparently decided to punish the American people for his inability to improve our health care system. It is a spiteful act of vast, pointless sabotage leveled at working families and the middle class in every corner of America.” John Cassidy of the New Yorker called Trump’s latest move “a spiteful act of vandalism.”

There are difficulties, both practical and legal, in undoing the Affordable Care Act (ACA), which never should have been implemented in the first place. But for our health care system to survive, it is necessary to bleed out the enormous cross-subsidies in which one group of insureds pay premiums to supply coverage to another group. It’s an unstable situation, but one that now keeps the health care exchanges afloat. These cross-subsidies are necessarily large because the ACA’s list of essential medical services mandates coverage for expensive and ill-defined items like habilitative services.

The ACA embodies all the pathologies of centrally planned systems by refusing to use prices to signal the relative worth of various goods. Worse, it requires all providers to allocate their expenditures between medical services and administrative expenses under its 80/20 Rule (or 85/15 for large insurers). That rule forces insurers to spend only 20 percent (or 15 percent) of its revenues on administrative expenses like signing up new accounts, even though the insurers are far better at allocating their own costs. Meanwhile, the individual health care insurance market has dwindled, for young people are opting out of its stacked systems. As Trump’s executive order notes, the ACA has not accomplished its chief goal of reducing costs: Premiums have nearly doubled since 2013, even with the large federal subsidy.

The Trump EO tries to mobilize the competitive forces that its critics disdain in order to accomplish the three key objectives of a sound health care system: affordability, quality, and access. The EO’s first step is “to facilitate the purchase of health insurance across state lines.” That simple statement reverses the corrupt Obama political deal that maintained the barriers to interstate competition as a huge financial sop to get insurance companies to back the ACA. These miscast legal entry barriers preserve monopoly pricing, which unnecessarily drives up health care costs. Removing them should reduce the price and increase the availability of coverage.

The critics of Trump’s EO fear that removing subsidies will price some people out of the system, or force them to get reduced coverage. But it is a mistake to assume that people are worse off with more limited coverage than they are with the bloated ACA plans. It is easy to ridicule the slimmer plans as scams that, in the words of the New Yorker’s Amy Davidson Sorkin, “never seem to cover people when they are actually sick and that extort and abandon those with preëxisting conditions.”

But these pre-Obama plans were standard fare, often negotiated by skilled third party professionals on behalf of groups of insureds in industry, religious, and fraternal organizations. These policies were typically renewed, which would not have happened if they did not supply their customers with net benefits. Recall that the objective of sound insurance is to provide the greatest net benefit over cost. It is not to provide the greatest amounts of coverage, when costs exceed benefits. It is for that reason that state mandates posed a great threat to voluntary markets prior to Obamacare (Illinois lists 21 pages of mandates). They operate as an implicit tax that has rendered some private plans unsustainable, thereby swelling the ranks of the uninsured.

On this point, the economics are clear. People who buy slimmer coverage may rue the day when they suffer from some adverse condition not covered by their skinny plans. But by the same token, many more individuals save considerable expense by not purchasing bloated coverage that they won’t need. The soundness of plans has to be evaluated from the ex ante perspective. Ex post regret is a fact of life in all insurance plans, as in all contracts.

Nor is there any case for thinking that all preexisting conditions should be fully covered. These are known losses, not uncertain risk. When everyone knows that some insureds will necessarily recover more from the insurance company than their premium payments, other insureds have to pick up the slack, making their coverage less attractive. The ACA accentuated this problem by allowing people to jump into a health care plan just before some planned expensive treatment only to leave once it was completed. The often disparaged limitations for the insurability of preexisting conditions are a legitimate effort to control the serious risk of adverse selection, which aggravates the cross-subsidies found in any and all insurance plans.

Once the subsidies are bled out of the system, it becomes necessary to allow companies to offer thinner coverage programs with lower premiums. The Trump Executive Order takes strides in this direction by permitting three new ways to keep costs down. The first allows for the formation of association health plans (AHPs) that allow small employers to band together to form larger pools that should be able to better attract some lower rates, in part because they can spread their administrative costs, including those for regulatory compliance, over a larger customer base. These groups can perhaps lure back many individuals and employers who have opted out of the ACA. There is always the question of whether these programs are consistent with current law. But if the Obama administration dialed up these restrains through its regulations, the Trump administration should be able to tamp them down, without running afoul of the statute.

The second reform involves expanded availability of Short-Term, Limited Duration (STLD) Insurance. This key reform extends the interim period for which these thin coverage pools may operate, in ways that could work synergistically with AHPs. The Obama administration was troubled by the migration toward STLDs, and thus cut down the duration of these programs from one year to three months. That attitude is infected by the fundamental error that always assumes that extensive mandates are better than more limited policies. At the very least, the Trump administration can allow these plans to operate for at least one year and perhaps more.

The final reform is the creation of employer-funded individual Health Retirement Accounts (HRAs), which, by allowing contributions today that could be spent tomorrow, adds an additional level of flexibility into the system. This device is suitable for some, but not all people.

All of these reforms are long overdue. It remains, however, an open question as to whether market responses can move quickly enough to offset the loss of subsidies. Many people predict that the entire health care market will implode without those subsidies. My own prediction is less dire. Once current plan members know that attractive alternatives are open to them, the movement toward these nonsubsidized plans will take place more rapidly and smoothly than expected, at which point many of the worst features of the ACA will be undone without new legislation. People will buy the policies they actually want.

The opponents of Trump’s EO also claim that it illegally strips out the insurance subsidies from the current system. Thus the New Yorker’s Sorkin denounced “a highly technical reading of the legislative fine print” when Trump and his Attorney General Jeff Sessions relied on a 2016 decision by Judge Rosemary Collyer of the District of Columbia District Court that found the Obama administration’s use of “cost-sharing reductions” (CSRs) unconstitutional. Stripped to its essentials, the ACA relies on two different types of subsidies. The first involves a permanent Congressional appropriation for premium tax credits under ACA section 1324. The current law allows qualified individuals to reduce their insurance premiums with refundable tax credits. The premium tax credits then give insurers an offset against those revenue losses. In contrast, under section 1402 of the ACA, CSRs are payments to covered insurers to offset lost revenue when they sweeten customers’s insurance policies by offering, for example, desirable co-pays. These CSRs require by statute an annual appropriation by Congress. The Obama administration consciously conflated the two sections to act as if CSRs did not need an annual appropriation, which ran afoul of the plain meaning of the statute.

No one knows how the new EO will play out. But it marks a major advance over the ACA and has the virtue of not being a bowdlerized version of the Republican’s failed repeal-and-replace program. It’s too bad the policies contained in the EO were not tried sooner.

Richard A. Epstein, the Peter and Kirsten Bedford Senior Fellow at the Hoover Institution, is the Laurence A. Tisch Professor of Law at New York University Law School, and a senior lecturer at the University of Chicago.