In January, the Trump administration unveiled its strategy for Syria. In an address at the Hoover Institution, Secretary of State Rex Tillerson laid out five key objectives, in the process, made clear that the top priority was containing Iran.  The US, he said, would deny Iran the “arch” it is building from Tehran to the Mediterranean, and it would prevent Iran from using Syria as a springboard from which to threaten neighboring countries. 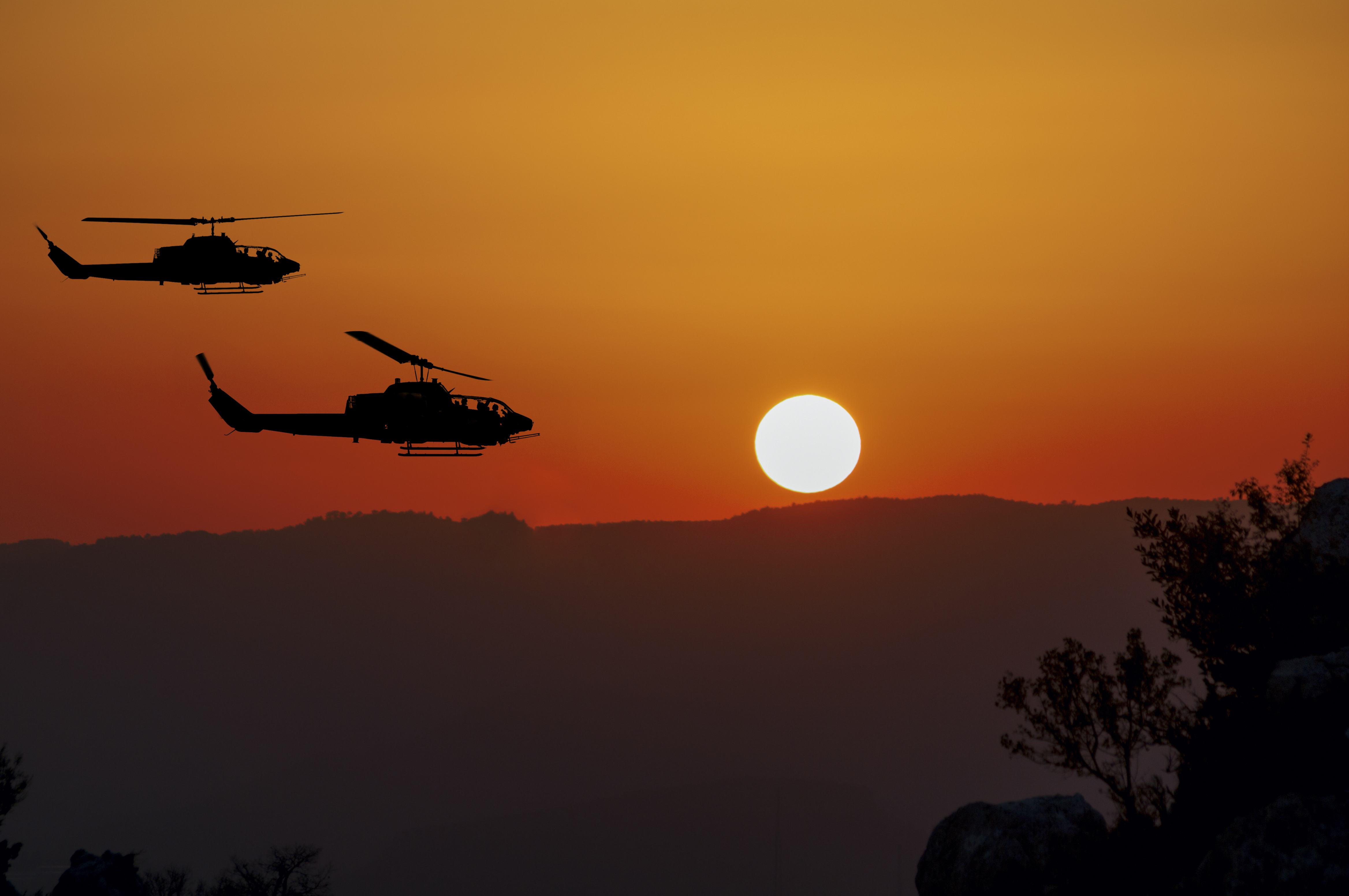 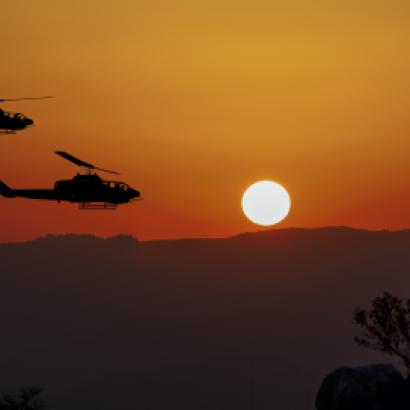 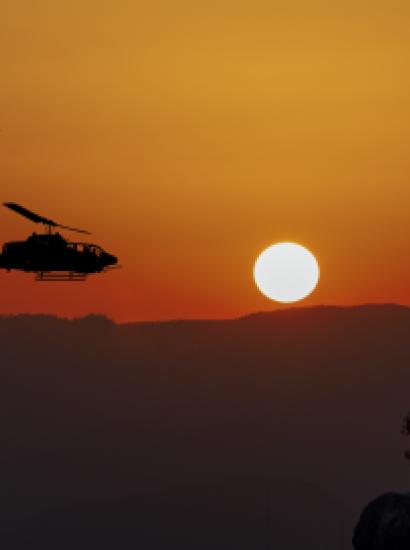 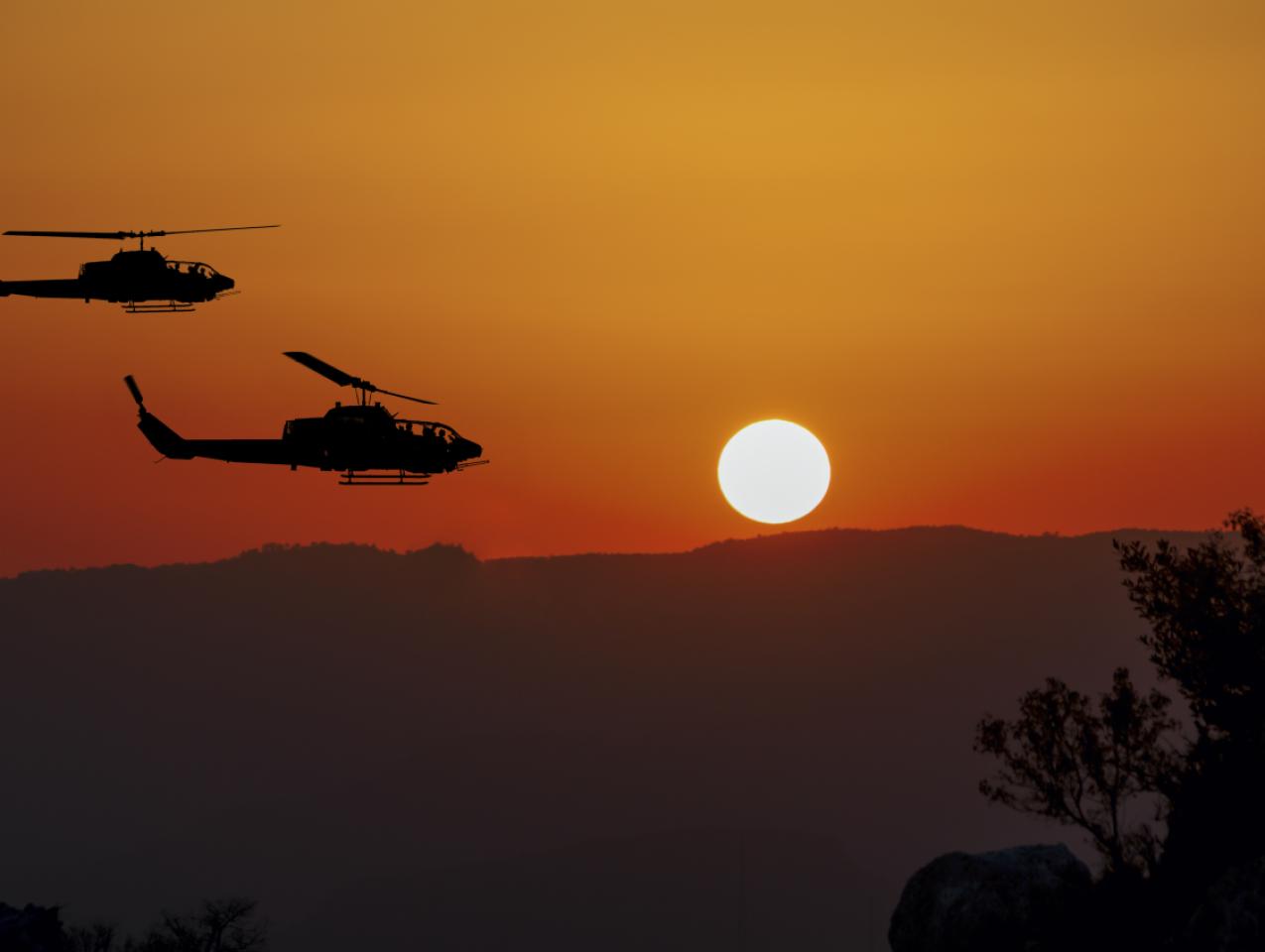 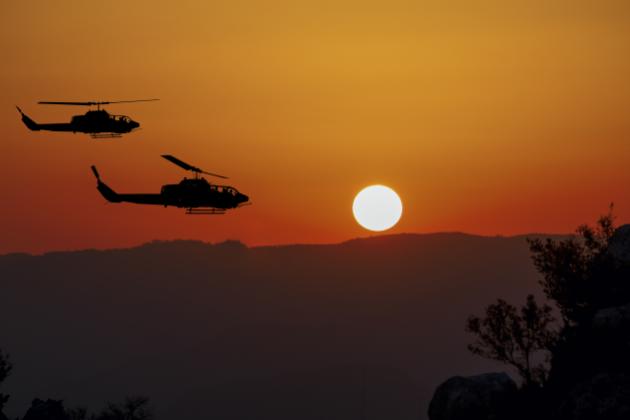 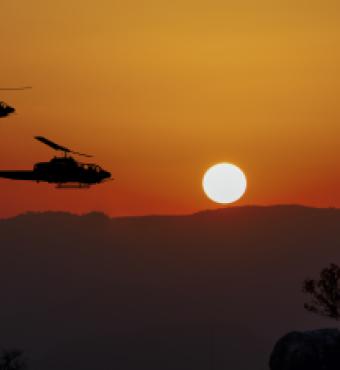 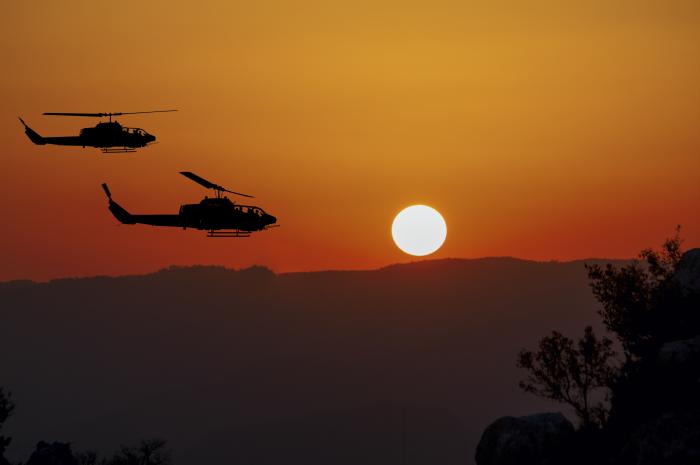 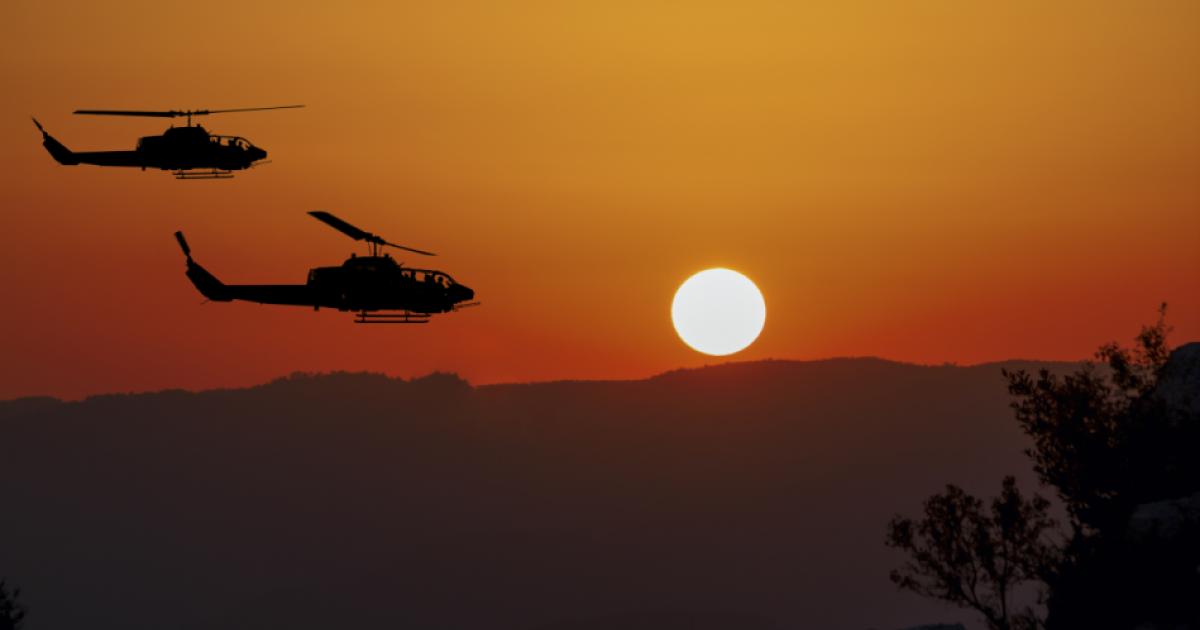 In January, the Trump administration unveiled its strategy for Syria. In an address at the Hoover Institution, Secretary of State Rex Tillerson laid out five key objectives, in the process, made clear that the top priority was containing Iran.  The US, he said, would deny Iran the “arch” it is building from Tehran to the Mediterranean, and it would prevent Iran from using Syria as a springboard from which to threaten neighboring countries.

These goals make perfect sense now, and they should have appeared equally cogent to the Obama administration as well. Rather than pursue them, however, President Obama allowed Tehran to expand its influence in Iraq, Syria and Lebanon (to say nothing of Yemen). He also turned a blind eye to Russia’s intervention in Syria which only served to strengthen Iran and to help it consolidate its gains.  The result has been a strain on US regional alliances and NATO, along with the reemergence of Russia as a revisionist power in the eastern Mediterranean.

In practical terms, however, an effective Iran strategy would also contain Russia, which is almost completely dependent on Iran for ground troops in Syria.  But this requires a shift in American thinking. For the past decade, counterterrorism has dominated US policy in the region. Washington’s attention has been focused on non-state actors such as ISIS, which has led to ignoring, or even enabling, dangerous geopolitical shifts and the empowerment of adversarial states. It is noteworthy, therefore, that the National Defense Strategy, also released in January, emphasized that “inter-state strategic competition, not terrorism, is now the primary concern in U.S. national security.” In the context of the Middle East, this is an important principle to right America’s strategic posture and alignments, upended by Obama’s pro-Iran policy, and should serve as the foundation for US policy in Syria.

The Trump administration, however, has so far been more effective at enunciating compelling principles than at translating those principles into policy. There remains a gap in the administration's rhetoric. At a House Armed Services Committee hearing in February, CENTCOM Commander Gen. Joseph Votel removed the military component from the strategy. Even as he described Iran as “the major threat to US interests and partnerships” in the region, Gen. Votel explained that countering Iran in Syria was not “a US military objective,” but rather a broader “US objective,” which could be pursued “other than through military means.”

If the American military were to compete more aggressively with Iran in Syria what would that strategy look like?  Recent developments point the way. On February 7, a battalion-size force of pro-regime fighters, including groups commanded by the Islamic Revolutionary Guard Corps (IRGC), Russian mercenaries, and Syrian militia, attacked a compound of the US-backed Syrian Democratic Forces (SDF) near the Conoco gas fields in Deir Ez-Zor. Within hours, the American military annihilated half of the attacking force.

The firepower the US brought to bear and the swiftness with which it dispatched Iran’s and, notably, Russia’s forces ought to give some perspective about the powerful capabilities American forces wield. Stated differently, the issue for the US in Syria is not one of capability. Rather, it is one of posture and clarity of purpose. Limits on the use of American military, economic and political power in Syria are often arbitrary and self-imposed. Now that US policy no longer accedes to Iranian control in Syria, these limits must be rationally and carefully evaluated and re-thought within the framework of the declared strategy.

The American show of force in Deir Ez-Zor sent a crucial message to the local Sunni Arab population: the US will not allow the Iranians and the Assad regime to encroach on the area not just controlled by the US, but also by its allies. Lastly, the US made abundantly clear it will deny the Assad regime and its external supporters access to the energy resources now under American control in eastern Syria. This combination of superior military force, staying power, and protection of economic resources is a critical foundation to deny Iranian and regime forces the territory of eastern Syria and the border with Iraq.

Despite these merits, the US attack on the Russian and Iranian forces was entirely defensive. It aimed only to deter the Iranians against trying to capture areas in the US zone of control. Such a defensive posture will not achieve Tillerson’s stated objectives of cutting off Iran’s territorial continuum and degrading its position in Syria.

If the administration is sincere about these goals, it must consider two additional steps: going on the offensive, if only to attain limited and clearly defined goals; and working more closely with regional allies, especially Israel.

Israeli assets can augment US capabilities considerably. A few days after the skirmish in Deir Ez-Zor in February, Iran flew a drone into Israeli air space. Israel responded by destroying the Iranian command center at the Tiyas military air base near Palmyra, and then proceeded to bomb a large number of Iranian and Assad regime targets. The episode again underscored the vulnerability of Iran, to say nothing of the brittle Assad regime. Close coordination with Israel to expand this ongoing targeting campaign against Iranian and Hezbollah infrastructure, senior cadres and logistical routes, and amplifying it with US assets in the region, would have a devastating effect on Iran’s position in Syria.

By going on the offensive, the US will also strengthen Israel’s hand with Russia, reducing its need to petition the Kremlin and thereby diminishing Moscow’s ability to position itself as an arbiter on Israeli security. For instance, instead of haggling with Russia to obtain its commitment to keep Iran 5 or 7 kilometers away from the Israeli border, the US could adopt the Israeli position on Iran’s entrenchment in Syria and assist Israel in enforcing it. Such a posture would have a direct effect on another critical ally, Jordan, whose role is of high importance in southern Syria and in the US zone in the east.

Assad and Iran are the scaffolding on which the Russian position stands. Targeting them, therefore, undercuts Moscow and reduces its leverage.  By merely forcing Russia to respect Israeli and Jordanian needs on the border, the US would undermine Russia’s attempt, more generally, to leverage its position in Syria to make headway into the US alliance system.

In addition to adopting a more offensive military posture, the US should also intensify the economic chokehold on Assadist Syria. US policy, as Sec. Tillerson made clear, is to “discourage economic relationships between the Assad regime and any other country.” The US should not only deny the regime access to “reconstruction” money, but also it should increase and tighten sanctions on the regime and its allies.  Leaning heavily on neighbors that help Assad evade sanctions, especially Lebanon, which continues to facilitate the Assad clique and its cronies in circumventing sanctions, should be a priority.   Likewise, the US should encourage Amman to continue denying Assad access to the border crossing in Deraa and prevent a resumption of trade. The regime should effectively be treated as North Korea on the Mediterranean.

An economic blockade would also place responsibilities on the United States. With the skirmish in Deir Ez-Zor, the US showed it will deny the regime and its backers access to the resources of east Syria.  The US should turn this attitude into a principle of policy.  It should, that is to say, make clear to local allies in the US zone that it stands firmly against so-called “reintegration,” political or economic, with the regime. These resources are to be used to help locals in the US zone economically, which, along with military means, is an important tool to keep the regime from making inroads with parts of the population in the area. Along with proper economic management of those resources, alternate trade relationships will need to be developed especially with Jordan and Turkey.

Which brings us to what is perhaps the thorniest challenge: repairing the relationship with Turkey. President Obama’s policy deliberately upended geopolitical alignments in Syria, most visibly with Turkey. The counter-ISIS campaign has hardened this misalignment by deepening the US relationship with the Syrian Kurdish PYD party and its militia, the People’s Protection Units (YPG), the Syrian branch of the terrorist PKK group at war with Turkey. The concerns of NATO ally Turkey need to be addressed to avoid further deterioration that benefits Russia and increases its leverage.

At the same time, however, the US cannot allow either the YPG or Turkey to undermine the principal US objective in Syria: countering Iran. The good news is that both sides need the US and want its support. The US will need to try and chart a middle path, imposing strict limits and conditions on the YPG and accommodating Turkish requests, while also extending certain guarantees to the Syrian Kurds, who already enjoy undreamed of levels of autonomy thanks entirely to US support. For all their problems, at this point it’s neither in the interest of Turkey nor of the US to have the YPG go from under the American thumb to become a potential instrument of Russia and Iran. At the same time, the US needs to develop Sunni Arab allies and structures to hold and govern Arab majority areas in order to avoid Kurdish-Arab tensions that the regime and Iran could exploit.

This is a tall order, to be sure. However, the US cannot lose sight of its overriding interest in Syria: breaking Iran’s position. As the US Syria strategy correctly notes, “expelling Iranian influence from Syria” depends on ending the Assad regime. Going after Iranian and regime assets, in close coordination with Israel, will simultaneously undercut the Russian position and push back against its drive to translate its presence in Syria into geopolitical gains and incursions into US alliances.

To do this, the US needs a change in mindset, away from counterterrorism toward an emphasis on strategy and balance of power. The US doesn’t lack the means for this task. It just needs clarity of purpose and seriousness in pursuing its objectives. That means going on offense against Iran in Syria.