Why Was The Steele Dossier Not Dismissed As A Fake?

Political and media partisanship was the enemy of common sense. 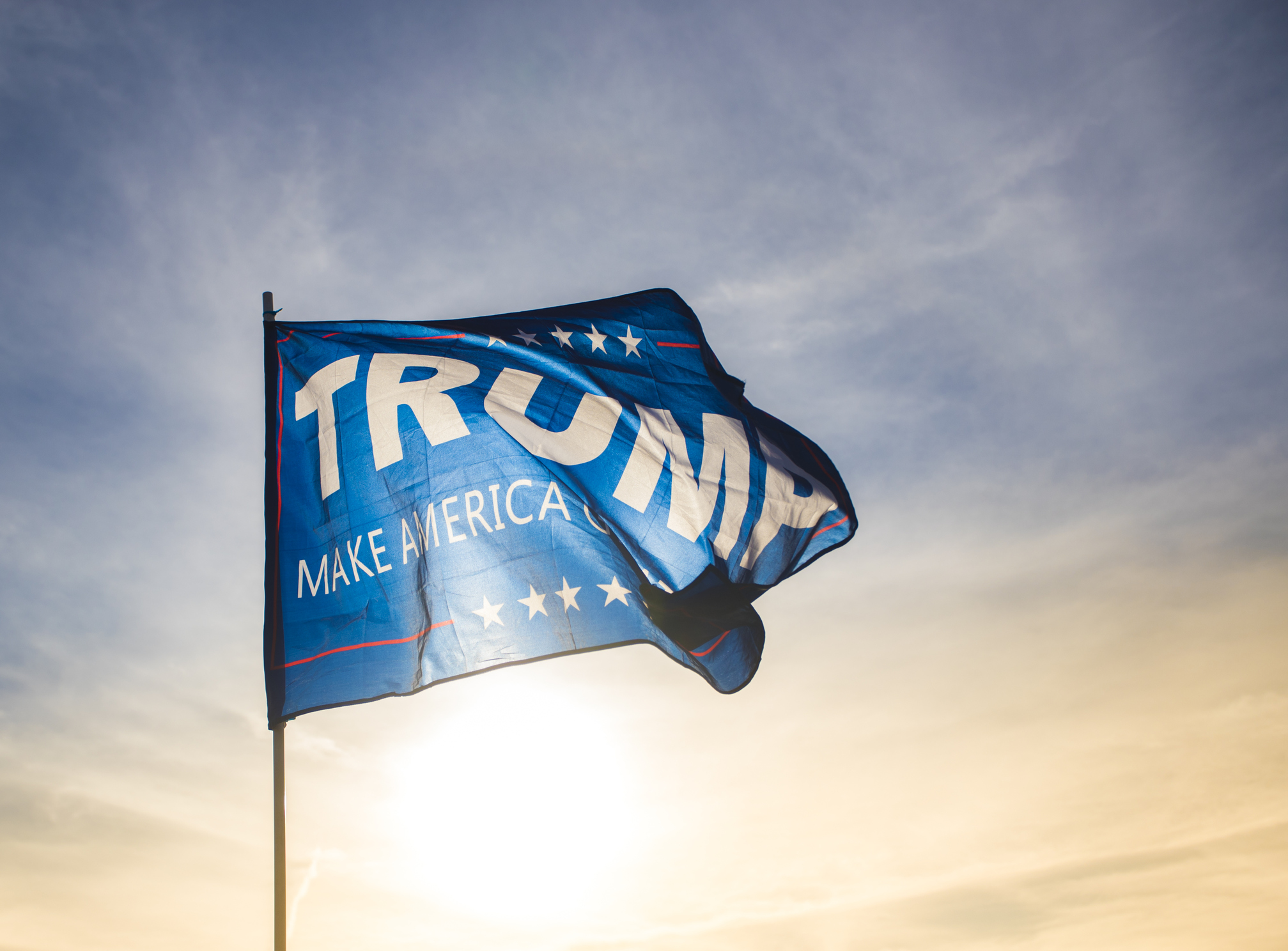 Why Was The Steele Dossier Not Dismissed As A Fake? 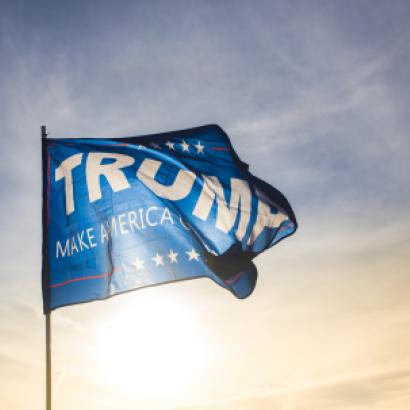 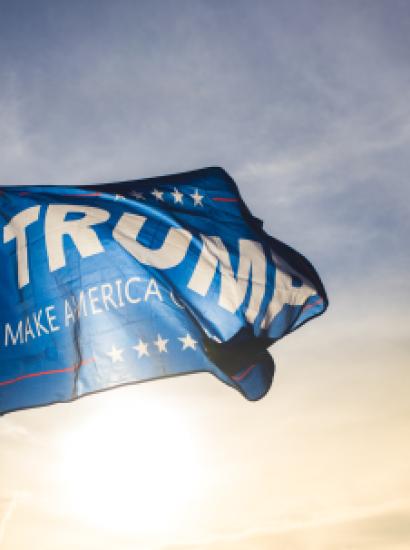 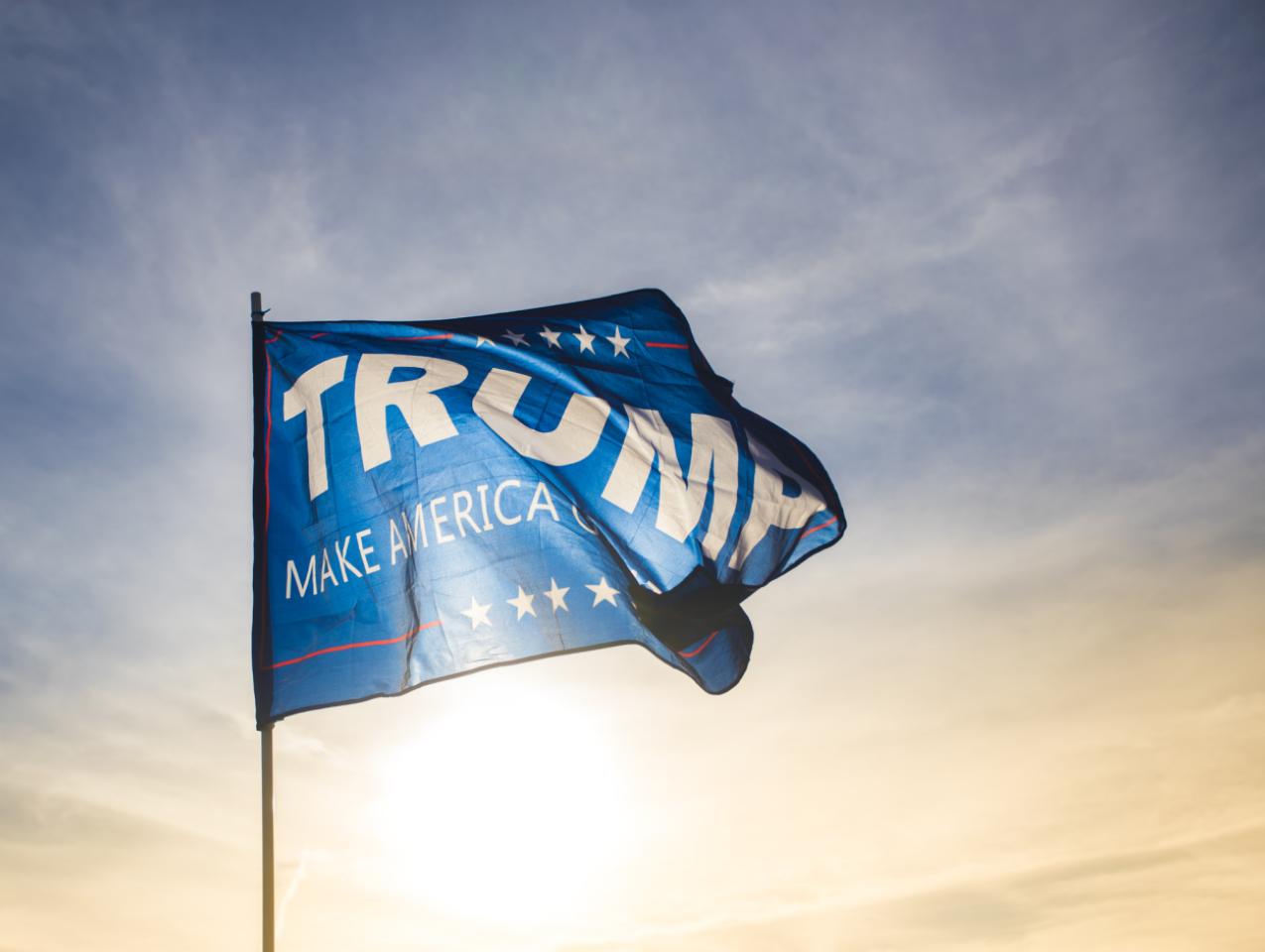 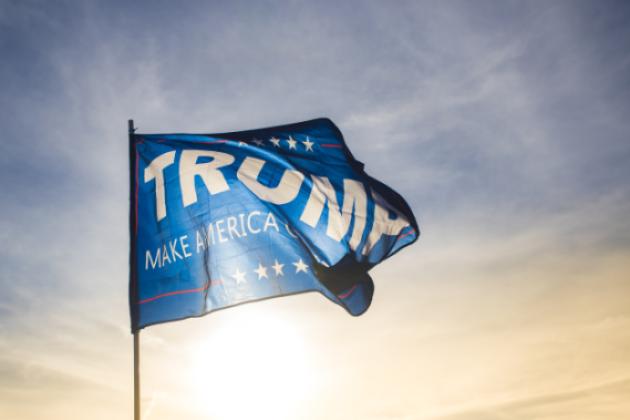 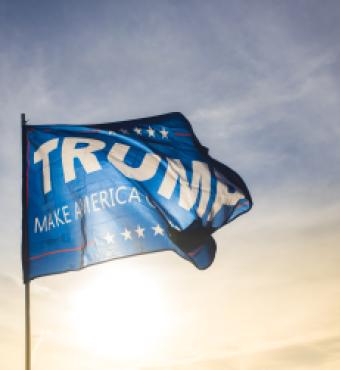 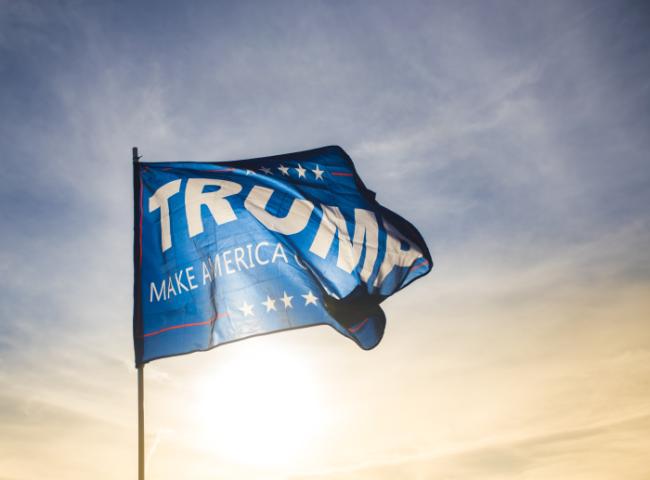 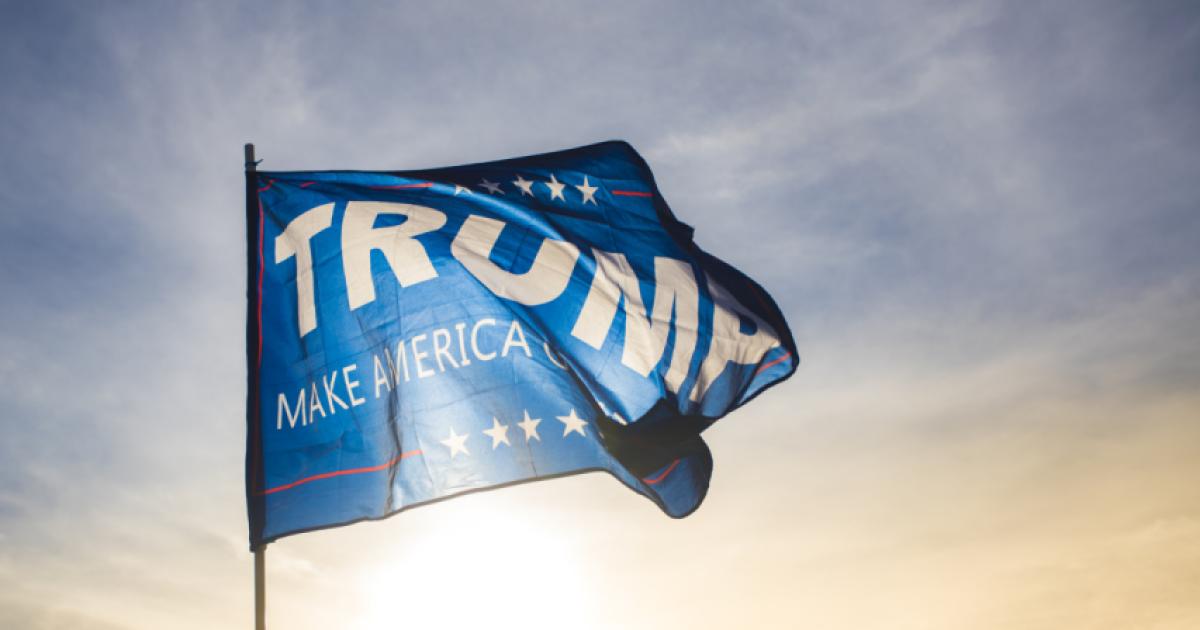 A cursory examination of the Steele Dossier should have convinced the CIA or the FBI that it was fake news. Any residual doubt would have vanished after learning that its author, Christopher Steele, was an opposition researcher paid by the Democrats to dig up dirt on Trump. That our most sophisticated government officials acted as if the Dossier were legitimate leads to only one conclusion. They were a knowing and willing  part of the Democratic and media smear of a presidential contender, and then president, that paralyzed U.S. politics for three years.

We now know that the Steele Dossier is bogus. Inspector General Michael Horowitz drove the final stake through its heart. He found that the Dossier was compiled from hearsay and third-hand gossip from two low-level sources and that they denied the testimony attributed to them. The only “verified” information that Horowitz found was available from public sources.

Let’s review the story of the Steele Dossier and ask whether clear-thinking unbiased persons in media or government would have taken the charges in the Dossier so seriously as to use it as the roadmap to Russian government officials’ purported alliance with Trump employees and campaign aides to help his election.

The widespread use of the term “roadmap” is telling. It suggests, yes, there  must be something to the charge that Trump colluded with an enemy power. We’ll find proof if we follow the clues that Steele has given us.

Let’s go back to the beginning and my own small role in the matter:

On January 11, 2017, BuzzFeed, a frequently contentious media platform, published a confidential report, titled “Republican candidate Donald Trump's Activities in Russia and Compromising Relationship with the Kremlin.” Purportedly gathered by former MI-6 agent, Christopher Steele, from high-level informants from within Vladimir Putin’s (and Trump’s) inner circles, Steele claimed, in effect, that  Trump, was an agent of Putin’s Kremlin. The Dossier gave never-Trumpers the tantalizing excuse that Trump’s collusion with the Kremlin  caused the unlikely defeat of Hillary Clinton.

If true, Steele would have uncovered the most sensational scandal in American history – an American Manchurian candidate about to assume the reins of executive power in a mere nine days.

I entered this fray two days after BuzzFeed with my article titled,  The Trump Dossier Is Fake -- And Here Are The Reasons Why. The article attracted an audience of 185,000. I followed with a series of articles that challenged Steele’s Dossier.

Unlike media, the FBI, and intelligence services, I had no special sources or leakers. Instead, I had to rely on common sense, made muscular by more than a half-century of following the Kremlin and, most recently, Putin’s hybrid war against Ukraine.

Instead of chasing after the Dossier’s few verifiable facts, I used simple smell tests: Do the events described in the Dossier make any sense given what we know about how Putin and the Kremlin operate?

In intelligence circles, the credibility of sources is the first question asked. Are they who they say they are? Can we trust what they are telling us? Do the sources have a hidden agenda? On all counts, Steele’s sources fail.

Steele identifies his sources as “trusted compatriots,” “knowledgeable sources,” “former intelligence officers,” “ministry of foreign affairs officials,” and an “ethnic Russian” in Trump’s immediate circle. One of his sources  even works within earshot of Putin. This is an impressive list for a retired MI6 agent, turned opposition researcher, who had not actively worked in Russia for a quarter century.

The dossier thus purports to be a breathtaking peek into the highest echelons of Putin’s Kremlin. Dossier informants claim first-hand knowledge of important events, among them that Putin personally ordered the DNC hack, that Putin and his press secretary control a Hillary Clinton dossier (compiled not from hacks but from her past visits) and that the head of Russia’s national oil company offered a minor Trump associate a gargantuan bribe in return for a cancellation of sanctions. Trump’s “ethnic Russian” colleague  testifies to organizing sexual escapades for Trump in an elite Moscow hotel.

In a recent article from April 2019, respected  liberal Russian commentator, Yulia Latynina, summarizes Steele’s “source problem” for those who do not know how Putin’s Russia works:

“Christopher Steele, the humble head of a small consulting company Orbis with a dozen employees, including cleaners, has ‘sources’ everywhere: in the Kremlin…moreover, at the very top…After all, ‘sources’ of this kind in Russia… have their own palaces, yachts, private jets. It is not entirely clear why these corrupt billionaires…should reveal top-secrets to a consultant who had not visited Russia for 13 years?”

There are three possible explanations for Steele’s fly-on-the-Kremlin-wall claims, and none bode well for Steele and the “road-mappers.”  Either the Dossier is a work of fiction, or pure gossip and hearsay from low-level informants, or it is Russian disinformation (desinformatsii), somehow planted with Steele by Kremlin “information technologists.”

Steele’s outrageous claim of the highest-level Kremlin sources should have been enough to toss its contents into the nearest trashcan while revving up an investigation of Russian disinformation, circulated by hired consultants of the DNC and Clinton campaign. (Note: It was not until late October 2017 that we learned that Steele’s opposition research was funded by the DNC and Clinton campaign.).

Instead of the trashcan, the media and intelligence services pursued the Dossier “roadmap” with diligence and selective leaks, although in April of 2017, Steele himself confirmed under oath that his claims are unverified. Of course they are, because who can verify the most intimate workings of rarified circles of Putin’s immediate entourage? This inconvenient fact, however, did not prevent Steele from trying to peddle his Dossier to the media, the state department, and sundry Trump opponents.

Here is how Steele describes the secret Moscow meeting in July of 2016 between Sechin and Page, identified as part of the US Republican presidential candidate's foreign policy team:

“Sechin’s associate said that the Rosneft President was so keen to lift personal and corporate Western sanctions … that he offered PAGE associates the brokerage of up to a 19 per cent (privatized) stake in Rosneft in return PAGE had expressed interest and confirmed that were TRUMP elected US president, then sanctions on Russia would be lifted.”

Would master-plotter and Kremlin in-fighter, Sechin, really offer minor-leaguer Page an approximately $750 million brokerage commission, all in return for a promise to lift sanctions if—and what a big “if”—Trump were elected? (Note: The betting odds of a Trump win were 12 to one at the time.)

Such a deal requires two fools: Sechin and  Trump, the clandestine recipient of almost a billion-dollar bribe from the Kremlin and hence making himself a ready subject of blackmail.

This remarkable secret-of-secrets was purportedly revealed to Steele by a “trusted compatriot," a senior member of Sechin’s staff, and disclosed by Sechin himself. To believe Steele on this matter would require three sets of loose lips in Rosneft’s fortress offices.

Let’s move on to the golden shower:

Russian kompromat offers up sexual perversion as a standard feature. The perversion of choice seems to be pedophilia. Steele’s  tale of Trump cavorting with prostitutes in a Moscow luxury hotel fits the Russian template, but Steele’s piece de resistance is an exotic “golden shower” of prostitutes hired to defile a hotel suite occupied earlier by the Obamas.

Such a story, other than being expected, requires a reckless Trump blissfully unaware of cameras mounted to catch every angle of the sexual perversions going on. I guess Steele needed to bolster  this scene so he claims all kinds of witnesses (who conveniently can’t be found) in the know of what would have been an intelligence operation for the ages – the blackmail of a future U.S. President. Further, it does not help that the ethnic Russian, who supposedly organized the “Golden shower,” denies any knowledge of the cavorting Trump.

A final reason for tossing the Steele Dossier is its outright mistakes, that those seeking to validate it seem to ignore. That a Petersburg military intelligence organization (of the GRU) hacked the DNC and Clinton campaign seems to be one of the few facts that is generally accepted, despite Trump’s own remaining skepticism. Why then does the Steele Dossier  say the hacking was done by Russian operatives in the U.S. being paid illicitly out of Russian social security funds?

Even more ludicrous is the painting of  Carter Page, a Caspar Milquetoast, as the puppet master of the decade-long collusion between the Kremlin and Trump. I wonder in which London bar that story was dreamed up?

The Steele “road map” seems to be leading investigators in the wrong direction.

This essay seeks to answer why such obvious fake news was introduced by our own intelligence services (including the former head of the FBI) and media into the public discourse by means of deliberate leaks? We must ask: How could such fakery eventually lead to FISA surveillance warrants of U.S. citizens, the appointment of a special counsel, and the attempt by Trump opponents to use Steele to build an impeachment case? Why was the Dossier not investigated quietly by professionals, swiftly discarded, and attention directed towards possible Russian disinformation?

There are several possible answers:

First, the overwhelmingly anti-Trump media wanted the  Dossier to be true and ignored the obvious signs of fakery.

In less-partisan times, the winner of the media race to prove or disprove the Dossier would go down in history, adorned with Pulitzers and other accolades. But these are not normal times. Reporters from the New York Times and Washington Post won Pulitzer Prizes for “their deeply sourced” (read: flawed) writing on the Russian affair, while Wall Street Journal opinion writers, above all Kim Strassel, got it right, but no prize.

Second and more disturbing, heads of intelligence services were either grossly incompetent or vested in discrediting a new U.S. President,with whose views they disagreed. Neither explanation is palatable. There may not be a “deep state,” but individual actors seemed to act as if there is such a thing.

Third, there continues to be a curious lack of interest in the “respectable” links between Russian interests and the Washington lobbying elite. The opposition research firm that commissioned the  Steele Dossier (Fusion GPS) also  represented Russian interests in its most important lobbying endeavor (lifting the Magnitsky sanctions). Were respected Washington firms, headed by retired Democratic and Republican figures,  somehow involved in schemes, such as the Steele Dossier, which gave Vladimir Putin his greatest foreign policy achievement – the paralysis of the U.S. government?