The Wonders Of Economic Growth

Today’s living standards are leaps and bounds higher than those of even the best “good old days.” 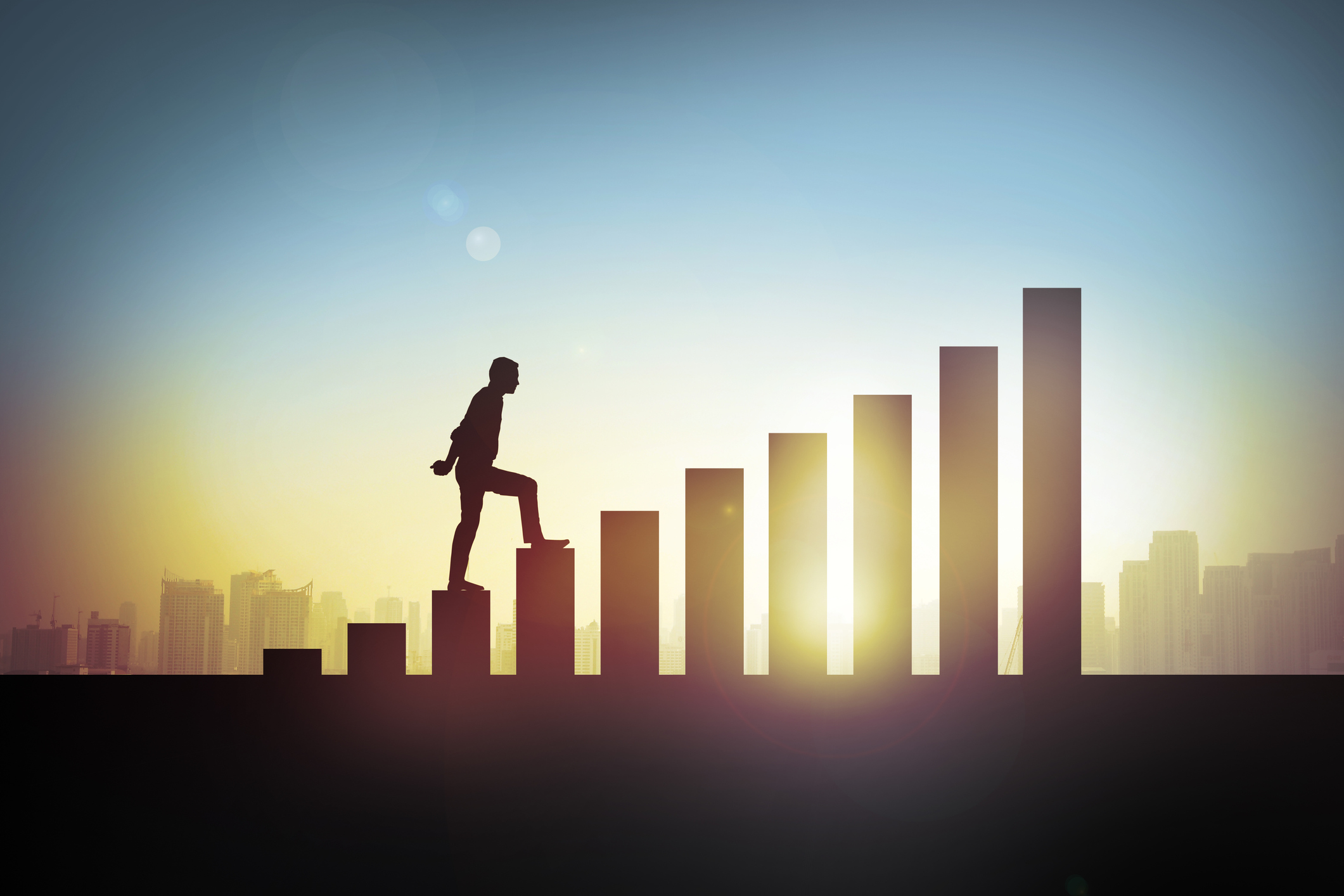 The Wonders Of Economic Growth 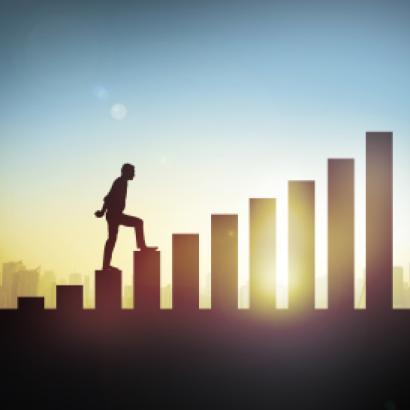 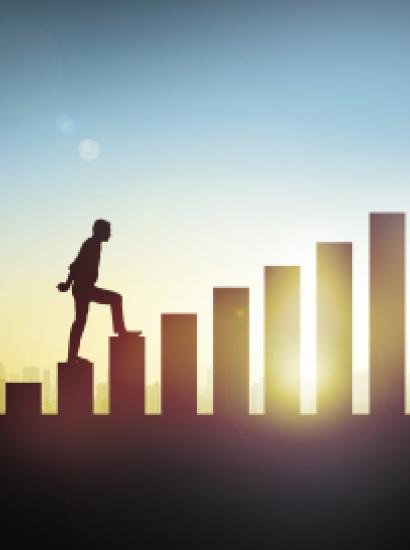 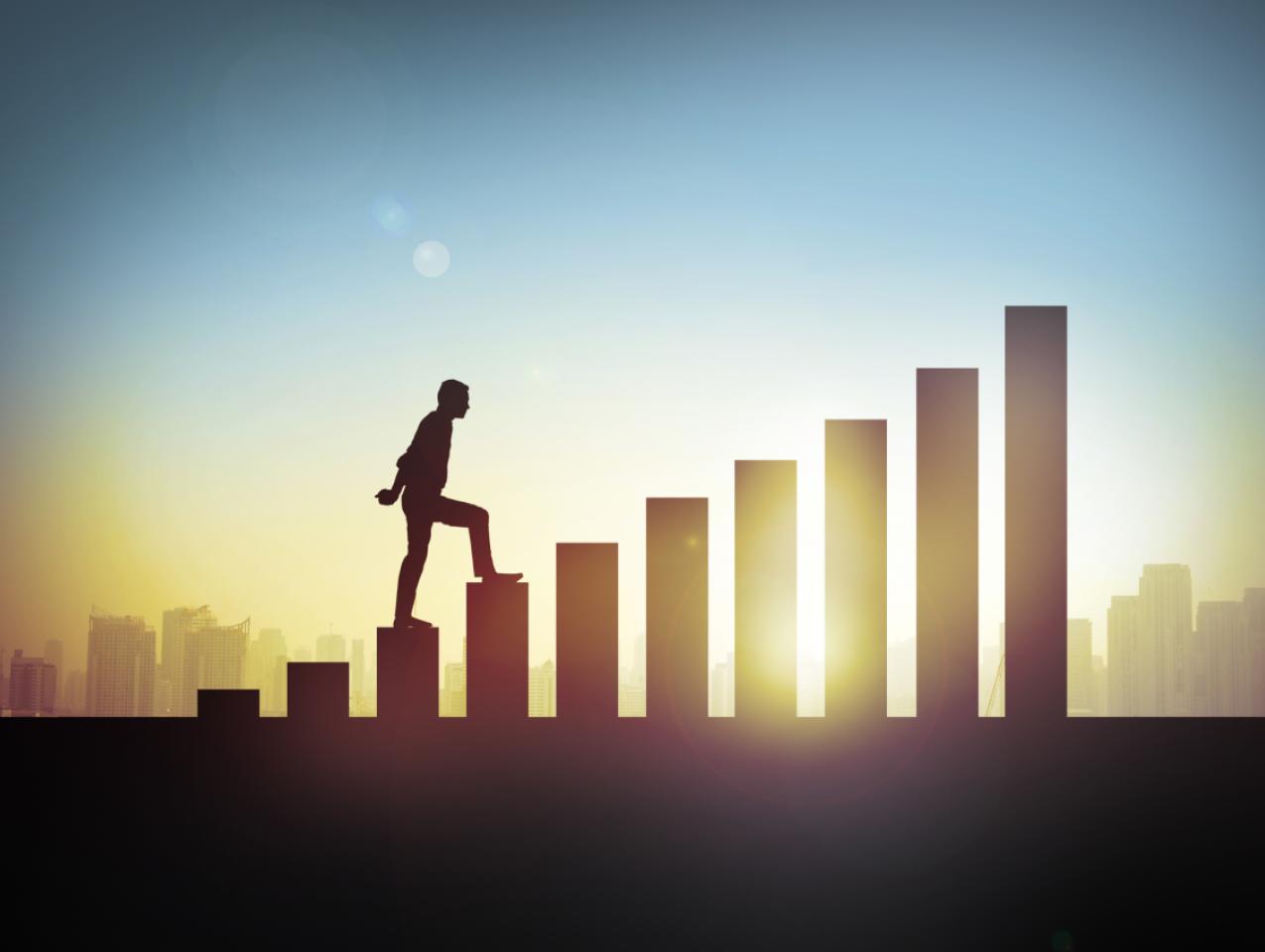 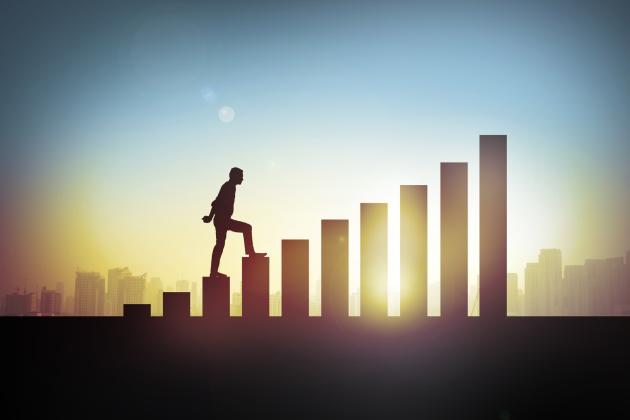 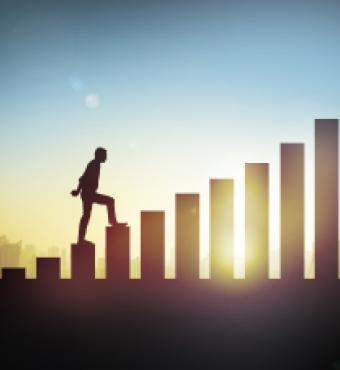 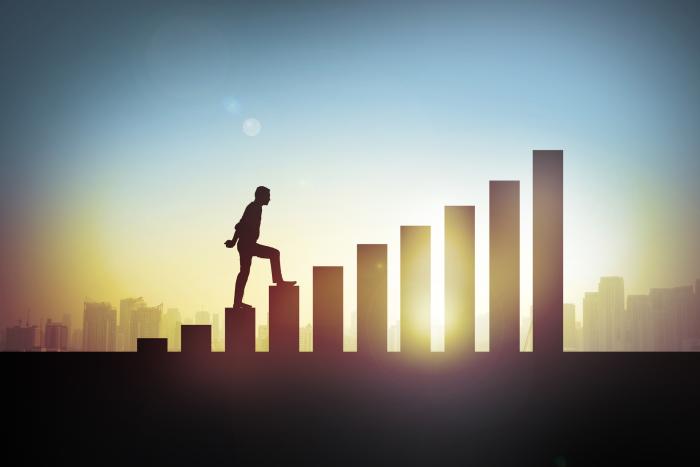 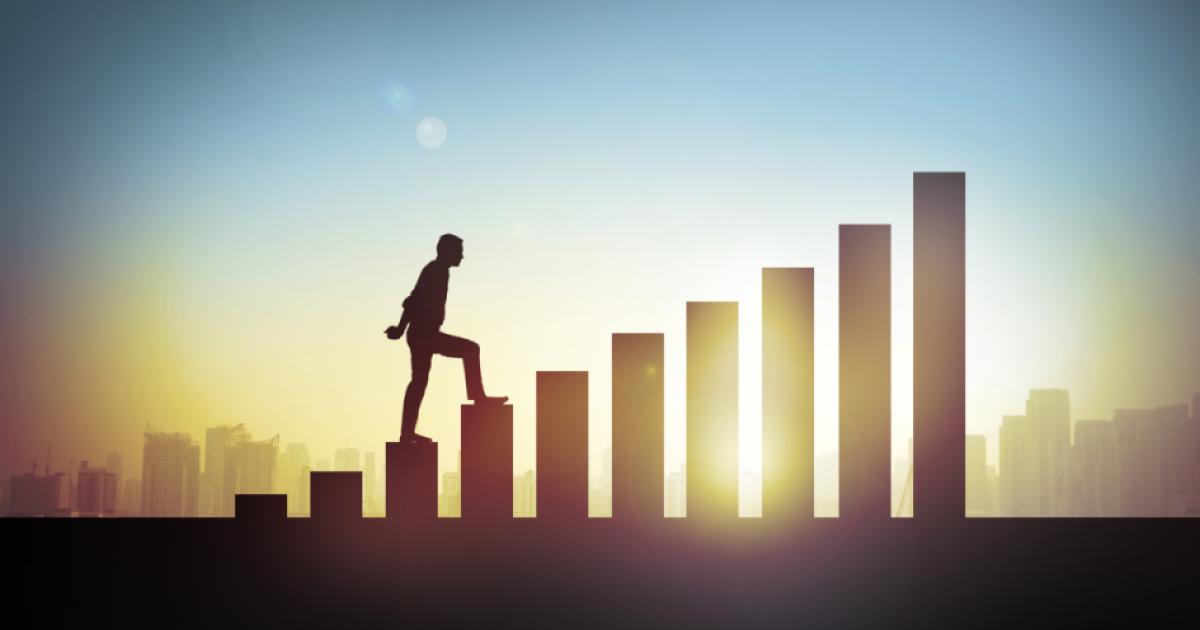 Before COVID-19 and the related lockdowns hit, world economic output and US economic output were at an all-time high. Although we often take economic growth for granted, we shouldn’t. We need to get perspective by looking at the history of economic wellbeing. Doing so leads to the conclusion that economic growth has led to a cornucopia for almost all Americans.

Many of us often refer to “the good old days” and the era we have in mind seems to be anywhere from thirty years ago to one hundred years ago, depending in part on our age. But Franklin Pierce Adams, one of the most prominent American columnists in the early twentieth century, noting the same tendency back then, put it best when he wrote, “Nothing is more responsible for the good old days than a bad memory.” Fortunately, almost no one refers to the medieval era as the good old days. But it’s still worth seeing how people lived back then.

Here is how historian William Manchester, in his 1993 book A World Lit Only by Fire, described a prosperous medieval European peasant’s dwelling:

Lying at the end of a narrow, muddy lane, his rambling edifice of thatch, wattles, mud, and dirty brown wood was almost obscured by a towering dung heap in what, without it, would have been the front yard. The building was large, for it was more than a dwelling. Beneath its sagging roof were a pigpen, a henhouse, cattle sheds, corncribs, straw, and hay, and, last and least, the family’s apartment, actually a single room whose walls and timbers were coated with soot. According to Erasmus, who examined such huts, “almost all the floors are of clay and rushes from the marshes, so carelessly renewed that the foundation sometimes remains for twenty years, harboring, there below, spittle and vomit and wine of dogs and men, beer . . . remnants of fishes, and other filth unnameable.”

Did I point out that the owner of this dwelling was prosperous?

Consider historian Edward Gibbon, the author of The Decline and Fall of the Roman Empire. He had five brothers named Edward. Why? Was it because his parents had a George Foreman-style obsession with the name “Edward”? No. It was because his parents wanted the name “Edward” to continue and knew that most of their children would not survive childhood. Sadly, they turned out to be right. All of the other Edward Gibbons died in childhood. The Edward Gibbon that is known to the world made it to the ripe old age of fifty-six.

Why was life so short back then? Few people had clean water, the air was full of soot from burning coal, people often ate spoiled food, vaccines were nonexistent, and medical care in general was primitive, to name five factors.

In 1777, author of a dictionary and one of my favorite Brits of the eighteenth century, Dr. Sam Johnson, famously said, “When a man is tired of London, he is tired of life; for there is in London all that life can afford.” Let’s consider what London was like. In her book Dr. Johnson’s London, historian Liza Picard writes:

We complain of the pollution caused by petrol-driven engines. Imagine the sheer volume of faeces [note: this is the British spelling] and urine excreted by the engines of eighteenth-century traffic—that is, horses—let alone the dung of the herds and flocks being driven through the streets to markets and abattoirs.

By the way, Liza Picard was born in 1927 and is still alive today.

It has accomplished wonders far surpassing Egyptian pyramids, Roman aqueducts, and Gothic cathedrals; it has conducted expeditions that put in the shade all former Exoduses of nations and crusades. . . . [It has], during its rule of scarce one hundred years . . . created more massive and more colossal productive forces than have all preceding generations together. The subjection of nature’s forces to man, machinery, the application of chemistry to industry and agriculture, steam-navigation, the railways, electric telegraphs, the clearing of entire continents for cultivation, the canalization of rivers, the conjuring of entire populations out of the ground—what earlier century had even a presentiment that such productive forces slumbered in the lap of social labor?

Can you guess who said it? The second-to-last word in the quote, “social,” is a tell. The authors were Karl Marx and Friedrich Engels, and the quote is from their 1848 book, The Communist Manifesto.

If I were living back in 1848 and had a crystal ball, and if I ran into Marx and Engels, I would say, “Hey, Karl and Friedrich: you ain’t seen nothin’ yet.” If they thought nineteenth-century economic growth was impressive, they would have been stunned by twentieth-century growth.

In 2000, Brad DeLong, an economist at UC-Berkeley, wrote a great paper titled “Cornucopia.” In it is a bar graph showing economic growth per capita over ten centuries from the eleventh century to the twentieth century. It bumps along close to zero for many centuries (except for the fourteenth century, when there’s more than a blip), increases substantially in the nineteenth century, and then explodes in the twentieth century. In that same paper, DeLong pulls off a marvelous stunt. He takes the 1895 Montgomery Ward catalogue and, instead of comparing prices of various items then and in 2000, gives data for the number of hours one would have had to work at average 1895 US wages to buy various items versus the number of hours one would have had to work to buy those same items in 2000.

The results are astounding. Consider four of his ten examples. To buy six volumes of the Horatio Alger novels in 1895 took 21 hours of work, versus 0.6 hours in 2000. A one-speed bicycle took 260 hours of work, versus 7.2 hours in 2000. An office chair? Twenty-four hours then, versus 2 hours in 2000. A set of the Encyclopedia Britannica cost 140 hours of work, versus 33.8 in 2000. That last number dramatically understates the progress to today because almost no one wants to buy the Encyclopedia today, which is why it is no longer published, and we can get Wikipedia at a zero price. Except on controversial issues, Wikipedia is quite good. The only item that was more expensive in hours worked in 2000 than in 1895 was a sterling silver teaspoon, which took 26 hours in 1895 and 34 hours in 2000. But here DeLong tells an interesting story. Why did people want a sterling silver teaspoon in 1895? he asks. The answer: they wanted something that wouldn’t corrode. Now we have eating utensils that are very cheap and don’t corrode.

There has been remarkable economic growth over even shorter periods in the twentieth century. Diane Coyle, a 61-year-old British economist, tells in her 2021 book, Cogs and Monsters, of dramatic change in standards of living from her time as a teenager in the late 1970s to now. She writes:

When I was a teenager in the 1970s, there was no internet or web, no mobile telephony, no personal computers or tablets or smartphones, and none of the services such as search, streaming music or movies, email, text messaging. Phones were tethered to the wall, usually in a cold hall (as central heating was far from universal), and the line was often shared with a neighbour. Vinyl was still on its first run although cassette tapes were now available as an alternative. Banking meant going to the high street and queuing. Cars used toxic leaded petrol, burned less efficiently, had no radios or electric windows, none of today’s safety systems, still less built-in GPS and air conditioning. MRI scanners had not been invented, nor today’s drugs for cancer; cataract and varicose vein surgery were not simple outpatient procedures. As well as obviously significant innovations like the internet or medical or pharmaceutical advances, there have been a multitude of incremental improvements in everyday life: outdoor gear made from fabrics that really do keep out the wind and rain, disposable contact lenses, tights that do not immediately ladder, the ability to watch TV programmes when you want, energy-efficient light bulbs.

Are You Richer than Rothschild or Even Rockefeller?

In “Cornucopia,” Brad DeLong writes, “Nathan Meyer Rothschild—the richest man in the world in the first half of the nineteenth century—died of an infected abscess.” Even poor Americans today are unlikely to die from an infected abscess because of one invention: antibiotics.

Later in the nineteenth century, the richest man in the world was John D. Rockefeller. Are you richer than Rockefeller? Consider what we have that he didn’t. He lived from 1839 to 1937. When he got hot in the summer, he couldn’t turn on air conditioning. He couldn’t play video games. Only in the last few years of his life could he travel on commercial airlines. He couldn’t play video games. He didn’t have even a 1G cell phone. He probably didn’t know anything about Thai food but even if he had, he wouldn’t have been able to buy it. And here’s the big one: if he got ill in certain ways that seem like nothing to us today, he probably would have died. Rockefeller got lucky but Calvin Coolidge’s teenage son, Calvin Jr., didn’t. In June 1924, Calvin Jr. played tennis on the White House tennis courts without wearing socks. He developed a blister that later degenerated into sepsis. A week later he was dead.

Who would you rather be: you between 1839 and 1937 with Rockefeller’s wealth, or you now with your wealth? If you give the latter answer then, in a sense, you’re richer than Rockefeller. Or, if not richer, then certainly better off.

People in the United States and Britain are clearly better off than their counterparts of ten centuries, three centuries, two centuries, one century, and even fifty years ago.

For a large part of the rest of the world, people are much better off than they were a hundred or even fifty years ago. Economic growth has been vital for the previously poorest parts of the world. It’s also important to understand the sources of economic growth. Also, whether we have 2 percent annual growth or 3 percent annual growth over a few decades matters a lot. To these issues I’ll turn in my next Defining Ideas article.