The Year That Changed History

In 1942, a series of decisive events changed the course of the war, and the Axis powers lost their gamble. 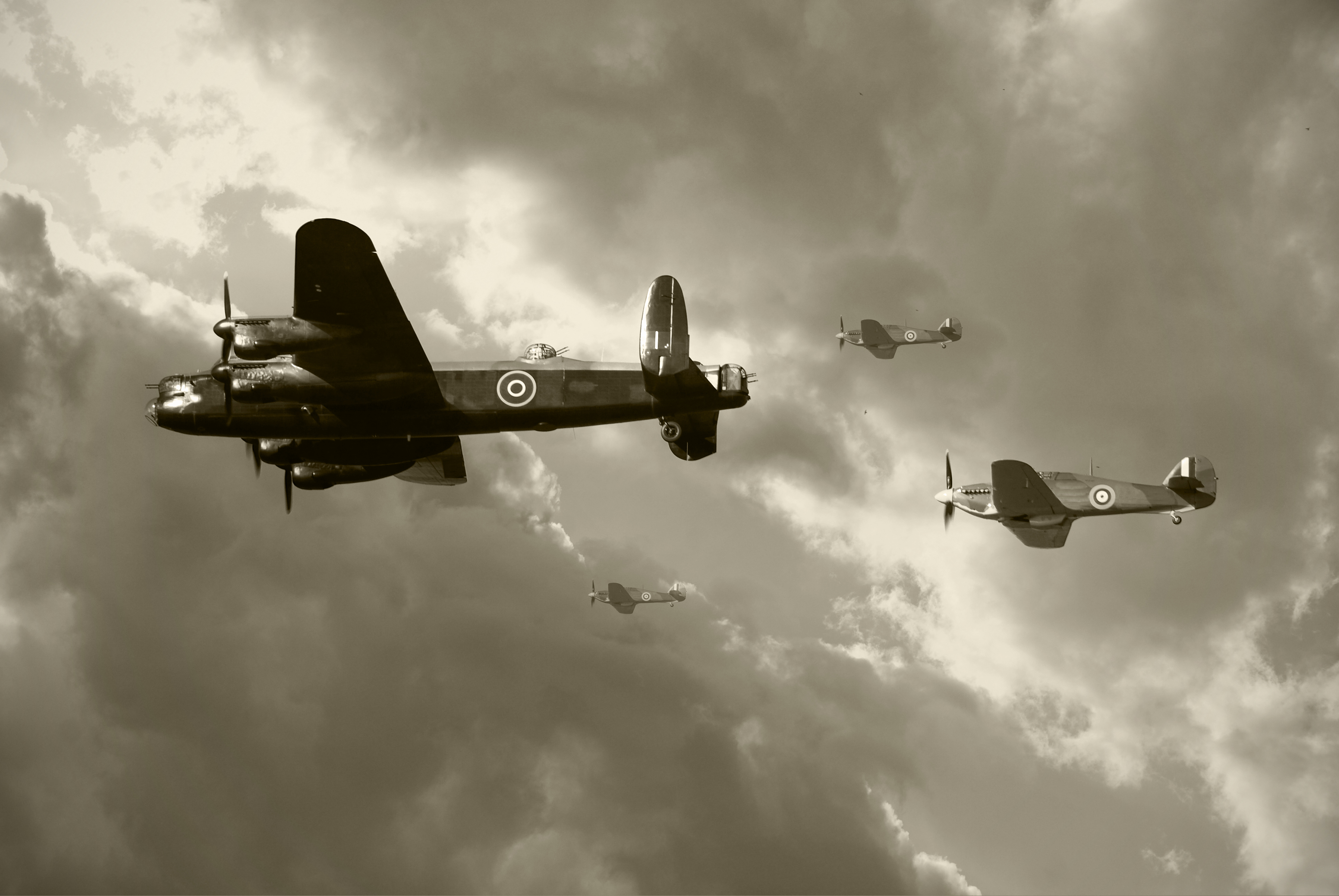 The Year That Changed History 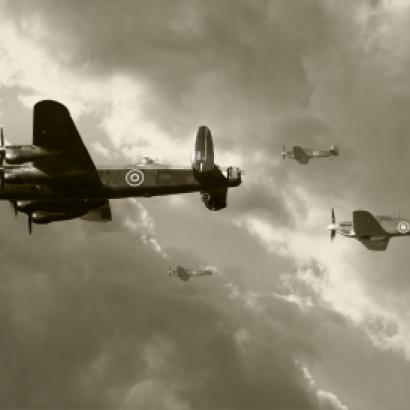 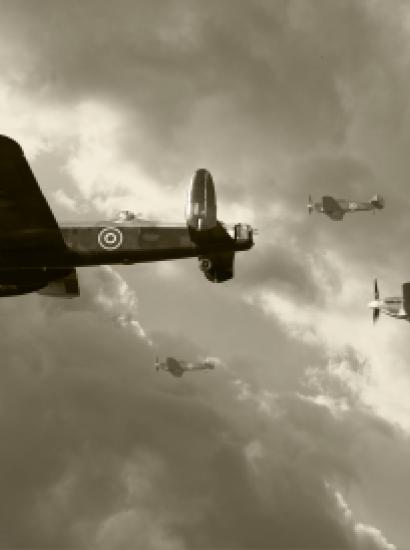 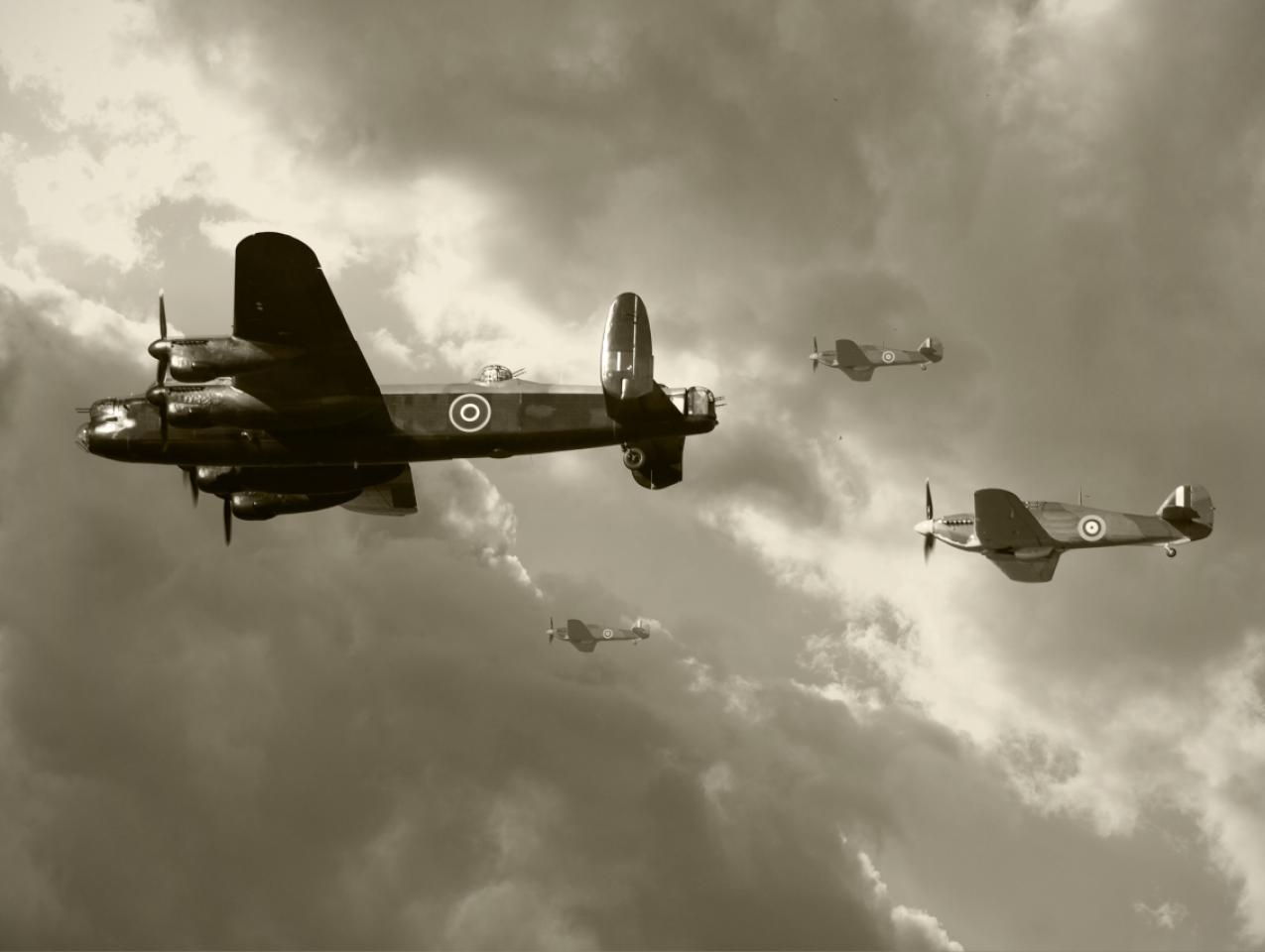 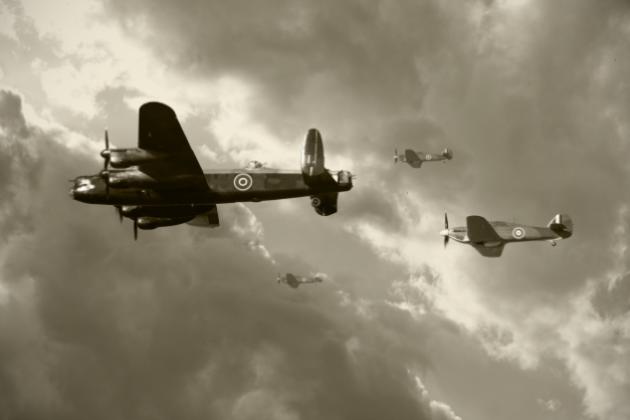 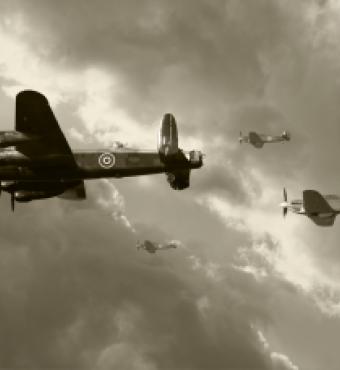 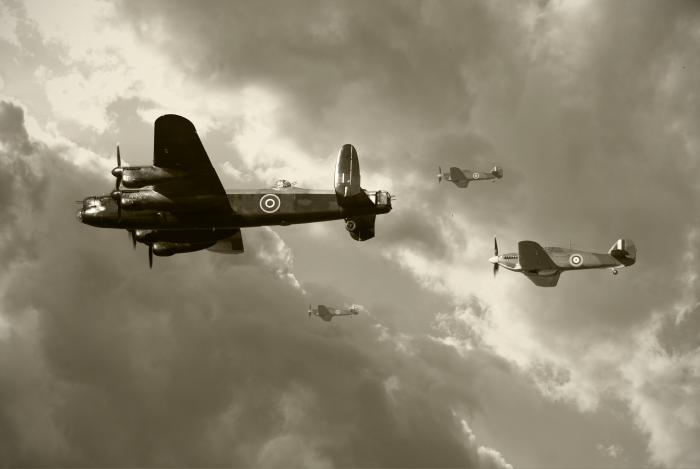 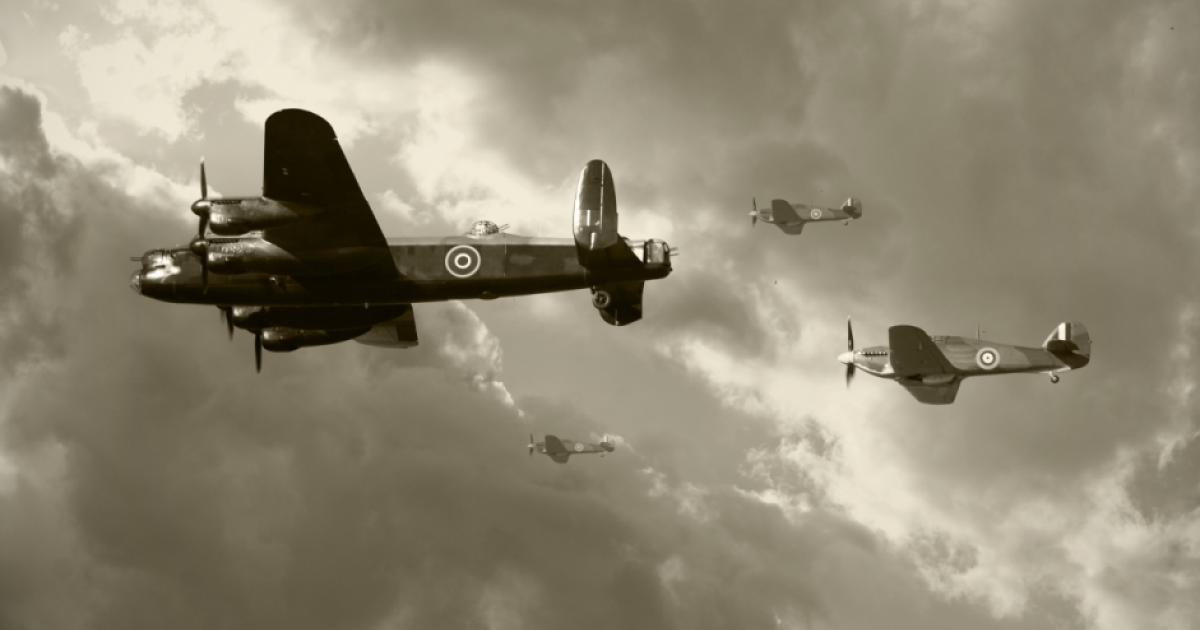 Sometimes, just a few months can change the course of civilization. That’s what happened in 1942 when a series of decisive events changed the trajectory of World War II.

Before that turning point, Germany seemed destined for victory. In 1939 and 1940, Hitler’s army had won a series of border wars, giving the Fuhrer control over ten conquered European countries. By the autumn of 1940, Britain was the sole European power standing against Hitler—and it was being mercilessly bombed by the Luftwaffe. At the same time, Russia was colluding with Germany, and America remained isolationist. Hitler and his allies, who reigned over an area larger than the present European Union, believed that the European wars were over, for all purposes—and decisively won.

But suddenly in 1941, Hitler’s calm march to victory ended and the global inferno of what we now call World War II began. The surprise German invasion of the Soviet Union (June 22, 1941), the Japanese attack on Pearl Harbor and Singapore (December 7-8, 1941), and the declaration of war by Germany and Italy on the United States (December 11, 1941) precipitated a level of violence and destruction never before seen in world history. Because of the global expansion of the dormant European border wars, the conflict became the deadliest event in human history, with about 27,000 soldiers and civilians lost each day of the six-year conflict, leading to a total of 60 million deaths.

Until late 1942, the three Axis powers believed that they could quickly win their war against the new global alliance of Britain, the Soviet Union, and the United States—despite being vastly outmatched in both population and industrial capacity. But the Axis seemed invincible. The new Third Reich extended from the English Channel to the Volga River and from the Arctic Circle to the North African desert. The war had been afoot since the mid-1930s and the Nazis were among the most battle-hardened soldiers in the world. Japan has expanded its even larger so-called Greater East Asia Co-Prosperity Sphere from the Indian Ocean to Alaska and from the Mongolian border to Wake Island. The Japanese had been at war in China even longer than Germany had in Europe.

Much of their early successes had derived from surprise attacks on ill-prepared neighbors followed by the rapid capture of resource-rich territories. Indeed, by mid-1942, forward elements of the German army—now more than 2,000 miles east of central Germany—were nearing the oil-rich Caucasus. Gen. Erwin Rommel, after taking British-held Tobruk in Libya in late June 1942, was headed for Alexandria. He hoped to reach the Suez Canal and link up with the Japanese. By July, the Japanese had landed on Guadalcanal and felt confident that they could isolate and strangle Australia. The Axis strategy was to demonstrate to the Allies and neutral bystanders that their own German and Japanese soldiers were so much better trained, equipped, and experienced that further resistance would be futile. Fascism was pronounced superior and modern—the future.

Still, the Axis had bet on winning before the undeniable Allied advantages in industrial capability, manpower, and geography would kick in. If and when Britain, the Soviet Union, and the United States fully mobilized, the Allies—which alone deployed heavy four-engine bombers and two-ocean navies—had the unique ability to bomb and destroy the German and Japanese homelands. The vast industrial base of Britain, the Soviet Union, and the United States beyond the Urals could not be seriously harmed by existing German and Japanese armies, ships, or planes.

Seventy-five years ago, in late 1942, the Axis lost their foolish gamble.

World War II changed overnight as the Allies mobilized millions of new troops and recalibrated their already large economies for total war. No longer could the Axis powers count on surprise attacks and Blitzkrieg against neighbors, as World War II settled down to a global conflict of attrition

By late September 1942, the huge German Sixth Army had stalled near the Volga River, and was trapped by the Red Army at Stalingrad. It would eventually surrender what was left of its once formidable force. In October, Rommel ran out of supplies and troops at the Battle of El Alamein. He was beaten back by the material preponderance and professionalism of British troops. An Allied invasion of western North Africa followed in November 1942, dooming all Axis forces on that continent.

At about the same time, the U.S. First Marine Division had demonstrated on Guadalcanal that that it could fight as well as battle-hardened Japanese troops—and that the Japanese could not supply their soldiers in the manner of the American Navy, which fought and eventually won a series of lethal sea battles nearby against the Japanese Imperial Navy. Earlier, in June 1942, at the battle of Midway, the Americans had already proved that their smaller prewar Pacific fleet was still a match for the Japanese, even as a new American one seven times larger was well under construction.

In sum, by late 1942, the trajectory of the global war had entirely changed almost overnight.

Britain, the Soviet Union, and the United States had over twice the population base of the combined three Axis countries. The huge Soviet and American militaries each exceeded 12 million soldiers—and the Soviet Union fielded the largest ground army in the history of conflict. By 1945, the gross domestic product of the American economy alone was almost larger than that of the Axis and other Allied powers combined. British imperial technology and cryptology, along with aircraft and vehicle production, were superior to Germany’s. British imperial munitions output outmatched that of the Third Reich.

Allied supreme leaders—Churchill, Roosevelt, and Stalin—avoided the disastrous quagmires that Hitler, Mussolini, and Tojo so routinely encountered in the Soviet Union, North Africa, the Balkans, and China. And their armies learned to fight as savagely and effectively as the Wehrmacht and the Japanese imperial military. The Allied potential to mobilize industry and deploy had been ignored earlier in the war due to American isolationism, British appeasement, and Soviet collusion. But it became lethally manifest in late 1942. Germany, Italy, and Japan simply never learned to mobilize and produce like their enemies.

The war would go on for almost three more years. This time around, the Allies, unlike the victors of World War I, insisted on unconditional surrender and total victory—difficult goals that required the eventual occupation of Germany, Italy, and Japan, the destruction of those countries’ economies, and the defeat, death, or humiliation of over 15 million Axis soldiers in the field.

What can we learn from the dramatic turnabout of late 1942?

War often starts over emotions, but is settled by reason: The Axis bombast about racially pure supermen was silenced by the efforts of hundreds of millions of ordinary workers in Allied factories.

Morality counts—so does propaganda. Britain, the Soviet Union, and the United States reminded neutral countries that the Allies held the moral high ground: The Axis powers had started the war through surprise attacks; their leaders had murdered millions of innocents; and they proved to be brutal occupiers. The Allies, by contrast, claimed to be liberators. Most of the world agreed and preferred to be liberated by the Americans or British—although not by the Soviets, for to be liberated by them meant to be subjugated by them—than to be occupied by the Germans and Japanese.

Fighting power cannot just be assessed by battlefield discipline, will power, and martial ardor, but also by industrial output, technology, and logistics. The Axis powers grasped that reality far too late.

Cooperation between allies is crucial. The Axis powers rarely synchronized strategies or weaponry. Hitler had as little warning of the Pearl Harbor attack as did the Japanese of the German surprise invasion of the Soviet Union. Mussolini’s Italy knew about neither of his allies’ surprise attacks in advance. In contrast, the Allies consulted constantly, apportioned responsibilities, and shared supplies and technology. Everything from the D-Day operation, to Lend-Lease, to the modifications in the P-51 Mustang fighter and Sherman firefly tank were a result of inter-Allied cooperation.

In an existential conflict, the strategy must consist of destroying an enemy’s ability to make war. Hitler declared war in 1941 on the United States and the Soviet Union with an air force (and navy) that had been unable to destroy or capture Britain, and certainly could not reach Russia beyond the Ural Mountains—or harm New York, Detroit, or San Francisco. The same strategic imbecility was true of the Japanese.

In contrast, shortly after the Allies entered the war, they had concrete plans to reach or bomb Berlin, Rome, and Tokyo. And they quickly developed the striking power to do just that.

To be effective, deterrence must be unambiguous and understood. It should have been folly for the smaller Axis powers to take on the combined might of an undefeated Britain, a neutral America, and a colluding Soviet Union in 1941. But they had at least one good reason to do so: Before 1939, the Allies had not properly rearmed nor made it clear to Germany and Japan that their overwhelming strength would inevitably crush the fascist powers.

War, however, is a tragic laboratory that corrects such impressions. Sadly, aggressors often mistake magnanimity for weakness and the lack of preparation for an inability—rather than a temporary and correctible reluctance—to arm. These are tragic lessons that seem backward or even dangerous in peace, and so over the ages have to be relearned at great cost through war.

Germany, Italy, and Japan learned that deadly lesson in 1942, just months after starting an expansion of a previously successful war that they now had no way of winning.

Victor Davis Hanson is the Martin and Illie Anderson senior fellow in classics and military history at the Hoover Institution, and author of the new book The Second World Wars. How the First Global Conflict Was Fought and Won (Basic Books).