A Discussion On Economic Statecraft With Keith Krach And H.R. McMaster

As the COVID-19 crisis continues to cripple economies around the world, the US-China relationship becomes more strained. On Wednesday, May 27, 2020, the Hoover Institution will host a discussion on economic statecraft with Keith Krach, Under Secretary of State for Economic Growth, Energy, and Environment, and H.R. McMaster, Fouad and Michelle Ajami Senior Fellow and Former National Security Advisor. 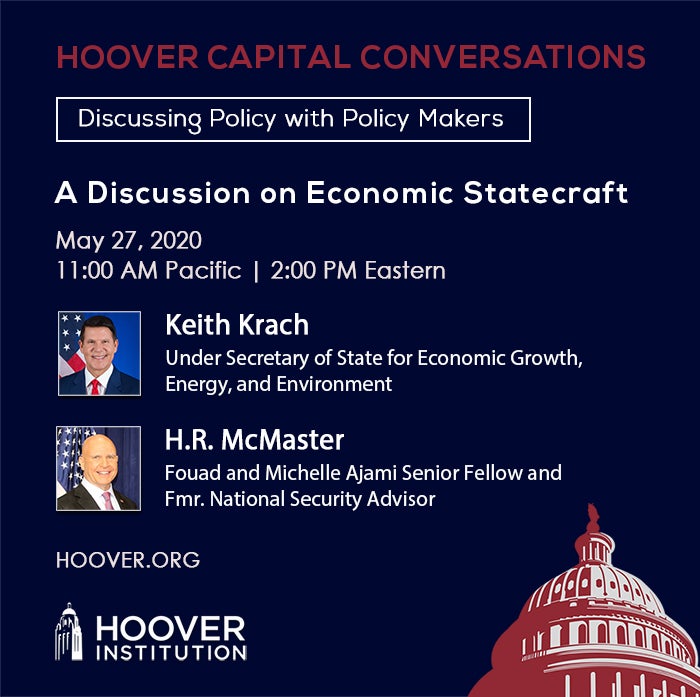 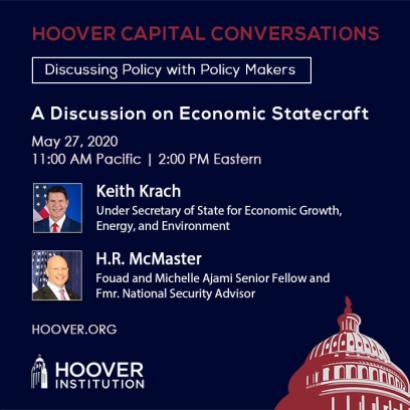 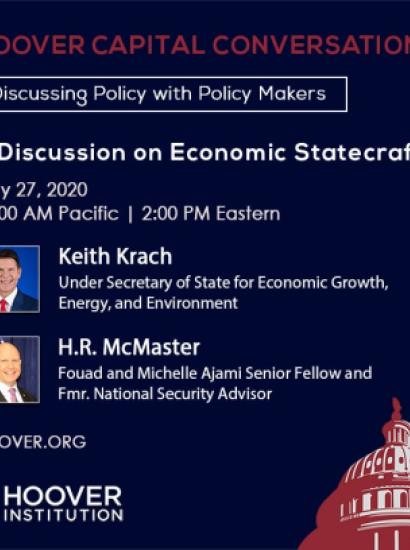 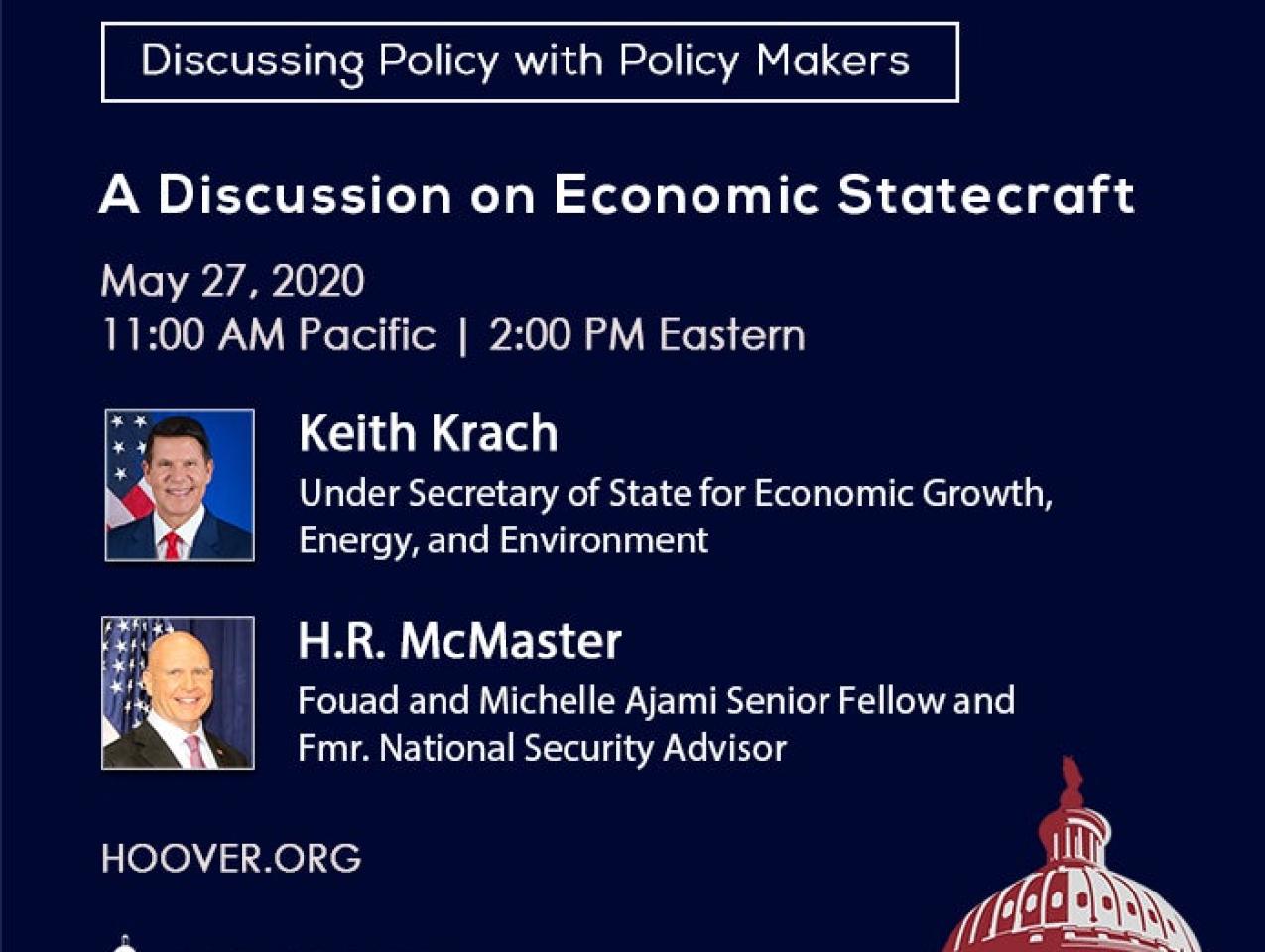 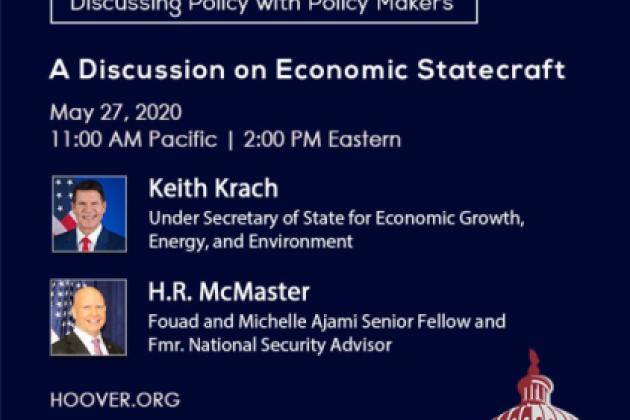 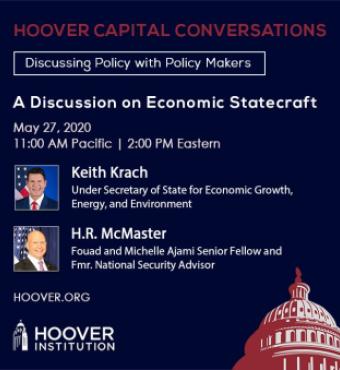 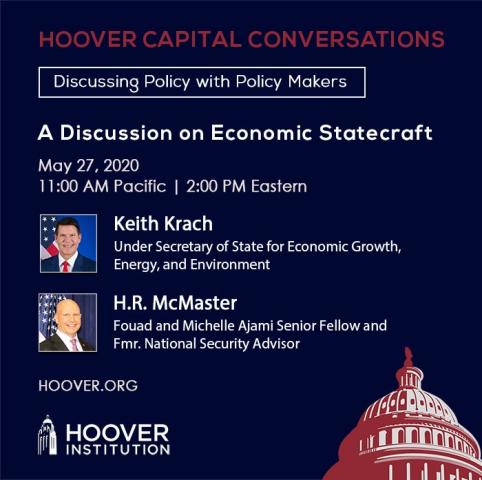 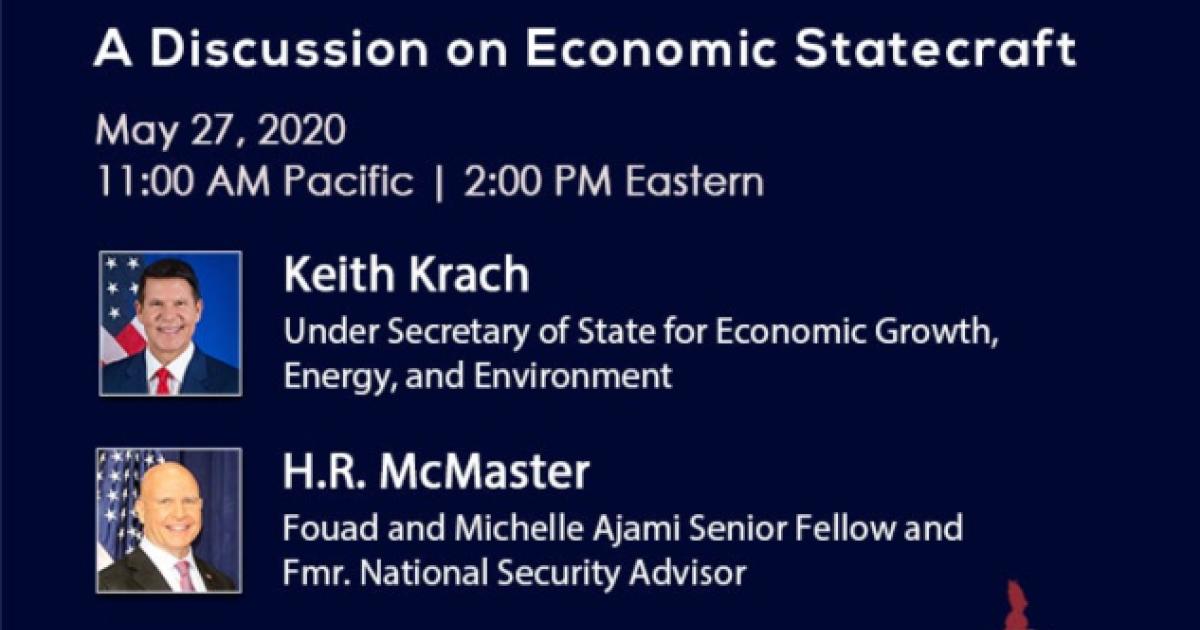 A Discussion on Economic Statecraft

As the COVID-19 crisis continues to cripple economies around the world, the US-China relationship becomes more strained. The economic security of America hinges largely on working with partners and allies toward developing strategic competition with China and combatting malign economic aggression. The current health crisis has put a spotlight on the broader implications of supply chain vulnerabilities and the need to shift toward a more offensive policy to protect American interests. Having an understanding of how China views the world and its place in it should determine western policy moving forward.

Keith Krach
Krach took the oath of office as Under Secretary of State for Economic Growth, Energy, and the Environment on June 21, 2019. Previously, he was a businessman, former CEO and Chairman of DocuSign (2009-2019), noted for bringing transformational leadership to many sectors, including factory automation, engineering, commerce, education, and philanthropy.

H.R. McMaster
McMaster is the Fouad and Michelle Ajami Senior Fellow at the Hoover Institution. He was the 26th National Security Advisor. He served as a commissioned officer in the United States Army for thirty-four years before retiring as a Lieutenant General in June 2018. His latest book, Battlegrounds: The Fight to Defend the Free World, is available for pre-order on Amazon.

Moderated by Thomas W. Gilligan, Director of the Hoover Institution 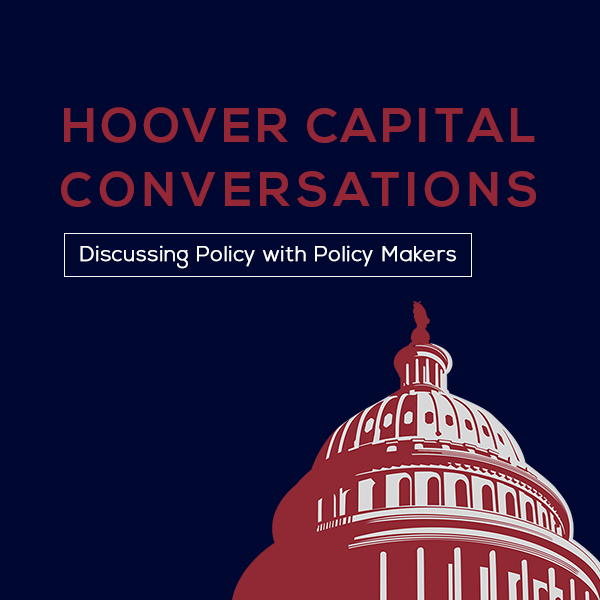