How The Ukraine Crisis Shapes Taiwan’s Public Opinion -- And Beyond

On behalf of Taiwan in the Indo-Pacific Region, and its National Security Task Force the Hoover Institution invites you to How the Ukraine Crisis Shapes Taiwan’s Public Opinion -- and Beyond​ on Tuesday, October 18, 2022 from 4:00 - 5:00 PST. 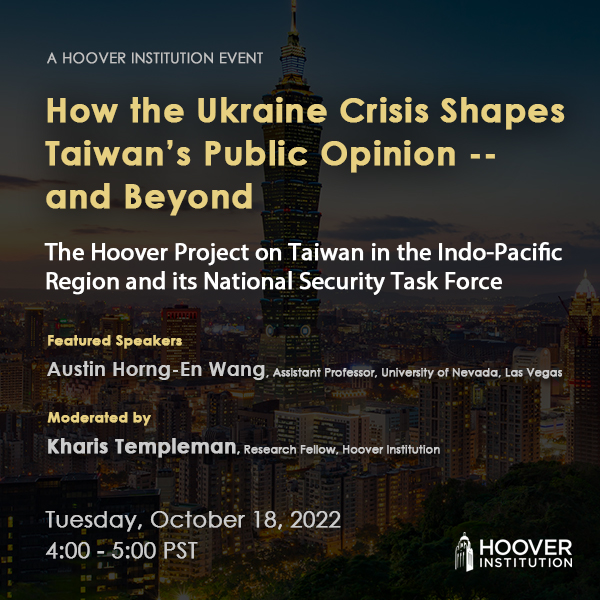 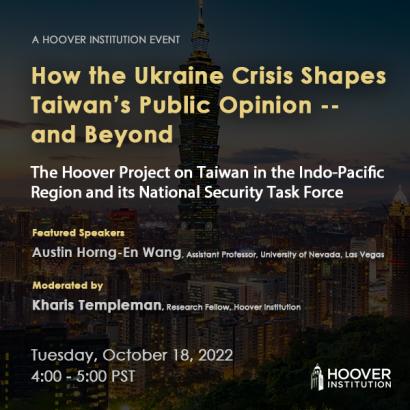 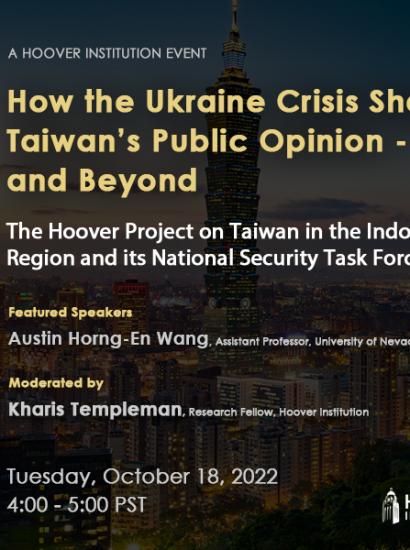 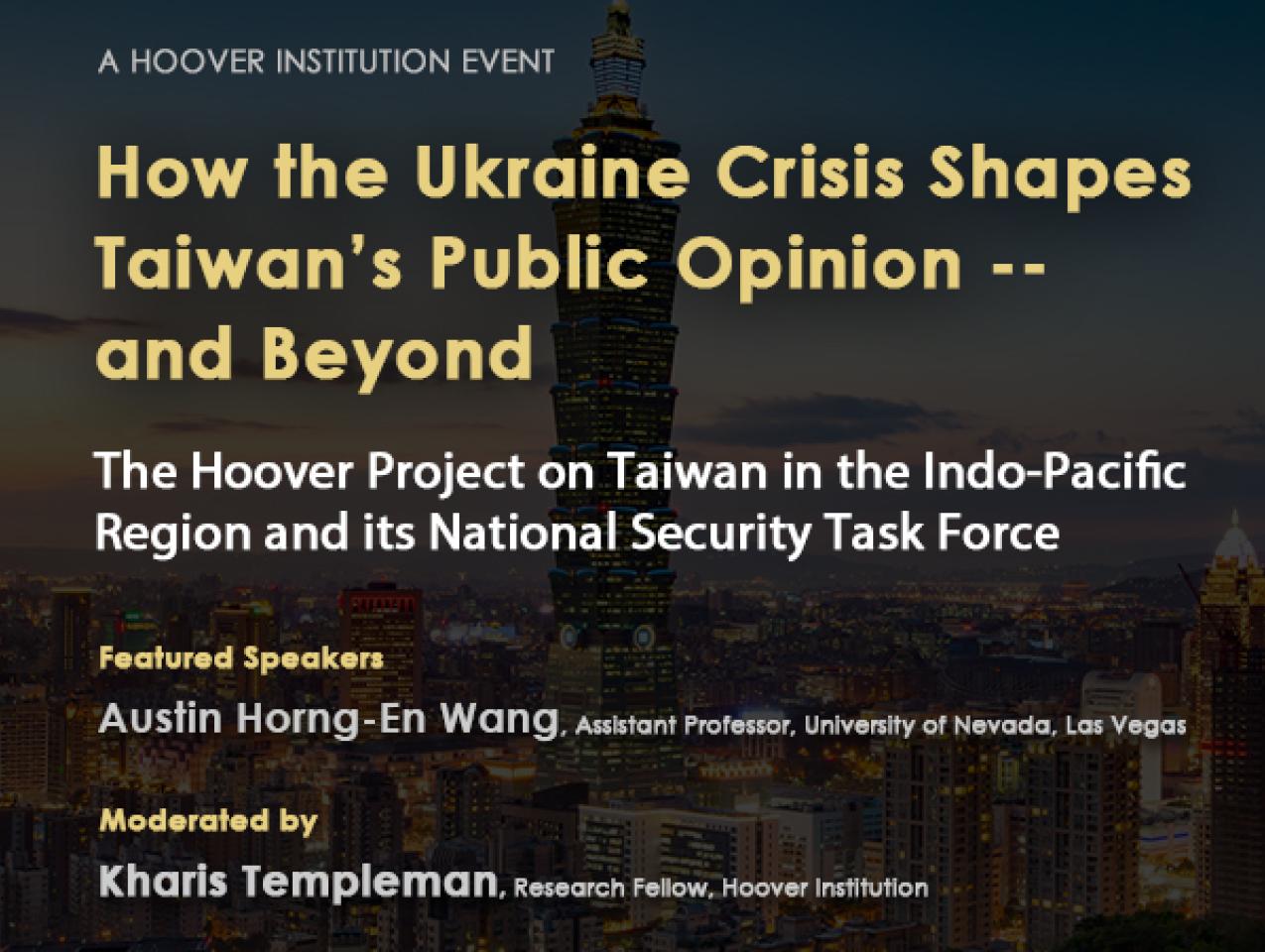 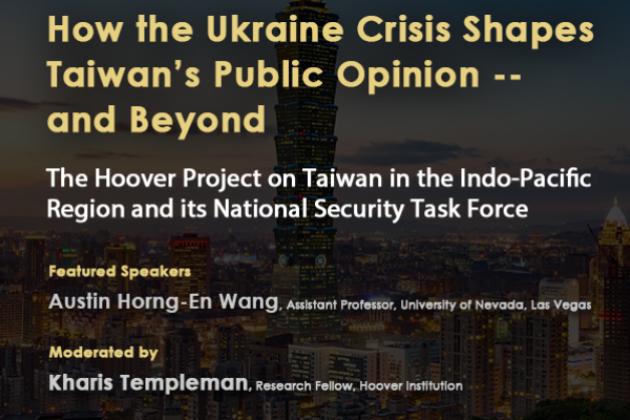 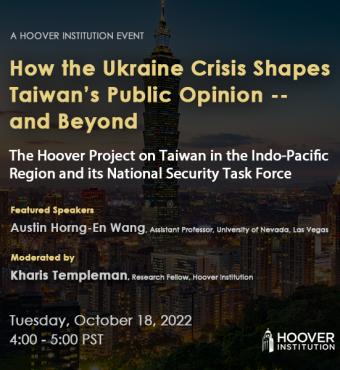 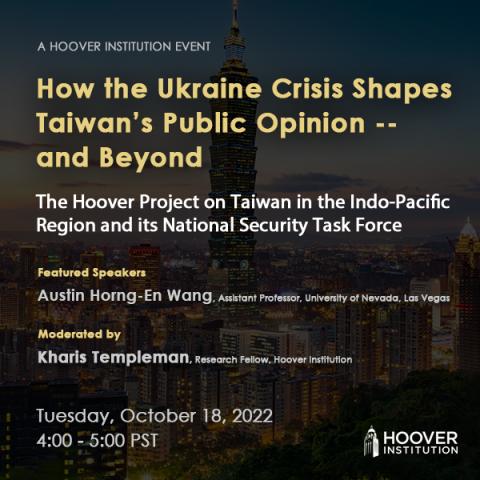 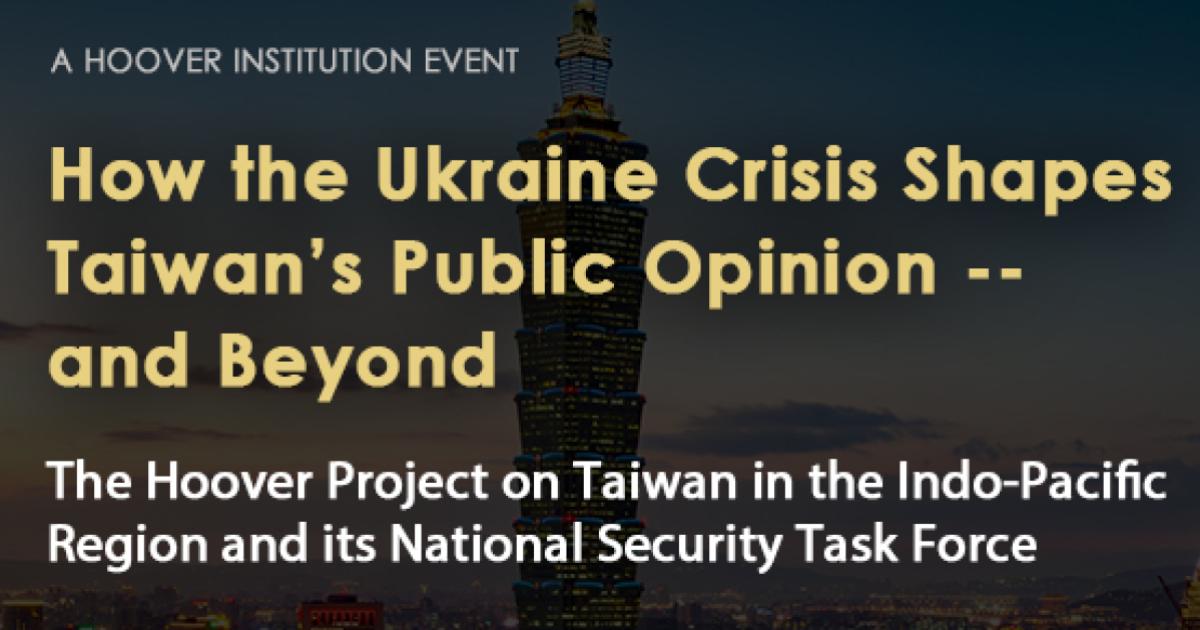 On behalf of Taiwan in the Indo-Pacific Region, and its National Security Task Force the Hoover Institution invites you to How the Ukraine Crisis Shapes Taiwan’s Public Opinion -- and Beyond​ on Tuesday, October 18, 2022 from 4:00 - 5:00 PST.

Russia’s ongoing invasion of Ukraine and Ukraine’s response has changed the calculation of war strategies and US involvement worldwide. On the other side of the world, a potential 2027 China invasion of Taiwan looms over the stability of East Asia, and public opinion in democratic Taiwan plays a crucial role in its own choice of security strategies. How does the Ukraine crisis influence or shape the Taiwanese people’s preference for security and foreign policies? How might the US response and presence in Europe and East Asia play a role in Taiwan? In this talk, Dr. Austin Horng-En Wang traces and analyzes public opinion in Taiwan before and after the start of the Ukraine crisis and explains how the changes across subgroups are likely to impact the upcoming elections in Taiwan and the future of the US-Taiwan relationship. 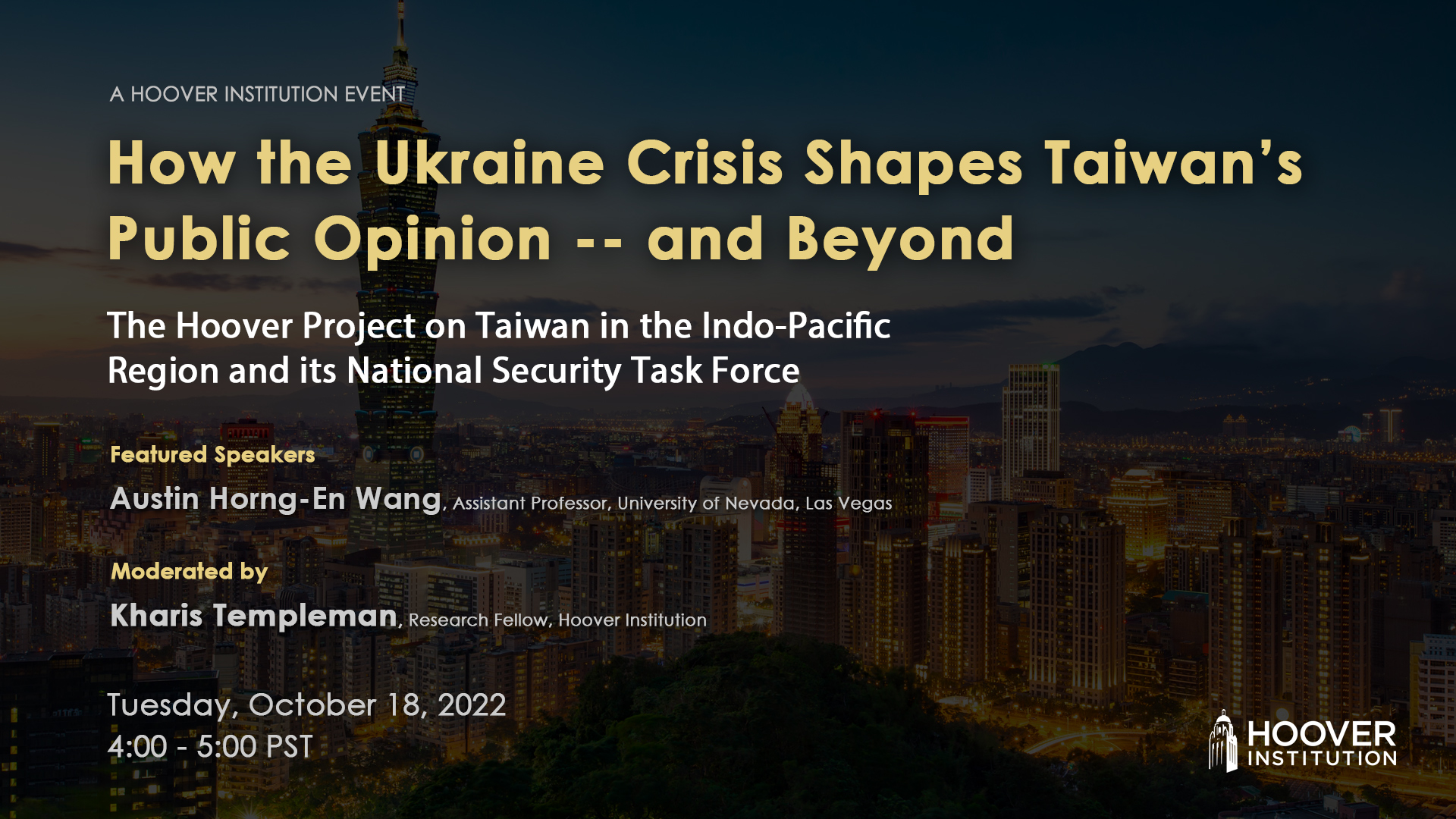 Dr. Austin Horng-En Wang is an assistant professor in the Department of Political Science at the University of Nevada, Las Vegas. His research focuses on political psychology, public opinion, and the politics of East Asia. His research articles can be found in the Journal of Peace Research, Social Media + Society, Asian Survey, and Political Research Quarterly, among others. He is the recipient of The Wilson Center 2021 China Fellowship, Chiang Ching-Kuo Foundation 2020 Scholarship, and Global Taiwan Institute 2019 Scholarship. 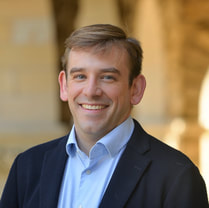