South Korea’s former ambassador to the United States, Ahn Ho-Young, outlined the security threats for his country posed by North Korea, as well as the challenge of attaining a peaceful and stable Indo-Pacific region amid old national rivalries and the proliferation of nuclear weapons. Wednesday, September 23, 2020 4 min read 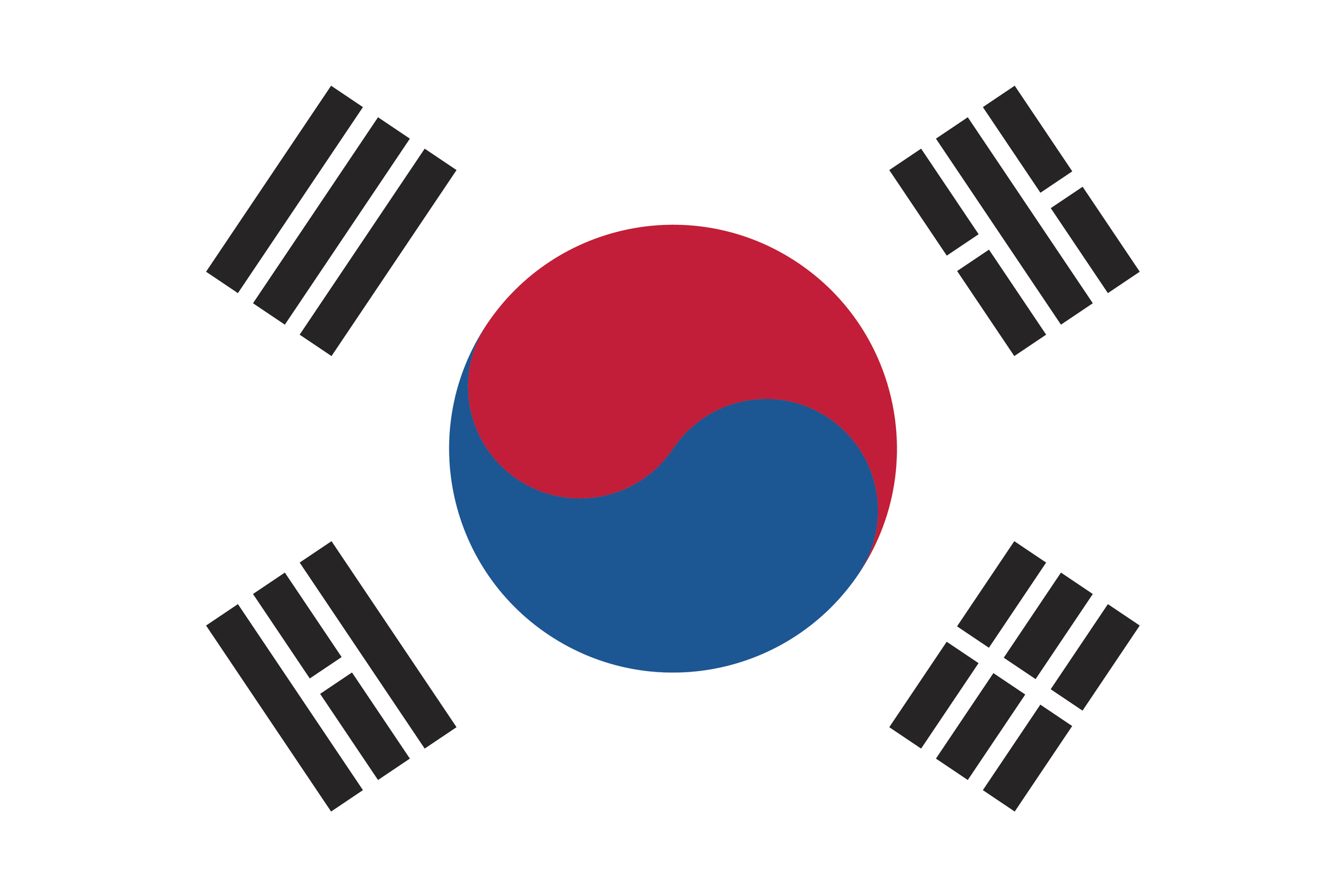 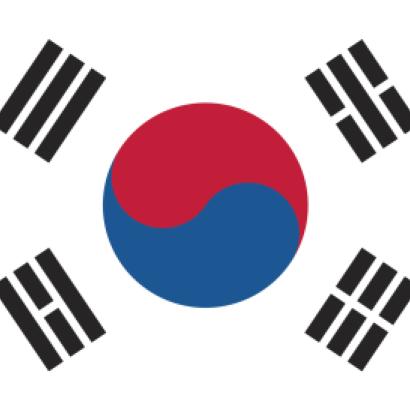 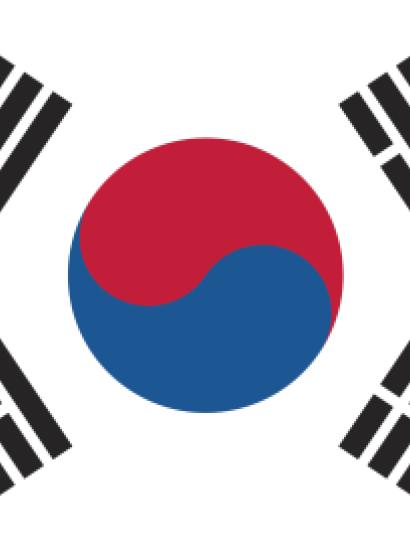 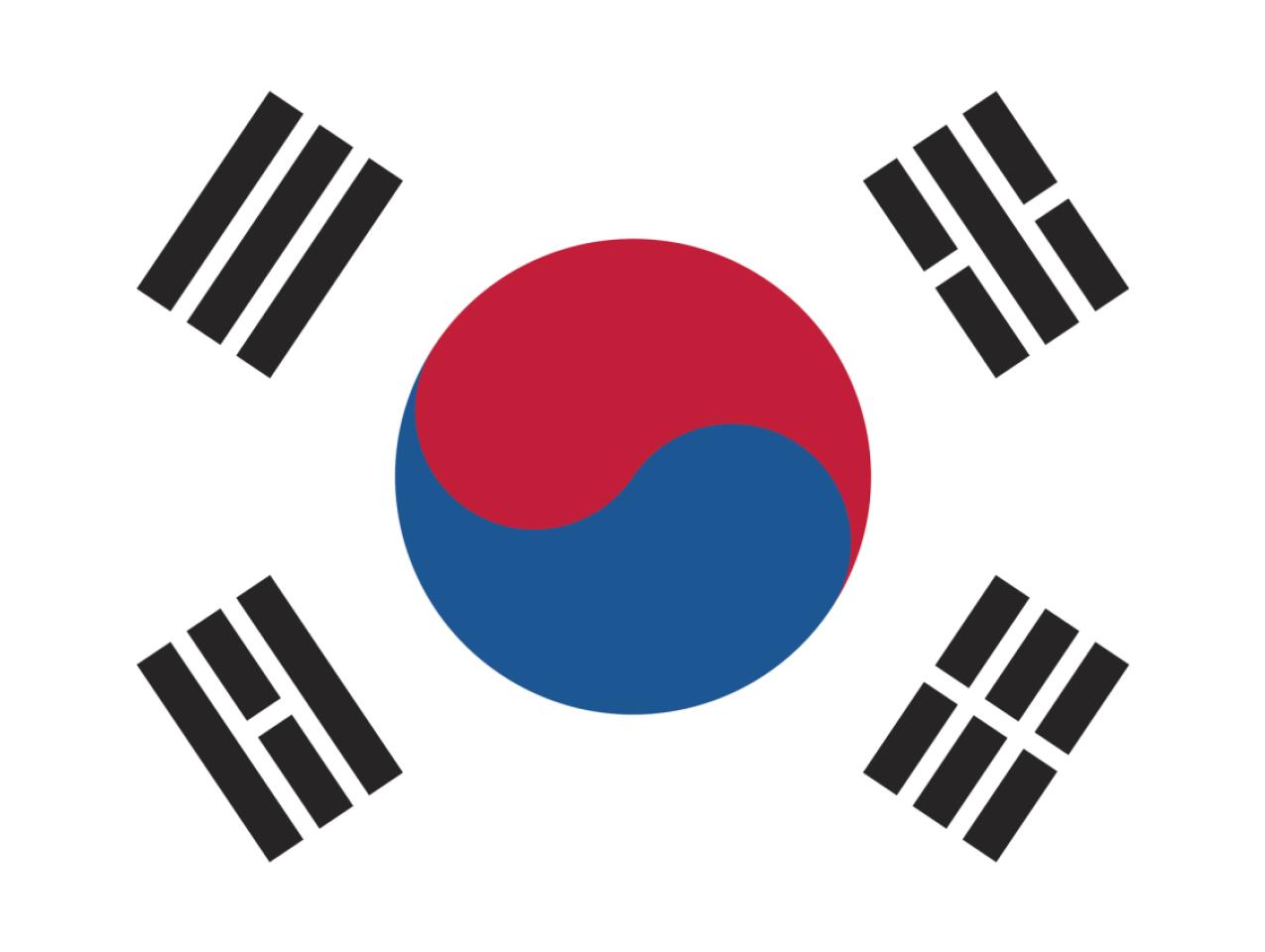 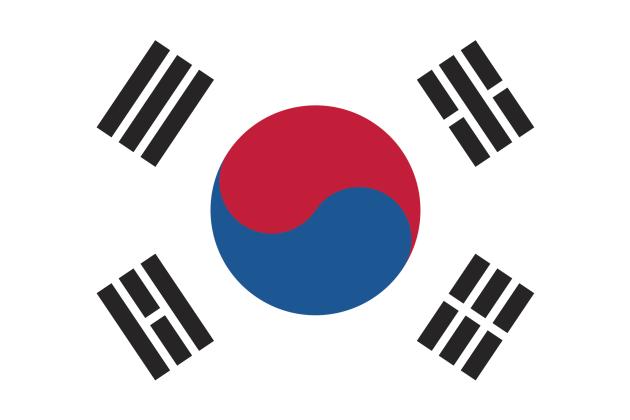 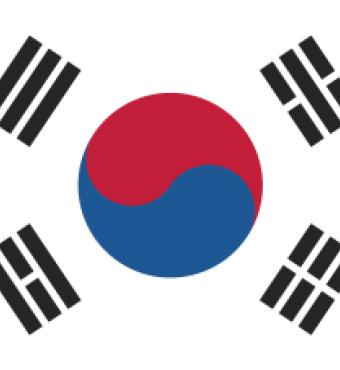 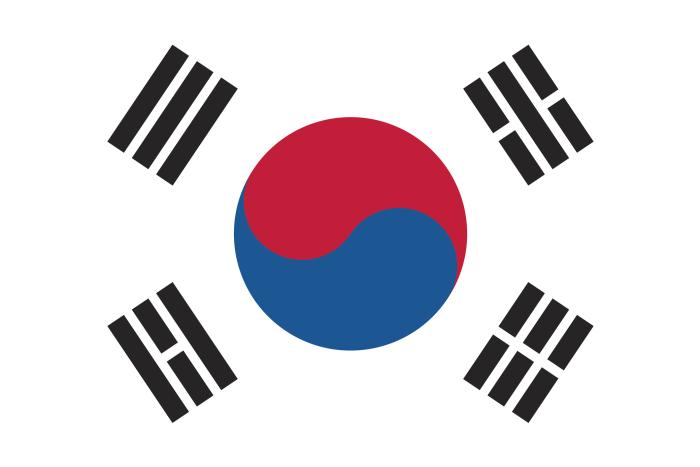 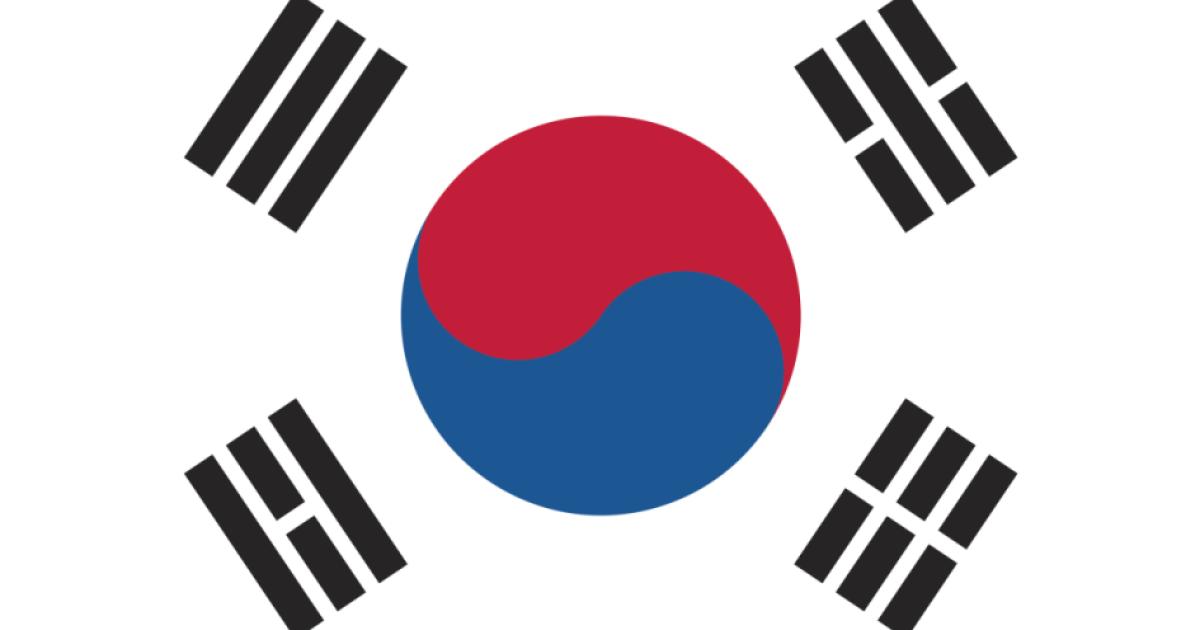 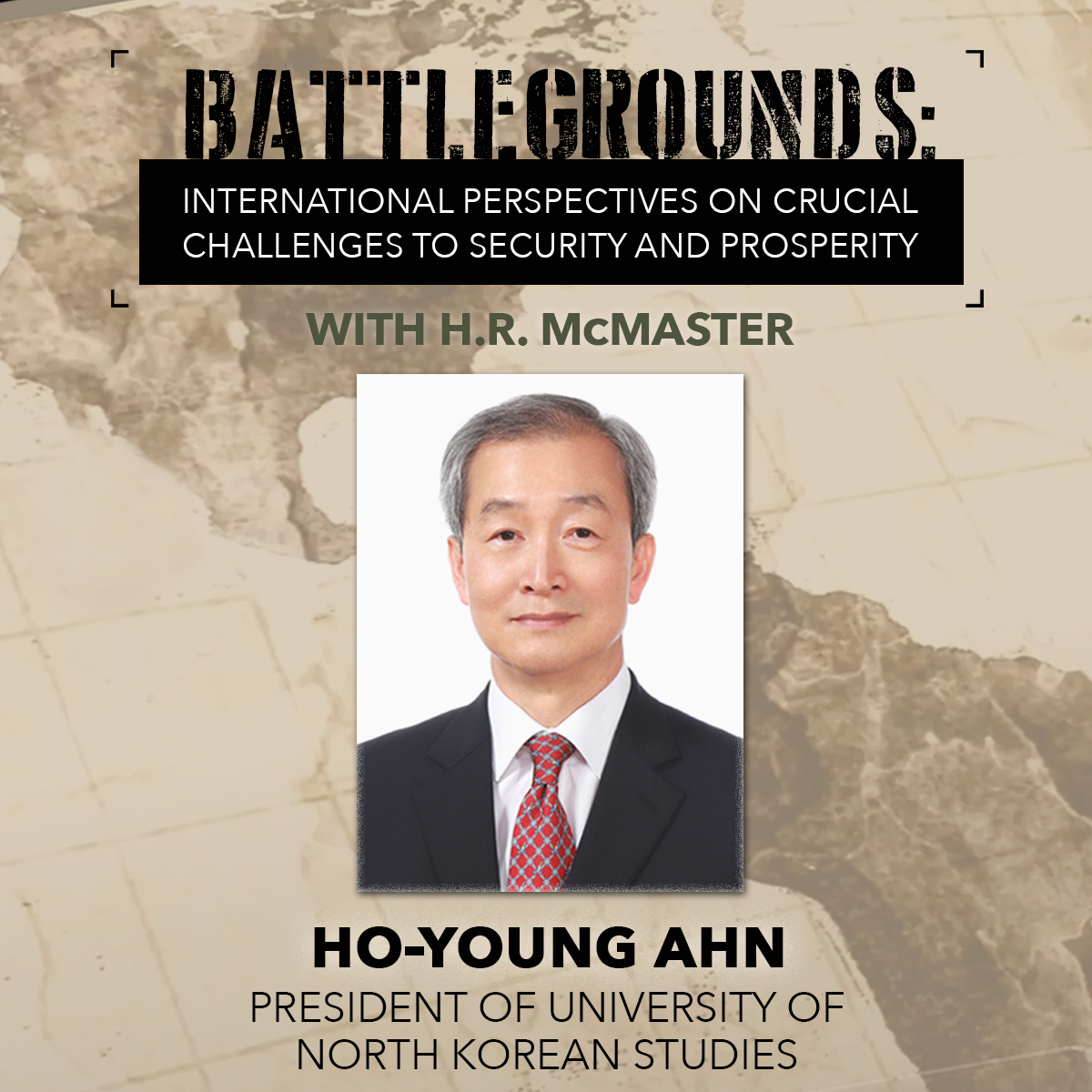 South Korea’s former ambassador to the United States, Ahn Ho-Young, outlined the security threats for his country posed by North Korea, as well as the challenge of attaining a peaceful and stable Indo-Pacific region amid old national rivalries and the proliferation of nuclear weapons.

Ambassador Ahn’s remarks were featured on Tuesday, September 22, during the second episode of Battlegrounds, a new Hoover Institution series hosted by Fouad and Michelle Ajami Senior Fellow H. R. McMaster that aims to help Americans understand complex foreign policy challenges from the perspectives of US allies. McMaster’s book of the same title was released the same day.

Ahn is currently the president of the University of North Korean Studies. He served in the role of South Korea’s ambassador to the United States from 2013 to 2017. Prior to his post in Washington, he was South Korea’s first vice minister of finance and foreign affairs.

Ahn began the dialogue by describing the history behind the divergent paths taken by Korea’s North and South since the end of the Second World War, when the United States and the Soviet Union agreed to divide their occupation of the peninsula at the 38th parallel. Attempts by the Soviet-backed North to reunite the peninsula led to the outbreak of war in 1950, which resulted in a stalemate and separation of the two Koreas by a demilitarized zone that exists to this day.

He argued that the disparity in per-capita income best sums up the difference between the communist North and the democratic South. When Ahn first joined South Korea’s foreign service in 1978, its per-capita income was $1,300 per year compared to an average of $2,000 for the rest of the world. Today, South Korea has a per-capita income of $30,000, making it one of only seven countries that have reached that level of national wealth. Comparatively, North Korea’s per-capita income has remained frozen at $1,400 during that period of more than forty years.

Ahn attributed the South’s success to two factors. One, it benefited from the postwar security and economic architecture provided by the United Nations, the World Trade Organization, and other international institutions that supported his country’s economic growth and made possible the flourishing of commerce across the Indo-Pacific region. Secondly, he said, the South Korean people possess an indomitable work ethic.

Ahn noted that it wasn’t just the adoption of communist governance that led to Pyongyang’s failures. It had made a series of poor choices beyond the disastrous consequences of launching a war in the South in 1950. When much of the communist world was liberated or reformed their systems at the end of the Cold War, North Korea became isolated by its own belligerence. Furthermore, the centralized nature of its government created the conditions that led to a nationwide famine and the starvation of more than three million of its citizens in the 1990s. Resources were not committed to the economic welfare of North Korea’s citizens.

He explained that the Kim regime’s arsenal of weapons of mass destruction poses an existential threat to the South. Pyongyang has an estimated range of 20 to 60 warheads in its nuclear weapons program. It also has the world’s third-largest stockpile of biological and chemical weapons, as well as long-range artillery with a combat radius of 60 kilometers, much of which is pointed directly at Seoul. Stressing the importance of alliances and US leadership in the Pacific, he argued that this weaponry threatens not only South Korea but also US military assets and other countries within the region.

Ahn believes that the Kim regime’s initial pursuit of nuclear weapons was based on the erroneous belief that it was the only way to ensure its political survival. Pyongyang held that it was precisely the lack of nuclear weapons that led to the downfall of Saddam Hussein in Iraq in 2003 and Muhammar Gaddafi in Libya eight years later.

Ahn maintained that in fact, Hussein was forced from Baghdad after the US invasion because of the suspicion that he was developing nuclear weapons, and Gaddafi was assassinated as a consequence of systematic brutality against his own citizens. Ahn said that a better example for North Korea to follow is that of South Africa, which gave up its nuclear weapons, dismantled its decades-old policy of apartheid, and became a respected member of the international community.

Ahn said that the current danger arises because the Kim regime may not be content with simply establishing deterrence and balance of power in the region. Rather, he contended, Pyongyang has embraced the Soviet concept of “correlation of forces,” that is, the entirely subjective belief that beyond military and economic strength there were intangible factors that could restructure international relations to its advantage. Such factors include shifting trends of the global population’s political beliefs toward socialism and revolutionary movements and away from capitalism.

Ahn argued also that it is in the national interest of the People’s Republic of China for North Korea to be denuclearized. The two countries share a 1,420-kilometer border, and a principal strategic concern for Beijing is the stabilization of the Korean Peninsula.

“There is an expression that is often used in China. . . . North Korea is a lip. If the lip goes away, the teeth will have to deal with the cold air,” said Ahn.

Ahn noted that he welcomed China’s decision not to veto United Nation Security Council 2321, which imposed broad sanctions on various North Korean commercial sectors and virtually prevented the communist nation from exporting its $3 billion volume of goods and services (compared to South Korea’s $60 billion volume of exports). Ahn explained, however, that he was perplexed by Beijing’s decision to reverse course and soften their own economic restrictions against Pyongyang in 2018.

Ahn maintained that Beijing’s support of Pyongyang, as well as its aggressive actions in Hong Kong, the Taiwan Strait, the South China Sea, and along China’s border with India, do not help China’s long-term prospects as the preeminent power in the region.

“Common sense tells you that you want your backyard to be peaceful,” Ahn said.

Citing a 2005 public statement from the former deputy secretary of state Robert Zoellick, Ahn said that as a great power, China must assume the role of a “responsible stakeholder” in the international system—adhering to its fundamental order, respecting its rules, and cooperating with the United States and other nations in addressing global challenges. Ahn added that the role of responsible stakeholder also means respecting the sovereignty of neighboring countries.

Ahn concluded the discussion by addressing South Korea’s complex relationship with Japan, which has frequently been strained by trade disputes and the memory of Japan’s occupation of the Korean Peninsula during the Second World War. He said that though the memories of war should not be forgotten, they should be overcome by shared strategic interests.

One of the ways this can be accomplished, Ahn said, is through exchange programs and other forms of diplomacy where the people of South Korea and Japan can develop a familiarity and better understanding of each other’s culture and society. As an example, Ahn recalled a diplomatic contribution he made by requesting that South Korean airlines provide direct flights between Gimpo International Airport in Seoul and Haneda International Airport in Tokyo. Previously, carriers only flew between Inchon (Seoul) and Narita (Tokyo), airports that were much farther away from their respective city centers.

“Each time I went to Gimpo Airport and saw a long line of passengers getting on board their shuttle flight…. They looked like high school students,” Ahn said.

“I said to myself, that must be the future of relations between South Korea and Japan.”