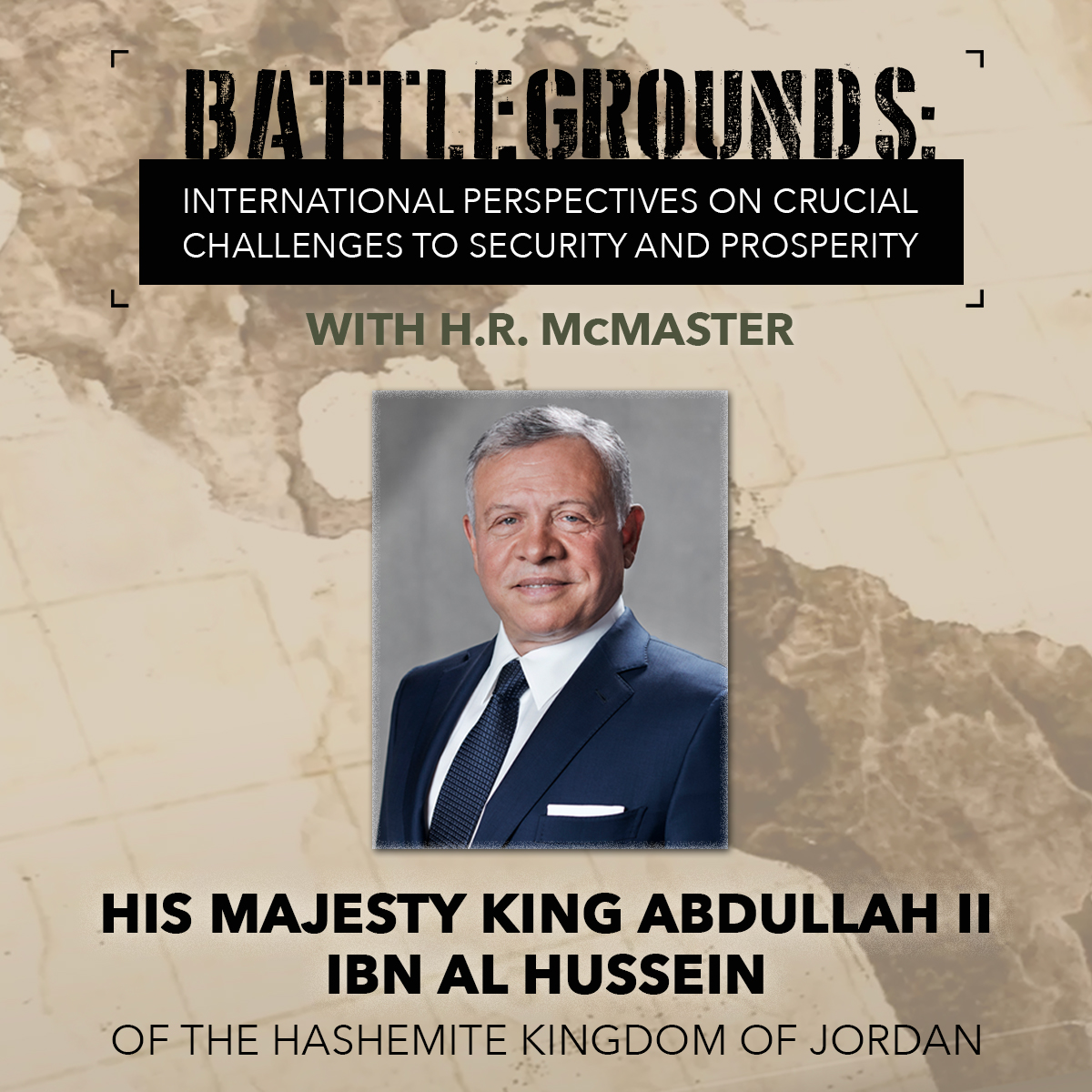 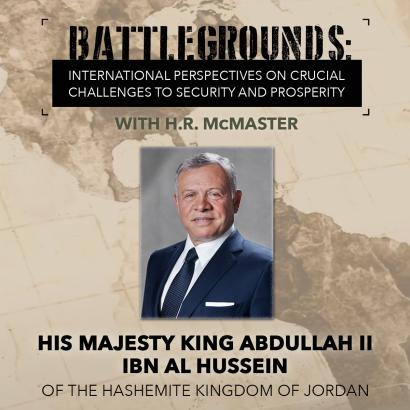 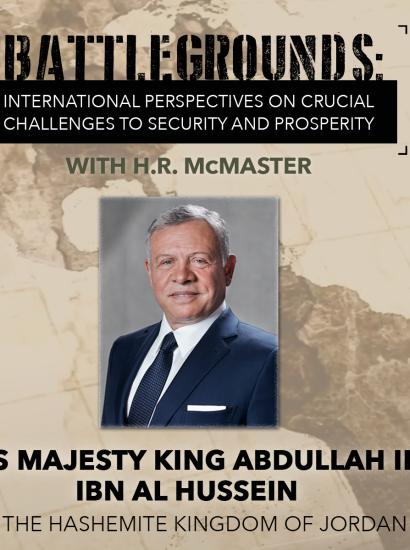 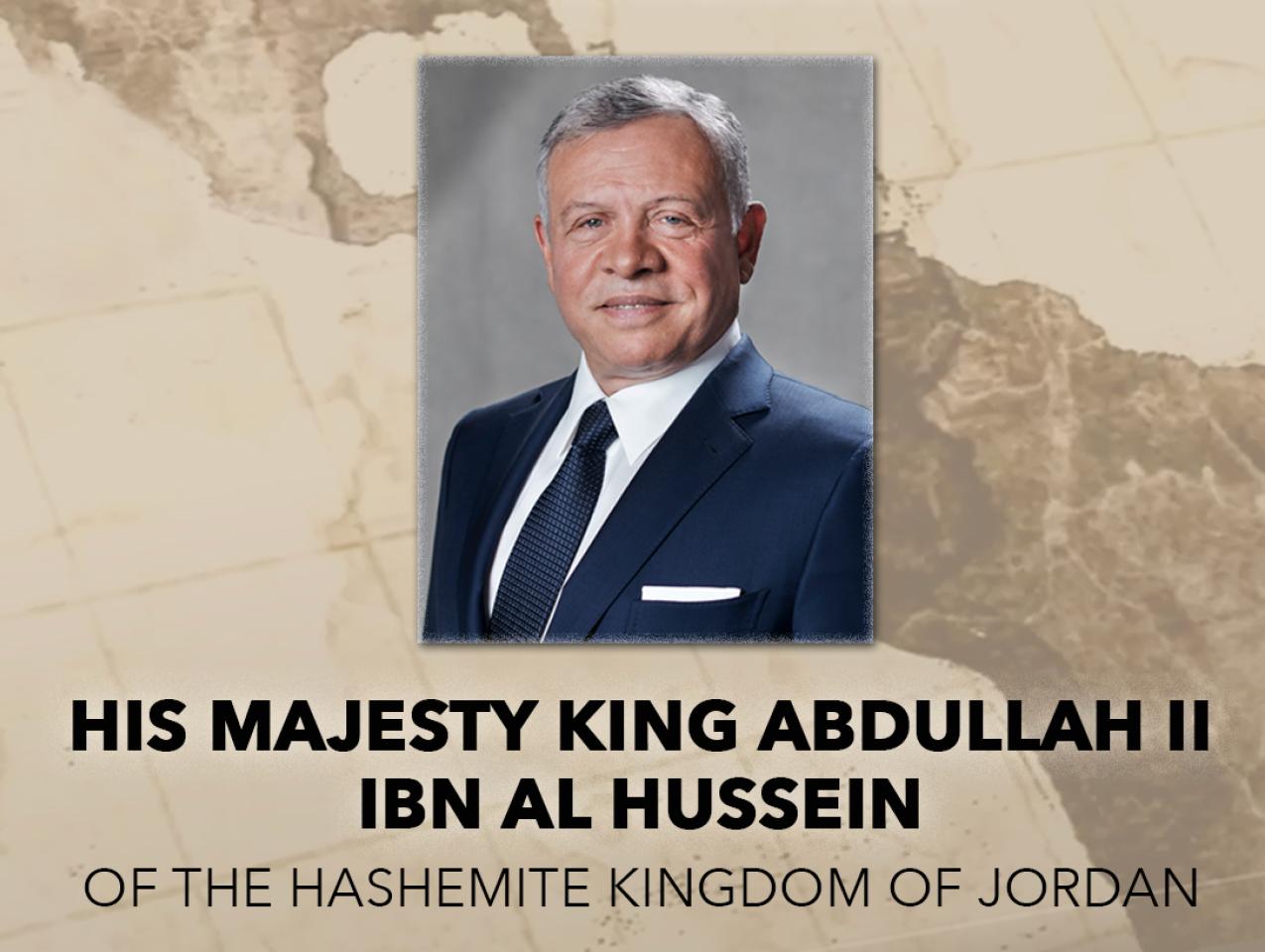 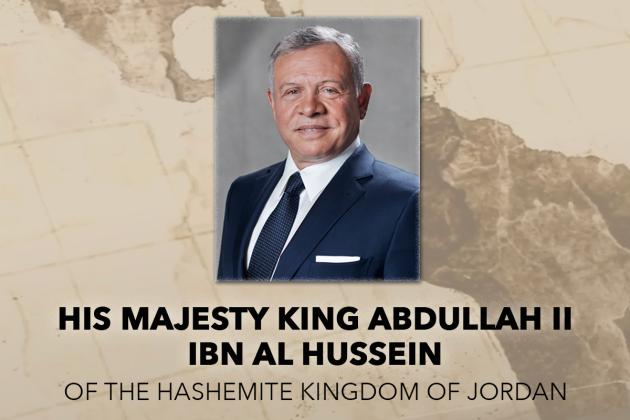 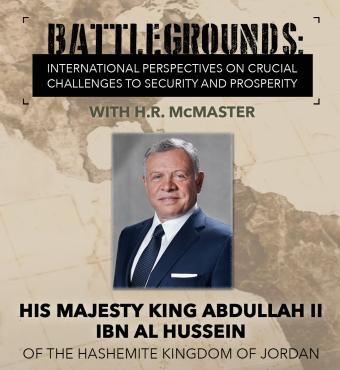 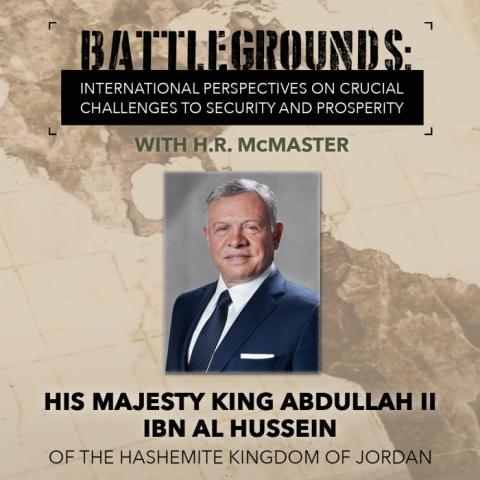 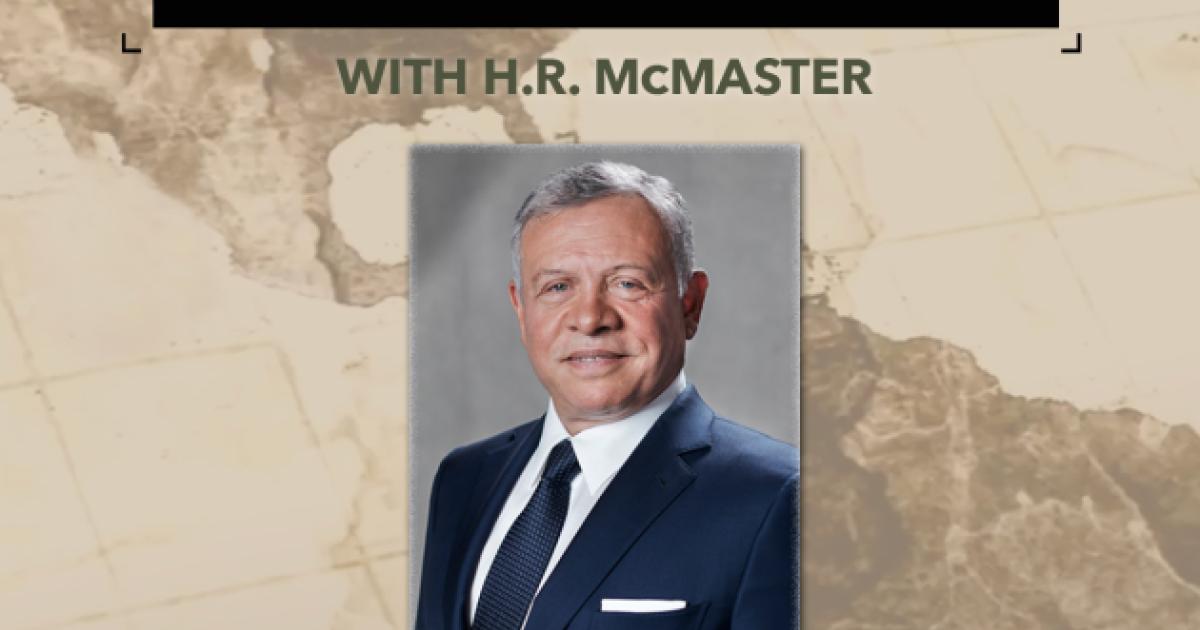 In this episode, which aired May 18, King Abdullah underscored how critical it is for the states of the Middle East to do more of the “heavy lifting” in advancing peace and improving the conditions of their own societies.

“We need to fix our own problems. There is always the easy way out that the United States will come in and solve all of our issues,” said Abdullah. “What I have seen in the past several months is Arab leaders coming together and saying, ‘How can we chart a new vision for our region?’”

Abdullah described some of the “battlegrounds” Jordan and other Arab countries are currently facing, including the civil war in Syria, now over a decade long, and sectarian violence in the region fueled by Iran’s Revolutionary Guard. He maintained that these and other security concerns cannot be confronted in isolation from one another. Terrorism and other manifestations of extremism are transnational in nature, and responses to such threats require close coordination with allies and security partners globally.

From this perspective, in 2015, King Abdullah launched the Aqaba Process initiative, in which he has invited policy leaders throughout the world to exchange expertise, share information, and enhance security cooperation aimed toward combating terrorism. In March, Abdullah hosted a new round of meetings in Amman that involved the leaders of Rwanda, the Democratic Republic of the Congo, and Mozambique.

“Our enemies are networked, and we need a networked solution,” McMaster agreed.

Abdullah went on to describe Jordan’s role in the Middle East peace process, as tensions have been high between Israelis and Palestinians in recent months. Palestinians have clashed with Israeli security forces in protests over expansion of settlements in the West Bank. Meanwhile, there has been a string of terror attacks that resulted in several Israelis dead. In late March, Abdullah met with Palestinian president Mahmoud Abbas in Ramallah in hopes of diffusing violence and restoring diplomacy. He stressed that achieving peace is crucial to helping the region focus on daunting challenges including ensuring food security and rebuilding economies impacted by the COVID-19 pandemic.

“The economy, I hope, overshadows political limitations,” Abdullah said, adding, “The vast majority of [people] want a better life. They want to make sure that their families are secure.”

Abdullah also addressed the impact of Russia’s invasion of Ukraine on the geopolitics of the Middle East. The Ukraine war has diverted the Kremlin’s attention from Syria, where, Abdullah argued, the Kremlin has had a role in helping to quell violence. He fears that now, with a reduced Russian presence, the gap in support for the Assad regime will now be filled by Iran, empowering the Shiite state to be an even more destabilizing force in the region.

In addition to supporting violence by the Assad regime in Syria and Hezbollah in Lebanon, Iran has backed Houthi rebels in Yemen, causing insecurity among the neighboring Gulf states, including the United Arab Emirates (UAE), a longtime American ally.

The UAE was dismayed last year when the Biden administration removed the terror designation placed on the Houthis in hopes that it could resuscitate a nuclear agreement with Iran.  Conversely, the United States has been disappointed in Emirati officials who chose to abstain from a United Nations resolution condemning Russia for its invasion of Ukraine and who refused to expand oil production during a period of record gasoline prices.

“I think the Emiratis are being put unfairly into a box. This is a nation that has spent thirty years in campaigns fighting side by side with the United States,” Abdullah explained. “From an Emirati perspective, you have to understand that this is a very capable and wealthy country that has investments all over the world.”

At the conclusion of the program, Abdullah explained that although Middle Eastern nations are demonstrating positive signs in taking a greater stake in their own security, it is critical that the United States not turn its attention away from the region.

“What I have said consistently to American presidents is that you can ignore the Middle East at your peril,” Abdullah maintained.