Multiple trends point toward an unlikely peaceful reunification of Taiwan with mainland China, raising the prospects of a war over the island nation, experts argued in a seminar copresented by Hoover’s project on China’s Global Sharp Power, project on Taiwan in the Indo-Pacific Region, and National Security Task Force. Friday, April 16, 2021 4 min read 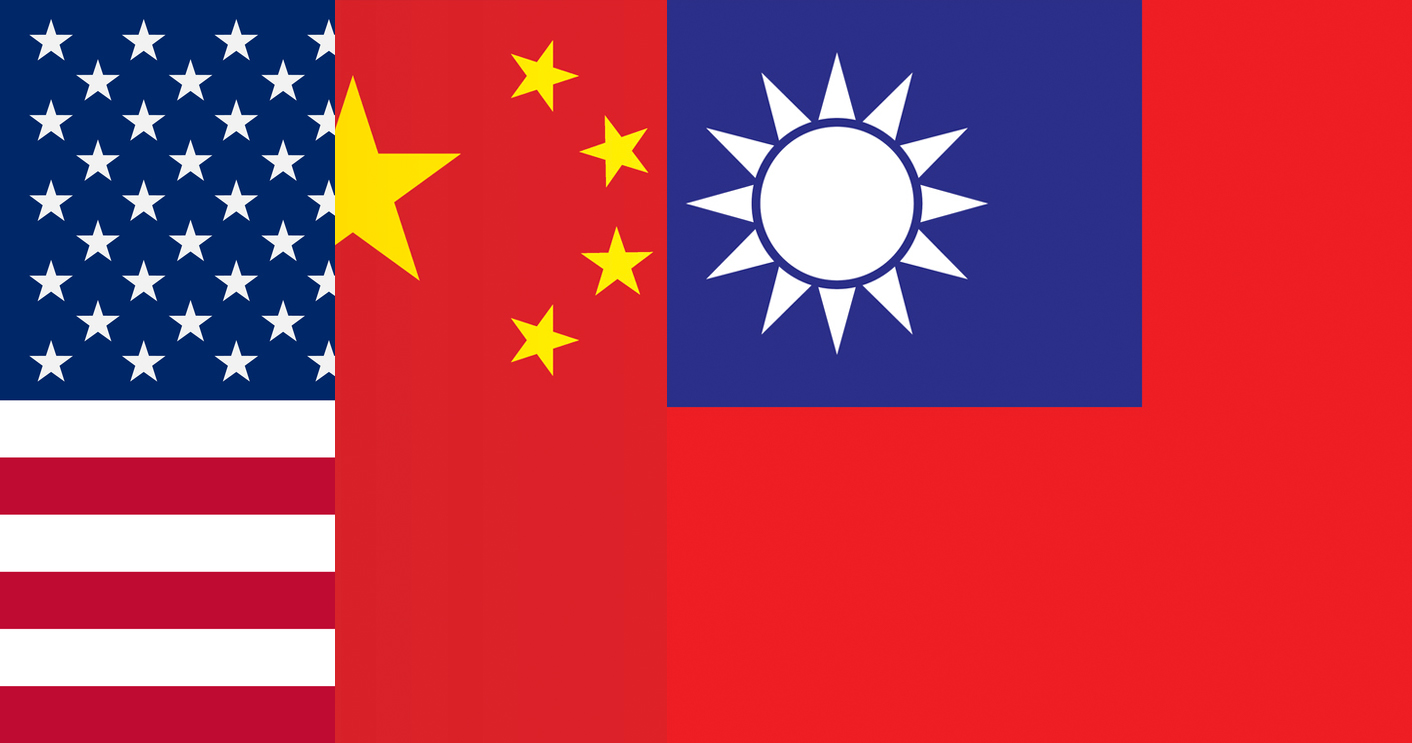 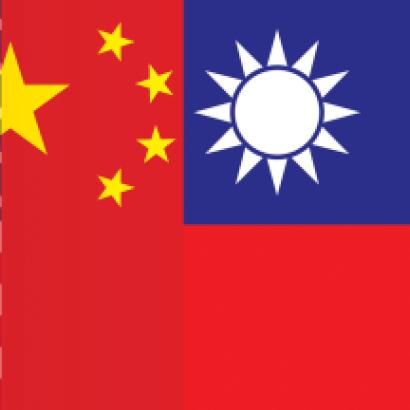 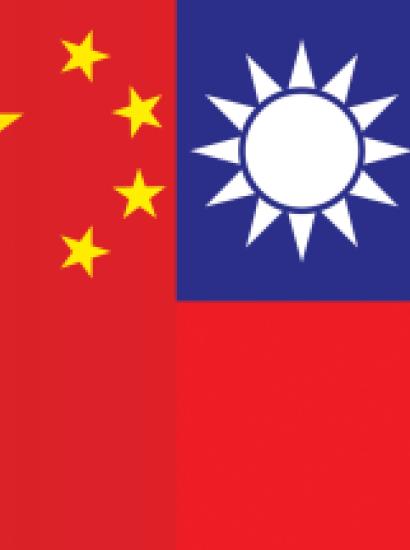 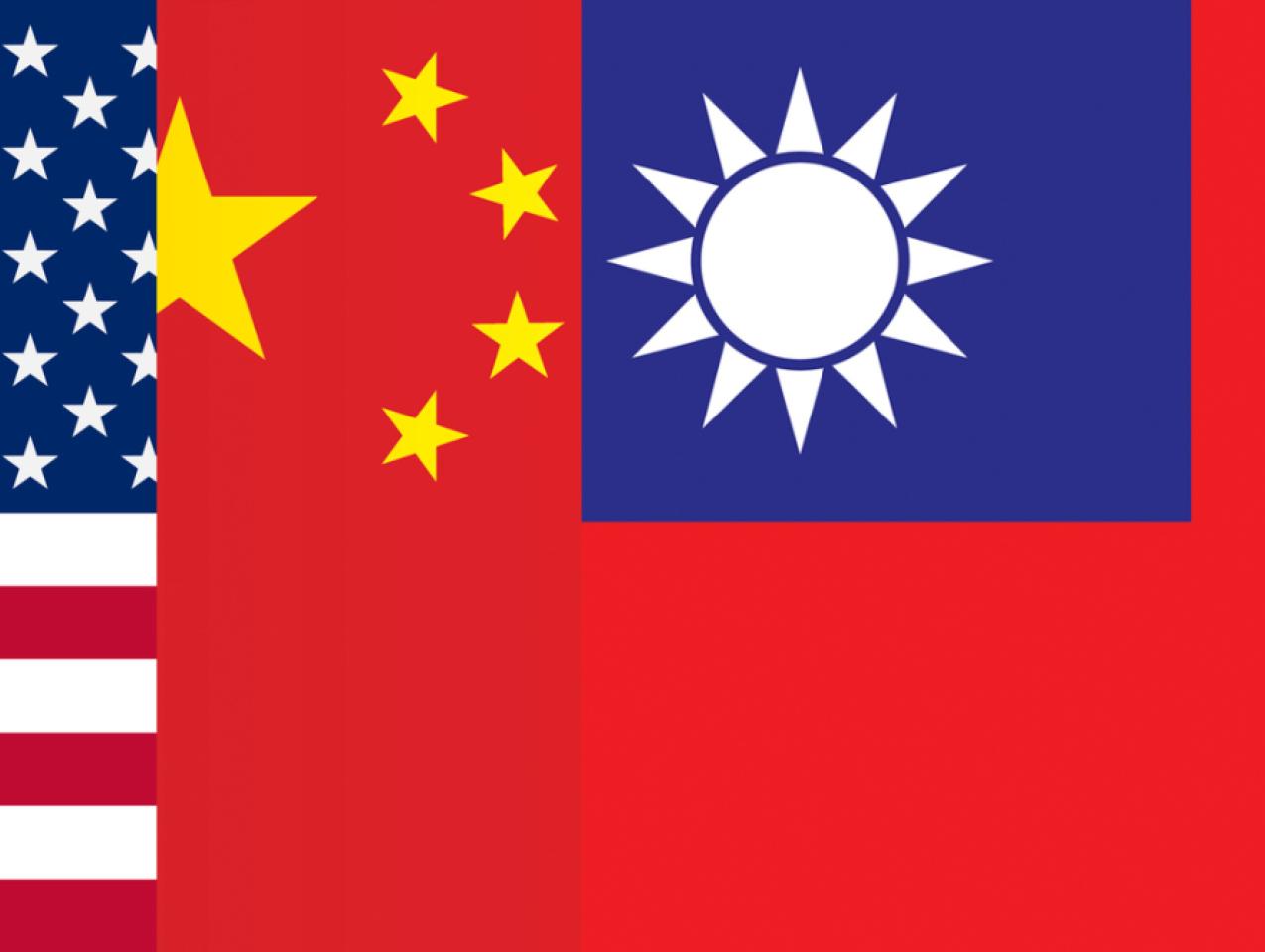 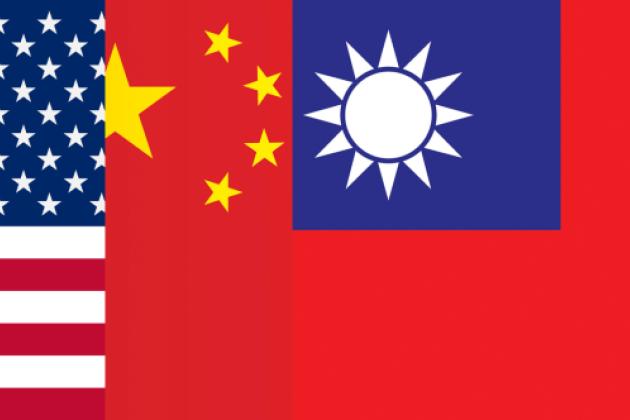 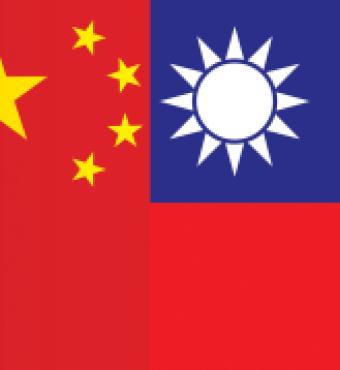 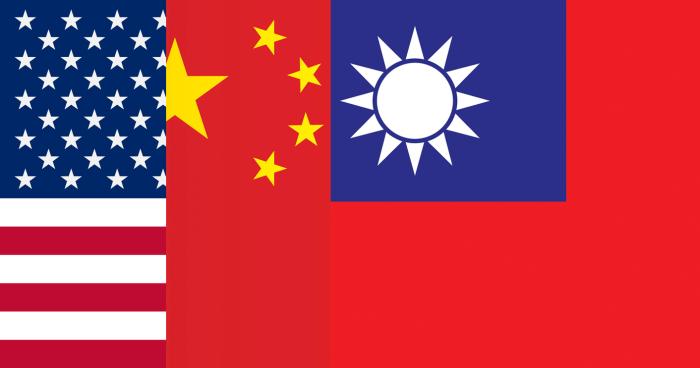 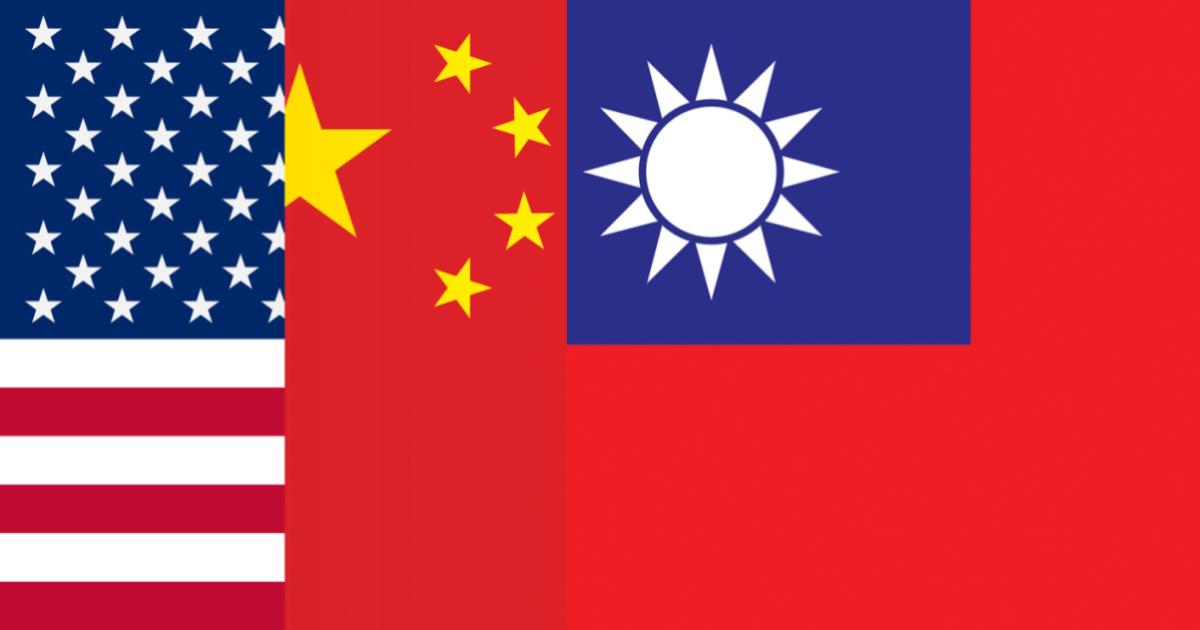 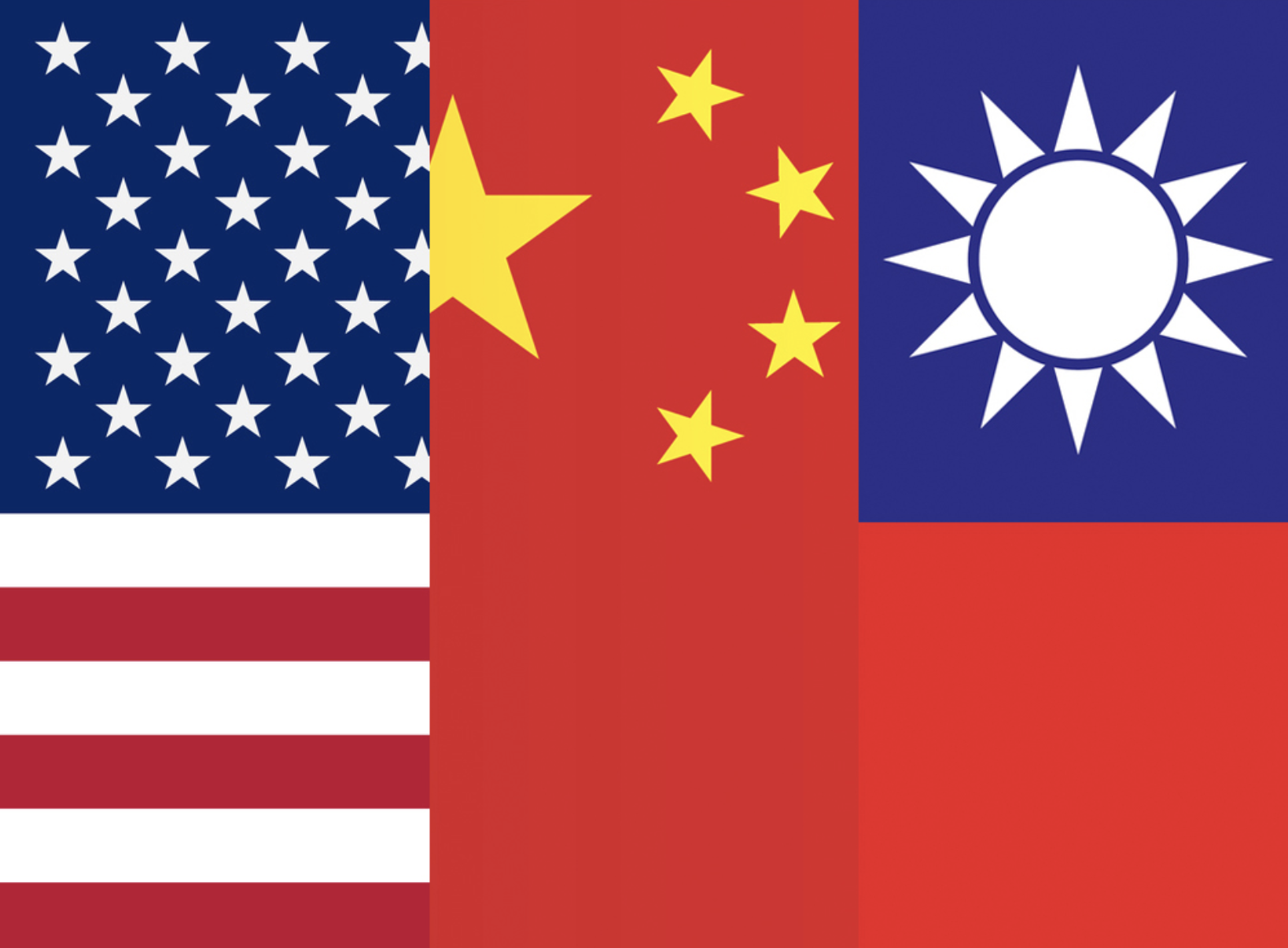 Multiple trends point toward an unlikely peaceful reunification of Taiwan with mainland China, raising the prospects of a war over the island nation, experts argued in a seminar copresented by Hoover’s project on China’s Global Sharp Power, project on Taiwan in the Indo-Pacific Region, and National Security Task Force.

The program, moderated by Senior Fellow Larry Diamond, featured Philip Zelikow, distinguished visiting fellow at the Hoover Institution, and Robert Blackwill, senior fellow at the Council on Foreign Relations. Blackwill and Zelikow are coauthors of a recently published paper that presents policy options for preventing conflict between the United States and China over the future of Taiwan. Hoover Davies Family Distinguished Fellow James Mattis and Annenberg Distinguished Visiting Fellow James O. Ellis Jr. provided observations on the scenarios described in the paper.

Blackwill listed several factors that make peaceful reunification unlikely. These include the strengthening of Taiwan’s democratic institutions and stronger public sentiments toward independence from China, as well as Taipei’s perceptions about Beijing’s aggressive takeover of Hong Kong, and the effective end of the “One Country, Two Systems” doctrine. Furthermore, Taipei’s successful management of the COVID-19 public health crisis has elevated its international standing, and its support from the United States is the strongest it has been in decades.

“The trends are exceedingly bad for China,” Blackwill said. “Most experts dismiss the possibility that China would use force against Taiwan. We’re not predicting it, but we think the United States ought to be ready if it were to occur.”

Zelikow explained that China is currently establishing a pre-war posture. Beijing has increased the readiness of its military forces through air and naval exercises near Taiwan. Also, in their rhetoric, China’s leaders have been conditioning its population for the possibility of conflict.

He presented three separate scenarios in which Beijing could attack Taiwan. In the first, the People’s Liberation Army (PLA) could invade Taiwan’s peripheral islands as part of a below-the-threshold campaign of intimidation. Zelikow believes, however, that such a measure would be unproductive. Instead, it would only weaken Taiwan’s pro-Chinese parties and strengthen the resolve of the independence movement.

In the second scenario, China could impose a naval quarantine, controlling all international access to Taiwan and diverting incoming shipments for clearance on the mainland.

Third, China could invade Taiwan, either through a swift military operation in centers of political power, harbors, and airfields, or by launching a full-scale siege beginning with an amphibious landing on the island nation’s shores. Zelikow maintained that theoretically, Taiwan could offer a robust defense, but it would need to adopt asymmetric strategies to counter the superiority of the PLA.

Zelikow then outlined policy approaches that the United States could adopt in defense of Taiwan. He said that one option would be for the US not to plan on a direct defense of Taiwan, and instead recognize that this region of the world is within China’s sphere of influence and has no impact on American national security interests.

The second approach would be for the US to plan a defense strategy but not make public commitments to act in advance of a potential Chinese attack on Taiwan. He said that many believe this to be the United States’ status quo position, but it also leaves questions unanswered, including whether US forces are purposely not disclosing their military readiness for a conflict with Beijing or are simply not prepared to defend Taiwan.

A third approach would be for the United States to commit, plan, and share with allies the responsibility for the defense of Taiwan. He explained that this strategy would likely ultimately involve launching attacks on military targets in mainland China in the event China moves on Taiwan. However, Zelikow warned, such a plan may underestimate the strength of PLA forces in the region.

The fourth approach, which Blackwill and Zelikow favor, would challenge a potential Chinese quarantine strategy by working with allies to deliver arms and supplies to Taiwan.

“In this option, the plan places the burden very clearly on China to widen any war beyond Taiwan,” said Zelikow.

Furthermore, he explained, such a strategy assumes that the United States and its allies, especially Japan, would enhance and ready their forces to deter China from starting a war.

In his remarks, General Mattis advocated that American policy makers make efforts to reduce miscalculations that could lead to the outbreak of war, including maintaining the “One China Policy” first articulated in the early-1970s, and engage in a sustained dialogue with Beijing’s leaders. He added that while Washington should manage its differences with Beijing, it should also, as the paper suggests, expand the competitive space by remaining internationally engaged and strengthening relationships with security and economic partners.

Mattis argued that China in its rhetoric would not explicitly dismiss the Quad alliance of Australia, India, Japan, and the United States if it weren’t concerned about the combined countries’ mission to counter Beijing’s ambitions to dominate the Indo-Pacific region. He emphasized that it is in China’s interests to avoid conflict with the United States, because the US Navy’s Fifth and Seventh Fleets patrol important waterways near Middle Eastern countries where China obtains most of its energy supplies.

Mattis added that promoting shared democratic ideals can demonstrate enormous power in asserting diplomatic and economic leverage against authoritarian regimes. He explained that a little-reported September 2020 trip by a senior Czech delegation to Taiwan angered Beijing, with whom the Czech Republic has strong trade ties. However, Czech leaders remained unfazed,because they have a history of being bullied by larger powers. In March 1939, German forces invaded and occupied Czechoslovakia. Nearly, thirty years later, Warsaw Pact forces invaded the country with the goal of suppressing a democratic reform movement.

“The [People’s Republic of China], if they were able to engage in some of the activities we’re concerned with in this paper, would find themselves vulnerable diplomatically, economically, and militarily,” Mattis said.

Admiral Ellis questioned whether America and its allies had the capability to develop a strategy of deterrence in defense of Taiwan. He explained that when he was commander of the USS Independence during the Taiwan Strait crisis in 1995–96, US forces were able to operate with relative impunity. China ultimately gave private assurances that it would not invade Taiwan.

He explained that while China’s military capabilities have advanced, the US and its allies have not developed a force structure in the region strong enough to deter Beijing’s aggression.

In addition, Ellis asked the authors if their favored quarantine approach posed too high risks, since its contingency plan publicly reveals a deterrence strategy.

Blackwill insisted that by making the deterrence capability well known, Washington can compel Beijing to consider the comprehensive damage it can cause to its interests through an attack on Taiwan. This is true, Blackwill maintained, even if America and allies aren’t able to match China’s military prowess in the region.

“We do think the strategy we described should be public, it should be as well known to the Chinese as our response to a Soviet invasion of Germany was to the Soviets,” Blackwill concluded. “That was no mystery.”