US secretary of state Michael Pompeo delivered an address to an audience of Stanford University students, faculty, and Hoover Institution fellows about the Trump administration’s re-establishment of deterrence in its policy toward Iran, and how it correlates to America’s overarching national security strategy. Tuesday, January 14, 2020 2 min read 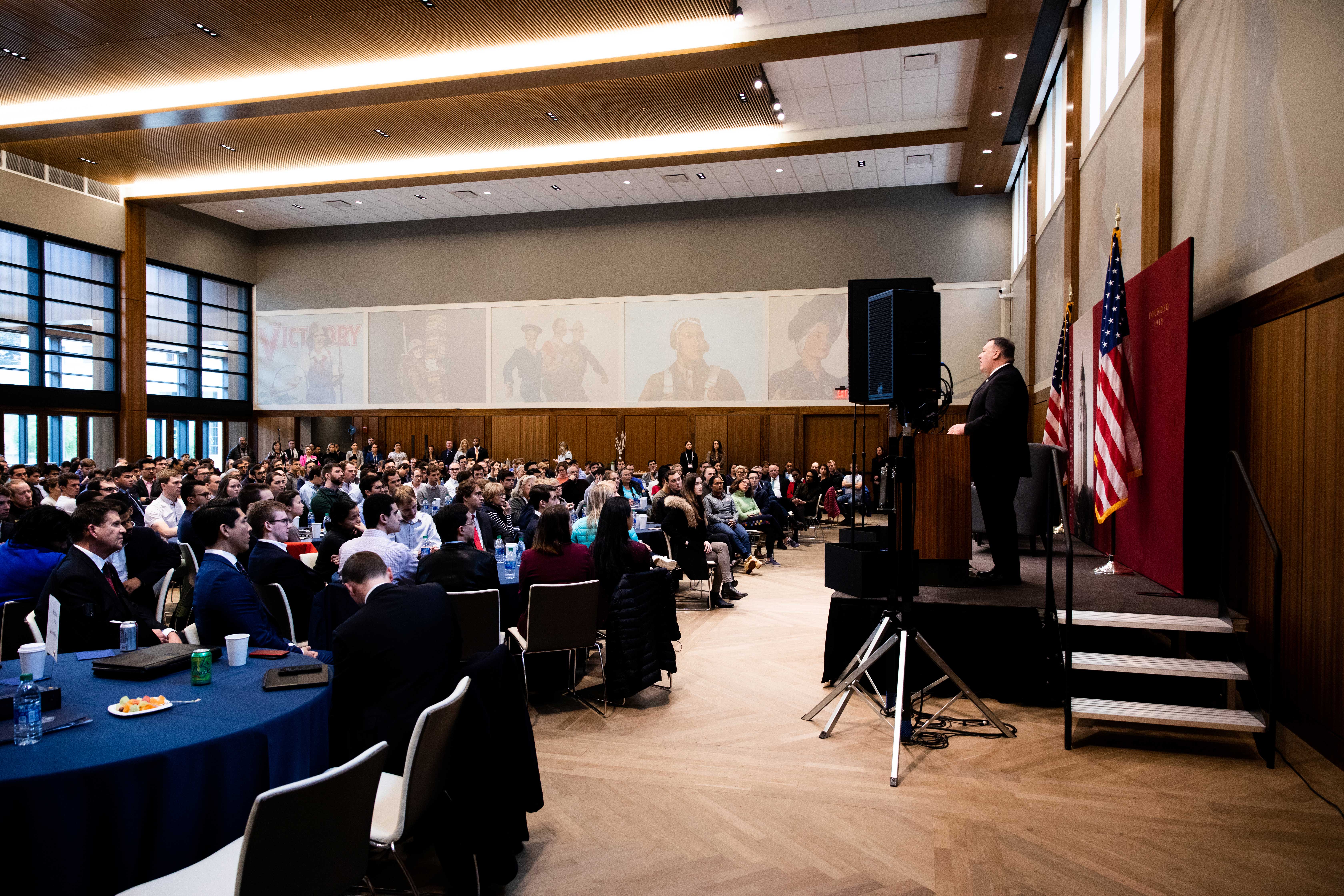 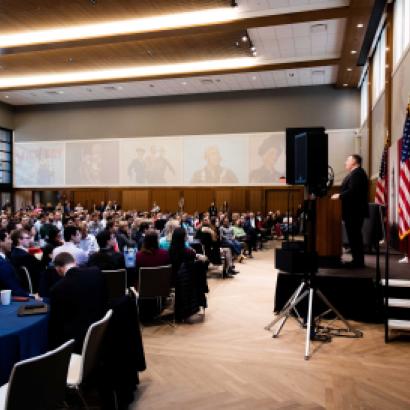 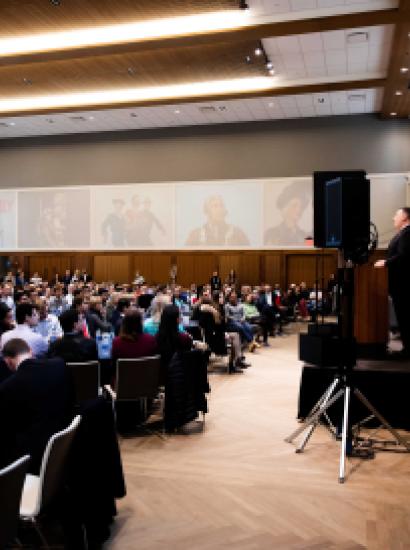 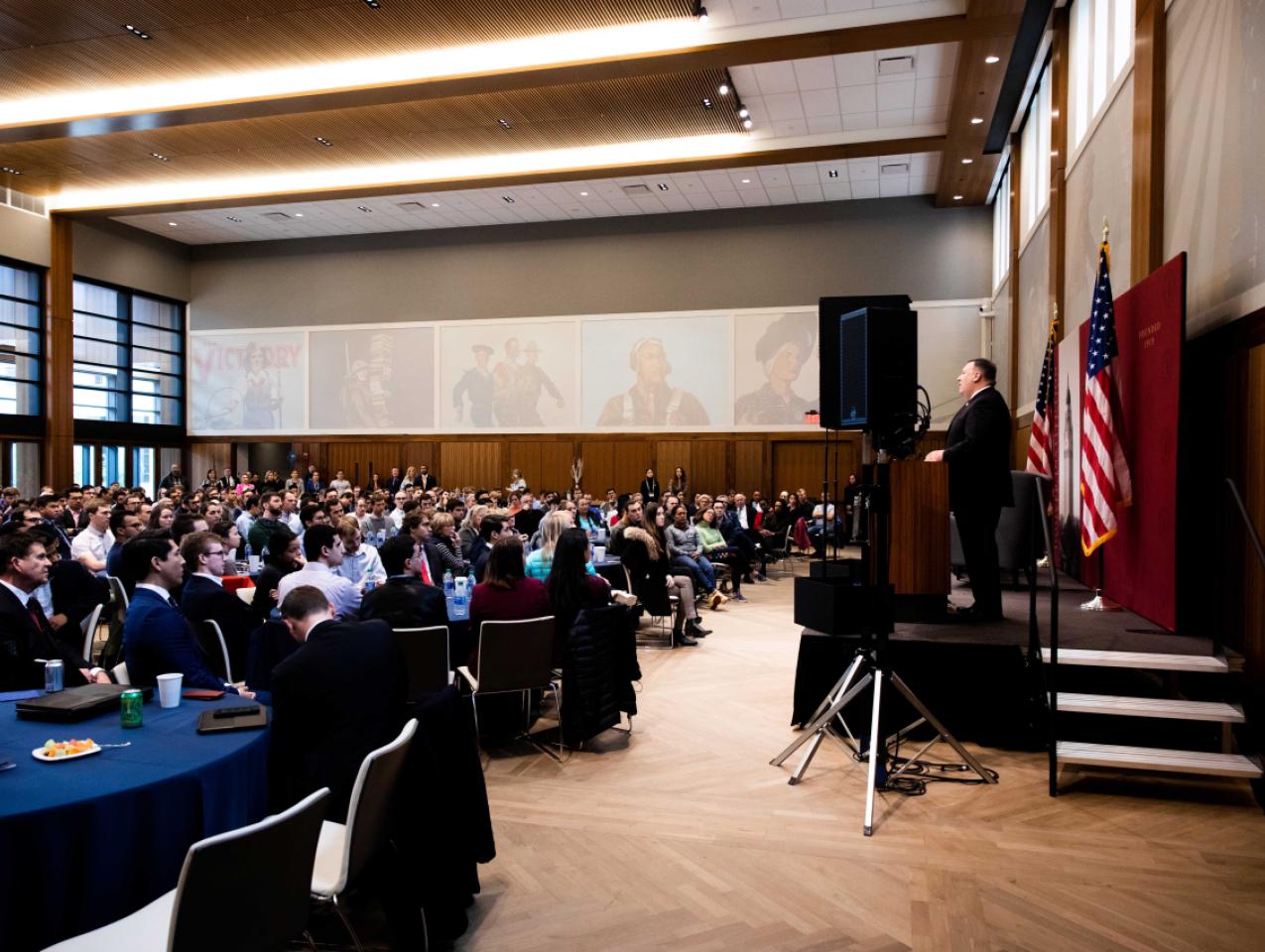 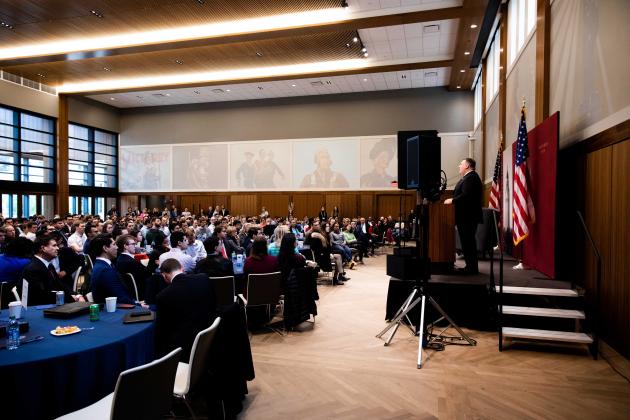 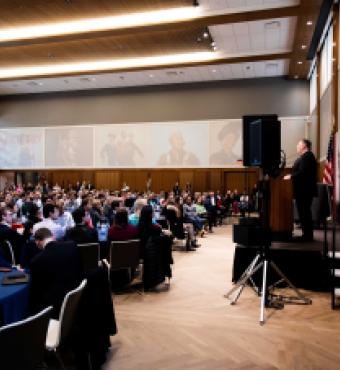 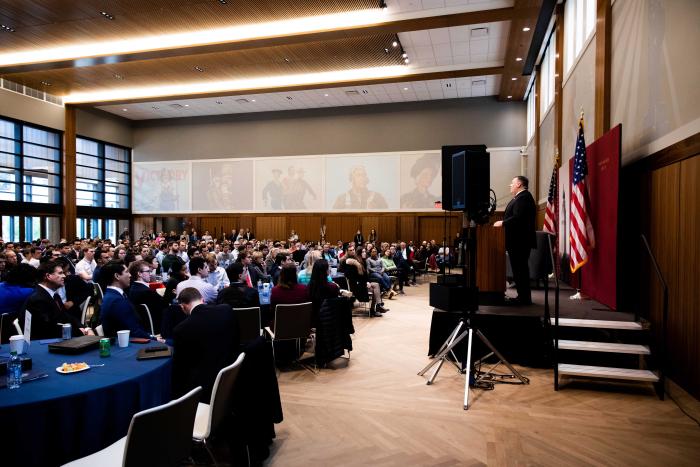 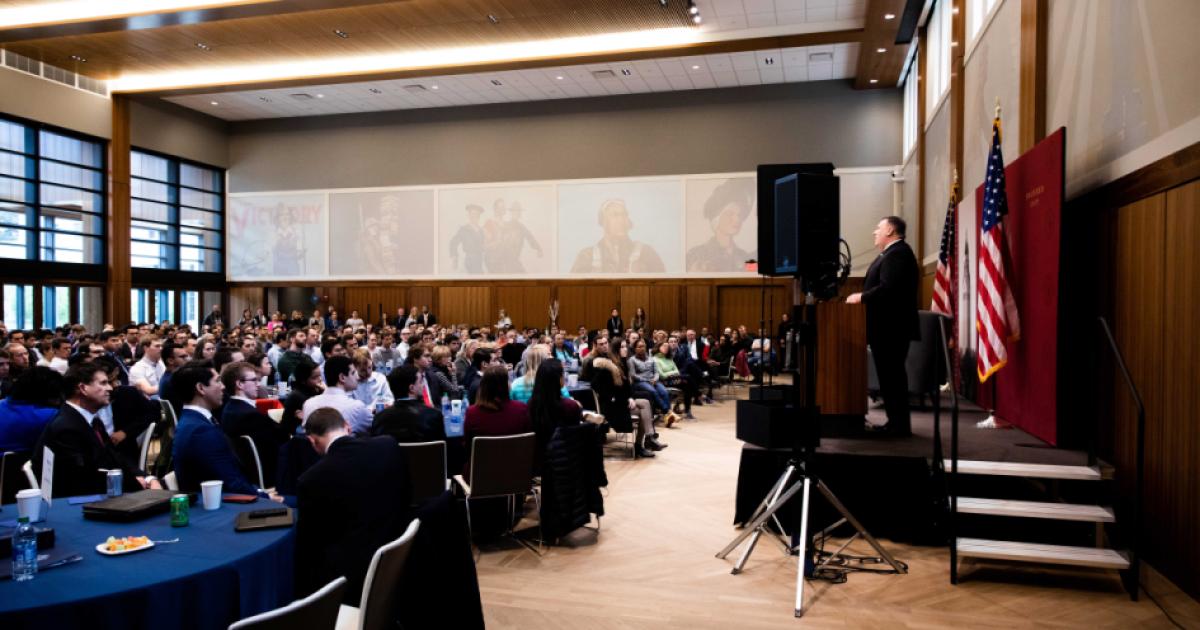 Hoover Institution (Stanford, CA) –  US secretary of state Michael Pompeo delivered an address to an audience of Stanford University students, faculty, and Hoover Institution fellows about the Trump administration’s re-establishment of deterrence in its policy toward Iran, and how it correlates to America’s overarching national security strategy.

Pompeo began his remarks with a tribute to President Herbert Hoover and the values he held, articulating that the Institution’s founder “deserved our praise for revering all of America’s exceptional splendor,” on behalf of his work to advance the cause of freedom as a great businessman and humanitarian.

Pompeo said that under Soleimani, Iran and its proxies organized and incited violence that led to millions of displaced persons and hundreds of thousands of deaths in Syria, destabilized democracies in Lebanon and Iraq, and killed more than six hundred Americans across the region.

Pompeo underlined that while the drone strike was made in response to the December 27 attack on an American defense contractor and the December 31 assault on the US Embassy in Baghdad, its deterrent effect should be defined in strategic terms.

“Deterrence means persuading the other party that the cost of specific behavior exceeds its benefits,” Pompeo said. “Your adversary must understand that not only do you have the capacity to impose costs, but that you are willing to do so.” 'Referencing what he perceived as laxity in previous administrations’ Iran policies, Pompeo quoted Martin and Illie Anderson Senior Fellow Victor Davis Hanson as saying that deterrence is “hard to establish and easy to lose.”

Pompeo said that the Obama administration’s Joint Comprehensive Plan of Action (JCPOA) with Iran had the reverse effect of deterrence, enabling Iran’s regime to establish revenue streams and fund the build-up of Shiite militia networks across the Middle East.

Pompeo laid out the Trump administration’s strategy as threefold: diplomatic isolation, economic pressure, and military deterrence. Its objective is to deprive the regime of resources and to alter its behavior.

He argued that as a result of the administration’s actions, allies have joined the United States in patrols of the Strait of Hormuz, imposed travel bans on Iran’s biggest air carrier of military assets and weapons, and declared Hezbollah a terrorist organization. He insisted that economic pressure has resulted in cutting off 80 percent of Iran’s oil revenues, leading to $200 billion in lost foreign income and investment. As a result of the Soleimani strike, he said, Iran will now have to consider the high price they would pay for inciting future attacks on American lives.

Pompeo explained that with the goal of defending freedom, the Trump administration is deploying its strategy in other parts of the world where deterrence has been undermined. The administration’s policy is to counter Russian aggression—as seen during the military occupation of Crimea in 2014—with greater support of the Ukrainian military. President Trump has also withdrawn the United States from the decades old INF (Intermediate-Range Nuclear Forces) Treaty, because Russia has repeatedly violated its terms.

Pompeo said the administration has also been pursuing deterrence in the South China Sea in the form of naval exercises with allies to prevent China’s island-building. He emphasized that future economic relations with China will be based on fairness, reciprocity, and an end to the theft of intellectual property—a development he said is beginning with the first phase of the US-China trade deal, expected to be agreed to this week.

Rice asked Pompeo how the administration is considering pathways to diplomacy once it has established deterrence.

“We have first delivered American expectations about how we think they could fit in to what works for the United States of America, and we have done that through diplomacy,” Pompeo answered. “When that fails, when they have moved past a boundary you have set, it requires you to respond to that in a way that convinces them that you actually meant what you said.”

During the question-and-answer session, Gabby Conforti, a junior studying political science, asked Secretary Pompeo how the Soleimani strike has affected the future of America’s troop presence in Iraq.

Pompeo said the administration is committed to Iraq’s democratic system, and that he is staying in constant communication with leaders representing various cross sections of Iraq’s multifactional political landscape.

“They won’t all say so publicly, but privately they all welcome the fact that America is still [in Iraq] executing our counterterror campaign, making sure that ISIS doesn’t re-emerge in theater, and providing an opportunity for the Iraqis to gain the sovereignty and independence that most Iraqis want,” Pompeo said.