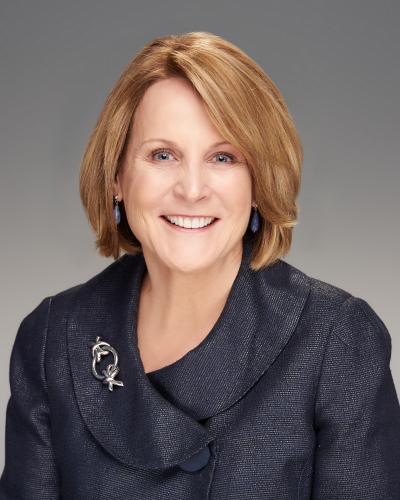 Alice Hill has an uncommon blend of experience—as a federal prosecutor, judge, special assistant to the president, and senior director for the National Security Council. At the White House, she led the development of policy regarding national security and climate change, building climate resilience considerations and capabilities into international development and other federal initiatives, and developing national risk-management standards for the most damaging natural hazards. Hill previously served as a research fellow at Stanford University’s Hoover Institution, where she addressed risks, consequences, and responses associated with catastrophic global events, including the cascading failure of infrastructure and social systems.

Early in her legal career, Hill served as chief of the major frauds division in California’s central district of the US Attorney’s Office, supervising over thirty prosecutors handling white-collar crime involving losses in the billions of dollars. She was honored with the Department of Justice’s highest accolade, the John Marshall Award for Outstanding Legal Achievement. Then as judge and supervising judge within the Los Angeles Superior Court, she was elected by her fellow judges to the committee responsible for overseeing all LA County court operations—600 courtrooms, 2.7 million case filings a year, and an annual budget of $900 million.

In 2009, Hill was asked to serve as Senior Counselor to the Secretary of the US Department of Homeland Security (DHS), helping guide senior leadership of DHS agencies, briefing Congress, and leading and establishing key programs. She led the review of policy regarding creation of the cybersecurity workforce, sexual assault in the military, and legal requirements for terrorism protection; and she founded and led the internationally recognized anti-human trafficking initiative, Blue Campaign. Other accomplishments include overseeing the realignment of DHS international presence in forty-two countries and the development of strategic plans and policies regarding catastrophic biological and chemical incidents ranging from pandemics to weapons of mass destruction.

For three years beginning in 2013, Hill served in several positions for the National Security Council in the White House. With top-secret security clearance, she managed a team of eight National Security Council Directors and developed Federal policies regarding national preparedness for all hazards of global consequence, including climate. She was honored with the Meta-Leader of the Year award from Harvard University’s National Preparedness Leadership Initiative.

Alice Hill joined Stanford University’s Hoover Institution in December 2016 as a research fellow, conducting and publishing research, providing expert testimony, convening public policy leaders, and building the public conversation around catastrophic global threats and our responses. She was honored for her work with the President’s Award from the National Institute of Building Sciences and has been published in Axios, Newsweek, Foreign Policy, The Hill, LawFare, CNN, The Bulletin, and other media. She led development of the Hoover/Stanford Woods Institute/Wilson Center Partnership as well as the Hoover/Aspen Institute Roundtable on Climate and National Security. She serves as a life member on the Council of Foreign Relations, and she expects to publish a new book on climate resilience with Oxford University Press in 2019.

Hill earned her BA in history and economics from Stanford University, followed by a law degree from the University of Virginia School of Law.

Hill is a Member of Boards of Directors and Audit Committees of the domestic subsidiaries of Munich Re Group and is Chair of the Board of the National Cathedral School in Washington, DC. She is a member of the Pacific Council on International Policy, founding board member of the Council on Strategic Risks, and a member of the advisory board of One Concern.