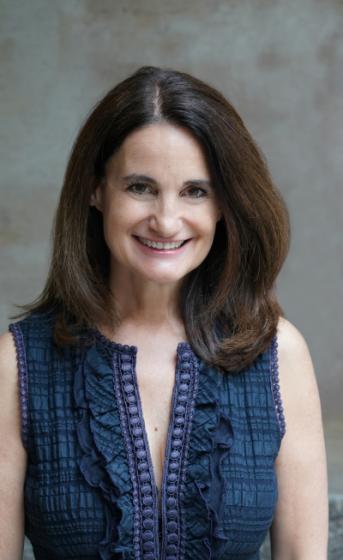 Elizabeth Economy is a senior fellow at the Hoover Institution at Stanford University and a senior fellow for China studies at the Council on Foreign Relations, where she previously served as the C.V. Starr senior fellow and director for Asia Studies for over a decade. Economy is currently on leave serving as a senior foreign advisor in the Department of Commerce for the current administration.

Economy is an acclaimed author and expert on Chinese domestic and foreign policy. Her most recent book, The Third Revolution: Xi Jinping and the New Chinese State, (Oxford University Press, 2018; Thai edition, 2018; Chinese (Taiwan) edition, 2019) was shortlisted for the Lionel Gelber Prize, a prestigious literary award for foreign affairs books. She is also author of By All Means Necessary: How China's Resource Quest is Changing the World (Oxford University Press, 2014; Vietnamese, 2019) with Michael Levi, and The River Runs Black: The Environmental Challenge to China's Future (Cornell University Press, 2004; 2nd edition, 2010; Japanese edition, 2005; Chinese edition, 2011). The River Runs Black was named one of the top 50 sustainability books in 2008 by the University of Cambridge, won the 2005 International Convention on Asia Scholars Award for the best social sciences book published on Asia, and was listed as one of the top ten books of 2004 by the Globalist as well as one of the best business books of 2010 by Booz Allen Hamilton's strategy+business magazine. She also coedited China Joins the World: Progress and Prospects (Council on Foreign Relations Press, with Michel Oksenberg, 1999) and The Internationalization of Environmental Protection (Cambridge University Press, with Miranda Schreurs, 1997). She has published articles in foreign policy and scholarly journals including Foreign Affairs, Harvard Business Review, and Foreign Policy, and op-eds in the New York Times, the Washington Post, and the Wall Street Journal, among others. Economy is a frequent guest on nationally broadcast television and radio programs, has testified before Congress on numerous occasions, and regularly consults for U.S. government agencies and companies. She writes about topics involving China on CFR's Asia Program blog, Asia Unbound, which is syndicated by Forbes.com. In June 2018, Economy was named one of the "10 Names That Matter on China Policy" by Politico Magazine.

Economy serves on the board of managers of Swarthmore College and the board of trustees of the Asia Foundation and the National Committee on U.S.-China Relations. She is a member of the Aspen Strategy Group. She was also on the advisory council of Network 20/20 and the science advisory council of the Stockholm Environment Forum. She served as a member of the World Economic Forum (WEF)’s Global Agenda Council on the United States from 2014 to 2016 and served as a member and then vice chair of WEF’s Global Agenda Council on the Future of China from 2008 to 2014. Economy also served on the board of the China-U.S. Center for Sustainable Development. She has taught undergraduate and graduate level courses at Columbia University, Johns Hopkins University's Paul H. Nitze School of Advanced International Studies, and the University of Washington's Jackson School of International Studies.

Economy received her BA with honors from Swarthmore College, her AM from Stanford University, and her PhD from the University of Michigan. In 2008, she received an honorary doctor of laws degree from Vermont Law School. She lives in New York City with her husband and three children.