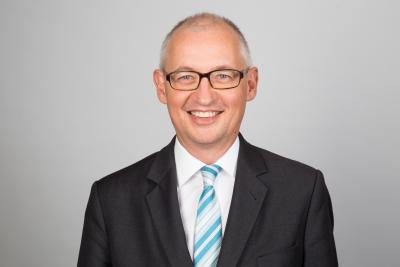 Martin Schallbruch was a visiting fellow at the Hoover Institution. His research interests focused on cybersecurity, especially in the context of the distribution of roles between government and business. He also worked on public sector digital strategies and public private partnerships in the fields of cybersecurity and digitization. He advocated a strategy of digital sovereignty, keeping and extending the ability of individuals, businesses, and governments to act in cyberspace without unwanted dependencies.

Schallbruch is a director at the Digital Society Institute (DSI) Berlin. The DSI is an interdisciplinary research institute for digitization at the European School of Management and Technology in Berlin, a private university supported by German industry.

Prior to his academic career, Schallbruch worked for the German government for many years, including as head of office of the State Secretary in the Federal Ministry of the Interior and as the deputy CIO of the federal government.

From 2009 to 2016 he was director general at the Federal Ministry of the Interior where he was responsible for Information Technology, Digital Society, and Cybersecurity. In this role he was in charge of the development and implementation of the German government's cybersecurity strategy as well as legislation in the area of digitization and major German government IT projects. He supervised the Federal Agency for Information Security, developed the German IT Security Act, and led German contributions to EU cybersecurity legislation. Schallbruch was a member of the National Crisis Staff at the Federal Ministry of the Interior for more than ten years.

Even before his time in the federal government, Martin Schallbruch worked at the nexus of information technology and law. As a researcher, he worked on issues of data protection, legal informatics and internet law at the Institute of Public Law at the Humboldt University of Berlin.