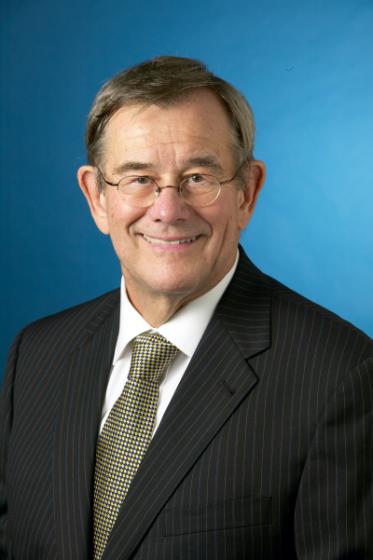 Paul E. Peterson is a senior fellow (adjunct) at the Hoover Institution, a member of the Koret Task Force on K–12 Education, and editor in chief of Education Next: A Journal of Opinion and Research. He is also the Henry Lee Shattuck Professor of Government and director of the Program on Education Policy and Governance at Harvard University. His research interests include educational policy, federalism, and urban policy. He has evaluated the effectiveness of school vouchers and other education reform initiatives.

In 2006, Peterson was appointed leader of the Florida state Education Citizen Review Group and is a member of the Department of Education’s independent review panel, which is evaluating No Child Left Behind. In 2003, he was awarded the Thomas B. Fordham Foundation Prize for Distinguished Scholarship. Among the many other honors and fellowships Peterson has received are a John Simon Guggenheim Fellowship, a German Marshall Fund of the United States Fellowship, and a Woodrow Wilson Foundation Award from the American Political Science Association for the best book published in politics, government, or international relations. The Editorial Projects in Education Research Center reported that Peterson’s studies on school choice and vouchers were among the country’s most influential studies of education policy.

Peterson is a former director of governmental studies at the Brookings Institution and has been elected to the National Academy of Education and the American Academy of Arts and Sciences.

His most recent book, with Michael Henderson and Martin R. West, Teachers versus the Public: What Americans Think about Schools and How to Fix Them, shows the comparison of the education policy views of both teachers and the public as a whole and reveals a deep, broad divide between the opinions held by citizens and those who teach in the public schools. Other works include Endangering Prosperity: A Global View of the American School (coauthor with Eric Hanushek and Ludger Woessmann), Saving Schools: From Horace Mann to Virtual Learning, School Money Trials: The Legal Pursuit of Educational Adequacy; The Education Gap: Vouchers and Urban Schools; Reforming Education in Florida: A Study Prepared by the Koret Task Force on K-12 Education; Generational Change: Closing the Test Score Gap; and Choice and Competition in American Education.

Teachers versus the Public: What Americans Think about Schools and How to Fix Them via Brookings Institution Press
Learn More

The Future of School Choice