Serious students of California’s housing woes may recognize the middle part of this column’s headline. It’s also the subtitle of 101 Steps to Better Housing, The California Housing Plan 1982, a document now over three decades old. Produced by the California Department of Housing and Community Development (HCD), the publication proposes solutions for many issues the Golden State still struggles with today. 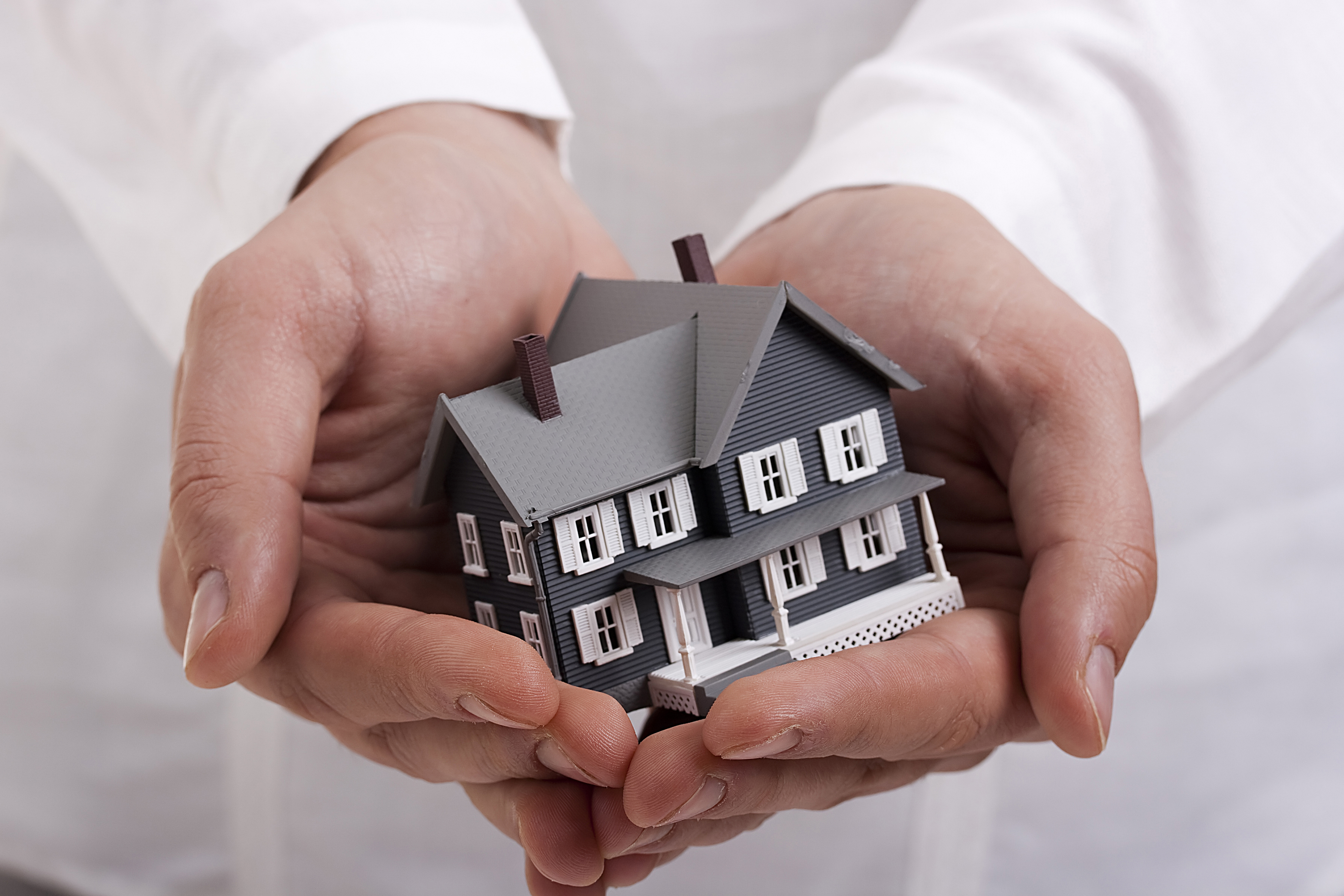 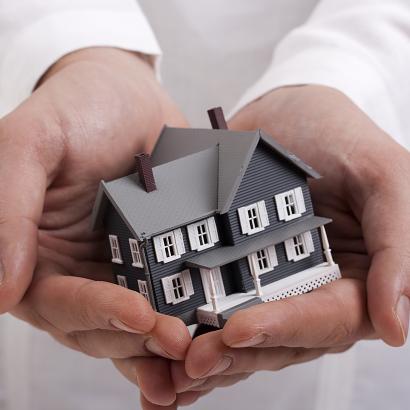 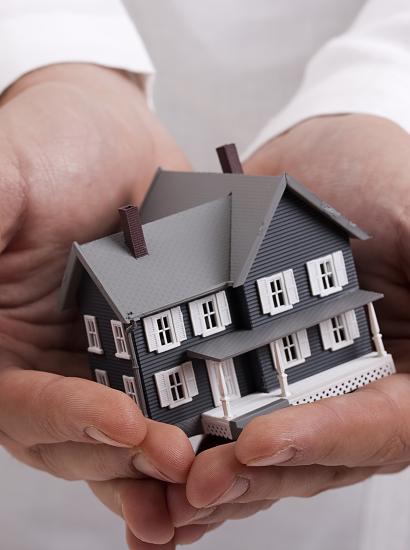 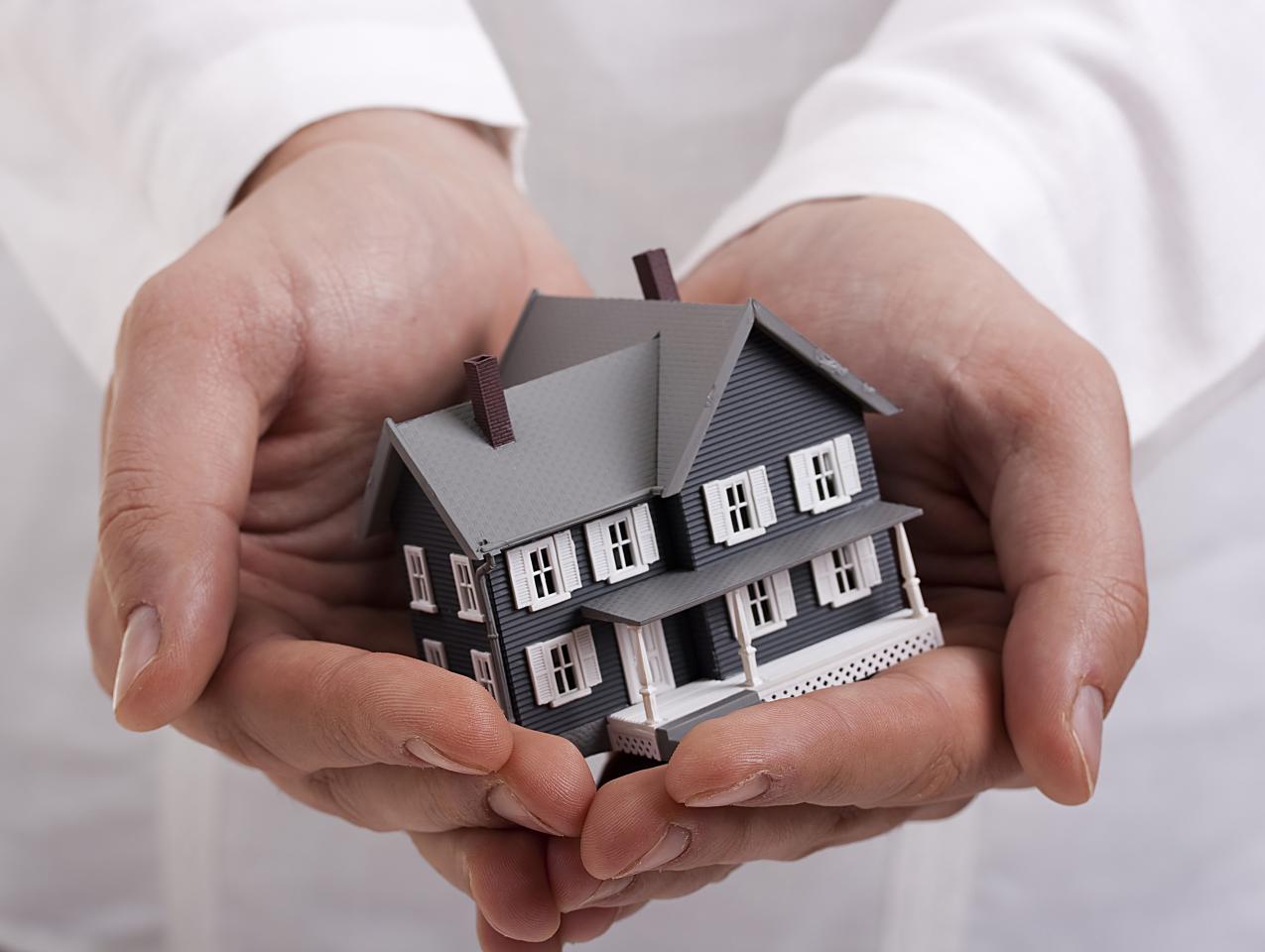 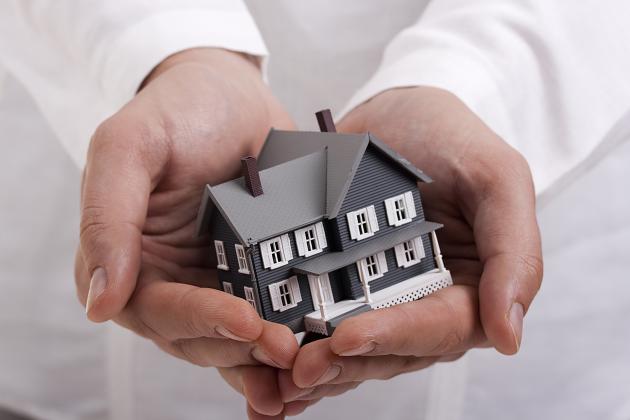 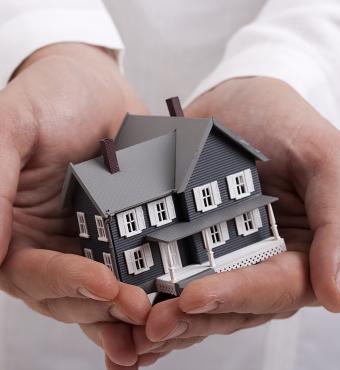 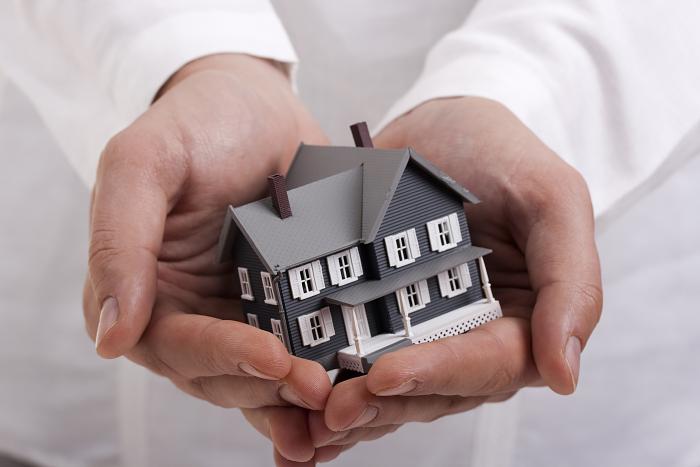 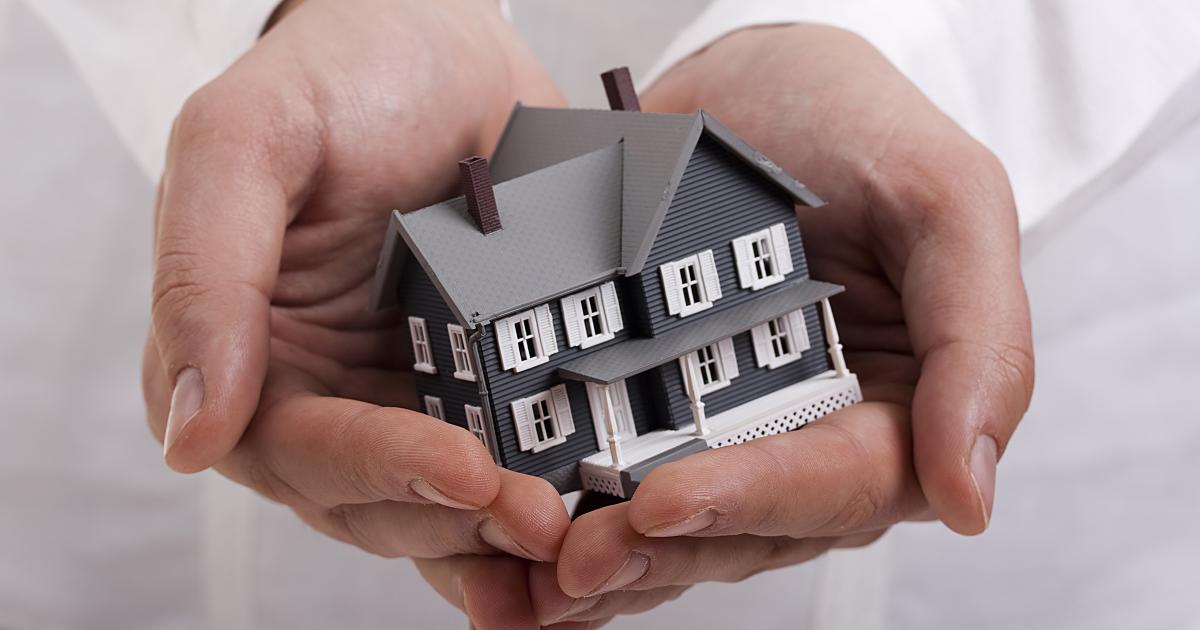 Serious students of California’s housing woes may recognize the middle part of this column’s headline. It’s also the subtitle of 101 Steps to Better Housing, The California Housing Plan 1982, a document now over three decades old. Produced by the California Department of Housing and Community Development (HCD)(led at the time by the late visionary Don Terner, who served under former and current Gov. Jerry Brown), the publication proposes solutions for many issues the Golden State still struggles with today.  If only they had been aggressively and consistently implemented.

California has a massive and chronic housing problem, with two key challenges: 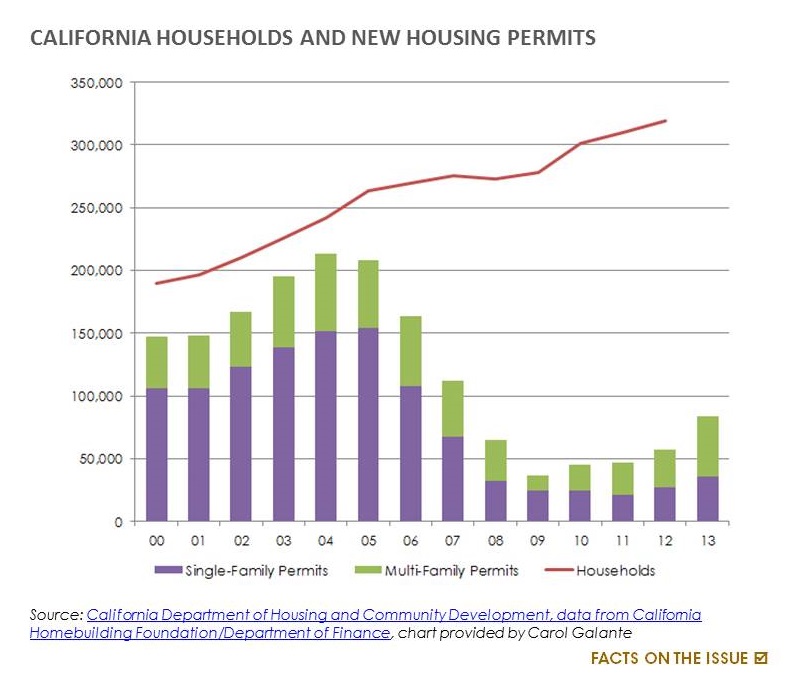 Median rental rates are up almost 10 percent since 2010, while median renter incomes are down more than 3 percent. This means that more Californians can no longer afford to live close to their jobs. Obviously, this is an unsustainable trend for a recovering state economy.

In looking toward a set of strategic actions for 2015 and beyond, I want to address three of the themes outlined in 101 Steps to Better Housing.  They are: 1) increase the supply of new homes; 2) reduce the costs of new homes; and 3) locate housing close to jobs. I’d like to begin with the premise that it’s going to take both changes in public policy and innovation on the part of business and industry to make any meaningful difference.

Some of the actions recommended for increasing new home supply back in 1982 (e.g., planning for new sites and offering density bonuses) were at least partially implemented. However, California still doesn’t begin to do all that it could to actually ensure that land is zoned at appropriate densities and that the homes actually get built. One idea worthy of further research and dialogue is a state “Projects Appeals Board” empowered to approve development when a local community will not.  This tool is used effectively in other states such as Massachusetts and Oregon.  And guess what? It was proposed in the California State Legislature back in 1979, but never passed. 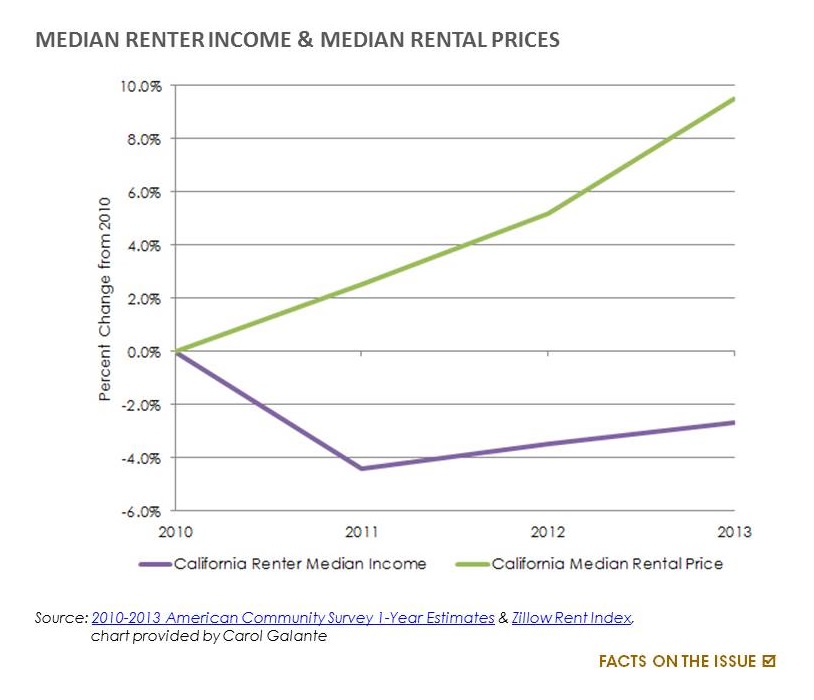 It simply doesn’t make sense for the state to mandate plans that sit on the shelf without results. Cities shouldn’t be rewarded for “checking the box” – rather, they need to demonstrate results, or have some of their authority limited.

New supply is a necessary component of an agenda to reduce the cost of housing to the consumer, but alone not sufficient to meet this goal.

Here again, we can look to the recommendations of the 101 Steps to Better Housing, which includes many prescient ideas about how to bend the cost curve, including “curbing excessive site standards,” “designing for water conservation,” and “reducing repeated environmental reviews.”  The status of many of these ideas should be reviewed in detail and additional efforts made to update and implement them.

At the same time, reducing costs is an area where the building and technology industry could come together and make a huge impact.  How is it that, while we no longer use the old Underwood typewriter or drive a Ford Model T, we’re still building homes in much the same manner as we did in the 1950s? There are glimmers of innovation in modular construction for multifamily homes, but this is an area that jumps out as ripe for further exploration and ingenuity.

To be clear: bending the cost curve, like increasing new supply, is necessary but again not sufficient to produce affordable shelter for all Californians. There’s an undeniable need for government to provide financial resources – yes, call it what it is: a subsidy – to ensure that we have homes and apartments that will be affordable to lower-wage workers.  Unless we as a society are willing to pay much more for goods and services, and employers are willing to raise wages very substantially, very low-income Californians will continue to be severely burdened by the cost of housing. 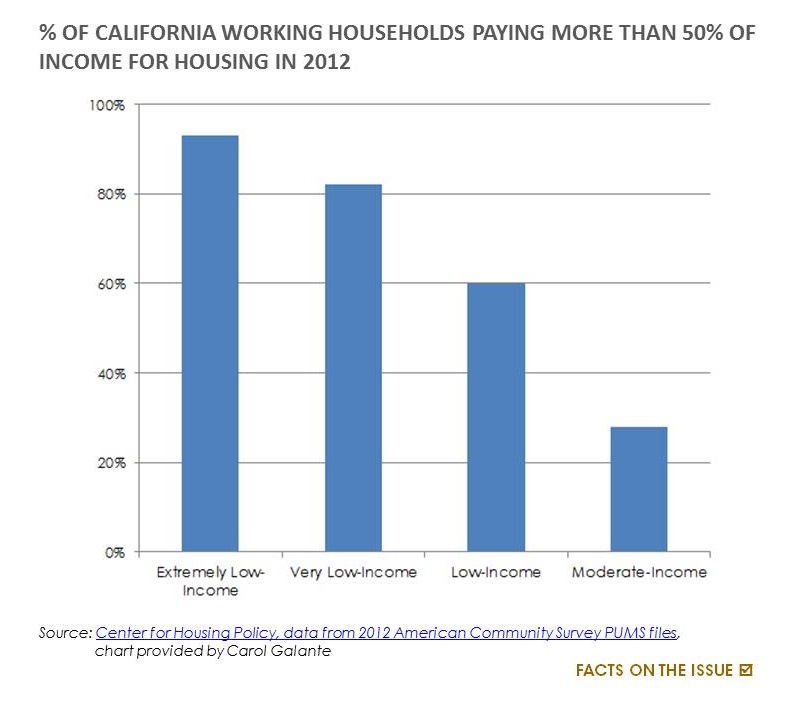 To her credit, California State Assembly Speaker Toni Atkins has taken leadership with a package of bills designed to generate additional funding for affordable housing needs.  Any sensible housing policy requires at least a modest reliable and dedicated funding source. Sacramento should also explore a direct appropriation of state funding, which was used routinely for many years. And it should look at changing existing tax policies that compel local communities to prefer retail or other uses over housing.

How extraordinarily visionary this was in the 1980s: to suggest that California “pace” and “link” new job growth with the required infrastructure, including readily available affordable housing units – and mandate that the state plan for it on a regional basis. Unfortunately, many of the ideas were not implemented at scale. Once again, there weren’t enough carrots or sticks.

Today, we have an opportunity and an obligation to provide housing for middle- and lower-income families that is both reasonably priced and strategically located near jobs. If we don’t, already major problems such as long commutes, congestion, and greenhouse gas emissions, will only worsen.

Our environment, our economy, and the well-being of California families depend on making housing a central priority for the state. California can’t afford to have this same discussion another 30 years from now.

The California Department of Housing and Community Development (HCD) was formed in 1965, reauthorized prior to sun-setting in both 1968 and 1971, and was made permanent and reorganized in 1975 by the Zenovich-Moscone-Chacon Housing and Home Finance Act.  The HCD is part of the California Business, Consumer Services, and Housing Agency tasked with developing California’s housing policy and building codes and implementing federal housing policies and programs.  Since 1975, the HCD has overseen the California Housing Finance Agency, which administers low-rate housing loans for low- to moderate-income homebuyers.