Since the introduction of airpower as a military force just over 100 years ago, it has played a key role in shaping the geopolitical posture of the Middle East. The first example is the success of the Royal Air Force (RAF) in exerting strategic control by the use of aircraft over regions of British interest in Mesopotamia in the 1920s. A handful of RAF squadrons and a small force of troops successfully subdued rebellious tribes in Iraq. 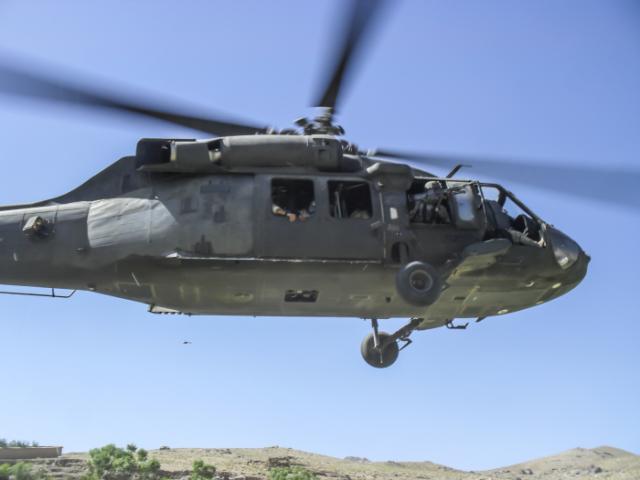 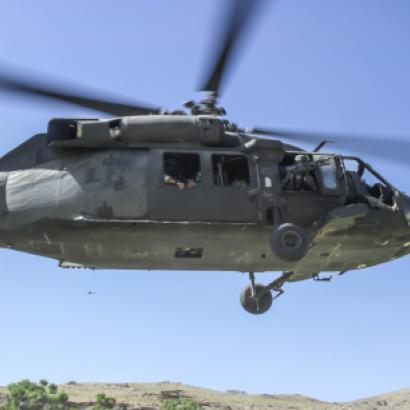 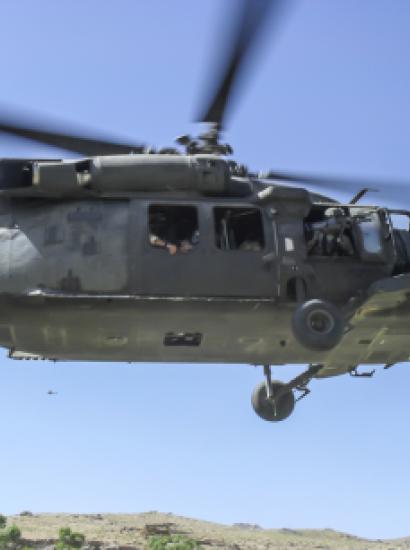 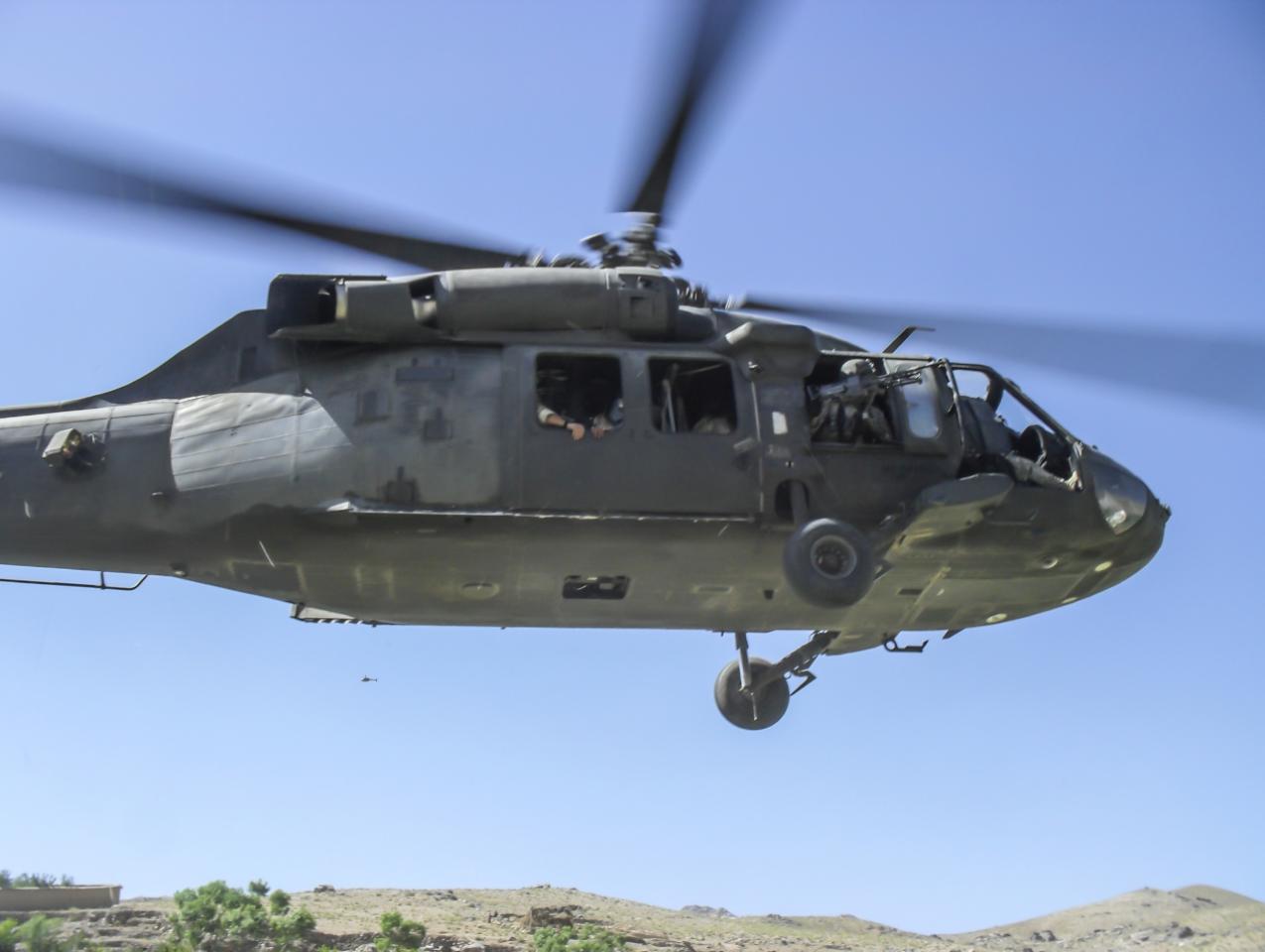 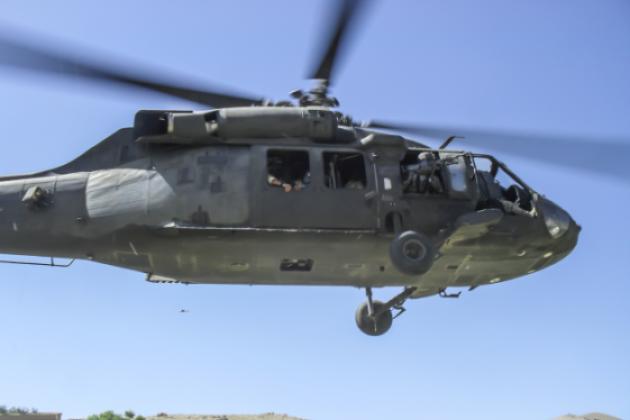 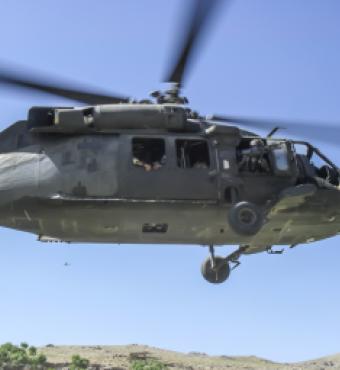 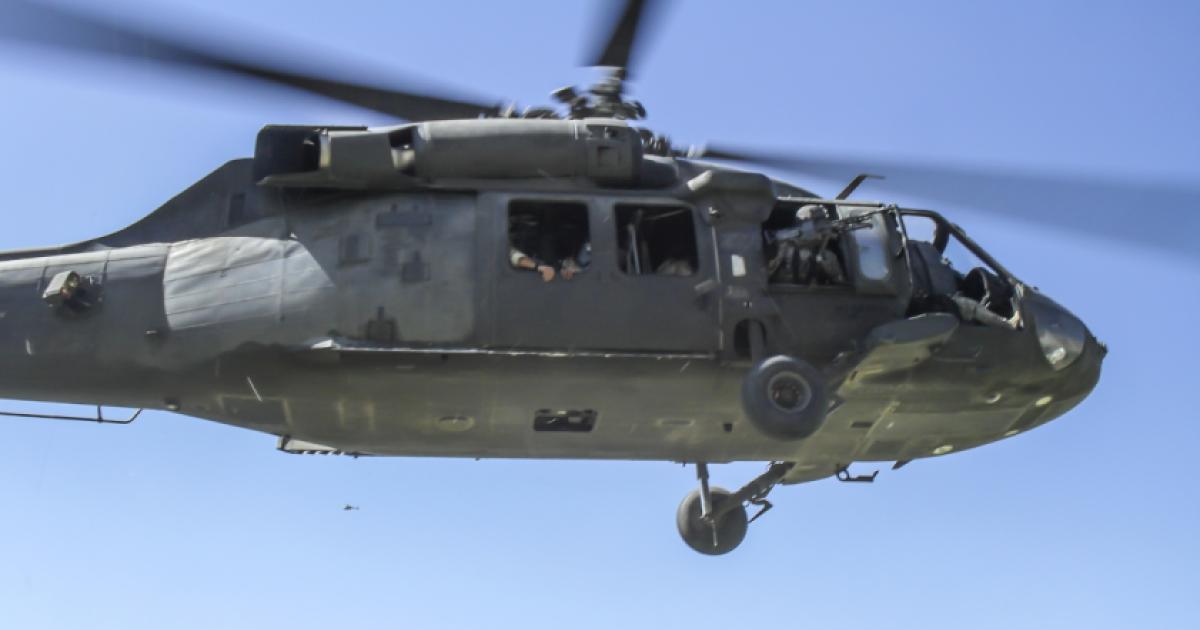 Since the introduction of airpower as a military force just over 100 years ago, it has played a key role in shaping the geopolitical posture of the Middle East. The first example is the success of the Royal Air Force (RAF) in exerting strategic control by the use of aircraft over regions of British interest in Mesopotamia in the 1920s. A handful of RAF squadrons and a small force of troops successfully subdued rebellious tribes in Iraq.

More well known are the defining air battles between Israel and it’s neighbors.  In their 1948 war of independence; the Six-Day War of 1967; Yom Kippur War of 1973; Beka’a Valley air campaign of 1982; and multiple examples of air strikes since—for a variety of tactical, operational, and strategic purposes—the Israel Air Force evidenced airpower’s central role in defining the geopolitics of the Middle East.

The Desert Storm air campaign (Jan-Mar 1991) initiated a change in the character of modern conflict.  Twenty-five years since that air campaign redefined the proper use of airpower, expectations of conventional western conflict have been ones of exquisite precision and relatively low casualties—on both sides.  By introducing stealth, precision, and an effects-based planning and execution process, those elements collectively enabled the paralysis of the 4th largest army in the world, rendering it ineffective, and yielding strategic control over the entire country of Iraq by airpower.  1991’s Operation Desert Storm was an air war that lasted 43 days.  Only in the campaign’s last four days, did allied armies close with Iraqi ground troops, which resulted in a great prisoner round up of an Iraqi army crushed by airpower.  In some cases, Iraqi Army forces attempted to surrender to drones.

The subsequent air exclusion zones of Operations Northern and Southern Watch effectively contained any aggression outside the borders of Iraq by Saddam Hussein for over 12 years (1991 to 2003)—without the combat loss of a single coalition individual.  This innovative application of airpower demonstrated its enormous strategic value.

Operation Enduring Freedom (OEF) in 2001 initiated coalition attacks to destroy Al Qaeda sanctuaries in Afghanistan.  The opening phase of OEF saw a measured application of modern airpower in conjunction with a light footprint of special operations and other government agency personnel on the ground acting as intelligence, surveillance, and reconnaissance (ISR) sensors, partnering with the Afghan Northern Alliance ground forces.  This joint combination achieved what the Northern Alliance ground forces without airpower had been unable to accomplish in the previous five years—the removal of the Taliban regime.  Simultaneously, the Al Qaeda sanctuaries in Afghanistan were eliminated.  Airpower, once again, was the key force.

In the three-week major combat phase of Operation Iraqi Freedom in 2003, kinetic effects were imposed entirely from the air until the allied land component closed on Baghdad during the campaign’s brief endgame.  Platoon leader Nathaniel Fick at the leading edge of the push to Baghdad by the 1st Marine Expeditionary Force, wrote: “For the next hundred miles, all the way to the gates of Baghdad, every palm grove hid Iraqi armor, every field an artillery battery, and every alley an antiaircraft gun or surface-to-air missile launcher.  But we never fired a shot.  We saw the full effect of American air power.  Every one of those fearsome weapons was a blackened hulk.”  Similarly, then Col William Grimsely, 1st Brigade Commander, 3rd Infantry Division regarding his unit’s move into Iraq on to Baghdad stated, “We never really found any cohesive unit, of any brigade, of any Republican Guard Division.”

In the ensuing counterinsurgency operations following the major combat phases of Operations Enduring Freedom (2001) and Iraqi Freedom (2003), the ground commanders in command reverted to the use of airpower as a force in support of ground operations instead of using it as a force with the capability to achieve strategic effects.  This kind of application of airpower in the Mideast has been going on for over 15 years now.  Most active duty airmen today have only experienced airpower application in the context of support of ground forces. This has further eroded the understanding of how airpower can be used to achieve strategic effects.

Today, the paradigm of how major nation states apply airpower in the Mideast has been inverted.  Historically, the Russians (or their proxies like Iraq under Saddam; Egypt under Nasser; Syria under Assad) have primarily employed airpower for tactical purposes—in support of ground forces.  The U.S. and Israel have realized optimal use of airpower when it was used to achieve strategic effects (e.g. Six-Day War, Operation Desert Storm, and the initial phases of Operations Enduring and Iraqi Freedom).  Paradoxically, it has taken the Russians to illustrate to the world how airpower can be used to achieve strategic effects, while the U.S. has all but forgotten how to do so.

The Russian’s recent use of airpower in the region has achieved strategic effects by radically shifting the geopolitical balance of power in the region.  Specifically, the Russian’s impressive deployment of aviation assets, in conjunction with airpower projection from the Russian homeland—recently, from Iran as well—and its calculated use, has led to the reestablishment of Russia as a major influence in Mideast geopolitics.

The Russians are acting in accordance with their National Security interests.  That should not be a surprise to anyone.  They want to re-establish their influence in the Mideast that the U.S. removed over 40 years ago—and they are succeeding.

Russia is taking advantage of a less than robust U.S. led military effort against the Islamic State.  As Henry Kissinger recently stated, “Russia’s unilateral military action in Syria is the latest symptom of the disintegration of the American role in stabilizing the Middle East order that emerged from the Arab-Israeli war of 1973.”

Even though the U.S. has enormous military advantages over Russia in terms of airpower at a tactical level—force structure, tactics, techniques, and procedures—Russia today is besting the U.S. at the strategic level.  Mr. Putin recognized that President Obama’s actions in Syria were anemic, and that Obama would not do anything to counter Russian intervention.

The U.S. feeble military action against the Islamic State is what allowed Russia to dramatically up their game in the Middle East.  In over two years the average number of U.S. air strikes per day in Syria is about six—compared to over 1200 a day for the 43 days of Desert Storm.

The difference is that the U.S. is adhering to a ground-centric counterinsurgency fight paradigm that sub-optimizes the potential of airpower.  A U.S. ground commander is leading the current “air campaign" against the Islamic State.   President Obama’s policy is no U.S. combat force on the ground; the only direct force application is airpower; yet the commander of the U.S. fight is Army.  Joint warfare means using the right force at the right place at the right time.  If you want to win a football game would you use a swimming coach to lead the football team?  Both are expert at what they do, but leadership and expertise matter if you want to win.

The recent Russian airpower intervention in the Mideast throws the entire regional chessboard upside down—Russia basing out of Iran; coordinating with Iraq; Syria; and even the Israeli Defense Force.  Additionally, Russian actions in the Mideast diverts attention from their other adventures in Ukraine and the Arctic, showing the Russians can walk, chew gum, and play chess simultaneously.  Meanwhile, the current U.S. administration foreign and military policy of underplaying their airpower advantage is yielding dramatic advantage to others in the Mideast.