This is the statistical backup for the statements Edward P. Lazear made in his April 28, 2016, Wall Street Journal op-ed “America's Coming Tax Increase.” Data are from the OECD. 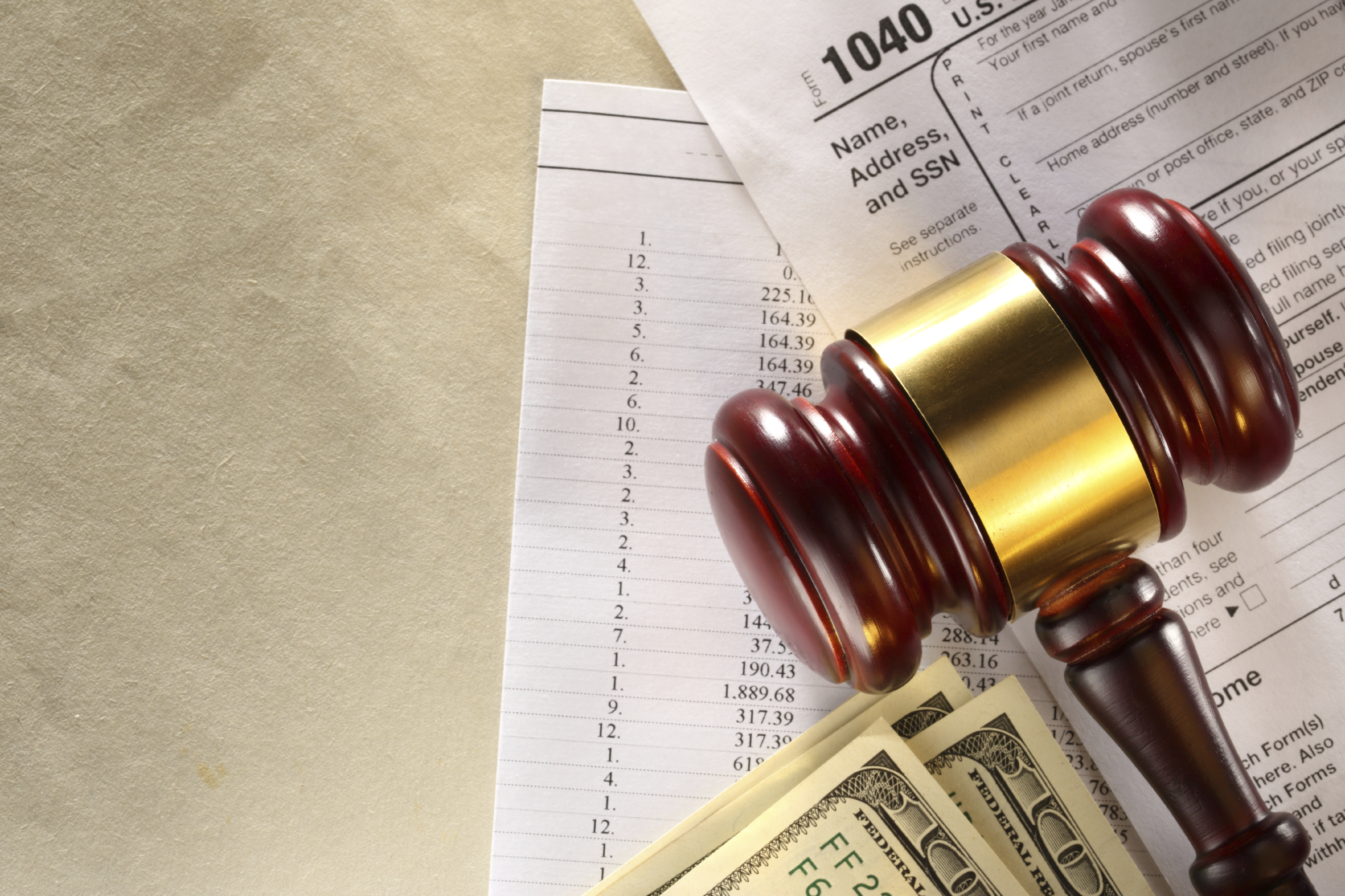 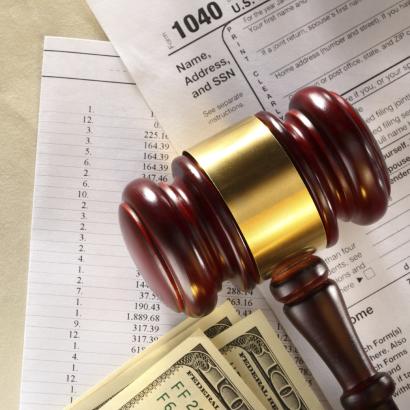 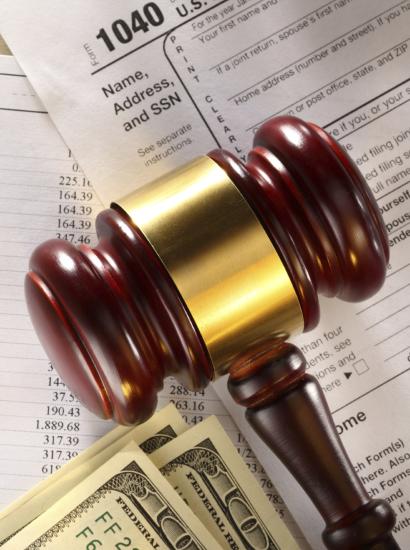 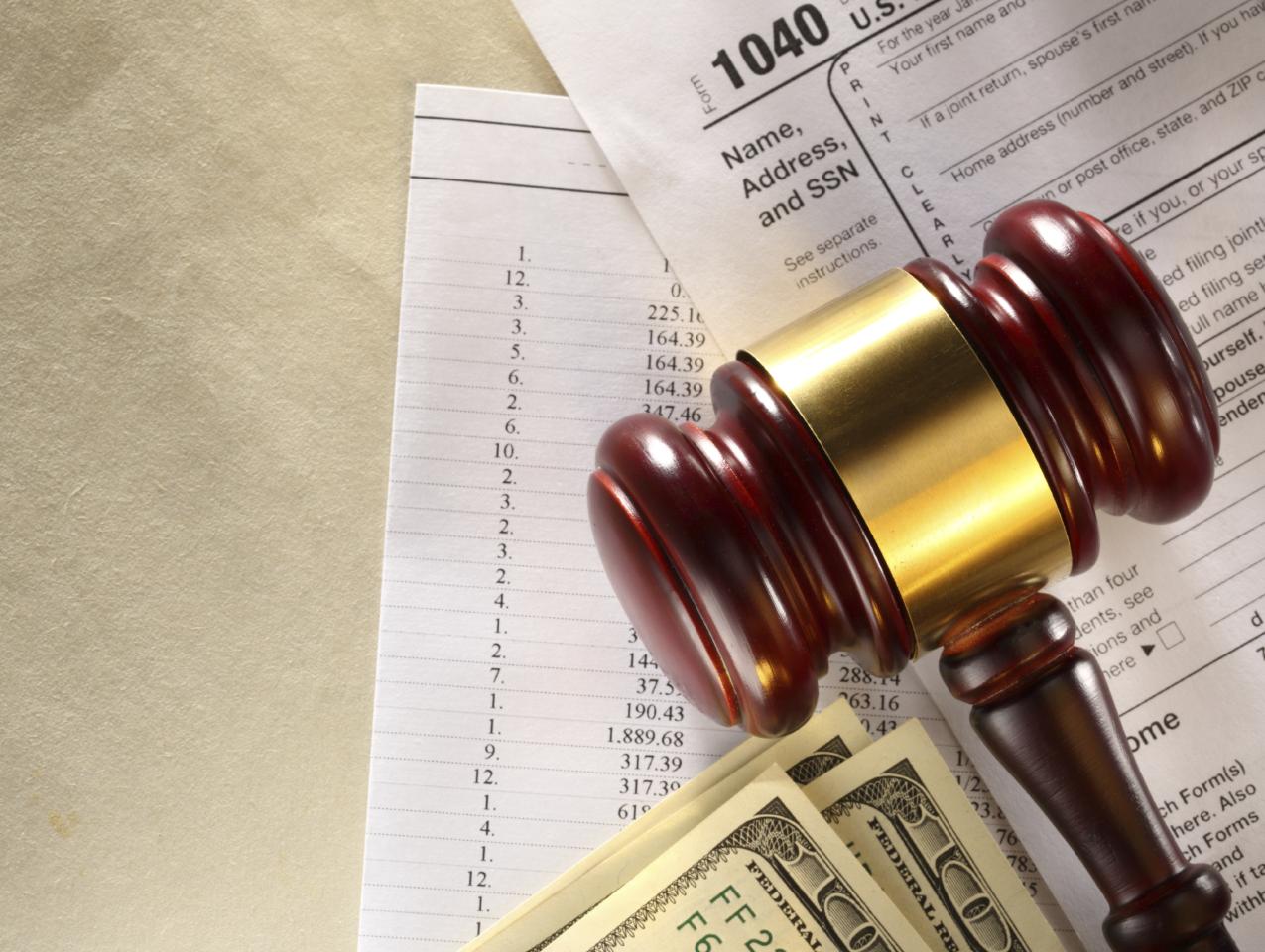 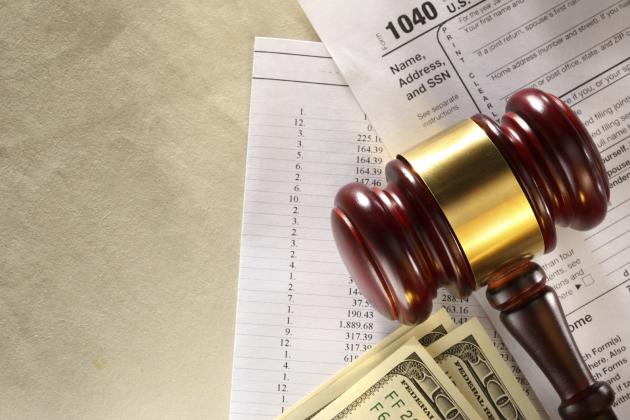 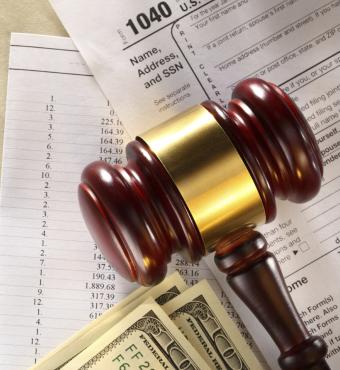 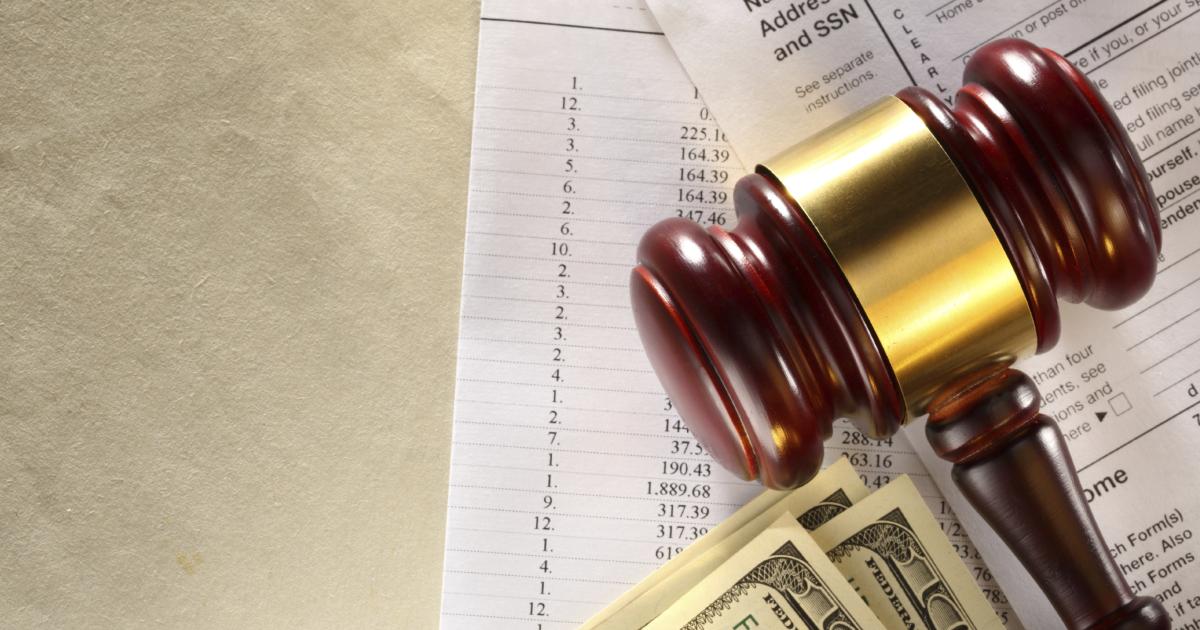 This is the statistical backup for the statements Edward P. Lazear made in his April 28, 2016, Wall Street Journal op-ed “America's Coming Tax Increase.” Data are from the OECD.

From the OECD, the variable definitions are as follows:

Tax revenue is defined as the revenues collected from taxes on income and profits, social security contributions, taxes levied on goods and services, payroll taxes, taxes on the ownership and transfer of property, and other taxes. Total tax revenue as a percentage of GDP indicates the share of a country's output that is collected by the government through taxes. It can be regarded as one measure of the degree to which the government controls the economy's resources. The tax burden is measured by taking the total tax revenues received as a percentage of GDP. This indicator relates to government as a whole (all government levels) and is measured in USD, USD per capita, percentage of GDP and annual growth rate.

The Consumption Tax Trends 2014 publication illustrates the evolution of consumption taxes as instruments for raising tax revenue. It identifies and documents the large number of differences that exist in respect of the consumption tax base, rates and implementation rules while highlighting the features underlying their development. It looks, in particular, at developments in the Value Added Tax/Goods and Services Tax (VAT/GST) area. It notably presents an updated estimate of the VAT Revenue Ratio (VRR) for OECD countries, providing an indicator of the loss of VAT revenue as a consequence of exemptions and reduced rates, fraud, evasion and tax planning. It also notes the emergence of the OECD International VAT/GST Guidelines as the international standard for the application of VAT to cross-border trade in services and intangibles.

Government Spending (as % of GDP)

General government spending, as a share of GDP and per person, provides an indication of the size of the government across countries. General government spending generally consists of central, state and local governments, and social security funds. The large variation in this indicator highlights the variety of countries' approaches to delivering public goods and services and providing social protection, not necessarily differences in resources spent. This indicator is measured in terms of thousand USD per capita and as a percentage of GDP. Data are under System of National Accounts 2008 (SNA 2008) for all countries except for Chile, Japan and Turkey where data are under SNA 1993.

Under current law, the Congressional Budget Office projected earlier this year that the deficit will grow to over 4% of GDP in six years and to 5% of GDP in 10 years. Deficits of this magnitude will rapidly increase federal debt. In an earlier CBO report’s “alternative” scenario, which makes realistic assumptions about the political process, the U.S. public debt will almost double again from its already high level in just over two decades. 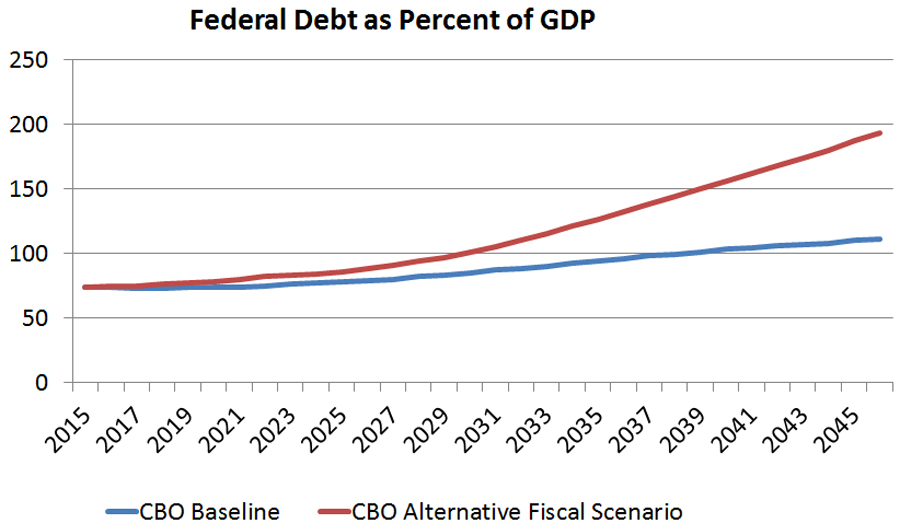 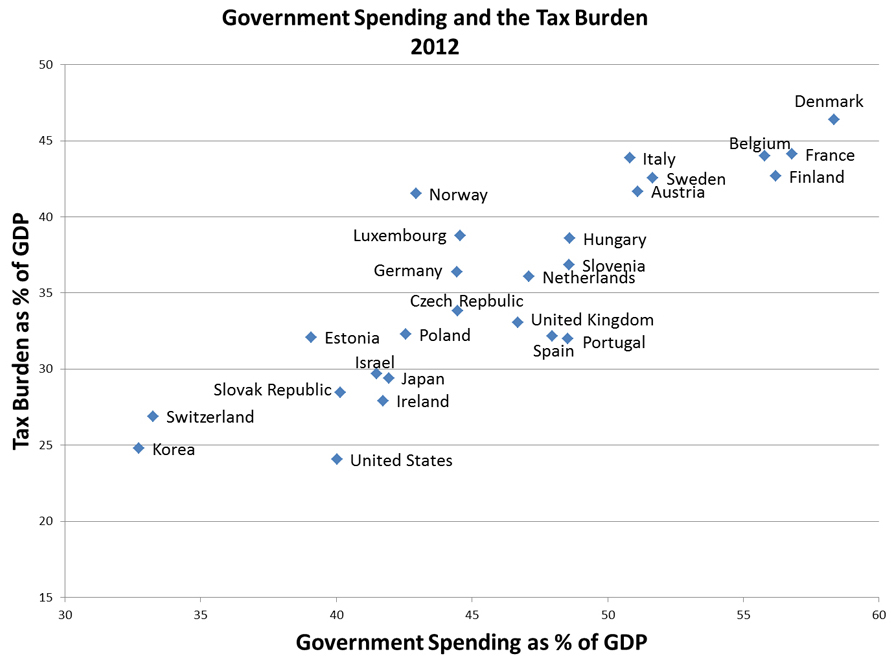 The point holds for a given country over time as well. There is a strong within-country statistical relation between spending and tax burden.  As countries raise their spending ratio, they also raise the tax burden.

All 34 OECD countries, except the United States, have a VAT.  Twenty-six out of thirty-three have higher VATs now than they did when they first instituted a VAT. The only countries that have a lower VAT rate now are Canada, Chile, the Czech Republic, and the Slovak Republic. 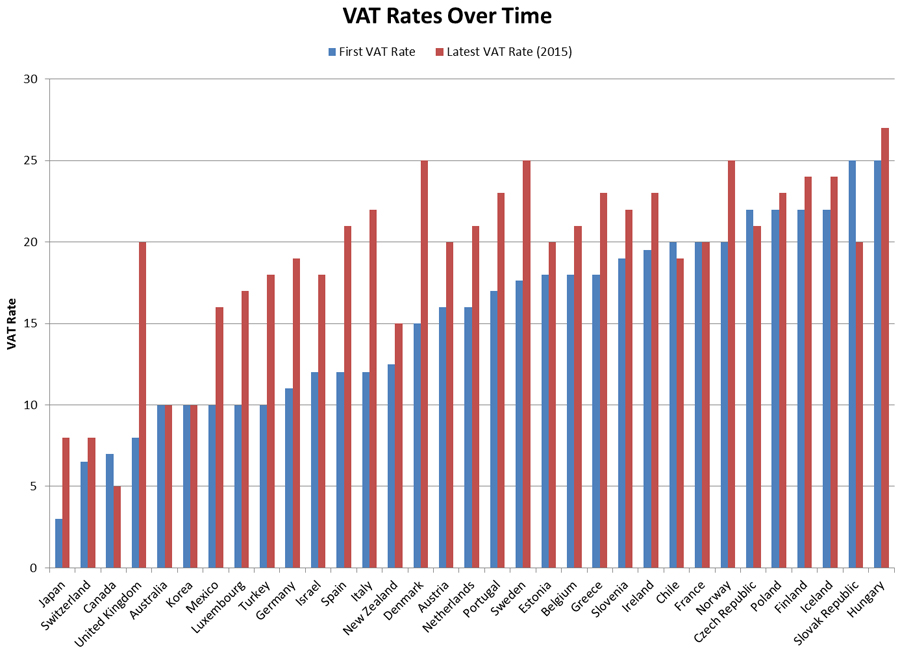 The average VAT today among these countries is 19%, four percentage points higher than they were when they started. 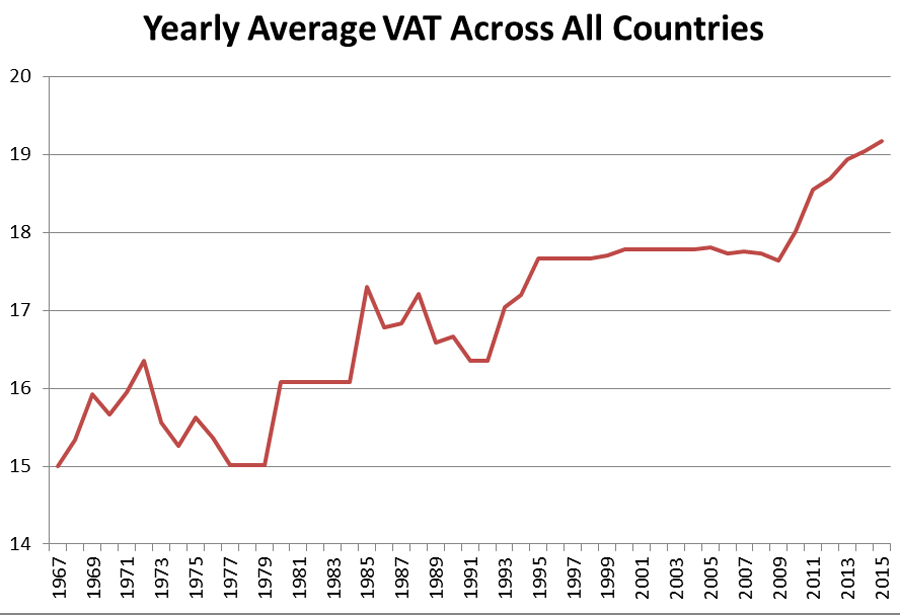 Of the 14 countries with VATs that are above the median for the group, all but three (Ireland, Spain, and Poland) have tax burdens that exceed the country average. 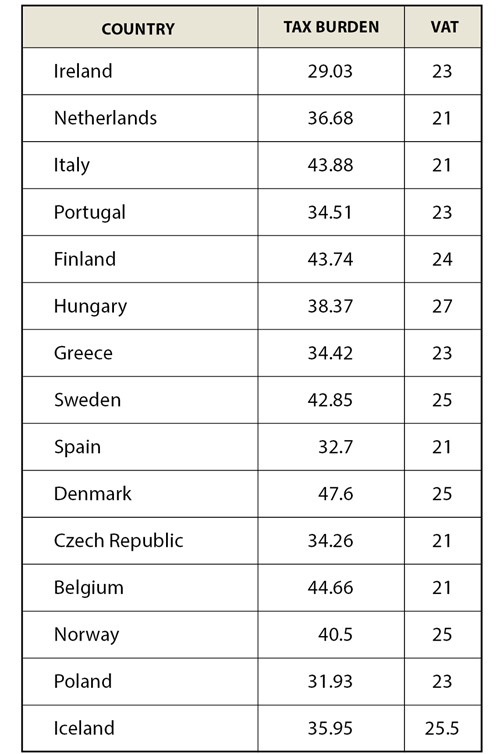 It is also true that tax burden grows as a given country increases its VAT over time.  Specifically, for every one percentage point that the VAT increases, the tax burden rises by .8 of a percentage point. Were it a pure substitute tax, raising the VAT would have no effect on total taxes collected.