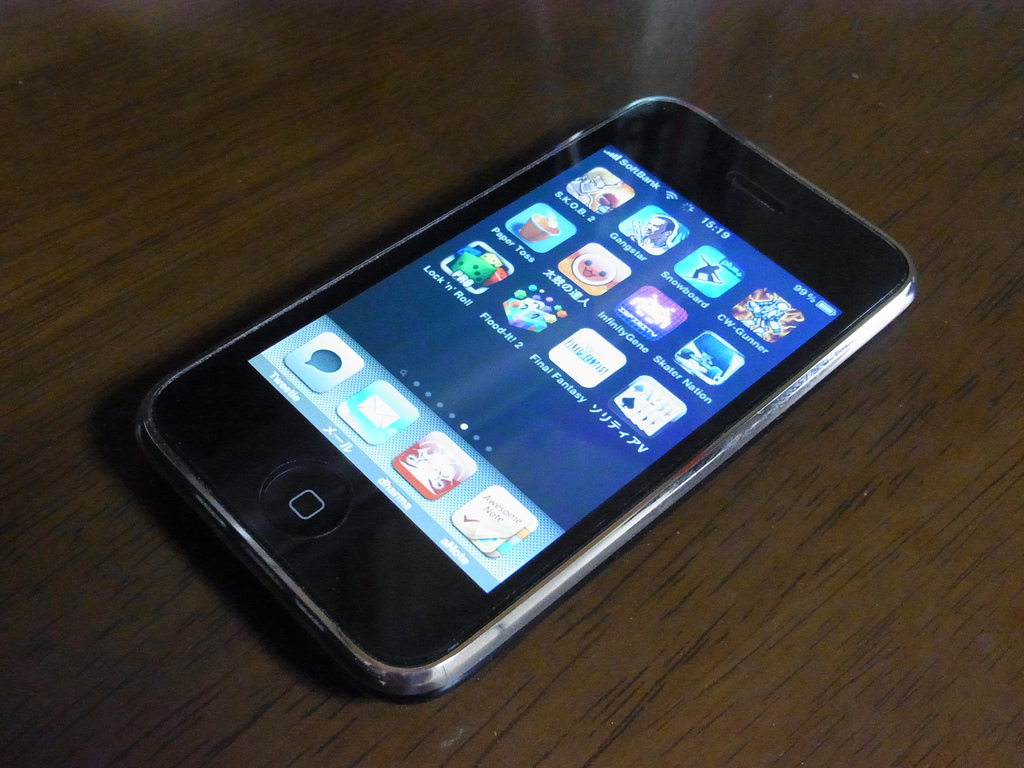 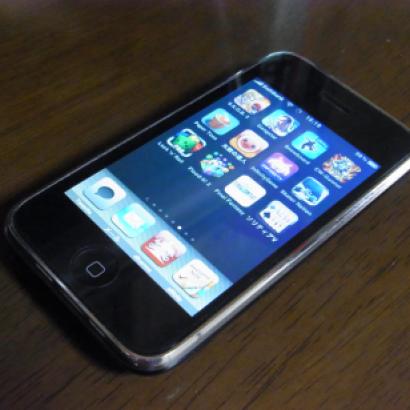 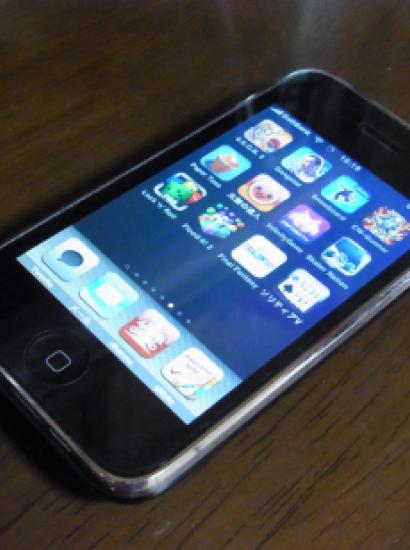 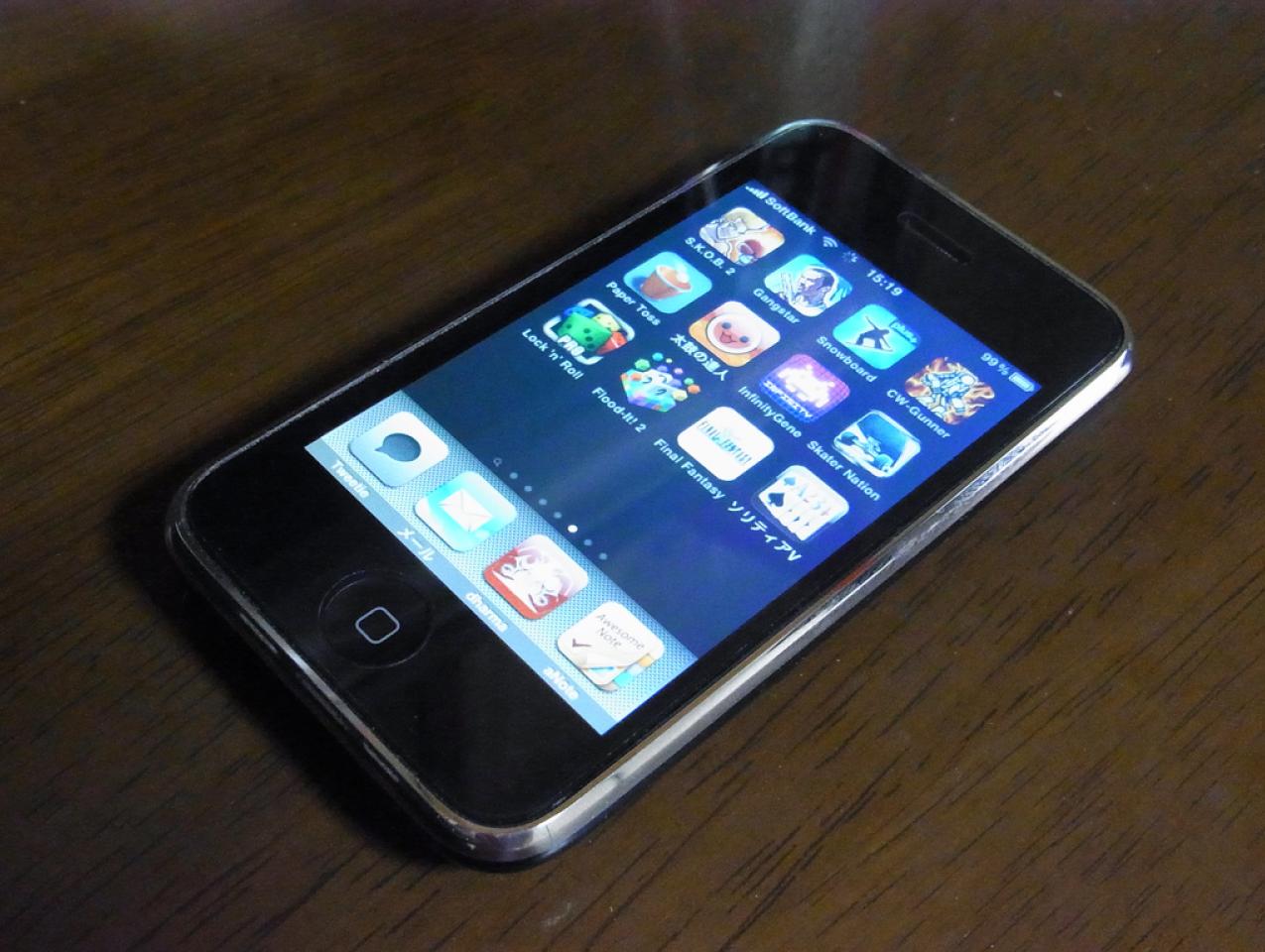 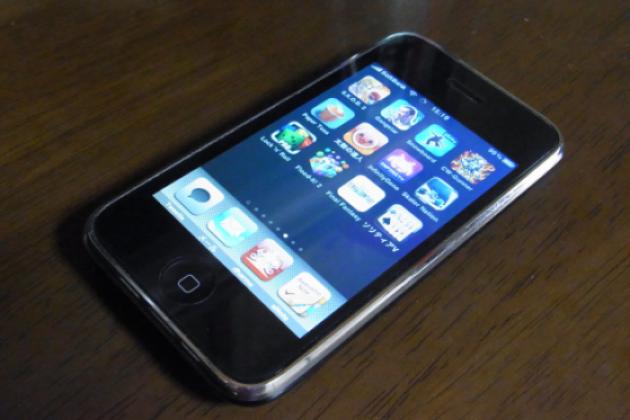 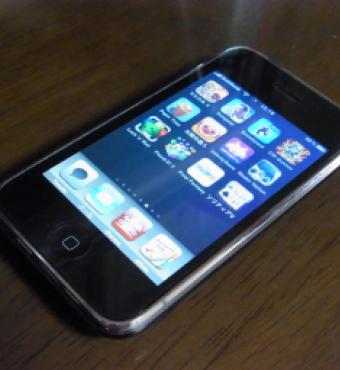 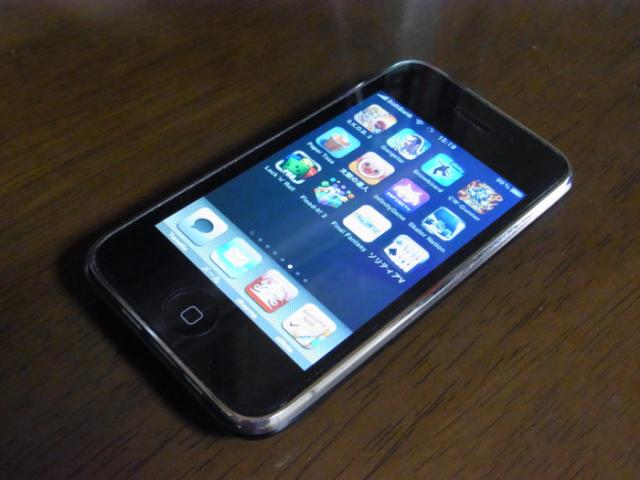 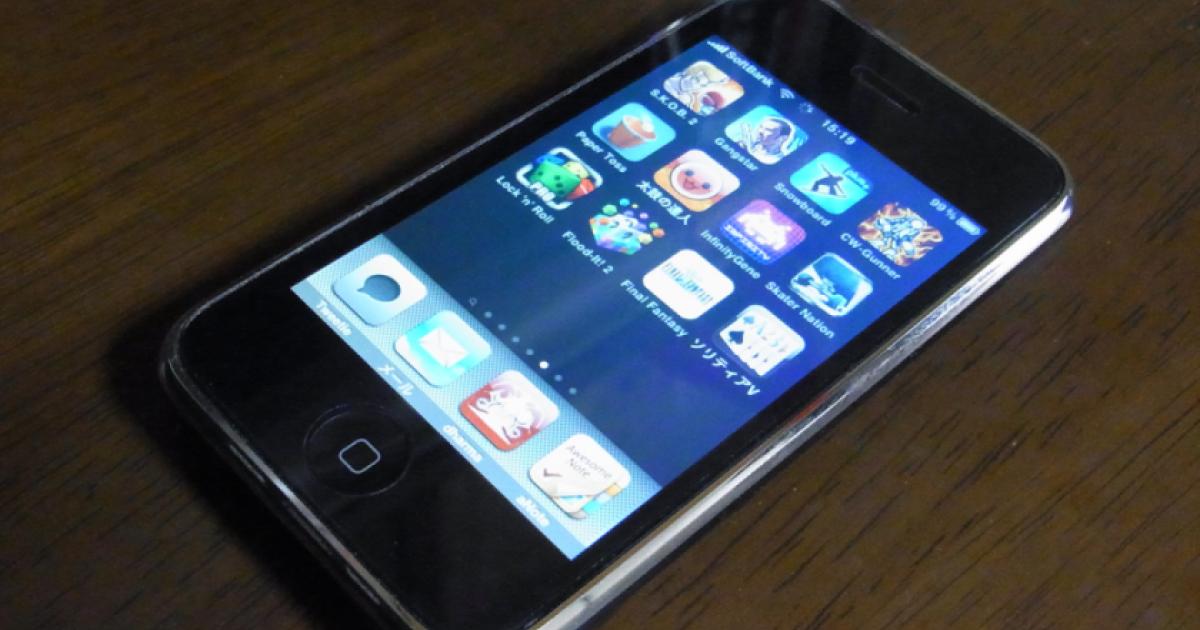 Can the United States government compel Apple to help break into the phone of Syed Rizwan Farook, who, along with his wife Tashfeen Malik, gunned down fourteen innocent people last December at the Inland Regional Center in San Bernardino? That question has sparked fireworks in recent days. The dispute arises because Apple has equipped its new iPhones with encryption settings that erase the data contained on the phone whenever ten false password entries have been made. It was agreed on all sides that only Apple has the technology that might overcome the encryption device.

In her short order of February 16, Magistrate Judge Sheri Pym instructed Apple to offer that assistance, pursuant to the All Writs Act, which dates back to the First Congress in 1789. The heart of the matter lies in whether the government—more specifically the FBI—can require computer companies to build in back doors to their systems to allow the government to enter.

I participated in hearings that then-Senator John Ashcroft held in March 1998, and spoke in opposition to the measure, along with Kathleen Sullivan, then a professor of law at Stanford Law School. The greatest risk of the built-in back door is that the government will not be the only party that will enter through it. Back doors necessarily compromise the integrity of a security system. There were therefore serious constitutional as well as practical objections to these early proposals. It would be highly dangerous to allow the government to seize confidential data sources without first obtaining a search warrant, except in conditions of genuine emergency. And the loss of confidential data through theft gives rise to serious risks to vital data, for which compensation from the government, assuming that it were available, could never repair the damage or restore the confidence that people have within the system.

It should not be supposed however, that the proposals that were bandied about in 1998 reflect the state of play on the ground today. The first myth to dispel is that the current case has anything to do with data privacy at all. On the day the order was issued, Apple CEO Tim Cook posted a strong message to his customers denouncing the government. Unfortunately, Cook gave away the privacy game when he noted that Apple had cooperated with the government by turning over all data pursuant to a valid search warrant. The difficulty here is that the information that was sought from Farook’s iPhone had not been backed up, so that the government could not conduct a simple search on its own to get it. Instead, it had to attack the encryption systems built into the phone itself.

In dealing with that issue, it is important to note that Farook did not own the phone; his employer did, and it gave consent to the search. This knocked out any Fourth Amendment claim that the government intended to perform some unreasonable search and seizure. The point is true, but also inconsequential, that the legal situation would not materially change if Farook had used his personal password on his very own phone. The Fourth Amendment states, “no Warrants shall issue, but upon probable cause, supported by Oath or affirmation, and particularly describing the place to be searched, and the persons or things to be seized.” Clearly, these requirements were satisfied when the government identified the iPhone to be searched, knowing that its possessor had committed mass murder. One of the tragic gaps in Cook’s letter is that he ignores the strength of the government’s Fourth Amendment case. He also fails to explain why granting the government’s request necessarily involves the compromise of the privacy of millions when only one iPhone is at stake.

Cook skirted the Fourth Amendment issue. Instead, the gist of his claim is contained in the following misguided sentence: “Rather than asking for legislative action through Congress, the FBI is proposing an unprecedented use of the All Writs Act of 1789 to justify an expansion of its authority.” Every part of this sentence is misguided. First, there are thousands of government applications each year under the All Writs Act; there is no reason whatsoever why the government has to seek to pass new legislation to cover a situation that is amply covered by current laws.

Nor is Cook correct in insisting that the All Writs Act does not cover this particular case. The relevant portion of that short statute reads: “all courts established by Act of Congress may issue all writs necessary or appropriate in aid of their respective jurisdictions and agreeable to the usages and principles of law.” Terms like “necessary,” “appropriate,” “usages,” and “principles” were chosen precisely because Congress did not want to pin judicial discretion to particular technologies known in 1789 or any subsequent date. That language is no more problematic than the text of the Fifth Amendment, which holds that the United States shall not deprive any person “of life, liberty or property, without due process of law.”

No one doubts that these terms can give rise to difficult cases at the margins. But it hardly follows that Apple’s case is one just because it hogs the headlines. Cook attempts in his letter to stake out a per se rule that it is somehow outside the scope of the All Writs Act to require any company to work with the government in overcoming technological barriers. The case law on this question is well settled, and the government brief has assembled an impressive list of precedents in which private parties have been required to assist the government in its legitimate enforcement efforts. These include “ordering a phone company to assist with a trap and trace device” or having a company “assist in accessing a cell phone’s files so that a warrant may be executed as originally contemplated.” It is also the case that Apple had assisted the government without complaint in over other 70 cases.

To be sure, the order here is more complex than those imposed in other cases, but the legitimate government interest in the document is more compelling than those other cases, so that perhaps it is more accurate to say that what is truly unprecedented is that any company would seek to defy the government when the stakes are so high. Right now, Apple is worried that assisting the government will tarnish its brand. Cook may well be wrong. The better strategy might be to insist on the narrowness of the order, thereby avoiding the current soap opera. But Cook seems intent on turning the case into a heroic struggle, by making some dubious leaps of logic:

If the government can use the All Writs Act to make it easier to unlock your iPhone, it would have the power to reach into anyone’s device to capture their data. The government could extend this breach of privacy and demand that Apple build surveillance software to intercept your messages, access your health records or financial data, track your location, or even access your phone’s microphone or camera without your knowledge.

This parade of horribles is unworthy of Apple. Judge Pym knows full well that a balancing test is implicit in any application of the All Writs Act. She therefore made it clear that Apple’s efforts are narrowly limited to the task of uncovering this requested information from this device, and no other; that Apple may limit the government to the remote access needed to unlock the passcode by brute force; and that Apple could protest the order within five days if it believed compliance with its terms would be “unreasonably burdensome.” Her order does not pave the way for the government to unilaterally insist in the next case that Apple must disclose the private information of millions of people.

Remember the central motif of the All Writs Act is one of balance and proportion. Allowing the government to win in one case under dramatic circumstances does not give it carte blanche to do whatever it wants in other cases. I strongly opposed the push for a mandatory built-in back door in 1998, and I would oppose one today. But, again, it is irresponsible hyperbole for Cook to write that “it would be wrong for the government to force us to build a backdoor into our products.” That broad request is not found in the government’s plea for a specific fix under which it need not be told anything about the technology that Apple will use in order to overcome the data protection feature on its iPhone.

Other defenses of Apple’s legal position are no better. Writing in The New Yorker, Amy Davidson also resorts to improbable scenarios to find the government’s request dangerous. She writes: “If it can tell Apple, which has been accused of no wrongdoing, to sit down and write a custom operating system for it, what else could it do?”

Once again, this reasoning is flawed. Of course, the All Writs Act applies to persons who are accused of no wrong. Persons who have been accused of no wrong still have to comply with warrants or subpoenas in cases in which their noninvolvement is wholly beyond dispute. The government can and does often compel labor in these situations. The hard question again is whether the need for the evidence trumps any broad claim for privacy, which given the specificity of the request of Apple, it surely does. Nor is Apple being asked to make an operating system. The government just wants to find the password without destroying the data. And as to the last question, the burden is always on the government to explain what it needs, not for any private party to parry an infinite set of government claims.

Davidson is on even weaker ground when she muses that the government might use its power to further violate the rights of individuals: “Could an imam, for example,” she writes, “be asked not only to tell what he knows but to manufacture an informant?” In posing her hypotheticals, Davidson takes no note whatsoever of the undisputed point that the only party to whom the government could turn for this assistance is Apple itself.

It is a commonplace of the law of common carriers that anyone who has a monopoly over some public utility or common carrier can be required to offer service on reasonable and nondiscriminatory terms. The existence of the monopoly is the justification for the extra burden. The government’s case against Apple is perfectly analogous to the common carrier situation insofar as the services it demands cannot be competitively provided. But when it comes to finding informants, the government is just as able, indeed more able, to do that by itself, which is why it never makes such silly requests under the All Writs Act.

Davidson concludes her think piece with a misguided flourish. In using the All Writs Act, she argues, “the government is attempting to circumvent the constitutionally serious character about many questions about encryption and privacy.” Nonsense. There are no constitutional issues raised by this government demand, even if some such claims might arise in other circumstances. The Wall Street Journal reports that Apple has hired two “heavyweight” at the prestigious law firm Gibson Dunn, Theodore Olson and Theodore Boutrous. Both are great lawyers who will have their work cut out for them.