Iran has been a state sponsor of terrorism since 1984. Through the Islamic Revolutionary Guard Corps (IRGC) and Qods Force, Iran has forged relationships with like-minded militias in neighboring countries, but primarily in Iraq. 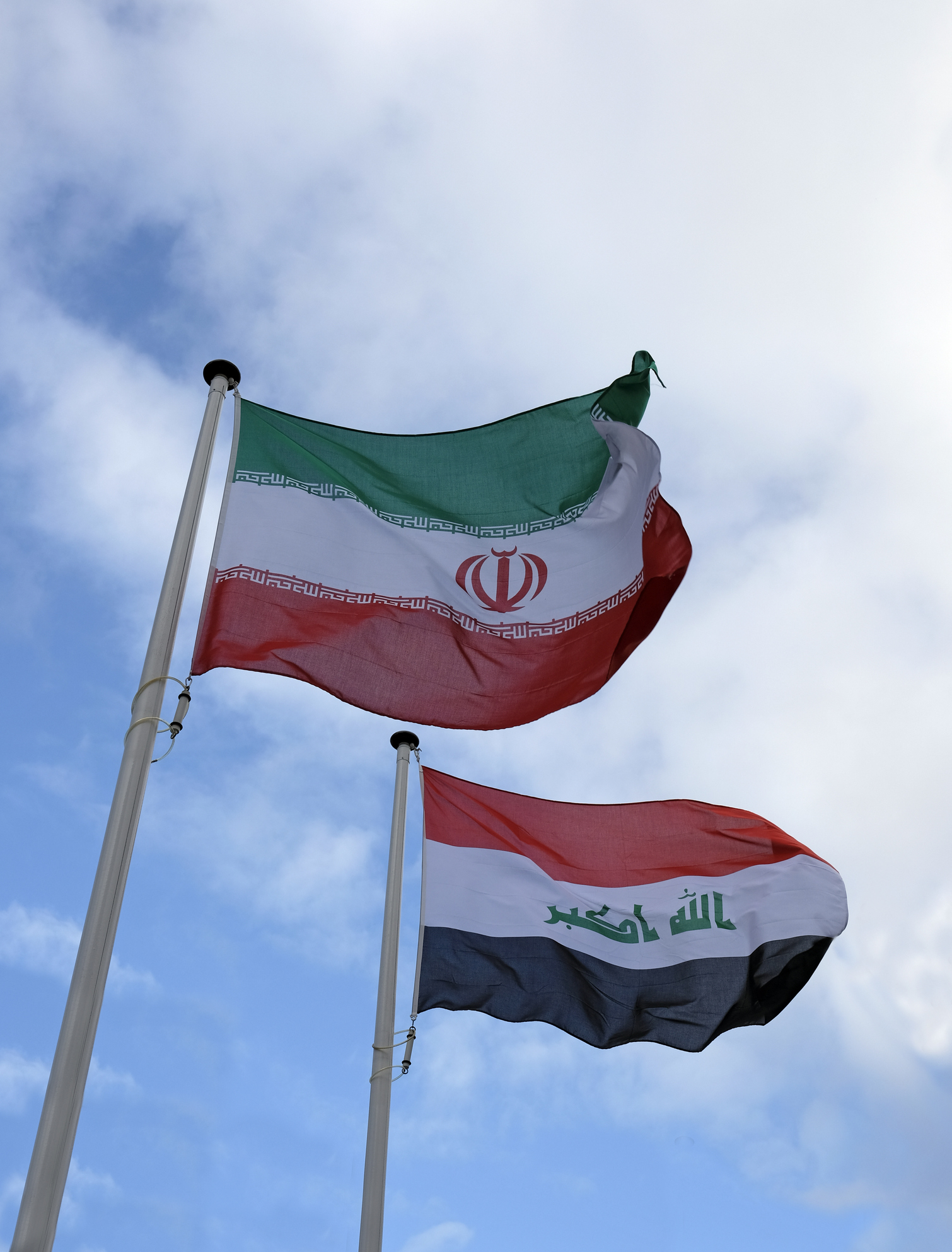 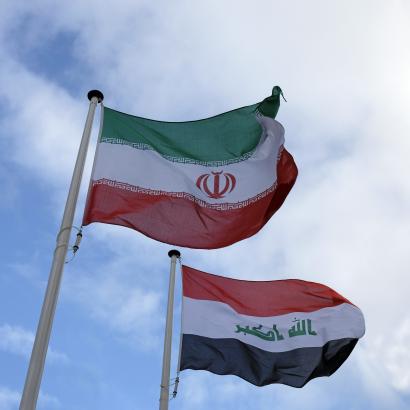 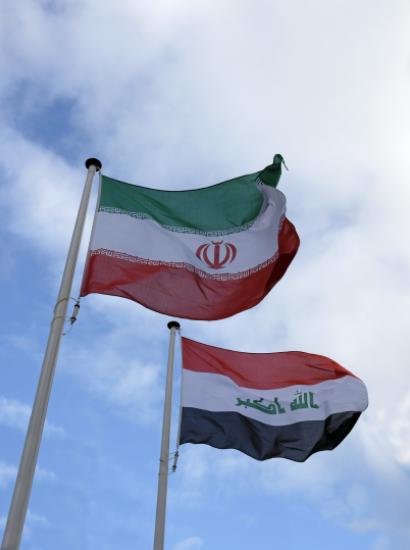 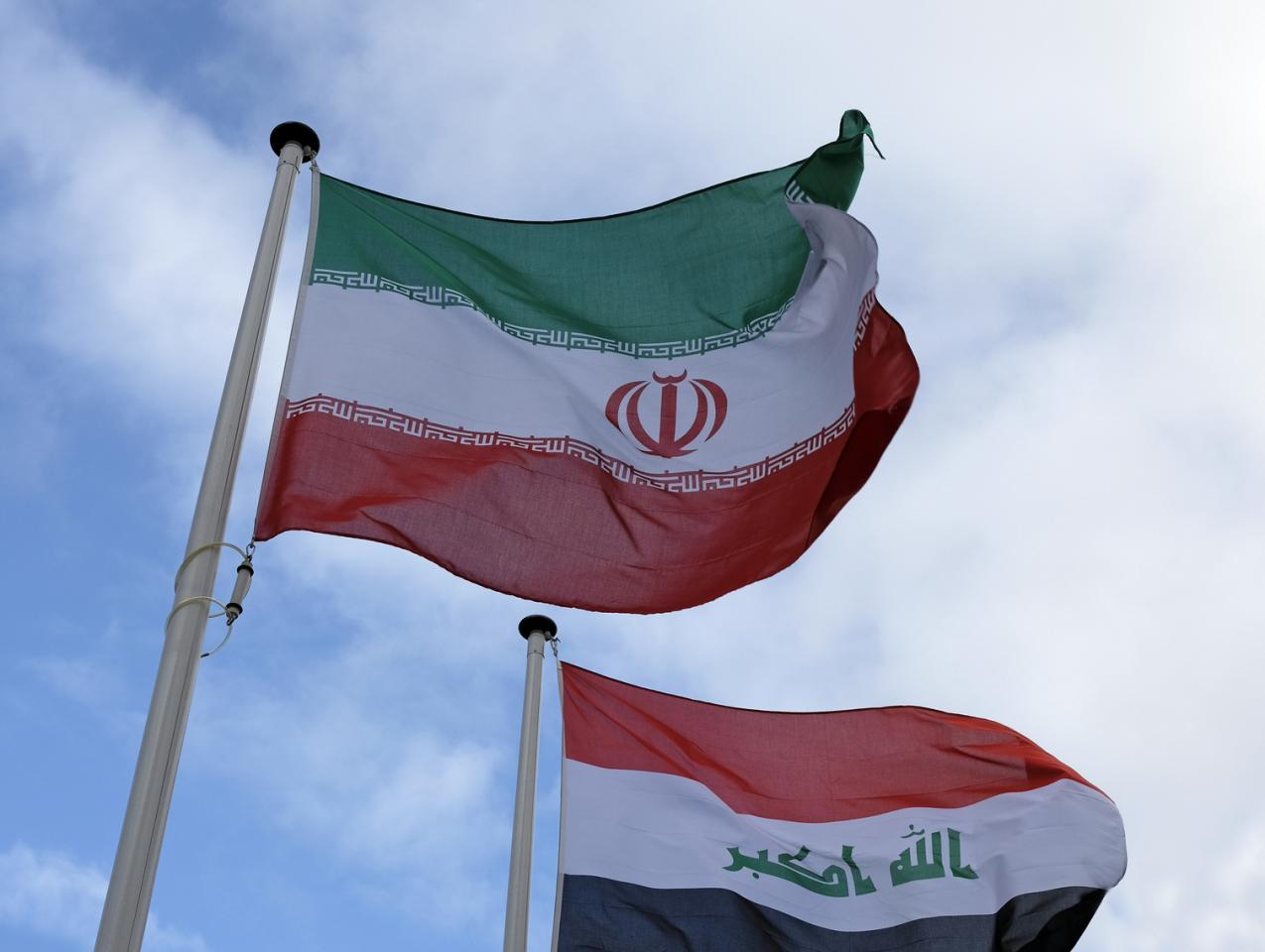 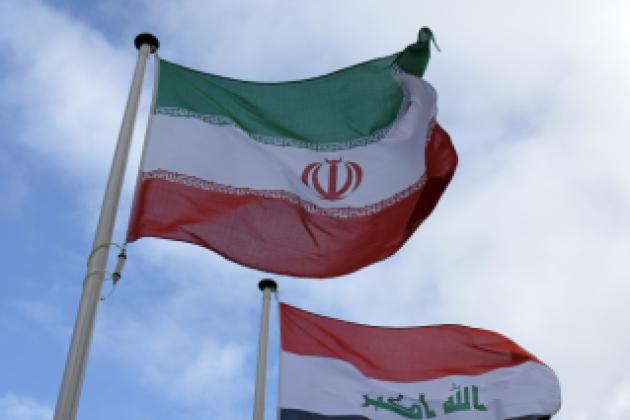 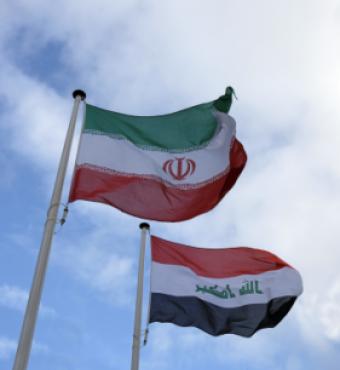 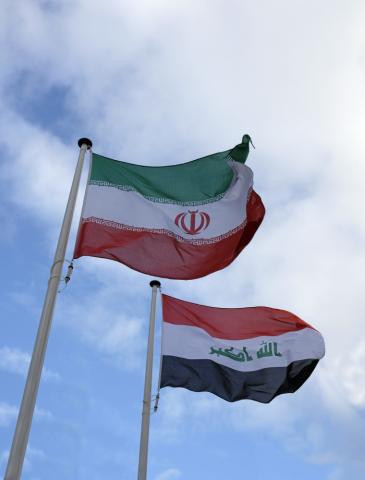 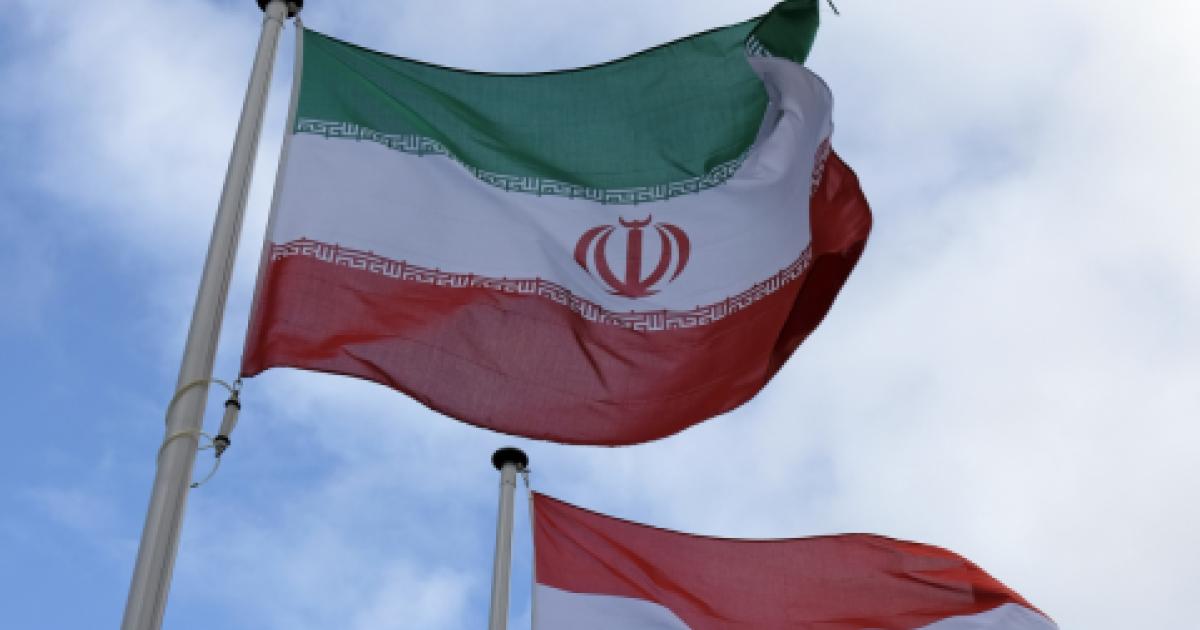 Iran has been a state sponsor of terrorism since 1984. Through the Islamic Revolutionary Guard Corps (IRGC) and Qods Force, Iran has forged relationships with like-minded militias in neighboring countries, but primarily in Iraq. The Badr Corps (also referred to as Badr Organization) has historical ties stemming back to the Iran-Iraq War. Badr fought alongside Iran’s IRGC against Saddam Hussein and his forces. Between Lebanese Hezbollah and Badr, Iran paid attention to the importance of surrogates. These groups are at the center of Iran’s asymmetric doctrine.

In Syria, late Qods Force Commander General Qassem Soleimani cultivated an environment that was conducive to Iran’s expectations. When the Arab Spring raged through Syria, Bashar al-Assad was facing a serious dilemma, but so was Iran. The collapse of the regime in Damascus potentially meant Tehran could face the same fate. Soleimani was deployed to Syria to save Assad’s regime, though his first attempt was a failure. Countless Iranian soldiers returned in body bags. Soleimani’s second attempt, a strategy that pitted various actors in the country against each other, would preoccupy the US and the West, and give Iranian forces time to operate in the background to keep Assad afloat. Soleimani brought in militias from Iraq, Afghanistan and Pakistan and established special groups in Syria in their model.

There were valuable lessons to be learned from the Syrian conflict. After all, this was Iran’s first real war since the Iran-Iraq War. Syria was in many ways a theater for testing different tactics and determining which strategies worked best. Improved asymmetric capabilities followed Soleimani into Iraq.

Iran has long played the spoiler in Middle East conflicts, but this has particularly been the case in Iraq. Since the US invasion in 2003, Iran entered the fray with unmeasured intensity. For the likes of Soleimani and others in the IRGC ranks, Iraq is the prize. Soleimani gradually created Iraqi Shia militia groups under the banner of Iranian state sponsorship. Groups like Katai’b Hezbollah, which the US designated as a foreign terrorist organization in 2009, and Harakat al-Nujaba, which was designated in 2019, are prominent organizations loyal to Iran. They’re highly trained, well resourced, and fully capable of controlling provinces.

The Popular Mobilization Forces (PMF), also known as Hashd al-Shabi, have brought most of these groups under one umbrella, though there are other non-Iranian elements as well. At the height of the Islamic State’s control in Iraq, particularly during the siege in Mosul, Iranian- backed forces were instrumental in pushing the Islamic State back, especially when Iraqi Security Forces retreated. Hailed as heroes for liberating key areas, in 2017, the PMF was formally institutionalized within the Iraqi security forces. This meant that the PMF was afforded not only the same resources as the Iraqi military, but also received the private benefits of Iranian state sponsorship.

On both sides of Iraq’s borders, there is an open corridor for smuggling anything from cash to weapons, personnel and even illicit activities like drugs and human trafficking. Syria has arguably been ceded to Iran. A host of advisors maintain stability operations and rely on militia groups for security. But Iraq has consistently been a challenge, though loyal militias have afforded Iran a pathway towards further integration. Even with heavy economic sanctions, Iran’s survival is largely contingent on Iraq’s dependence.

October 2019 was a critical juncture. Since the targeted killing of Soleimani and PMF leader Abu Mahdi al Muhandis, a wave of new special groups has appeared around Iraq. The challenge is in understanding their loyalties: is it to Iran or to the group from which they splintered? What is commonplace among them now however is that no matter the group, they have been targeting Iraqi activists and journalists since protests erupted in October 2019.

Mustafa al-Khadimi was elected Iraqi Prime Minister in May 2020 and, he has vowed to protect Iraqis, address their grievances, and above all, rein in the Iranian-backed militias. After all, these groups violently suppressed demonstrations, as the IRGC had done in Iran itself. To date, protests continue, despite the pandemic, and Khadimi has not been able to control the militias. The earlier Iraqi fervor for Iranian militias that saved their towns and cities from the Islamic State has now dissolved into anger and hatred for the same groups that are terrorizing their communities.

Here lies the challenge for US foreign policy. The US has been withdrawing forces and personnel from Iraq since mid-2019. An uptick in Iranian-backed attacks against US facilities in the Green Zone encouraged the State Department to cut staff, and this has continued well into 2021. Rocket attacks have persisted, including at Balad Air Base, in Erbil in northern Iraq, and elsewhere. While the US has downsized staff as a result of attacks, Iran and its militias are promoting a narrative that they have succeeded, which encourages others to follow suit. And what’s most dangerous is that these attacks will intensify and grow more lethal. If they can get away with it, then why stop?

Saraya al-Salam, for instance, which is believed to be affiliated with Moqtada al-Sadr, is thought to be responsible for the more recent Green Zone attacks. But just like any textbook terrorist organization, insurgency, or militia, fighters blend into neighborhoods, bazaars, and in the case of Iraq, among the protestors. It becomes even more dangerous for Iraqis to protest as they grow increasingly aware that among them are Iranian-backed groups who are targeting them, and if they’re targeted, then their friends and families become potential targets too.

Current estimates cite 80 activists having lost their lives from targeted assassinations. Militia groups are so emboldened that assassinations are now conducted in broad daylight. Even if arrests are made by Khadimi’s government, reports indicate that suspects are released shortly afterwards, which explains why information beyond the arrest seems to disappear into the ether.

Ultimately, the targeted killings of Muhandis and Soleimani in January 2020 did not curb Iranian malign activities. The old adage of killing the head of the snake will fracture the group, doesn’t apply to the Iranian-backed entities. They have a remarkable ability to survive. With the help of state sponsorship these militias now have autonomy in Iraq.

What Should Keep US Leaders Up at Night?

The analytical question to consider is if Prime Minister Khadimi, like his predecessors, will succumb to the Iranian influence and move to the sidelines. He has not delivered on his promises, nor has he had any success in curbing Iranian-backed groups. This isn’t a criticism of Khadimi; rather the important takeaway is understanding how challenging the current state of Iraq is and why it is important for the US to continue to support Khadimi’s government. No reasonable expectations have been met. But how do you peel away these groups that have become so embedded not just within society, but politically and even to some degree, economically? As of this writing, there is no clear vision as to what Khadimi’s government wants to do with the Iranian-backed groups, which could indicate that his government simply does not have a reasonable response. The more Khadimi has tried to pursue justice for slain journalists and activists, the greater the show of militia force.

Beyond this dynamic, Iraqi public frustration with Iranian-back groups and influence is ever-present. This could serve as an opportunity for the US. There is a fundamental political struggle between Iraq and Iran, and Washington should recognize that Iraqis are protesting to regain their sovereignty. Yet the State Department’s recent statement gives little encouragement that it understands the dynamics on the ground. When arrests are made by the Khadimi government, militias are called out to storm the Green Zone. This show of force is intended to keep pressure on the US, even as its troops are being withdrawn.

It is vital for the Biden administration to evaluate the linkages. A complete withdrawal from Iraq could be consequential. One outcome would be a version of what is playing out in Syria, but exponentially worse. The IRGC and its sponsored militias are localized, not global. They have a limited aim, but with more capability and capacity. Iran has an interest in exerting influence in the broader region, not necessarily globally.

Another takeaway is that the Middle East and more specifically Iran is in different stages. The Iran of today is not the Iran of 2008 or 2015, just as we didn’t have a proper understanding of Iran in 2003, for example. Secretary of State Blinken said in his “Foreign Policy for Americans” speech, “We’re not simply picking up where we left off, as if the past four years didn’t happen. We’re looking at the world with fresh eyes.” This is inconsistent with the actual policy. Washington is evidently not treating the region or Iran more specifically as it is but looking at it through the lens of 2015. Yet Iranian-backed militias have multiplied since then, as have Iran’s ballistic missiles, drone, and cyber capabilities. There are new actors, networks, and relationships that are difficult to track. It seems like Washington is trying to prevent new fires from starting as opposed to putting out the existing fires that are raging.

What we do know for certain is that Iran does not stick to a script; it relishes the role of the spoiler. Nor will Iran be deterred in the way that we want to deter it. Administration after administration has underestimated how much pain authoritarian regimes are willing to accept. In this case, Iran has an enormous capacity to absorb pain. The US needs to think through clearly what it wants to achieve with respect to Iran. Is it containment, deterrence, regime change or something else? There’s a civil-military gap in creating expectations concerning the character of a necessary strategy. Washington needs to get better at asking about the intended end state and the amount of risk we may be willing to take to achieve that end. One modest answer may involve exploring a regional strategy. The United States’ strategy towards Iraq cannot be discussed without factoring Iran into the equation. The same is true with Afghanistan, and even across the Persian Gulf. But for now, Iraq is Iran’s playground.

The views expressed are the author’s and do not reflect the official policy or position of the Department of Defense or the US Government.

Dr. Alma Keshavarz was a Postdoctoral Fellow in the Institute for Politics and Strategy at Carnegie Mellon University and previously served in the Office of Policy Planning.