The culprit in this mess is not racism. It’s the progressive policies that have destroyed a city. 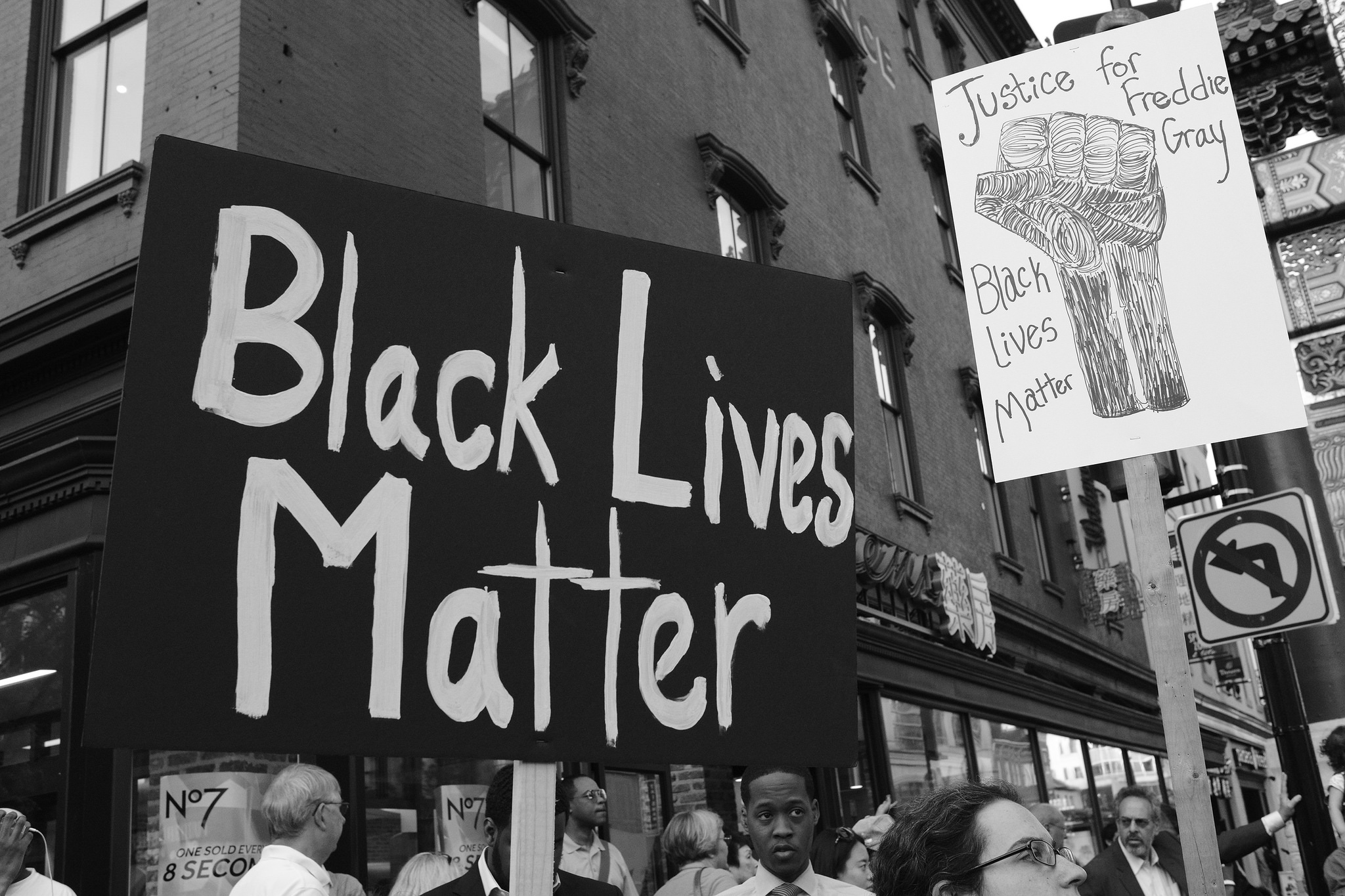 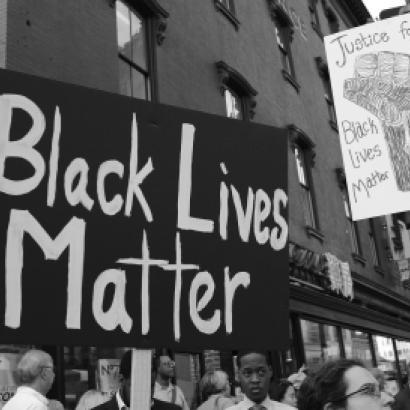 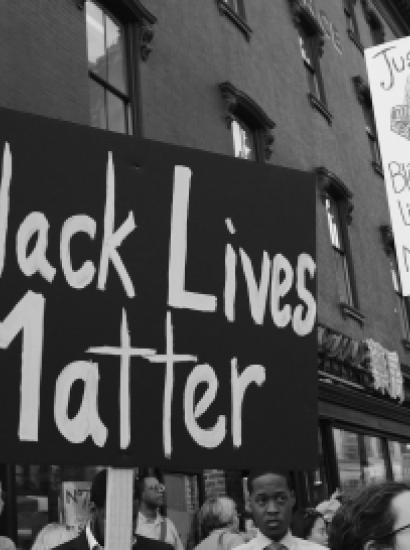 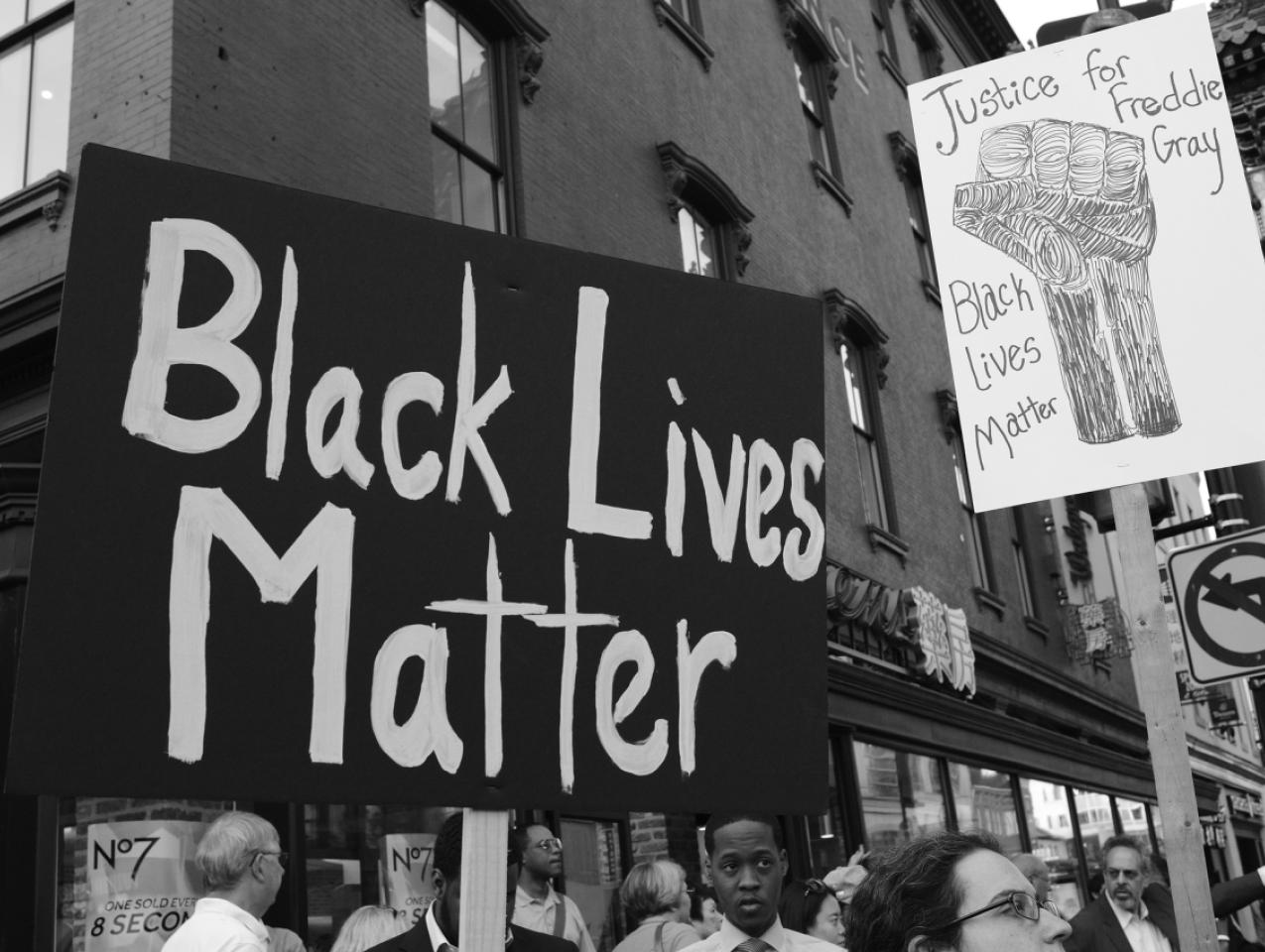 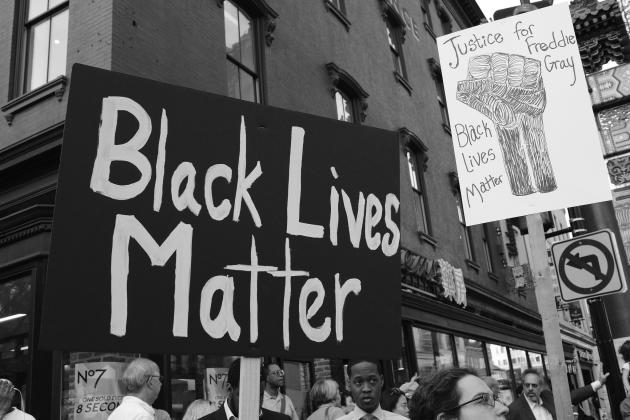 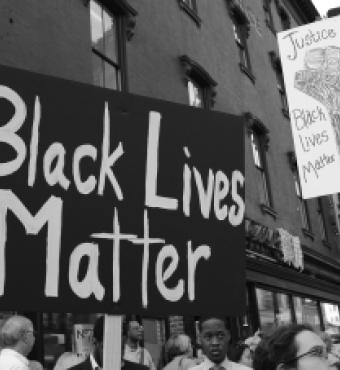 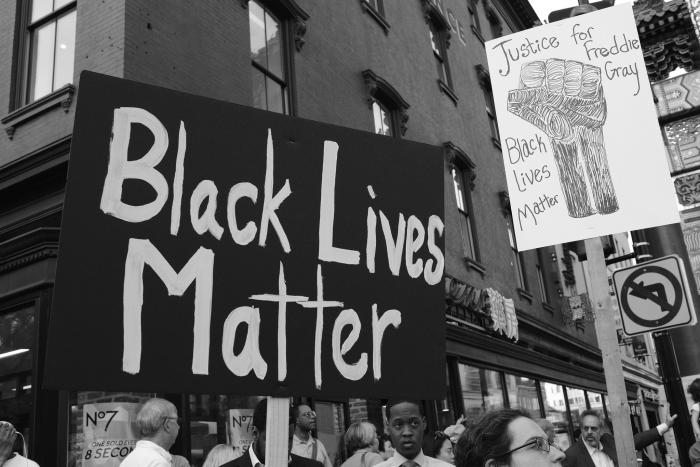 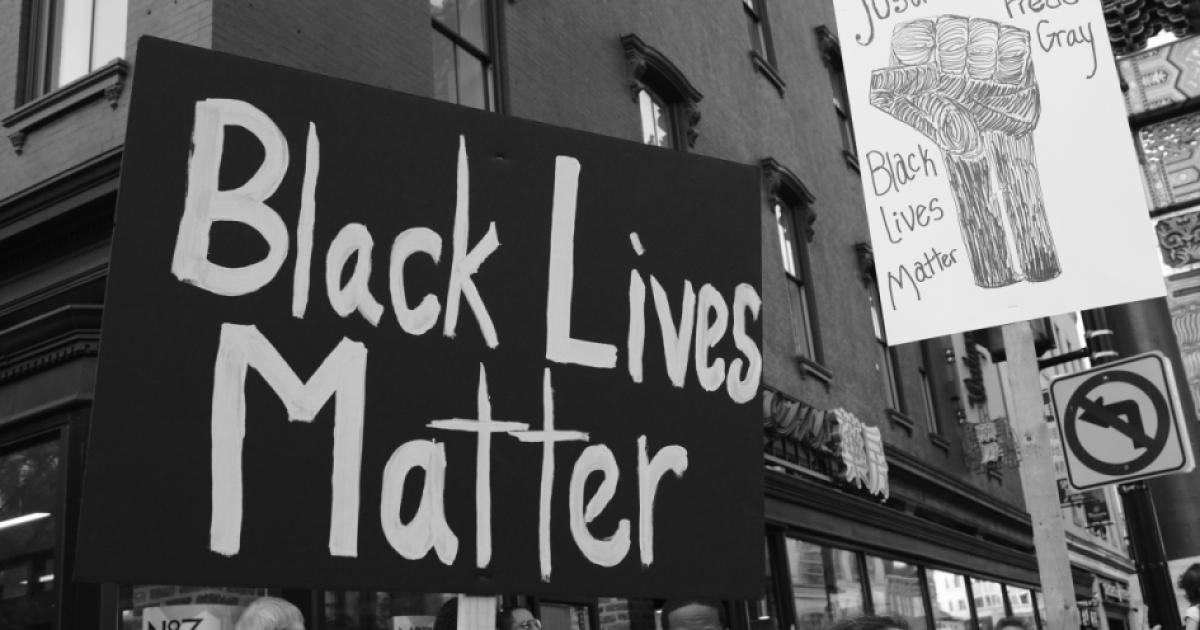 The recent unrest in Baltimore has been dominating the headlines.  But the real story is less about the particulars of the gruesome death of Freddie Gray and more about the set of policies that have increased the odds of such tragedies happening. These policies cover a broad range of issues, from police practices to public education. But they all bear the mark of progressive thinking, which has reduced the legitimate prospects for advancement and increased the odds of social disruption.

Start with the tough business of law enforcement.  No one knows the exact figure, but a decent estimate tells us that there are about 900,000 police officers in the United States. Even in the best-run organizations, it is never possible to secure compliance rates of 100 percent. There are always some rogues. If only one percent of the police officers in this country disregard their basic duties, that is enough to lead to some inexcusable behaviors that can tear—and have torn—a nation apart.

If it is exceedingly difficult to maintain high rates of compliance in well-run organizations, it is even more difficult to secure them in organizations whose structures are far from ideal, as is the case with police departments. As Ross Douthat has written in “Our Police Union Problem,” one of the major problems with the police is that they are heavily unionized. That began in January of 1962, when President John F. Kennedy signed Executive Order 10988, which ushered in a broad expansion of public unionized workers, who had not received collective bargaining rights under the National Labor Relations Act of 1935. The 1935 act confined collective bargaining rights to private sector industrial unions.

The reform was praised as a way to give workers in the public sector the same rights as those in the private sector. But the law was flawed for two reasons. First, it established parity in the wrong direction. Put bluntly, the 1935 NLRB was a mistake insofar as it introduced state-protected monopoly unions into competitive markets. The short-term gains for most (but by no means all) union members generated huge costs for everyone else in the system. If the union got its demands, wages went up to monopoly levels, thereby distorting service and product markets. If they did not get their way, strikes and other dislocations would surely follow, with huge uncompensated losses to the firm and to the many individuals and groups who depend on it for vital services.

Second, public unions are, on average, more dangerous than private ones. It is commonly understood that the no civilization can long survive unless the state has a monopoly of power within the jurisdiction. Giving the state the monopoly on power is not ideal, but it is better than having a collection of warring militias and roving gangs that escalate the use of force and trap innocent people in the crossfire. The words “police power” appears nowhere in the United States Constitution, yet it has long been widely recognized that the elusive police power, directed to the protection of health, safety, morals and the general welfare, is an inherent attribute of the sovereign. Its scope, especially on matters of morals, can be vigorously debated. As Chief Justice Waite said in Stone v. Mississippi: “all agree that the legislature cannot bargain away the police power of a state.” It is a regrettable necessity that state sovereignty requires a public monopoly over the use of force. But it is far worse for any fraction of that power to be given to a private party, freed from the standard political and constitutional safeguards designed to hem in the improper use of that power.

Unions, like other private organizations, march to a different drummer, and thus will use their newfound power to interfere with the proper operation of public forces by reducing their power to hire, train, fire, and discipline the members of their employees. Nearly a century ago, during the Boston police strike of 1919, Calvin Coolidge said bluntly to Samuel Gompers, the then head of the American Federation of Labor: “There is no right to strike against the public safety by anybody, anywhere, any time.” That observation was made before the ascendancy of progressive politics in the United States.

Job security for individual workers cannot come at the cost of events like those surrounding the death of Freddie Gray, in which the conduct of the police officers involved was deplorable and in all likelihood criminal as well. It is difficult to know whether the prompt indictment of the six officers involved in the case was rash or prudent. Sitting from the outside, it is very hard to second-guess State’s Attorney Marilyn Mosby’s decision to bring serious charges against the six officers involved in the incident, three of whom were African-American.

The only system that has ever proved equal to the challenge in cases of this sort is a full and fair trial, in which the defendants are afforded the presumption of innocence that can be only overcome by proof of guilt beyond a reasonable doubt. All too often in criminal cases, the question of guilt in the abstract is more or less a given. The severity of the guilt is determined by the grade of homicide—from first-degree murder to involuntary manslaughter.

The harder questions relate to the public response to the various killings. The extended riots in Ferguson must in retrospect be condemned as a reckless rush to judgment of an innocent man. Its major consequence was to wreck innocent citizens and businesses in a community that had already suffered far too much. The Baltimore riots are every bit as pointless, because they too drag down innocent people for wrongs that random violence can never rectify. It is therefore especially disappointing in the wake of the riots to read the influential black journalist Ta-Nehisi Coates write his polemic “Nonviolence as Compliance” in the Atlantic, with the subtitle: “Officials calling for calm can offer no rational justification for Gray’s death, and so they appeal for order.” This one sentence gets the world upside down.

Of course officials in Baltimore should call for calm, as that is the only way to protect the lives and property of innocent people in Baltimore, the majority of whom (as if this mattered) are African-American. All citizens are entitled to that protection, and if there were ever a case for a color-blind system of justice, the basic operation of the criminal law is it.

Of course, there is no rational justification for Gray’s death, which is why some form of criminal prosecution and departmental discipline are absolute necessities in this case. But it is not as though an appeal to order is misplaced when the police have misbehaved. It is all the more necessary to try to restore matters to an even keel before there are more killings, woundings, firebombings, and general mayhem. What else should these public officials say? That it’s fine to riot no how matter how much it undermines civic institutions?

At this point, we have to face some hard choices on what to do next. To Coates, the answer is all too easy—it is to insist, as he did in a speech at Johns Hopkins, that “The Clock Didn’t Start with the Riots,” which then leads to yet another denunciation of antebellum slavery and Jim Crow. All too true, but irrelevant, for on this view the past has perpetual claims on the future. It is as if the early debts can never be discharged no matter what actions are taken thereafter. The hard questions, therefore, are not about the past. Instead they have to confront what was done in, say, the 50 years since the initial successes of the civil rights movement in the 1960s.

It is not that this nation has not tried its fair measure of targeted interventions to aid minority groups, and it is not as though the system of transfer payments to help the poor has shrunk since that time. But it is the case that the current system is just not working. Recall that three of the officers who are on the dock for Gray’s senseless death are African-American. So inbred, unconscious racism is a weak explanation for their behavior, which is far more likely explained by the sense of privilege that comes from the inability of civic society to subject the police to sensible restrictions. Power, Lord Acton tells us, “tends to corrupt, and absolutely power corrupts absolutely.” That principle applies not only to the great men of whom Lord Acton spoke, but also to public servants of all ages, races and sex, who are insulated from legal oversight by independent actors.

Yet focusing only on the misdeeds of the Baltimore police force misses the depths of the problem. Baltimore is a strongly Democratic city whose experimentation with progressive principles has proved unable to lift people out from poverty. Its labor and taxation policies have led to an exodus of well-to-do citizens, white and black, so that Baltimore’s population has plunged by about a third, from about 940,000 in 1960 to 622,000 in 2013. The question on the table is how to reverse the population decline, which will only come if the city is a decent place for people of all races to live, work, and educate their children.

Yet Baltimore has done little to cultivate the one thing that might bring people back to the inner city—school choice—and based on the leadership in the democratic party on this point, it’s not likely that Baltimore will. President Obama wants to zero out the D.C. Opportunity Scholarship Program, for example, which provides scholarships to about 5,000 students, 95 percent of whom are black. The unions have fiercely opposed the program.

In Baltimore, like in Washington D.C., the government is confronted with a choice between two constituencies: unions and people in need. The tragedy of the modern progressive movement is that it prioritizes the former at the expense of the latter. The people of Baltimore deserve better. They deserve a decent education and a safe place to live.