The President’s foreign policy toward Israel and Iran reveals, once again, the dangers of “leading from behind.” 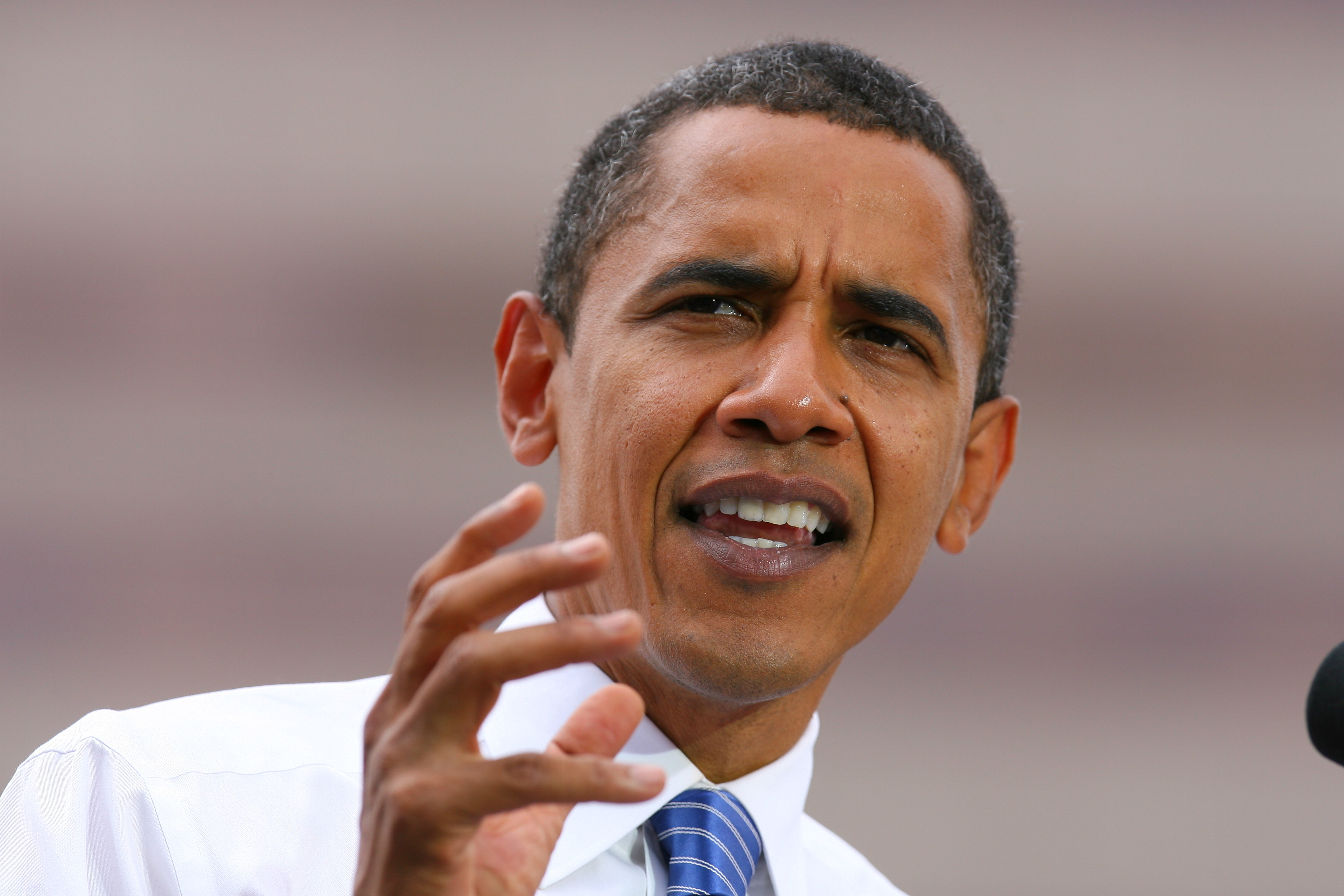 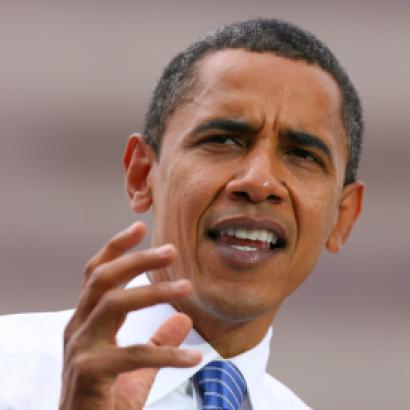 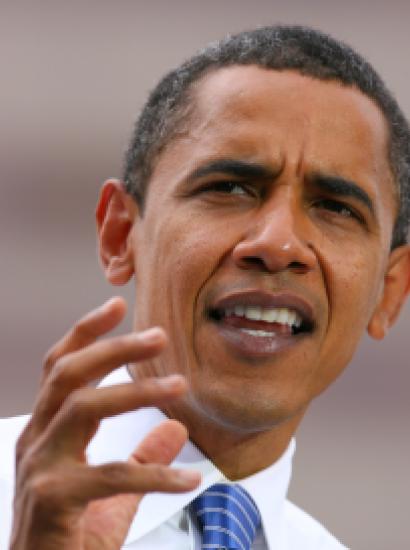 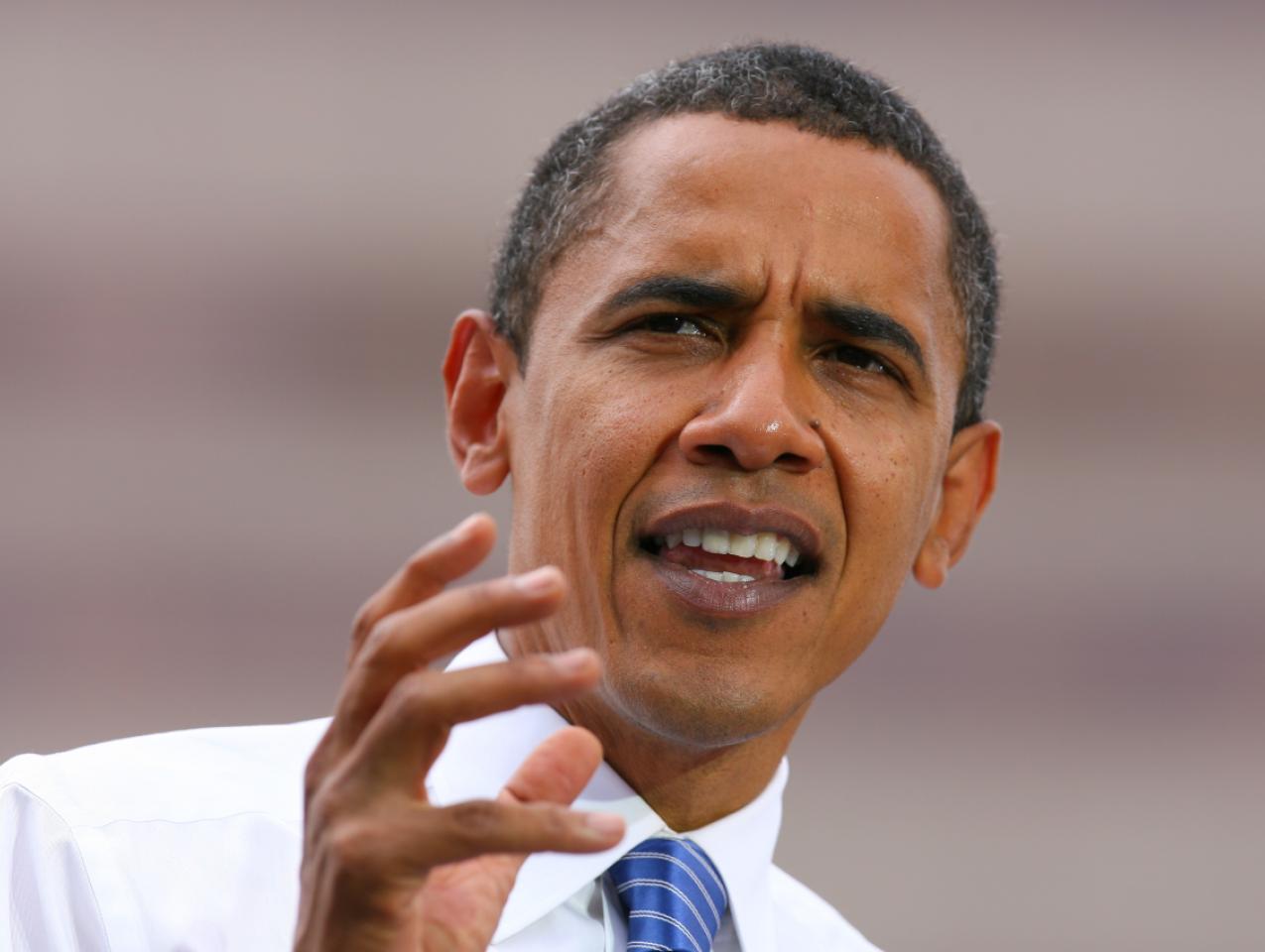 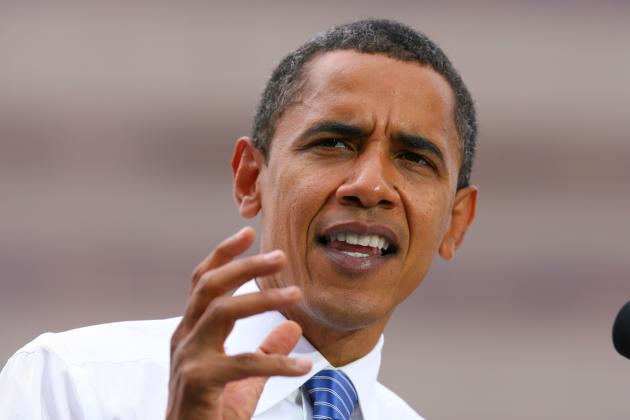 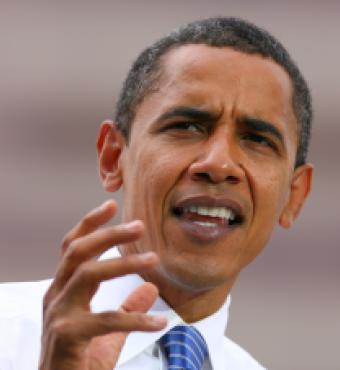 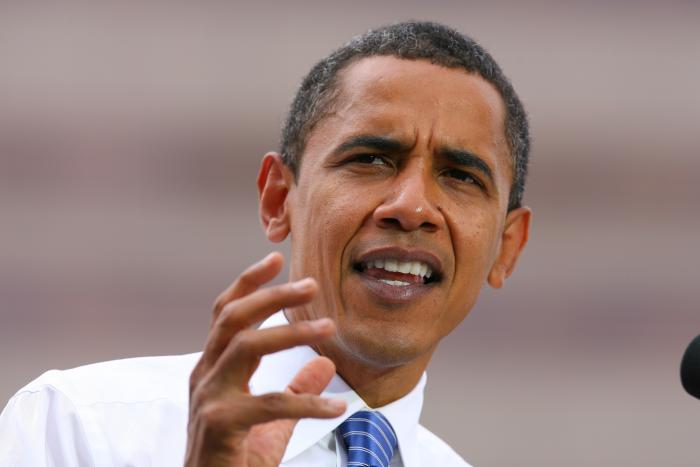 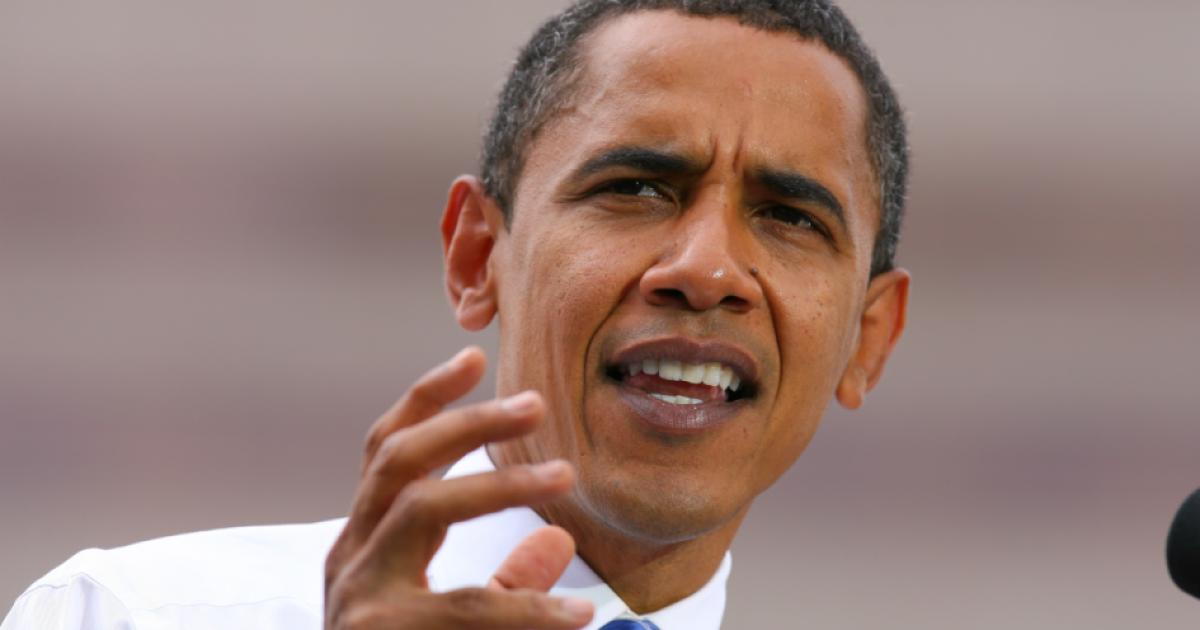 The past month has witnessed some tumultuous events that have further frayed the notoriously uneasy relationship between the United States and Israel. Israeli Prime Minister Benjamin Netanyahu’s Likud party pulled off a come-from-behind victory in the Israeli elections on March 17, 2015. Two weeks earlier, Netanyahu delivered a speech before Congress—at which some 58 members of Congress were missing—attacking both President Obama’s effort to break the impasse between Israelis and Palestinians on a two-state solution, and his response to the Iranian development of nuclear fuels and nuclear weapons. These intensely political negotiations are tough and they are made even more difficult because of a set of structural difficulties that are then magnified by the personal characteristics of the key negotiators.

Let’s backtrack a bit by starting with some basic bargaining theory. Political negotiations are the antithesis of those that take place in competitive markets, which are characterized by huge numbers of transactions, but relatively few prolonged negotiations. Merchants know that their customers can go elsewhere, and so they price their goods and services at attractive levels, almost always as “take-it-or-leave-it” offers. That ultimatum strategy reduces the transaction costs of doing business for both sides. Their key terms are not just pulled out of a hat, but are carefully choreographed options to win customers. Just imagine what would happen if every customer on every check-out line could haggle about the price of each item. Other customers would bolt for the door.

Bargaining is far more complicated with bilateral monopolies, where each side can turn to only one party to make a deal. Take as an instructive example the protracted negotiations between management and labor under the National Labor Relations Act. Unlike competitive markets, the NLRA requires that every employer must bargain “in good faith” with a union elected by a majority of employees in an appropriately defined bargaining unit. And unlike in competitive markets, the NLRA requires an employer to disclose information about its costs, so as to enable the union to calibrate its bargaining demands against the employer.

The NLRA thus dangerously confers on unions a monopoly position that all too often makes labor negotiations protracted ordeals, in which bargaining impasses can trigger either union strikes or employer lockouts. One notable effort to short-circuit this situation was the strategy adopted by General Electric in the late 1950s through its then Vice President for Labor Relations, Lemuel Boulware. In the aftermath of some ruinous GE strikes in the 1940s, Boulware tried to impose a take-it-or-leave-it approach to labor relations at GE. Boulware’s approach, which has been roundly criticized, was to make a single “truthful” offer to its union members based on its own comprehensive examination of the overall situation. It then ferociously defended its position to the workers and the public, not coincidentally in part through its then spokesman Ronald Reagan. In 1969, the Court of Appeals for the Second Circuit by a divided vote condemned GE’s “unbending firmness” in its union negotiations as an unfair labor practice.

Legally, the Second Circuit’s view runs headlong into Section 8(d) of the NLRA that states that the statutory obligation to bargain in good faith "does not compel either party to agree to a proposal or require the making of a concession." Without that provision, each side could demand fatal concessions from its opponents. Nonetheless, it is foolish to make employers go through a bargaining ritual by first making an unacceptable strategic offer in order to allow them to make pre-planned concessions at the eleventh hour. It is equally unwise for the Courts to require that employers give detailed information about their costs so as to let unions extract high monopoly rents from their protected bargaining positions. It is easy to see why the crazy-quilt set of NLRA bargaining rules should be scrapped in their entirety. A return to competitive markets reduces bargaining costs, counteracts uncertainty, and expands the labor market.

As things stand, however, no parallel approach will let anyone to cut through the Gordian knots in the Palestinian and Iranian negotiations. All international disputes between sovereign nations and political groups involve irreducible levels of strategic bargaining that no law can remove. The brute truth is that the contending forces have no choice but to negotiate with each other, giving everyone strong incentives to hold out for the best possible deal, even when impasse could easily lead to armed conflict or nuclear destruction.

Unfortunately, the uneasy accommodation between good faith bargaining and concession-free bargaining never goes away no matter how high the stakes. Yet nothing about basic bargaining theory indicates who should make the first concession, or, after these are made, whether some other party should increase its demands or make reciprocal concessions of its own.

This framework helps in evaluating the recent political moves of Netanyahu. Let us assume that Netanyahu made two serious blunders during the past month, first in warning Israeli Jews that Israeli Arabs were being bussed en masse to the polls, and second by repudiating the possibility of any two-state solution, only to reverse himself, credibility tarnished, afterwards. The first of these statements may have contributed to his surprise victory over a now dispirited liberal wing in Israeli politics. Defeated Zionist Union candidates Isaac Herzog and Tzipi Livni blamed their loss on Netanyahu’s racist statements.

Surely those forces did rear their ugly heads in the past election, but in the long run they are sideshows in the existential battle of how the Israelis should negotiate their way through the two conflicts. Netanyahu’s later strategic announcements that the times and conditions were not propitious for a two-state solution contains more force than either a deeply offended President Obama or Israel’s own liberal critics acknowledge. Boulwarism is alive and well in the mid-east after the 1993 agreements broke down in frustration in 2000 when Ehud Barak (who was strongly committed to making a deal) and Yasser Arafat failed to reach an agreement, leading to a second intifada shortly thereafter.

In essence, Netanyahu has taken, for the moment at least, the no-concessions view of ongoing negotiations. These negotiations of course cannot end, because they necessarily take place both before and after the parties sit down at some bargaining table. In the current situation, Netanyahu is right to note that the conditions for peaceful negotiations are far more difficult now than in 1993, and for two reasons. First, Israel’s complete and unilateral withdrawal from Gaza in 2005 has brought forth an unrepentant and vicious Hamas government, and has since led to three major wars in 2008-2009, 2012, and 2014. The Israelis should regard Gaza as the canary in the mine. A unilateral withdrawal from the West Bank could lead to a Hamas government, increased attacks against Israeli territories and citizens, and a concentration of foreign troops on Israel’s borders, which cannot be credibly sealed, unlike Gaza, where the aggressive cooperation of Egyptian President Abdel Fattah Sisi has made a huge difference on the ground. What is needed now is an explicit Palestinian offer on how best to go forward, which is just not forthcoming. A Palestinian hard-line option is of course their prerogative, but so too is an Israeli response that bars further concessions until the Palestinians move first.

The second source of difficulty in getting negotiations started again is paradoxically President Obama. There is no way, period, that any lasting settlement between the Israelis and the Palestinians—including one that requires the painful removal of a substantial number of Israeli settlements from the West Bank—will be credible without third-party backing. The United Nations is useless for this purpose, so the only creditable guarantee is an alliance of Western nations led by the United States. Here, the death of Pax Americana is taking its toll. The Israelis and the rest of the world know that the United States will not be a credible guarantor of any peace so long as President Obama remains in office. Such is the legacy of American foreign policy in Syria, Iraq, Iran, Russia, and the Ukraine.

At this point, therefore, an Israeli no-concession policy should dominate. Indeed if the Herzog/Livni ticket had won, Israel’s Palestinian negotiation strategy would have been much the same, even if the political atmospherics might have differed. Remember Livni was Netanyahu’s lead negotiator when the 2014 negotiations brokered by Secretary of State John Kerry failed, on her account after the Palestinian Authority made a short-term alliance with Hamas, and decided unilaterally to join some 15 International Conventions.

This same United States weakness has led to widespread Israeli frustrations with respect to Iran’s nuclear program. Here too the negotiations show the dangers of concession bargaining. The Iranians have hung tough throughout, and President Obama, as leader of the western coalition, continues to make concessions to them in hopes of concluding a deal by the end of March. In order to do this, he has sought to push Congress off to one side, by dubiously insisting that any such agreement does not count as a “treaty” under the U.S. Constitution, which says that the President “shall have Power, by and with the Advice and Consent of the Senate to make Treaties, provided two thirds of the Senators present concur.” His strong position in turn has provoked a letter to Iran from 47 Republican Senators, incensed that they had been passed by, in which they noted that any executive compact reached may not outlast the Obama Administration.

Let us postulate that sending the letter was an unwise political maneuver, even if it is far from a constitutional violation under the overbroad 1799 Logan Act that forbids any communications, direct or indirect, by citizens with foreign governments. The same criticism could not have been lodged if the Senators had sent a public letter directly to President Obama, with the same message. Yet it is important to understand that any mistake by the Senators does not excuse the weak negotiation posture of the President, nor will it do anything to quell the rising bipartisan disaffection inside the Senate over the President’s willingness to make too many concessions. There is of course an alternative, which is to reimpose the sanctions that have been softened in the interim. Once again, the United States is under no duty to make further concessions in its Iranian negotiations.

In the end, it is critical to understand that the current weaknesses in American foreign policy stem from the President’s adamant reluctance to commit to the use of American force in international relations, whether with Israel, Iran or with ISIS. Starting from that position, the President has to make huge unilateral concessions, and force his allies to do the same thing. Right now his only expertise is leading from behind.  The President has to learn to be tough in negotiations with his enemies. Right now, sadly, he has demonstrated that toughness only in his relationships with America’s friends and allies.