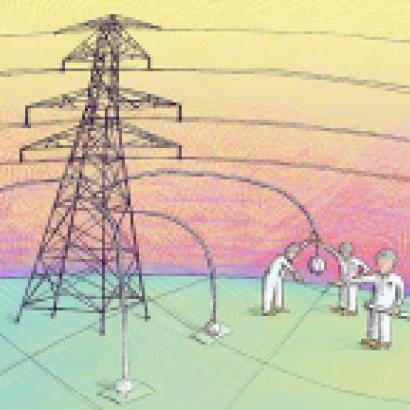 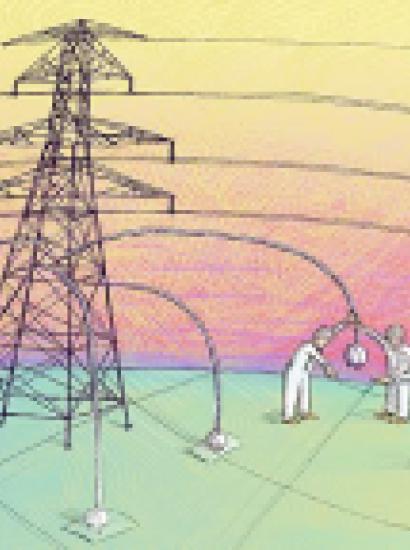 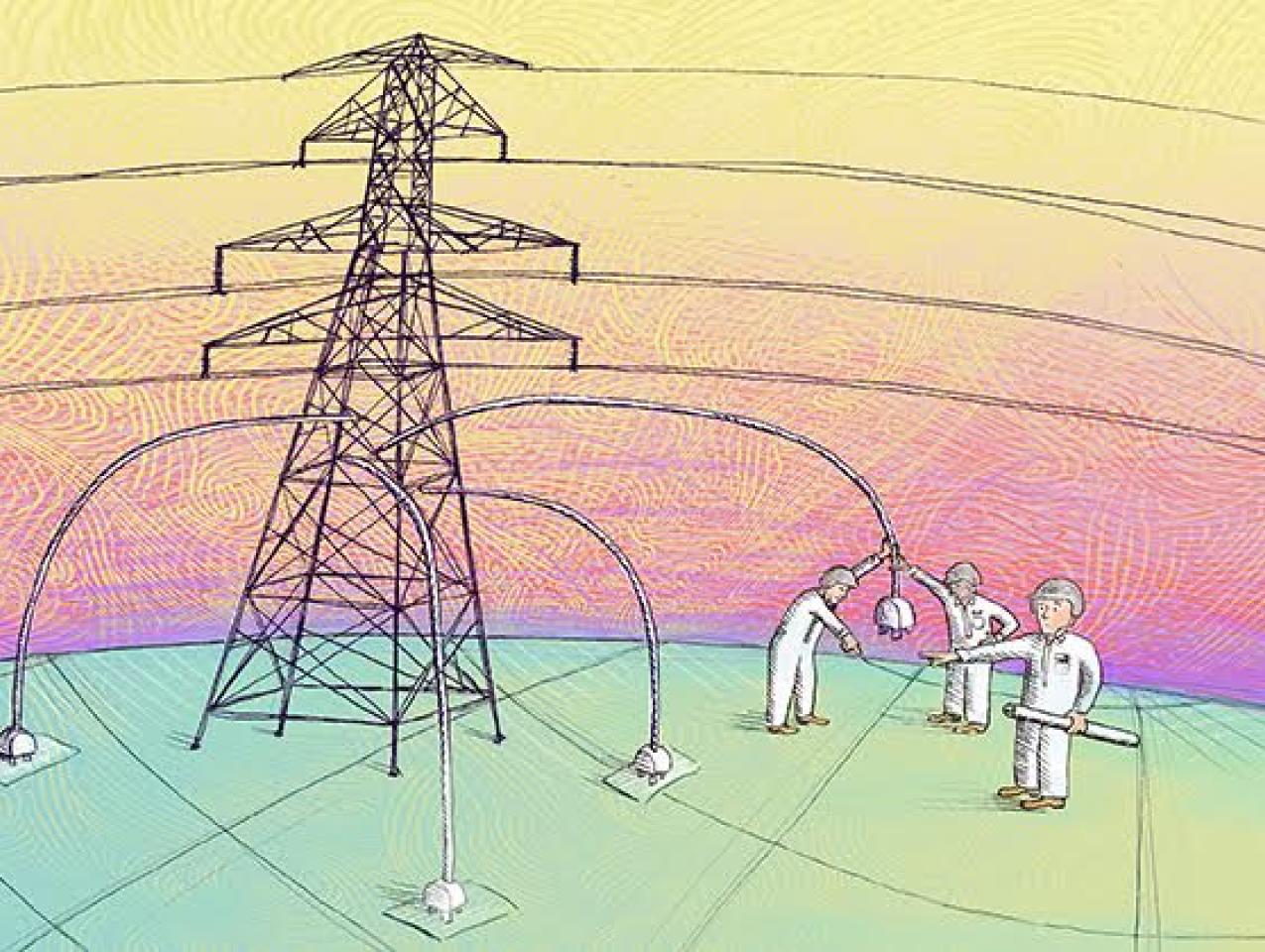 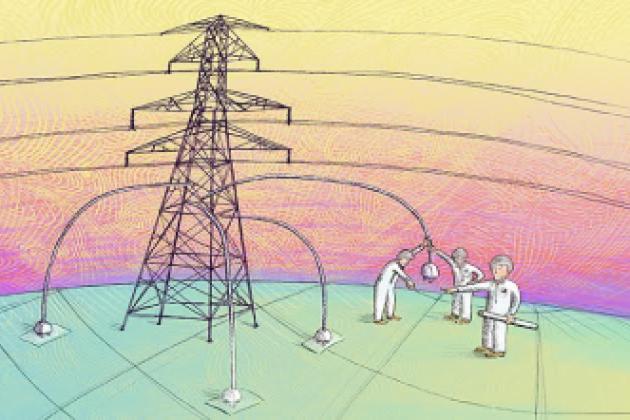 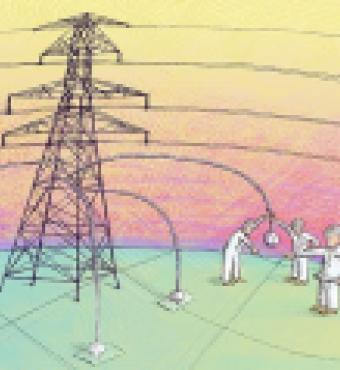 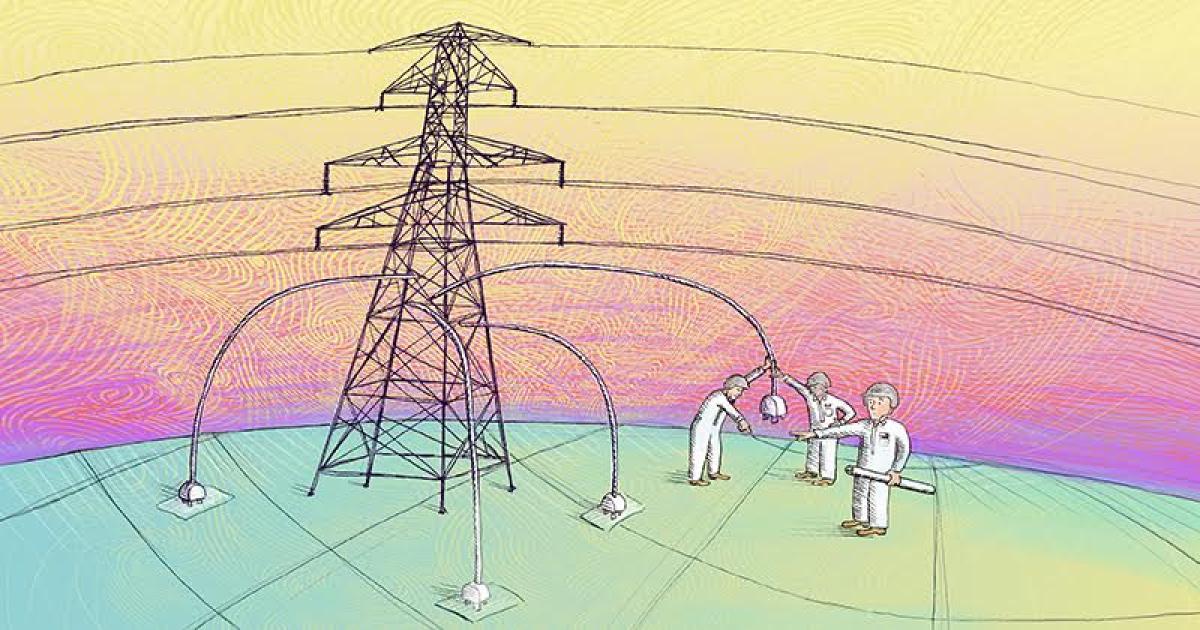 The following essay is excerpted from the foreword to Keeping the Lights on at America's Nuclear Power Plants, a new book from the Hoover Institution’s Shultz-Stephenson Task Force on Energy Policy. This work is part of the task force’s Reinventing Nuclear Power research series.

Nuclear power alone will not solve our energy problems. But we do not think they can be solved without it. This is the crux of our concerns and why we are offering this book. It describes the challenges nuclear power is facing today and what might be done about them.

We know that our country’s dominance in civilian nuclear power has been a key part of America’s ability to set norms and rules not just for power plants in less stable places around the world but also for the control of nuclear weapon proliferation. We know that it’s an important technology-intensive export industry too: America invented the technology, and the United States today remains the world’s largest nuclear power generator, with nearly a quarter of global plants (more if you count the hundred power reactors aboard our navy ships at sea). Domestically, we know that nuclear power gives us reliable electricity supply at scale, supplying one-fifth of all of our power production and that nearly two- thirds of our country’s pollution and carbon-dioxide-free energy comes from these facilities.

There are known risks and real costs to nuclear too, of course, but on balance we believe that the benefits for the country come out well ahead. Historically, much of the national nuclear enterprise has rested on the backs of the US federal government (and military) as well as on the ratepayers of the electric utilities who own or operate these facilities. The question today is if—and how—those same players will be able to shoulder that responsibility in the future.

When we first started looking into the nuclear question as part of our energy work at the Hoover Institution a few years ago through the Shultz-Stephenson Task Force on Energy Policy, we had our eyes toward the future: What were the prospects and roadblocks for a new generation of small, modular nuclear reactors? How about the licensing framework for advanced, next-generation plant designs? Could a new entrepreneurial portfolio approach help break through the nuclear fusion barrier? We wanted to know what it would take to “reinvent nuclear power.” Soon enough, though, it became clear that it would not be enough to reinvent the future of nuclear power; if we don’t want to make the commitment to finance and run the mature and already depreciated light water nuclear reactors of today effectively, we won’t have the option to make that choice tomorrow.

Nothing in energy happens in isolation, so nuclear power should be viewed in its larger context. In fact, we are in a new energy position in America today.

First, security. New supplies of oil and gas have come online throughout the country. This not only has reduced our imports but also given us the flexibility in our production that makes price fixing cartels such as OPEC weak.

Prices are falling too, not just in the well known oil and gas sectors, the result again of American ingenuity and relentless commercialization efforts in fracking and horizontal drilling, but in new energy technologies as well. Research and development in areas such as wind and solar or electric vehicles are driving down those costs faster than the scientists expected, though there is still substantial room to go. We also have made huge strides since the 1970s Arab oil crises in the more efficient—or thoughtful—use of energy and are in a much better position energy-wise financially and competitively because of it.

Meanwhile there is the environment. The good news is that we’ve already made a lot of progress. As anyone who experienced Los Angeles smog in the 1960s and 1970s can attest, the Clean Air Act has been huge for the air we breathe. On carbon dioxide emissions, the progress is mixed, but the influx of cheap natural gas, energy efficiency, and a growing menu of clean energy technologies suggest promise.

Our takeaway from all of this is that for perhaps the first time in modern history, we find ourselves with breathing room on the energy front. We are no longer simply struggling to keep the lights on or to keep from going broke while doing so. What will we then choose to do with that breathing room?

To put a finer point on it: America needs to ask itself if it’s acceptable to lose its nuclear power capability by the midpoint of this century. If so, then, plant by plant, our current road may take us there. Some would be happy with that result. Those that would not should understand that changing course is likely to require deliberate actions.

What would we be giving up if we forgot nuclear power?

An environmentalist might note that we’d be losing a technology that does not pollute the air or water. Radioactivity is a cultural and emotional concern for many people, but nuclear power produces a relatively small amount of such waste—at a predictable rate, with known characteristics, and with $30 billion in disposal costs already paid for. Perhaps surprisingly, nuclear power production actually releases one hundred times less radiation into the surrounding environment than does coal power. Overall, with a long track record, the rate of human injury caused by nuclear power production is the lowest of any power generation technology, including renewable resources.

Jobs are increasingly discussed in energy, as they have long been in other business policy. Nuclear power plants each employ about six hundred people, about ten times more than an equivalent natural gas plant. Many nuclear workers are midcareer military veterans with few other outlets for their specialized skills—one US nuclear utility reported last year that a third of all new hires at nuclear facilities were veterans, Often intentionally located in rural areas, nuclear plants are major economic inputs to sixty small towns and cities across America. The nuclear power technology and manufacturing supply chain is a global export business for domestic businesses—not just for multinationals but also closely held nuclear-rated component suppliers, forgers, and contractors.

Someone concerned with security can appreciate that the fuel for nuclear power plants can be provided entirely from friendly suppliers, with low price volatility, and long-term supplies stored on-site and not subject to weather disruptions. Existing nuclear power plants use mature technologies with a long experience of domestic expertise in operations, oversight, and regulation. More broadly, a well-functioning domestic civil nuclear “ecosystem” is intertwined with our space and military nuclear capabilities, such as the reactors that power our aircraft carriers and submarines.

Finally, we shouldn’t discount that nuclear power plants are today being built at an unprecedented rate by developing countries in Asia and the Middle East, driven by power demands for their growing industries and increasingly wealthy populations. Those new plants are as likely to be built and supplied by international competitors as they are our own domestic businesses and their employees. The United States has so far held a dominant position in preserving global safety and proliferation norms owing to the strength of our domestic nuclear capabilities. Looking forward, new nuclear power technologies are available that could improve plants’ performance and the affordability of the power they generate. But tomorrow’s nuclear technologies directly depend on a continuation of today’s nuclear workforce and know-how.

In today’s American energy system, our biggest challenges are now human, not machine. Nuclear power illustrates this: while these generators have sat producing a steady stream of electrons, year by year, the country and markets have shifted around them. As long as we keep the gas pedal down on energy research and development—which is important for the long term—our country’s universities and research labs will ensure that new technologies keep coming down the pipeline as fast as we can use them. Often what is holding us back now is a lack of strategy and the willingness to make the political and bureaucratic changes necessary to carry one out. Technology and markets are moving faster than governments.

Nuclear power operators after Chernobyl and Three Mile Island were famously described as being “hostages of each other.” Any mistake made by one would reflect on all of the others. In many ways, this was an opportunity that became the basis for the American operators’ effective program of industry self-regulation. Today that phrase may have a new meaning. In recent years, the country’s energy industry has become unfortunately politicized, with many of the same sorts of identity- and values-based appeals that have come to dominate our political campaigns.

Technologies or techniques are singled out for tribal attack or support, limited by a zero-sum mindset. In truth, the energy system is not something that can be won. Instead, it’s more like gardening: something that you have to keep working at and tending to. Fans of gas or nuclear, electric cars or oil exports, fracking or rooftop solar—in the end, all are linked by common markets and governments. Each shot red in anger ricochets through the system, sometimes with unexpected consequences. This is why, for example, we support a revenue-neutral carbon tax combined with a rollback of other technology-specific mandates, taxes, and subsidies that would go a long way toward leveling the playing field. Ultimately, a balanced and responsive approach that acknowledges the real trade-offs between affordability, reliability, social impacts, environmental performance, and global objectives is the best strategy for reaching—and maintaining over time—any one of those energy goals. Our energy system has more jobs than one.

So while we find ourselves with breathing room today, we know that the path ahead is filled with uncertainty. The unforeseen developments that have delivered us to this point today could once again carry us to an unexpected situation tomorrow. Renewable resource costs have fallen faster than expected—can that pace be maintained as systems pass from plug-and-play at the margins to unexplored territory on the widespread integration or even centrality of intermittent generation? Natural gas has seen a boon throughout the country—how comfortable are we in betting the future on its continued low cost ubiquity? Coal has always been available alongside nuclear on the grid as a reliable base-load backstop—can we take for granted that it will survive a new regulatory environment through a series of technological miracles? Taking control of the grid through the large-scale storage of power would revolutionize our relationship with electricity and should be relentlessly pursued—but what if our technology can not deliver by the time we need it?

We are optimists about our country’s energy future. We are also realists. This book is about the nuclear situation today. But it is a mistake to compare the known challenges of the present with the pristine potential of the new. If one was to describe a new power-generating technology with almost no pollution, practically limitless fuel supplies, reliable operations, scalable, and statistically far safer than existing alternatives, it would understandably sound like a miracle. Our energy needs would be solved. No wonder the early America advocates of nuclear fission were so excited. Experienced reality is always more complicated, of course. We should bring to bear this country’s best minds and technologies to navigate that process responsibly. We have been through a roller coaster on energy in this country that is not likely to stop. New challenges will emerge, as will new opportunities.

It is far too early to take nuclear off the table.