Populist proposals to regulate the banking industry will leave consumers with higher rates and fees, and a less competitive financial industry. 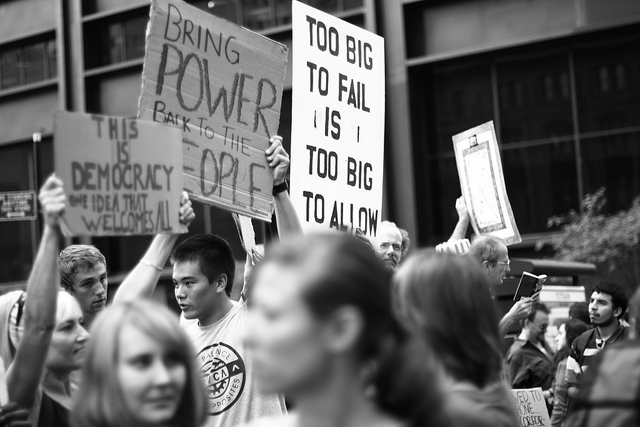 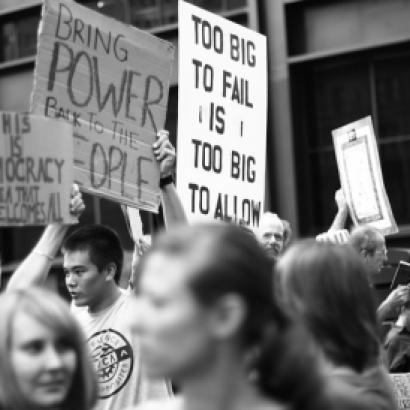 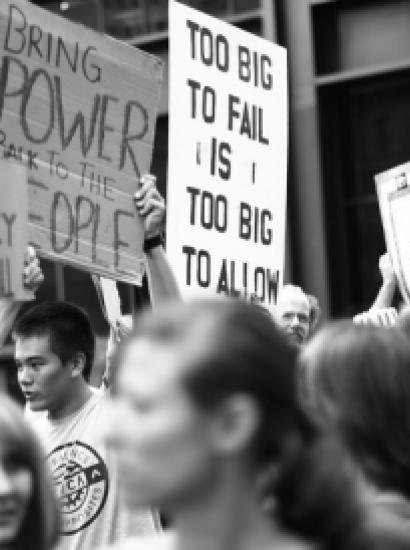 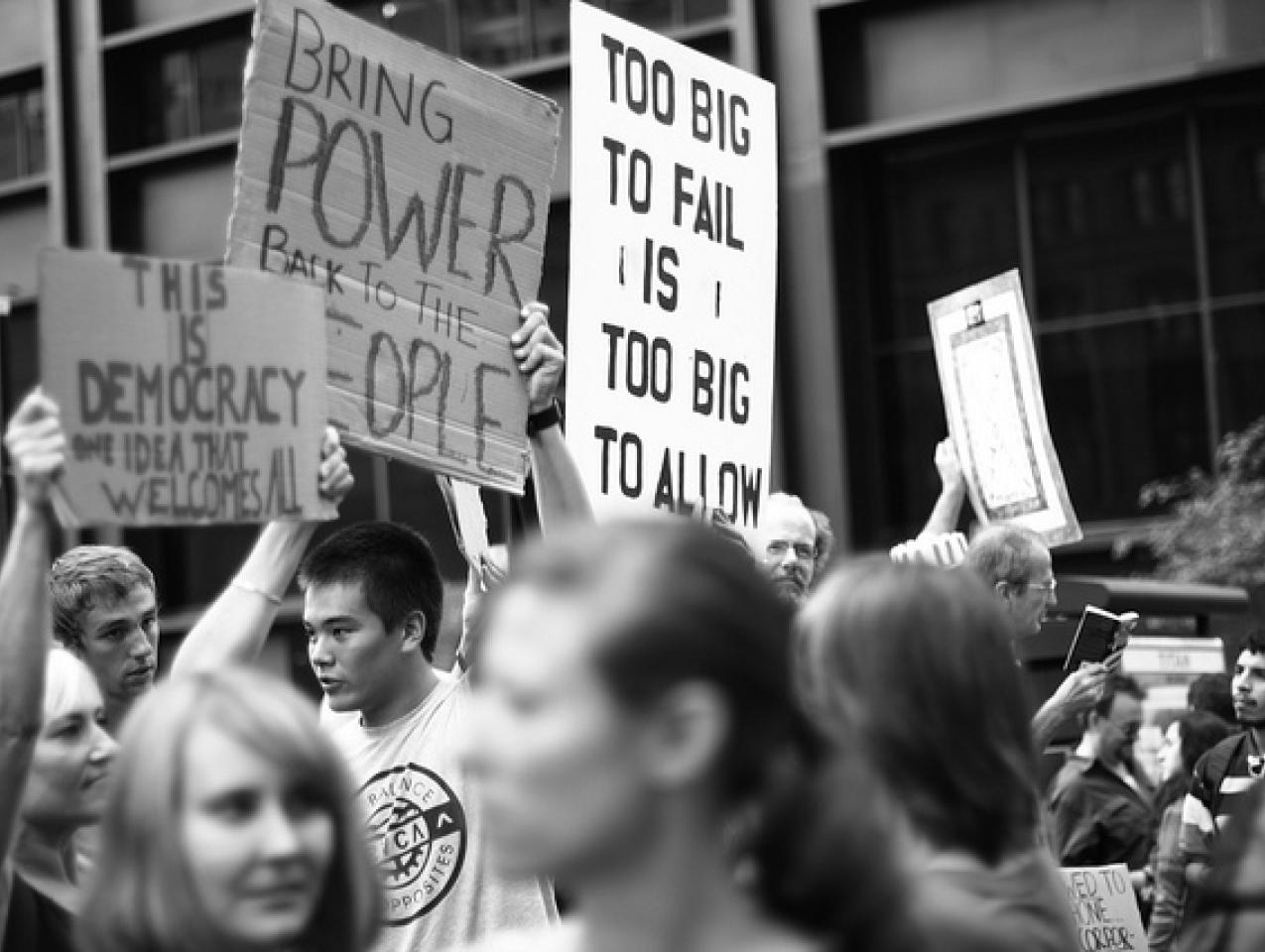 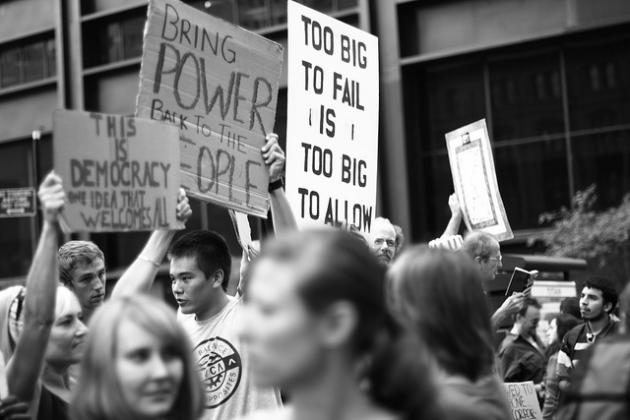 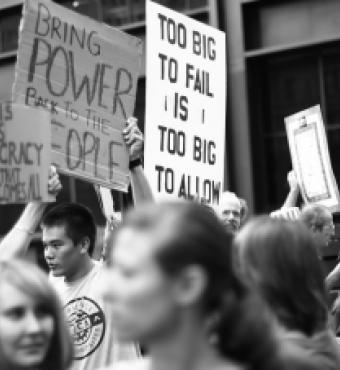 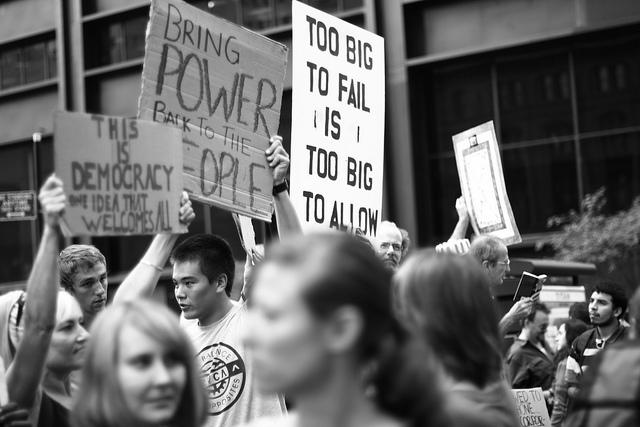 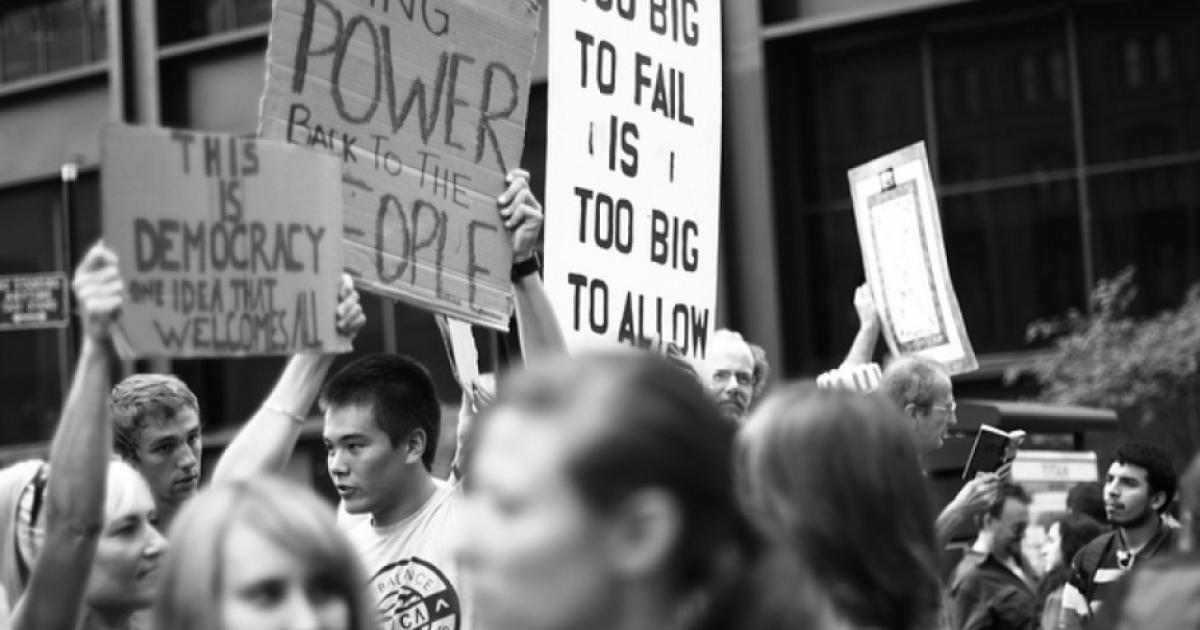 People loathe bankers. A comprehensive three-year study by brand consultant Scratch found that 71% of those polled would rather go to the dentist than “listen to what their bankers are saying.” Massachusetts Senator Elizabeth Warren is reported to have a “lifetime conviction that banks are out to trick and cheat.”

The latest dangerous plan to punish banks for, well, for being banks, comes from Israel. Moshe Kahlon, the Minister of Finance and Karnit Flug, the Governor of the Central Bank of Israel, have created a “Committee on increasing Competitiveness in Common Banking and Financial Services” to shake up the banking industry there. A key part of their plan is separating and perhaps banning Israeli banks from the credit card business.

The problem with the popular animosity towards banks is that politicians respond opportunistically to it in ways that do serious harm to the economy and thus to the very populations to whom they are pandering. The hatred of banks provides an opportunity for politicians to get favorable publicity and to promote their careers by proposing legislation that hurts banks. But reality conflicts with emotion. The credit card businesses of Bank Hapoalim and Bank Leumi accounted for almost 15% of each bank’s net revenue in 2014. It is highly implausible to think that stripping banks of core competitive businesses will lower fees and rates.

Countries such as Australia, Canada, and Israel, which have large banks that integrate banking and investment banking businesses, weathered the financial crisis far better than European or U.S. banks, where those businesses are separated. Nevertheless, measures that would increase the riskiness of banks by limiting the breadth and hence the diversity of their businesses are on the table in many corners of the world, including the U.S. and Israel.

Appeasing the populist outrage at banks is emotionally satisfying, but it generally leads to higher prices for banking services and products as banks’ costs rise to cope with the ever-increasing onslaught of litigation and regulation. It also leads to greater risk as regulations curtailing banks’ activities make diversification difficult. Right now, presidential candidates on the left are trying to out-flank one another by suggesting ever-more onerous regulations of banks. Bernie Sanders advocates bringing back Glass-Steagall, while Hillary Clinton upped the regulatory ante, asserting that doing so “is a part of what very well could help but it is nowhere near enough.”

The proposal in Israel to strip banks of their credit card businesses is particularly strange in light of the fact that Israeli credit card fees are very competitive. For example, in 2014, the average annual interest rate on credit card balances in the United States was 15%. In the United Kingdom, the rate was 18%. Examination of the balance sheets of the three credit card companies in Israel shows that Israelis paid, on average, a rate of 8.2% in 2014.

Stanley Fisher, when he was Governor of the Central Bank of Israel, observed that the government’s own research indicated that separating banking and credit cards would increase prices for consumers and weaken banks not only by lowering profitability but also by making diversification more difficult to achieve. Worse, banks will have to find business lines to pursue if they are deprived of issuing credit cards. These businesses are likely to be less profitable and more risky, because if they were more profitable and less risky, rational banks would be pursuing them now

Israel is having its Glass-Steagall moment. To appease popular sentiment lawmakers are going to slice and dice the business of banking in ways that make banks less efficient and riskier. The proposal to separate credit cards from banks appeals to the same populist passions that attract U.S. politicians to bank bating. A lot of voters hate banks and nobody likes to pay credit card balances, or fees, or interest.

According to the Office of the Spokesperson and Economic Information of the Bank of Israel, the purpose of the proposed measures is to increase competition, but it does not. New competitors must be examined and approved by the Banking Supervision of the Bank of Israel, and even proposals that appear to improve competition, like those that will permit private equity firms to own credit card companies, are “anchored in legislation to require their separation from the banks.”

Empirical work has established that securities underwritten by bank securities affiliates, legal before the Glass-Steagall Act was passed in 1933, were safer, not riskier, than securities sold by stand-alone investment banks. There is no question that credit issued by stand-alone credit card companies will be riskier than credit issued by banks. This is because banks have significantly more and better information about their customers since people’s relationships with their banks will include information about past borrowing with that bank and information about such things as checking account balances, which makes banks highly efficient at identifying credit risk.

Competition is fierce in the banking industry, and it is getting fiercer every day, particularly if one looks at the increasing role played by technology companies in the markets traditionally served by banks.

Banks face competition for loans via peer-to-peer lending services such as Funding Circle, Lending Club, and Upstart. These are online marketplaces connecting borrowers and investors. Banks issuing credit cards will face increasingly fierce competition on rates even if these lenders do not offer credit cards because borrowers can pay off high interest credit card balances with low interest loans from peer-to-peer lenders. On the liability side of banks’ balance sheets, transaction account services for customers through PayPal, Google Wallet, Amazon, and Apple are putting competitive pressure on banks’ in the market to acquire deposits.

With technology as a catalyst, banks’ role in advanced market economies such as the U.S. and Israel inevitably will shrink. Banks will become more competitive or they will come to resemble the taxi cab industry in the age of Uber, Lyft, and Sidecar. These new technology competitors have caused drops of as much as 50 percent in the value of taxi medallions between 2013 and 2015.

Entrepreneurial politicians seek to identify and claim ownership of policies that will enhance their careers. They will ignore or remain ignorant of the economic effects of these proposals on the very constituencies to which they are pandering. The effects of more regulations on banks, including such radical notions as forcing banks to rid themselves of their credit card businesses, may give politicians a short-run boost. But constituents will be stuck with inefficiencies that will manifest themselves in the form of more severe credit restrictions, and higher fees and interest rates for the credit that is available, as well as greater weakness and instability in the financial system.

Letter to the Editor:

In his “Beware of Banking Animus” (Defining Ideas, Jan. 5), Professor Jonathan Macey claims that the Israeli proposal to divest its banks from credit card operations and from clearing is an expression of banking animus, “punishing banks for being banks.”

Monopolistic Israeli banks have played a destructive role in Israel’s history. These banks, with their rapacious practices and their political clout, which they use to hamper reform, are preventing a free market system from developing in Israel and badly aggravating Israel’s grave social and economic problems. Three times, they almost brought the Israeli economy to the verge of collapse, once when they manipulated their own shares and had to be bailed out by government and nationalized. Their anti-competitive behavior promotes inefficiency, and their political machinations and support for our monopoly-owning tycoons, who also own most of our media, forced Israeli workers to make do with extremely low wages. As a result, most families cannot make ends meet and many of our youth leave the country to our great peril.

Israel experienced fifty years of total domination of its society and economy (from 1920 to 1977) by radical Socialist parties. They nationalized most sectors of the Israeli economy, from natural resources to labor and capital, and launched a class war that almost destroyed Israel’s private sector. They used politics, education, the media, culture and the arts to infuse Israel with a Marxist ethos. Israelis consequently became hostile to capitalism. This anti-capitalist ethos is still perpetuated by our universities and is still dominant among our elites, including our business elites. It blocks pro-market reforms and the country’s growth.

Israelis are hostile to their banks because those banks extract huge monopoly rents by highly inflated commissions (relative to the risk involved). Their misallocation of most credit to cronies and political allies helped make the basic structure of the Israeli economy dysfunctional, encouraging the creation of pyramid style monopolies that barred entry to new enterprises and immensely inflated prices of all consumer goods and services. Wages average about $1,500 a month while most prices are far higher than in Manhattan.

The two outlying regions in Israel, where most of the poorest families live, are not developing because of a credit crunch created by the banks. They allocate most credit to cronies and deny credit to small- and medium-sized enterprises.

The two major banks in Israel, the Ha’poalim–Le’umi duopoly, control 60% of the sector and supply 92% of credit. No new bank has been established in Israel in 56 years and no foreign bank operates a branch in the country. Lack of competition makes these banks extremely inefficient. Their managers and workers are grossly overpaid and featherbedding is rampant. The public pays about 43 billion shekels a year for their wasteful practices.

In 2004, Nobel Laureate in Economics Professor Friedman wrote to Prime Minister Ariel Sharon to congratulate him on his support for financial markets reforms that our pro-market policy center, The Israel Center for Social and Economic Progress, helped initiate. These reforms broke the major Israeli bank duopoly of Ha’poalim and Le’umi.

Prof. Friedman concluded: “Israel needs a competitive financial structure. It needs a structure that is favorable to private enterprise and initiative, both in banking and elsewhere, not one that is rigid and monopolistic, a system that can free up the economy by introducing effective competition, that can help provide short-run stimulus and long term growth.”

The reforms now being considered in Israel propose the divesting of credit card companies from the major banks and allowing them infant protection for four years. Israel still desperately needs such reforms to ensure competition in the financial sector. Reformers are fulfilling a most vital task. They are not just “punishing the banks for being banks.”

Mr. Doron is the director of the Israel Center for Social and Economic Progress