In May, the White House ordered America’s intelligence agencies to deliver a report on COVID-19’s origins within 90 days. And when the inconclusive findings came out last month, the Chinese Communist Party (CCP) accelerated its big lie of the pandemic: that the virus originated not in Wuhan, but at the U.S. Army base at Fort Detrick, Maryland. 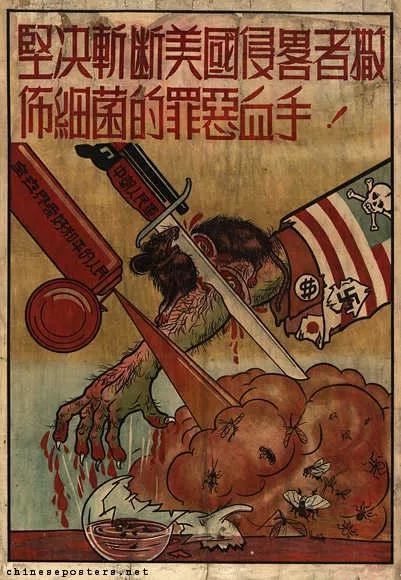 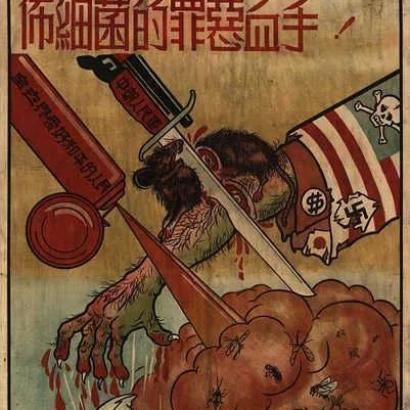 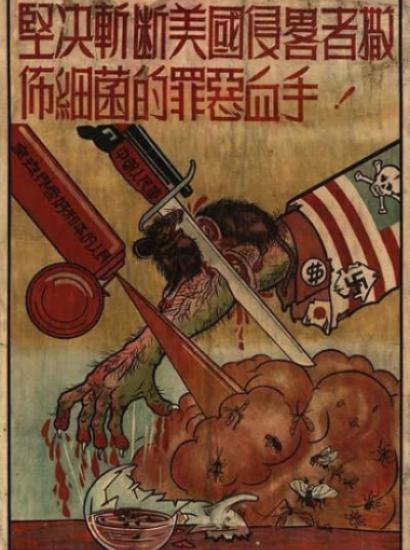 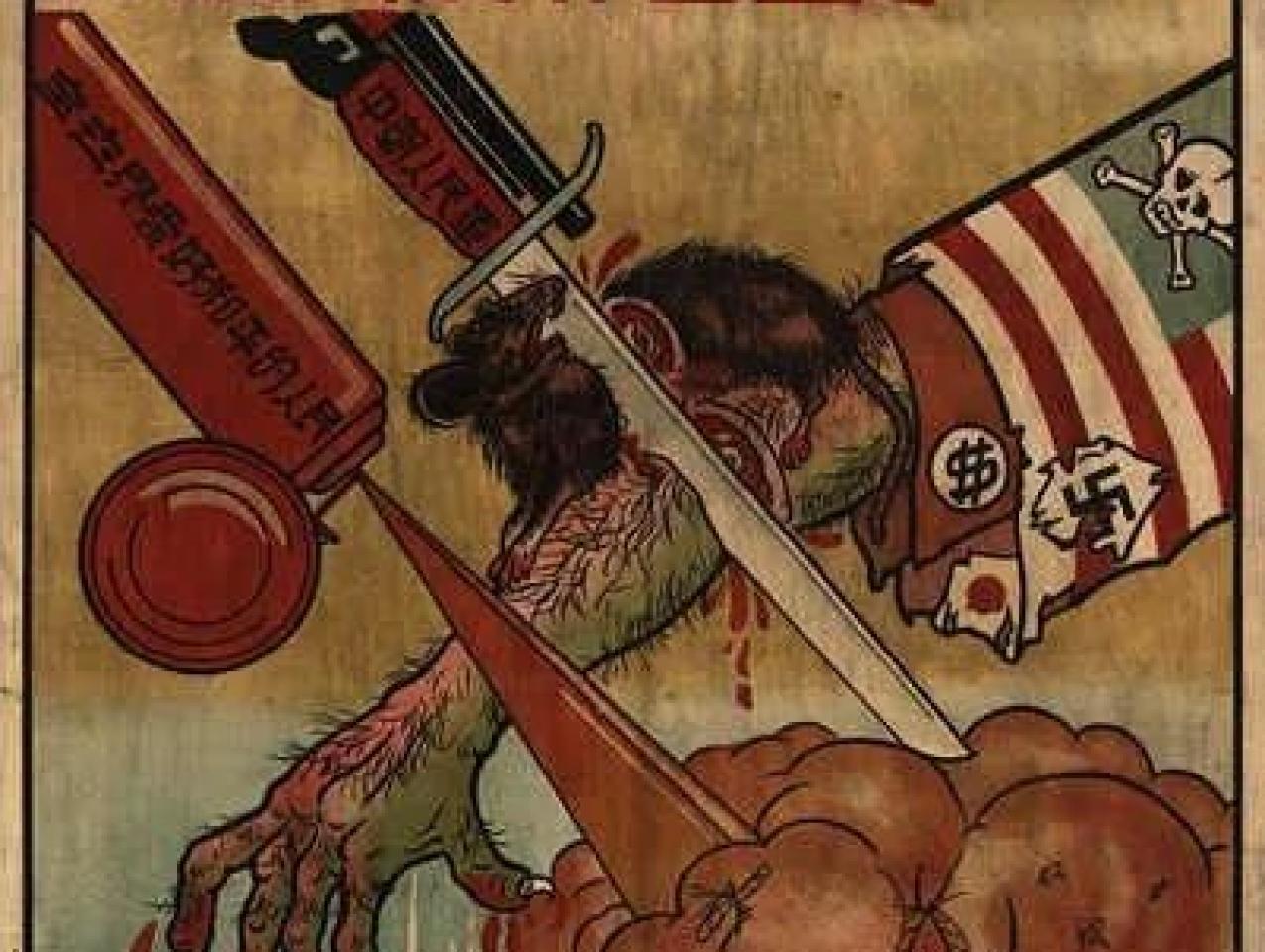 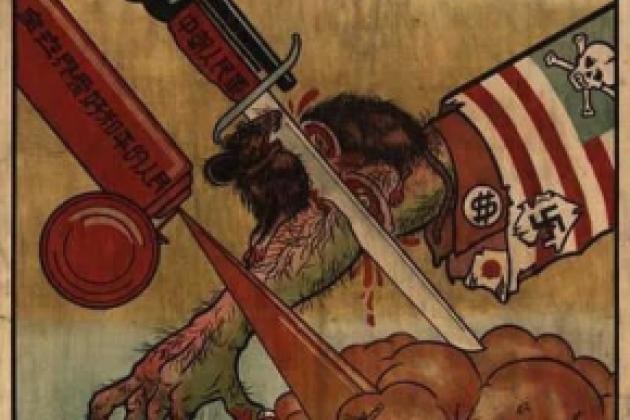 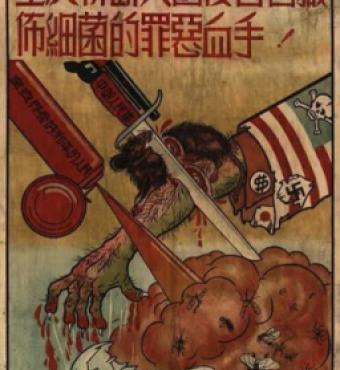 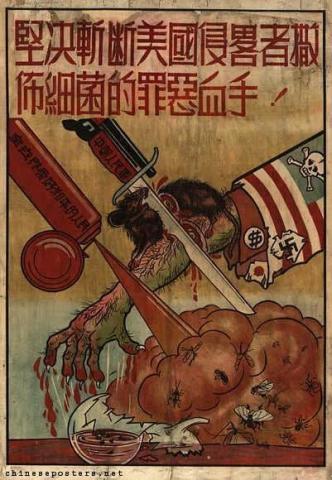 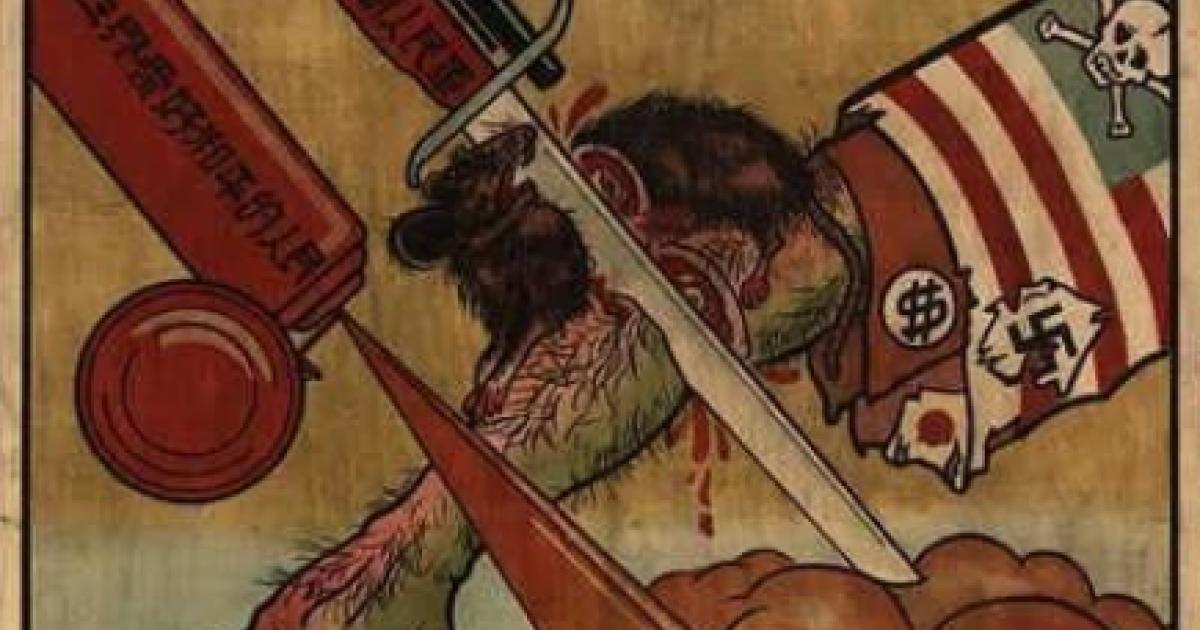 In May, the White House ordered America’s intelligence agencies to deliver a report on COVID-19’s origins within 90 days. And when the inconclusive findings came out last month, the Chinese Communist Party (CCP) accelerated its big lie of the pandemic: that the virus originated not in Wuhan, but at the U.S. Army base at Fort Detrick, Maryland. This isn’t the first time that the CCP has weaponized disinformation in its Leninist struggle against the West. In an infamous case just three years after coming to power, the Party also accused the U.S. military of being behind a biological attack. It was 1952, and the American military and Chinese People’s Volunteer Army were engaged in combat during the Korean War.

On January 29 of that year, a routine field intelligence report from the 42nd Corps of the Chinese communist forces in Korea reached headquarters. The report informed commanders of the discovery of house fleas, flies, and spider-like crickets in a small snow-covered plot of land near the 38th parallel, which the U.S. Air Force had overflown the day before.

Rather than accept that the incident was a fairly typical insect infestation, the CCP high command, both in Korea and in Beijing, seized on it as indisputable evidence of U.S. imperialists having launched biological weapons in what was supposed to be a conventional war. Mao Zedong, his Premier Zhou Enlai, and Peng Dehuai, the commander-in-chief of all Chinese forces in Korea, leapt into action, orchestrating an elaborate campaign of lies with the help of Joseph Stalin and Kim Il-sung.

Today, Beijing ships hundreds of millions of doses of vaccines of questionable quality all over the world to try to restore its reputation. In 1952, after the alleged American atrocity, the CCP shipped millions of doses of plague vaccine to Korea. Moscow, Beijing, and Pyongyang dialed up their propaganda to the maximum, denouncing the American imperialists’ alleged callousness and criminality. Mao escalated the lies, and Stalin bought Mao’s claim without any hesitation when on February 21, 1952, Mao cabled the Kremlin that the Americans had also dropped biological weapons far beyond the Yalu, deep into the People’s Republic of China.

The CCP’s disinformation campaign continued in elaborate detail for months. On March 8, Zhou Enlai announced, “Since they first launched a large-scale biological war in Korea on January 28 1952, the American aggressors have, between February 29 and March 5, deployed 68 air maneuvers, totaling 448 sorties to invade the Chinese air space and dropped an enormous quantity of bacteria-carrying insects.” All lies.

But Zhou’s mendacity went on. He said, “In order to achieve its goal of expanding the Korean War and undermining the peace of the Far East and the world, the U.S. government not only used bacterial weapons that are absolutely forbidden by international conventions and human morality against the peaceful people, but also expanded this crime. For the peaceful people of Northeast China, they also use this illegal germ weapon to carry out barbaric provocations. The Chinese people will absolutely not tolerate such brutal acts by the US government that blatantly violate international conventions and violate humanity.”

The communist bloc bought the lies hook, line, and sinker. Tens of millions demonstrated against the alleged American biological attack. The Soviet ambassador to the United Nations echoed his comrades in Beijing, and he “gravely” condemned the alleged U.S. uses of biological weapons in Korea.

Of course, the American government was outraged by this lunacy. Washington denied the allegation categorically. Secretary of State Dean Acheson attempted to call Beijing’s bluff, demanding the International Red Cross (IRC) and the World Health Organization (WHO) launch an immediate investigation in Korea and China into the communist allegations. In a move familiar to observers of the Party’s actions over the last two years, Beijing rejected the IRC’s and WHO’s repeated requests to allow investigators to go to Korea and China to find out the truth.

Instead of cooperating, Beijing’s disinformation campaign went global. The Party mobilized its army of Western fellow-travelers in the academic, legal, and scientific fields and conducted its own “investigations.” The Paris-based communist-controlled International Association of Democratic Lawyers and the International Scientific Commission for the Facts Concerning Bacterial Warfare, sponsored by the communist front organization the World Peace Council, all quickly and conveniently confirmed the Chinese allegations and ritualistically condemned the American imperialists, without science and without conscience.

Perhaps most disturbingly, the CCP paraded 25 American POWs and published their “confessions” that they had conducted biological warfare in Korea. When the POWS were eventually released, all of them later recanted their statements. It turned out that they had been made under torture and mental duress.

But the most powerful admission of this calumny against the U.S. military emerged four decades later. The medical and health chief of the Chinese forces in Korea, Wu Zhili (吴之理), the very person in charge of investigating the American use of biological weapons in Korea, wrote a detailed account of the entire fabrication in 1997. Wu recorded his recollections at age 83, and they were published posthumously in the Beijing-based journal Yanhuang Chunqiu in November 2013. The entire editorial staff of the journal has since been purged.

Wu’s memory was unequivocal, however: “It’s been 44 years since the armistice of the Korean War, yet we should ask about the worldwide sensation of 1952: how indisputable is the claim of the American imperialists’ use of bacterial war? My answer: This was a case of false alarm.” Wu provided minute details of how this big lie was made and who was involved.

When Wu and his team—charged with investigating whether or not the Americans had used biological weapons—had been summoned to report in person their inability to find any credible evidence of the allegation to Peng Dehuai, the commander-in-chief of the Chinese forces in Korea, Peng became enraged. He exclaimed to Wu and his staff, “Our health chief is an American imperialist spy and speaks on behalf of the enemy! With him in charge, how can our troops’ health be guaranteed?”

One senior North Korean officer at Wu’s briefing intimated to Wu that he thought Wu would be quickly executed by Peng. What might have saved Wu’s life was a phone call that same day after Peng’s outburst from the Soviet Chief of Staff at Peng’s HQ, who said Stalin wanted to know if there was really a bacterial war going on in Korea. Wu replied, “Go ask Commander-in-Chief Peng,” and hung up. Wu was scared into submission, and carried on the fabrication in the months to come.

Eventually, these lies proved too embarrassing even for the Kremlin. After Stalin’s death in March 1953, the new Soviet leadership reviewed the record and decided that there was no truth to the CCP’s claims that the U.S. had ever used biological weapons during the Korean War. On May 22, 1953, the Presidium of the USSR Council of Ministers passed a resolution, which was directly sent to Mao Zedong in Beijing: “The Soviet government and the Central Committee of the CPSU were misled. The spread in the press of information about the use by the Americans of bacteriological weapons in Korea was based on false information. The accusations against the Americans were fictitious…Soviet workers responsible for participation in the fabrication of the so-called ‘proof’ of the use of bacteriological weapons will receive severe punishment.”

After being rebuked by the Kremlin for the embarrassing fake claim, Mao and Zhou began to act as if it was their subordinates who had misled them. Zhou asked Peng’s Chief of Staff General Huang Kecheng and Peng’s deputy General Hong Xuezhi, “Did you guys fake the whole thing?” Hong replied, “Yes, we did. But we would not be able to answer the order from above if we didn’t fake it.”

The CCP’s lies today about Fort Detrick are the latest displays of the Party’s long-running history of Leninist disinformation. They’re part of General Secretary Xi Jinping’s “people’s war” against the U.S.-led international campaign calling for an independent investigation into the origins and coverup of the COVID-19 outbreak in Wuhan, China. The Party’s main propaganda outlets such as Xinhua, the People’s Daily, and its top government spokespeople blame a little-known Maryland U.S. Army fort without evidence, without fear, and once again, without conscience.

Sadly, the Party also once again has Western fellow travelers eager to play along. In the immediate aftermath of the COVID-19 outbreak, an alarming number of woke intellectuals and scientists in the West parroted the CCP’s lies and tried to preempt an independent, transparent international query into the origin of the virus. They unscientifically offered categorical denials of any possibility of a lab origin. More tellingly, much like the mass mobilization campaign during the Korean War, the communist government in Beijing has engineered a bogus national petition drive aimed at pressuring the WHO to launch an investigation not into the Wuhan Institute of Virology, but into Fort Detrick. By mid-August, the regime had collected more than 25 million signatures in China.

In its modern COVID-19 disinformation campaign, the Party has called up the ghost of the Korean war bacterial weapons hoax. In their coverage of the pandemic, state media outlets are resurrecting the now demonstrably false accusations that the U.S. military used biological weapons during the Korean War. Some lies never die.

Lenin said that the presence of the enemy is constant, so the struggle must be eternal. Mao’s successors have proven to be faithful followers of the great, false Russian proletarian prophet.