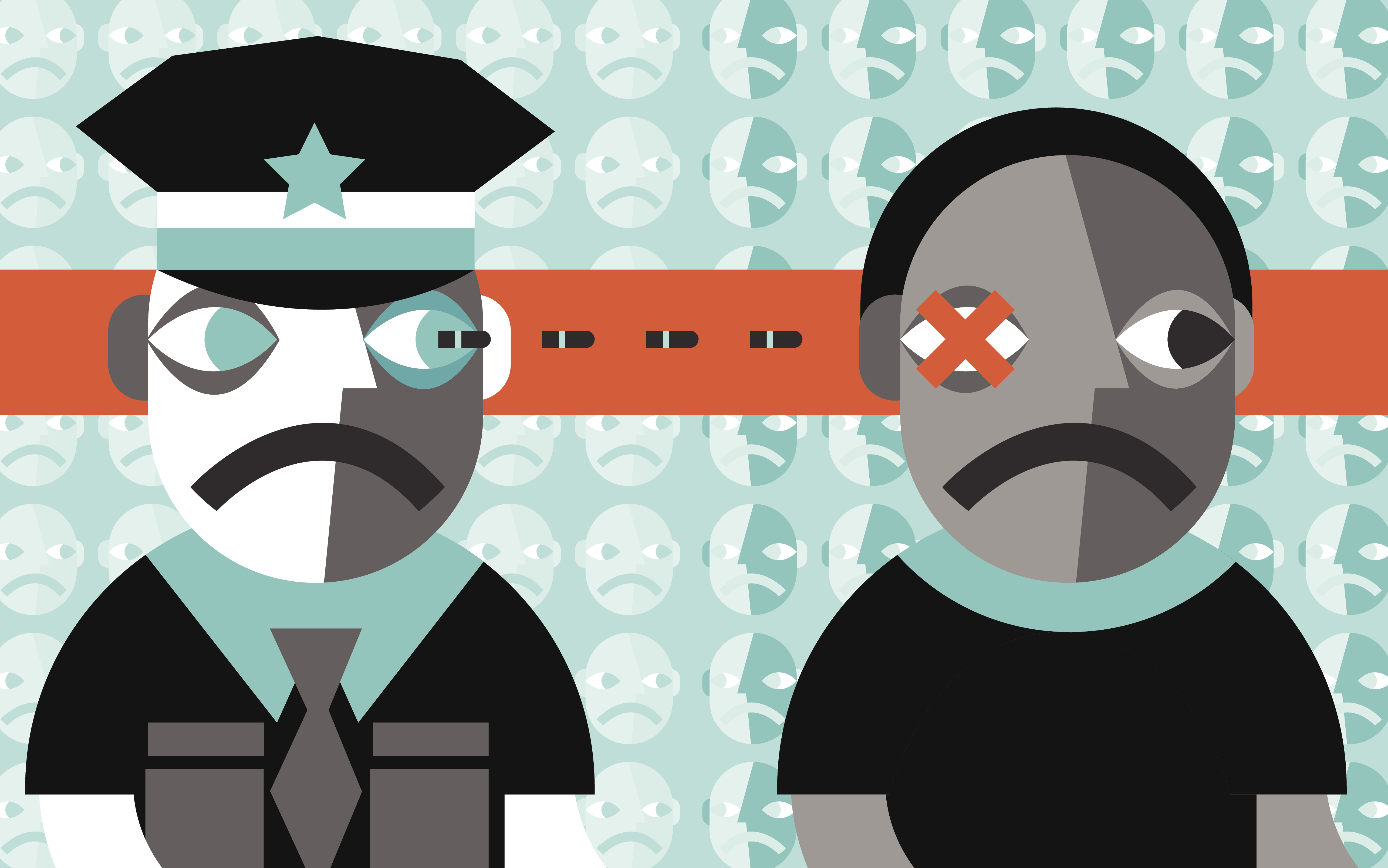 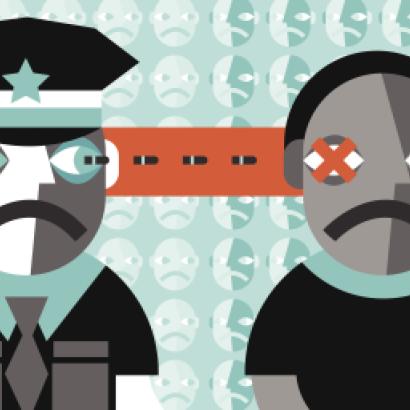 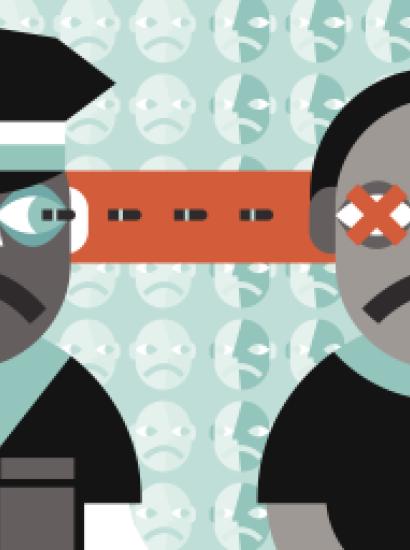 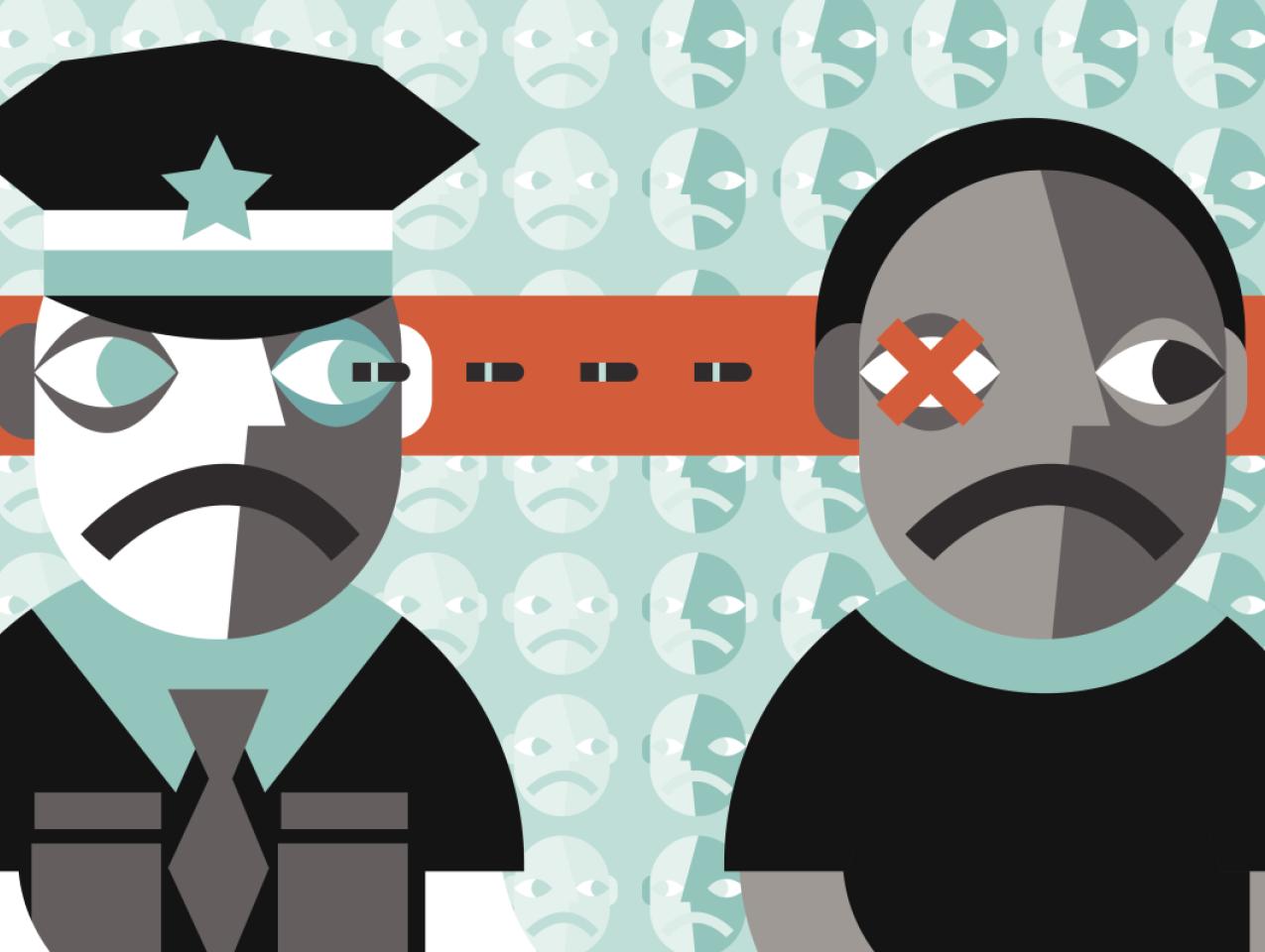 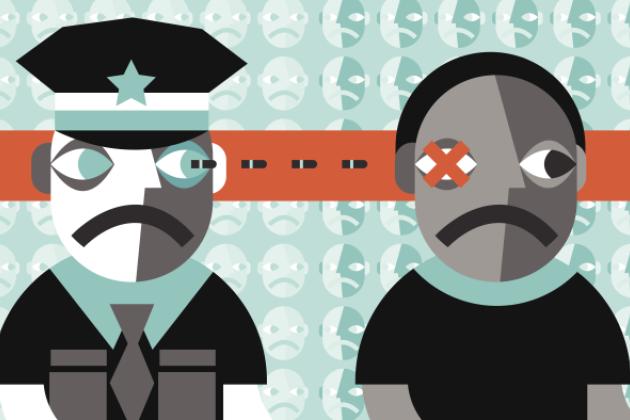 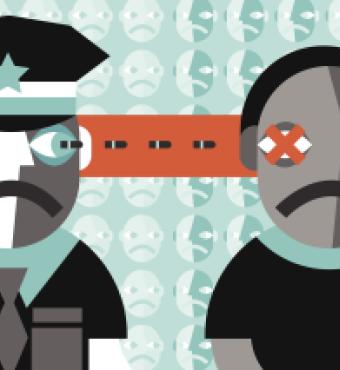 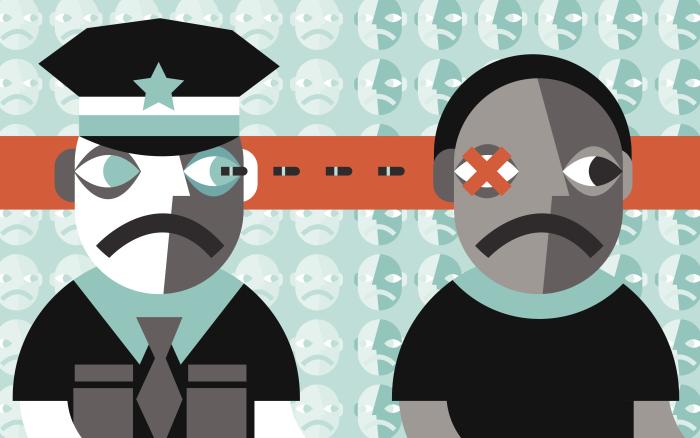 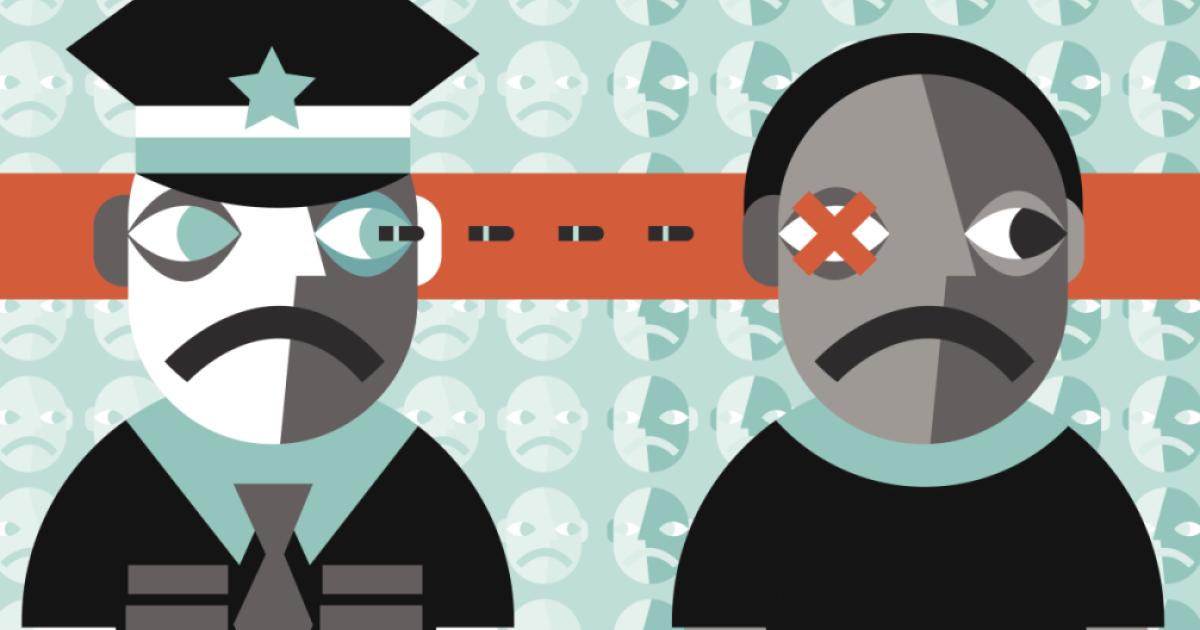 Like many people, I was repulsed by watching Minneapolis policeman Derek Chauvin asphyxiate George Floyd in broad daylight. This murder has led to many protests. It has also led many people to go beyond the issue of police brutality and think about what policies would help us act on the principle that black lives do indeed matter. Some obvious low-hanging fruit is to end the drug war, which, even on other grounds, should be ended. Beyond that, what can an economist say about how to help black Americans?

Quite a lot, it turns out. One of the main ways is to recognize that black livelihoods matter.

That typically means having a decent car, a house or apartment, and some discretionary income to spend on clothes, trips and restaurant meals. To get those things, you typically need more than a minimum-wage job. To get such a job, you need two things: some skills; and few or no barriers that limit your ability to apply those skills. Although people have choices about getting skills, governments often have large negative effects on the acquisition of skills and can impose barriers that limit people’s ability to apply those skills. A sure way to make many black people better off is to get rid of the government restrictions that make acquisition of skills more difficult as well as the government barriers that prevent people from exercising those skills.

Three top targets for abolition are the minimum wage, occupational licensing, and other business licensing. Also, a way to make a good living easier to acquire is to allow more production of some of the components of a good living. One important component is housing; ending the restrictions on building houses would cause a massive increase in building, bringing with it a large reduction in the housing prices.

One of the most tragic regulations ever imposed on black people in the United States in the 20th century was the federal minimum wage, which Franklin D. Roosevelt’s administration introduced in 1938. Why tragic? Because a requirement that an employer pay a minimum wage makes it less likely that he will hire an unskilled or low-skilled worker in the first place. Remember that a minimum wage law does not guarantee a job. All it does is guarantee that if the employer offers a job, he is legally required to pay the minimum wage. To get the job, therefore, a potential employee must have enough skill to produce an output worth at least what the employer pays in wages, payroll taxes, and benefits.

Economists who studied employment and unemployment data early on found that one of the groups hardest hit by the minimum wage was black people. In his 1944 classic, An American Dilemma: The Negro Problem and Modern Democracy, social-democrat economist Gunnar Myrdal, who was later co-winner of the 1974 Nobel Prize in economics, pointed out the harmful consequences. Myrdal wrote, “When government steps in to regulate labor conditions and to enforce minimum standards, it takes away nearly all that is left of the old labor monopoly in the ‘Negro jobs.’”

Economists often discuss the harmful effects of the minimum wage as an “unintended consequence.” In fact the effects were intended. Even as late as 1957, when U.S. Senators could get away with being openly racist, Senator John F. Kennedy (D-MA), at a hearing on the minimum wage, argued for increasing the minimum wage to protect white workers in the North from competition with black workers in the South. He stated:

Of course, having on the market a rather large source of cheap labor depresses wages outside of that group, too—the wages of the white worker who has to compete. And when an employer can substitute a colored worker at a lower wage—and there are, as you pointed out, these hundreds of thousands looking for decent work—it affects the whole wage structure of an area, doesn’t it?

While Myrdal was discussing the minimum wage’s effects on black people in general, his argument applies even more strongly to black youths. On average, black youths are less productive than middle-age blacks and somewhat less productive than white youths. Economists are not quite sure why that is. My guess it that an important source of the difference is that a much higher percent of blacks than of whites are raised without a father present.

So the minimum wage makes it harder than otherwise for a black youth to get that all-important first job. Why is the first job so important? Because it gives the worker a chance to acquire basic skills. One such basic skill is showing up on time. You might think this is basic. It is, and that’s the point. In the summer of 1967, when I was 16, I had a job paying just above the minimum wage at a resort in Minaki, Ontario. I did the job well but I had one main problem: I didn’t show up in time. After I was late for three days in a row, Chef Rudy told me that if the next day I didn’t show up promptly at 8:00 a.m., I shouldn’t bother coming because I wouldn’t have a job. Do you think I showed up on time the next day? I sure did. And I was never late again.

Another way you acquire skills on a low-wage job is by learning on the job—by observation or by practice, or by others training you. One sometimes hears about low-wage jobs being “dead-end jobs.” But the jobs are typically a stepping stone to higher-skilled jobs with higher wages. Ironically, if the government imposes a high minimum wage, it can cause employers to make low-wage jobs into somewhat higher-wage dead-end jobs because the higher minimum wage makes it difficult for employers to take time to train someone on the job. If the time taken by employers to train plus the minimum wage plus benefits all exceed the worker’s productivity, something has to give. What sometimes gives is training.

Interestingly, the Economic Policy Institute, an organization in Washington that gets a large amount of its funding from labor unions, admits this tradeoff. In a July 21, 2009 fact sheet supporting the July 2009 increase in the minimum wage, the EPI stated, “employers may be able to absorb some of the costs of a wage increase through higher productivity, lower recruiting and training costs, decreased absenteeism, and increased worker morale.” How would an employer reduce training costs? Reduce training.

The good news is that the federal minimum wage has been stuck at $7.25 an hour since 2009. The further good news is that inflation has eroded its real value and diminished its harmful impact. Many state governments, however, have set their minimum wage above, and often well above, $7.25 an hour. If it were doubled to $15 an hour, as Democratic president candidate Joe Biden and most Congressional Democrats favor, look out. In low-wage states such as Alabama, such an increase would have devastating effects on the employment prospects of black youths.

Another factor that hampers black and white people’s attempts to increase their income is occupational licensing. Last year, on this site, I wrote:

In the early 1950s, according to labor economists Morris Kleiner, a professor at the University of Minnesota’s Humphrey School of Public Affairs, and Alan Krueger, who, before his recent death, was a professor at Princeton, “less than 5 percent of the U.S. work force was in occupations covered by licensing laws at the state level.” By 2000, they found, that number had risen to at least 20 percent.

A graph on occupational licensing done by Veronique de Rugy and Rizqi Rachmat for George Mason University’s Mercatus Center shows 14 occupations that low-income people often engage in for which workers must spend an average of 50 to 1,500 days either getting educated or getting experience. The number of states imposing requirements for all these occupations ranges from 47 to 50 plus the District of Columbia.

One of the most pernicious occupational regulations is for hair braiding, an area in which producers and consumers alike are disproportionately black women. Sixteen state governments require hair braiders to get a cosmetology license. The process involves no chemicals. Can you guess one of the most important things one learns to get a cosmetology license? The proper use of chemicals.

You might think the main reason for occupational licensing is to protect consumers. But that view comes up against an inconvenient fact: virtually all of the push for licensing occupations comes from existing practitioners with nary a word from consumers. That makes sense. Occupational licensing limits competition and consumers tend to like competition. Kleiner and Krueger found that “licensing is associated with about 14 percent higher wages.” Those higher wages reflect a reduction in supply, which necessarily leads to higher prices.

One other kind of licensing hurts people with little capital to start a business, a group that includes a lot of blacks and Latinos. That is licensing of street vendors and food carts. As economist Steven Horwitz pointed out in a 2015 study, the governments of New York City, Chicago, and Philadelphia all have tough regulations on street vendors. Chicago’s government, for example, insists that street vendors get a special license to prepare food. It also prohibits them from being less than 200 feet from a brick-and-mortar restaurant. I wonder why.

A hopeful note: In 2012, when my California State Assemblyman, Bill Monning, introduced a bill requiring food trucks to park at least 1,500 feet from any school during school hours, he faced enormous opposition. The bill would have banned food trucks in 80 percent of San Francisco. Monning, now a State Senator, relented and withdrew his bill.

A major component of a decent living, as I stated above is housing. House prices in New York City, Los Angeles, San Francisco, Boston and San Diego, make it very difficult for middle-class people to rent or buy and virtually impossible for lower-income people. You might think that’s because land in those areas is so scarce. But as economists Edward Glaeser of Harvard and Josephy Gyourko of the University of Pennsylvania have shown using a clever but simple methodology, the relevant scarcity is not of land but of building permits. If land scarcity were the binding constraint in expensive cities, they argued, then two houses that are basically the same and in the same area but differ only by the amount of land they’re on should have radically different prices. Glaeser and Gyourko show that a house with twice the amount of land but only one house allowed sells for only a tiny bit more than the house with less land. Radical deregulation to allow more building would bring housing prices down substantially. Wouldn’t it be refreshing if lower-income people, among whom blacks are disproportionately represented, could once again live in these cities?

Another way to make black people better off is to allow more of them to send their children to charter schools, where they can typically get a better education at a lower cost to taxpayers. A 2018 University of Arkansas study found that the funding per pupil at charter schools in 2015-16 was a whopping $5,828—or 29 percent—less than the average funding per pupil at traditional public schools. Allowing more charters, which many state governments have limited, would be a win-win for black children and taxpayers.

Notice what all my proposals for helping black people have in common. All involve deregulation, all would expand the U.S. economy, and some would actually save the government some money. That’s win-win-win.