The California Department of Education (CDE) voted to adopt the fourth version of an ethnic studies curriculum after four years, three previous versions, and more than 100,000 objections. The reason for so many objections? The curriculum continues to be founded on critical race theory (CRT), which is the view that our legal, economic, and social institutions are inherently racist and are exploited by some Whites to retain their dominance by oppressing and marginalizing others. 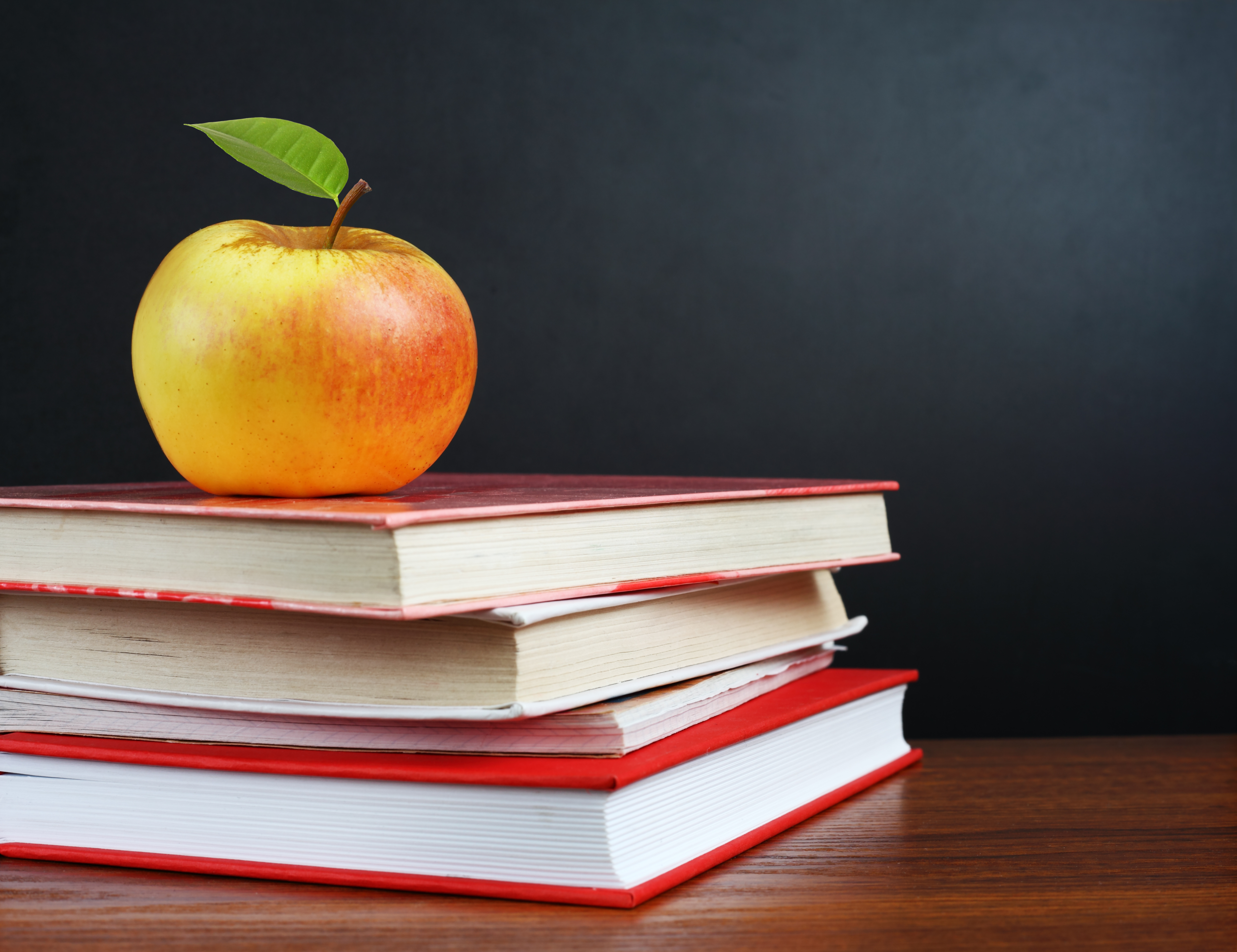 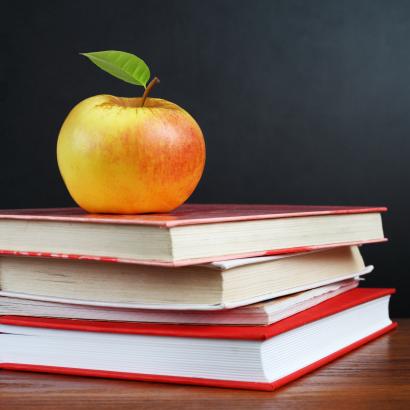 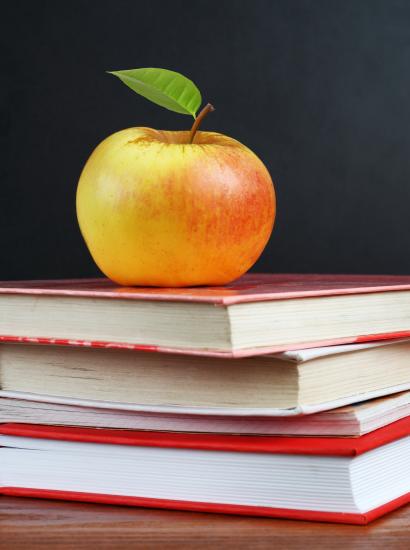 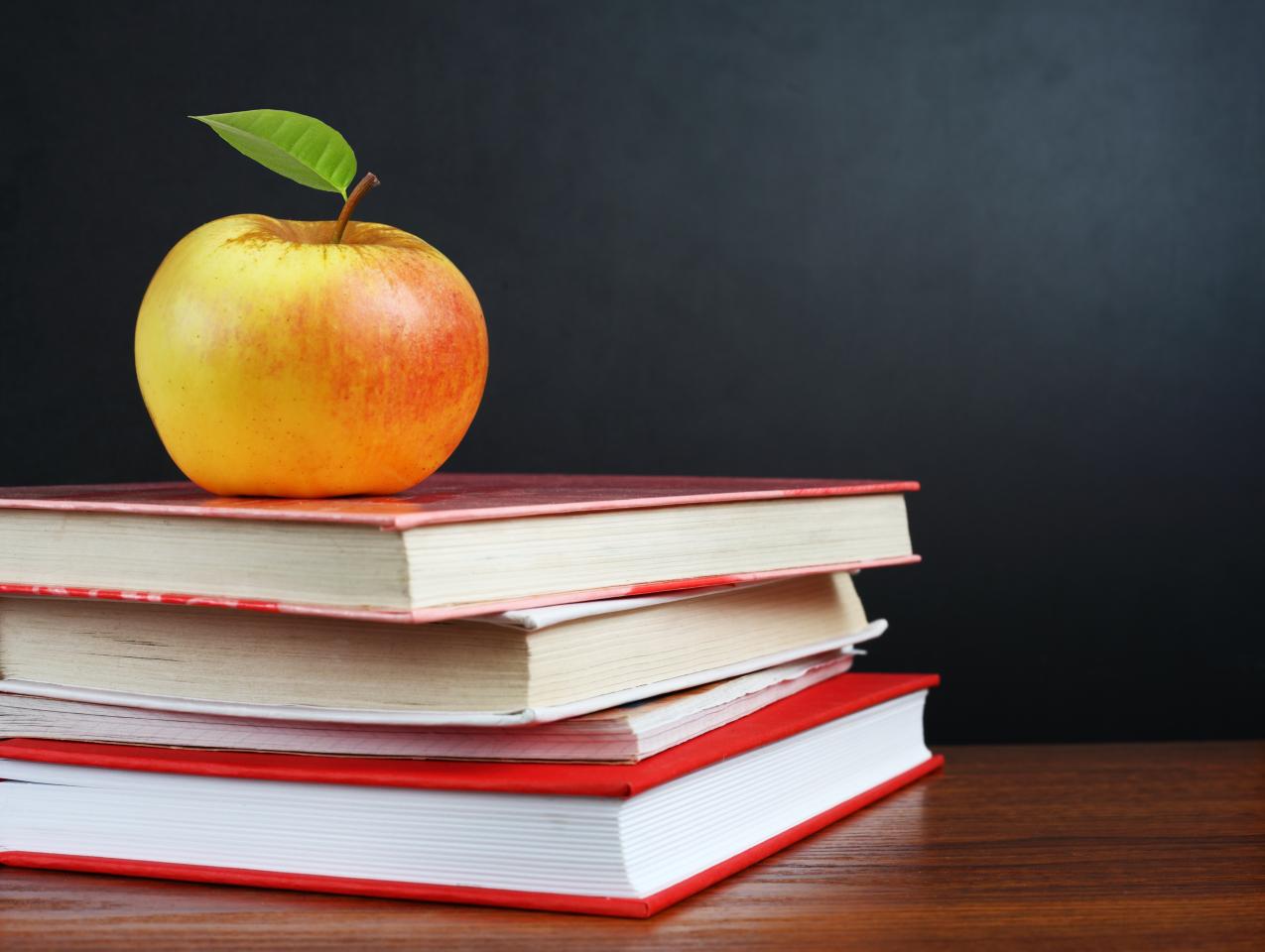 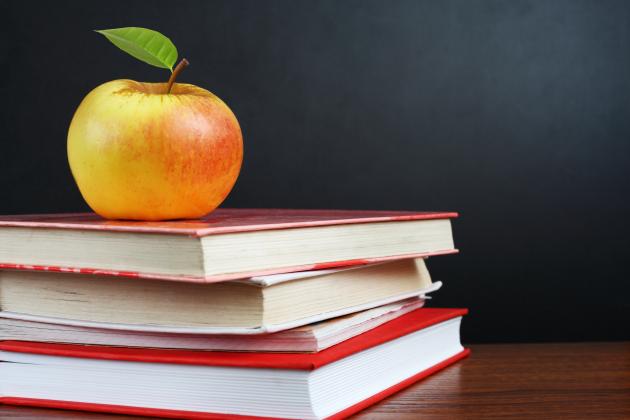 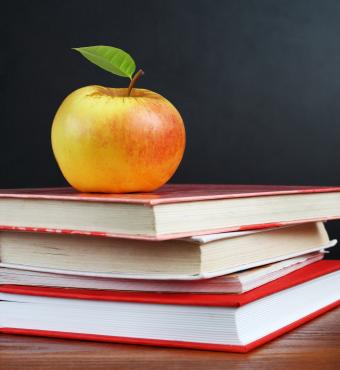 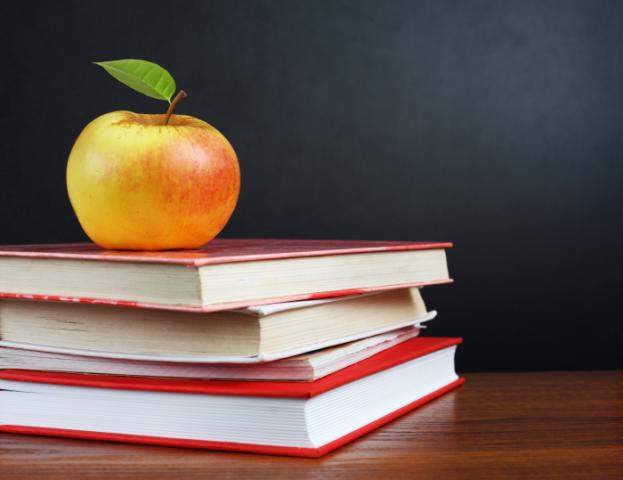 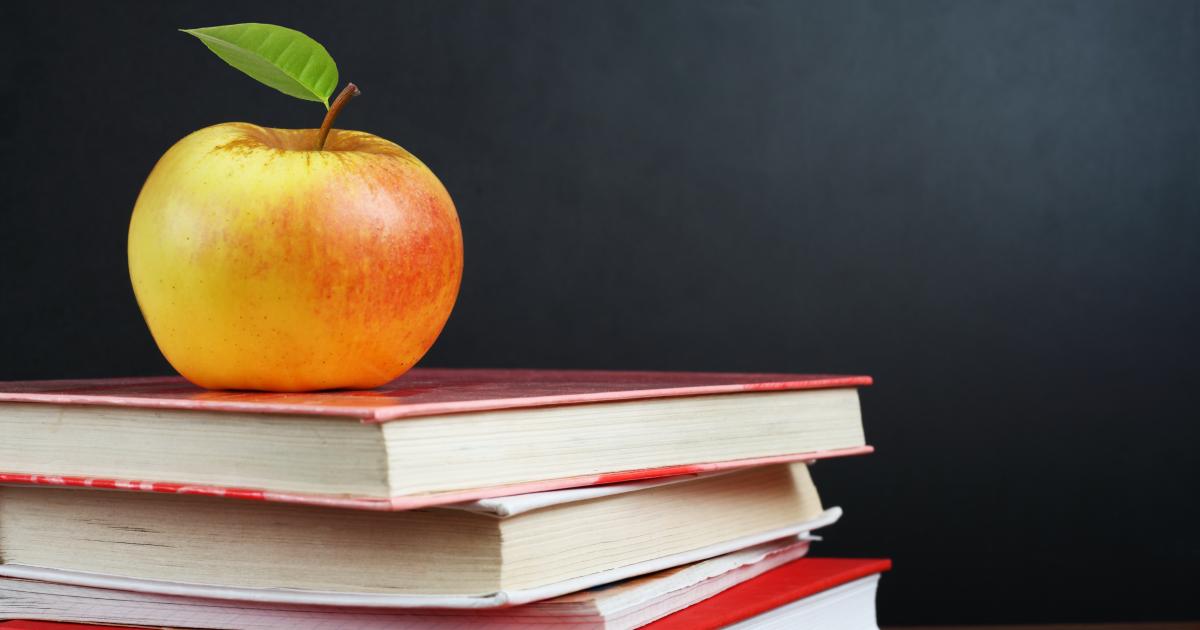 The California Department of Education (CDE) voted to adopt the fourth version of an ethnic studies curriculum after four years, three previous versions, and more than 100,000 objections. The reason for so many objections? The curriculum continues to be founded on critical race theory (CRT), which is the view that our legal, economic, and social institutions are inherently racist and are exploited by some Whites to retain their dominance by oppressing and marginalizing others. The CRT-focused curriculum will foster divisions among students and will almost certainly not improve learning outcomes, as advertised by its proponents.

The focus on critical race theory has been severely denounced, including by the editorial staff at the Los Angeles Times and implicitly by California governor Gavin Newsom, who vetoed the second version of the curriculum. This led to the watering down of CRT over each successive revision to the point that the critical race advisors to the curriculum resigned after the second revision, complaining that—you guessed it—racist and White supremacist organizations were trying to hijack their turf.

These members wrote: “We urge the CDE not to give in to the pressures and influences of white supremacist, right wing, conservatives (‘Alliance for Constructive Ethnic Studies’, ‘Educators for Excellence in Ethnic Studies’, Hoover Institute [sic], etc.) and multiculturalist, non-Ethnic Studies university academics and organizations now claiming ‘Ethnic Studies’ expertise.”

CDE made a mistake by investing the curriculum in critical race theory. The CDE is unwilling to let go of this despite so many Californians believing that none of the fourth version of the curriculum is in the best interest of California students. At a time when diversity and inclusiveness are the coin of the realm within education circles, it should be apparent that ethnic studies is not an exclusive club formed by those teaching critical race theory, nor do they hold veto power in terms of who is and isn’t qualified to have a relevant idea about the subject.

In choosing to vote unanimously for the fourth version, the CDE has accepted a model curriculum with inaccuracies and omissions, as well as themes that will push students away from their own individualities and into group think that focuses on oppression and marginalization as the primary ills of today’s society. This passage from the opening paragraph says it all: “This coursework, through its overarching study of the process and impact of the marginalization resulting from systems of power, is relevant and important for students of all backgrounds.”

We should teach students world and American history honestly, openly, and with the opportunity for students to engage and understand the past with the hope that we will continue to do better, treating each other as the individuals that we are. We have had many successes in this enterprise, as no matter how flawed today’s world is, it is more democratic, civil, and peaceful than in the past.

But California’s ethnic studies curriculum differs sharply from this vision, because the narrative of critical race theory does not dovetail with a world that, on average, gets better each day. Some of the major principles of the curriculum are “critiquing empire-building and its relationship to white supremacy, racism, and other forms of power and oppression,” and “challenging racist, bigoted, discriminatory, imperialist/colonial beliefs and practices on multiple levels.”

The book refers teachers of ethnic studies to draw on the New York Times 1619 Project, which at this point has been completely discredited in terms of its arguments about capitalism, and which reflects historical errors pointed out by the Times’ own fact checker, which were ignored.

The curriculum is also flawed, and dangerously so, regarding its depiction of the War on Drugs in the 1980s and 1990s: “The dominant narrative of the ‘War on Drugs’ was that drug dealers and users were causing violence, poverty, and addiction in cities across the country. In actuality, this narrative was used to justify disproportionate arrests of communities of color, even though Blacks and Whites use drugs at similar rates.”

According to the curriculum, the War on Drugs was a racist tool to put non-Whites behind bars. Taking their argument one step further, it implies that mayors of cities, including Black mayors, chose to incarcerate non-Whites because they were . . . not White. Nowhere does the narrative describe how crack cocaine devastated poor neighborhoods in many major cities in the 1980s through the late 1990s, turning certain sections of Los Angeles, Chicago, New Orleans, Boston, Atlanta, New York—the list goes on—into war zones as competing drug dealers fought to control the sale of a toxic molecule that delivered enormously high profits.

Nowhere is it mentioned that the homicide rate of Black children between the ages of 14 and 17 more than doubled at the peak of these drug wars, nor that 14-to-17-year-old Blacks were 10 times as likely to be murdered than Whites during this period. Nowhere is it mentioned that the number of Black babies in foster care more than doubled, rising to a level more than six times that of White babies. How often is crack cocaine mentioned in the model curriculum? Never.

The War on Drugs did fail miserably in certain ways, including some drug sentences that were too long and inadequate prosecution of police corruption. But there are people alive today who would not be here had members from drug gangs not been arrested. Telling this part of our history—being honest and open about our country’s issues—does not fit with the narrative of critical race theory. And herein lies the major problem, and why a fourth version of the model curriculum remains unsatisfactory: because it is driven by a political and social agenda that omits the facts that inconveniently are at variance with its 24/7 narrative of oppression, imperialism, White supremacy, and exploitation.

But there is some good news. The pushback of more than 100,000 objections removed some of the most inappropriate material in earlier versions. This includes deleting positive role-model narratives about convicted murderers of police and changing the benign narrative that was originally presented about Pol Pot and the Killing Fields, where as many as 30 percent of Cambodians were murdered by his regime. The discussion of Pol Pot in earlier versions focused on how US imperialism in Southeast Asia facilitated his rise to power, not on how he was one of the of most heinous dictators of the 20th century. Go figure. Discussions about capitalism being racist, and a section that included several disturbing discussions about racial purity, also have been removed.

I doubt all these changes would have come about without the efforts of Elina Kaplan, of the Alliance for Constructive Ethnic Studies, Lori Meyers of Educators for Excellence in Ethnic Studies, and Tammi Rossman-Benjamin of AMCHA, all of whom have been powerful forces for providing positive directions for the curriculum. Like me, they have been called White supremacists by critical race proponents on the curriculum’s advisory committee. White supremacists? When facts and logic don’t fit the narrative, then play the race card and go right to Defcon 1: “White supremacist.” Even when they know next to nothing about any of us. But the positive here is that the alternative perspectives that Elina, Lori, Tammi, and I have been advancing are getting attention and hopefully moving the needle.

I hope these women continue to fight for California kids. We need them. And I hope that California’s school superintendent, Tony Thurmond, listens to them in the future. California schools have been chronically failing Black and Hispanic schoolchildren, as their math and reading proficiencies have been far below state standards for years. If we fix this, we will be able to fix so much more in our state, problems that will never be addressed by critical race theory.