“Strategy,” wrote Lawrence Freedman in his book of the same name, “suggests an ability to address causes rather than symptoms, to see woods rather than trees.” While Iran’s expanding influence in the Middle East is primarily the symptom of an underlying cause—the power vacuums created by the 2003 Iraq War and the 2011 Arab uprisings—there is now a symbiotic relationship between Iranian ambition and Arab disorder. The latter accentuates the former, and the former accentuates the latter. 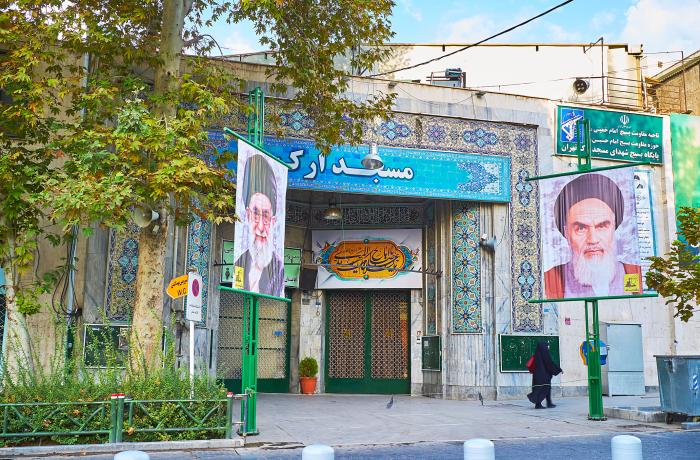 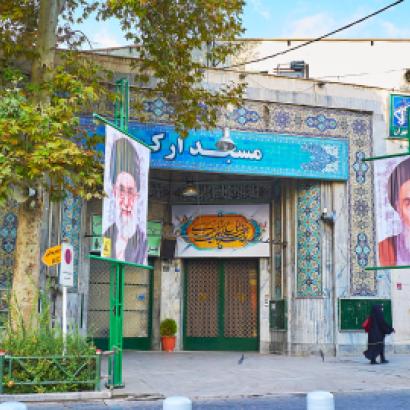 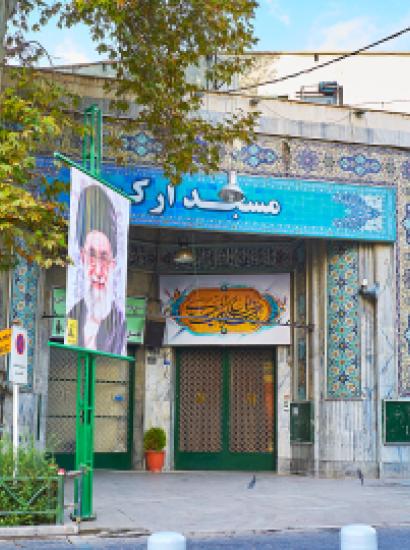 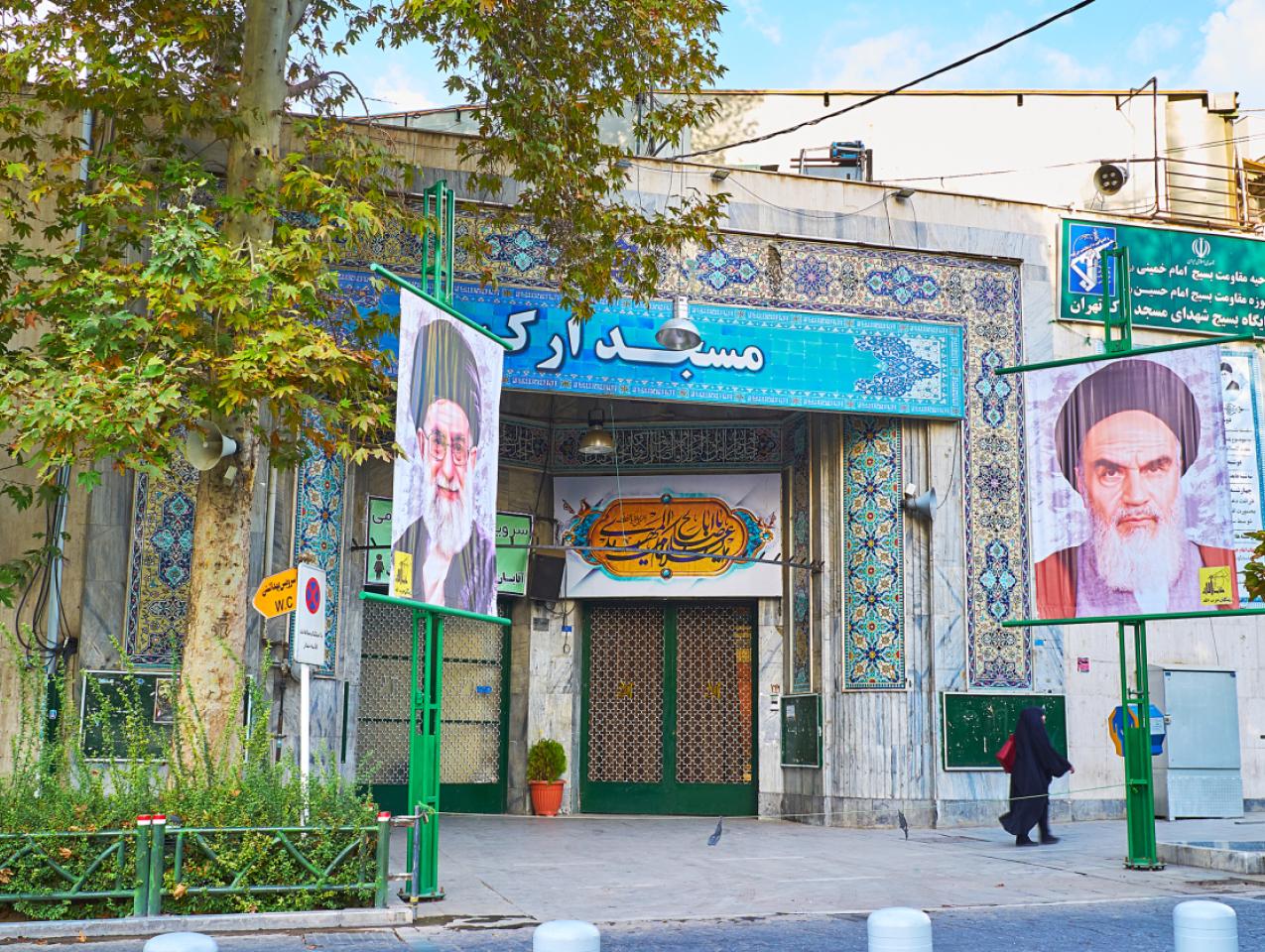 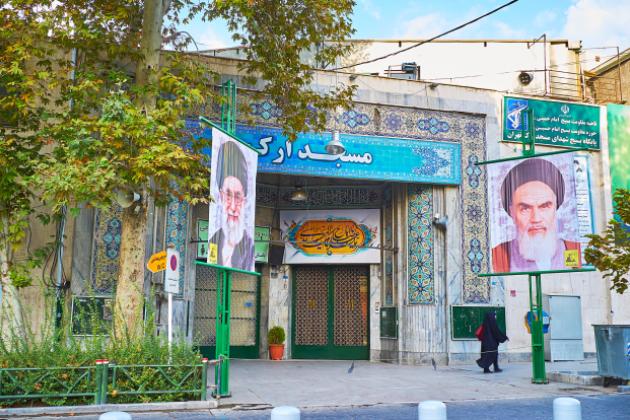 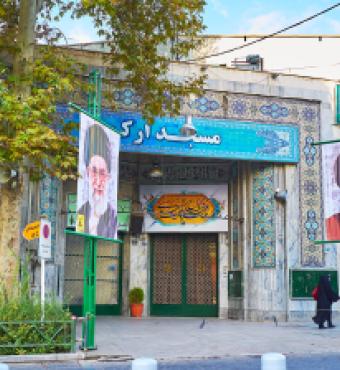 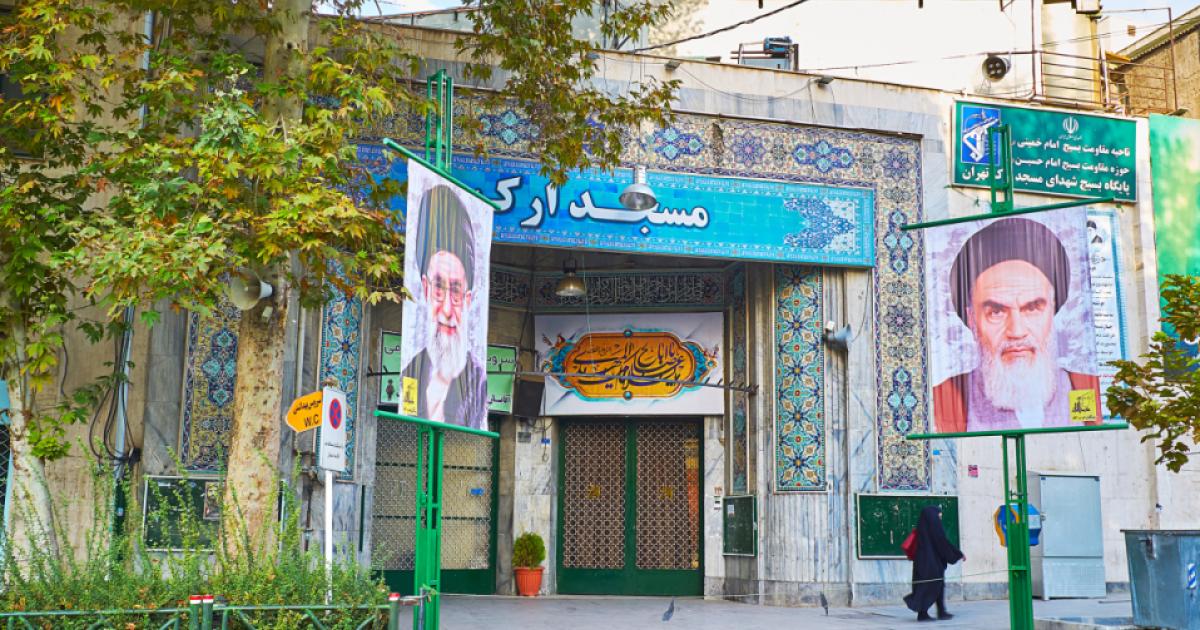 “Strategy,” wrote Lawrence Freedman in his book of the same name, “suggests an ability to address causes rather than symptoms, to see woods rather than trees.” While Iran’s expanding influence in the Middle East is primarily the symptom of an underlying cause—the power vacuums created by the 2003 Iraq War and the 2011 Arab uprisings—there is now a symbiotic relationship between Iranian ambition and Arab disorder. The latter accentuates the former, and the former accentuates the latter. Creating a stable, decent Arab order is at least a generational project. To counter Iranian ambitions requires a strategy that addresses both the symptoms and the cause.

What are Tehran’s regional ambitions? Since the 1979 revolution—which transformed Iran from a US-allied monarchy into a virulently anti-American theocracy—the twin pillars of Iran’s regional strategy have been opposition to America's influence and to Israel’s existence. These pillars have remained remarkably consistent over the last four decades. In recent years a third pillar has emerged: rivalry with Saudi Arabia. While the acrimony between them is often framed as an ethno-sectarian conflict—Shiite Persian Iran versus Sunni Arab Saudi Arabia—it is driven primarily by geopolitical differences.

While Saudi Arabia and its Gulf allies fear Tehran has expansionist designs over the entire region, the countries where Tehran wields most influence—Syria, Iraq, Lebanon, and Yemen—are all plagued by weak or embattled central governments and profound societal discord. Tehran did not create these power vacuums and societal rifts, but it has exploited and exacerbated them in pursuit of its ideological goals rather than the economic or security interests of the Iranian population.

Central to Iran’s strategy has been creating, arming, and funding nonstate militant groups such as Lebanese Hezbollah. In recent years, Tehran has franchised the Hezbollah model, creating Shia militias in Iraq (known as the Popular Mobilization Forces or Hashd al-Shaabi) and Syria (known respectively as the Fatemiyoun and Zeinabiyoun  Divisions, composed of Afghan and Pakistani Shia) and cultivating the Houthi rebels in Yemen. Tehran has invested billions of dollars and countless man-hours arming and training these militias. In Syria, Lebanon, Iraq, and Yemen, Iranian-backed militias are arguably a more cohesive, experienced, and formidable fighting force than the national armies in those countries. Tehran couples this hard-power strategy with a soft-power strategy in which these militias often provide social services, compete in elections, and even serve in government, blurring the civil-military line.

Therefore, an effective strategy for countering Iran cannot rely on hard or soft power alone and must be mindful of recent history. The last four decades of US policy toward Iran show Washington’s limited ability to change the nature or behavior of the Iranian regime. The George W. Bush administration routinely threatened Iran militarily (“all options are on the table") and championed Iran’s democracy activists. During Bush's tenure, however, Tehran relentlessly attacked US forces in Iraq and the country’s reform movement withered.

The Obama administration, in contrast, tried harder than any US administration to mend relations with Iran, including numerous letters President Obama wrote to Ayatollah Khamenei. Yet despite the signing of the 2015 nuclear accord, Tehran’s hostility toward the United States and its longtime regional policies continued unchanged.

An effective Iran strategy must also be cognizant of political realities in both the United States and the region. After a decade and a half of lost blood and treasure in Afghanistan and Iraq—with seemingly little return on investment—few Americans support the deployment of US soldiers to fight Iranian-backed militias or the expenditure of significant US capital to fortify and rebuild failing states. Fortifying US-aligned regional autocrats is not without costs, as it makes America potentially complicit at a time of heightened regional repression.

In his classic book Strategies of Containment, Yale historian John Lewis Gaddis argues that the United States' successful containment of the Soviet Union—conceived by George Kennan—consisted of three pillars: (1) Restore the balance of power left unstable by the defeats of Germany and Japan and by the simultaneous expansion of Soviet influence in Europe and Asia; (2) fragment the international communist movement; and (3) convince Russian leaders that their interests could better be served by learning to live with a diverse world than by trying to remake it in their image.

While the Islamic Republic of Iran is a much less formidable adversary than the Soviet Union, a variation of this approach is a sound template for US strategy toward Iran: (1) build global unity and regional capacity against malign Iranian actions; (2) fragment Iranian power projection; and (3) compel Iran’s leadership to prioritize national interests before revolutionary ideology.

Given that nearly 100 percent of Iranian trade is with countries other than the United States, unilateral US pressure is insufficient to deter or dissuade Iran. While the world’s great powers—the United States, China, Russia, and Europe—are united in their opposition to an Iranian nuclear weapon, building a multilateral consensus against Tehran’s regional ambitions is more difficult. Russia cooperates with Iran in Syria, China views Tehran as a commercial economic partner in its Belt and Road Initiative, and many European countries see Iran as a tactical ally against the more nefarious threat of the Islamic State. Indeed, in a region plagued by failing states and civil war, Iran widely appears to be a stable regional power that should be engaged, not isolated. In contrast to former Iranian president Mahmoud Ahmadinejad, whose bombast helped unite the world against Iran, current Iranian President Hassan Rouhani and Foreign Minister Javad Zarif have helped rehabilitate Iran’s global image.

Countering Iran’s regional ambitions requires both capacity and resolve. In contrast to great powers which have enormous financial and political capacity to pressure Iran but lack resolve, regional countries—particularly Sunni Arab nations—are seemingly resolved in their opposition to Iranian ambitions but currently lack the capacity to counter or deter those ambitions. While building capacity among regional countries is a generational project, US leadership is essential in persuading global powers that Tehran’s support for regional militias and its complicity in Syrian slaughter fuel regional instability and radicalism.

Instead of highlighting Iran’s problematic regional polices, the Trump administration has instead focused on the one thing Iran is widely perceived to be doing right—adhering to the nuclear deal. In the court of international public opinion this has served to isolate Washington more than Tehran.

Among the major distinctions between the USSR and Iran is the fact that in contrast to the global communist movement, Tehran’s revolutionary Shia ideology has a much more limited appeal. What it lacks in global breadth, however, it has made up for in ideological fervor. Some of Iran’s Shia proxies—namely Hezbollah and some elements of Iraq's Popular Mobilization Forces (PMF)—appear deeply committed to Iranian revolutionary ideology. But others—including the Afghan Fatemiyoun division in Syria, Yemen’s Houthis, and other units within Iraq's PMF—appear more motivated by economic expediency or the opportunity to counter the Islamic State than affinity for Iran. This provides an opportunity for Tehran’s rivals.

In recent months Saudi Arabia has attempted to fracture the perception of a united Iranian-led Shia front by making overtures to Iraqi Prime Minister Haider al-Abadi and cleric Moqtada al-Sadr. While al-Abadi and al-Sadr are not likely to turn into Iranian adversaries, nor are they interested in being Iranian lackeys. As even former Iraqi prime minister Nouri al-Maliki—someone widely considered to be an Iranian lackey—once said to then US ambassador to Iraq Ryan Crocker, “You don’t know how bad it can be until you’re an Arab forced to live with the Persians!”

Riyadh also has the resources, if it chooses, to undermine Iran in Yemen by financially co-opting the Houthis, its traditional approach. Over the long term the greatest bulwark against Iranian influence in Iraq and Yemen, as well as in Lebanon and Syria, is for national and/or Arab identity to supplant sectarian (Shia) identity.

Iranian politics are authoritarian but not monolithic. Meaningful differences exist among competing political factions about how to best sustain the Islamic Republic. Self-proclaimed “principlists,” led by Supreme Leader Ayatollah Ali Khamenei, are loyal to the principles of the 1979 revolution, including strict Islamic conservatism  at home and a “resistance” foreign policy abroad. “Pragmatists,” in contrast, led by President Rouhani, tend to prioritize economic interests before revolutionary ideology and believe the policies Iran adopted in 1979—such as “Death to America”—do not necessarily serve the country’s interests four decades later.

Convincing Tehran to put national interests ahead of revolutionary ideology requires a combination of coercion and engagement. Among the important lessons of the 2015 nuclear deal is that these policies are often complementary, not contradictory. Obama’s unprecedented but unreciprocated efforts to engage Iran helped convince much of the world that the obstacle to a nuclear deal lay in Tehran, not Washington. Though Obama was keen to negotiate a nuclear deal with Iran from the outset of his presidency, Tehran did not begin to seriously engage until several years later, when it faced a global economic embargo.

In the aftermath of the nuclear deal, the Obama administration only employed one aspect of this formula—engagement—to try to compel Iran to reconsider its regional policies. Tehran demurred; in contrast to the enormous costs it endured for its nuclear intransigence, it was subject to little penalty for its regional policies.

The policy of containment toward the Soviet Union was conceived in 1947 and endured numerous failures over five decades until it was eventually vindicated by the USSR’s collapse in 1991. While the future of Iran and US-Iran relations is unpredictable, it must be similarly emphasized that there are no quick solutions. History has shown that Iran relents when it faces international unity and is divided domestically. So far, however, the Trump administration has created the opposite dynamic, splintering international unity while unifying Tehran’s disparate political factions against a common threat.

Countering Persian power was a question that similarly preoccupied the ancient Greeks. The legendary Athenian historian Thucydides believed the greatest strategist of his day was Pericles, who ruled Athens for three decades from 460 BCE.  Among Pericles’ notable achievements was building an alliance with rival Sparta—which worried about Athenian hegemony—against a common Persian threat. “The ability to persuade not only one’s people but also allies and enemies,” Freedman wrote of Pericles, “was a vital attribute of the successful strategist. In this way, strategy required a combination of words and deeds, and the ability to manipulate them both.”