Crisis Management For California Infrastructure: Fifty Years After The Last Big Buildup, Time To Envision The Next Fifty Years

If Governor Edmund “Pat” Brown’s greatest legacy is the physical and intellectual infrastructure of highways, water systems, and universities that transformed California to a nation-state and a global economic force, his son, Governor Jerry Brown, may be remembered best as the guy who tried to fix it all after decades of neglect. 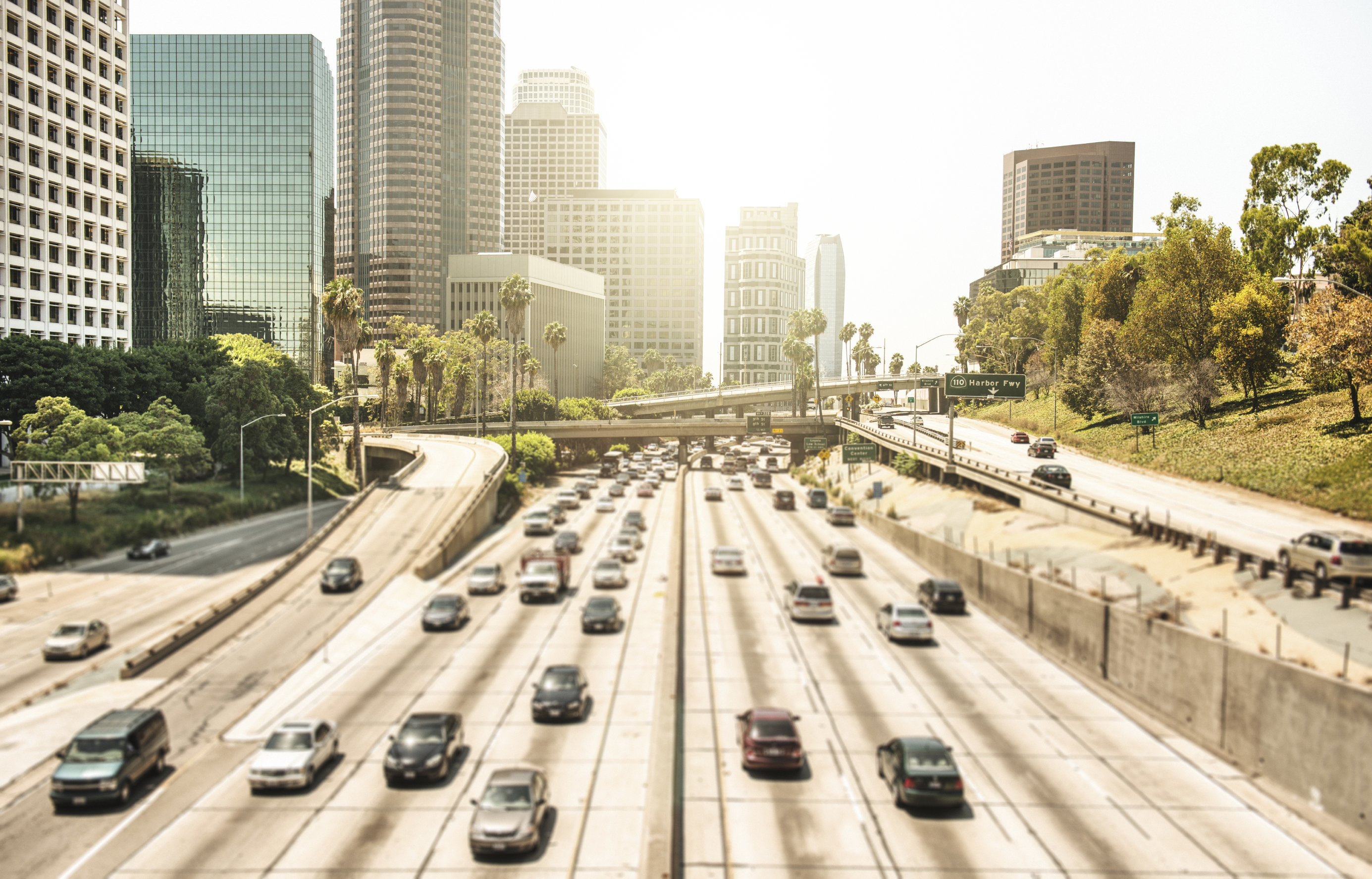 Crisis Management For California Infrastructure: Fifty Years After The Last Big Buildup, Time To Envision The Next Fifty Years 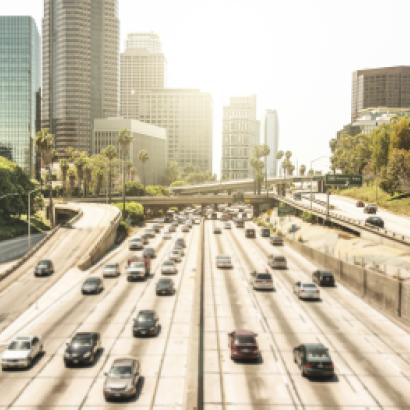 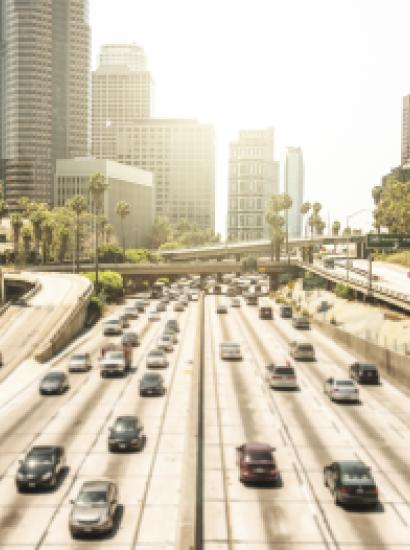 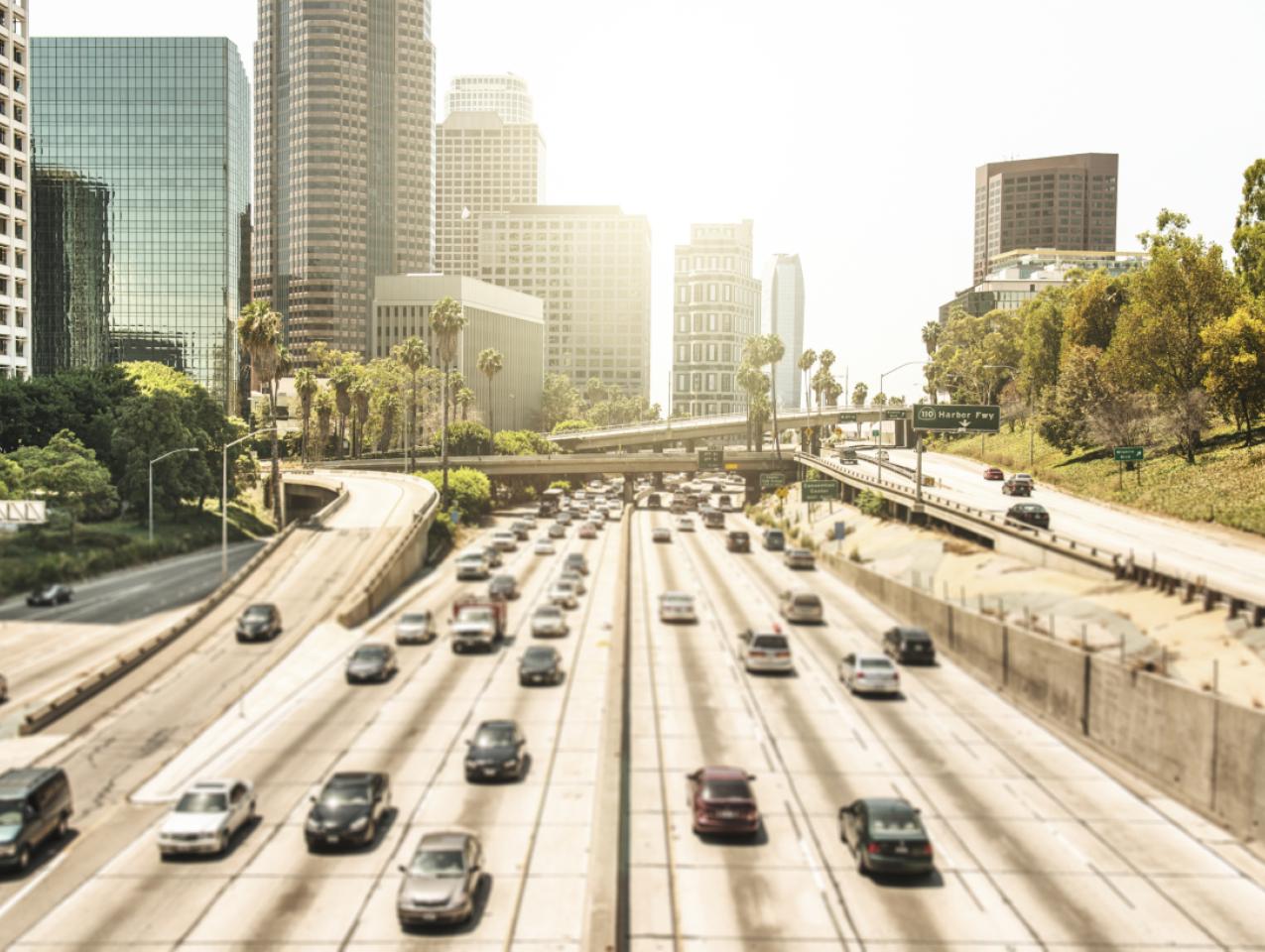 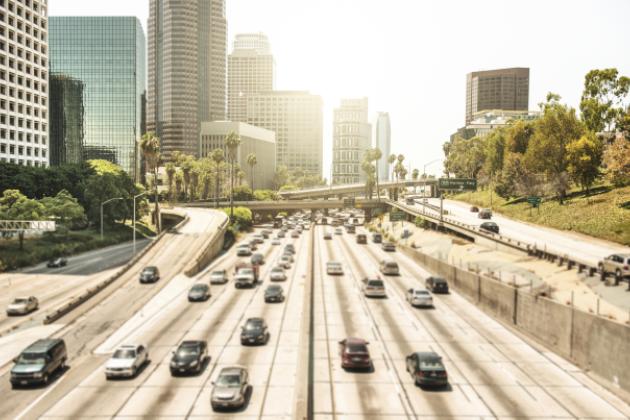 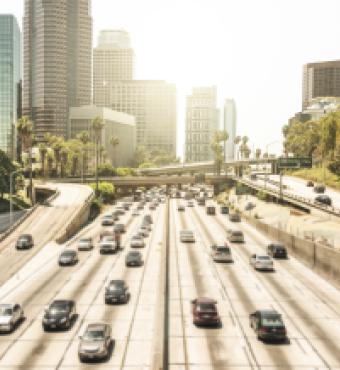 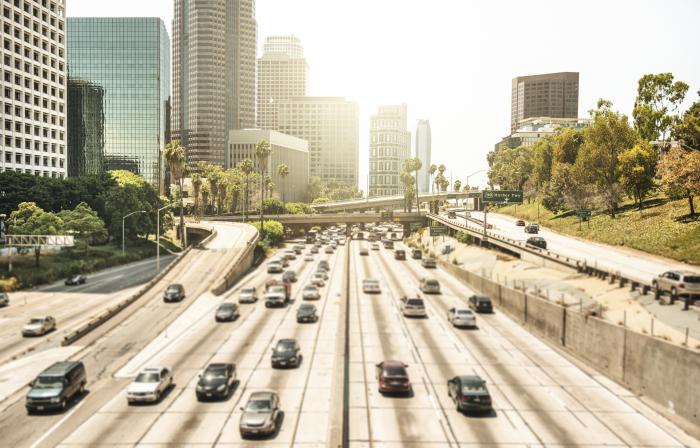 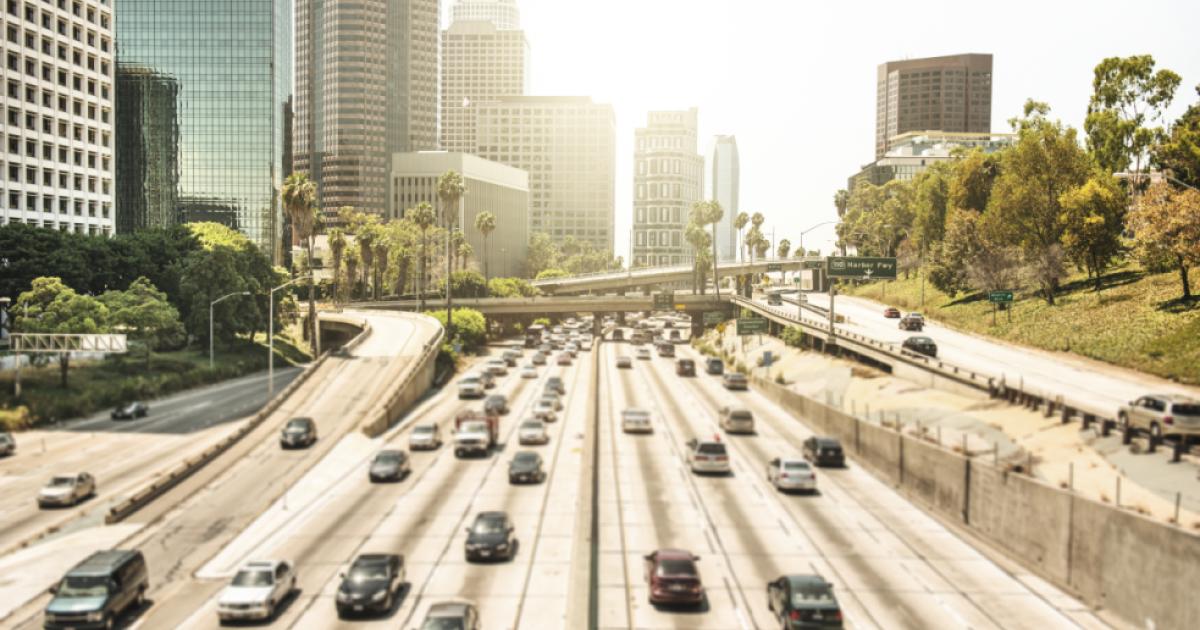 If Governor Edmund “Pat” Brown’s greatest legacy is the physical and intellectual infrastructure of highways, water systems, and universities that transformed California to a nation-state and a global economic force, his son, Governor Jerry Brown, may be remembered best as the guy who tried to fix it all after decades of neglect.

The younger Brown’s challenge is that there is little glamour in infrastructure and little political capital to be gained from spending billions of tax dollars on maintaining it— breaking ground, yes, repairs, no.

Historically, politicians have shown that they are usually willing to spend on infrastructure in one of three cases: it is flashy and new, it is a component of a grander vision, or there is a crisis.  Unless the project is so big and spectacular that it captures the public’s imagination—think the Panama Canal or Dwight Eisenhower’s Interstate Highway System—most politicians are unlikely to pay attention, which is which is why it took six years of severe drought, followed by record rainfall and the February near-collapse of the Oroville Dam, to spur Brown and the legislature to action.

What California needs, but has lacked for half a century, is leadership with the vision to see what the state needs to ensure prosperity for the next fifty or a hundred years and the will to build it.  Voters have shown at both the local and the statewide level that they are willing to pay for tax and fee increases if they feel the money will be spent on infrastructure projects they need. That includes Governor Arnold Schwarzenegger’s 2006 infrastructure bonds and, more recently, Measures R and Measure M in Los Angeles County.

Governor Brown and the State Legislature finally stepped into the void, passing a bill that includes a twelve-cent increase in the state’s per-gallon gas tax, an increase in vehicle fees, and, as of 2020, a special “vehicle improvement fee” to be charged to zero emission vehicles to recapture road use costs.

This step, although not glamorous, provides a major step toward addressing the significant structural issues facing the state’s streets and highways.  The key test for the governor in facing popular opinion is whether the money is spent where intended and whether it proves sufficient to address the severe damage the winter of 2016–17 and years of neglect have inflicted on the state’s roads.

That said, the only truly visionary project that has Sacramento’s support today is one originally authorized by voters back in 2008: Proposition 1A, which placed a $9.95 billion down payment on a statewide high-speed rail. Although approved by the voters and championed by Governor Brown, however, this project has proven so expensive and technologically challenging that completing a key portion between Bakersfield and Los Angeles may not be possible as currently planned.

Yet if completed, the rail may meet California’s greatest infrastructure need: fast, reliable transportation that could open regions of rural and semirural California to commuters now squeezed by soaring housing costs and mind-numbing commutes to job centers in metropolitan Los Angeles and the San Francisco Bay/Silicon Valley region.

The next most critical priority is to address the significant problems in transporting and providing enough water to a vastly expanded population and agriculture business.

California’s population grew from 2.8 million to 37.3 million from 1910 to 2010, since the time when William Mulholland developed the first great systems for transporting water from the Owens Valley to Los Angeles.  It is clear that, although many parts of the state did not go dry in the recently ended drought, the aging water infrastructure is both energy and cost-inefficient for meeting many future water needs. One key way to address this need is to localize water storage by using large cisterns to capture and store rainwater—a technique successfully used for centuries in other arid parts of the world—and improve recycling capacities. Both would reduce dependence in Southern California and the Central Valley on mountain reservoirs and canals in the north.

But before delving deeper into solutions, it is worth considering just how California got into this mess.

The elder Governor Brown envisioned a future in which economic growth would be driven by a network of state-of-the-art freeways to move people, reservoirs, and canals to capture and transport water and intellectual capital from low-cost institutions of higher education. He sold that vision to the public and, in doing so, as the late historian Kevin Starr wrote, putting California on “the cutting edge of the American experiment.”

Rising costs slowed growth before the elder Brown was finished. His son, who began his first two-term governorship nearly a decade later, in 1975, brought the antigrowth slogan “small is beautiful” to Sacramento. With it, any impetus to build his father’s infrastructure came to a halt. The fact that further politicians failed to fund properly the necessary maintenance and less ambitious expansion of the capacity led to an ever-declining system that has resulted in the American Society of Civil Engineers rating California’s infrastructure a D+.

By the time Jerry Brown began his second two-term stint as governor earlier this decade, the state was recovering from the Great Recession and facing a $15.7 billion budget deficit, a fiscal crisis that allowed Sacramento little room to consider the deterioration in the state’s roads and bridges or the overcrowding in its universities. Earlier this year Brown projected a $1.6 billion deficit for fiscal 2017, but that was before emergency repairs to prevent the collapse of the Oroville Dam forced lawmakers to think seriously about how to at least shore up the state’s overstressed physical infrastructure.

Now that the attention of the governor and legislature are focused on infrastructure, what should they do?

Already facing a budget deficit, their options are limited. Brown has proposed funding the improvements through increases in fuel taxes and vehicle fees. One option is President Trump’s stated desire to spend $1 trillion on infrastructure needs. But so far the Republican president has shown little interest in helping one of the most solidly Democratic and vocally hostile states.

In March Transportation Secretary Elaine Chao stopped the transfer of $647 million in federal funds to help pay for the San Francisco-South Bay Caltrain to switch from diesel to electric power, a move the system must make before a high-speed line can become reality (though $100 million may eventually make its way to California). Chao’s decision at the least threatens to delay the projected rail project.

The high-speed rail would do far more than transport cushy business travelers from the Bay Area to Los Angeles It also would open up inland regions, with their lower costs of living, to commuters working in San Francisco, Silicon Valley, and Los Angeles.

In that regard, the single most important features of the line are the sections linking Los Angeles to Bakersfield in the southern San Joaquin Valley and Fresno to San Jose in the north.  With its open spaces and lower living costs, the region could provide a welcome option for commuters trapped by Los Angeles and the Bay Area’s clogged freeways and exorbitant housing costs. As envisioned, the rail would cut the trip from Bakersfield to Los Angeles in two to three hours in rush-hour traffic to about one. Orange County residents could travel from Anaheim to downtown Los Angeles, a trip that takes more than an hour, to about twenty minutes.

Another aspect of California infrastructure that doesn’t get the attention it deserves is the use of large cisterns to augment traditional water supplies. Other countries encourage their use: Bermuda and the US Virgin Islands both require rain-catching systems to be a part of new home construction. Australia, Germany, and Spain offer incentives to help pay for cistern installation, as do several US states including Arizona, New Mexico, and Texas.

More than a decade ago, the San Fernando Valley community of Sun Valley, frequently flooded by runoff from winter storms, developed plans for a drainage system that would divert the water to the Pacific Ocean by way of the Los Angeles River. Before construction began, city planners realized that they were about to waste a precious resource. Instead of diverting water to the river, they built massive underground cisterns beneath a city park.

Referring back to ancient Roman technology, they were capable of capturing 8,000 acre-feet of water, twice as much as the city’s annual consumption. From the cisterns, the water is cleaned and then drains back into natural aquifers for future use. With the project, Sun Valley solved the two nemeses that plague the Los Angeles basin almost every year: a dearth of water in the summer and the brief, sometimes disastrous, deluge of storm runoff during the winter.

Once upon a time California invested generously and wisely in its infrastructure needs. A governor offered a vision the public embraced and used his political capital to make it happen.  This legacy was built on the dreams of leaders such as William Mulholland: individuals who applied their engineering genius to mountainous challenges.

Now is the time when California’s infrastructure needs are no longer a matter of building something amazing and new, but rather fixing the major issues we have now.

Voters have shown they are willing to tolerate additional tolls, fees, and taxes to fix infrastructure if the money is spent responsibly.  It’s up to the governor and legislature to do so.

Looking to credit–or blame–someone for today’s Los Angeles? Start with William Mulholland, an Irish immigrant and self-taught engineer who led the construction of a 233-mile waterway from the High Sierra to the City of Angels over a century ago. Seen by some as a design challenge of a magnitude similar to the Panama Canal, which opened nine months later, in August 1914, the Los Angeles Aqueduct ushered in today’s Southland of traffic jams, swimming pools,  movie stars, and epic water wars (think Jack Nicholson in Chinatown). Mulholland’s words to his fellow Californians on the completion of his great project? “There it is. Take it.”

For four years now Hoover’s Golden State Poll has asked Californians to rank California’s top government priorities. Each and every time, high-speed rail has finished at or near the bottom of some twenty policy options. A May survey conducted by J. Wallin Opinion Research backs that up. Only one in eight Californians wanted to keep money dedicated to high-speed rail; three-fourths would instead move it to schools or infrastructure. What is the future of high-speed rail in California? Not just finding billions in funding and staying on construction schedules but also doing a better job of selling the concept to its future ridership.