Croatia: Opportunities And Obstacles To Peace And Economic Growth In South East Europe

H.R. McMaster in conversation with Kolinda Grabar-Kitarović, First female President of the Republic of Croatia (2015- 2020), on Wednesday, February 17 at 11:00am PT. 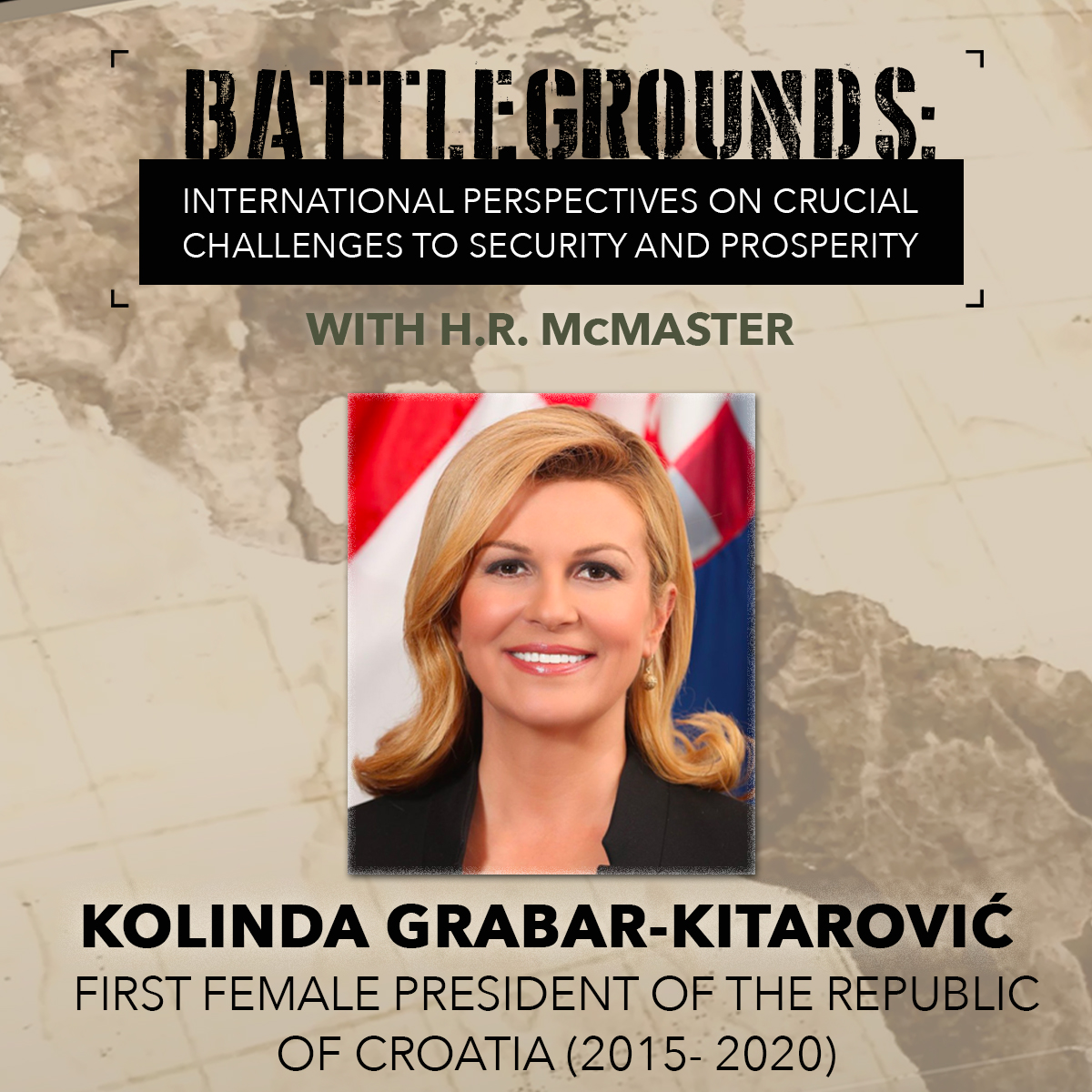 Croatia: Opportunities And Obstacles To Peace And Economic Growth In South East Europe 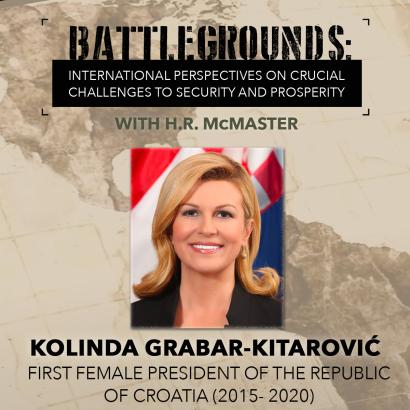 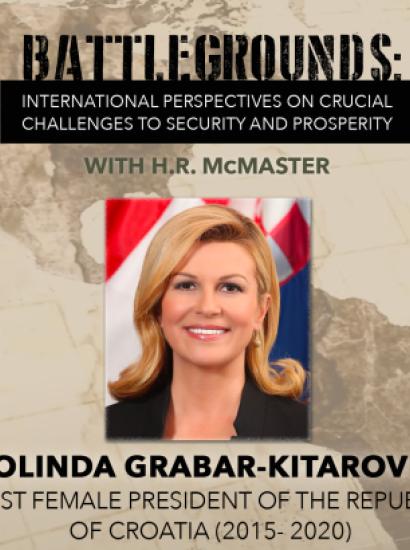 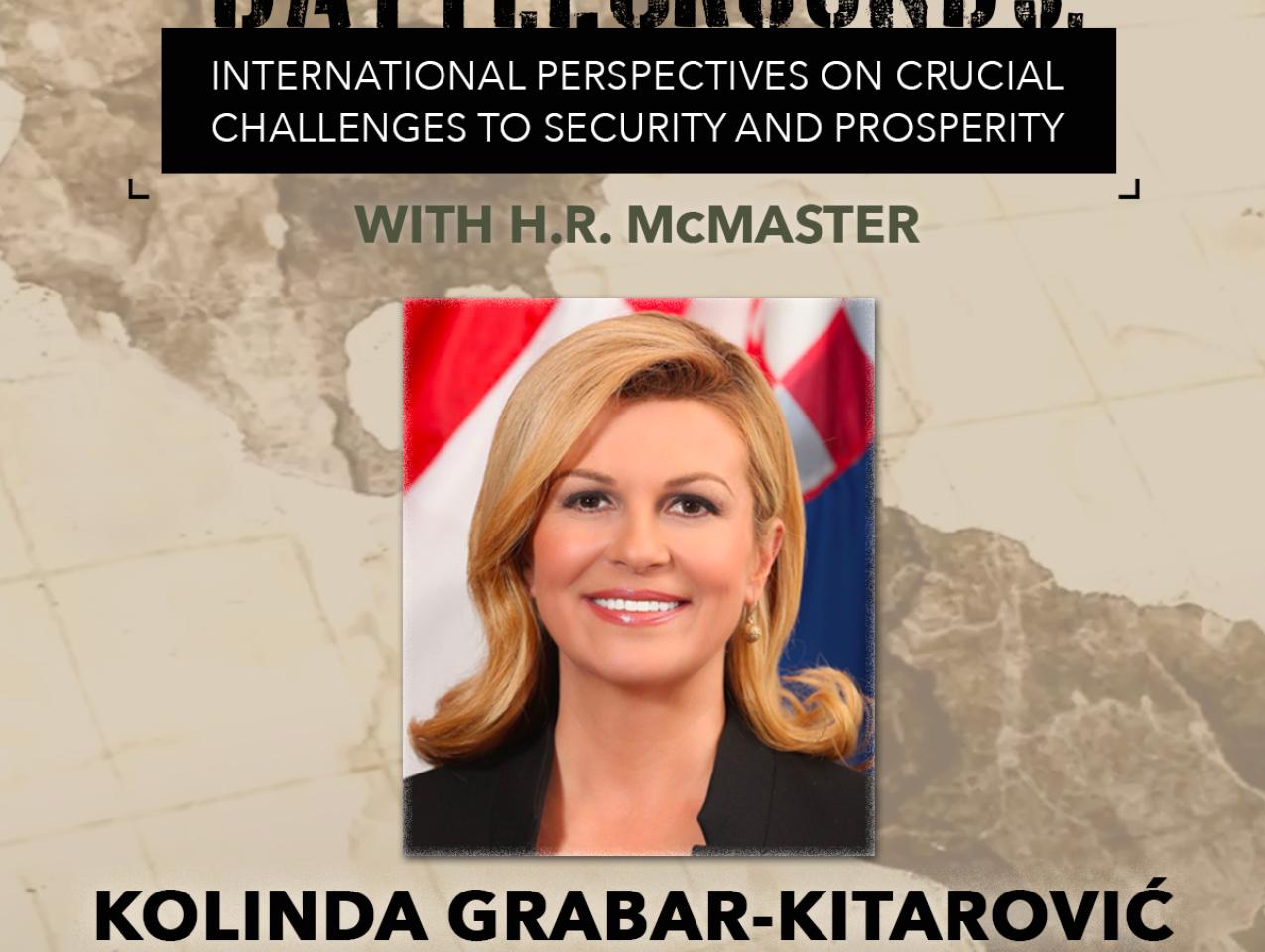 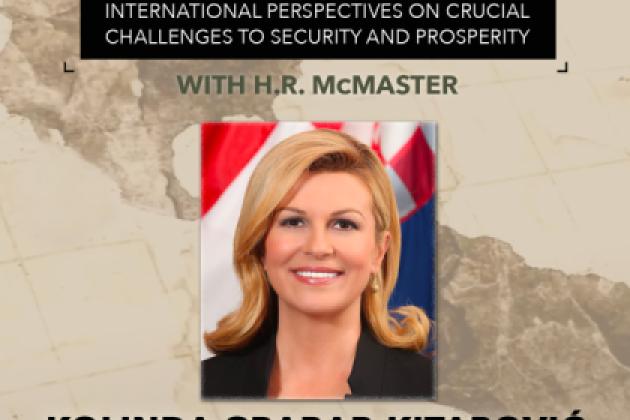 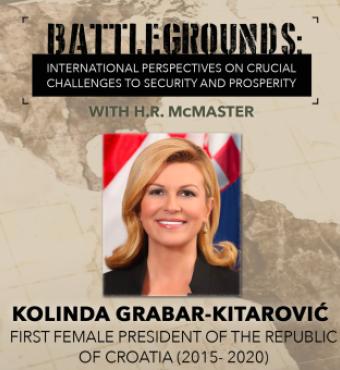 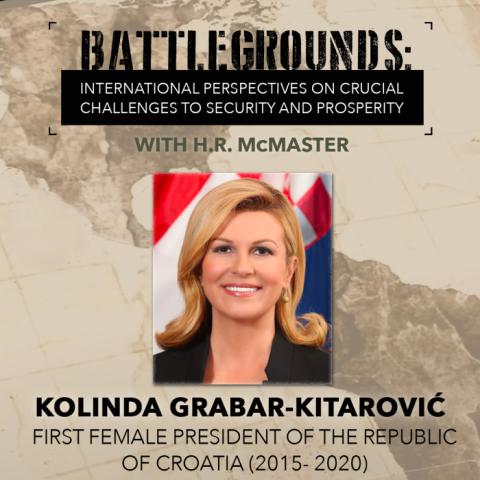 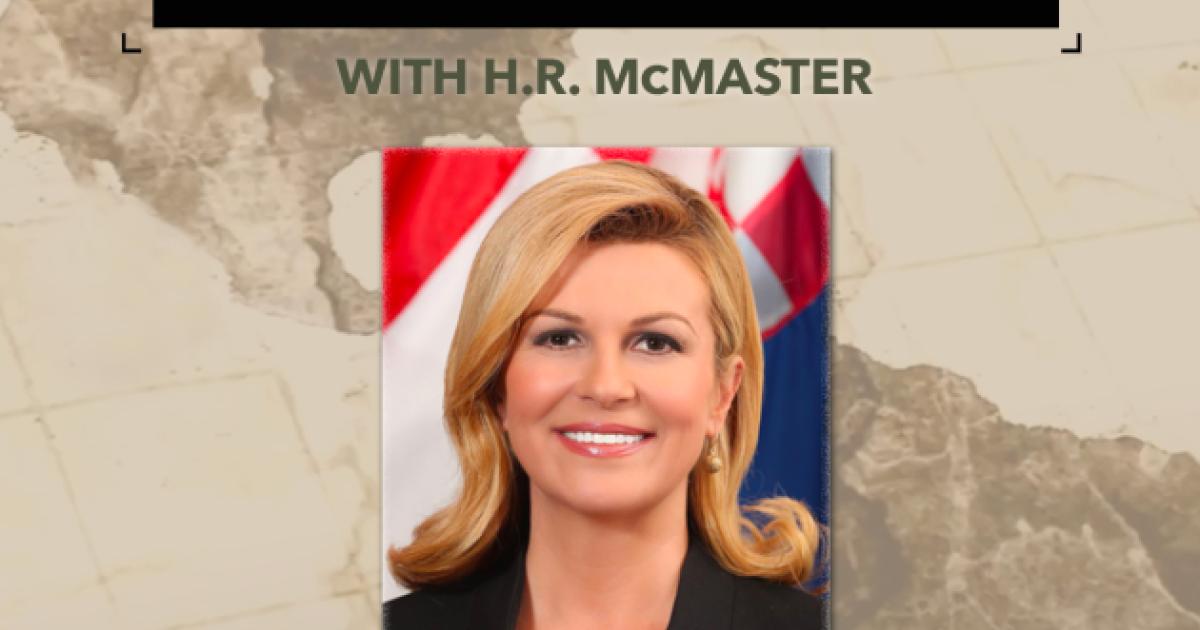 H.R. McMaster in conversation with Kolinda Grabar-Kitarović, First female President of the Republic of Croatia (2015- 2020), on Wednesday, February 17 at 11:00am PT.

For full coverage of the Battlegrounds event, click here.

Kolinda Grabar-Kitarović is the 4th and 1st female President of the Republic of Croatia (2015- 2020). She was the first female Assistant Secretary General of the North Atlantic Treaty Organization (NATO), as well as Croatia’s first female Minister of Foreign Affairs and Ambassador to the United States of America. She also pursued an academic career in government, international relations and security studies at the Vienna Diplomatic Academy, George Washington University, Harvard University, Johns Hopkins University and the University of Zagreb. She is a recipient of the Fulbright Lifetime Achievement Award.