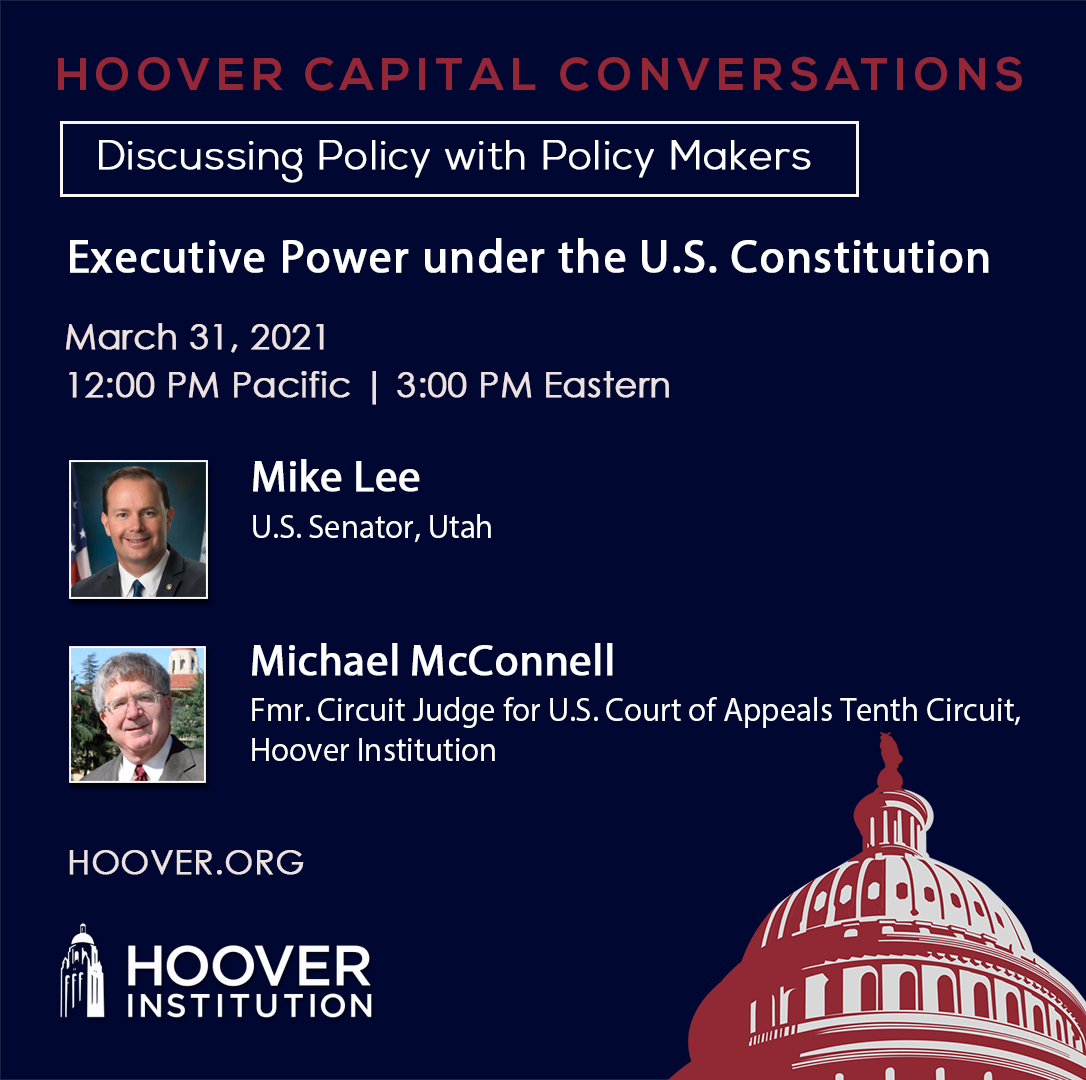 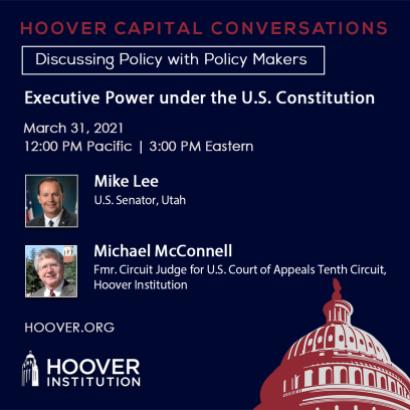 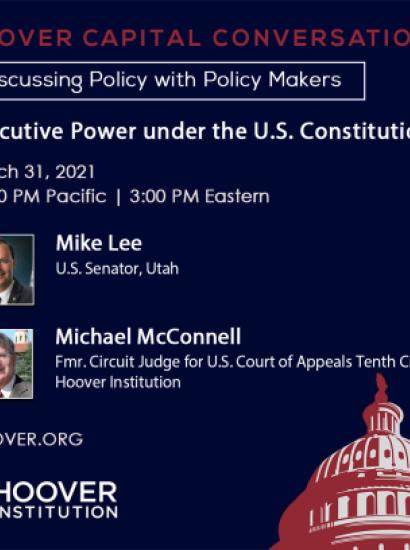 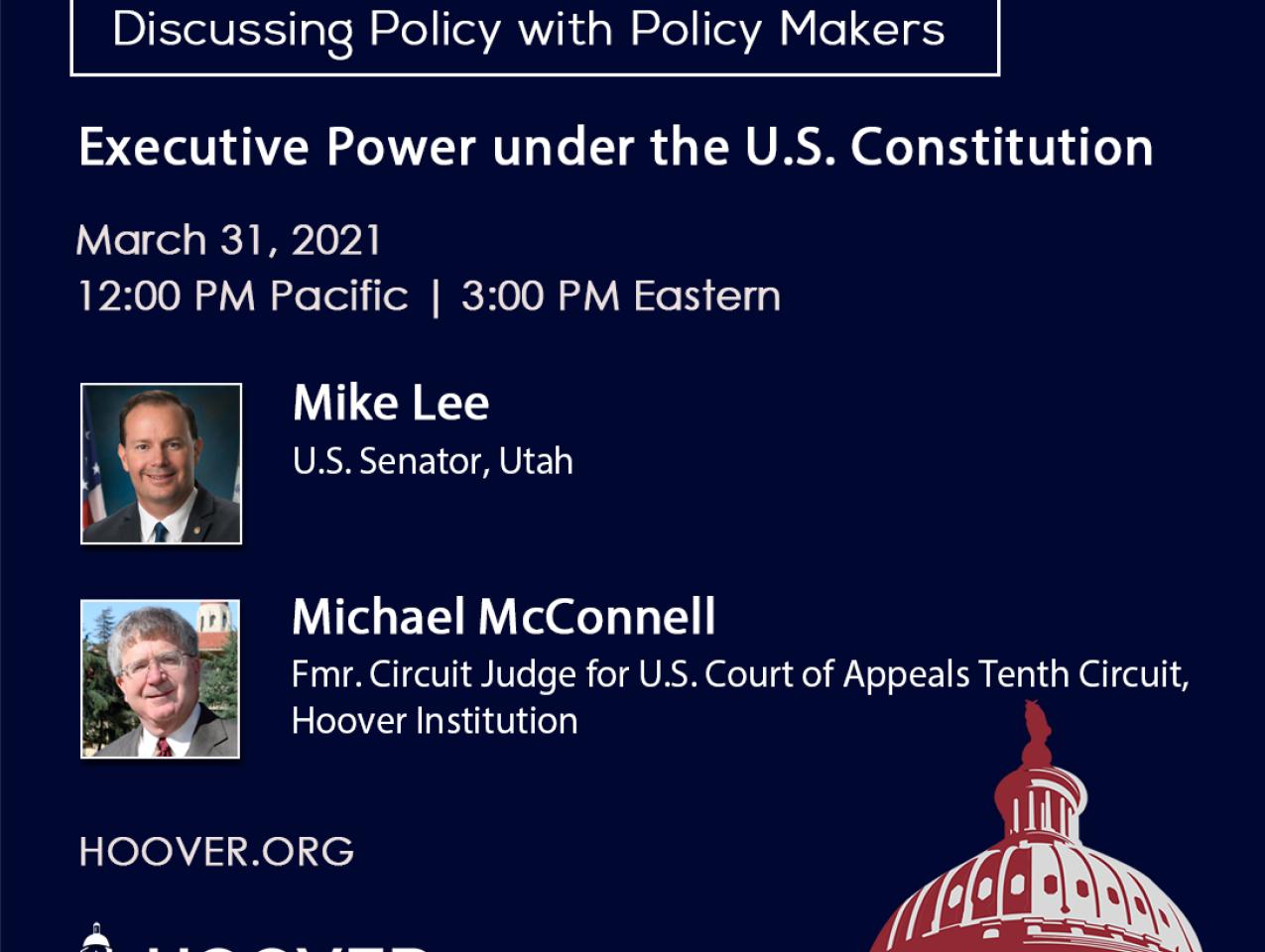 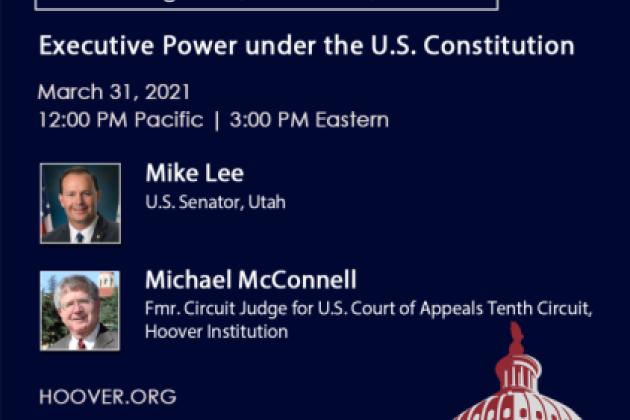 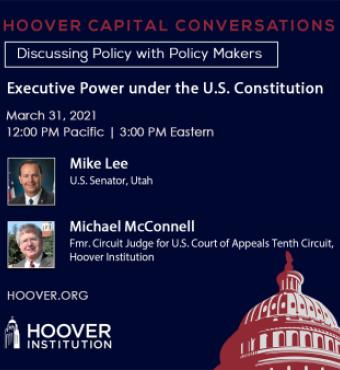 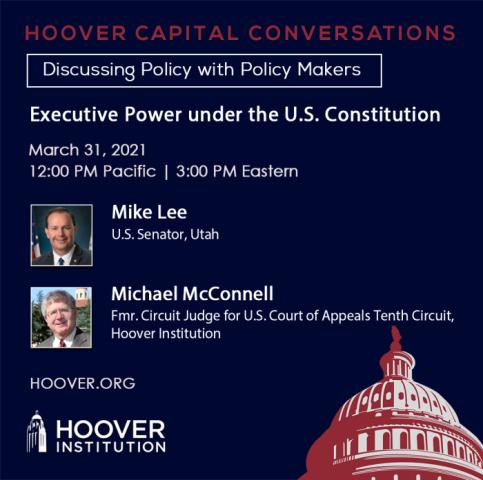 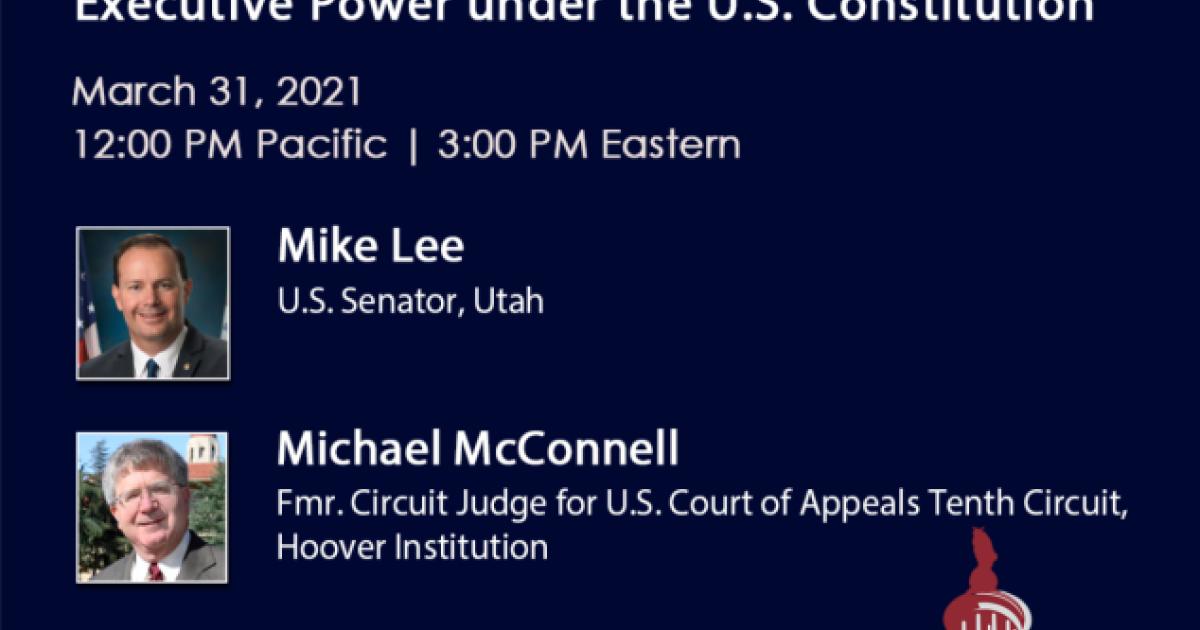 Senator Mike Lee was elected in 2010 as Utah's 16th Senator. He has spent his career defending the basic liberties of all Americans and advocating for our founding constitutional principles.

Senator Lee acquired a deep respect for the Constitution early in life while watching his father, Rex Lee, serve as the Solicitor General under President Ronald Reagan. He attended most of his father's arguments before the U.S. Supreme Court, giving him a unique understanding of government up close.

Lee graduated from Brigham Young University Law School in 1997 and went on to serve as law clerk to Judge Dee Benson of the U.S. District Court for the District of Utah, and then with future Supreme Court Justice Judge Samuel A. Alito, Jr. on the U.S. Court of Appeals for the Third Circuit.

Michael McConnell is a Senior Fellow at the Hoover Institution and the Richard and Frances Mallery Professor of Law and the director of the Constitutional Law Center at Stanford Law School.

During his many years of government service, McConnell served as a circuit judge on the US Court of Appeals for the Tenth Circuit and as an assistant to Solicitor General Rex Lee at the Department of Justice.

Over his career he has argued fifteen cases in the U.S Supreme Court. His teaching focuses on constitutional law, constitutional history, the First Amendment, and interpretive theory. His most recent book is The President Who Would Not Be King: Executive Power under the Constitution published in November 2020; his next book will be released in 2021 the Establishment of Religion: Neutrality, Accommodation, and Separation.

For more information go to: https://www.hoover.org/publications/capital-conversations