During his first Inaugural address, President Biden pledged to “repair our alliances” and to be “a strong and trusted partner for peace, progress, and security.” A year into the Administration, Biden deserves credit for rallying a diminished NATO to face the challenge posed by Russia’s invasion of Ukraine and continuing to rally Indo-Pacific partners to counter the threat posed by China. Elsewhere, however, the Administration’s alliance management has been decidedly less successful. 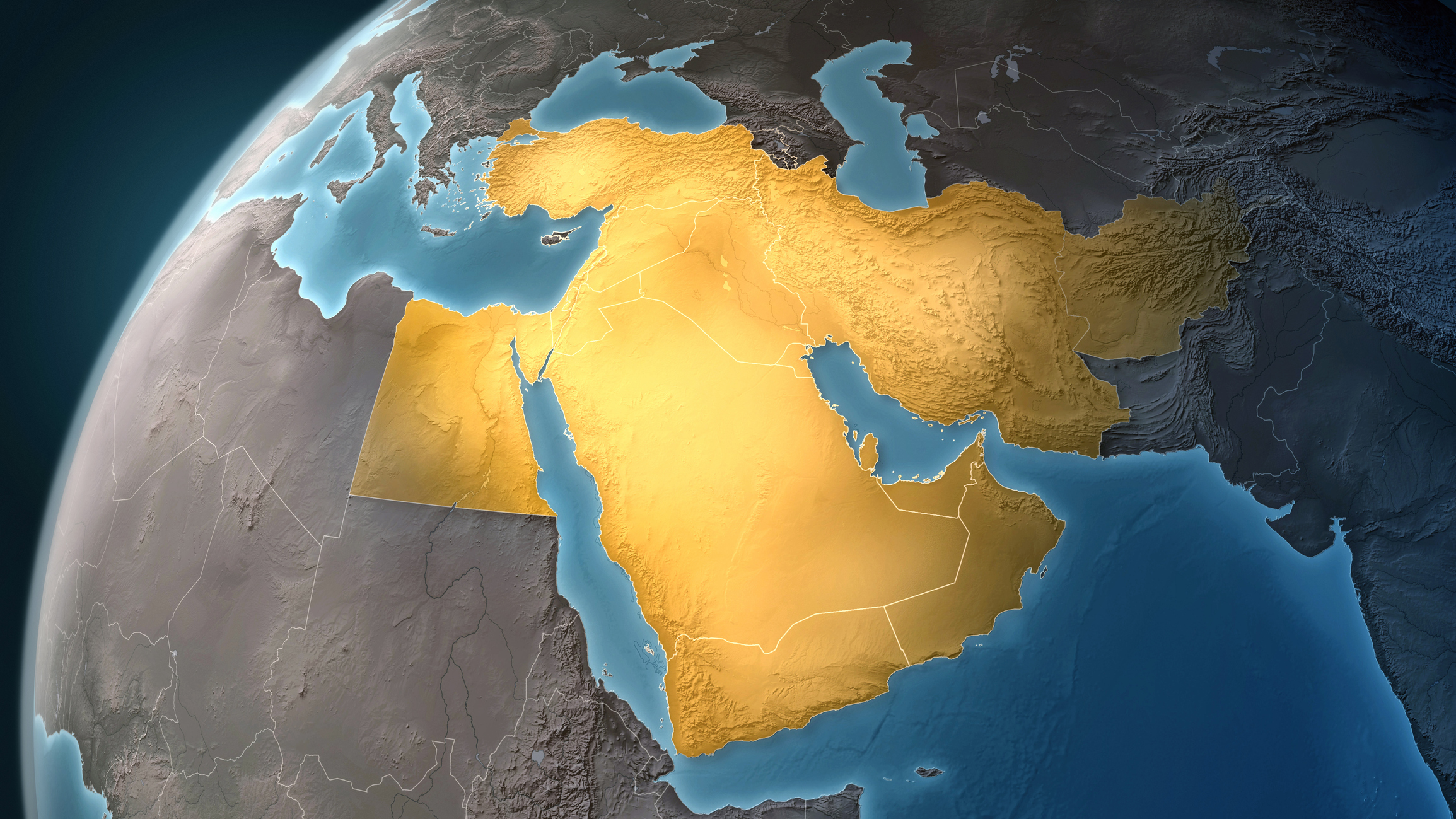 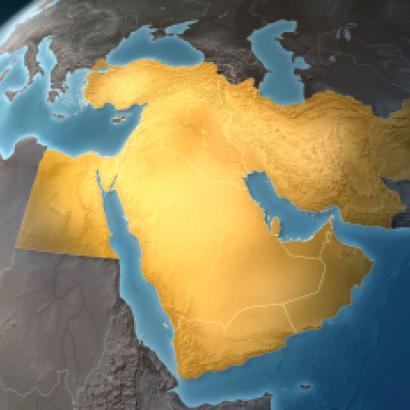 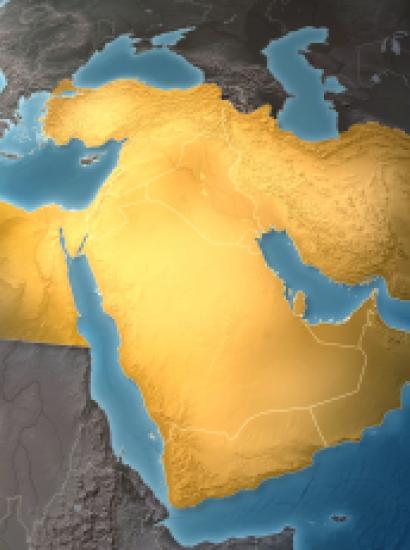 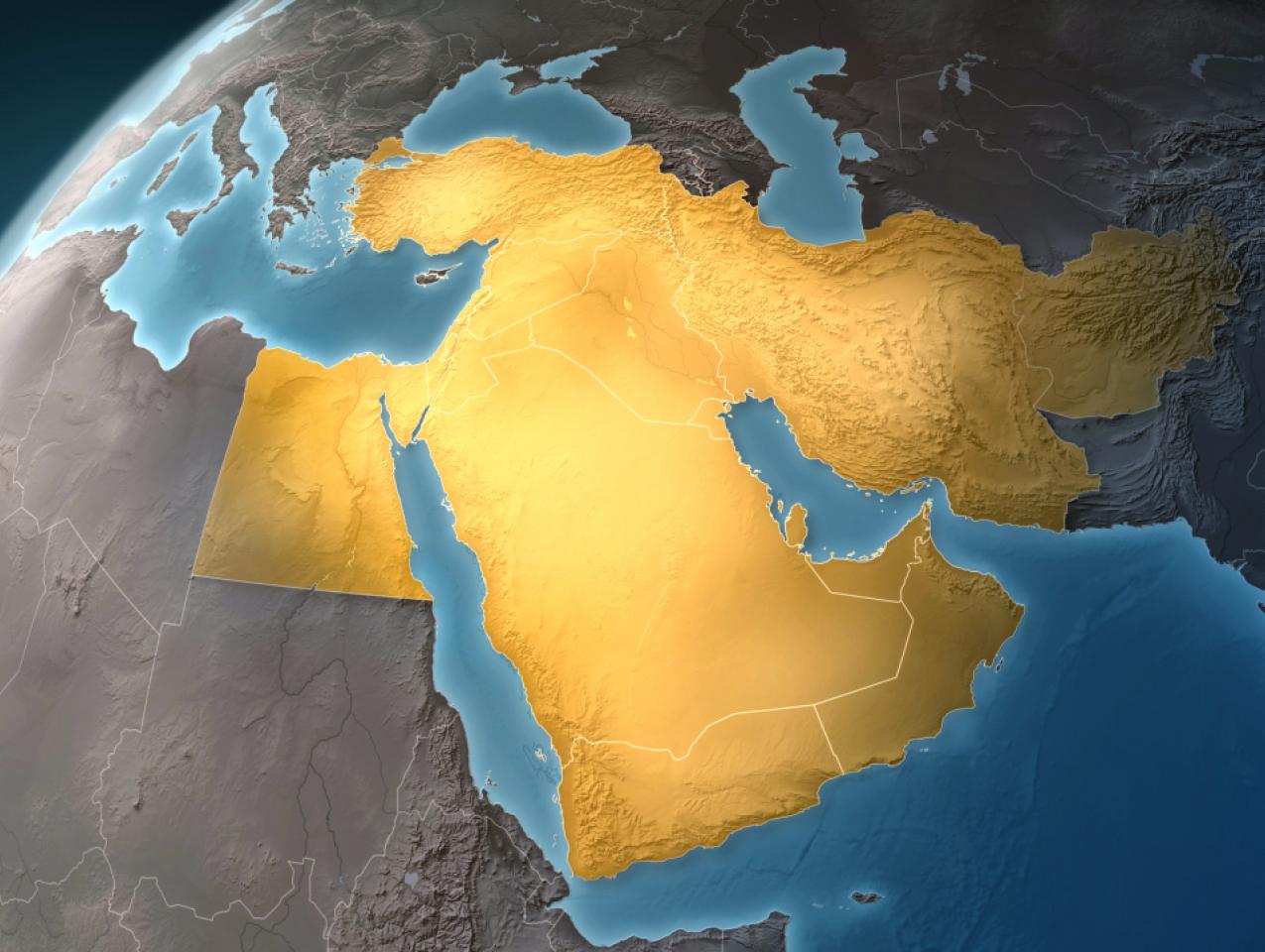 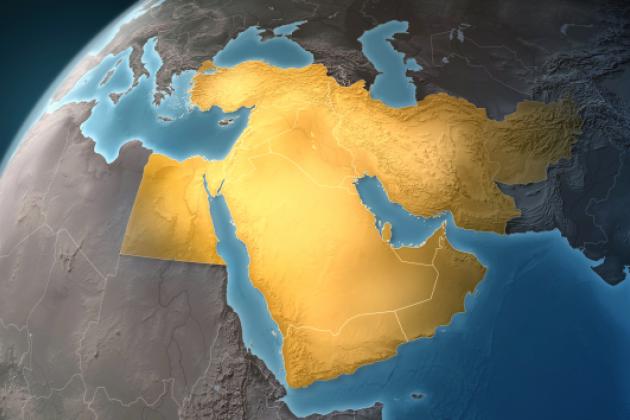 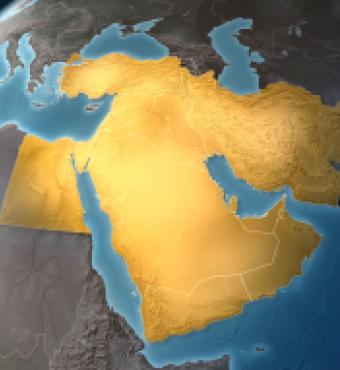 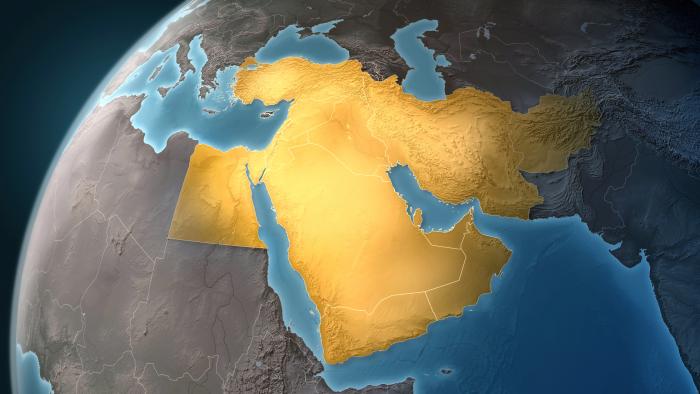 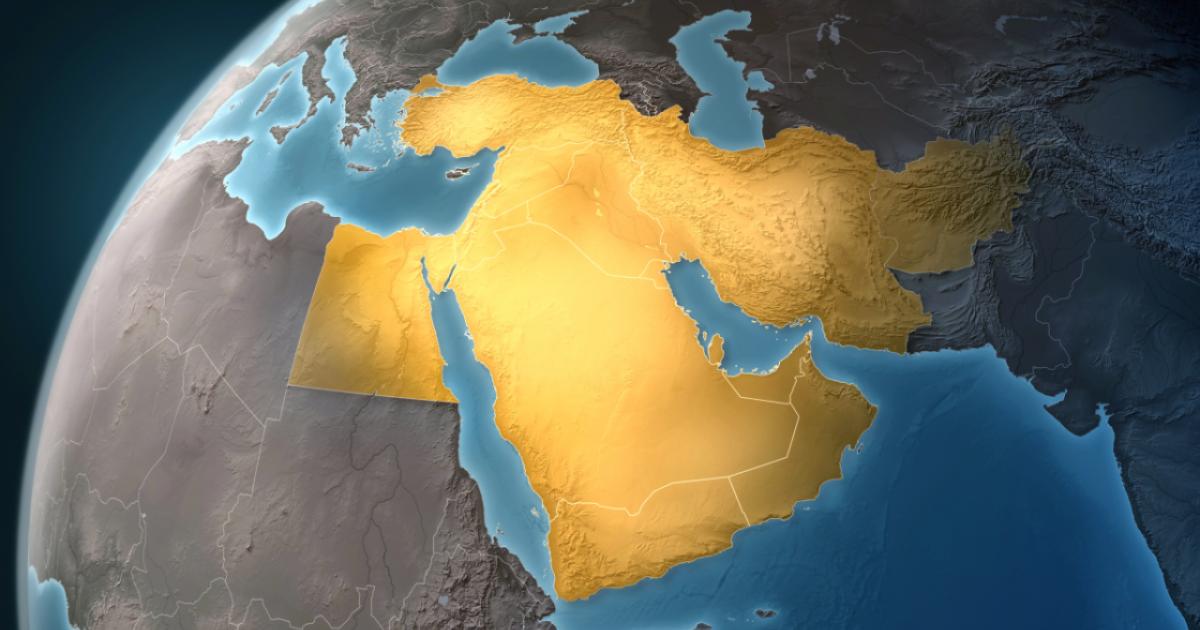 During his first Inaugural address, President Biden pledged to “repair our alliances” and to be “a strong and trusted partner for peace, progress, and security.” A year into the Administration, Biden deserves credit for rallying a diminished NATO to face the challenge posed by Russia’s invasion of Ukraine and continuing to rally Indo-Pacific partners to counter the threat posed by China. Elsewhere, however, the Administration’s alliance management has been decidedly less successful. Over the past 18 months, the confidence of the Arabian Gulf states in their longstanding partnerships with the United States has reached an all-time low.  Today, US relations with Saudi Arabia and the United Arab Emirates in particular, are especially troubled.

A combination of factors has contributed to the deterioration of Washington’s ties with Riyadh and Abu Dhabi. The Administration’s perceived over-eagerness to reenter the nuclear agreement with Iran, without addressing regional concerns about Iranian-backed militias, was an early irritant. Washington’s terrorist delisting of one of these organizations, the Yemen-based Houthis, who at the time were actively targeting Saudi Arabia, made matters worse.  The abandonment of Kabul and the messy US withdrawal from Afghanistan likewise didn’t inspire confidence in US regional security commitments. Neither did the Administration’s slow response to the Houthi’s unprecedented January 2022 drone and missile strikes on the UAE, which Emiratis described as their “9-11.”

Prior to all this was then-candidate Biden’s characterization of Saudi Crown Prince Mohammed bin Salman as a “pariah.” This was, of course, based on the murder of the US-based Saudi journalist Jamal Khashoggi, in his country’s Istanbul consulate. The President’s open disdain for MbS, as he is known, would continue to color US relations with Riyadh for the first year and a half of the Administration.

These developments, as well as regional concerns about US retrenchment from the Middle East in the context of the “pivot to Asia,” and Washington’s articulated reluctance to use military force, led Riyadh and Abu Dhabi to conclude that the US was no longer a trusted security partner.  As a result, both Saudi Arabia and the UAE started hedging, looking to diversify their strategic relationships.  Accordingly, Riyadh is building a ballistic missile factory in the kingdom with the help of Beijing; the UAE is buying Chinese fighter jets, and the PRC was reportedly, at least until relatively recently, to be constructing a naval port near Abu Dhabi.

The desire of long-standing Gulf partners to look beyond Washington for security cooperation complicates attempts to repair the ties. So too do the strained interpersonal dynamics.   MbS reportedly wouldn’t take a phone call from President Biden, and is said to have prepared a lengthy list of demands to be satisfied prior to a rapprochement with Washington.  Meanwhile, Crown Prince of Abu Dhabi, Mohamed bin Zayed or MbZ snubbed Central Command’s (CENTCOM) General Kenneth McKenzie when he visited weeks after the Houthi strikes and refused to meet in the Emirates with Secretary of State Anthony Blinken to accept his apology for the delayed US response to these attacks. (The two ultimately met in Morocco).  Nor will MbS or MbZ entertain Biden Administration entreaties to break with Russia and OPEC+ and increase oil output to lower global market prices of the commodity.

While a shellacking in the 2022 mid-term US Congressional elections might change the Biden Administration’s approach, Washington’s Gulf partners don’t seem to be betting on it. Rather, it appears that both Saudi Arabia and the UAE are hunkered down, awaiting—indeed hoping—for the political transition in the White House, from a Democratic to Republican Administration in 2024.  With energy prices spiking, Iran undermining stability throughout the Middle East, and a growing US need for regional support in the area of great power competition, the worsening state of relations comes at an especially bad time.

Bilateral relations with these longtime partners are nearing, if they already haven’t reached, a crisis point.  While the prospects for improved ties appear bleak, however, it’s important to remember that Washington has overcome challenges in the past with its Gulf Allies.

In 1973, OPEC, led by Saudi Arabia launched an oil embargo against the US in an effort to pressure Washington to end its support for Israel during its war with Egypt and Syria. The embargo quadrupled the price of oil, triggering stagflation and a US stock market crash. The September 11, 2001, Al Qaida terrorist attack on the United States which killed nearly 3000 also strained US-Saudi relations, as 15 of the 19 terrorists hailed from the kingdom. Subsequent US legislation, the Justice Against Terrorism Sponsors Act, or JASTA, removed Riyadh’s Foreign Sovereign Immunity which, in 2018, allowed victims to sue Saudi Arabia and seize US-based assets, further stressed ties. More recently, in 2020, President Trump threatened MbS that Congress would withdraw all US troops from the kingdom if OPEC did not reduce oil output from a level which was driving global prices down and putting the American fracking industry at risk.

Over time, in all of these cases, Washington and Riyadh were able to resolve differences and get the bilateral relationship back on track. To be sure, repairing relations with Gulf partners now will be more complicated than in the past.  It is, after all, an increasingly multipolar world, and Saudi Arabia and the UAE have deep and burgeoning economic and security ties with China and Russia.  While Washington’s Gulf partners realize that neither Moscow nor Beijing can replace the US, at the same time these states have little confidence they can rely on the US playing its traditional regional security role.

Even if the US “pivots” to Asia, the Middle East will remain an important region for Washington.  In addition to continuing to ensure the unobstructed flow of oil through the Gulf, the US will continue to be focused on limiting destabilizing Iranian activities and pernicious Chinese and Russian influence throughout the region.  A robust US diplomatic and military presence will be critical to revitalizing and maintaining local partnerships to achieve these goals. But to re-establish these kind of relationships, the US is first going to have to convince its’ currently unconvinced erstwhile partners that it is a reliable ally.

To reset the relationship with Riyadh, it’s going to be necessary for the Administration to move beyond Khashoggi.  What occurred to this Saudi national was objectively atrocious, and the Trump Administration designated some 17 Saudi security officials for their role in this outrage.  But US national interests are not well served by attempting  to isolate and punish the likely future sovereign of the kingdom. The Biden Administration’s scuttling of US-Saudi relations to punish MbS for his assessed involvement in the killing sets an unhelpful precedent for the future. Should Washington also be obliged to designate Egypt President Abdel Fatah el Sisi’s son, Mahmoud—a senior official in the Egyptian General Intelligence Service—for the organization’s role in the 2016 torture and murder of Italian national Giulio Regeni?

The Administration’s name calling is also counterproductive. Just weeks after NSC Middle East director Brett McGurk and State Department Special Envoy for Energy Affairs Amos Hochstein traveled to Riyadh to persuade Saudi Arabia to increase oil output, the White House reiterated its criticisms of the kingdom. President Biden “stands by the comments,” White House Spokesperson Jen Psaki said, when asked on March 7, 2022 about an earlier  pledge to make the Kingdom “the pariah that they are.” The Administration’s Saudi mantra neither punishes MbS nor advances US interests, and will not help improve bilateral ties.

Rebuilding confidence is going to be difficult, especially given the US military’s increasing attention on Asia. Absent the flow of additional US forces and equipment to the Middle East, one way to reassure partners would be for US Central Command or CENTCOM to coordinate and help establish a regional defense architecture vis-à-vis Iran—including missile defense—that includes Israel, Jordan, the UAE, Bahrain, and any other states that wish to participate.  While these states are already cooperating on defense issues, CENTCOM and the US military can provide not only technical expertise, but invaluable convening power.

These steps may help restore some confidence in Washington vis-à-vis Iran. From the Saudi and Emirati perspective, however, there is no substitute for a US partner with the will to militarily deter and/or punish Iran’s regional aggression.

To be sure, the troubled ties between Washington and its Gulf partners Riyadh and Abu Dhabi isn’t merely attributable to Biden Administration policy blunders. Saudi Arabia and the UAE, for example, have failed to recognize the increasing centrality of great power competition to US policymakers, both Republican and Democrat alike.  Regardless, as the traditional formula of oil for security and Pax Americana in the Gulf undergoes a transformation, US partnerships with Riyadh and Abu Dhabi remain mutually beneficial, a boon for regional stability, and worth the effort to preserve.  It is incumbent on the Biden Administration to take steps to repair these faltering bilateral relationships.

David Schenker is a senior fellow and director of the Program on Arab Politics at the Washington Institute for Near East Policy and a former assistant secretary of state for Near East affairs during the Trump administration.