“Foreign interference” is a phrase often heard in the Middle East.   In the pre-modern era, Muslim dynasties continuously challenged each other.  The idea of “foreign” intrusion was, however, religiously defined:  there were Greek and Latin Christians in the west, Mongol Shamanists and Hindus to the east.  The recurring and intense wars between the Ottomans and the Safavids, where sultans and shahs attempted in their diplomatic correspondence to strip each other of legitimacy, were an intramural match, despite the Sunni–Shiite clash, where victory on the battlefield determined who owned what. 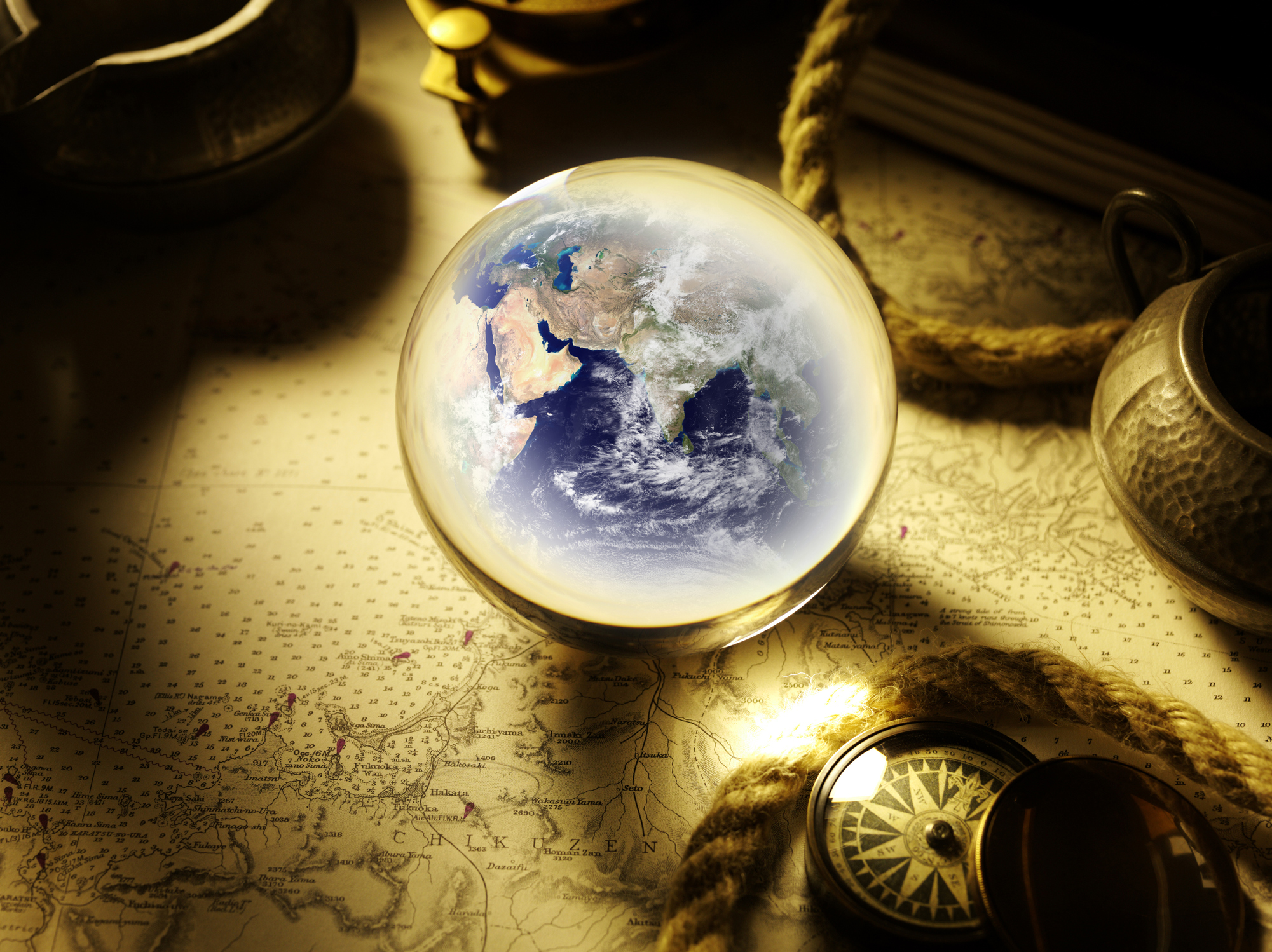 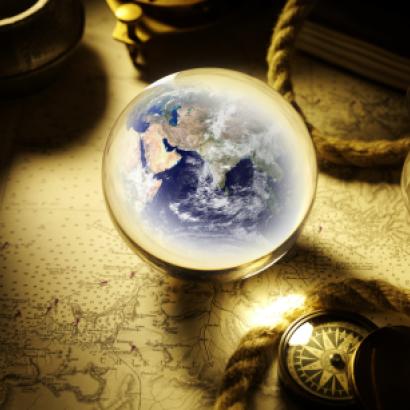 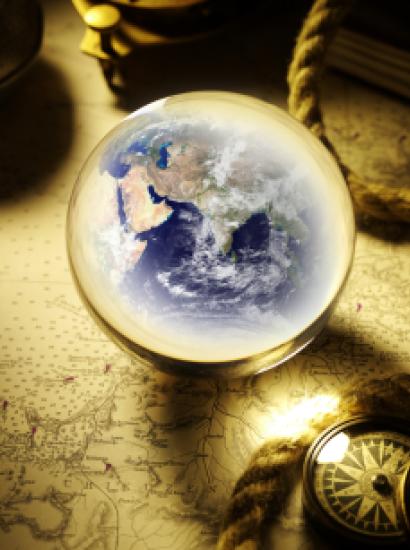 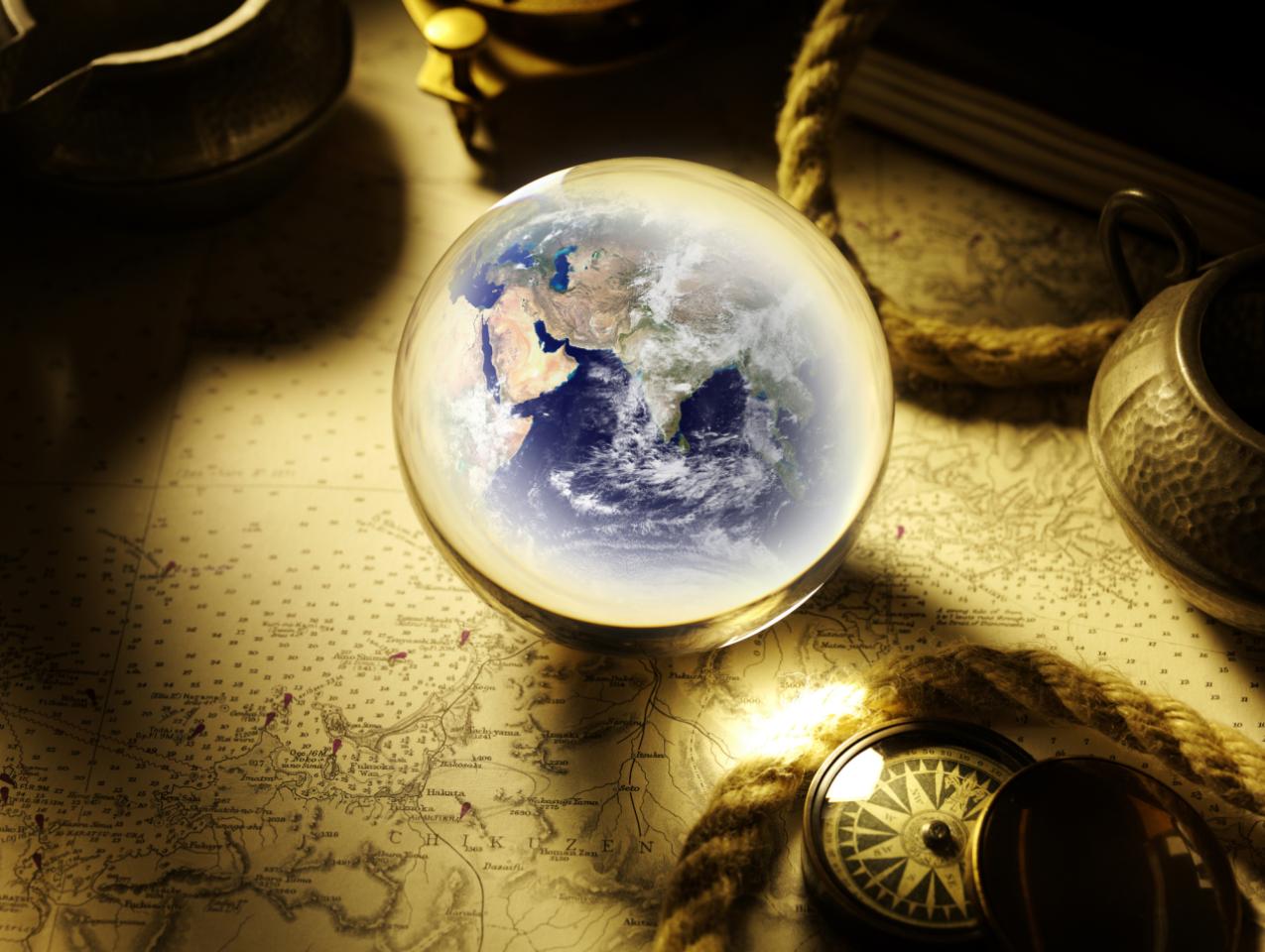 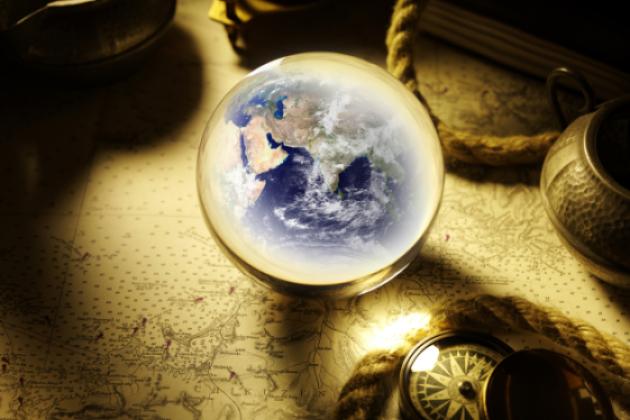 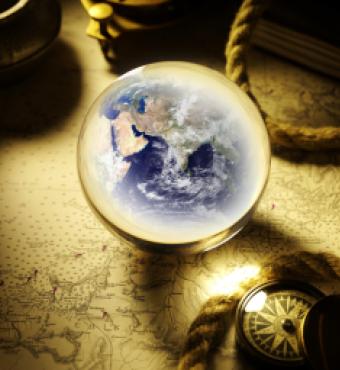 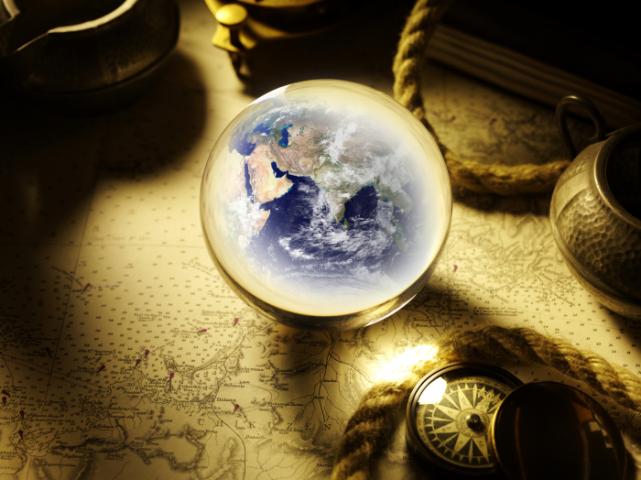 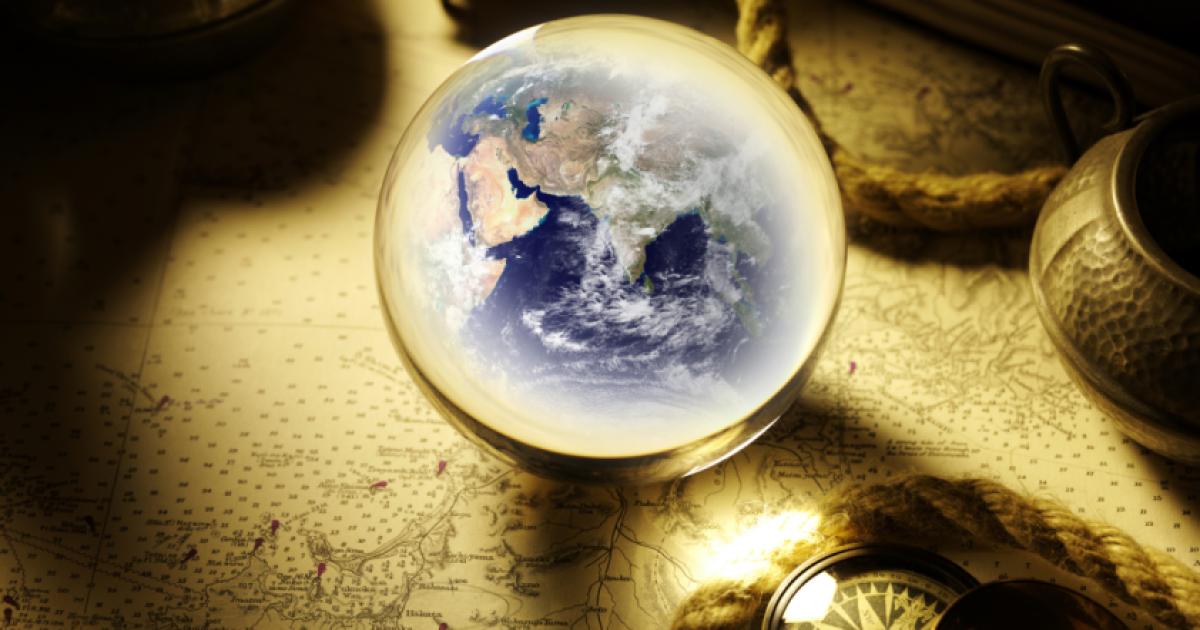 “Foreign interference” is a phrase often heard in the Middle East.   In the pre-modern era, Muslim dynasties continuously challenged each other.  The idea of “foreign” intrusion was, however, religiously defined:  there were Greek and Latin Christians in the west, Mongol Shamanists and Hindus to the east.  The recurring and intense wars between the Ottomans and the Safavids, where sultans and shahs attempted in their diplomatic correspondence to strip each other of legitimacy, were an intramural match, despite the Sunni–Shiite clash, where victory on the battlefield determined who owned what.  The Islamic Republic’s ruling elite today has more than a whiff of this older, more religious mindset, seeing borders to the west, towards the Shiite shrines of Mesopotamia and the Levant, as permeable.  When senior Iranian clerics and Revolutionary Guardsmen reject others calling their foreign military interventions “imperialist,” they aren’t showing their Marxist sentiments as much as they are their Islamic sensibilities.  That sensibility has led some, like the late Revolutionary Guard general, Hosein Hamadani, who died in the battle of Aleppo in 2015, to see the Syrian conflict as essential for the survival of the Islamic revolution at home.

In the Middle East today, the Russian and Iranian axis has shown the efficacy again of non-Western alliances.  One day soon, China may rival the Americans, Europeans, and Russians in the delivery of high-end weaponry to the world’s most lucrative arms bazaar, where Western nations have repeatedly sold weapons to societies that cannot handle such expensive, complicated armaments.  Most of the wars of the modern Middle East could not have happened unless outside powers supplied the tools and know-how to keep war-machines running.  Saddam Hussein likely would not have dreamt of invading revolutionary Iran in 1980 unless he was reasonably confident that the Soviet Union would back him.   The Saudis simply can’t operate for long unless the United States is willing to keep Saudi soldiers, sailors, and airmen in the field.  If Washington stopped military aid to Riyadh and Abu Dhabi, the Yemen war likely wouldn’t end, but the Shiite Houthis, with continuing Iranian support, would decisively gain the upper hand.

But the most unnerving specter in the region is probably the fear that the United States isn’t willing to counter the Russo–Iranian alliance.  The Russians and the Iranians, who’ve effectively been in control of the Syrian armed forces since the battle of Aleppo, have slaughtered hundreds of thousands—tens of thousands of women and children.  The West prefers to look at the Syrian conflict as an enormous humanitarian tragedy, the bloodiest denouement of a failed Arab Spring, an awful civil war, pitting in the end the Assad regime versus Sunni jihadists.  In the machtpolitik Middle East, it is a litmus test:  who is willing to kill and die, as are both the Russians and the Iranians?

America is the only great Western power still capable of projecting sufficient power to deter or destroy foes.  The Israelis have certain aerial capabilities, which they have been using aggressively against Iran’s Revolutionary Guards and allied militias in Syria.  And minus the recent missile barrages from Gaza, which may have been encouraged by the Islamic Republic, Tehran has been unable, likely unwilling, to respond for fear of even larger Israeli air assaults.  But there are limits to Israeli punishment. The Israeli army isn’t invading Syria.  Israeli special forces just cannot rain down the hell that has become a specialty of American elite units working with the U.S. Air Force.    If it so chooses, Washington can keep special forces in Syria indefinitely, effectively thwarting the land route from Iran to Lebanon.   But that commitment remains precarious.  Trump aside, Washington may no longer view the Middle East as a strategic theater worth the loss of American life.

Staring at American reticence, with probably a solid majority of the American people in agreement with the president about the Middle East as “sand and death,” Arab rulers have discovered the downside of dependency on the United States.  Trump’s determination to withdraw from the nuclear accord, the Joint Comprehensive Plan of Action, has met with wide approval among the sheikdoms of the Persian Gulf (Qatar being a possible exception).  But questions remain about America’s steadfastness given Trump’s erratic performance in Syria, his eagerness to have “unconditional” talks with Tehran, and the Democrats’ growing disinterest in the Middle East (beyond the Israeli-Palestinian imbroglio) and their drift towards a pro-Iranian-cum-anti-Saudi stance.

And with no global Cold War to consume Washington’s attention and divert troubling questions about local governance, many Americans have started injecting more morality into how they assess Muslim rulers, at least if they are Sunni and allied to the United States.  The fear of Islamic militancy (après le dictateur, le déluge) and the failure of the Arab Spring’s revolts against tyranny to produce democracy beyond Tunisia tempers this disposition a bit, but not nearly as effectively as did the Cold War clash of civilizations.   With the Soviets, America had an existential struggle; with the Iranians, it doesn’t.  Saudi crown prince Muhammad bin Salman and Egyptian president Abdel Fattah el-Sisi have created nasty police states, and their standing in America suffers, perhaps irreparably.

Even at the height of its power, the United States never guaranteed a Pax Americana in the Middle East; it did, however, have a bipartisan consensus that the region was central to American security (oil imports focused the mind), aggressive, Orwellian savages, like Saddam, had to be checked, and that the Islamic Republic intended Washington harm.    That changed with Barack Obama, who commenced in earnest America’s downsizing and embraced the idea that the Iranian regime and Saudi Arabia needed to share the Middle East while the JCPOA provided the “decent interval” for U.S. commitments and responsibilities to decline.  With his personal relationship with the Muslim world, his ample self-confidence, and his discomfort with American power,  Obama may have really believed he could traverse ideology and history and transform the clerical regime’s loathing of the United States into something friendlier.

But without American power to intercede against Russia aligning with the region’s only revolutionary state (the Islamic Republic has been able to deploy into combat large numbers of non-Iranian, sectarian militias—a first for a modern Muslim country), Iran has become the dominant power of the northern Middle East.  The Trump administration’s sanctions war against Tehran may enfeeble the clerical regime’s ambitions; it may only delay them if the supreme leader, Ali Khamenei, agrees to new talks with Washington.  Diplomacy could lead Trump, as it did Obama, to massive sanctions relief for a nuclear accord that ignores the Islamic Republic’s regional ambitions.

Containing Tehran would certainly be hard and would require President Trump to abandon, or at least seriously revise, many of the arguments that he has made against the wars in Iraq and Afghanistan.  He would have to make the case, to Congress and the American people, for a sustained intervention, to risk daily the possibility of war, which is inseparable from any containment strategy.  But the president hasn’t really made the case, so far, that stopping the Islamic Republic’s nuclear-weapons quest is even worth a fight.  Trump is surely hoping that successful economic warfare—the Iranian regime cracks or acquiesces to a nuclear “grand bargain”— obviates the need for any other action.

Trump’s strategic paradigm for the Middle East—Washington draws nearer to Sunni Arab states to build an Arab alliance against the Islamic Republic—is predicated on Trump’s distaste for America being a global cop.  In theory, this alliance would allow the United States to carry a lighter load.  In practice, it won’t.  The Iranians and the Turks have been the heavy-weights of Islamic history since the 9th century.  There’s nothing about the Gulf Arabs (rich, weak, and, in Saudi Arabia’s case, familiarly unstable) and the Egyptians (bankrupt, barely functioning, and not particularly anti-Shiite) that challenges this historical narrative.  The Russians have, by far, the stronger axis:  the Islamic Republic and Turkey (and Racip Tayyip Erdogan’s philo-Islamist Turkey, despite its issues with Russia and Iran, isn’t coming back to America’s fold).

Without Washington muscularly surveilling the Middle East, the Gulfies will continue do what they shouldn’t:  spend even more money on defense. Washington ought to view the sheikdoms as fragile states—especially Saudi Arabia, which fiscally is galloping towards disaster.  Unless America can permanently cripple the Islamic Republic, these states will either severely stress their own capacities or acquiesce to Iranian dominance or, more likely, do both.  And Tehran will do its utmost to ensure that Iraq, the lynchpin of the region, remains unsettled, that no modus vivendi develops between the Sunni and Shiite Arabs and the Kurds.  For Iran, subverting Iraqi democracy, which is polarized, corrupt, but not dead, is essential.

The unexpected could happen:  the Islamic Republic’s massive internal contradictions—an unpopular theocracy struggling against economic decline, rising nationalism, and a long Iranian quest for representative, constitutional government—could get the better of the mollahs.  Barring a felicitous upheaval in Persia, however, the Old World’s revisionist powers, who intervene guiltlessly and rapaciously, are likely to realign the Middle East in ways that the United States, Europe, and Israel will find most unpalatable.