The Fractured Himalaya: How The Past Shadows The Present In India-China Relations

The Hoover Projects on China’s Global Sharp Power and Strengthening US-India Relations invites you to The Fractured Himalaya: How the Past Shadows the Present in India-China Relations on Tuesday, September 14, 2021. 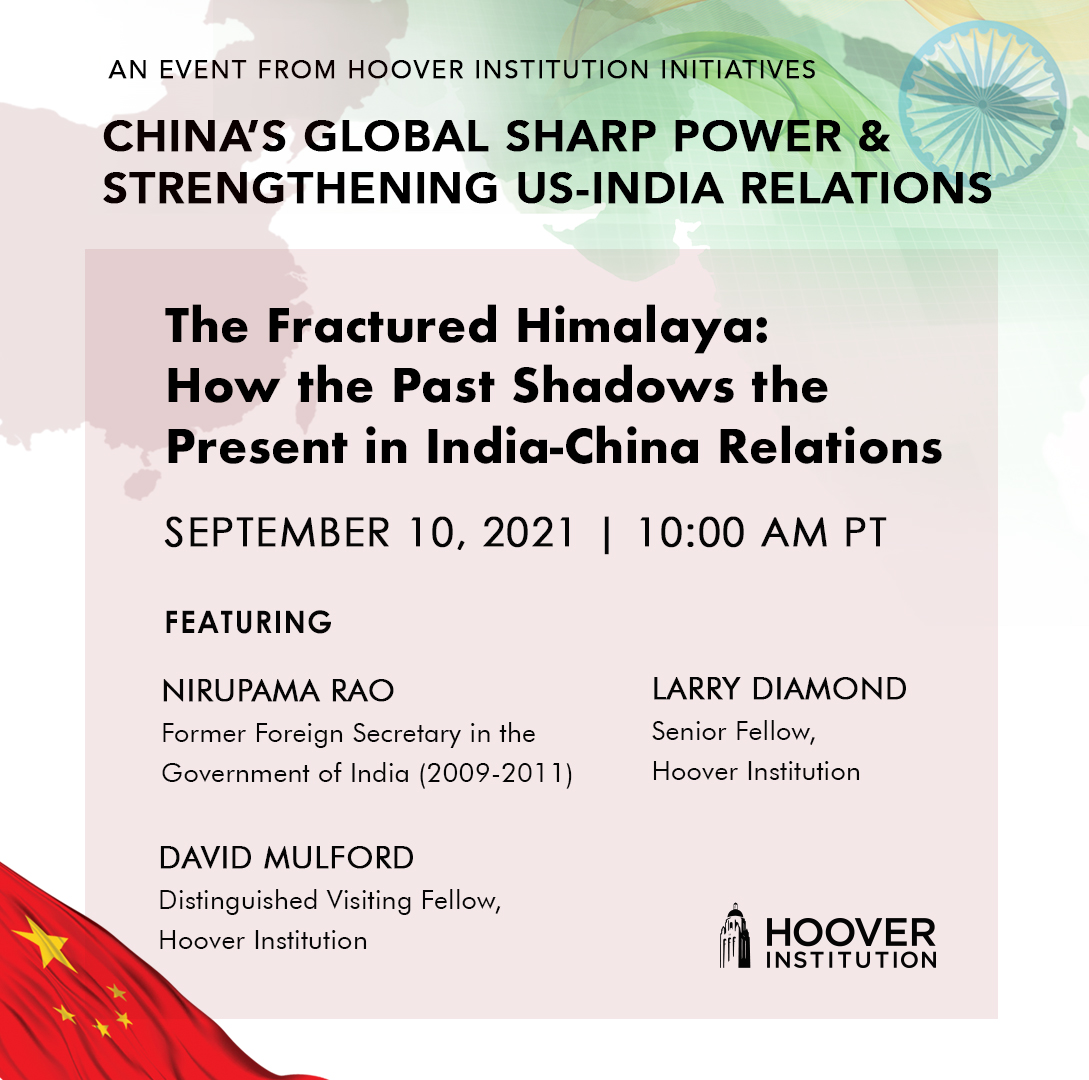 The Fractured Himalaya: How The Past Shadows The Present In India-China Relations 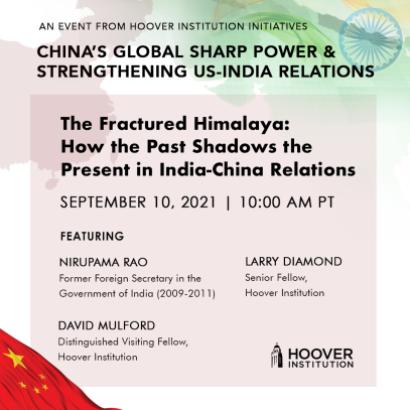 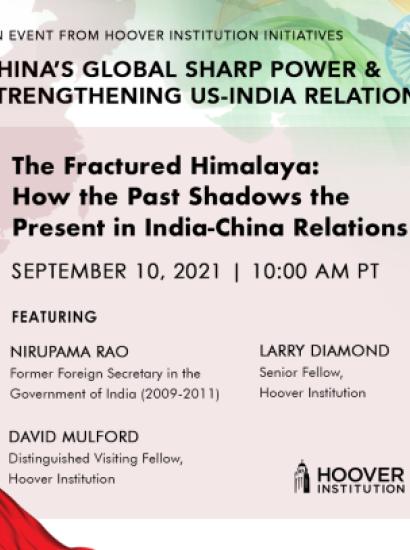 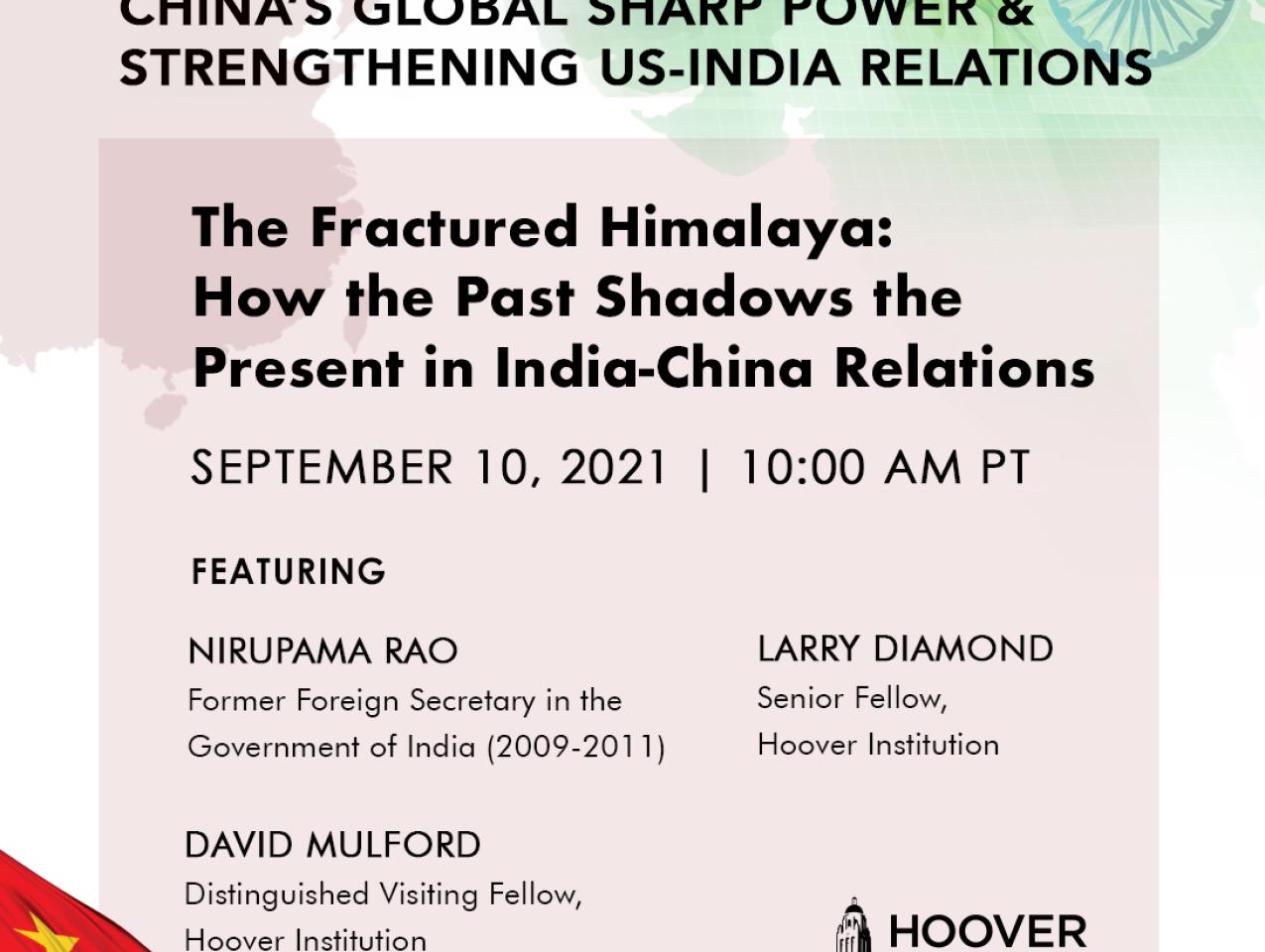 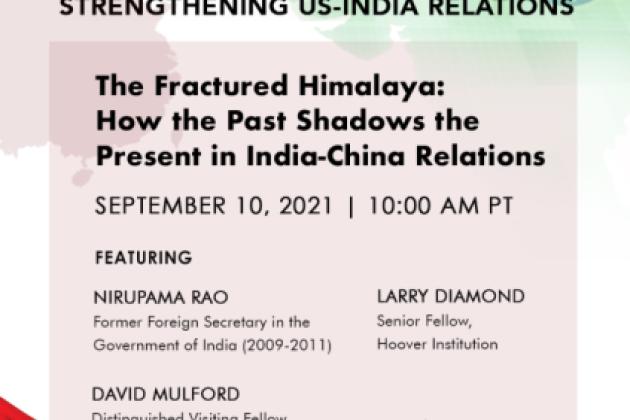 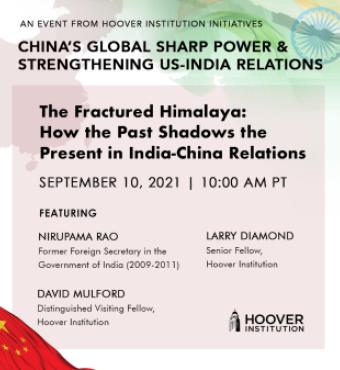 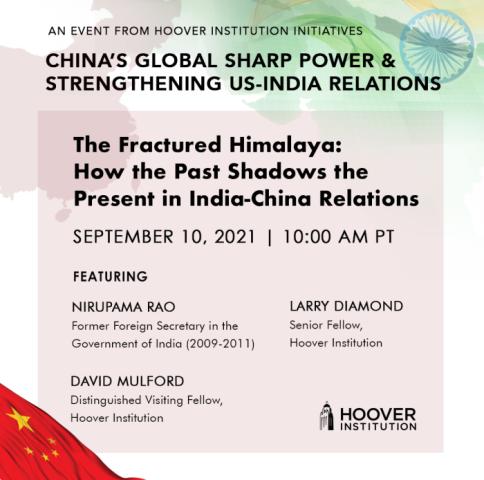 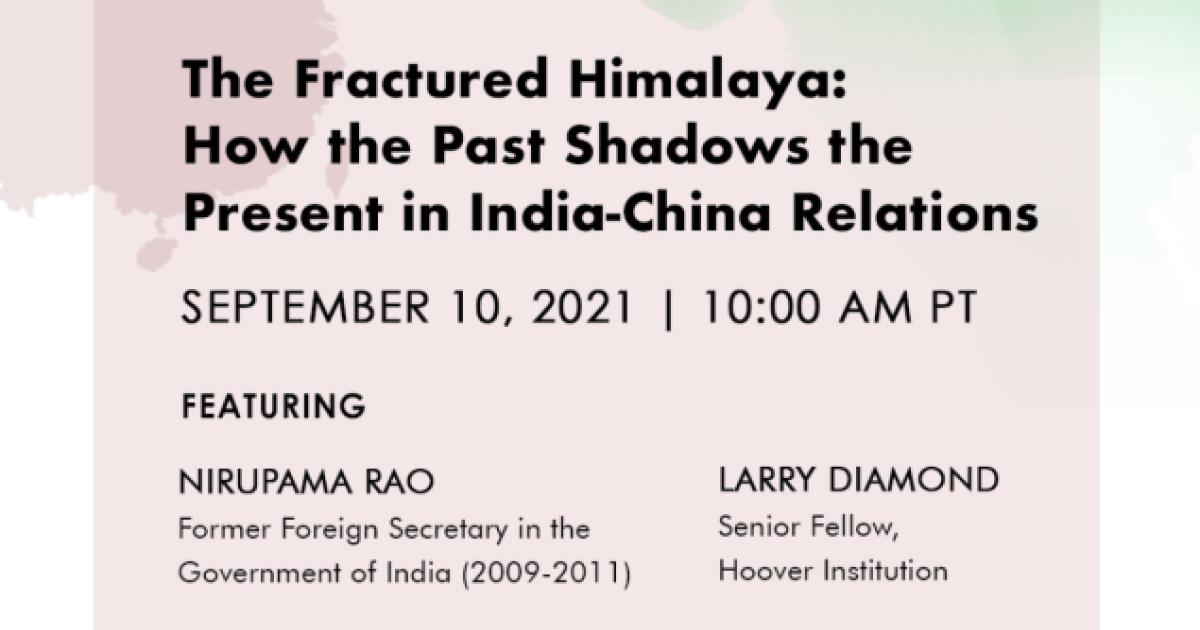 Hoover Podcasts
The Hoover Projects on China’s Global Sharp Power and Strengthening US-India Relations invites you to The Fractured Himalaya: How the Past Shadows the Present in India-China Relations on Tuesday, September 14, 2021.

In this lecture based on her forthcoming book, Secretary Rao will trace how the origins of the dispute between India and China form part of a living history that shapes their fractious relationship today. Understanding this complex panorama yields lessons for all of us who seek a wider perspective on China and its profile in the Indo-Pacific.

ABOUT THE SPEAKERS
Nirupama Rao was Foreign Secretary in the Government of India (2009-2011) and earlier served as Spokesperson of the Ministry of External Affairs, High Commissioner of India in Sri Lanka and Ambassador to the People’s Republic of China. She was Ambassador of India to the United States from 2011 to 2013. On retirement, Rao was a Fellow at Brown University and also taught there from 2015-16. She was George Ball Adjunct Professor at Columbia University in Fall, 2018. In 2019 she was a Pacific Leadership Fellow at UC San Diego. She is a Global Fellow of The Woodrow Wilson Center, Washington DC, a Member of the Board of Governors of IIM, Bangalore, ICRIER, New Delhi and the Board of the U.S India Business Council. She holds a degree of Doctor of Letters (Honoris Causa) from Pondicherry University and is a recipient of the Vanitha Ratna Award of the Government of Kerala.

Larry Diamond is a senior fellow at the Hoover Institution, where he leads the projects on China’s Global Sharp Power and on Taiwan in the Indo-Pacific Region. He is also a senior fellow at the Freeman Spogli Institute for International Studies (FSI) and a Bass University Fellow in Undergraduate Education at Stanford University. His most recent book is Ill Winds: Saving Democracy from Russian Rage, Chinese Ambition, and American Complacency (2019).

David Mulford is a distinguished visiting fellow at the Hoover Institution. As US ambassador to India (2004-2009), he played a key role in fostering the growing partnership between New Delhi and Washington. Amb. Mulford has also served as chairman international at Credit Suisse, assistant secretary and undersecretary of the Treasury for international affairs (1984-1992), and senior investment advisor to the Saudi Arabian Monetary Agency (1974-1983). He has a DPhil from Oxford University.