A Green Light For Russian Hegemony

The US-German decision not to block Nord Stream 2 pipeline clears the way for Putin to tighten his grip on Ukraine and defy Europe. 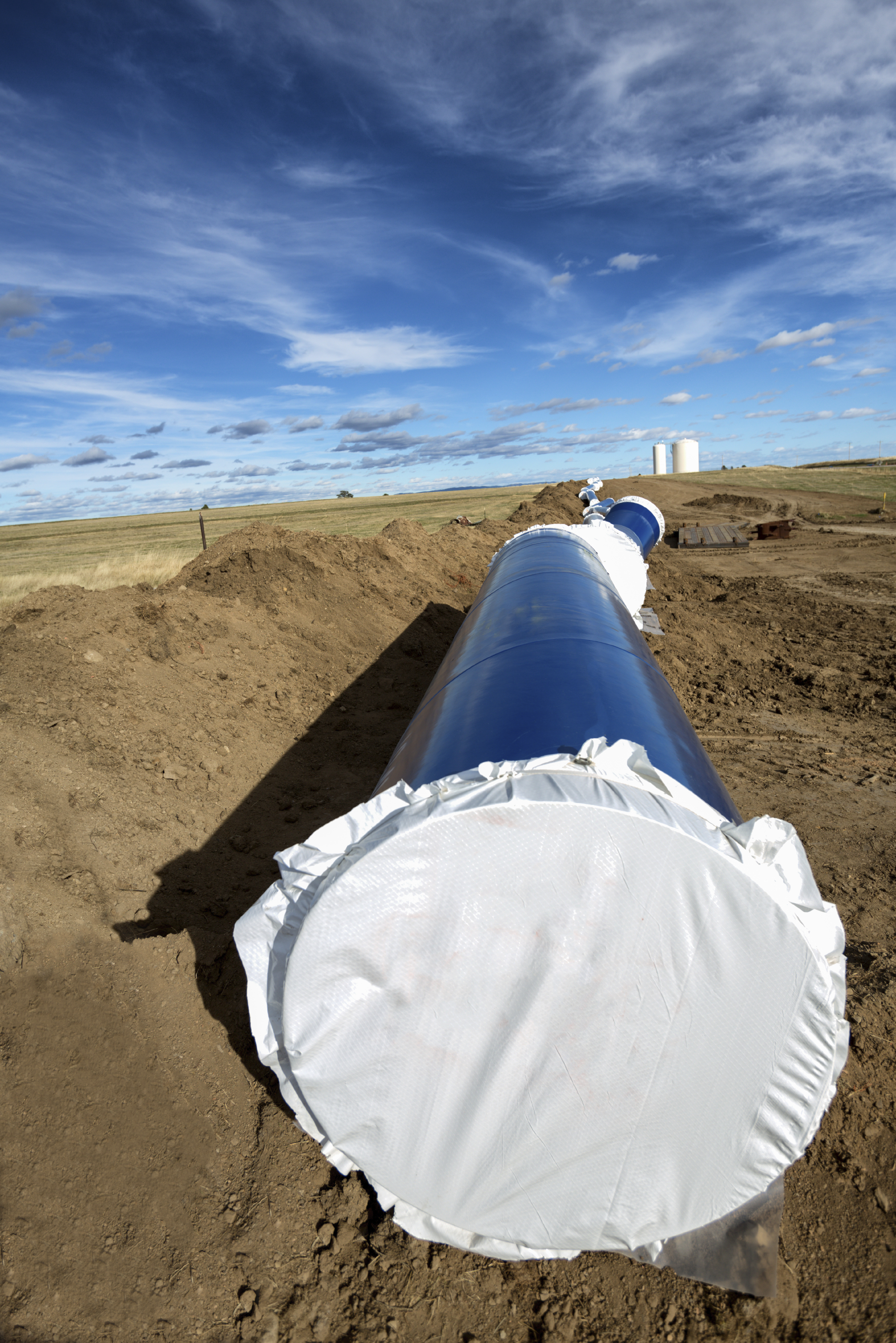 A Green Light For Russian Hegemony 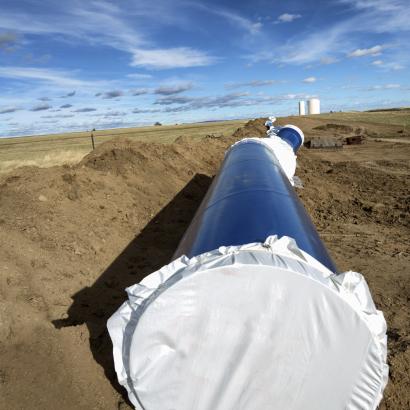 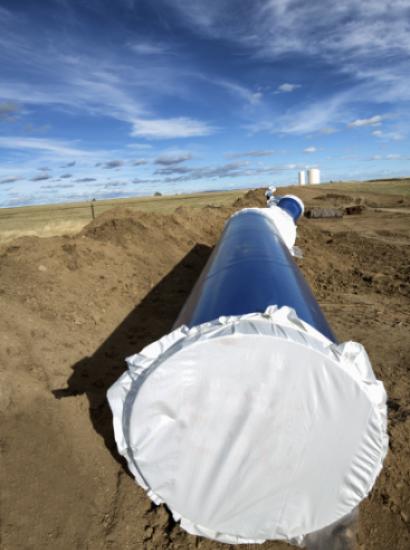 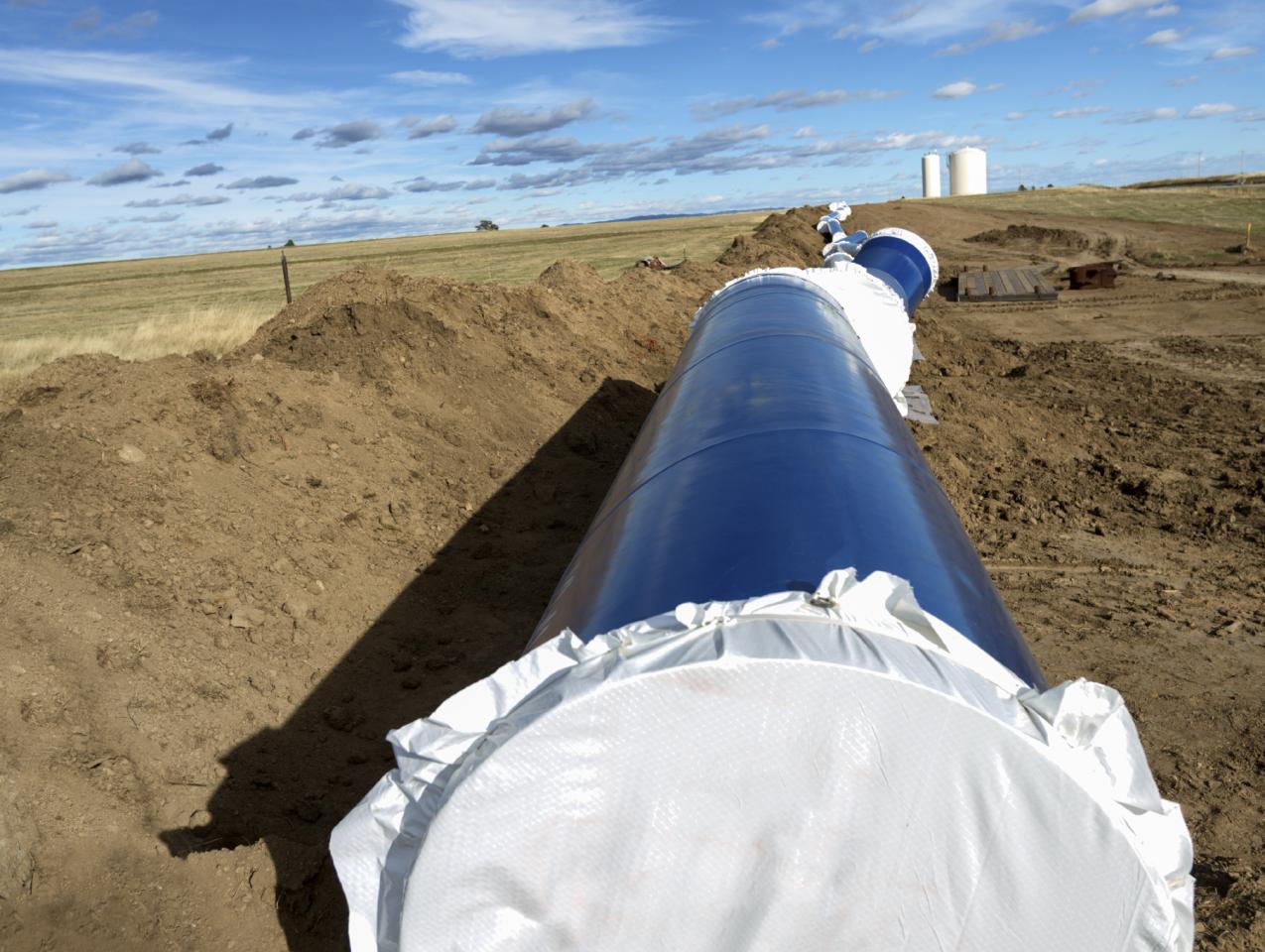 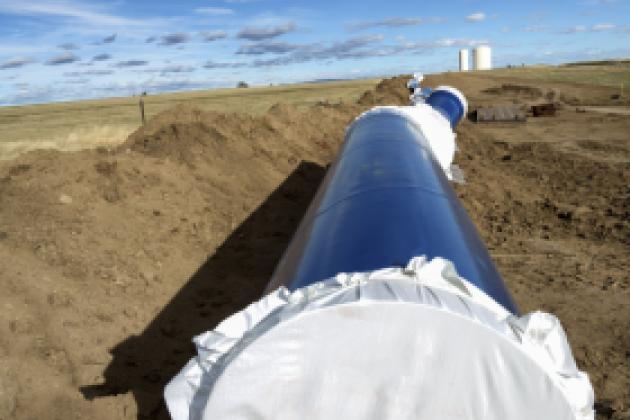 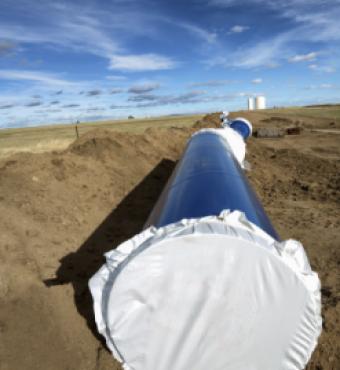 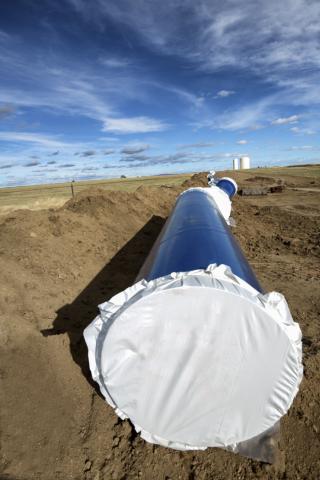 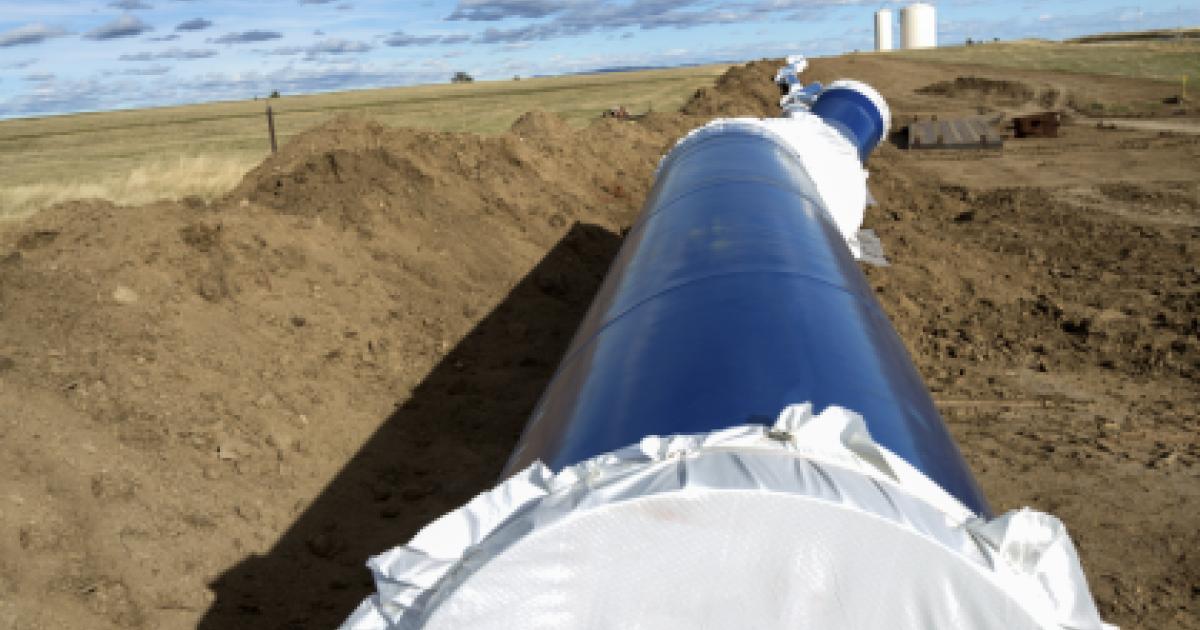 The Biden administration is lifting its opposition to Russia’s Nord Stream 2 undersea pipeline, according to a joint US-German announcement last week. This decision gives Russia’s President Vladimir Putin his Holy Grail: a Europe fueled by Russian energy. Even better, Putin will give up nothing in return. Instead, he can continue his aggressive posture in the Black Sea and his threats to Ukraine’s statehood. Ukraine will lose transit fees and, more important, the geopolitical protection of Russian gas transiting to Europe via its territory. Although Nord Stream 2 was built expressly to bypass Ukraine, Ukraine is supposed to believe German Chancellor Angela Merkel’s promise that its pipelines will continue to transport Russian gas in meaningful volumes. The current arrangement brings Ukraine about $3 billion a year in transit fees.

The Biden-Merkel deal brings to mind British Prime Minister Neville Chamberlain return from Munich in 1938 after having sold out Czechoslovakia to the Nazis. As writes experienced observer Timothy Ash: “The optics of this are just stunning. Germany and the USA deciding on Ukraine’s future, without even giving them a seat at the table. It’s perverse that the one country that Nord Stream 2 impacts is not included in the negotiation process. It is expected to take whatever the US and Germany agree.”

As outrage mounts in Ukraine, the US Senate, the Baltic states, much of Eastern Europe, and Ukrainian émigré organizations, President Biden justifies his deal as a goodwill gesture to repair the damage done by the Trump administration to German-American relations. The White House fails to note that most of Europe is opposed to the deal. The two previous US administrations also stood against the development of the pipeline. Biden, remarkably, says he too remains “emphatically” opposed to Nord Stream 2 but has struck the deal to bolster European unity against Russia.

Chancellor Merkel, for her part, continues to justify Nord Stream 2 as a purely commercial undertaking, while ignoring Europe’s fear of Russia’s economic and political dominance through energy. Merkel knows as well as anyone that Nord Stream’s ultimate owner and operator, Gazprom, is not a commercial entity but Russia’s “ministry of gas.” As such, it carries out Kremlin foreign policy and fills Putin’s coffers for his next mischief.

Meanwhile, Ukraine, a US ally and frontline bulwark against Russian aggression, interprets the Biden move as a betrayal by its most important defender. Ukraine’s anger has been intensified by purported requests from Washington to keep quiet on its opposition to the Berlin-Washington deal. The angry reaction did free up a date for Ukraine’s President Volodymyr Zelenskiy to meet with Biden, who chats regularly with Putin, but Ukraine objects that the late-August meeting date coincides with the congressional recess and denies Ukraine the opportunity to meet with key lawmakers.

Ukraine now understands with great clarity that it cannot count on empty assurances that Merkel and Biden are “absolutely united in [their] conviction that Russia must not be allowed to use energy as a weapon to coerce or threaten its neighbors.” In fact, that is exactly what Russia is doing, and it is clear to all.

Adding insult to injury is the proposed $50 million to $70 million investment in Ukraine’s renewable energy to compensate for losses due to Nord Stream 2. At current prices, this investment would buy fewer than one hundred wind turbines for Ukraine’s fledgling green energy industry—but it would garner points in Germany and the United States from their green lobbies.

Even more important than Ukraine’s loss of $3 billion in annual transit fees will be the loss of geopolitical clout as Russian gas bound for Europe bypasses Ukraine. Without Nord Stream 2, Ukraine could shut down half of Russia’s deliveries from arctic fields if Russia were to invade Ukrainian territory. Ukrainian pipelines will no longer constitute the best defense against further Russian military encroachment on Ukrainian territory.

As Zelenskiy told US lawmakers: “Nord Stream 2 is not just about energy security, which all diplomats and politicians are referring to. It is a separate powerful weapon, which is being put into the hands of the Russian Federation today.”

Although Russia designed Nord Stream 2 specifically to bypass Ukraine, Merkel and Biden claim that they can assure Ukraine that Russian gas will continue to flow through Ukrainian pipelines (presumably past the current 2024 contract and in meaningful quantities). Merkel insists of her Russian partner (Nord Stream 2 AG) that Ukraine must remain as a transit country and that the European Union has “a number of instruments,” including sanctions, if Russia were to cut off gas shipments through Ukraine.

Putin has shrugged off EU sanctions so far. Only US sanctions, which Biden is forgoing, seem to bite. Merkel’s pledges to Ukraine have been labelled empty promises. Warnings are cheap, and concrete measures to force compliance are practically nonexistent. Biden, moreover, has shifted the responsibility to Germany to ensure compliance—that is, to a Germany without Merkel, who steps down in September.

Imagine that in the height of winter Russia’s Gazprom announces “maintenance problems” on pipelines that feed into the Ukrainian system. Sorry, the gas must go through Nord Stream 2 if Europe wants hot water. Or imagine that Moscow simply shuts down deliveries through Ukraine, citing the threat of sabotage by Ukrainian extremists. Will Germany follow through on its pledge to forgo Russian gas deliveries in such cases?

There is no doubt that Russia will weaponize energy, contrary to Merkel’s characterization of Nord Stream 2 as a purely commercial venture. Already, gas deliveries through Ukraine have fallen to some half of 2019 levels, as Russia uses its near-monopoly to drive up European-wide prices to historic highs. Russia’s message to Europe: with Nord Stream 2 complete, we are prepared to meet your market needs, but take this as a taste of things to come if you stand in the way of Nord Stream 2.

It is hard to imagine a political game changer at higher levels. As ably summed up by Dylan Carter in the Kyiv Post: “With the completion of Nord Stream 2 looming, Ukraine finds itself on the verge of a catastrophe: in bypassing Ukraine, Russia will be able to economically isolate it and increase the EU’s energy dependence on Russia. Moreover, it gives Russia the leverage to block Ukraine’s accession to NATO and the European Union.”

The Kremlin has already used its gas weapon against specific countries—Ukraine, Eastern Europe, the Baltics—that buck Russia. With Nord Stream 2, the game moves to a Europe-wide playing field.

As Nord Stream 2 deliveries replace those through Ukraine, Europe too loses its main lever against Russian military action. If Russian or Russian surrogate forces make a move, say, to create a land bridge connecting the separatist eastern Donbas region with Crimea, will Germany and Europe turn off Nord Stream 2 and plunge into recession? Or will European leaders beat their chests, issue diplomatic protests, recall ambassadors, and ratchet up sanctions while Putin pockets his latest territorial prizes, his flow of revenue secure?

Russia is gradually disclosing its plans for Ukraine and other nations it believes to be in its sphere of influence. As for Ukraine, Putin has just released a chilling manifesto arguing that Ukraine is an integral part of the Russian world: it never has been and never will be an independent nation, much less a member of the EU or NATO. As Ukraine’s Western allies back away once they discover the true cost of supporting Ukraine, Ukraine will be “invited” back into Russia’s arms.