The state wants to force pork producers nationwide to follow its rules, a demand that would snarl commerce. 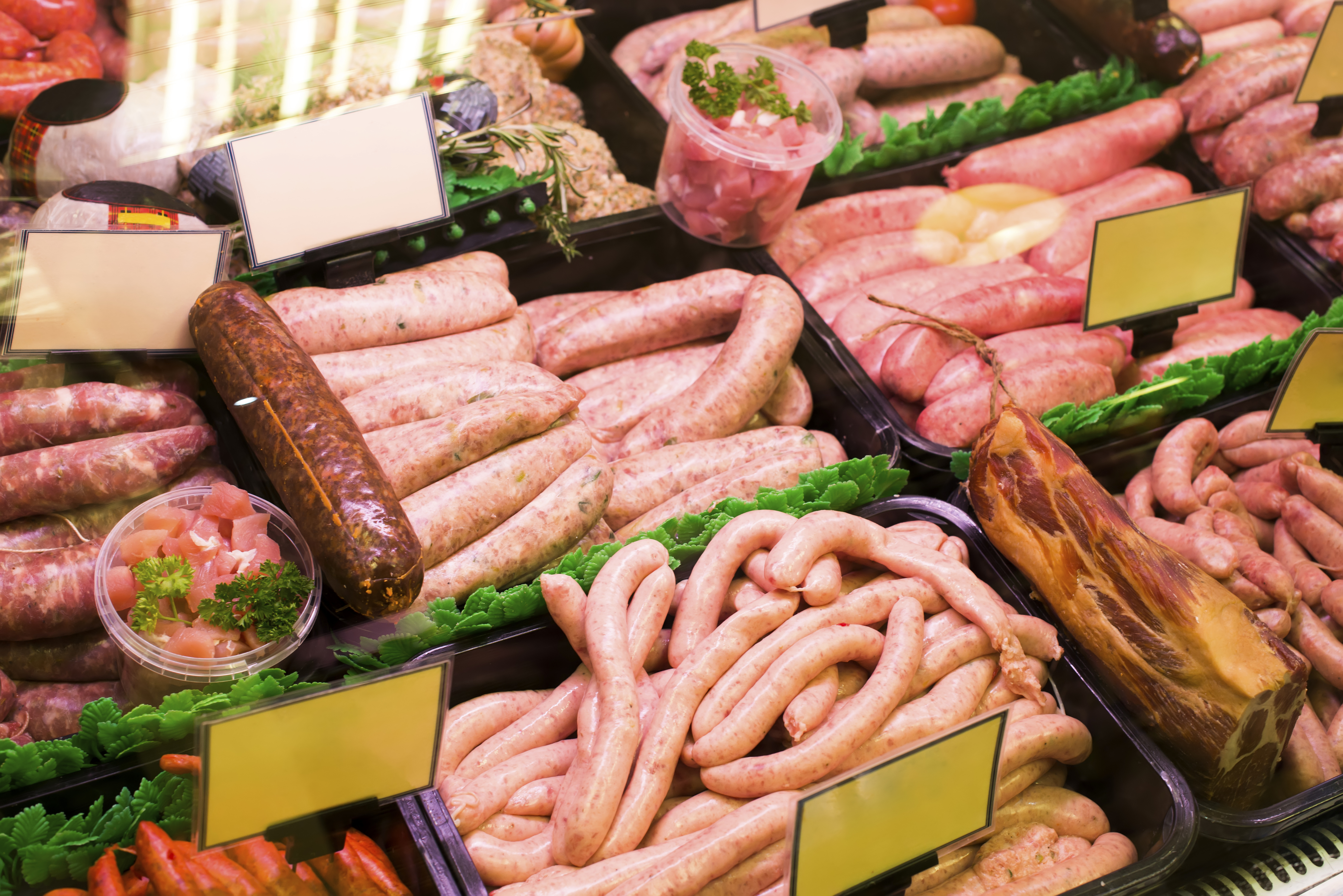 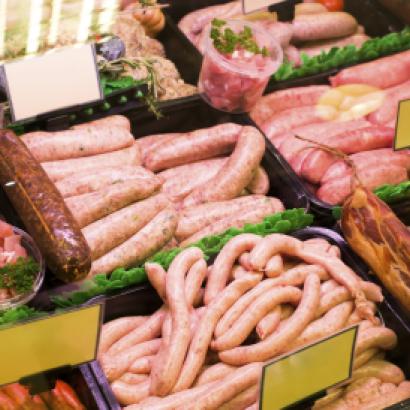 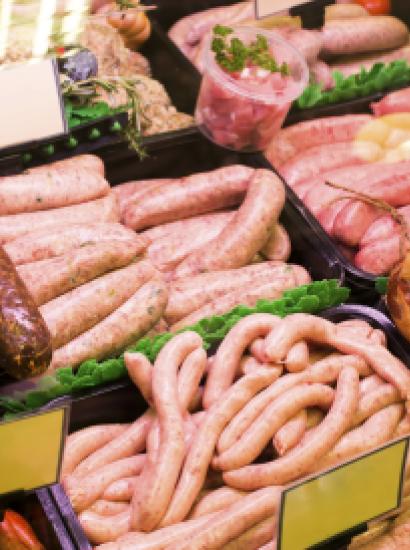 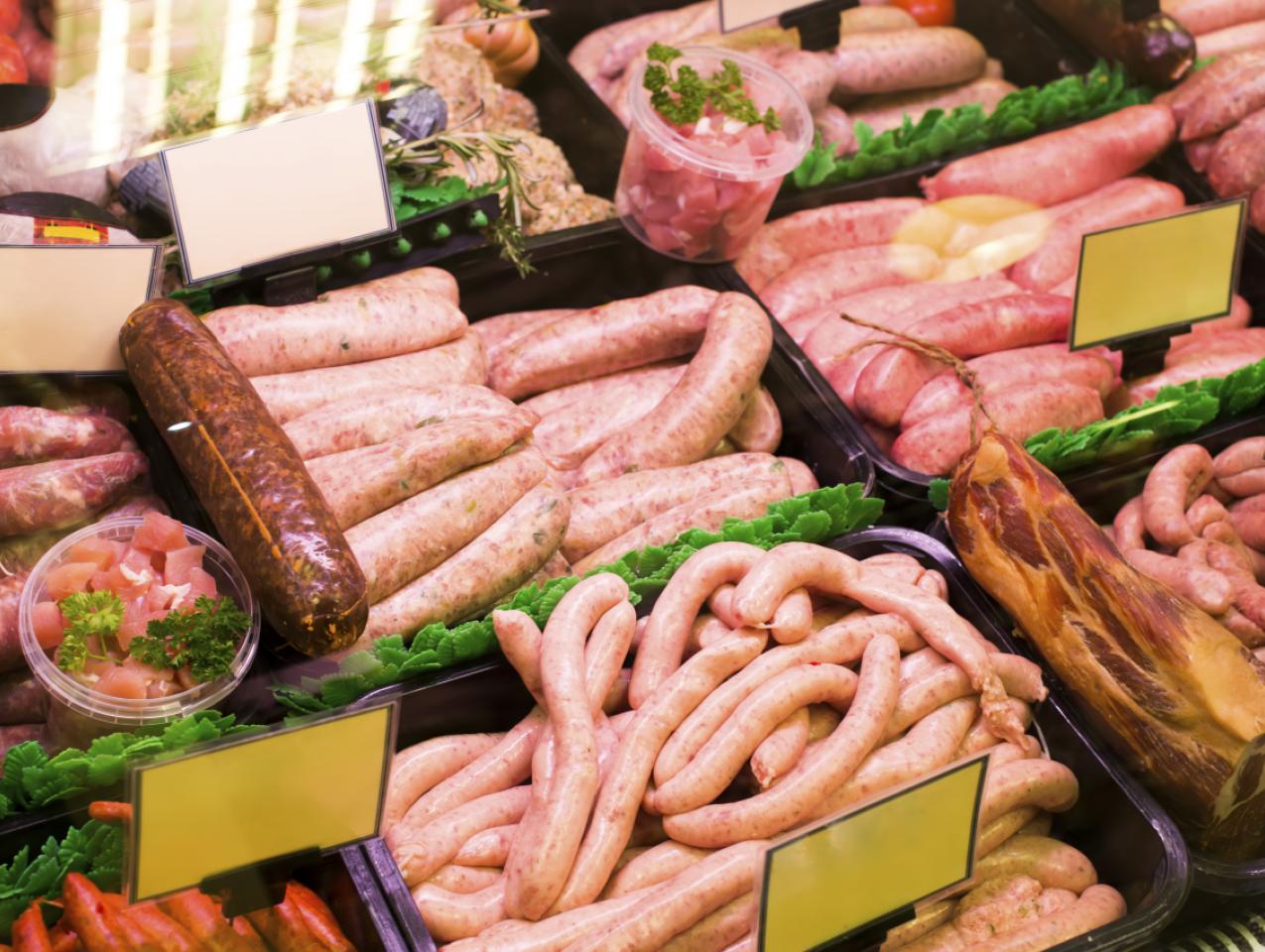 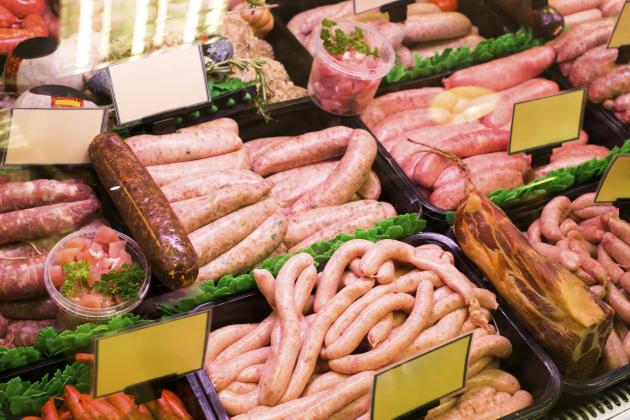 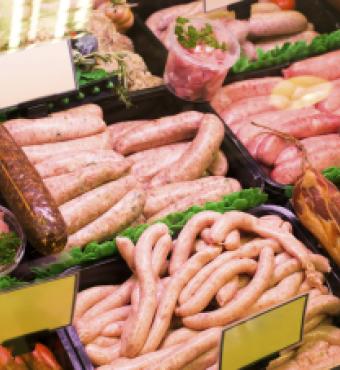 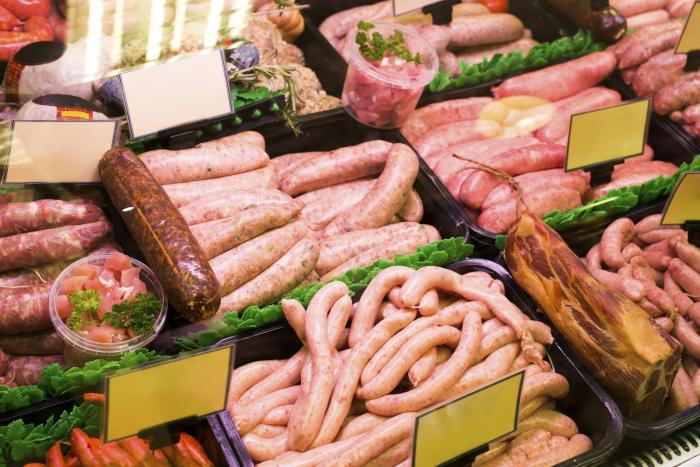 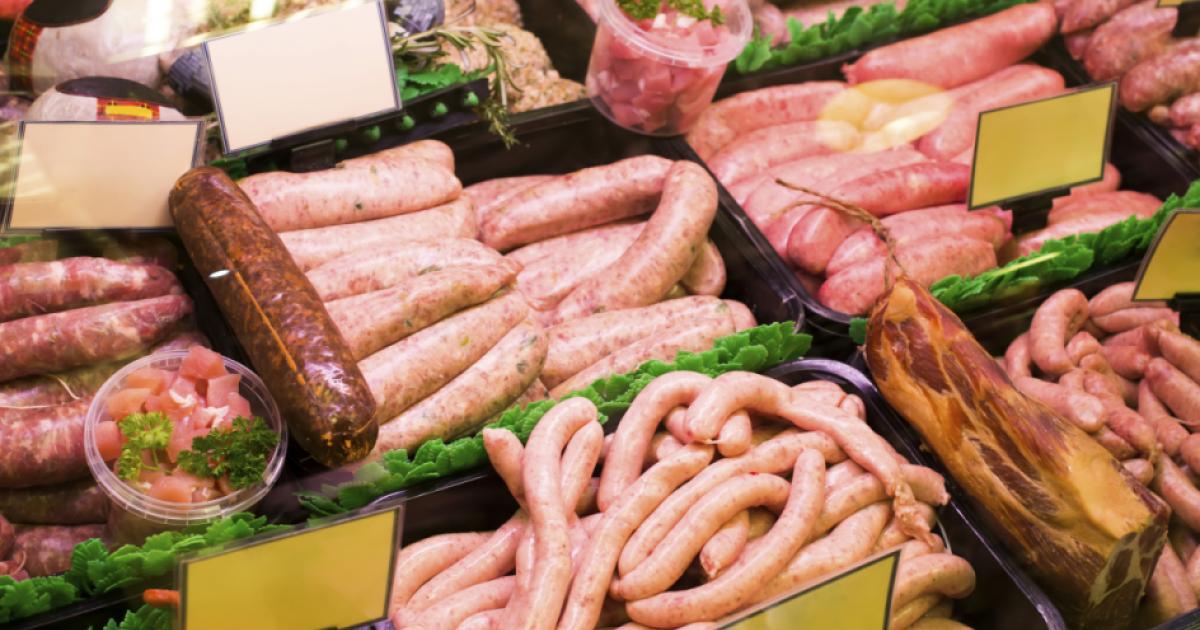 This past week, the Supreme Court agreed to hear an appeal in an important case that could determine the structure of American interstate markets for years to come. National Pork Producers Council v. Ross involves a constitutional challenge to Proposition 12, a 2018 California referendum that requires all pork products sold in the state be prepared in facilities meeting California standards of animal health and safety, no matter where they are raised. As the plaintiffs explain in their brief, virtually all of the pork products (some 99.8 percent) sold in California come from out of state. On the flip-side, California represents 13 percent of the national consumer market for pork products.

The requirements imposed under Proposition 12 are much more stringent than those in place virtually anywhere else in the country and, in the view of many farmers, are injurious to the health of the sow. Nonetheless, California insists

farmers provide each sow with 24 square feet of usable floor space and largely prohibits the use of individual stalls, even during the critical period between weaning and confirmation of pregnancy, when sows recover from the stress of giving birth, are bred, and then wait for the embryos to attach themselves to the uterine wall.

Given the complex processes for the production of pork products, it was undisputed that the only way to comply with the California law was to raise all hogs sold in the national market in conformity with the California standards, even when sold in other states. The net effect of the ordinance is to increase the cost of production by at least 9.2 percent, with a corresponding decrease in sales.

No one disputes that the state of California is entitled to impose these restrictions on any animals raised within the state of California. But it is hugely contested whether it can impose those restrictions extra-territorially and thus dictate the patterns of production nationwide. The Constitution does not contain any provision that explicitly and unambiguously addresses the ability of one state to impose its practices on others. The Commerce Clause states that Congress shall “have the power to regulate commerce . . . among the several states.” The hotly disputed question is to what extent that provision imposes limitations on how states can regulate those goods and services that are shipped in interstate commerce. These questions are answered by the dormant commerce clause jurisprudence, which has a long and confused pedigree. It addresses how states may impose restrictions that discriminate, on their face, against foreign commerce. And, more controversially, when state laws that are neutral on their face with respect to commerce, as is the case with Prop 12, but which have a disproportionate impact on out-of-state producers may apply. Both branches of the test rely on a “balancing test” that asks whether local interests in health and safety can justify a restriction notwithstanding the imposition of an otherwise impermissible burden on foreign commerce.

The unanimous decision below, authored by the highly regarded judge Sandra Ikuta, dutifully followed the current conventional line, which holds that the dormant commerce clause is valid only in the case of explicit discrimination—notably also applied by the Ninth Circuit to uphold a California statute that forbade the sale of foie gras within the state if it was produced from ducks or geese that had been force-fed, again, regardless of where those birds were raised and slaughtered. But, in one sense, the practical impact and interests at stake in National Pork make it likely that the Supreme Court will use the case to re-examine the scope of the dormant commerce clause doctrine.

Without a doubt, the nondiscrimination test provides a useful check on government power that in no way limits its ability to make legislation that it regards as best for its own citizens and residents. Thus, it is perfectly permissible to lower the speed limits for trucks on highways to prevent traffic accidents if the same limits apply to all trucks. But it creates a massive distortion in the competitive market if the state allows its own trucks to travel at 65 miles per hour but out-of-state vehicles must hew to a 55 mph restriction. It was surely one of the larger ambitions of the original constitutional design to create an open domestic market. The antidiscrimination rule (which looks at facial differences) offers a cheap and effective way to achieve that end. The simple point is that the state will now have strong incentives to pick the optimal speed limit, because the only way in which it can hurt the out-of-state trucks is to inflict an equal harm on local competitors.

However valuable that restriction, it falls short of reaching the ideal decisions in cases in which there is no local industry affected by the regulations in question—the situation here. The absence of local competitors removes local economic pressures disciplining the state’s political process, making it possible to target outsiders without hitting insiders. The hard judicial choice is this: does one allow California, in this instance, to impose unilateral restrictions with national implications? Or should the courts intervene in those cases in which the disproportionate impact makes the market distortions evident? Judge Ikuta took the former position by noting that regulations that “merely impose a higher cost on production” do not trigger the application of the dormant commerce clause, even where the state’s intention is to “influence” the business choices of firms operating outside the state.

The “merely” says it all, as the impacts here are huge and would have been knocked down under earlier law. Thus, the balancing test in Pike v. Bruce Church, Inc. (1970) stated a more generalized test: “Where the statute regulates evenhandedly to effectuate a legitimate local public interest, and its effects on interstate commerce are only incidental, it will be upheld unless the burden imposed on such commerce is clearly excessive in relation to the putative local benefits.” In that case, an Arizona official insisted that all crated cantaloupes grown in the state be packed inside Arizona, despite the fact that it was far cheaper (and just as safe) for a particular grower to pack cantaloupes at a nearer California location. The imbalance in Pike was so apparent that the court struck down that restriction on local producers. In National Pork, the stakes are far higher because a more onerous restriction applies to out-of-state firms.

In order to enforce Prop 12, California inspectors need to enter other states, because inspection of the products when sold in-state would provide no indication of the conditions under which they were produced. In order to justify these heavy burdens, an amicus brief prepared by Health Care Without Harm sought to defend the outcome by claiming that the state’s interest in the prevention of animal cruelty is sufficient to justify the imposition of these restraints given the “dire consequences for not only the health and welfare of the animals, but also for worker safety, food safety, and public health.” Without a doubt, California is fully within its rights to prevent the sale of infected products within its state. But there is no evidence whatsoever that any pork product sold within California has carried with it any diseases, and there is no reason to think that other states would be indifferent to these risks were they as substantial as claimed or even that the Congress would stand idly by.

Nor can this argument be salvaged by pointing to the deep moral and philosophical objections that many Californians have toward the practices of these pork processing companies—it is at best a makeweight argument. Any local offense against these practices applies equally to when pork products are both produced and sold inside and outside California. But it is insufficient to extend to the sale of goods neither produced nor consumed in California, a wholly non-local concern—yet that is the inevitable impact of Proposition 12. Moral objections by local citizens can largely be met by a labeling requirement that informs consumers whether or not the pork products sold in the state comply with California standards.

Disclosure has two advantages. First, it does not interfere with pork production elsewhere. Second, it does not prevent California residents who disagree with the California edict from freely purchasing—to say nothing of the citizens of other states— these products, as should be the case where there is no reason to have uniform rules for all market participants.

The traditional line—regulating the inherent characteristics of the product, which is permissible, and regulating the mode of its production, which is not—is neither mysterious nor abstract. It is easy to administer and will foster the preservation of the national market in goods and services, which is a constitutional, political, and economic imperative. What works for pigs, works for people. If National Pork is affirmed, could California now refuse to import any product manufactured by plants that hire workers for less than California’s minimum wage or do not have the same COVID vaccine requirements? Other states could chime in with different, and inconsistent, requirements. This proliferation will surely snarl national commerce, and will surely spill over into the export market as well.

Formally, Proposition 12 may allow other states to ignore California law, but its practical effect is precisely the opposite. Nondiscrimination principles do not guard against such territorial aggrandizement, which should never be allowed if practiced by one or more states. It is time for the Supreme Court to reverse the decline of the dormant commerce clause and prevent the national Balkanization of commerce.