A new NLRB decision is a win for unions but a loss for businesses and their employees. 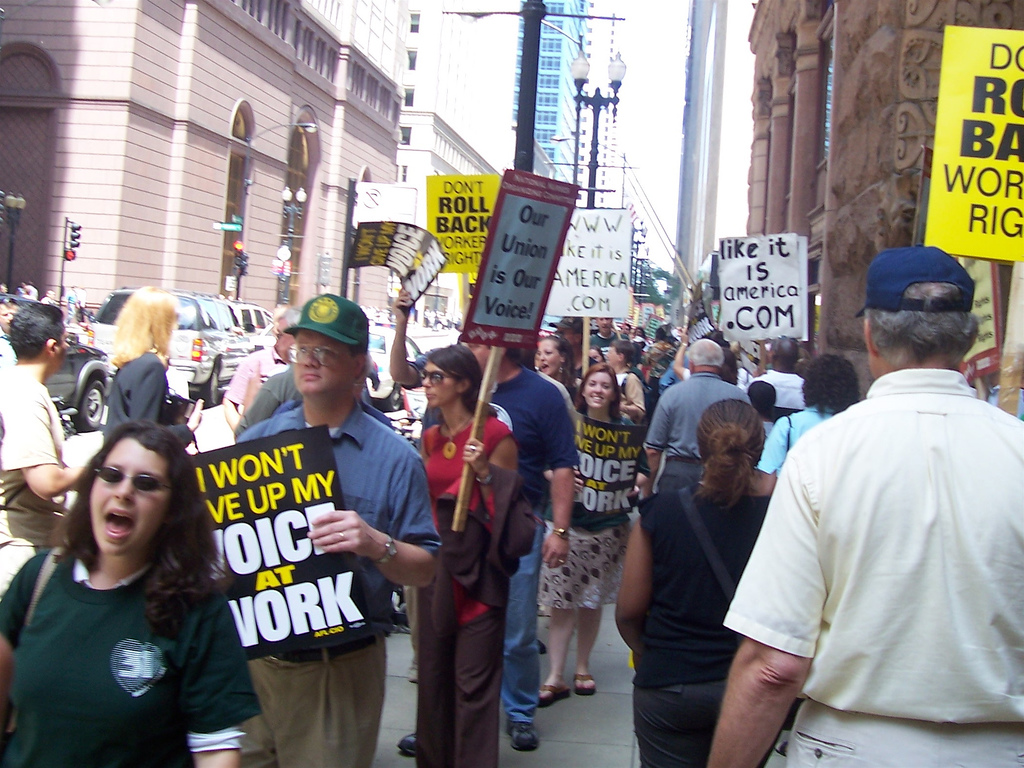 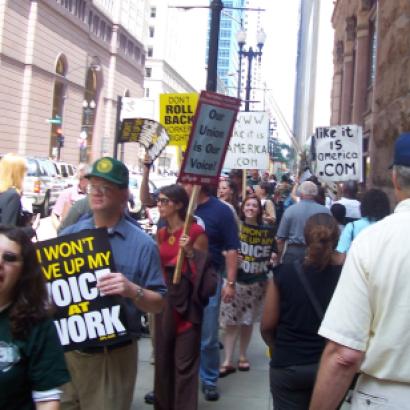 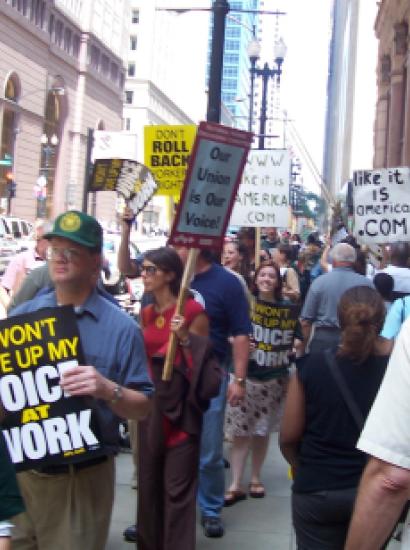 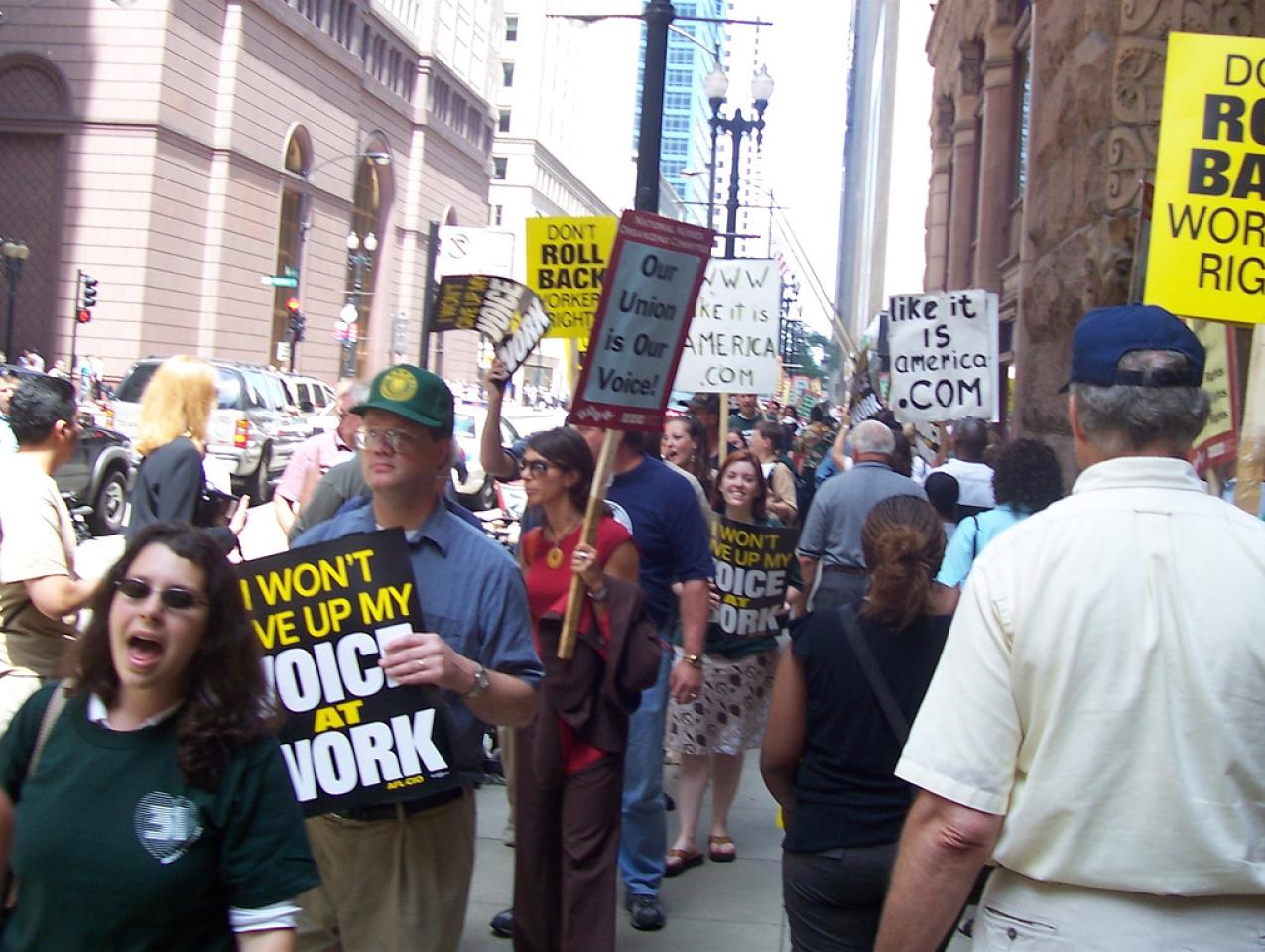 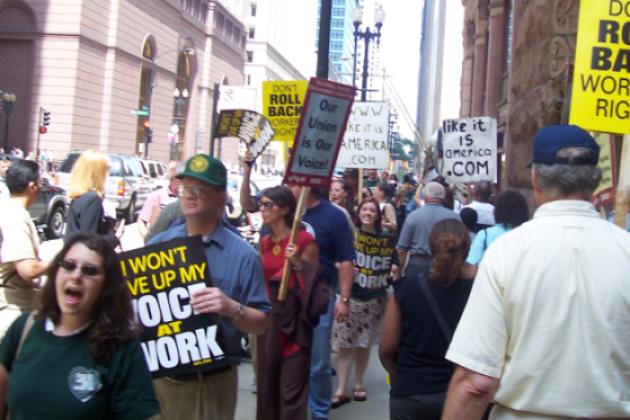 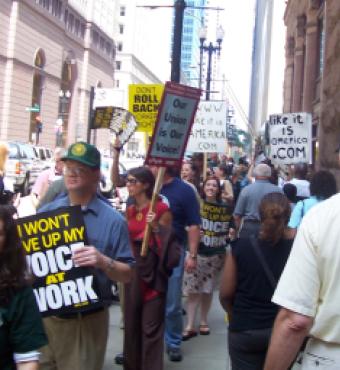 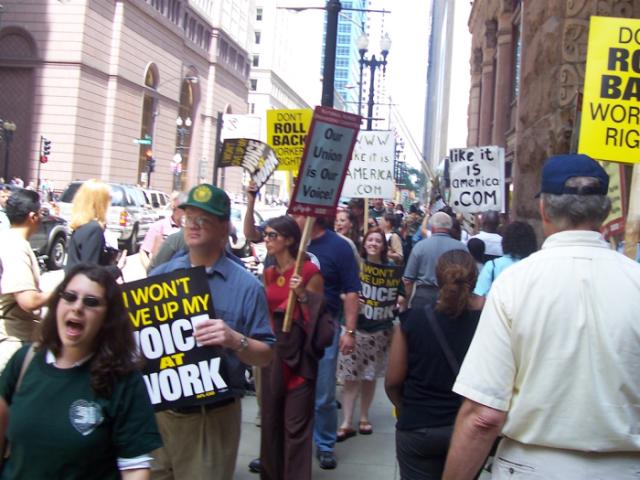 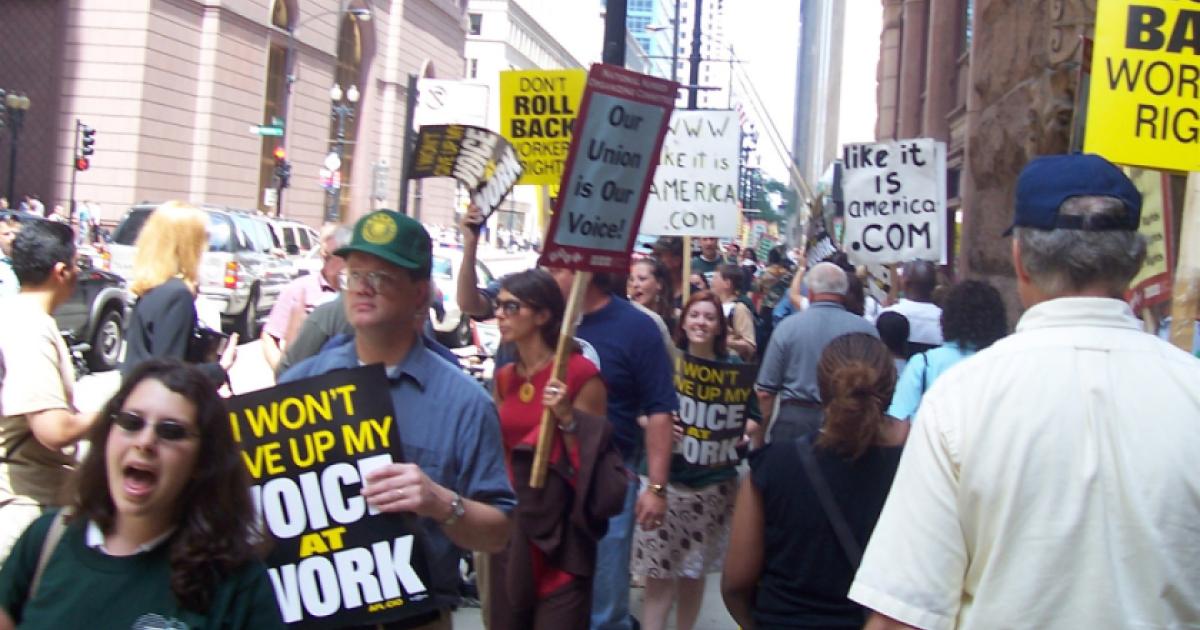 The National Labor Relations Act of 1935 (NLRA) introduced a major revolution in labor law in the United States. Its reverberations are still acutely felt today, especially after the recent, ill-thought-out decision in the matter of Browning Ferris. There, the three Democratic members of the National Labor Relations Board overturned well-established law over the fierce dissent of its two Republican members. If allowed to stand, this decision could reshape the face of American labor law for the worse by the simple expedient of giving a broad definition to the statutory term “employer.”

Right now, that term covers firms that hire their own workers, and the NLRB subjects those firms to the collective bargaining obligations under the NLRA. Under its new definition of employer, the NLRB majority expands that term to cover any firm that outsources the hiring and management of employees to a second firm, over which it retains some oversight function. In its decision, the NLRB refers to such firms and those to whom they outsource the hiring as “joint employers.”

Just that happened when a Browning Ferris subsidiary contracted out some of its recycling work to an independent business, Leadpoint. Under traditional labor law, Browning Ferris would not be considered the “employer” of Leadpoint’s employees—but the Board’s decision overturns that traditional definition. No longer, its majority says, must the employer’s control be exercised “directly and immediately.” Now “control exercised indirectly—such as through an intermediary—may establish joint-employer status.”

By this one move, the Board ensures that unions will now have multiple targets for their organizing efforts. A union can sue the usual employer who hires and fires, and it may well be able to sue one or more independent firms who have outsourced some of their work to that firm. The exact standards by which this is done are not easy to determine in the abstract. Instead, the new rules depend on some case-by-base assessment of the role that the second firm has in setting the parameters for hiring workers, determining their compensation, and supervising their work.

There is a quiet irony in this ill-considered transformation. The Democratic majority protests that it is only applying “common law,” i.e. judge made definitions of employers and employees to shape out the structure of the NLRA, which explicitly repudiates every key move in the common law of labor relations.

The analysis of the term “joint employer” starts with the NLRA’s definition of an employer, which reads: “The term ‘employer’ includes any person acting as an agent of an employer, directly or indirectly,” and then tacks on a list of exclusions including the United States and various state governments. The complementary definition of an “employee” under NLRA section 2(3), which, with largely irrelevant qualifications, states none too helpfully: “The term ‘employee’ shall include any employee. . . .”

The NLRA makes no effort to define joint employers of a single employee. Nor does it contain any indication that this category should occupy a large space in the overall analysis, even though Browning Ferris opens up the possibility that a very large fraction of the labor force has multiple employers.

To the naïve, this system of contractual freedom often looks as though it is an open invitation for labor market instability, but in fact it has proved exactly the opposite. The flexibility over contractual duration and terms keeps both sides in line, and thus adds immeasurably to the overall productivity of human capital.

The NLRA, passed 80 years ago, has posed a serious threat to the productivity of labor markets from day one. Its basic structure imposes a duty on each employer to bargain collectively with a union that has been selected by a majority of workers within a statutorily defined bargaining unit. That bargaining system blocks the constant short-term adjustments always needed in response to changing conditions in either labor or product markets by imposing a rigid set of restrictions on any unilateral contract changes offered to workers on a take-it-or-leave-it basis. These proposed contract changes are deemed unfair labor practices and prohibited.

The NLRA’s top-heavy labor agreements impose onerous work rules on once free businesses that hurt workers as well as employers in an actively moving marketplace, and these agreements leave unionized firms at a serious competitive disadvantage with their more nimble competitors. Over the last 60 years, even with little or no change in the substantive law, the level of unionization in the private sector has declined rapidly, from a peak of about 35 percent in 1954, to under 7 percent today. Time has only exposed the defects of a statute flawed from its creation at the height of the New Deal.

The efforts of the NLRB majority to cover “joint employers” is clearly an effort to breathe life into a moribund labor movement, by making hash out of the common law rules on which it purports to rely. From the beginning, the labor law had to ask which individual workers were employees of the firm, subject to unionization, and which were independent contractors who were not.

In the 1944 case of NLRB v. Hearst, the Supreme Court held that individual “newsboys” who sold Hearst papers were to be treated as employees for the purposes of the labor statute, even though their contracts with Hearst had designated them as independent contractors. The majority of the current Board relies on Hearst for its willingness to apply the statutory definitions “broadly . . . by underlying economic facts.” But that majority conspicuously neglects to mention that Hearst was in fact repudiated in the Taft-Hartley Act of 1947, which excluded (most imperfectly) “any individual having the status of an independent contractor,” without giving a workable definition of who those individuals are.

Nonetheless, the Hearst case did have one critical feature that the NLRB’s majority ignored. In Hearst, the only question was whether ordinary workers should be treated as an employee or an independent contractor. There was, however, no third party involved, and hence no issue of whether two or more firms should be treated as joint employers of any individual worker. Exactly the same point holds in the 1968 decision in NLRB v. United Insurance Co. of America, relied on by the majority, where the Supreme Court held that individual “debit agents” of the defendant insurance company were in fact its employees.

It should be evident why United Insurance Co. of America might well be correct. The whole point of the NLRA is to protect the right of employees to unionize. If an employer could redescribe individual employees as independent contractors, the basic protections of the NLRA (however ill-advised in principle) could be circumvented by a simple labeling exercise, without making a difference in the day-to-day operation of the overall business.

The Democratic majority also relied heavily on Section 220 of the Restatement of Agency that deals with the classification of certain independent workers as independent contractors or employees. In dealing with this issue, the NLRB majority discusses the ten factors that the Restatement invokes to answer this question, without noting two gaps in its argument. The first is that each factor is directed toward individual workers and a single employer, without reference to any joint employee situation. How else to explain the one factor that observes “(e) whether the employer or the workman supplies the instrumentalities, tools, and the place of work for the person doing the work; . . .?” The Restatement also asks about the distinct nature of the worker’s occupation, the duration of the relationship, and the kind of day to day supervision, none of which are relevant to the joint employer question.

Second, this lengthy inquiry arose when the at-will rule at common law let the parties cut whatever deal they saw fit. What the NLRB majority forgot to do was to look at the material that immediately preceded section 220 in Chapter 7 that begins: LIABILITY OF PRINCIPAL TO THIRD PERSONS TORTS. Section 219 is then headed; When Master Is Liable for Torts of His Servants.” At this point, the punch line should be clear. The independent contractor question did not govern their relationship, but arose to make sure that the common law employer did not escape liability for the torts committed by his servants against strangers by labeling them as independent contractors. But as between the parties, the question of categories doesn’t matter—at least in the absence of regulation.

Today of course, the argument is that the law has to look over this arrangement to see that other statutory obligations imposed on employers are not breached. It was for that reason that the California Commission in Berwick v. Uber Technologies reverted to the common law definition of an independent contractor to tackle the question in the most inappropriate way possible while determining case-by-case which Uber drivers were employees and which were independent contractors. The same issue arises when employers try to classify part-time individual workers as independent contractors to avoid various statutory obligations on family leave, sick pay, overtime, and the like.

None of those issues is relevant here, where the correct inquiry asks whether the joint employer rules will disrupt the settled historical pattern of collective bargaining. The NLRB majority made a passing effort to justify its decision by quoting some government statistic that indicated an increase in the number of “contingent” and “temporary” employees as of 2005 to about 4.1 percent of employment, or 5 million workers. But that factoid reveals nothing about the efficiency of the proposed modifications to the collective bargaining system.

On that question, the new joint employer rules will likely batter today’s already grim labor market, as they will not only disrupt the traditional workplace but will completely wreck the well established franchise model for restaurants and hotels. As the majority conceded, the so-called joint employer does not even know so much as the social security number of its ostensible employees. It has no direct control over the way in which the current employer treats its workers, and yet could be hauled into court for its alleged unfair labor practices. That second firm knows little or nothing about the conditions on the ground in the many businesses with which it has forged these alliances, which eases the operations for both. Those advantages will be lost if the joint employer rule holds up in court. At the very least, the majority’s decision would require each and every one of these contracts and business relationships to be reworked to handle the huge new burden that will come as a matter of course, leaving everyone but the union worse off than before.

It would be one thing, perhaps, if the majority saw the light at the end of the tunnel. But over and over again it disclaims any grand pronouncements, making the legal question of who counts as an employer a work in progress that will be finished no time soon. Against this background it is irresponsible to undo the current relationships by a party-line vote. That point should also be clear to the courts and to Congress. The quicker this unfortunate decision is scrubbed from the law books, the better.