As the mayor of San Diego, I recently visited a new housing complex for veterans to meet a man named Brian. I had heard he was thankful that city crews cleaned up tents that homeless individuals had set up underneath a freeway overpass. 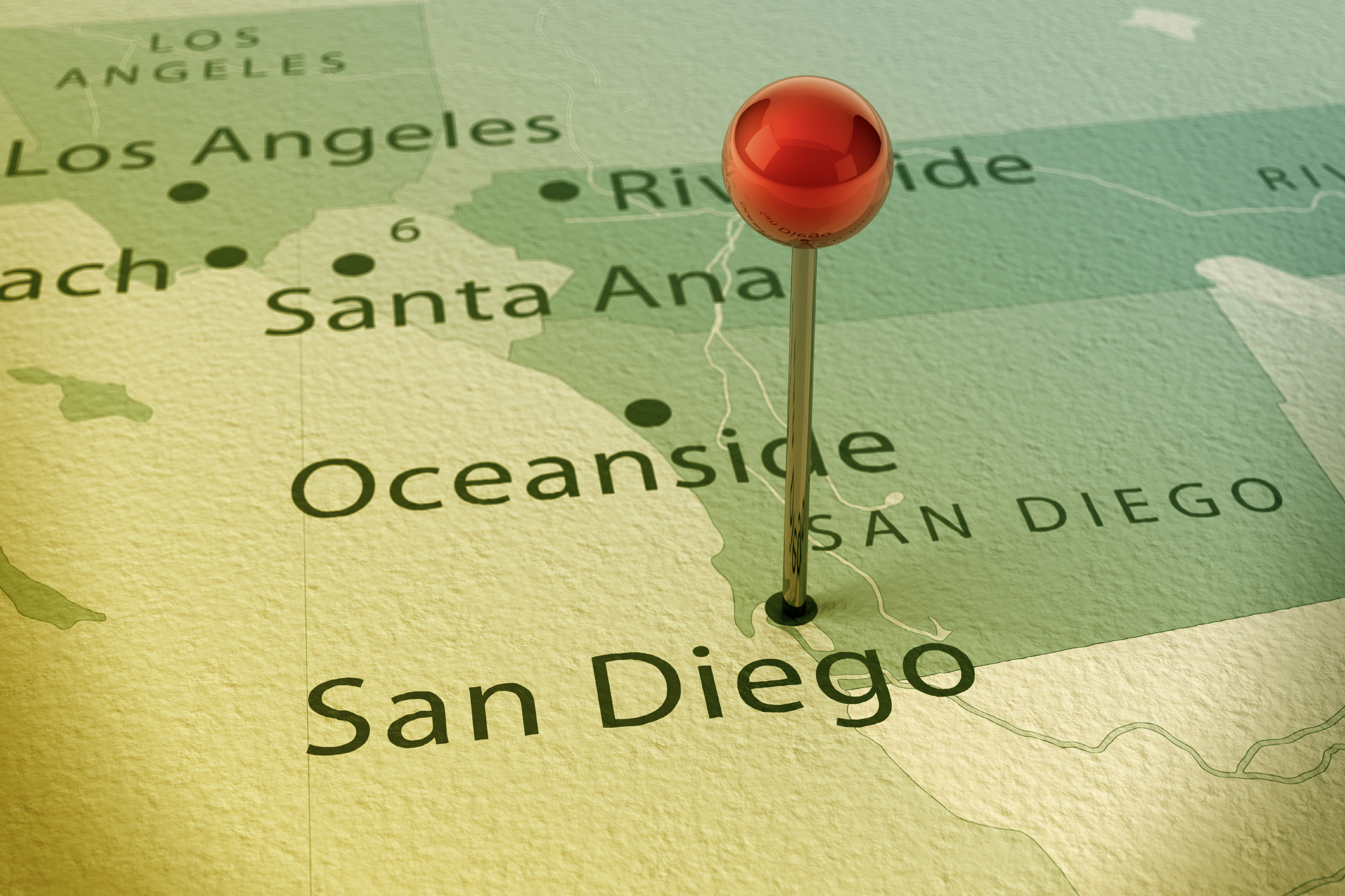 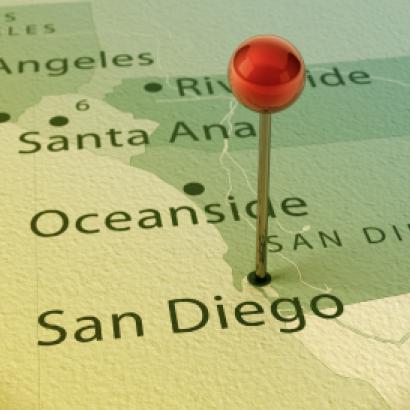 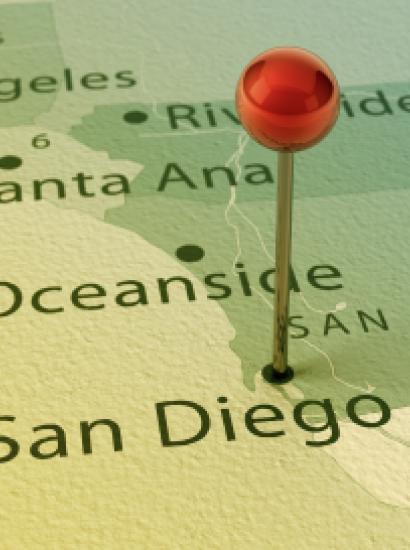 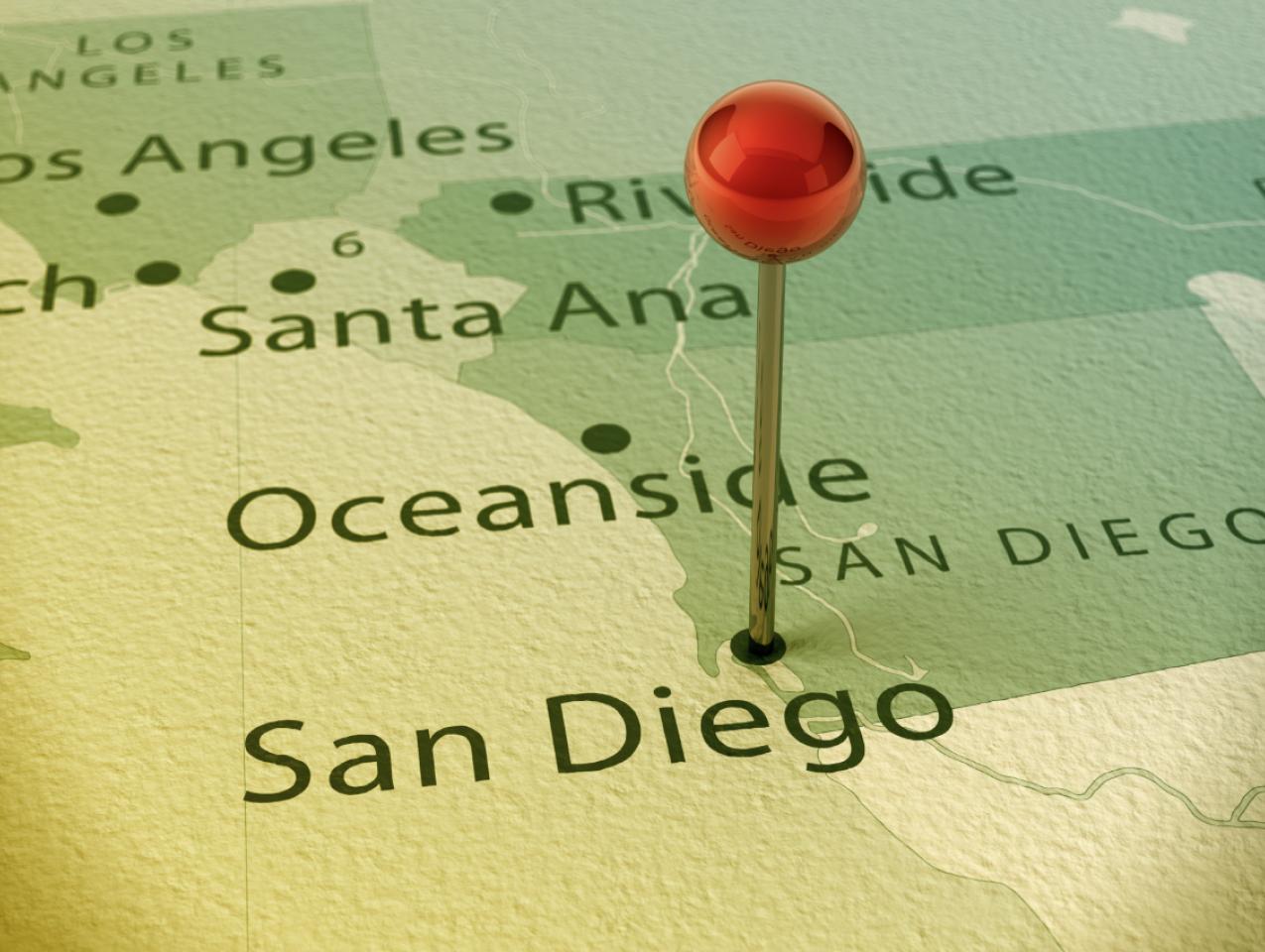 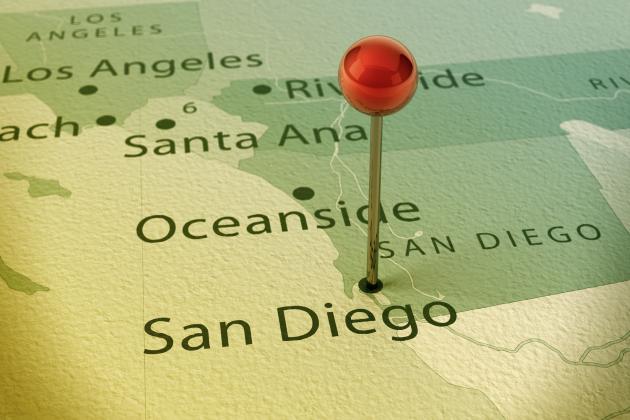 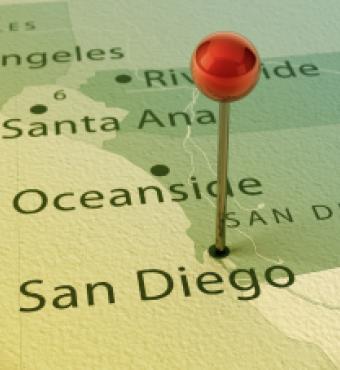 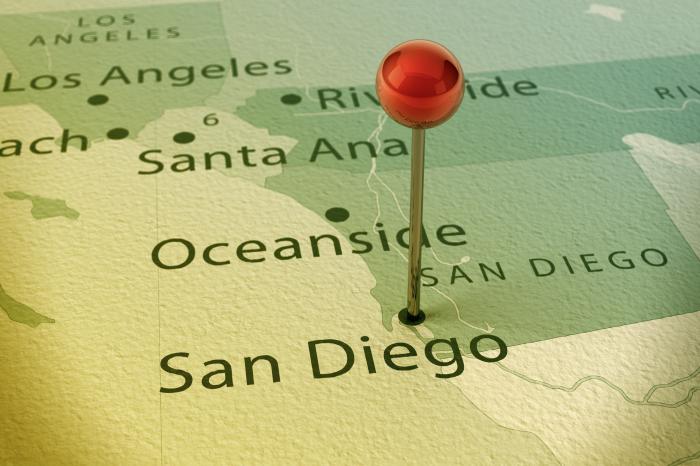 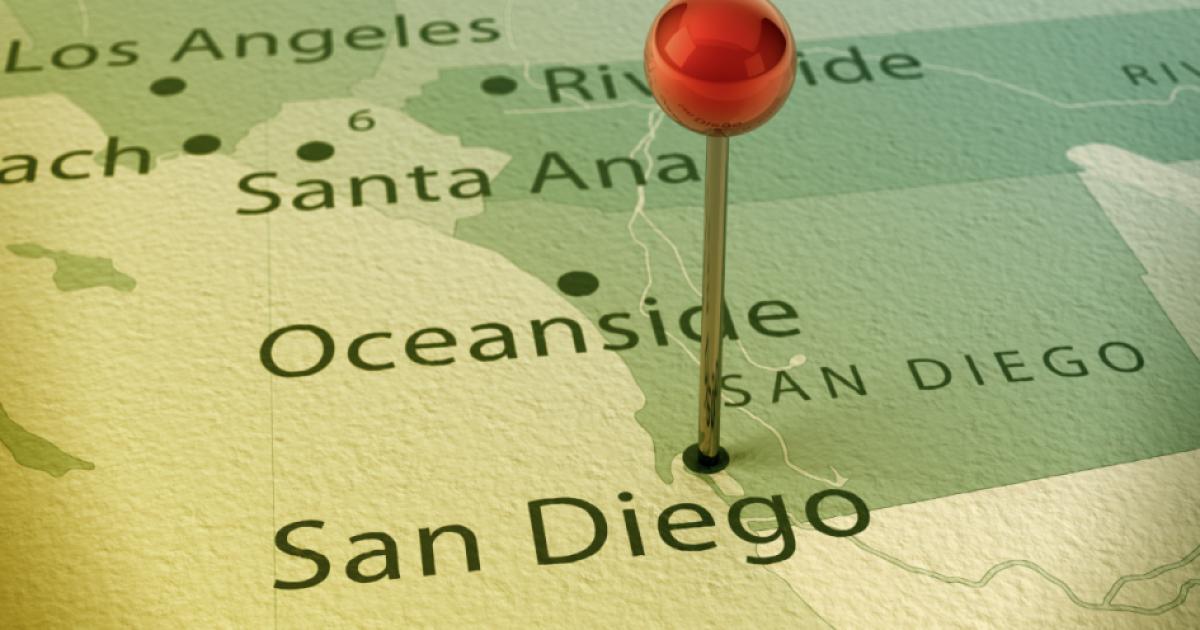 As the mayor of San Diego, I recently visited a new housing complex for veterans to meet a man named Brian. I had heard he was thankful that city crews cleaned up tents that homeless individuals had set up underneath a freeway overpass.

He was so grateful, in fact, that he could have been mistaken for a resident or business owner who simply appreciated a cleaner neighborhood. But Brian used to live in that encampment, and it’s where his journey to a new permanent home began.

Brian said he had been doing meth and wasting his life away when a police officer approached him and offered a shelter bed. At first, he hated the idea of going to a shelter. But staffers there helped find veteran benefits that Brian was eligible to receive.

Today, everything has changed. Brian is living in an apartment of his own. And he’s a mentor for others looking to do the same.

Unfortunately, many who experience homelessness in California aren’t as lucky as Brian. Hundreds of men and women perish on sidewalks here every year—one of countless examples of how California’s system for helping the homeless is broken.

Official reports show the homeless population spiking in cities of every size. But it doesn’t take a study to see the human suffering, public health problems, and financial costs associated with this tragedy: tent cities, unconscious people on the sidewalk, open drug use, overwhelmed emergency rooms, and more.

We are in the middle of a true humanitarian crisis. It’s time to be honest with ourselves about why more and more people are living on the street—and find the solutions to fix it.

California, as a state, needs to decide that it’s not acceptable to condone living outdoors in urban areas. It’s not compassionate to enable the brutal life found in tent cities. It’s not responsible to turn a blind eye to drug abuse. And it’s not humane to let people with severe mental illness wander the streets without effective treatment.

Homelessness decreased by 6 percent in San Diego County this year—a notable exception to many other parts of the state, where homeless population counts increased by double or triple digits. The city of San Diego still has more than 5,000 people experiencing homelessness, and I won’t accept that as success.

However, we are making progress, after learning the hard way what works and what doesn’t.

Let me be blunt: conventional wisdom and academic theories on how to solve homelessness have proven to be largely ineffective on the scope and scale of California’s crisis. I’ve seen it firsthand. Twenty people died of hepatitis A two years ago when the virus struck San Diego County. The deaths were fueled by many factors, including unsanitary conditions in homeless encampments and illegal drug use.

Our entire region took a hard look in the mirror. Business as usual wasn’t working. City, county, and state leaders had for decades taken the same approach to homelessness. Government agencies commissioned study after study, plan after plan, expert after expert, to tell us what to do. We didn’t want to upset neighborhoods, so we pursued universal consensus on where to put homeless services and where to build housing—all while homelessness continued to rise (which made residents upset anyway). We tried to please everyone at the risk of helping no one.

In San Diego, those days are over. For individuals of sound mind who choose to refuse shelter and services, and for criminals who hide among and prey upon our homeless population, those are not options in our city anymore. Our new mantra is simple: We must punish crime, not ignore it. We must end suffering, not condone it. We must reduce homelessness, not promote it.

But do not confuse San Diego’s resolve with a lack of compassion. For those without a home trying to lift themselves out of extreme poverty, San Diego is ready to help by providing services with dignity. There’s a place for people, and it’s not on the streets.

San Diego no longer accepts a sidewalk, a riverbed, or a tarp to be used as a home—because we got a glimpse into how bad things can get. That’s why it concerns me to see other places in California now grappling with similar scares. Hepatitis, typhus, or tuberculosis outbreaks should be unheard of in a state as great as ours.

One of our most important initiatives is the one that helped Brian change his life. The idea is called “bridge shelters,” and they bridge the gap between living on the street and a permanent home. They offer housing navigators, health care, and mental health clinicians to help people work toward a better life.

Two years ago, we decided to put universal consensus to the side, and I directed staff to get the bridge shelters up and running as soon as possible. Within months, the City of San Diego identified locations, constructed, and then opened three massive new Sprung structures, which increased our shelter capacity by nearly 700 beds for men, women, and children. The program has helped hundreds of people go on to find housing—and attracted interest from agencies and cities across North America, including the US Department of Housing and Urban Development. Initially, my colleagues on the city council were skeptical of the program. But they’ve come around. Not only did they vote to keep the bridge shelters operating for another year, they voted to open a fourth one with 150 more beds.

Policy makers also have to intervene before people end up on the streets. For some folks, their vehicles are homes of last resort. That’s why we have three sanctioned “safe” parking lots for people living out of their cars or RVs—so they can go there at night instead of parking in front of people’s homes and businesses. It’s a gated, safe space where they can access services, find a job, and eventually get back into homes of their own.

More housing is key. But building a permanent supportive housing unit can be an expensive and time-consuming way to move a homeless individual into a home. In some cases, it costs $500,000 to construct just one “affordable” unit. So we have to get creative and find faster ways to put a roof over someone’s head in addition to building more units.

For example, I’ve worked closely with apartment owners to rent out vacant units to the homeless. More than 2,000 people have been connected to an apartment through our landlord engagement and assistance program. We also have the Downtown San Diego Partnership’s Family Reunification Program, where folks are reconnected with friends and relatives who would gladly house them today. To date, it’s helped more than 2,800 people find a home.

As with most homeless programs, we faced some resistance from the community. Everyone agreed that we needed more homeless services, just not in their neighborhood. People feared the worst—more crime, more trash, more people on their sidewalks. That’s why I’ve committed to keeping the areas around homeless services cleaner and safer than they were before.

My biggest budget addition over the last couple of years has been sanitation crews. We’ve removed over 4,000 tons of trash from public spaces so far—enough to fill up a household trash bin more than 61,000 times. And along the San Diego River, which once was dotted with hundreds of tents, we’ve decreased the number of homeless encampments by 90 percent.

San Diego has literally cleaned up its act.

I also created a Neighborhood Policing Division that responds to issues in our communities. Our officers are trained to take a compassionate approach, and they always offer services or a bed when responding to calls about quality-of-life issues. But we do not allow criminal activity on our streets—things like illicit drug use, drug dealing, and property theft. Our officers use a step-up enforcement method. If someone who is homeless is also committing a crime, the seriousness of their citation will increase each time they turn down an open shelter bed—potentially resulting in prosecution, where judges often try to get them to accept treatment.

So where do we go from here?

California needs smarter strategies to help the two populations sleeping outdoors, those without stable housing, who can get back on their feet with the right support, and those without stable judgment, such as people experiencing mental illness or substance abuse disorders, who need medical intervention in addition to a home.

The first group is largely composed of people priced out of the housing market. At a time when more housing is a key solution to our homelessness problem, we must confront laws that pass on higher rents and mortgages to residents.

In California, the bureaucracy has been set up to empower antihousing forces that delay or deny projects at every turn. California needs housing, and our state government should continue to roll back regulations that restrict homebuilding. We need to think about homes the same way we think about water and streets: These aren’t “nice-to-haves.” They are essentials.

In San Diego, we’re radically overhauling our housing system to increase supply, lower costs, and promote smart growth around transit and job centers. We’re waiving fees, incentivizing affordable housing production, and getting government out of the way so we get units built more cheaply and faster.

Unfortunately, many on the streets fall into the second and more challenging category: those who are no longer of sound mind and judgment. Our state currently allows the drug addicted and seriously mentally ill to live, and in many cases die, on our streets. This is unacceptable and cruel beyond measure.

We can’t be content with the rapidly revolving doors of hospitals and arrests that dump homeless citizens back on the streets again and again and again. We need to join together at all levels of government to move people with mental illness and drug addiction indoors and under long-term supervised care. This means challenging the status quo, with actions like opening more mental health facilities, before this crisis gets worse.

San Diego doesn’t have all the solutions to this humanitarian emergency. However, I know from firsthand experience that addressing it requires each of us to look in the mirror and acknowledge reality. We must build more housing, establish policies and infrastructure to bring people suffering from addiction or mental illness inside for treatment, and stop accepting living on a sidewalk as an option in 21st-century California.

Each person living on a California street is someone’s son or daughter. We owe it to them to have an honest dialogue and put forth real solutions to homelessness.

Kevin Faulconer is the 36th mayor of San Diego, California’s second-most-populous city. His administration is focused on reforming government into a responsive and results-driven organization that efficiently and effectively serves the public.