The United States has been badly hit by the COVID-19 pandemic, but so has the Middle East. While combating the virus at home is the priority, foreign policy is entwined with the overall strategy. The Pentagon and Department of State – and other agencies – are still hard at work keeping a watchful eye on the Middle East’s response to the virus and how adversaries could potentially take advantage of the pandemic. 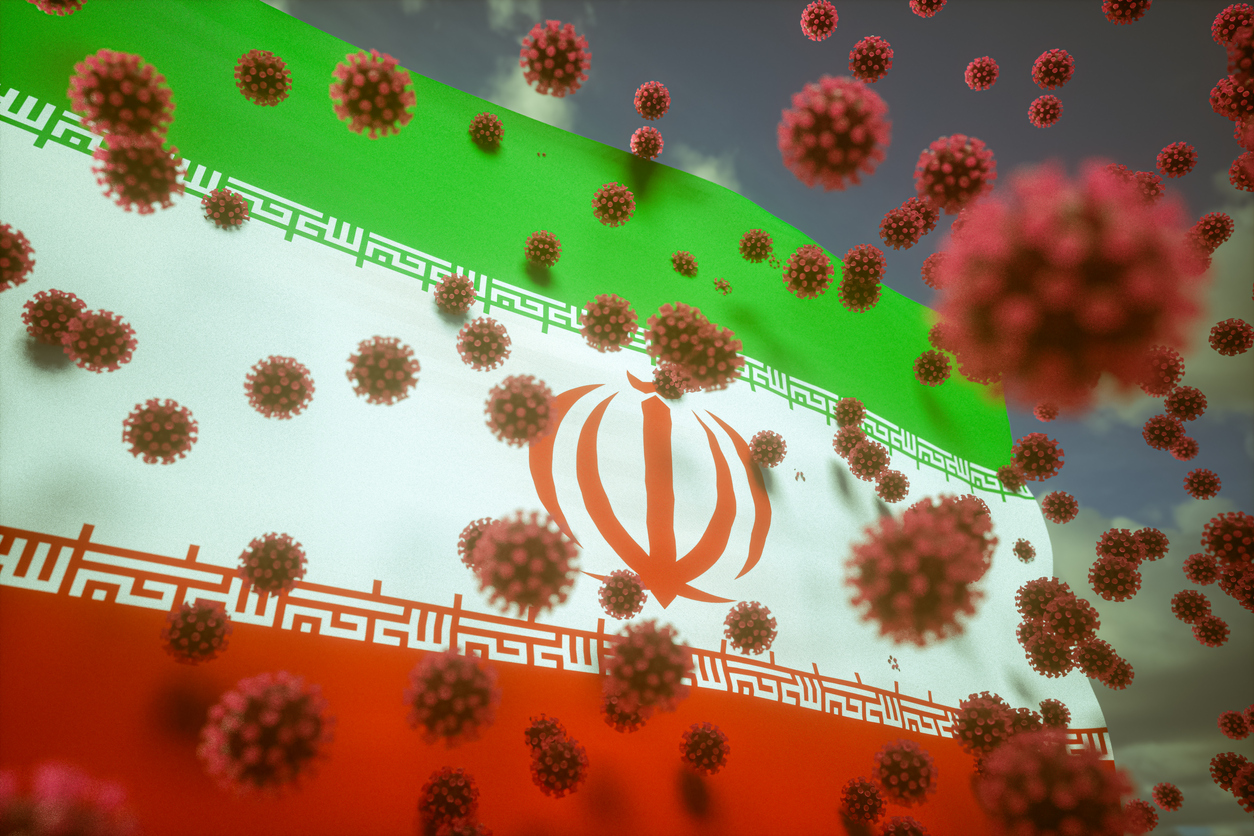 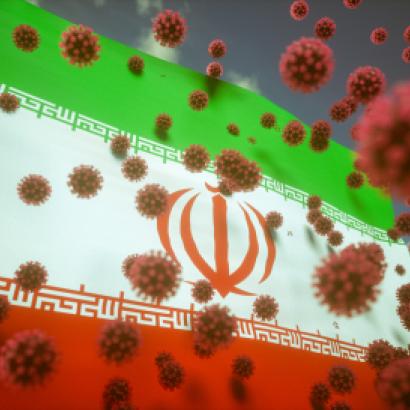 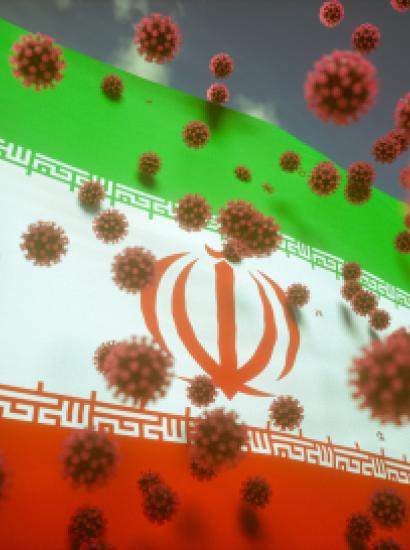 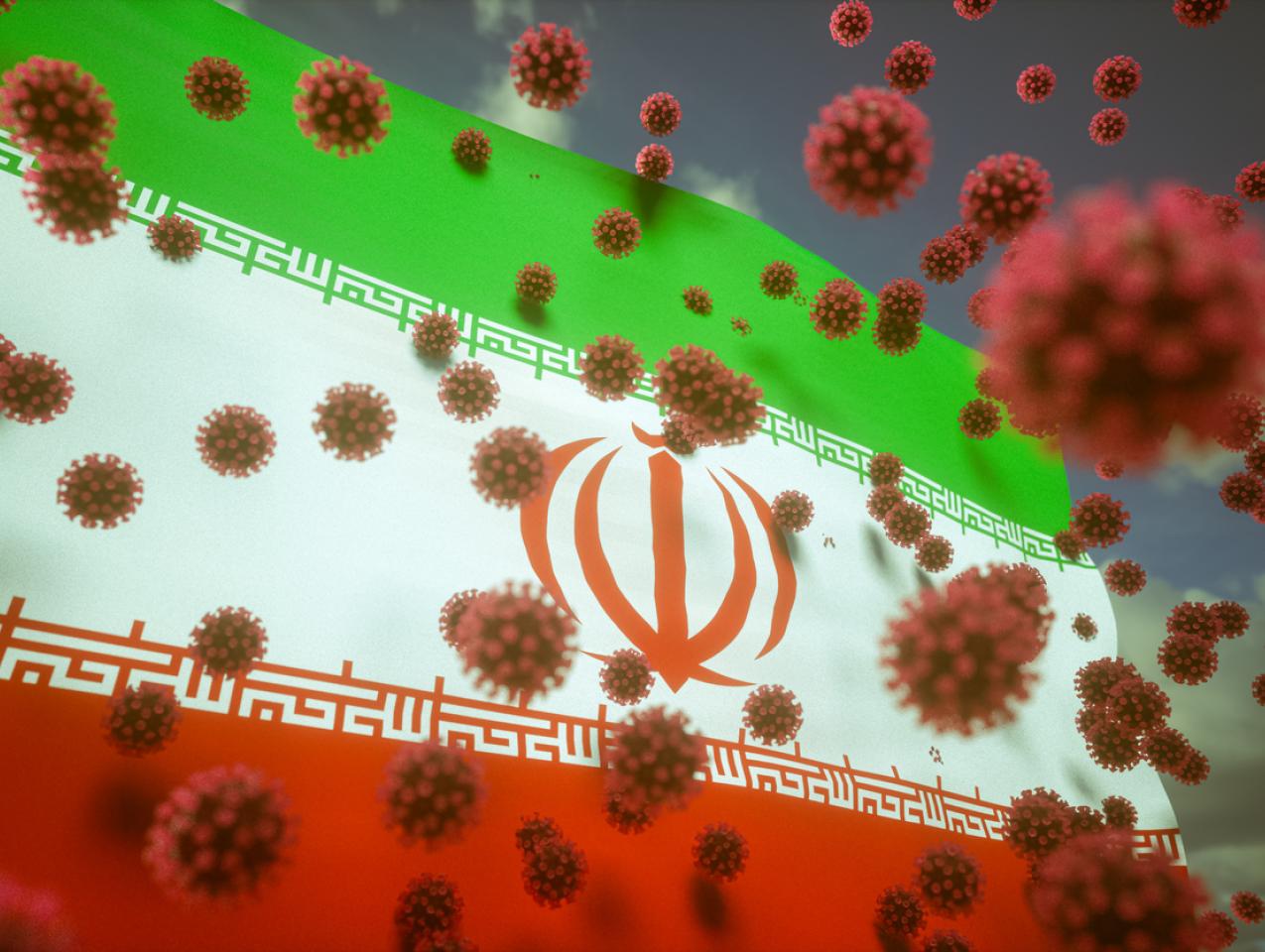 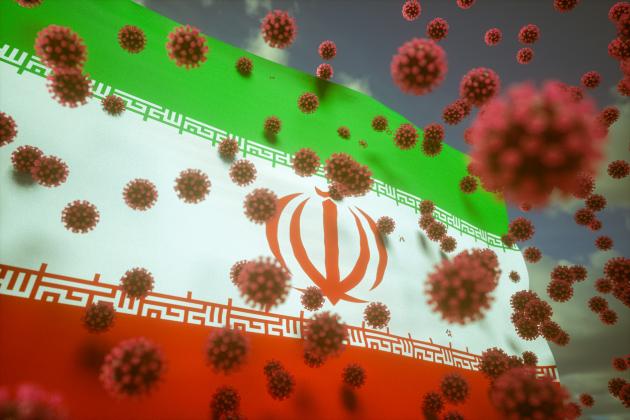 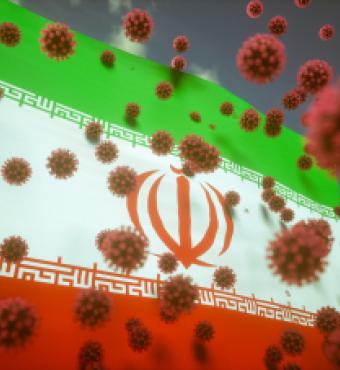 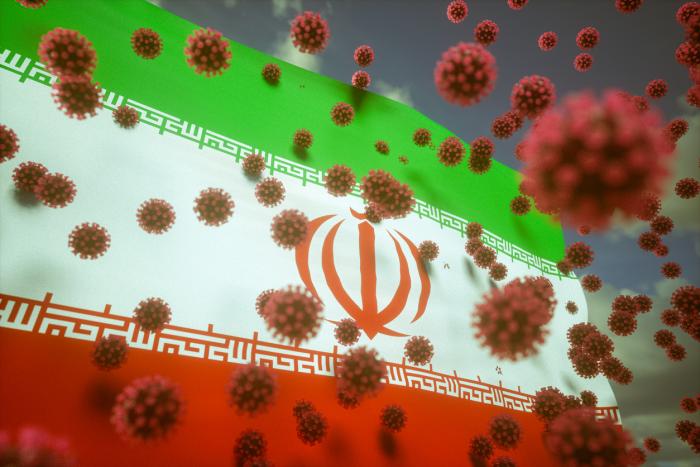 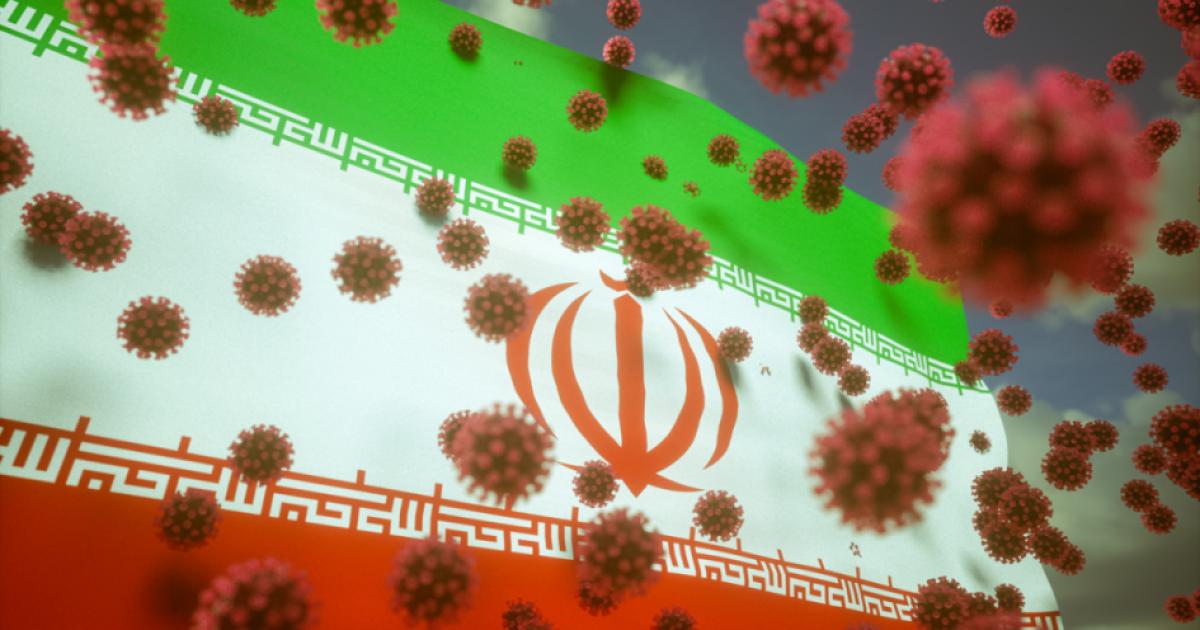 The United States has been badly hit by the COVID-19 pandemic, but so has the Middle East. While combating the virus at home is the priority, foreign policy is entwined with the overall strategy. The Pentagon and Department of State – and other agencies – are still hard at work keeping a watchful eye on the Middle East’s response to the virus and how adversaries could potentially take advantage of the pandemic.

COVID-19 and U.S. troop withdrawal from critical areas in the Middle East made for an ideal combination for Russia and Turkey whose efforts have long been stymied by an American presence. Turkey – which supports the Government of National Accord (GNA) – has leaped headfirst into Libya by sending in Syrian mercenaries to combat opposing forces. But other areas are vulnerable to a jihadist resurgence. Syria exposes itself to a vacuum, which could be filled by remnants of Islamic State or al-Qaeda fighters. Yemen is another conflict zone that remains uncertain. The first confirmed cases in Yemen were reported in April; but the war-torn country already faces famine and other health crises, like cholera. Nearby, Saudi Arabia is loosening lockdown restrictions and slowly reopening parts of the Kingdom. Reports indicate that while the number of infections has surpassed 35,000, the number of deaths is comparatively low. Soft openings across the Middle East indicates a concern about the state of the economy as holy sites are empty during a time when pilgrimages bring in substantial revenue.

The conflict in Iraq, however, is more tense. The Iranian-backed Shia militia groups are engaged in a proxy war in Iraq against the U.S. and are not showing any signs of retreat. Iraq has finally formed a cabinet under Prime Minister Mustafa al-Kadhimi, who faces tough security challenges ahead. Open sources report an uptick in Islamic State attacks, which indicates the group is taking advantage of lockdowns. Kadhimi will have to navigate how to best fill the void U.S. and Coalition troops once filled as the withdrawals continue, as well as how to prevent the spread of the virus.

But Iran is the most hard-hit country in the Middle East by COVID-19. Regime leaders were slow to respond as other nations were taking preliminary steps to slow the spread. On several occasions, Iranian President Hassan Rouhani even dismissed the severity of the virus. When it finally hit the holy city of Qom on 19 February 2020, Rouhani still would not decree a quarantine. Worse yet, Iran held its parliamentary elections on 21 February 2020 even after several COVID-19 deaths were confirmed. While many have cited corruption as the reason for low voter turnout, it could very well be due to the general public being wary of the virus having followed the news from Wuhan. Iran has consistently meddled with its own elections and this certainly would not be the first election where regime officials would be accused of corruption. But fear from the virus could also have kept voters away from the polls.

Over 100,000 Iranians have tested positive and nearly 7,000 have died, and both numbers are rising. The U.S. and others believe that these numbers could actually be much higher. There are two competing sides on how to treat Iran during this crisis. Some argue that the maximum pressure campaign should continue while others say it may be time for sanctions relief. But are sanctions affecting Iran’s response to COVID-19? U.S. sanctions do not target agriculture or medical sectors, but because transactions flow through the Iranian banking system – mostly all of which have been sanctioned – imports of medical supplies have sharply declined. European nations – particularly the E3 (Germany, France, and Great Britain) – were most vexed by the secondary sanctions, which they believe violated their sovereignty in commerce.

Iran’s allies, like Russia and China, have called on the U.S. to relieve sanctions so the regime can get a grip on the pandemic. China was the first country to rush to Iran’s aid in late February, with a medical supply delivery and personal protective equipment. Russia followed China’s lead and also delivered much needed resources. On 2 March 2020, the E3 pledged $5.6 million in financial aid to Iran and on 20 March 2020, they successfully made a transaction through INSTEX (Instrument in Support of Trade Exchanges) for the first time. INSTEX was designed in January 2019 as a mechanism to enable trade between Europe and Iran while preserving the conditions of the JCPOA, but U.S. sanctions policy prevented its use. Even Iran’s Arab neighbors have provided some aid. The United Arab Emirates (UAE) assisted the World Health Organization (WHO) in transporting medical supplies to Iran while Qatar sent a separate shipment. Kuwait also made a financial contribution in the sum of $10 million, according to reports. In the end, it appears that Iran is able to receive considerable international aid despite U.S. sanctions.

While the U.S. has utilized a humanitarian channel out of Switzerland, it has been unwilling to rollback sanctions. The U.S. offered Iran aid to help combat the virus, but Iran rejected it without citing any further reasons. It is also unknown what the U.S. offered and under what conditions. The Swiss channel is certainly a gesture of good humanitarian faith, but the underlying issue is that the supplies from this chain are from Swiss-based companies. Other countries are unable to sell Iran medical supplies because they would be susceptible to U.S. sanctions. There is a flurry of reports and analyses that detail Iranian monetary reserves. However, they fail to address why Iran has not tapped into them. Some reserves are trapped in international banks, which are susceptible to sanctions. Although the U.S. has not sanctioned food and medicine, it has sanctioned the transportation needed to get food and supplies into the country, and those shipping and flight sectors that the U.S. sanctioned were targeted for good reason. Both are used for illicit purposes and needed to be sanctioned to curb the IRGC’s malign behavior. The regime is no doubt corrupt and much of its current pain is self-inflicted. But without a proper financial and transportation network that could meet the basic medical needs, Iran may not emerge from this pandemic at the same pace as the rest of the world. This may not worry those who argue that this could bring on the collapse of the regime, but it should at least cause concern about the spillover effects to Iran’s neighbors. U.S. interests in Iraq and elsewhere in the Middle East are intertwined with how Iran handles the pandemic.

Given the results of the February parliamentary elections and survey reporting as early as October 2019, the trend was moving in support of Iranian hardliners. The IRGC has been at the frontlines, establishing curfews and assisting with a ‘whole of government’ response to the pandemic. The public will remember that it was President Rouhani and other so-called moderates who downplayed the risks of the virus, and that it was the hardliners that resisted this soft language. If the U.S. does not want to suspend some sanctions that would assist Iran with obtaining medical supplies and other aid, then we have to prepare for an Iranian regime that will be more hostile in the future as hardliners take the helm from the current moderates. Iran has conducted a soft opening of the country to prevent any further economic damage, thanks to efforts by the IRGC. The Revolutionary Guards have led almost all efforts in the country to fight the pandemic, including quarantines, disinfecting streets and other areas, providing supplies and other resources, and overseeing the country’s opening. A display of leadership comes from the IRGC, and not Rouhani.

American diplomatic efforts are needed now more than before, even in the midst of a pandemic. The U.S. and Europe have been badly hit by COVID-19. But as both military and peace-keeping resources are diverted away from conflict zones in the Middle East, hostile actors will take advantage of a vulnerable situation. This is more dire if the U.S. and its allies are not united.  While the E3, Asian nations, and Middle East countries rush to Iran’s aid as the U.S. not only steps back but enforces new sanctions, diplomatic ties will not remain the same. A global pandemic calls for a humanitarian effort, as well as a diplomatic one. The U.S. might decide to suspend some sanctions on Iran during the pandemic on a temporary basis and contingent on Iranian steps, e.g. ceasing work on its ballistic missile system or freezing work on its nuclear sector. It is a sign of good faith that should come with a stern warning that any indication of illicit behavior would be considered a red line. It would also be a test as to whether the Iranian regime would value the health of its people over its aggressive programs. The U.S. and Iran need to prove that both sides are committed to change.

Alma Keshavarz is a post-doctoral fellow at Carnegie Mellon University, and previously served in the Office of Policy Planning at the State Department where she covered Iran and Iraq.