Islamism In Malaysia: Politics As Usual?

Political Islamism has a long history in Malaysia. Before independence, the Pan-Malayan Islamic Party (PMIP, now known as PAS) splintered off from the United Malays National Organisation (UMNO), retaining the latter’s racial aspect, but foregrounding Islam. Over time, that competition pushed UMNO, too, to emphasize Islam more. (About 61 percent of Malaysians are Muslim, almost 90 percent of them Malay or other bumiputera, indigenous groups.) 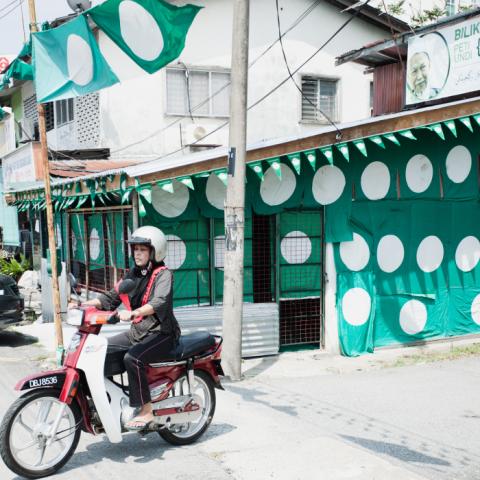 Islamism In Malaysia: Politics As Usual? 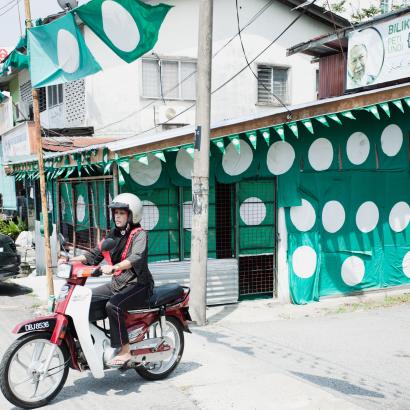 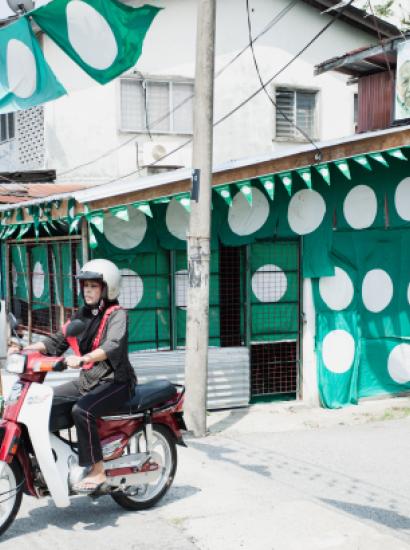 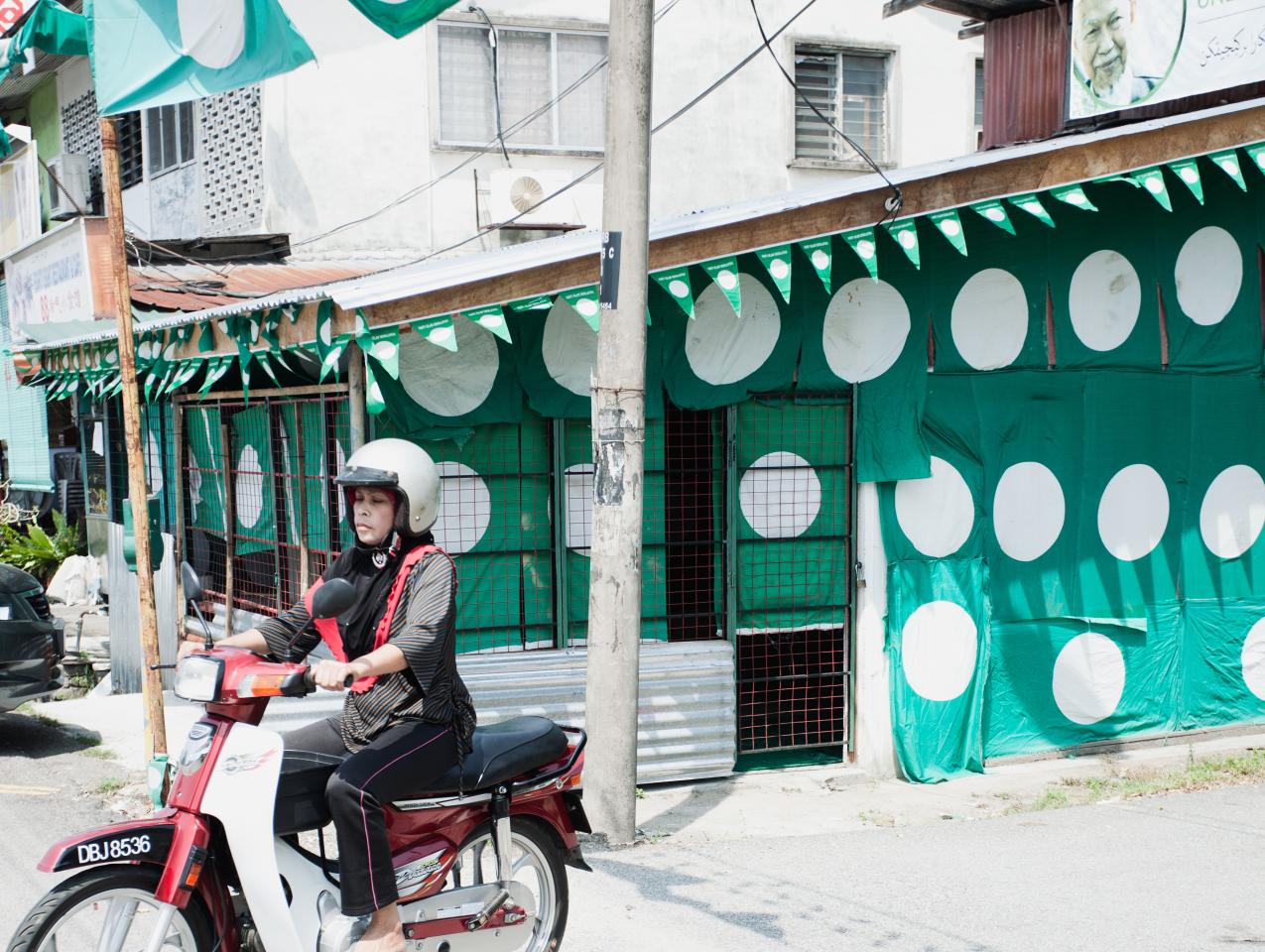 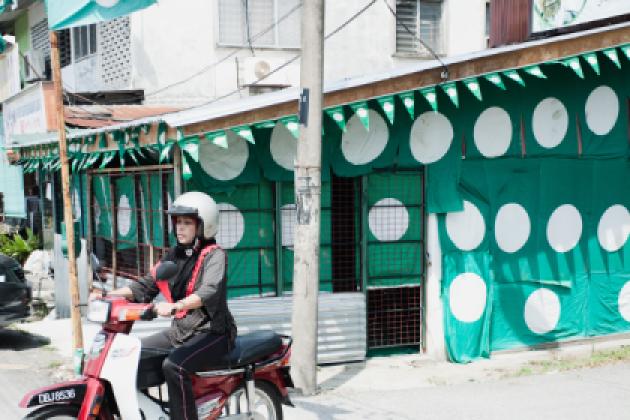 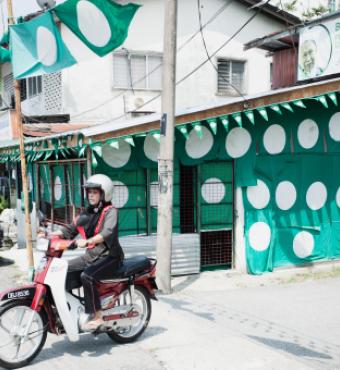 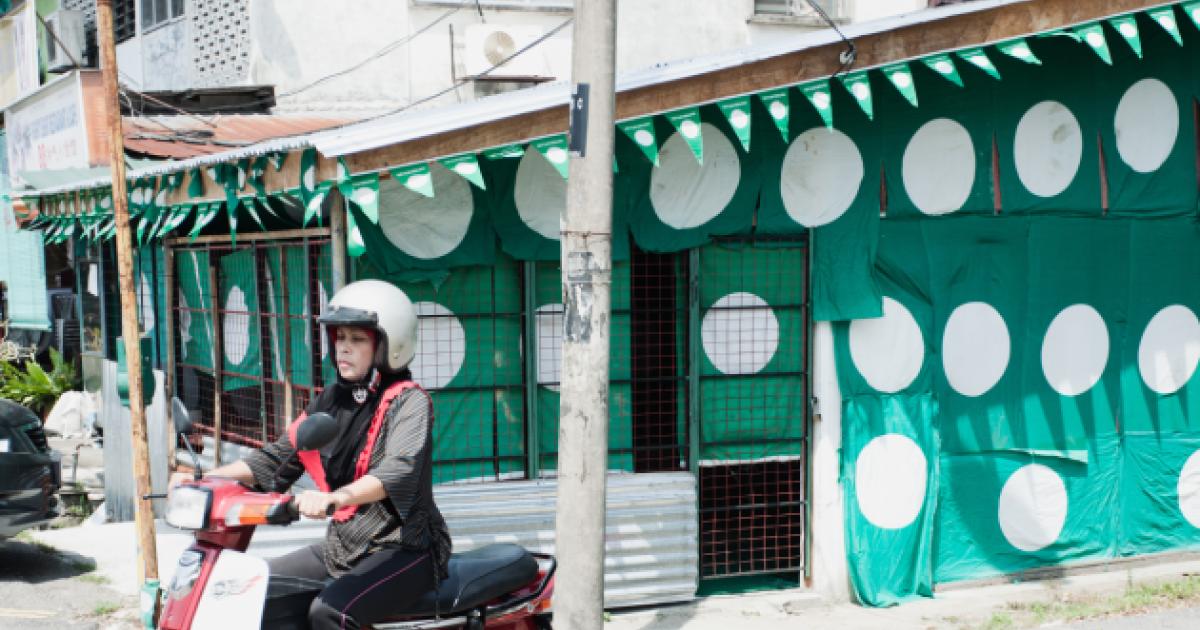 Political Islamism has a long history in Malaysia. Before independence, the Pan-Malayan Islamic Party (PMIP, now known as PAS) splintered off from the United Malays National Organisation (UMNO), retaining the latter’s racial aspect, but foregrounding Islam. Over time, that competition pushed UMNO, too, to emphasize Islam more. (About 61 percent of Malaysians are Muslim, almost 90 percent of them Malay or other bumiputera, indigenous groups.) Malaysian Islamism reflects broader political configurations and alignments, including the relative purchase of overtly communal politics, the strength and coordination of opposition parties, and the power of UMNO vis-à-vis its National Front (Barisan Nasional, BN) partners. Islamism has never lost its electoral luster in Malaysia and is stronger than ever, too, across state institutions and civil society.

Malaysia has no significant recent tradition of “radicalism.” Although constitutionally secular, with freedom of religion for non-Muslims, the polity prioritizes Islam. Among the most contentious contemporary political issues are the relative primacy of shariah (Islamic law) and civil courts (Malaysia has had a bifurcated civil code since colonial times), possible extension of that dualism to hudud (shariah-derived criminal penalties), and the Islamization of law more broadly. The bureaucratic apparatus over Islam has boomed since then-Prime Minister Mahathir Mohamad launched a program of penerapan nilai-nilai Islam (inculcation of Islamic values) in the early 1980s. Cognate initiatives since then include Abdullah Ahmad Badawi’s Islam Hadhari (“civilizational Islam”) and discussion now in both government and opposition of maqasid syariah, or attaining the objectives of shariah. Growth in personnel and budgets have surged, particularly of the federal Jabatan Kemajuan Islam Malaysia (Department of Islamic Development) and the lattice of state-level counterparts (detailed in Mohd Azizuddin Mohd Sani’s 2015 Islamization Policy and Islamic Bureaucracy in Malaysia).

Most importantly, Islamism projects through political parties. PAS, which remains strongest on the east coast, has downplayed ethnic chauvinism since the 1980s and has a readily activated, hierarchically structured mass base. However committed to Islamization, and despite vacillation under current president Hadi Awang, PAS has been a key proponent of political liberalization, allying intermittently with other opposition parties to advocate for democratization, good governance, and social justice, since the late 1990s. (The place of Islamization in these coalitions’ common platforms remained hazy and ultimately problematic.) Splinter-party Parti Amanah Negara (National Trust Party) now carries that reformist mantle as part of the latest opposition coalition; PAS plans to contest separately in elections due by August 2018. On the government side remains the behemoth UMNO.

A vibrant and intellectually diverse Islamist civil society (for instance, the several important and distinct groups Ahmad Fauzi Abdul Hamid and Che Hamdan Che Mohd Razali profile in a 2016 working paper) spans education, social welfare, proselytization, and other domains, notwithstanding an ever more managed orthodoxy in religious praxis and expression; “liberalism” and “pluralism” are increasingly verboten. Pushback risks sanction, while “deviant sects,” including Shi’ism and Wahhabism, are proscribed (most formally with a 1996 fatwa, implemented across most Malaysian states). In a 2009 working paper, “The New Challenges of Political Islam in Malaysia,” Ahmad Fauzi Abdul Hamid traces this mounting radicalization to changes in public school curricula, to include a more Middle-Eastern or Saudi-derived mindset, more exclusivist and less tolerant of minorities, facilitated by those who have studied Salafist thought abroad on Saudi scholarships; he notes increasing insensitivity and unwillingness to engage or debate.

Yet Malaysian Islamism remains largely a domestic political force—which is not to downplay its potential to disrupt and destabilize. Current gestures toward some form of “Malay-unity” alliance between UMNO and PAS, the increasingly elaborate and authoritative Islamist bureaucracy and judiciary, and stepped-up glorification of Malaysia’s hereditary sultans conjoin to elevate Islam, intertwined with norms of ketuanan Melayu (Malay dominance), and to sideline other communities. The impetus for UMNO’s seeming receptivity to PAS and its priorities, Najib and UMNO face shaky odds. The BN has struggled especially among urban, mostly non-Malay (especially Chinese) voters in the past two elections; touting Malay rights and Islam may secure UMNO enough votes to win, particularly if a fractious opposition fails to consolidate.

International Islamism hovers in the background. Some Malaysians participated as mujahideen in Afghanistan in the 1980s; Malaysia vehemently opposes Israel (US support for Zionism is a sore point); and higher education and tourism—as a host and sending state—as well as Malaysia’s role in the Organization of the Islamic Conference keep Malaysians well-connected with the global Ummah (Muslim community). Najib has sufficiently warm ties with Saudi Arabia that he could claim, however implausibly, that USD600+ million funneled to his personal accounts was a donation for UMNO from Saudi royalty, rather than siphoned from the 1Malaysia Development Berhad (1MDB) sovereign wealth fund. Regionally, Malaysia equivocates: the government and specific actors have expressed sympathy over the years for beleaguered Muslim minority communities—Acehnese, Rohingya, and others—but eschewed significant intervention. As for Mindanao, a territorial claim by the Sulu sultanate, last exercised in 2013, as well as periodic hostage-takings and other incursions imperil Malaysia’s own interests. And Malaysia has been more a conduit than base for regional terrorist networks, despite claims since the early 2000s of ties with Jemaah Islamiah, al-Qaeda, and others.

Scattered incidents have raised alarm: a violent standoff in 2000 with the armed, 1,800-strong Al-Maunah sect; the 2001 revelation of a Kesatuan Mujahideen Malaysia, comprising 1980s graduates of South Asian and Indonesian schools, including some from PAS (leading some Malaysians to doubt the charges as partisan targeting); and a June 2016 Syria-linked attack on a nightclub in a Kuala Lumpur suburb. Amid a roundup of suspected militants in 2014-15 came a Malaysian fatwa against ISIL and enhanced government programs to combat extremism—some of which, including the 2015 Prevention of Terrorism Act, double as tools to suppress political opposition.

In December 2015, Malaysia’s transport minister alarmingly estimated 50,000 ISIL supporters in Malaysia, citing police intelligence. In a January 2016 USAID report, however, Greg Fealy and John Funston indicate problems with official statistics, which may be designed to provoke a response. They estimate a total of 300-450 Malaysian and Indonesian fighters in Syria and Iraq, the majority with ISIL, and 80-173 arrests of alleged sympathizers as of mid-2015. Official figures at that point for Malaysia were 154 in Syria or Iraq; around 60 had died, with about twice that number arrested while joining or returning from ISIL. Recruits vary in age and background, with social media having a more galvanizing effect in Malaysia than Indonesia. Recruits from both countries join the Majmu’ah Persiapan al-Arkhabiliy unit, but there seems to be no organizational structure within Malaysia.

A 2013 Pew poll found 8 percent of Malaysian Muslims (versus 53 percent in Indonesia) worried about Muslim extremists; the lower prevalence in Malaysia may reflect fewer local attacks. Yet Fealy and Funston estimate 8.5 ISIL supporters per million in Malaysia, versus 1.4 per million in Indonesia—both figures dwarfed by the estimated 18 per million in France and 40 per million in Belgium. While the threat to regional security currently appears low, particularly given aggressive state counter-mobilization and prevention efforts, that could change given a major shift in fortunes for ISIL, if more return home from Syria, or if those prevented from joining ISIL abroad engage in domestic attacks instead. Recent developments in Marawi have sparked concern in Malaysia and Indonesia, as well, of potential regional contagion.

Malaysia’s relationship with the US, centered on an economic and security alliance, remains robust. Since 9/11, Malaysia has been keen to assert its counter-terrorist credibility. The alliance appears impervious to parties or personalities in office. Political polarization around Islam and religious freedom broadly, including its ethnic implications, could have implications for governance and stability within Malaysia, but these factors are unlikely to complicate Malaysia’s foreign relations at least in the short-to-medium term, particularly as the US and Malaysian governments share a commitment to countering violent extremism. However, anti-Muslim sentiment or actions in the US, particularly in immigration policies, garner unsurprisingly poor press in Malaysia; that ball, though, is squarely in the US’s court. All told, militancy should figure less prominently in the larger calculus of US strategic interests in Malaysia than other dimensions of Islamism—albeit with the understanding that fundamentally domestic political trends in Islamist thought and priorities do bear on patterns of radicalization and alignment.