The best way to help states with big budget troubles is to hold their politicians’ feet to the fire. 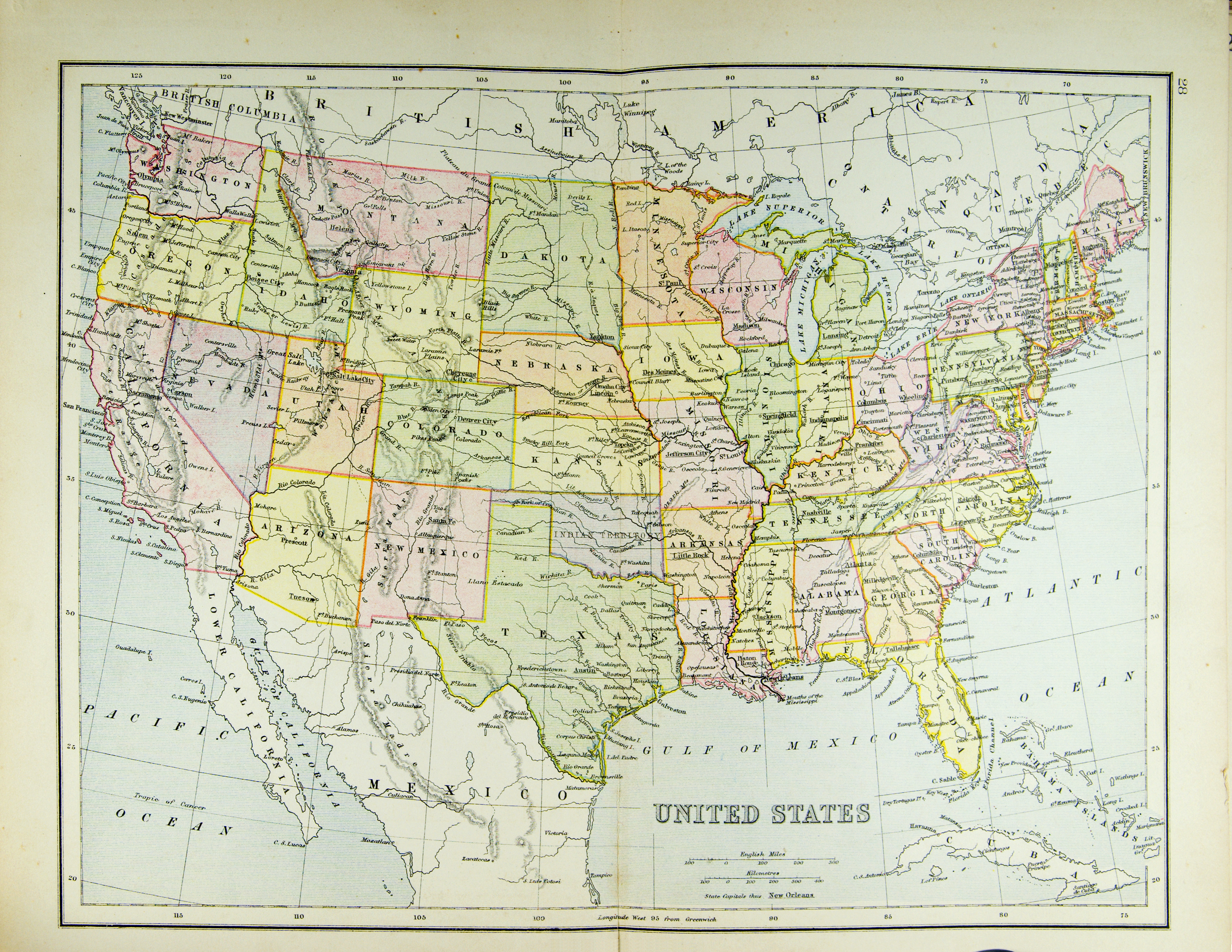 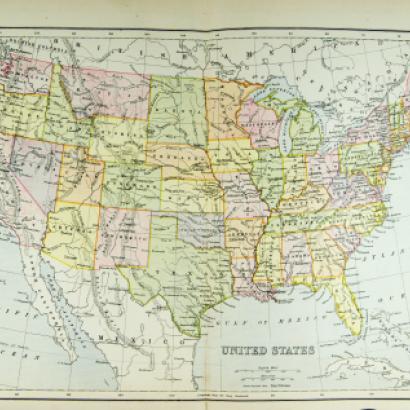 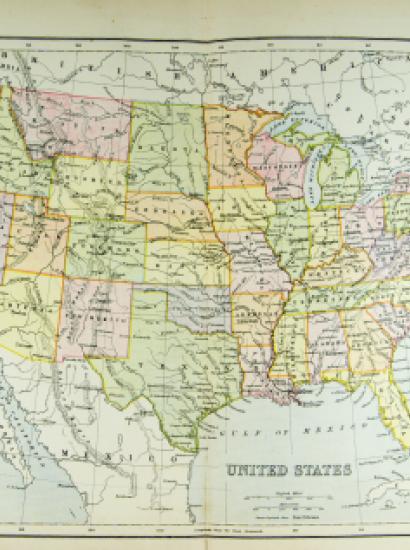 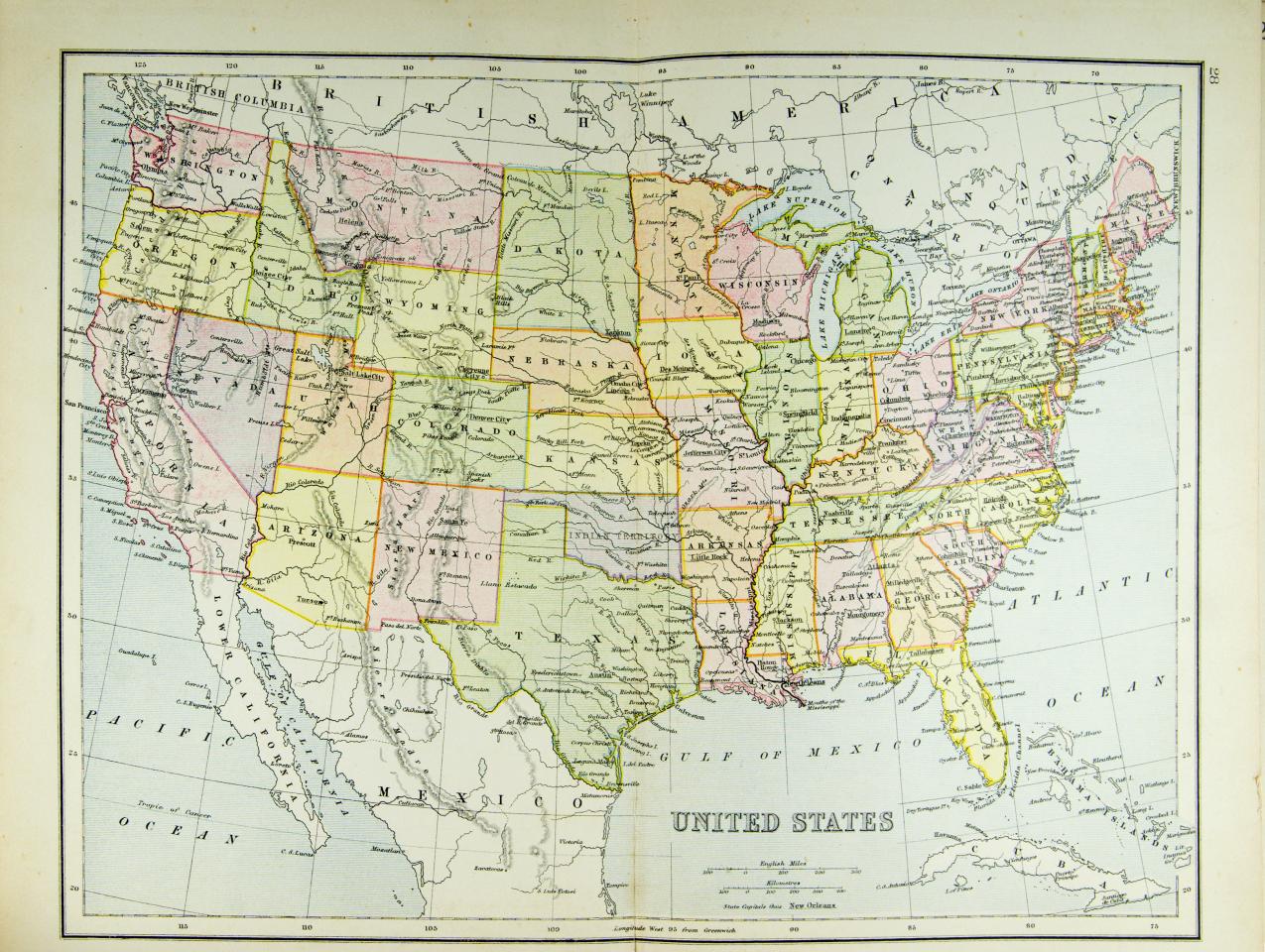 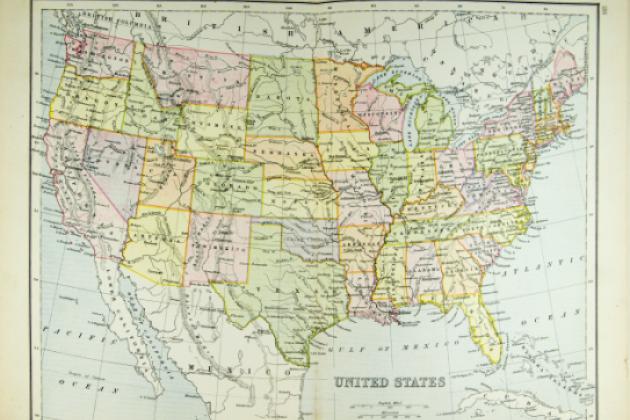 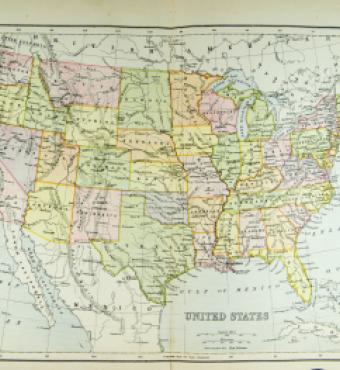 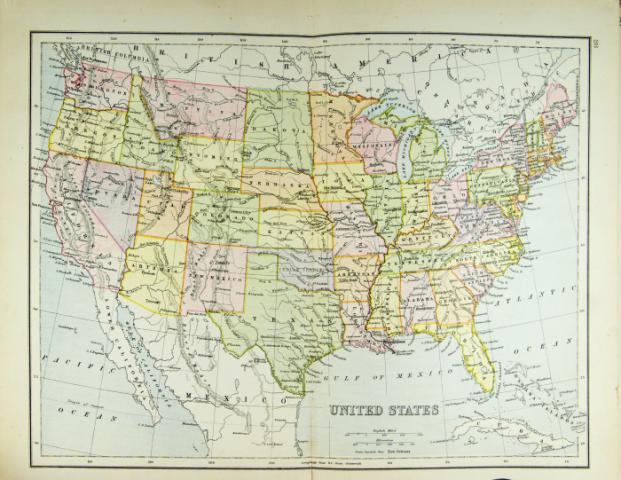 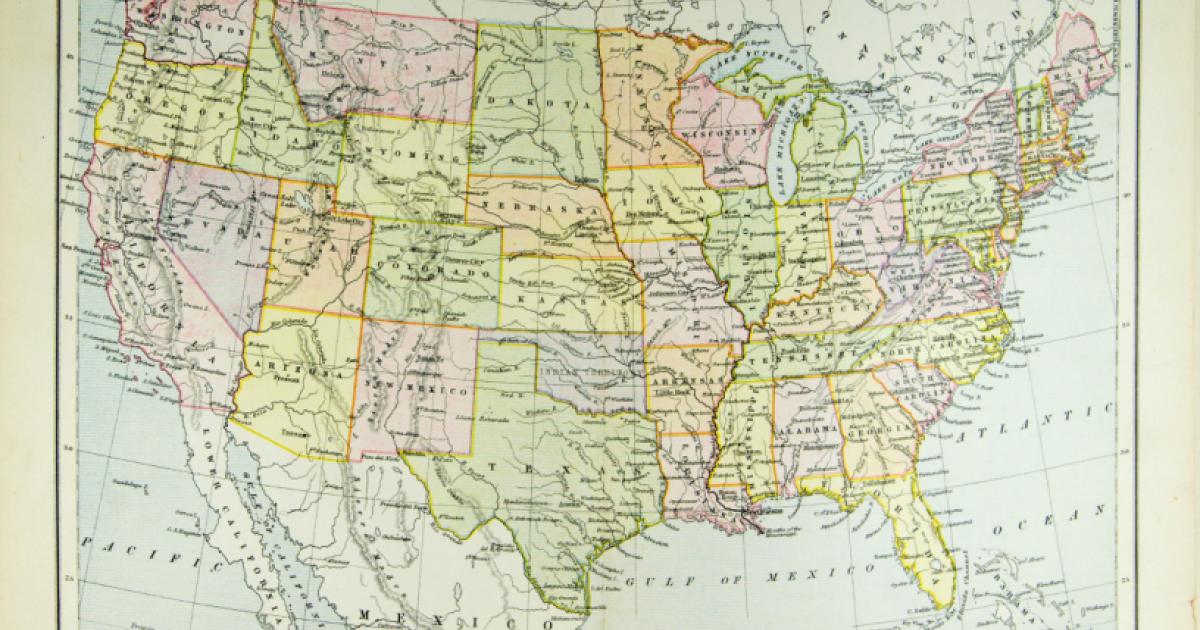 In May, the House of Representatives passed the $3.2 trillion HEROES [Health and Economic Recovery Omnibus Emergency Solutions] Act by a vote of 208 to 199. Fourteen Democrats and one Independent voted against and only one Republican in favor. The Act would give $1.077 trillion to state and local governments. To put that number in perspective, total state tax revenue in Fiscal Year 2019 was $1.08 trillion. In short, the proposed subsidy to state governments is huge.

The most vocal advocates of the subsidy are members of Congress and/or governors of states with big budget deficits, such as California, Illinois and New York. Their budgets are in shambles. Do they have an argument beyond “we need it” and “it's a moral obligation”? California’s governor Gavin Newsom, for one, doesn’t.

One could make two main arguments. First, because virtually all state governments face a balanced budget requirement, the logical entity to pay is the federal government, which not only has no balanced budget requirement, but also can print money to finance some of the resulting deficit. Second, as New York’s governor Andrew Cuomo argues, residents of New York, a state that would stand to receive a large subsidy, pay more to the federal government in taxes than they receive in federal spending.

Both arguments are flawed. That the federal government need not balance its budget is what’s leading us to a federal debt held by the public that will equal U.S. Gross Domestic Product by the end of September, 10 years earlier than the Congressional Budget Office expected back in early March. This will burden younger Americans and those not yet born.

Moreover, the balanced budget requirement that state governments face limits their fiscal irresponsibility. Bail those governments out and the result will be the reverse. And if there’s something wrong with residents of a state paying more than they’re getting from the feds, and that’s a big “if,” then the underlying problem should be corrected. Two wrongs don’t make a right. Finally, if the provision of the HEROES Act that extends the $600 per week unemployment benefit were to become law, state government finances would be in an even bigger hole. Simply saying no to the bill would, in a seeming paradox, leave a smaller hole to fill.

Rather than consider all states in detail, I’ll discuss mainly the one I know best: California. I am a Californian, having lived here for 41 of my 48 years in the United States and continuously since 1984.

Governor Newsom, in a May 17 interview with CNN’s Jake Tapper, asserted that the $54 billion budget deficit the state government is facing “is a direct result of the impact from the coronavirus pandemic and not because of existing financial troubles.” Close but no cigar. There are three problems with this statement.

First, in claiming that California’s government would have a $54 billion deficit, Newsom contradicted the California’s Legislative Analyst’s Office (LAO). That office, which has a stronger incentive to tell the truth than the governor has, estimates that the budget deficit will be a much more manageable $18 billion to $31 billion. The $18 billion estimate is based on a U-shaped recession, with the recovery starting this summer. In case you think that’s too optimistic, the LAO’s U-shape assumes that economic activity stays “below pre-recession levels well into 2021.” The $31 billion estimate assumes an L-shaped recession, with the economy in recession well into 2021 and gradual recovery not beginning until the second half of 2021. Now that’s pessimistic! In 2019, California’s gross state product was $3.2 trillion. Of course, it will be lower this year. But I point that out to note that the pessimistic $31 billion deficit is only about one percent of last year’s gross state product.

Second, although much of the budget deficit is due to the pandemic, a large part is also due to Newsom’s extreme lockdown, which he began on March 19. In attributing the deficit to the Covid-19 disease, Newsom, like many politicians and pundits, failed to distinguish between the voluntary social distancing measures that people undertook before the lockdown and the lockdown itself. Those voluntary measures certainly reduced economic activity, with the decline in spending on restaurants and bars being one of the main ways that happened. But the Newsom lockdown went much further, causing a closure of many retail outlets that people would have still been inclined to patronize, albeit with social distancing. In short, part of the economy’s decline is on Newsom.

Third, the truth of Newsom’s statement depends on what he means by “existing financial troubles.” He is right that the California government had a large budget surplus. But part of the reason is that the state and local governments routinely underfund their too-expensive pension plan for state employees. (In a March 2017 report, Edward Ring of the California Policy Center estimated that the average full career—30 years of work—pension for a retired government employee in California was $68,673, not including benefits.) In Ranking the States by Fiscal Condition, a study published in October 2018 by the Mercatus Center at George Mason University, economists Eileen Norcross and Olivia Gonzalez reported that in Fiscal Year 2016, California had an unfunded pension liability of $222 billion. In a January 2019 article for the California Policy Center, Marc Joffe and Edward Ring found that by Fiscal Year 2017, that had grown to $316 billion. Joffe and Ring point out, though, that the $316 billion estimate is based on an overoptimistic rate of return on pension assets. They argue that the real liability for Fiscal Year 2017 was $846 billion.

Three other major states in trouble are New York, New Jersey, and Illinois. New York’s director of the budget, Robert F. Mujica Jr., predicted in April that state government revenues will be down by $13.3 billion “as a direct consequence of the pandemic.” New Jersey’s state treasurer, Elizabeth Maher Muoio, predicted on May 13 that New Jersey’s state government revenues over the remaining part of Fiscal year 2020 and all of Fiscal Year 2021 will be $10.1 billion lower. Alexis Sturm, director of the Illinois Office of Management and Budget, predicted on April 15 that state government revenues will be $2.7 billion lower in Fiscal Year 2020 and $6.2 billion to $7.4 billion lower in Fiscal Year 2021.

The Federation of Tax Administrators estimated a $152 billion loss in state government revenues through the end of the states’ fiscal years, which typically end on June 30. That sounds high. Two things about that number are striking. The first is how manageable those losses are, even without a federal bailout. That same study notes that state FY annual budgets were estimated to total about $900 billion for the entire fiscal year, and also estimates that year-end balances plus rainy-day funds totaled $90 billion. So that leaves only $62 billion ($152 billion minus $90 billion) in spending cuts or tax increases. It would probably not be hard mathematically, even if hard politically, to find $62 billion in cuts, which amount to only 7 percent of the prior estimated revenues.

The second striking thing about the $152 billion loss is how small it is compared to the size of the bailout provision of the HEROES Act, which would give $1.077 trillion to state and local governments. That’s over 7 times the loss. To be sure, the bailout is for Fiscal Year 2021 as well as FY 2020. But Moody’s projects state and local losses for those two fiscal years to be $482 billion, which is less than half of the $1.077 trillion bailout.

Why is the HEROES bailout so much greater than the states’ losses? Simple: State governments would likely use a large part of the bailout money to make up for shortfalls in their funds for state government pensions. In April, Illinois Senate Democrats, for example, asked Congress for a bailout of over $40 billion, $10 billion of which would go the state pension fund. A famous Illinois politician, Rahm Emmanuel, famously said “You never want a serious crisis to go to waste.” His fellow Illinois Democrats’ motto could be “Never let a crisis go to waste when you can use it to subsidize waste.”

And that brings us to accountability.

On the issue of accountability, of course the federal government does bear some responsibility for the Covid-19 crisis. As I’ve written, the Centers for Disease Control held up tests for the disease for about a month, which is an eternity in a swiftly moving pandemic. And the Food and Drug Administration has systematically gotten in the way of private sector testing that could help people feel comfortable going back to work. The CDC’s actions are sunk costs, but the FDA’s barriers are ongoing. The solution, though, is to remove those barriers, not to reduce state governments’ accountability. Nothing in the HEROES Act removes or even lessens those barriers.

Governor Cuomo has argued that New York state’s government deserves subsidies because its residents pay more in federal taxes than they receive in federal spending. But that comes about for three main reasons. First, much federal spending is for the military and New York state has few military bases. Second, about $1.8 trillion in annual federal spending, which is over 40% of the total, is for Social Security and Medicare, which go almost entirely to the elderly. A disproportionate number of the elderly retire to Florida. Third, New York has a disproportionately large number of high earners and, with our progressive income tax system, high earners pay a large percent of overall federal income tax payments.

So if Cuomo objects, he should object to one or more of those factors. Does he? I don’t think so. Personally, even though my wife and I get large Social Security payments, I would love to see the feds rein in Social Security spending. And there’s a strong case against progressive income taxes, on grounds of both efficiency and fairness.

Moreover, if Cuomo’s objection is to states getting less than they give, why is the state the right unit of analysis? Why isn’t that an objection at the level of the individual? The progressive income tax takes far more from most high-income people than it gives them in government benefits. That’s a further argument against progressive income taxes.

Finally, one provision of the HEROES Act, the extension to January of the feds’ $600 per week addition to unemployment insurance, would hurt state budgets even more, on both the spending and the tax side. On the spending side, it would encourage people on unemployment insurance to stay unemployed longer, which means they would also receive state unemployment benefits. On the tax side, because they would be unemployed longer, they would not make as much taxable income. This is particularly important for the 43 states that have an income tax. (Alaska, Florida, Nevada, South Dakota, Texas, Washington, and Wyoming do not.) Paradoxically, therefore, the best thing that could happen to state budgets would be for the federal boost to unemployment insurance to end, which it is scheduled to do at the end of July.

The best way to help the citizens of California, Illinois, New York, and other states with big budget troubles is to hold their politicians’ feet to the fire. Just say no to state bailouts.