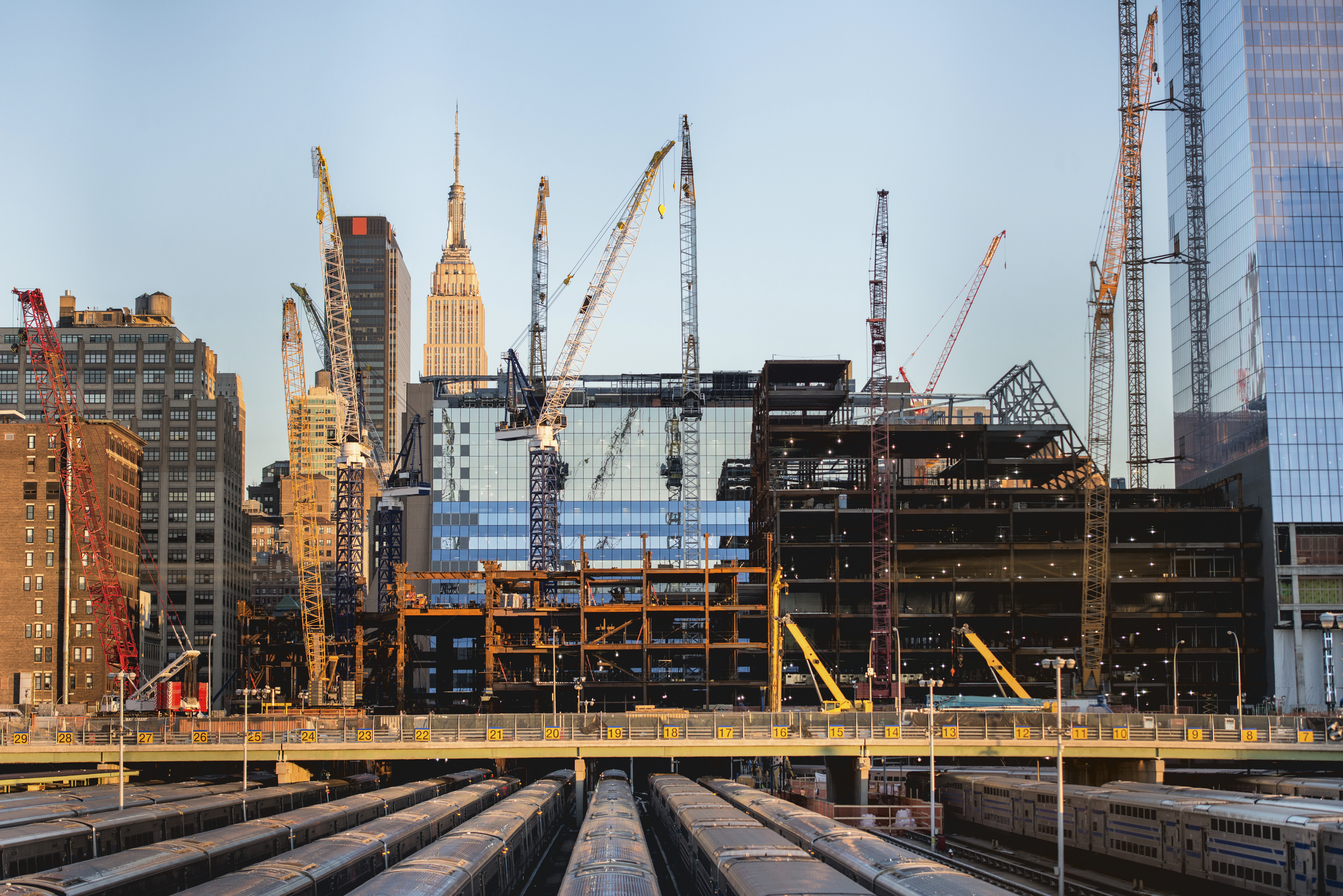 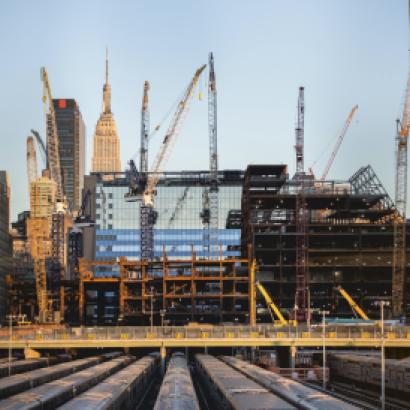 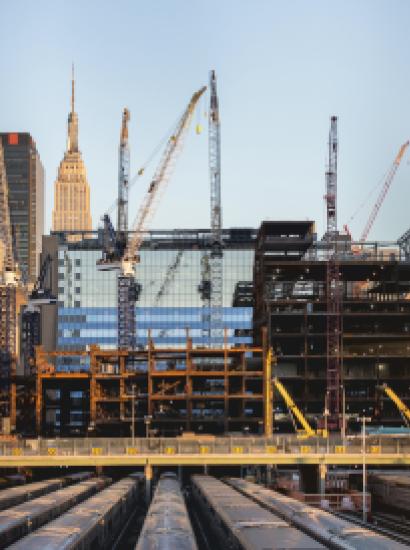 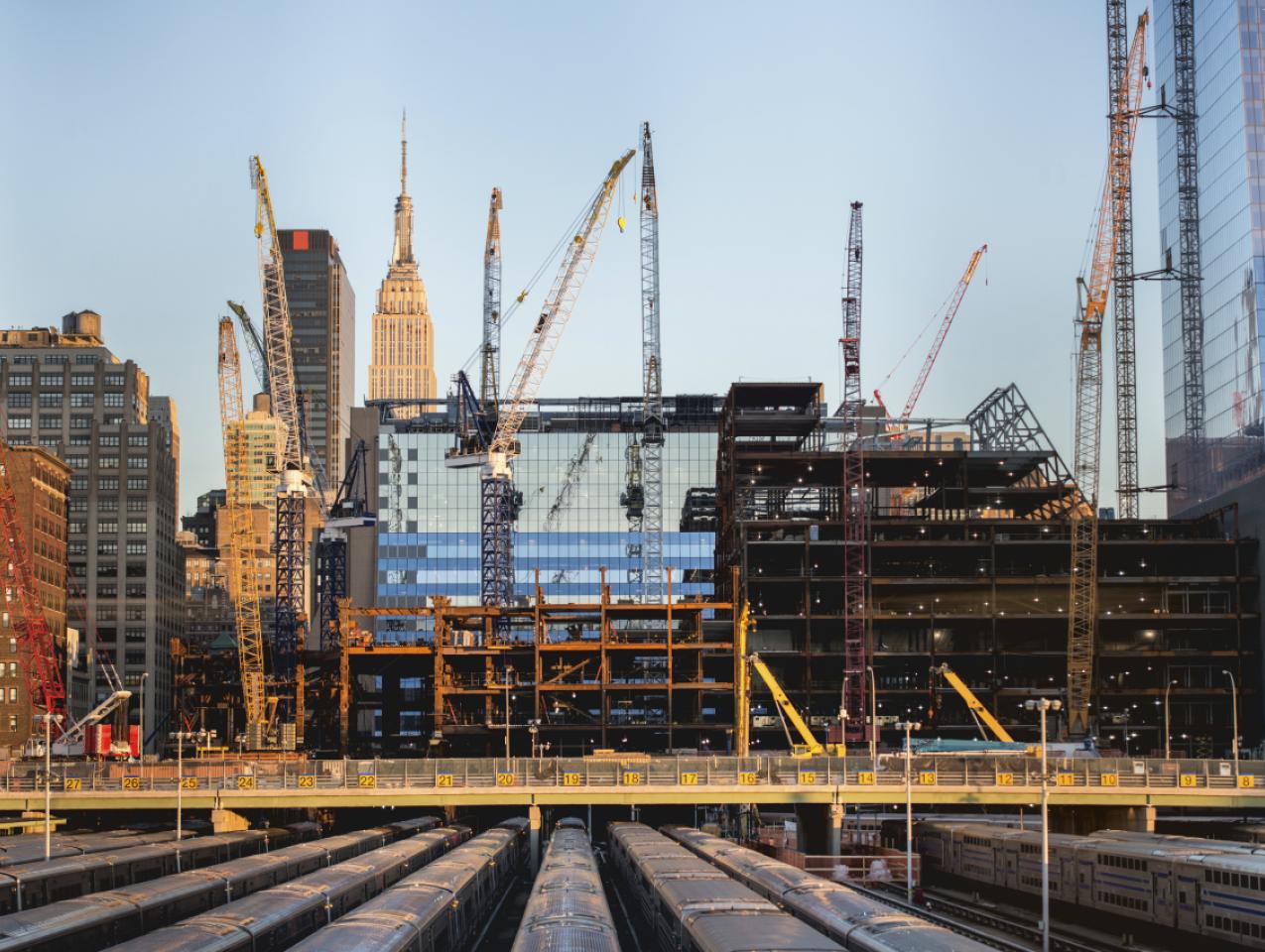 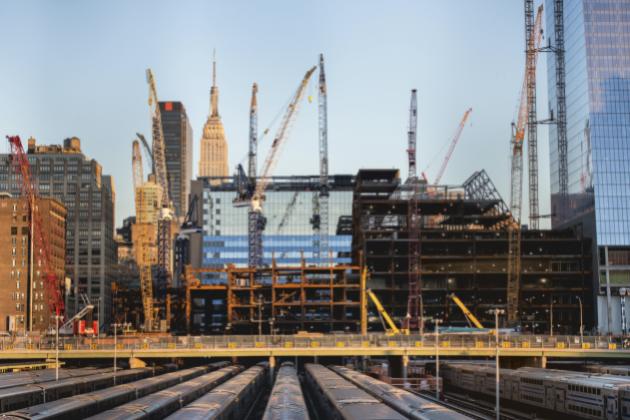 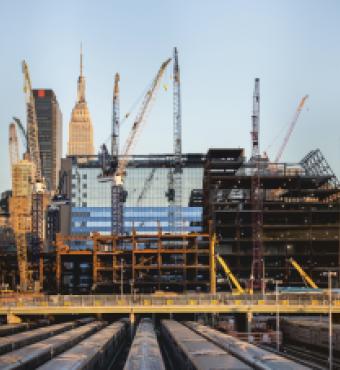 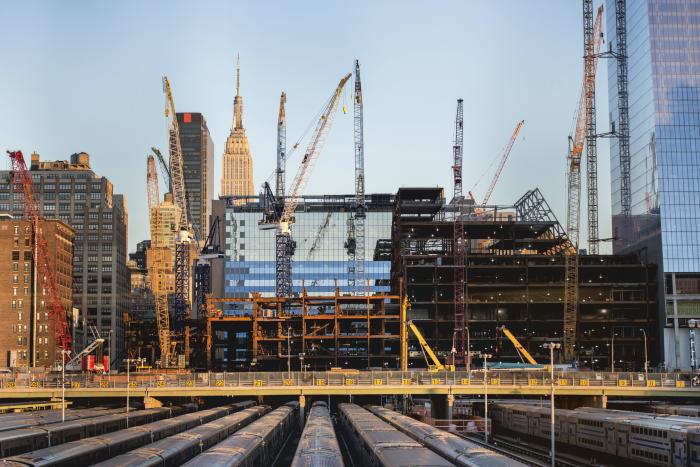 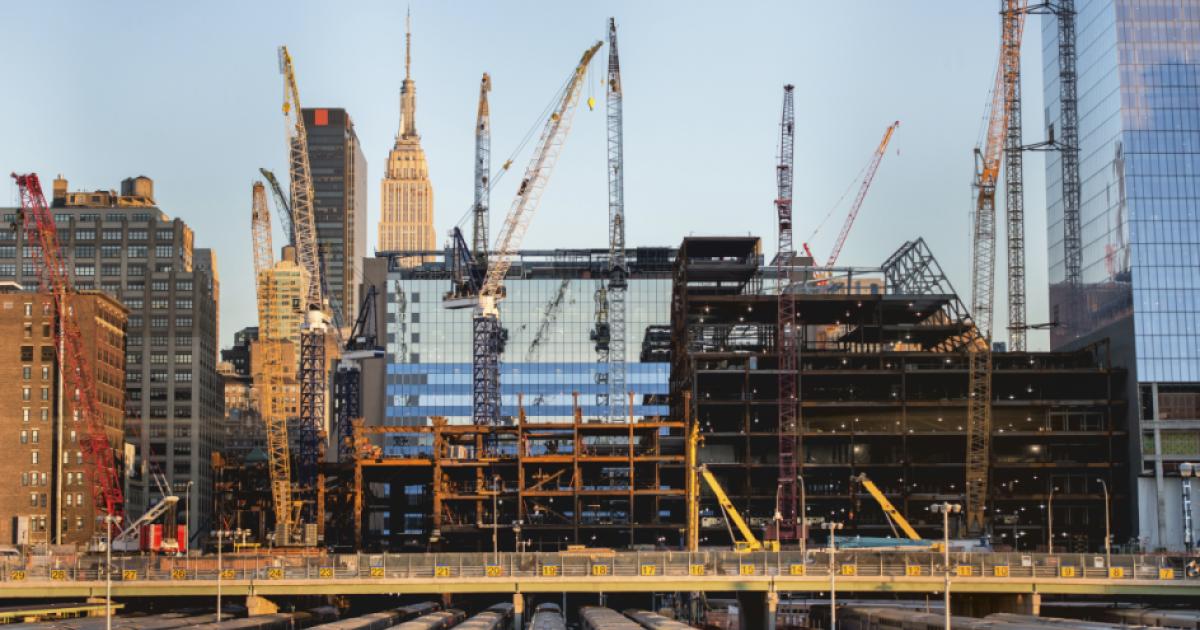 There is good news to welcome in the New Year. For the first time in a very long time, labor markets have heated up, and much of the credit goes to the Trump administration and, specifically, Neomi Rao, the head of the Office of Information and Regulatory Affairs, who has taken the lead in chopping through the regulatory morass that for too long has strangled labor markets. But don’t take my word for it. Even the New York Times confirms the widespread “perception that years of increased environmental, financial, and other regulatory oversight by the Obama administration dampened investment and job creation—and that [Donald] Trump's more hands-off approach has unleashed the 'animal spirits' of companies that had hoarded cash after the recession of 2008."

By way of example, the Wall Street Journal has reported that pay raises were accompanied by signing and retention bonuses in tight-labor market cities like Minneapolis, especially in key sectors like construction, information technology, and manufacturing. Manufacturing is an especially critical indicator, because it shows that job growth wage increases are possible without following Trump’s counterproductive infatuation with protectionist legislation.

To be sure, the Times piece dutifully downplays the good news by reminding readers that “there is little historical evidence tying regulation levels to growth.”  The article even throws a bone in the direction of progressive economists who insist that in the long run, Obama-style regulations can produce benefits, not only for the regulated parties, but for the larger economy and the overall environment.

Yet this skepticism about the current wave of deregulation misses a critical point. The policy shift from the Obama administration to the Trump administration has been dramatic. The Obama administration relentlessly added new labor market regulations while Trump’s has pared back on the enforcement of the labor and antidiscrimination law to an extent that has little historical precedent. It is no wonder that wages were stagnant and that firms were reluctant to move forward with new hiring and expansion under the prior regulatory regime. But a year into the Trump administration, it is possible to explain the correct relationship between regulation and growth, by stressing two key points. The first disentangles good from bad forms of regulation. The second explains why wage increases are often a delayed response even to sensible forms of deregulation.

The first point relies on the simple distinction between regulations that help markets and regulations that strangle them. In the first class are the many regulations that increase the security of transactions. These include rules requiring that certain contracts (such as long-term employment contracts) be in writing, or recorded to be binding on third parties. In addition, sensible regulation of public utilities and the enforcement of antitrust to control monopolies and cartels generally lead to improved economic growth.

But Obama’s bundle of regulatory goodies never ameliorated either of these two recurrent problems.  Instead, at every point, his regulations increased transactional uncertainty by introducing restrictive trade practices in labor markets. Thus its vigorous enforcement of the Fair Labor Standards Act (FLSA) and the National Labor Relations Act limited freedom of contract between employers and employees. Any regulation that stifles freedom of contract in competitive markets produces losses to all trading parties, while simultaneously reducing the economic opportunities of third parties. These rules hold as much in labor markets as anywhere else. Obama’s most notable initiative under FLSA was to propose doubling the annual wage level at which minimum wage and, most critically, overtime regulations would kick in, to around $47,000. That one blunder would have upended huge growth in three vital areas of the economy—start-ups, graduate students and post-doc fellows, and the gig economy. By rolling back this regulation, Trump transformed the regulatory landscape for the better.

Similarly, the Obama administration aggressively sought to hold franchisors, like McDonald’s, responsible for the unfair labor practices of their franchisees. That one sop to organized labor would have upended decades of prior practice in another highly successful industry. Nixing this proposal, as the Trump administration did, was a huge change for the better. Progressive policymakers are correct insofar as they argue that it is improper to judge regulations solely by their short-term burdens on regulatory parties. But that mantra continues to naively assume that these negative short-term effects will somehow usher in long-term positive effects. With virtually all progressive regulations, exactly the opposite is true. Systemically negative long-term effects on third parties only compound the original regulatory blunders.

The second point goes to the temporal relationship between regulation and investment. Investment decisions are made over time frames that can run from five years to a generation. These decisions are necessarily riskier if the regulatory environment can become more ominous between the time of the initial expenditures to the time the project goes into operation. Now that Trump has been in office for close to a year, business people look less to his erratic foreign policy tweets and more to his steadfastness of purpose on domestic regulation. Even without the controversial business tax cuts, the stable regulatory environment creates intangible but positive expectations that increase business confidence and open the purse strings. These new investments, present and future, create higher wages and increased consumption.

Progressive critics, of course, are never satisfied, because they still fear that minorities and the poor will miss the parade, thereby aggravating already savage inequalities in income, wealth, and opportunity. Critics like Vanderbilt Law School Professor Ganesh Sitaraman, in his much lauded, but profoundly misguided 2017 book The Crisis of the Middle-Class Constitution: Why Economic Inequality Threatens Our Republic, argues that this situation will lead to wholesale class warfare or even violence. But Sitaraman only reflects the confusion of his mentor, Elizabeth Warren, who thinks that the only way the rich get richer is for the poor to get poorer. Right now, ironically, race relations are, if anything, better than a year ago because we do not have the constant acrimony over the deaths of Trayvon Martin and Michael Brown that defined the final period of the Obama administration. It is not too far-fetched to assume that the relative calm in race relations (to which Charlottesville was the dreadful exception) stems in part because of increasing economic opportunities. As the the Wall Street Journal reports, “the unemployment rate for black Americans fell to its lowest rate ever at 6.8%.” The quiet news is the best news of all.

Theoretically, moreover, Sitaraman’s point is an absurdity because voluntary contracts in all markets—labor and finance not excepted—are positive-sum transactions that leave both sides better off than before. John F. Kennedy famously summed up the correct position by disdaining the epithet of the “trickle-down” economy by noting that “a rising tide raises all boats.” That is doubly true when all major federal initiatives are moving in the same direction. It is no coincidence that the widespread economic improvement has taken hold—including in minority communities—exactly at the time when the federal enforcement of the employment discrimination laws has fallen to a low ebb. By cutting off market transactions, these rules were job killers for black workers from disadvantaged backgrounds who today are more likely to be hired by employers who know that they will not face heavy liabilities if they are fired or demoted.

The key lesson going forward is to be aware of half measures that will only muddy the waters. The evidence on the power of deregulation will become clear only if the Trump administration continues its all-in policies. Even more importantly, it must firmly reject any and every progressive effort to tighten employment regulation. Perhaps the most perverse recent proposal is from Moshe Marvit and Shaun Richmand, both strong union advocates. Their legislative reform is to junk the current employment-at-will doctrine—whose powerful efficiency features are often overlooked—in favor of a “just-cause” dismissal regime in order to counter systemic employer hostility to union organizers, and indifference to workplace sexual harassment. This massive system of regulation would stop job growth in its tracks.

Remember, the strongest protection for any worker is not some balky legal regime, but a growing economy that makes the threat to quit credible. Indeed, one of the reasons why private sector unionism has dropped and covers only 6 percent of workers is that just–cause provisions are always needed to protect the union’s precarious position as representative of workers, many of whom would happily do without its services. It is critical to remember that the current labor boom is no short-term bubble. Today’s improvements rest on solid productivity gains. The same employers who fiercely resist unionization are happy to pay higher wages to workers whose efforts increase the profits and net worth of the firm, both in the short and long run.