We no longer have a military draft thanks, in large part, to this free-market economist. Tuesday, January 7, 2014 4 min read By:
David R. Henderson , 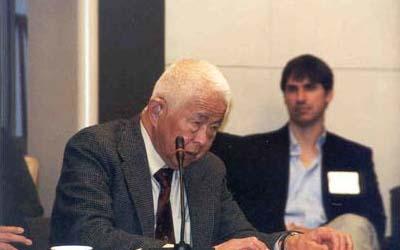 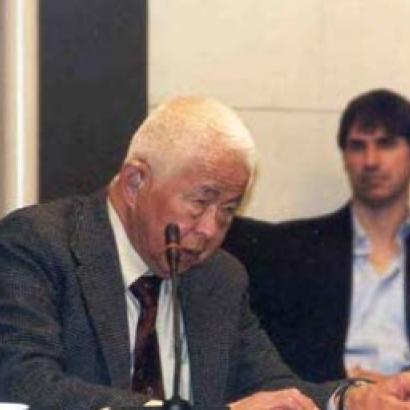 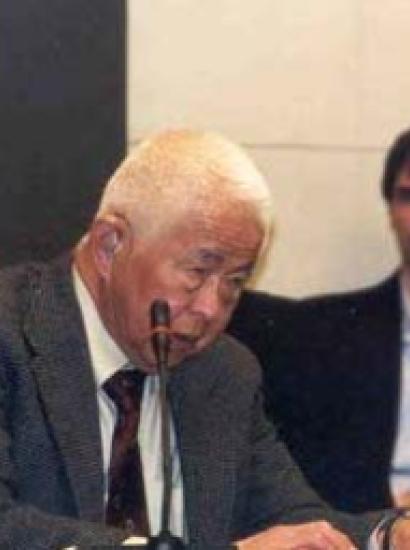 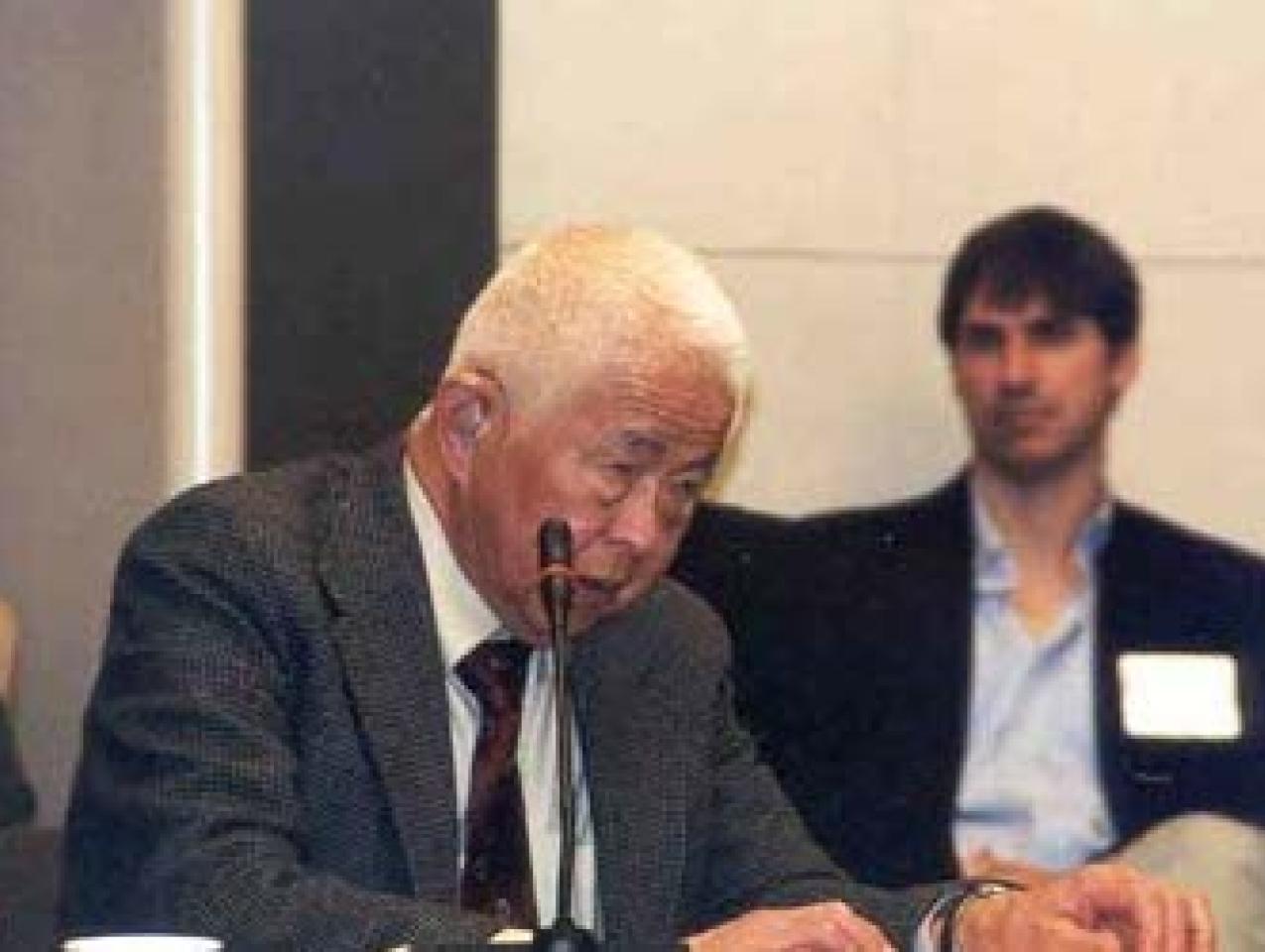 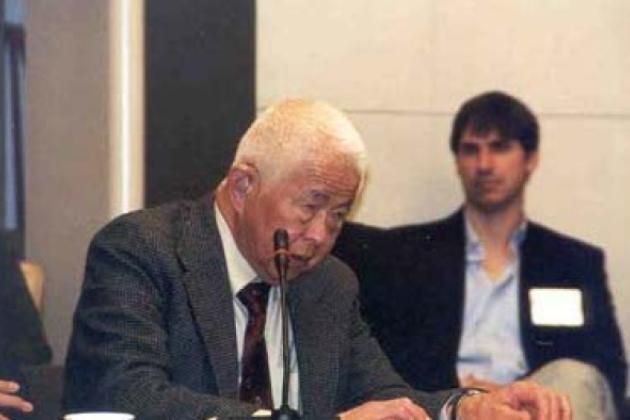 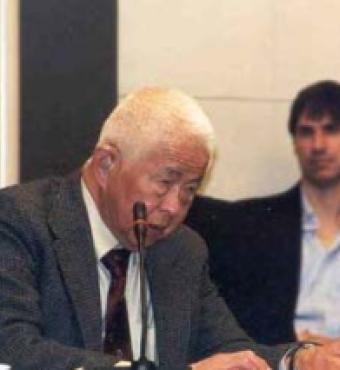 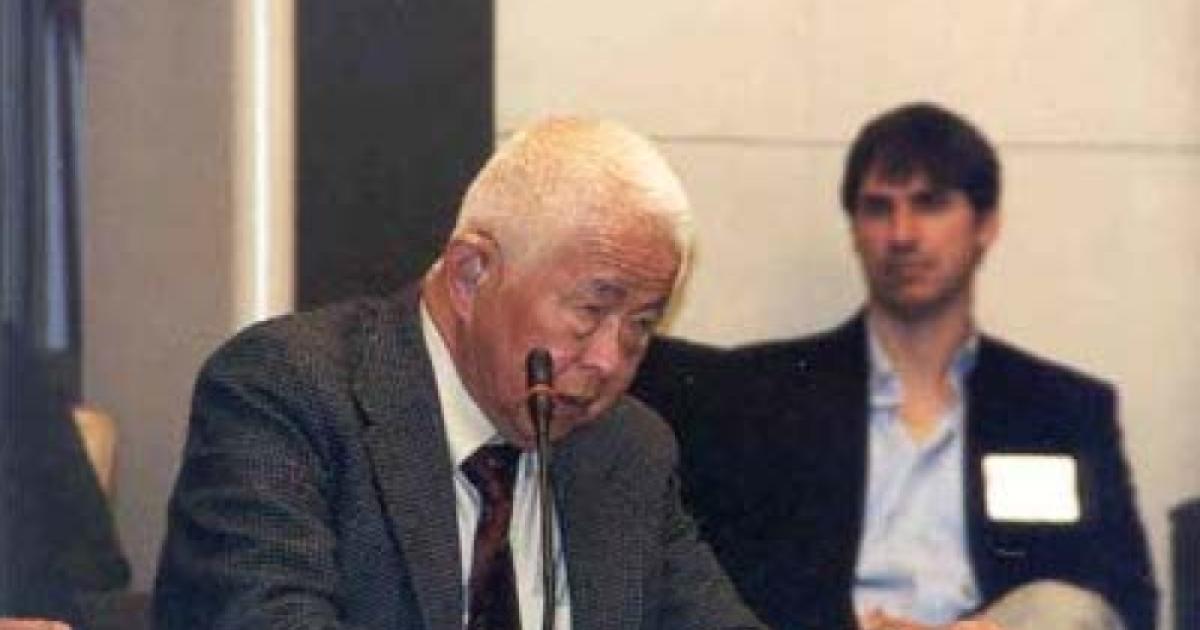 If you are an American male younger than 66, you should take a moment and give thanks to economist Walter Oi. Walter died on Christmas Eve 2013. Even though you probably haven't heard of him, he has had a profound effect on your life. He helped end military conscription in the United States.

Between 1948 and 1973, if you were a healthy young male in the United States, here's what you knew: the government could pluck you out of almost any activity you were pursuing, cut your hair, and send you anywhere in the world. If the United States was at war, you might have to kill people, and you might return home in a body bag.

Walter did not think that was right, and it wasn’t because of his own age or health. He was born in 1929. When he started writing about the draft in the mid-1960s, he was well beyond the draft-eligible age range of 18 to 26. (The draft-eligible age for doctors and dentists was even higher.) Moreover, he was blind, having gradually lost all his eyesight in the 1960s. Nor did he choose his position against the draft because he had sons who were at risk. Walter had two daughters, and when he was writing on the issue, almost no one was advocating the conscription of women.

No. Walter thought the draft was wrong because he thought that people should be able to make such an important choice—whether to join the military or not—for themselves.

His passion for free labor markets was what motivated his work on the draft. His contribution was to point out—and estimate—two costs. First, there was the hidden cost imposed on draftees and “draft-induced” or “reluctant” volunteers. The fact that this cost didn’t show up in the U.S. government budget was irrelevant. Walter pointed out that the correct way to measure the cost to the draftees and the reluctant volunteers was to take the difference between the low wages they were paid and the minimum amount they would need to be paid to get them to volunteer. He estimated this cost at between $826 million and $1.134 billion. While this number might seem low today, Oi was working with mid-1960s dollars. Inflation-adjusted to 2013, the losses would range from $6.1 billion to $8.4 billion. The second cost Oi estimated was the increased annual budget outlay needed to eliminate the draft.

Walter presented his results at the Conference on the Draft, held between December 4 and 7, 1966 at the University of Chicago. The invitees included two young anti-draft Congressmen. One was Robert Kastenmeier a Democratic member of the House of Representatives from Wisconsin; the other was Donald Rumsfeld, a Republican House Member from Illinois, and later the Secretary of Defense under President George W. Bush. Another invitee was pro-draft Senator Edward Kennedy (D-Massachusetts). Also in attendance were pro-draft anthropologist Margaret Mead and anti-draft economist Milton Friedman.

Writing some 30 years later, Friedman noted that the 74 invited participants “included essentially everyone who had written or spoken at all extensively on either side of the controversy about the draft, as well as a number of students.” Friedman’s other comment about the event is worth citing:

I have attended many conferences. I have never attended any other that had so dramatic effect on the participants. A straw poll taken at the outset of the conference recorded two-thirds of the participants in favor of the draft; a similar poll at the end, two-thirds opposed. I believe that this conference was the key event that started the ball rolling decisively toward ending the draft.

Six years after that conference, on January 27, 1973, Secretary of Defense Melvin Laird announced the end of the draft, and no inductions occurred after that. Finally, on June 30, 1973, legal authority for conscription ended. The draft was dead.

How important was Walter in ending the draft? William H. Meckling was the Executive Director of President Nixon’s Commission on the All-Volunteer Force. In 1990, Meckling wrote:

I first met Walter twenty-five years ago on one of his regular visits to the Pentagon where he was a consultant on personnel matters. In vintage Oi fashion he was provoking officials at the highest levels in the Department of Defense by openly advocating the abolition of conscription. In order to answer those who ridiculed voluntarism as wholly impractical, Walter had committed his considerable talents to estimating the budgetary implications of such a move. That work proved to be a watershed in the cause of voluntarism. It transformed the conscription discussion from dogmatic assertion to careful study of the consequences of abandoning conscription. Competent scholars in both academe and the military research community took up the challenge, and over the next five years they produced an impressive array of analyses of military personnel requirements, the supply of volunteers, and various historical and social aspects of conscription.

I got to know Walter when he was my colleague at the University of Rochester. He helped recruit me as a young assistant professor in 1975, although, by the time I got to the Graduate School of Management (now the Simon School), Walter had moved over to the Economics Department.

Walter was one of the most courageous men I had ever met. Two stories stand out. I heard the first one from Michael C. Jensen, another Rochester colleague, but I later checked with Walter to see if it was true, and it was. Walter’s first academic job was a short-term appointment at Iowa State University that had the potential to turn into a long-term appointment. At the time, though, his eyesight was deteriorating badly and was almost gone.  So who knew what his job prospects were?  Recall that back then, it was still legal to discriminate against people with disabilities. Some of his colleagues were telling young students that they should major in agricultural business because there was a great future in agriculture. At a faculty meeting, Walter pointed out that agriculture was a declining industry and denounced his colleagues for being less than honest. Now that takes guts. He was out of that job the next academic year.

The second story begins with a phone call I received from Walter when I was a senior economist with President Reagan’s Council of Economic Advisers in the early 1980s. A government commission looking into the World War II imprisonment of all Japanese-Americans living on the West Coast had just come out with a report, and its recommendation was that each person imprisoned be compensated with a check for $20,000. Walter wanted me to get him a copy of the report.

When I had first met Walter, while interviewing at Rochester, I had followed my curiosity. I have learned that, contrary to what almost all my elders told me when I was growing up, people generally love to talk about themselves, even about sensitive issues, if you ask them with some sensitivity. I had asked Walter if he had been imprisoned as a child during the war. He had been. He reminisced talked about being taken prisoner by the U.S. government when he was 13 years old and, before being shipped inland, living with his family for the first few days in a horse stall at the Santa Anita race track in Los Angeles. He had some pretty strong feelings about his imprisonment. I told Walter I would get him the report and then asked, “So what do you think of the commission’s recommendation?”

In his scholarly work, Walter accomplished much more than I have documented above, as a quick look at Google Scholar will show. But if one measures his accomplishments by his impact on the lives of literally tens of millions of young men, his focused work on the economics of the draft dominates all his other accomplishments. One of the most important economic freedoms is the freedom to choose your occupation. The military draft removes that freedom. Walter Oi helped to restore it.