Libertarians are jumping to rash conclusions about the use of police power. 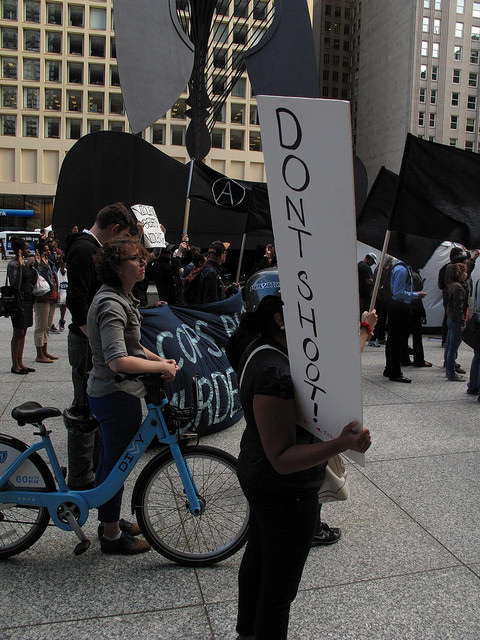 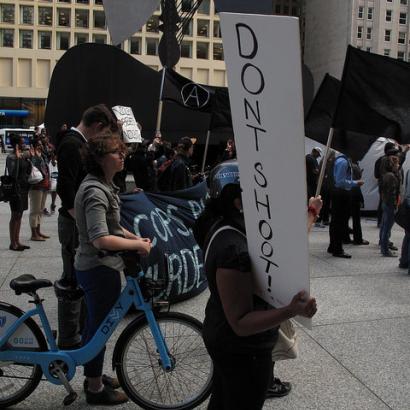 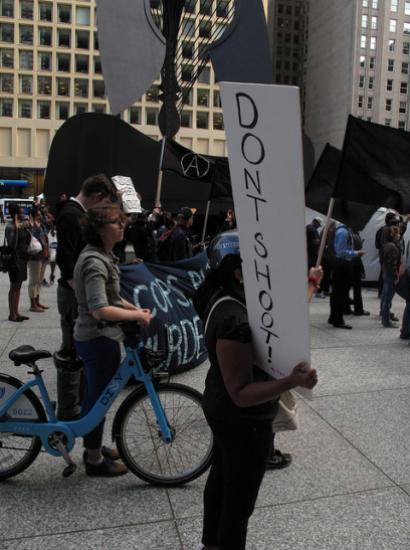 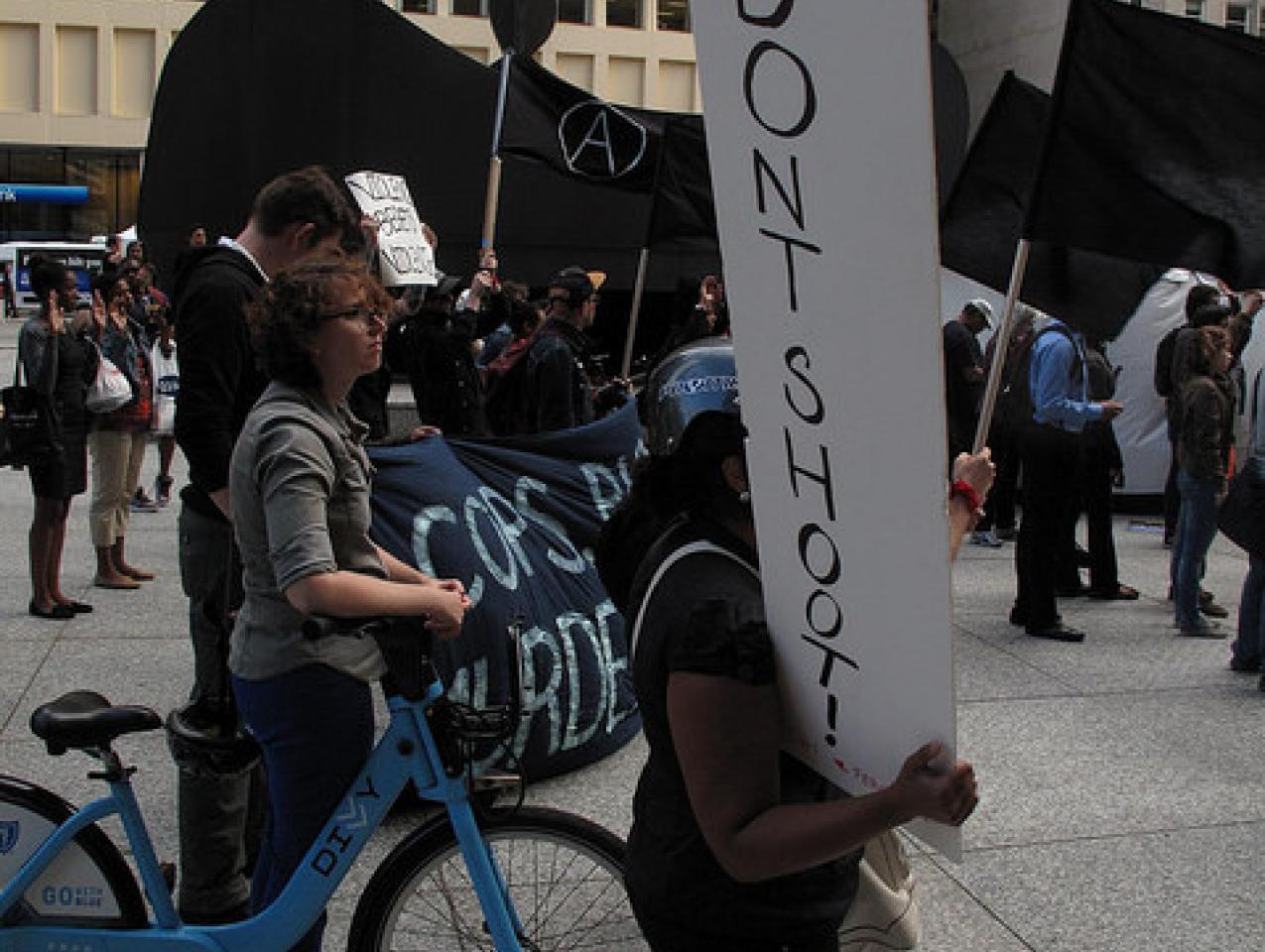 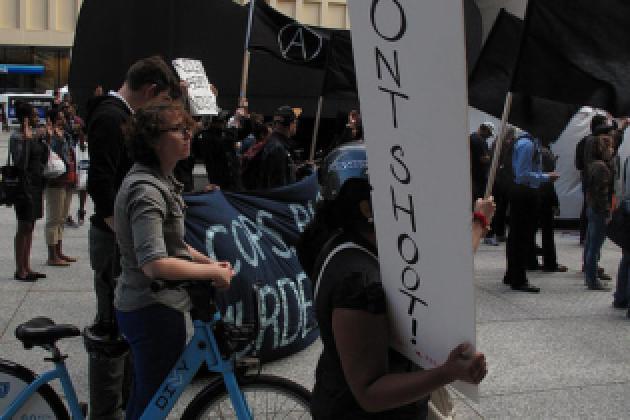 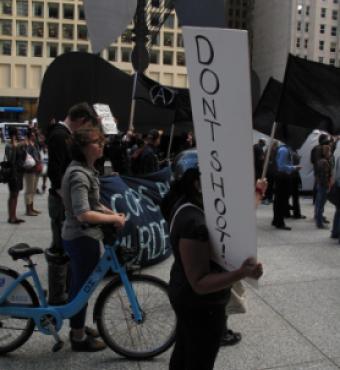 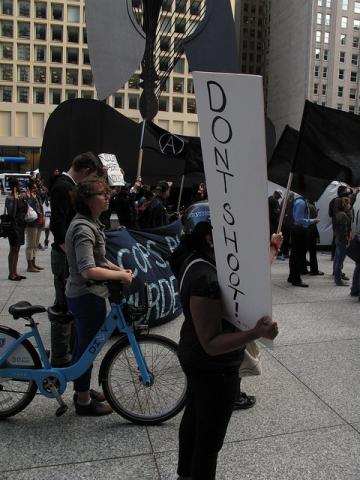 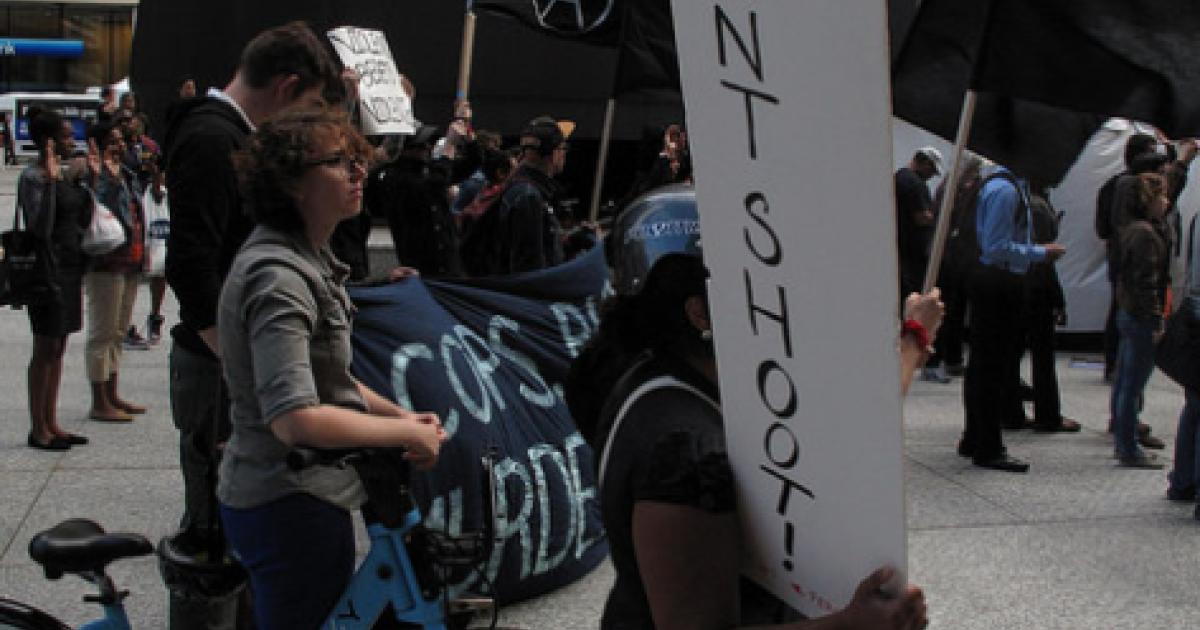 Last week, I wrote a response of Paul Krugman’s critique of libertarian economics. As I mentioned there, it often turns out that libertarians are their own worst enemies in their critique of tough current affairs. Consider Nick Gillespie assessment of the Libertarian Moment in Ferguson, which is instructive both for what it does and does not say.

Gillespie argues that the modern libertarian movement ranges far beyond the traditional bread and butter issues of limited government. He points out that America is now “more socially tolerant” and that high on the agenda of libertarian causes is gay marriage, smoking pot, and “other forms of self-expression.” The attacks on government are less focused on the choice between monopoly and competition, and more on the perceived heavy-handedness of the government bureaucrats. Mainstream libertarians—and this is where I break with them—harbor grave doubts about the use of military force overseas, the perceived invasions of privacy done in the name of security, and, most recently, the use of police power in places like Ferguson, Missouri. Forget for now the libertarian principles on labor unions, cartels, and rent control. Today’s libertarians are more passionate about police, police militarization, and matters of racial justice.

It is not that I entirely part company with modern libertarians on all issues relating to the police. It is that I would like to see libertarians of all stripes slow down their denunciation of public authorities, without whom we cannot enjoy the ordered liberty that we all prize. The correct attitude on the police force is to see it as a regrettable necessity, but a necessity nonetheless. Without police intervention, many cities in this country would turn into Iraqi-style war zones. The point remains true even if it is the case, as it is in Iraq, that most people have a strong desire to live out their lives in peace So long as some fringe groups are intent on using violence, they can force everyone else to follow suit, until by degrees entire nations can be plunged into chaos and sectarian violence unless there are some organized institutions to protect us.

But that is only half of the story. The next step is to ask what should be done to make sure that the police, with their own monopoly over the use of force, don’t convert the traditional police power into a police state, with all the shuddering connotations that this term carries with it. And so it is back to the old story about the importance of institutions. Running the police is in part a big business, where we have to ask and understand how police are recruited, trained, equipped, deployed, supervised, promoted, punished, and paid. The basic deal is that we give the police extra powers, but we expect them to meet higher standards, which justifies their right to use of deadly force. And when they fall short, the sanctions on them are often the heaviest because they cannot plead the excuses available to ordinary people who have neither the training nor the temperament to engage successfully in the use of force.

All of this then gets us to Ferguson, where Gillespie joins the swollen ranks of those who believe that the police have presumptively misbehaved in killing an unarmed black man, and thus must prove their innocence, much as George Zimmerman was able to do, to the surprise of many, in the Trayvon Martin case. But in these cases, condemnation can run ahead of the evidence. I often like to say that I am a professor of law and not a professor of facts, and thus have no particular insight as to the course of events in fatal confrontations of which I have at most third-hand knowledge. But I do know something about how treacherous individual cases can become contentious whenever the issue of self-defense comes into play. These cases resist any orderly characterization, which makes it imperative not to jump to judgment before the information comes out.

It is not that the problem is not serious. One report indicates that there were 18 unarmed black men shot in the first three months of 2012. More recently, there was the homicide of Eric Garner by a chokehold, where the visual evidence makes it all too clear that the police wildly overacted in subduing the now dead man. It is no wonder that there have been recent peaceful public protests in Staten Island about the incident. Then there was the 2012 killing of the unarmed black man Trayvon Martin, where the acquittal by a Florida jury was, it seems, supported by all the available evidence. The word “unarmed,” as in the sentence, “the police shot an unarmed teenager” is often given too much weight in making snap judgments about right and wrong in these confrontations. A strong-arm robbery, such as that which happened minutes before Michael Brown was killed, is a crime of violence, which is, by definition, done by an unarmed man.

In the case of Ferguson, the hard question is what does that evidence say. The accounts vary all over the map. On one version reported on the Huffington Post, Brown was “compliant” when approached by police office Darren Wilson. Another version, reported on Fox, told a very different story: that Wilson had been jammed back into his car by Brown, and subjected to serious injuries, including a damaged eye socket, that led up to the shooting when, by this version, Brown had started to go after the police officer. Whether the Huffington Post or Fox is correct is something that requires the evidence, which at this point has not been made fully public. Yet all of the general statements about the sorry state of race relations in places like Ferguson are no substitute for an accurate account of what happened.

The role of institutions again surges to the fore here. There is no question that Gillespie (and everyone else) is right to condemn the Ferguson police and Missouri state officials for acting poorly insofar as they kept the release of evidence to the public to a trickle. Full and prompt disclosure has to be the norm in cases of killings by police officers, in order tamp down on local distrust that could easily lead to violence. In Ferguson, moreover, the disputed question of whether a police officer has suffered serious injuries is something that can be answered easily enough by photographs or a direct viewing of the officer. Yet nothing of that sort was done. By the same token, the interventions of Attorney General Eric Holder in the situation only compound the difficulty, because his job is not to seek evidence of a civil rights violation, but to ask whether Wilson had committed any civil rights violation in the first place, which you cannot do effectively if you align yourself publicly with Brown’s parents. It is a sorry state of affairs if every potential investigator of the situation is perceived by some constituency to have axe to grind. There is no faster way for public confidence to go south.

The situation does not get any easier when we seek to draw broad implications from this tragic incident. Crime rates over the past generation are sharply down for both white and black people. It is of course an open question as to why this has happened. In dealing with this issue, Gillespie attacks repeatedly criticizes the “militarization” of the police for the obvious risk that it could give them the reason to attack as if they were soldiers. But the declining numbers of fatalities don’t support that conclusion, and the use of military gear in some cases at least could protect the police from serious bodily injuries. Do shields and tasers save lives, or do they serve only to inspire public resentment?

These are fair questions. But Gillespie goes a bit over the line when he notes, quoting both Reason and Cato, that “The buzz phrase in policing today is officer safety.” At the very least that ought to be a serious consideration. Indeed, even at the height of racial unrest in the late 1960s a liberal Supreme Court in Terry v. Ohio, approved, after anguished reflection, a stop and frisk regime when police had reasonable suspicion of the potential commission of a crime. That decision was not idle. Police officer deaths in the line of duty, year to date for 2014, were 67 of which 27 were by gunfire. For the full year of 2013, the numbers were 105 total deaths, with 30 by gunfire. It would be odd to say that police officer deaths (which are more common than deaths to citizens from police officers)* should not count especially since it is very difficult to envision circumstances where killing a police officer counts as a form of justifiable homicide, and easy enough to imagine cases where killings by police officers are justified.

As in the case of mass killings, we have to be very careful before we draw general conclusions from particular cases. The killing of Eric Garner raises lots of serious questions, but it doesn’t seem that one of them should be whether New York City should keep to its “broken windows” policy, which worries about quality of life issues in an effort to create a social climate in which lax policing is taken as a sign of public indifference to serious offenses. The clear point here is that broken windows or no broken windows, the use of excessive force by police is always inexcusable, so that the proper policy is to tamp down on those forms of abuses without redoing general policies of community relationships which, while always subject to revision, should not be regarded as a weak link in the system.

These arguments speak, moreover, to the overreach of modern libertarian thought, which in the end does not have any distinctive take on these critical issues of public administration. No one should condone excessive police force, private crime, or violent public protests. The hard question is figuring out the ways in which to tamp down on these issues. That is ultimately the challenge of any responsible system of public administration. Oddly enough, that task need not raise profound questions of what counts as right and wrong conduct. The inconsistent accounts of the Brown killing all play off a common moral substrate. Killing an unarmed civilian in cold blood is a crime. Killing in self-defense is not. The task of public administration is to find out which happened, and to do it quickly and in a way that can command public confidence and respect. No easy job, it seems.