The Meager Prospects Of Progress On The Palestinian Issue

Three weeks before the Israeli parliamentary elections of September 17 the prospects of progress, or of ending the current stalemate in Israeli Palestinian relations, are dim. mIsrael is but one of the protagonists in this conflict, but the outcome of the September vote will have a crucial effect on the Palestinian issue: it will determine whether the Right will remain in power in Israel and will affect the Trump Administration's pursuit of "the deal of the century", the term used for its quest to resolve the Israeli- Palestinian Conflict. 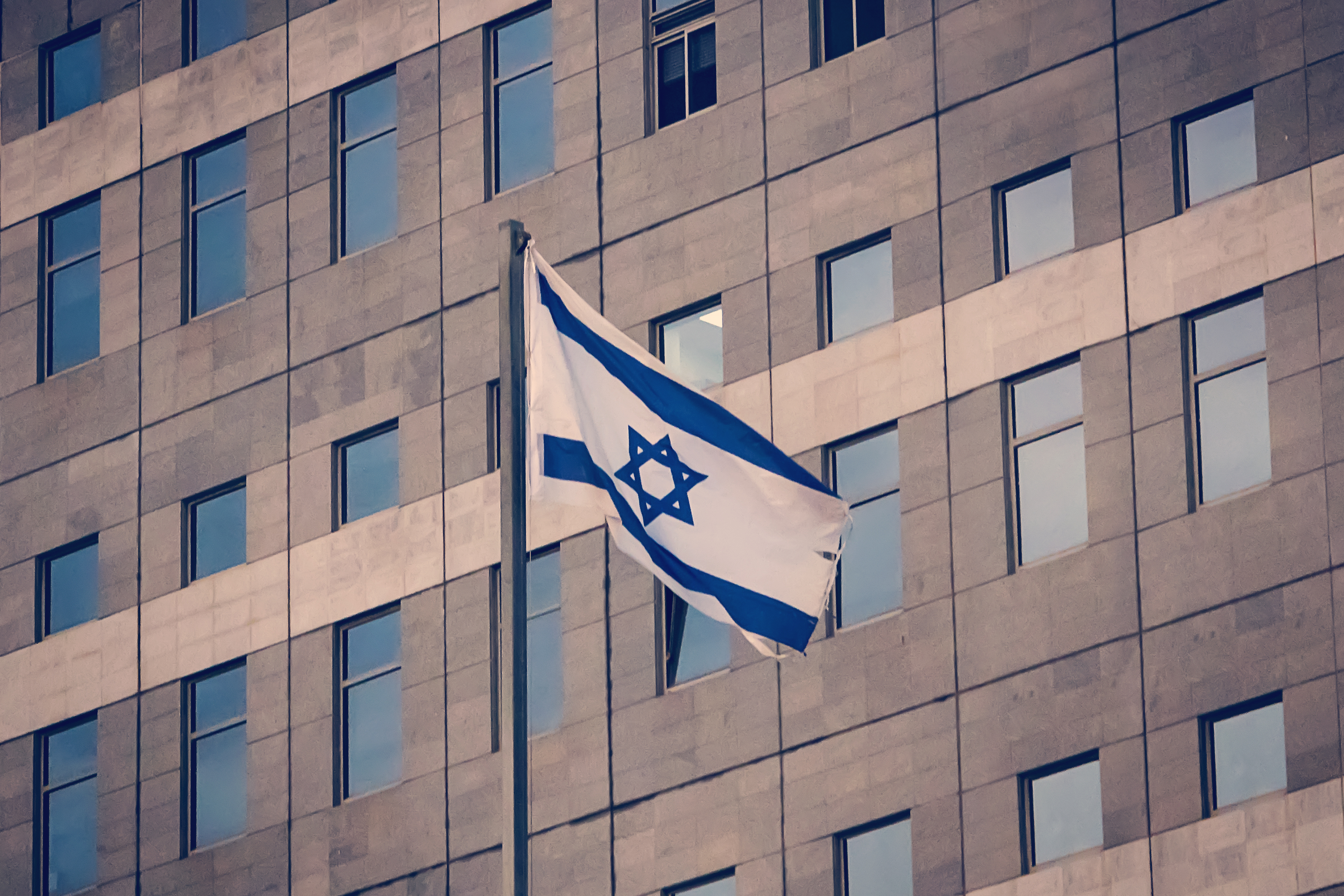 The Meager Prospects Of Progress On The Palestinian Issue 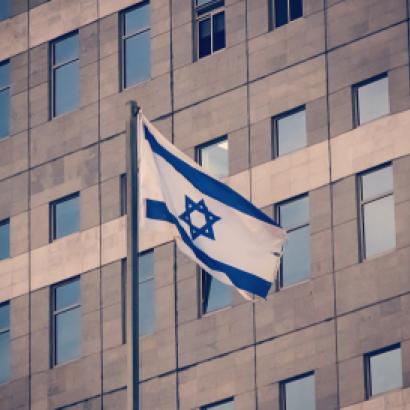 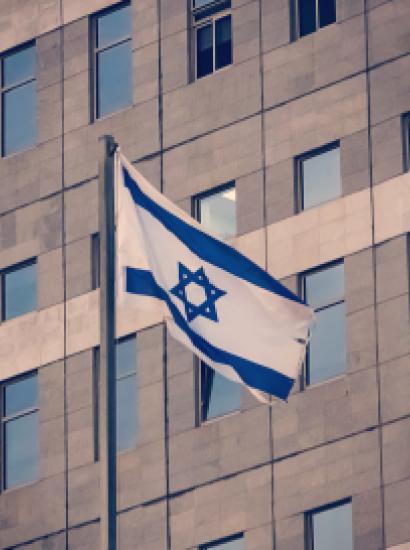 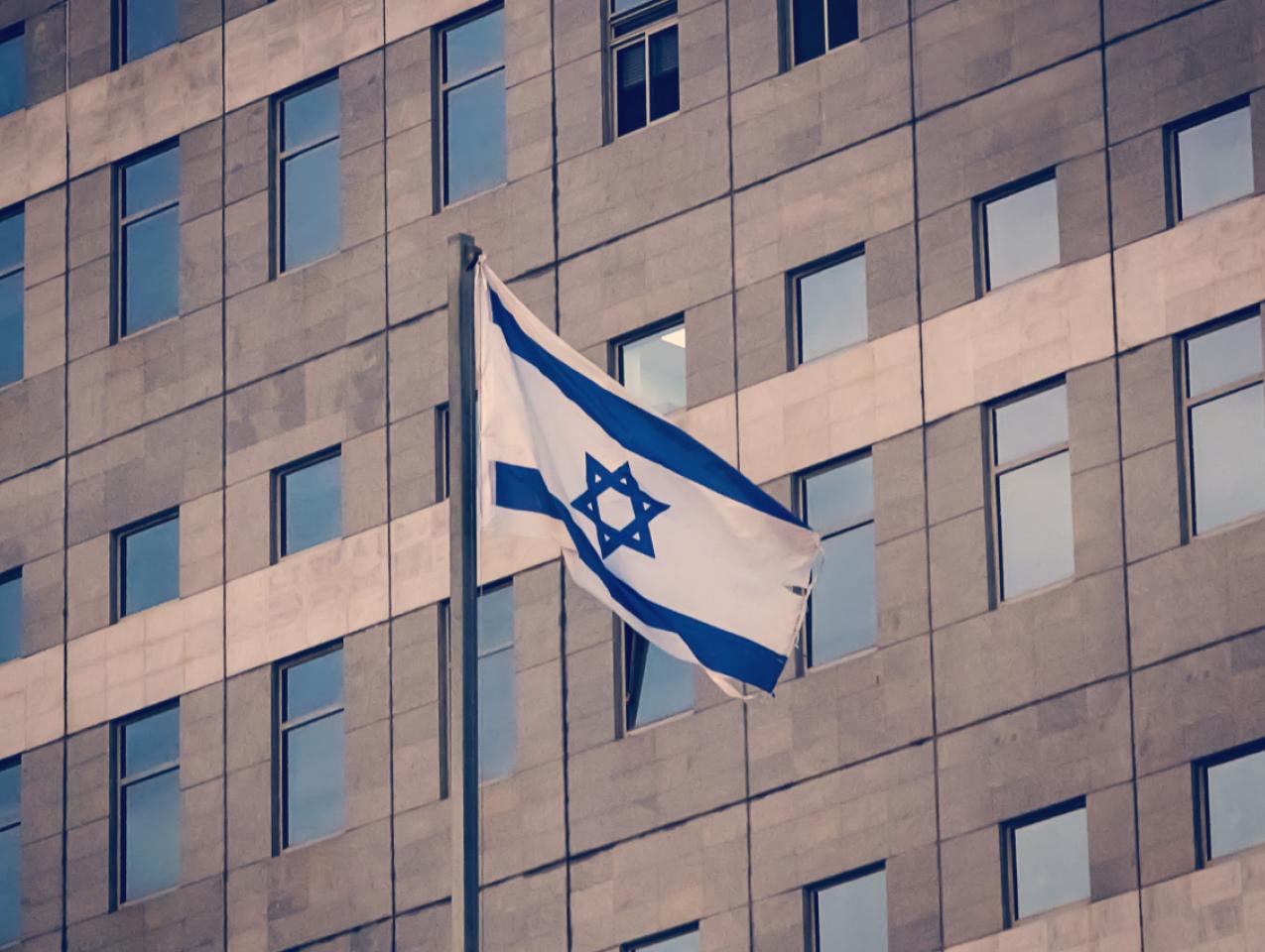 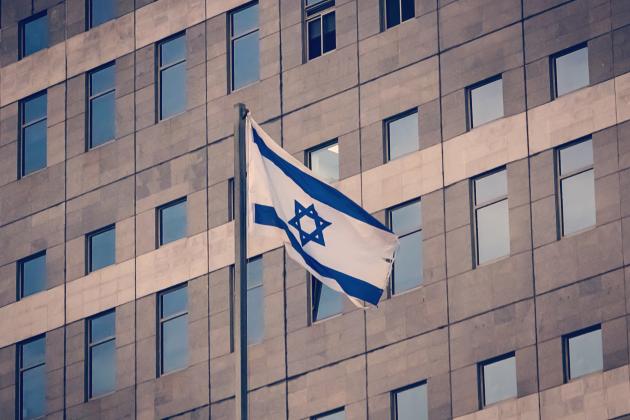 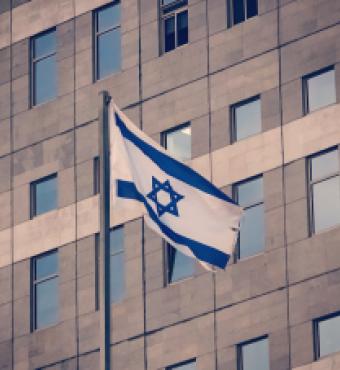 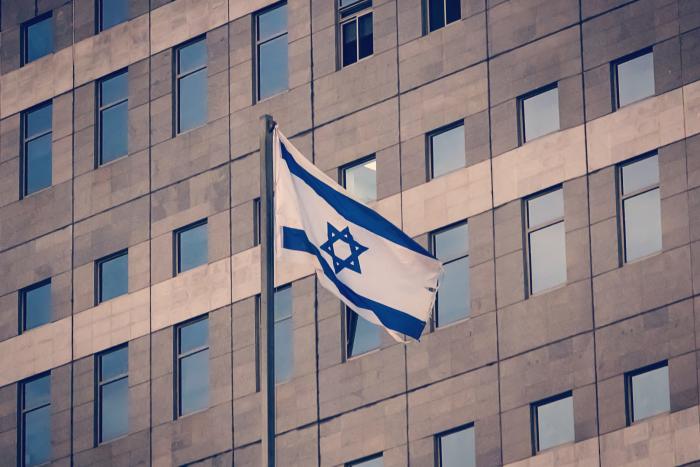 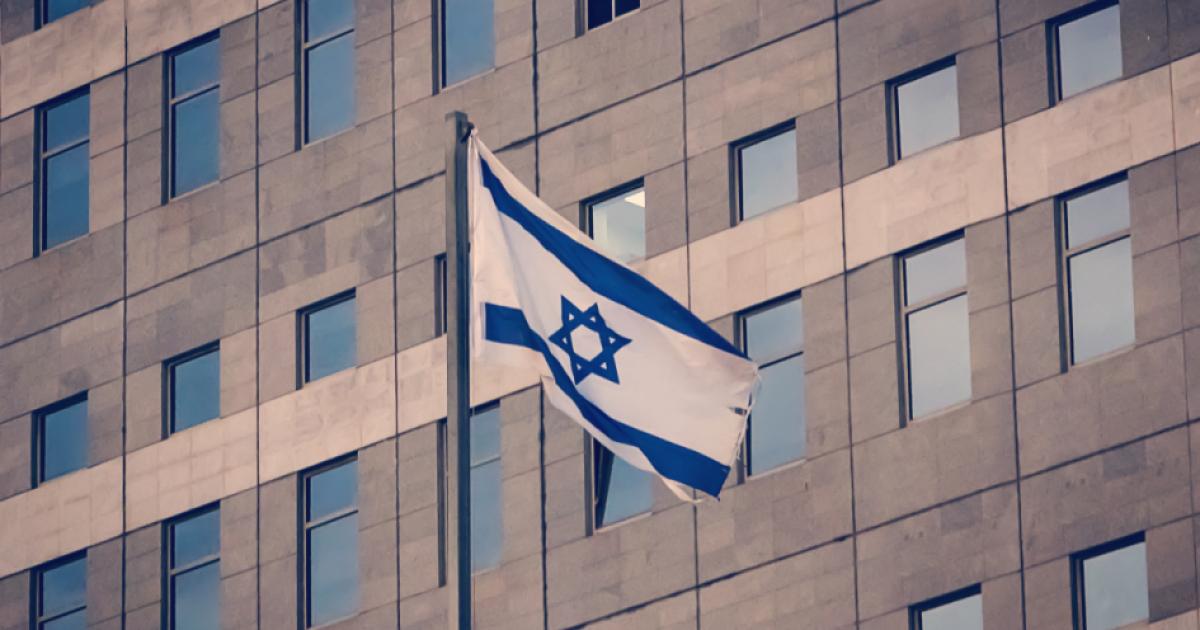 Three weeks before the Israeli parliamentary elections of September 17 the prospects of progress, or of ending the current stalemate in Israeli Palestinian relations, are dim.

Israel is but one of the protagonists in this conflict, but the outcome of the September vote will have a crucial effect on the Palestinian issue: it will determine whether the Right will remain in power in Israel and will affect the Trump Administration's pursuit of "the deal of the century", the term used for its quest to resolve the Israeli- Palestinian Conflict.

Let us begin by reviewing and analyzing the policies of the five principal actors in the ongoing effort to settle one of the longest and most complex conflicts on the international scene: Israel, the Palestinian Authority, Hamas, the United States and the Arab states. Israel has been governed since 2009 by Right wing coalition governments headed by Benjamin Netanyahu and his Likud Party. Netanyahu replaced Prime Minister Ehud Olmert, who on the eve of his resignation presented Abu Mazen, president of The Palestinian Authority with a far reaching offer to resolve the conflict. Early in his tenure Netanyahu endorsed the idea of "a two state solution"( The Bar Ilan Speech, June 2009) as part of his give and take with the Obama Administration, but with the passage of time he and his party drifted to the right and away from the idea of a "two state solution". Since the 1967 Six Days War the Palestinian issue has been the dominant issue in Israeli politics and the decisive issue in defining the differences between Left and Right. Netanyahu himself has not closed the door on the notion of a Palestinian state next to Israel, but a large part of his own party and even more so his Right wing coalition partners oppose that notion and some of them are openly calling for an annexation of parts of the West Bank.

The Center and Left in Israeli politics support the "two state solution" and in any event would like to end a policy that, in their view, amounts to a drifting annexation and to an eventual "one state solution". According to that view, lingering Israeli control of the West Bank and further construction of settlements will force Israel to choose between democracy and Jewish statehood and will create the reality of one state.

Ironically, the September election is not focused on this issue, but on the person of PM Netanyahu. Netanyahu is under investigation and likely to be indicted in three cases of corruption. He is fighting not just for power, but for his freedom. His party and his right wing partners support him since they view him as the best guarantee for keeping them in power. The Center and Left, on the other hand, argue that he has been in power for too long, that he will do anything to obstruct justice and that his removal from power will put an end to the Right wing's ascendancy in Israeli politics. The Center does not campaign for a "two state solution" or a different policy on the Palestinian issue, but such policies are implicit in its campaign.

Curiously, Netanyahu did consider "a break to the center" and the pursuit, together with the Trump Administration of at least a limited deal with the Palestinians prior to the September elections. This would have depicted him as a centrist statesman and would have appealed to a significant segment of Israeli opinion. But after a short exploration the idea was abandoned.

Furthermore, as a leader in his eighties challenged by a radical opposition and unable to deliver real progress to his people, his value as a partner is uncertain. Hamas is the Palestinian branch of the Muslim Brotherhood and in control of the Gaza Strip. As a radical Islamist movement, Hamas is not a conceivable partner for a two state solution since it cannot accept non-Muslim sovereignty in part of Palestine. But its doctrine allows Hamas to accept a long term armistice with the enemy (hudna in Arabic) and it can certainly make pragmatic arrangements with Israel. Currently, with Egyptian and Qatari mediation and Qatari funding, Israel and Hamas found a modus vivendi that enables them to avoid yet another major clash or mini war.

Abu Mazen and the PA are critical of President Trump and his administration’s policy and severed contact with his emissaries. This policy is tenable in the current impasse, but should a change occur in the aftermath of the Israeli elections, Abu Mazen could come under pressure to join the process. The current lull along the Gaza Strip is fragile and could easily collapse. Furthermore, through its relationship with Hamas and the more radical Islamic Jihad, Iran can at any point try to reignite conflict on that front.

The Trump Administration is very supportive of Israel and more specifically of Netanyahu, his government and policies. It recognized Jerusalem as Israel's capital and announced its decision to move the US embassy from Tel Aviv to Jerusalem. Trump's ambassador to Israel, David Friedman, one of his lawyers, is an Orthodox Jew and a supporter of the settlers and the settlement project. And yet Trump has also announced that he would like to resolve the Israeli-Palestinian conflict ,"the deal of the century" as he calls it. A team composed of his son in law, Jared Kushner, Jason Greenblatt (a former Trump lawyer) and Ambassador Friedman is in charge of preparing a grand plan for resolving the conflict. The plan has been kept secret, but some details have leaked. It certainly has an economic dimension : the allocation of massive capital to help the Palestinian economy and those of Egypt and Jordan. It has yet to be seen how Trump and his team hope to reconcile their support for Netanyahu and his policies with a plan that would be acceptable to the Palestinians and to the Arab world.

The Palestinians and others in the Arab world are strongly critical of Trump and argue that his actions have made him unsuitable to mediate between Israel and the Palestinians. Trump's spokesmen argue that having made several gestures toward Israel they will subsequently also demand Israeli concessions. They also argue that given the failure of all earlier efforts to resolve the problem, it is time to adopt an entirely different approach.

Curiously Netanyahu treats Trump with caution. He is concerned that when Trump decides to make "the deal of the century" a real priority, he could demand major concessions from Israel in order to make the plan acceptable to the Arabs. Netanyahu is familiar with Trump's temperament and realizes that his friendship could easily be replaced by a temper tantrum.

In any event, the Trump team realizes that it has to wait for the outcome of the September elections. It also knows that this (second) round could end (like the previous one) in a domestic stalemate, that coalition forming could take a long time and that Netanyahu's own fate is uncertain.

There have been important changes in the Arab world's attitude towards Israel and the Palestinian issue. This is particularly evident in the Gulf, where several states came to the conclusion that Israel is a potential ally against the threats posed by Iran and Jihadi Islam. These changes in governmental attitudes are mitigated by popular opinion that is still supportive of the Palestinian case. Countries like Saudi Arabia and he United Arab Emirates are supportive of the Trump initiative, but are critical of what they say is the pro-Israeli slant of his plan and their support is lukewarm. Egypt and Jordan where public opinion is far more pro-Palestinian are even more cautious. Their policies will have to be shaped when an actual plan is laid on the table. The policies pursued by Israel will have a major effect on the Arab states' response. The Israeli Right toys with the idea of "a regional approach" to the Palestinian issue, namely a deal with the Arab states that would then pressure the Palestinians to accept it. This is an illusion; without real progress between Israel and the Palestinian Arab governments they will not move beyond the current policy of collaborating with Israel under the table.

To sum up, an Israeli government will have to be formed before the picture is clarified. A government willing and able to move forward with the Palestinians (as distinct from seeking a final state solution) could open the way for putting a US plan on the table as the first step in a lengthy and complex process whose prospects are at best uncertain.