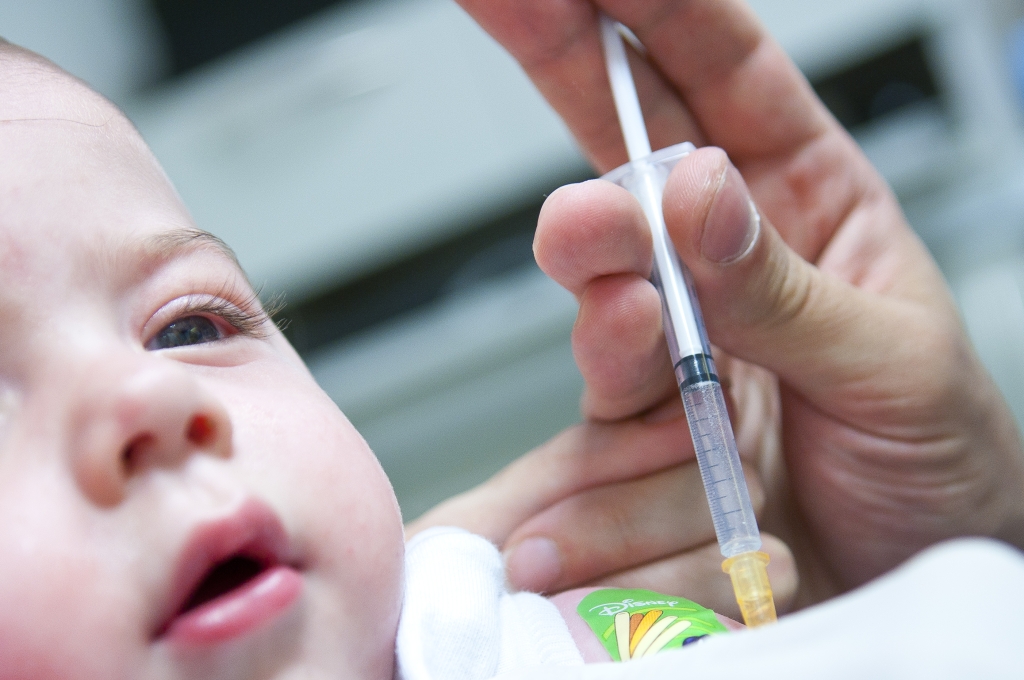 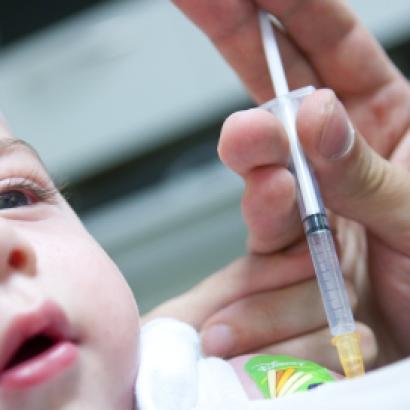 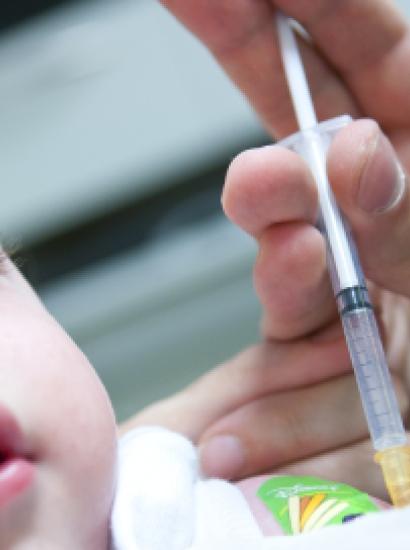 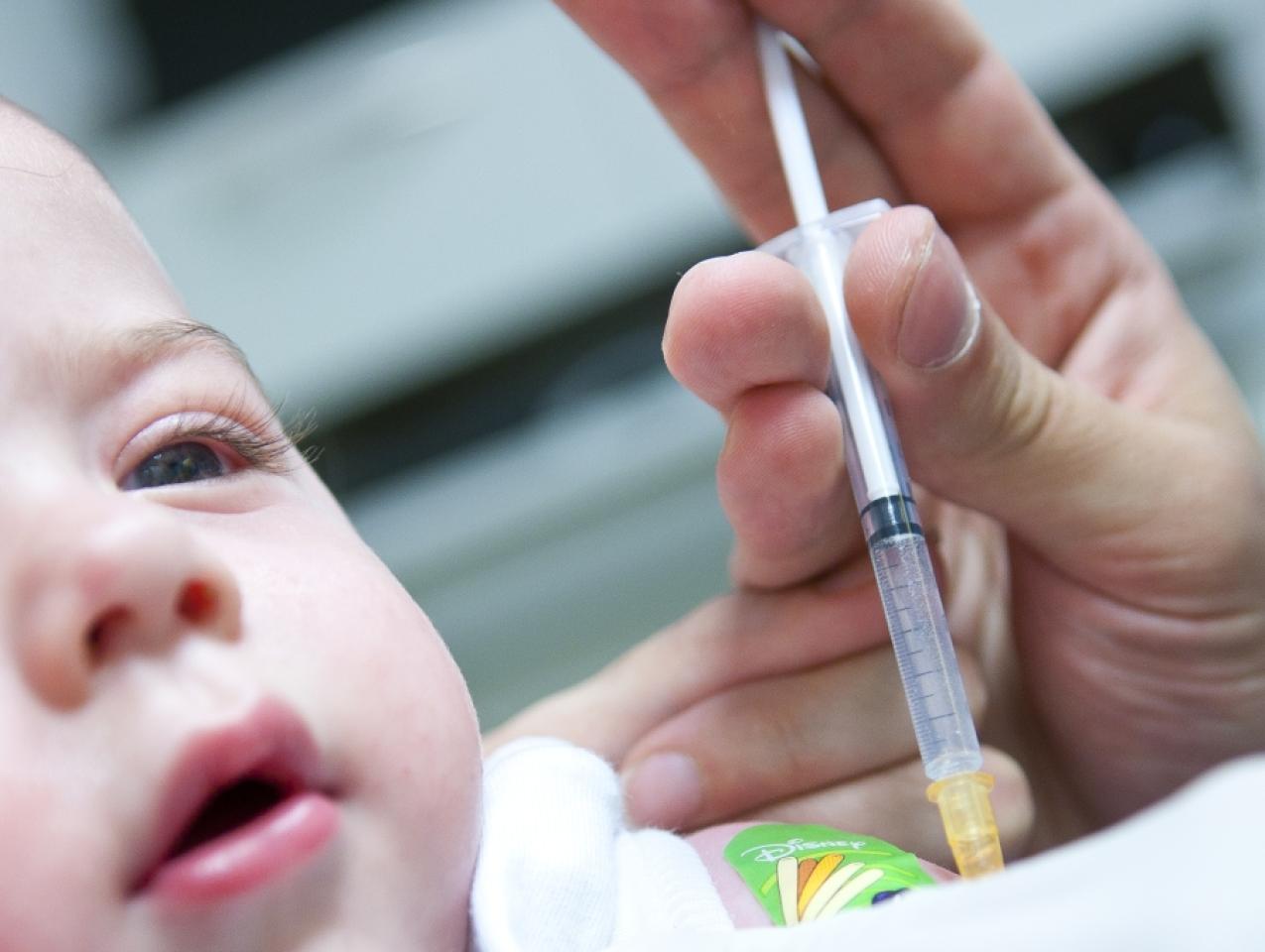 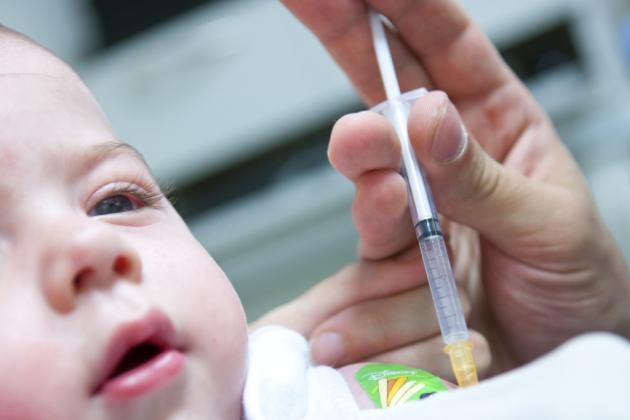 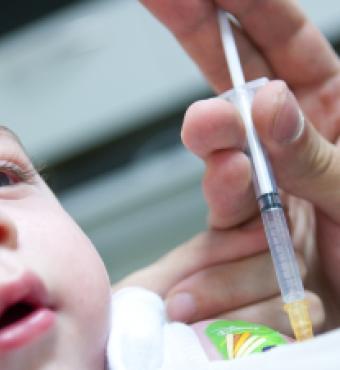 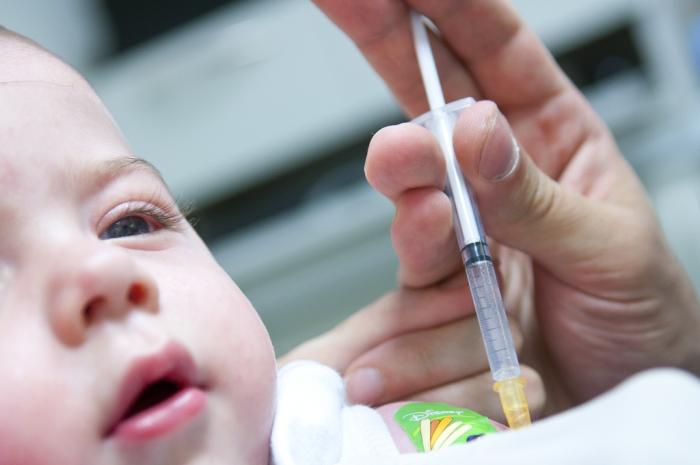 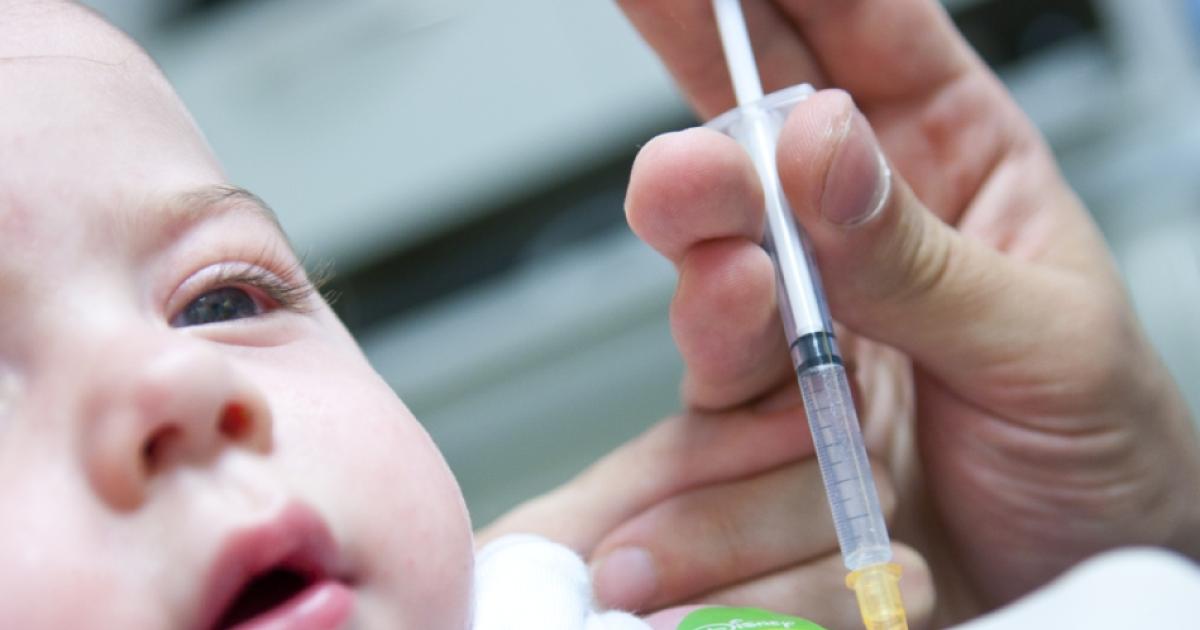 One of the great achievements of the last century was the effective elimination of many deadly communicable diseases by the widespread deployment of vaccines. I can still remember the fear that struck the hearts of every family in the early 1950s at the onset of another summer watch against polio, a disease whose spread has since been all but eliminated globally by the innovations of first the Salk (dead virus) and then the Sabin (live virus) vaccines.

A similar triumph occurred with the development of reliable vaccines for measles, a childhood disease that poses a serious threat to the health and life of those who become infected. Before the measles vaccine in 1963, the death rate from measles was close to twice that from polio. Fortunately, the new vaccine turned the situation around. In 1963 and 1964, there were over 800,000 cases of measles in the United States. By 1982, vaccination had largely eliminated the disease. Measles made a modest comeback around 1990, and then fell quiescent—until the recent outbreak of measles cases at Disneyland in California, which, as it spreads, puts the issue of vaccines back on the table.

The resurgence of measles is largely attributable to the confluence of two separate factors. On the one side there is a strong, if unacknowledged, effort on the part of some people to free ride off the vaccination of others. The self-interested calculations of many conscientious parents can run as follow: Of course, measles is a contagious disease, but it only spreads if there is a sufficiently large population of unvaccinated people in any given community. Taking any vaccine, including the measles vaccine, necessarily carries with it some risk of adverse outcomes. Vaccines could be impure or improperly administered, and even in the best of times, there is always a residual risk that the vaccine itself will transmit the very disease that it is supposed to prevent. So long as other individuals are vaccinated, the rational free rider decides that it pays not to vaccinate his or her own children. They receive the protection afforded by herd immunity, without subjecting their loved ones to the risks, however small, that vaccinations always present.

The second factor that reduces vaccination levels is the spread, sometimes deliberate, of misinformation that overstates vaccination risks. This sentiment is often fueled by powerful suspicions that drug companies are greedy and governments corrupt. This entire episode was fueled by fraudulent studies published by Dr. Andrew Wakefield in 1998 in Lancet magazine, which twelve years later the journal eventually retracted, but only after much of the damage was done. Those studies, which had been funded in part by plaintiffs’ lawyers suing vaccine manufacturers, purported to find a (nonexistent) link between vaccines that were manufactured using a mercury-based compound, Thimerosal, and autism. Unfortunately, Lancet’s forthright retraction of the article did not quell the uneasiness about vaccines in either Britain or the United States. Indeed, it may well have fueled populist concerns of an ever-wider conspiracy among establishment figures.

This combination of free-riding and misinformation may now be exacting a high toll, as the increased spread of measles puts a large population of unvaccinated persons at risk for the disease, no matter what their overall health. It is not surprising, therefore, that the anti-vaccine groups have now been put on the defensive in part by a recent lawsuit brought in California by Carl Krawitt on behalf of his six-year old son Rhett, who suffers from leukemia and therefore cannot safely take the vaccine.

Krawitt’s suit demands that his local school board require all students who can, but have not, been vaccinated to stay at home, so that Rhett can more safely attend the school. Legally, his suit is likely to founder on the shoals of modern administrative law, which vests a large and virtually unreviewable discretion in local health officials to decide whether this action is required. Yet by the same token, if the school board should deem the risk sufficient to call for those suspensions, it is equally unlikely that any parent who refuses to vaccinate their children for either religious or medical reasons could have any success in keeping them in school. Discretion is always a double-edged sword, so that the high level of official discretion that lets health officials allow unvaccinated students attend school also gives them authority to force those students to stay home.

The current struggles over sound vaccine policy raise a tension between public health on the one hand and competing versions of individual liberty on the other. This conflict was, if anything, more acute a century ago when infectious diseases cut a wide path for which vaccines and other treatments provided only a limited response. The main constitutional lens through which these issues were viewed at the time was one of police power. This all-pervasive notion has no explicit textual authorization in the Constitution. But a moment’s reflection makes it clear that the Constitution’s various provisions protecting individual liberty must at times give way to government control in response to health hazards.

From the earliest times, therefore, the police power has always been construed to allow public officials to take strong action against individuals who posed threats to the health of others by the spread of communicable diseases. In perhaps the most famous statement of this sort, Justice John Marshall Harlan, himself a champion of limited government, wrote in the 1905 case of Jacobson v. Massachusetts that while the Supreme Court had refrained from defining the limits of police power, it had “distinctly recognized the authority of a State to enact quarantine laws and ‘health laws of every description,’” and then proceeded to sustain a Cambridge Massachusetts compulsory vaccination statute against smallpox, a disease for which Edward Jenner had developed an effective vaccine as early as 1796.

The basic soundness of the constitutional recognition of a police power to deal with communicable diseases is beyond dispute. Even in a free state, quarantines are the only reliable remedy to protect the health of the public at large from the spread of disease. It is sheer fantasy to think that individuals made ill could bring private lawsuits for damages against the parties that infected them, or that persons exposed to imminent risk could obtain injunctive relief against the scores of persons who threaten to transmit disease. The transmission of disease involves hidden and complex interconnections between persons that could not be detected in litigation, even assuming that it could be brought in time, which it cannot. Public oversight should be able to achieve the desired end at a far lower cost.

In making his broad defense of the police power, Justice Harlan did not mean to eradicate the substantive protections otherwise afforded by the Constitution. Thus, only three years later in Adair v. United States, he struck down a mandatory collective bargaining statute on the ground that its interference with the contractual liberties of the employer and individual employees could not be justified on grounds of either health or safety.

That said, the categorical defense of compulsory vaccination statutes raises serious questions of its own. In Jacobson, the plaintiff had objected to taking the vaccine on the ground that his own prior medical history exposed him to serious risks, including death, if he was given the vaccination. It would be a mistake to assume that Jacobson resolved this case in favor of the state’s power to force vulnerable individuals to expose themselves to deadly risk, because the legal sanction under the Cambridge law was not vaccination itself, but only a five dollar fine for Jacobson’s refusal to be vaccinated—a trivial expense, which if sustained might reduce the number of individuals who will claim spurious health exemptions from general vaccination requirements. But it is all too easy to imagine the next hard case in which the state does order compulsory vaccination—i.e. orders some public health official to vaccinate individuals against their will—once it is determined that they face no special risk of an adverse reaction.

The key question, therefore, is just how far compulsory vaccination statutes should go. At one level, I have little doubt today that claims for individual liberty, even those raised on religious grounds, would be sustained by courts if vulnerable individuals like Rhett Krawitt were required to submit to these vaccines. But the situation becomes more complex when the question is whether unvaccinated individuals can be excluded from public schools.

The recent public discussions on this issue have assumed that health boards have the power to decide. Indeed they do thanks to the unanimous 1922 Supreme Court decision in Zucht v. King. I think that this decision is eminently defensible. To be sure, public bodies cannot just act on a whim, but in this instance, the decision of school authorities to send unvaccinated or sick pupils home is one taken routinely by private schools. Governments, acting in their own management capacity, deserve the same degree of deference from the courts.

Today, in some cases, the stakes are now far higher and it appears that some parents, like Crystal McDonald of Palm Desert, are unwilling to buckle and pull their students out of school. Right now there is little movement to extend the state police power further, so as to allow the state to keep unvaccinated persons out of other public places.

Yet agonizing choices will arise if the number of serious measles cases continues to rise inexorably. Ironically, it may well be that children like Krawitt will, through no fault of their own, be caught up in this regulatory web, as he too poses a risk to other people when allowed to go into public places. Yet notwithstanding his lawsuit, the current law probably would allow the school district to keep him out of school along with other unvaccinated individuals, given that his presence in school (or other public places) necessarily poses a health risk to other students.

It is very difficult to draw any happy conclusions from this difficult impasse. The blunt truth is that even libertarians and other defenders of small government should support the basic constitutional framework that gives public officials extensive powers to control against infection and disease by devices such as quarantine and vaccination. Apart from the forced vaccination of compromised individuals, it is difficult to carve out some enduring constitutional island of individual rights from the general principle of state control.

The weak constitutional system does not mean that nothing else should be done. Rather, it suggests that relief in this matter rests on two uncertain supports. The first is the awareness of most parents that vaccinations for their children are justified even on the narrowest grounds of individual self-interest. The bloated parental fears of adverse reactions to standard vaccines have to be effectively countered by concerted campaigns from both public and private sources. The simple truth is that in most cases, vaccinations make overwhelming sense as a way for parents to protect their children’s health.

Second, a constant pressure has to be placed on health and school officials to be sensitive to the difficult trade-offs involved in all these decisions. Thus far, the bad news is that private decisions have led people to let down their guard against communicable diseases on the naïve assumption that the diseases won’t spread. The good news, so far, is that the public response has been sensible. Let's hope, going forward, it stays that way.