Writing in his famous book, What Went Wrong, the Middle East’s eminent historian, Bernard Lewis remarked that “according to Islamic law and tradition, there were three groups of people who did not benefit from the general Muslim principle of legal and religious equality – unbelievers, slaves, and women …. the rise of Western power and the spread of Western influence brought important changes to all three groups.” But while the drive for the emancipation of the three groups elicited fierce opposition, the reason was hardly the same. 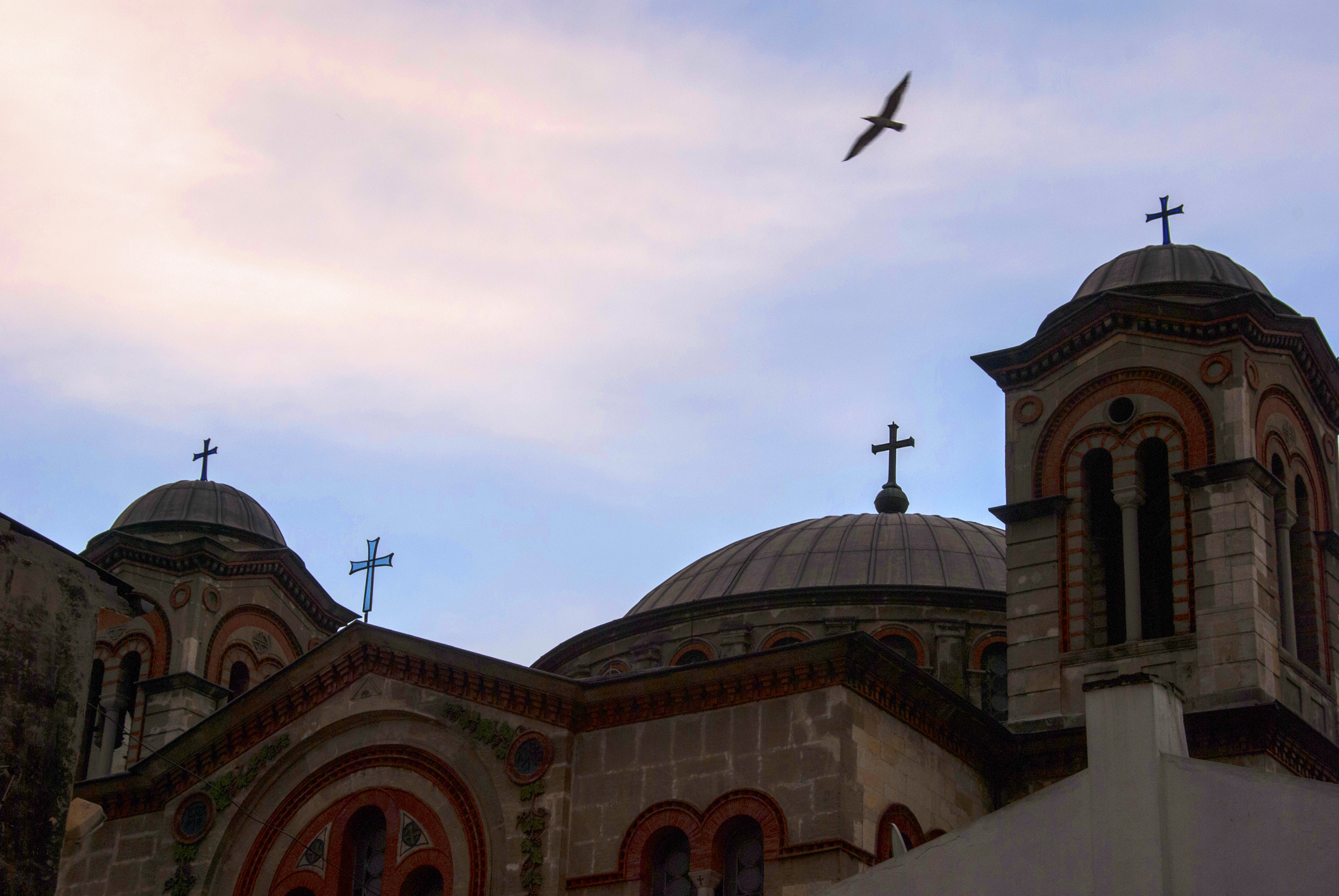 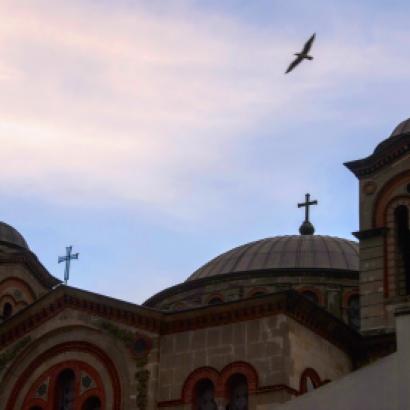 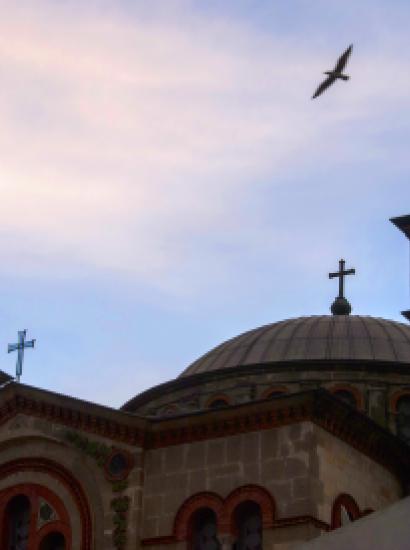 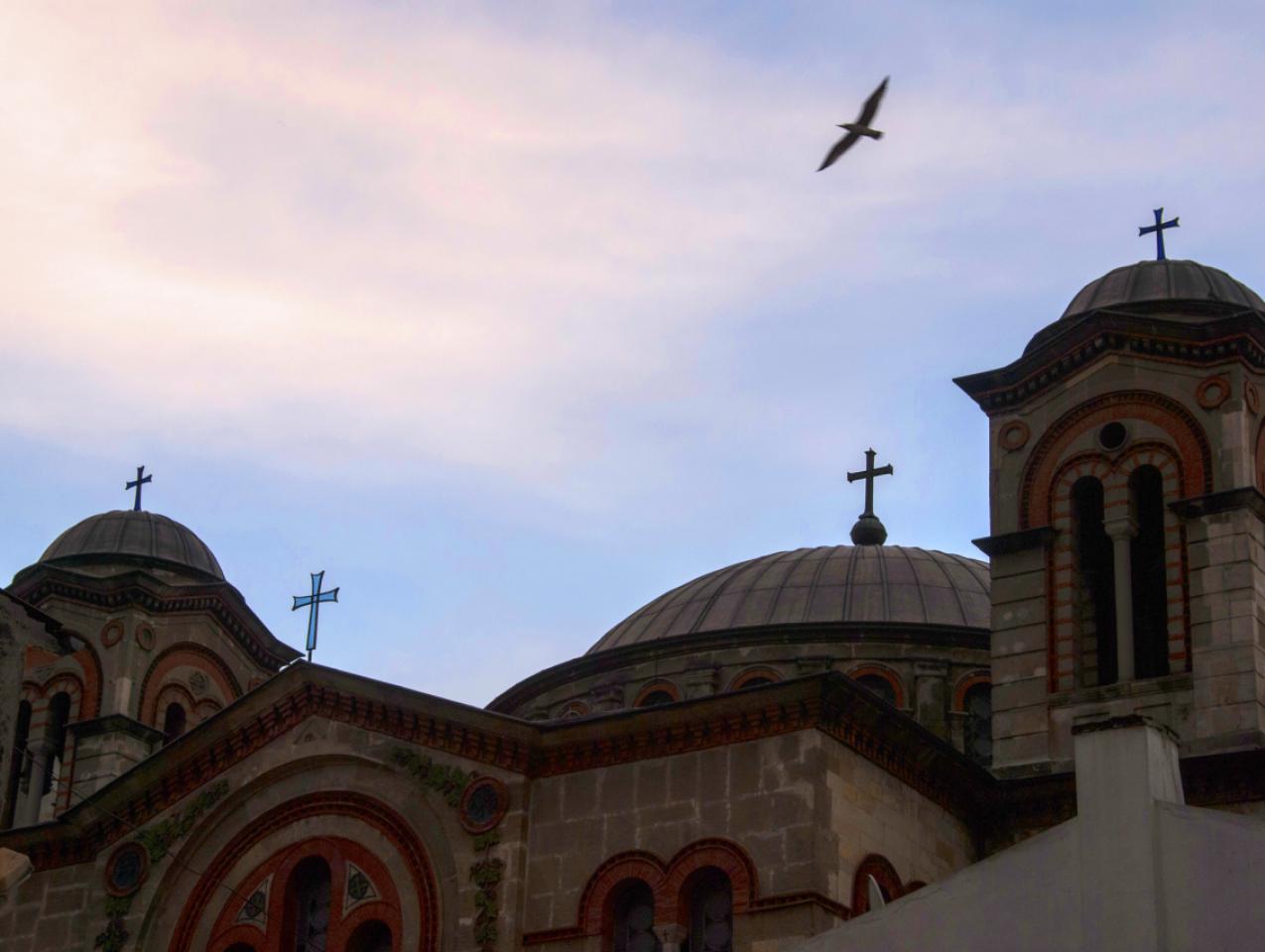 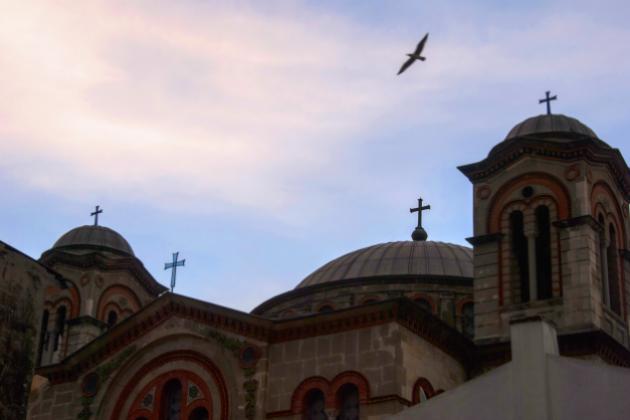 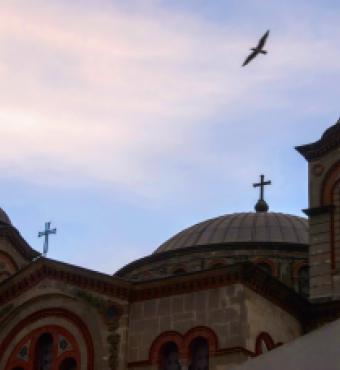 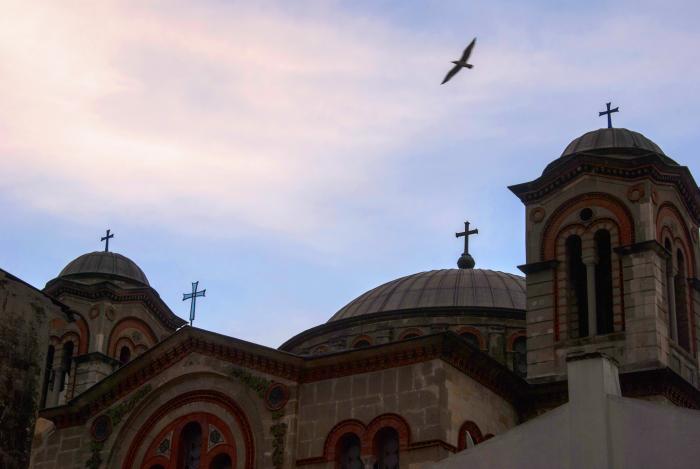 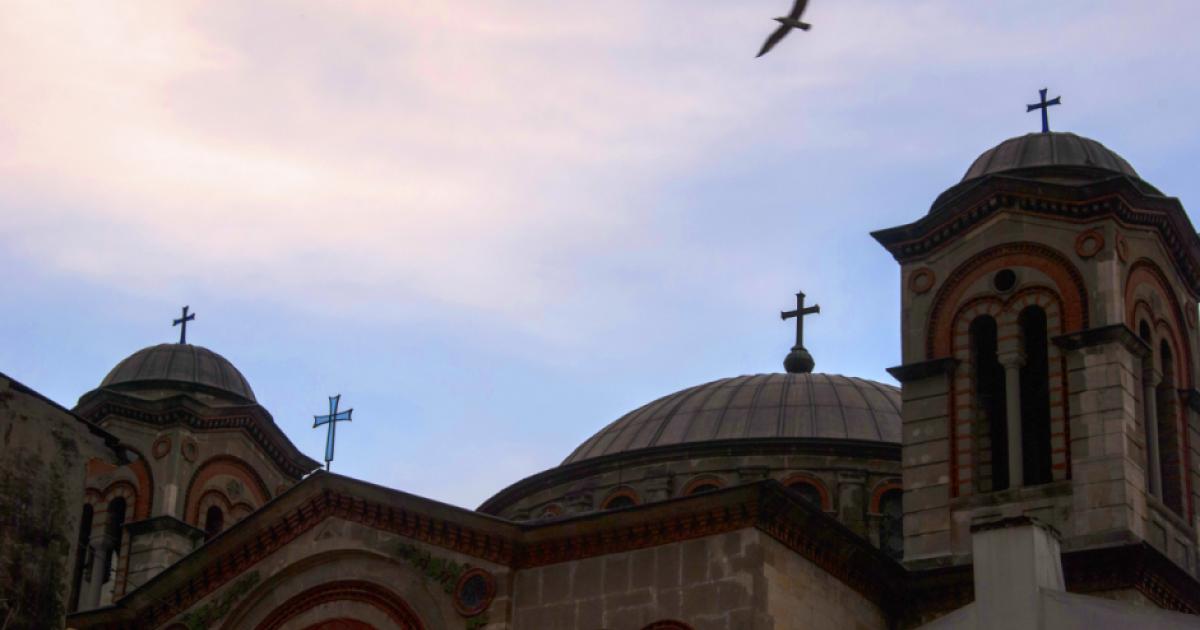 Writing in his famous book, What Went Wrong, the Middle East’s eminent historian, Bernard Lewis remarked that “according to Islamic law and tradition, there were three groups of people who did not benefit from the general Muslim principle of legal and religious equality – unbelievers, slaves, and women …. the rise of Western power and the spread of Western influence brought important changes to all three groups.” But while the drive for the emancipation of the three groups elicited fierce opposition, the reason was hardly the same. “The position of the non-Muslim, on the other hand, was a public rather than a personal matter, and was differently perceived. The purpose of the restriction was not, as with the slave and the woman, to preserve the sanctity of the Muslim home, but to maintain the supremacy of Islam in the polity and society that Muslims had created.”

In the colossal body that is world Christianity, Middle Eastern Christians are but a minute detail. Not only are their numbers small, but most of them belong to smaller Christian denominations: Oriental and Orthodox Christianity, creating a wall of separation between them and their co-religionists. While the contribution of Middle Eastern Christians to Christianity, from St. Anthony the founder of monasticism to St. Athanasius the defender of the faith, is an acknowledged fact among theologians, few today realize that at the time of the Muslim invasions of the seventh century, “about fifty percent of the world’s Christians lived and worshiped under Muslim rule” as Sidney Griffith showcased in his masterful study: The Church in the Shadow of the Mosque.

For centuries, those indigenous Christian communities, from Egypt’s Copts, Lebanon’s Maronites, Iraq’s Chaldeans and Assyrians, to the scattered Armenian and Greek Orthodox communities, along with the region’s Jews, lived as Dhimmis; tolerated second class citizens. The Jizya, a special tax for non-Muslims, may have been the most famous of their special status, but their inequality went beyond a tax burden. At every aspect of life, non-Muslims were reminded of their inferiority. From the special colored clothes they were forced to wear, the restrictions on building houses of worship, on carrying arms, on riding horses, on high level positions, to the fact that their testimony in court was legally only half of that of a Muslim, the non-Muslim was continuously reminded of his inferiority and subjugation.

And then the European arrived. It is no overstatement to point out that the European arrival in the Middle East, both in the form of the missionary and the soldier, transformed the region. From the shock of the discovery of Western technological, material, and military superiority, the changes that discovery and attempt at modernizing at the hands of local rulers and foreign occupiers entailed, the ideas which were imported from Europe from nationalism, secularism and socialism, to the impact of European missionaries on local Christian communities, the encounter with the West and the crisis of modernity it unleashed has shaped the Middle East since.

It was within that crisis that Middle Eastern Christians found themselves. Unequal subjects, but ones with special statuses as the Ottoman Milli system organized them, the Middle Eastern man at first and later the female, found themselves at the advent of a new age; one with promise as well as danger. Some European countries took interest in them; most notably France and Russia, each claiming to defend the Catholic and Orthodox subjects of the Ottoman Empire. The British were less interested. Lord Croner, the effective ruler and creator of modern Egypt despised Copts. “The modern Copt has become from head to foot, in manners, language, and spirit, a Muslim, however unwilling he may be to recognize the fact,” he wrote in his magnum opus Modern Egypt.

The reactions varied. For some, the possibilities meant dreams of equality within an Ottoman system, a dream and call that gathered steam with the Ottoman reforms of 1839 and 1854. For others, the new possibilities meant dreams of national aspirations in semi-autonomous regions or independent states in Mount Lebanon for the Maronites or in modern Turkey for the Armenians. Some sought liberation in the form of a common Arab identity, above religious differences uniting both Christians and Muslims and separating them from the Ottoman yoke. For others, the promise of liberation was tied to Western patronage and protection. All would be heavily disappointed.

The nineteenth century was cruel to Middle Eastern Christians. The massacres of the Levant led to a wave of immigration to the West; Lebanese descendants in the United States and across Latin America tell the story, but it was possible for those remaining to dream. The French pressured for a protected region in Mount Lebanon and an eventual Christian state seemed preordained. The twentieth century was less generous. The Armenians learned the lesson the hard way and others were not far behind. After being employed by the British as auxiliary forces in Iraq, the Assyrians were abandoned. As Elie Kedourie wrote in the Chatham House Version, a British administrative inspector put it bluntly, “either the Assyrians should admit that they are Iraqi subjects … or they should be prepared to leave the country.”

Things would only get worse with national independence. The call may have been for national independence for the region’s countries from European colonialism, but the reality was nationalization only entailed Arabization and Islamization. It is no coincidence that even a secular ruler like Gamal Abdel Nasser’s land reform project while taking the land possessions of both rich Christians and Muslim landowners only distributed that land to Muslim peasants. At least Egypt thought of itself as a natural state, confident in its identity. Not so in Mesopotamia where the Syriac, Assyrian and Chaldean identities and languages were suppressed by the post-colonial state. The Maronites fancied themselves different, but Lebanon as an imagined Christian state was imaginary at best, ridiculous at worst, once the country’s borders were extended to make it a viable state.

The results have been abysmal all around. Figures are hard to determine, but the region from Egypt to Turkey was estimated to be twenty percent Christian by the beginning of the twentieth century. Today? Around three and a half percent. Very few today would argue that Middle East Christianity is not facing an existential crisis. What the post-colonial state did not do, the Islamists delivered. The savagery of the Islamic State left no room for Christian existence, but the slow process of persecution in Egypt, while less brutal, has achieved the desired result. Dhimmitude in its legal framework may be a memory of the past, except for the Islamic State’s terrain, but Dhimmitude as a social framework had never been dismantled. When a mosque preacher in a village in southern Egypt insists no church should be allowed in the land because it is the land of Islam, when the mob attacking Christians insists that their place of worship should have no bell, dome, tower, or cross, they are only enforcing a long historical record.

What options do Christians in the Middle East have? Some have placed their hopes in a Russian savior. Vladimir Putin may fancy himself a Russian Tsar, but at best he is Nicholas II, the head of a crumbling state. Others place their hopes in dictators. The Syrian butcher presents himself as the protector of Christians, but the Baath’s ideology was built on the suppression of local identities and many a Christian politician and thinker in Lebanon discovered what Syrian protection meant as bombs ripped their bodies. Some in Lebanon, chief among whom is the country’s president, dream of a coalition of minorities against the Sunni threat. Iran and its local Shiite allies presents itself as a partner, but the Iranian project is one of theocracy and domination. Some, in northern Iraq, pray for an autonomous region, but who will protect that region when the Islamic State or its future alteration comes back knocking on their doors?

Some may still dream of Western support, but the odds are minimal. At the height of its power in the region, the Western promise was at best mediocre, and the West, or most of it at least, is living in a post-Christian universe. Middle Eastern Christians, with their odd traditions and patriarchs, fall into a blind spot. They are, as Regis Derby put it “too Christian to excite the left. Too foreign to interest the right.” Nor is Israel likely to come to their aid as some fancy. Israel is a country, not a charity organization, and it learned that lesson the hard way with its adventure with the Maronites.