It will increase the risk of war and terrorism in the Middle East. 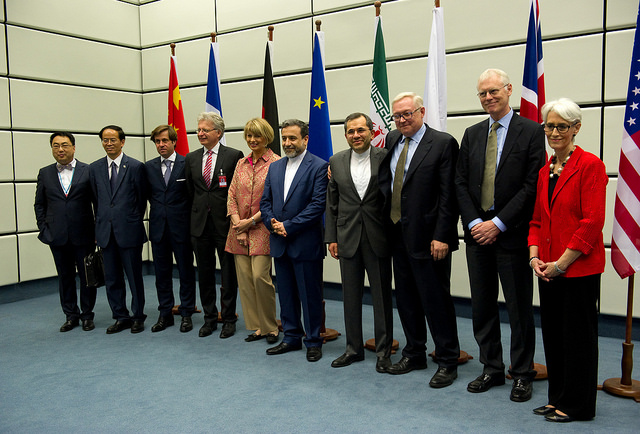 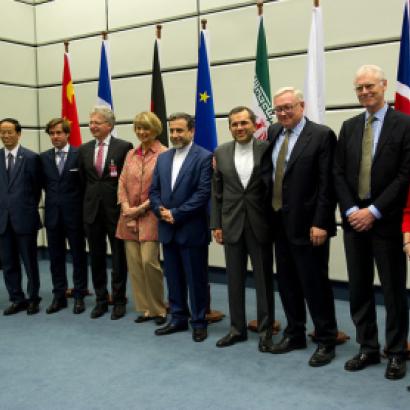 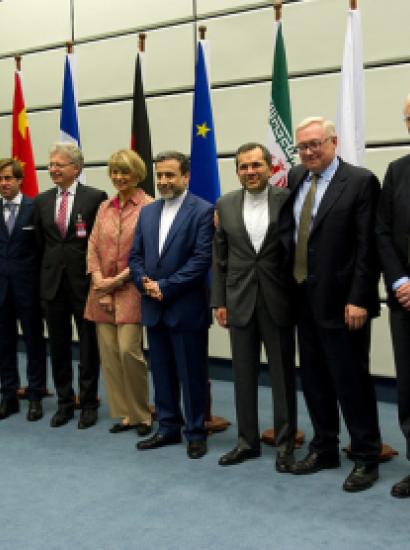 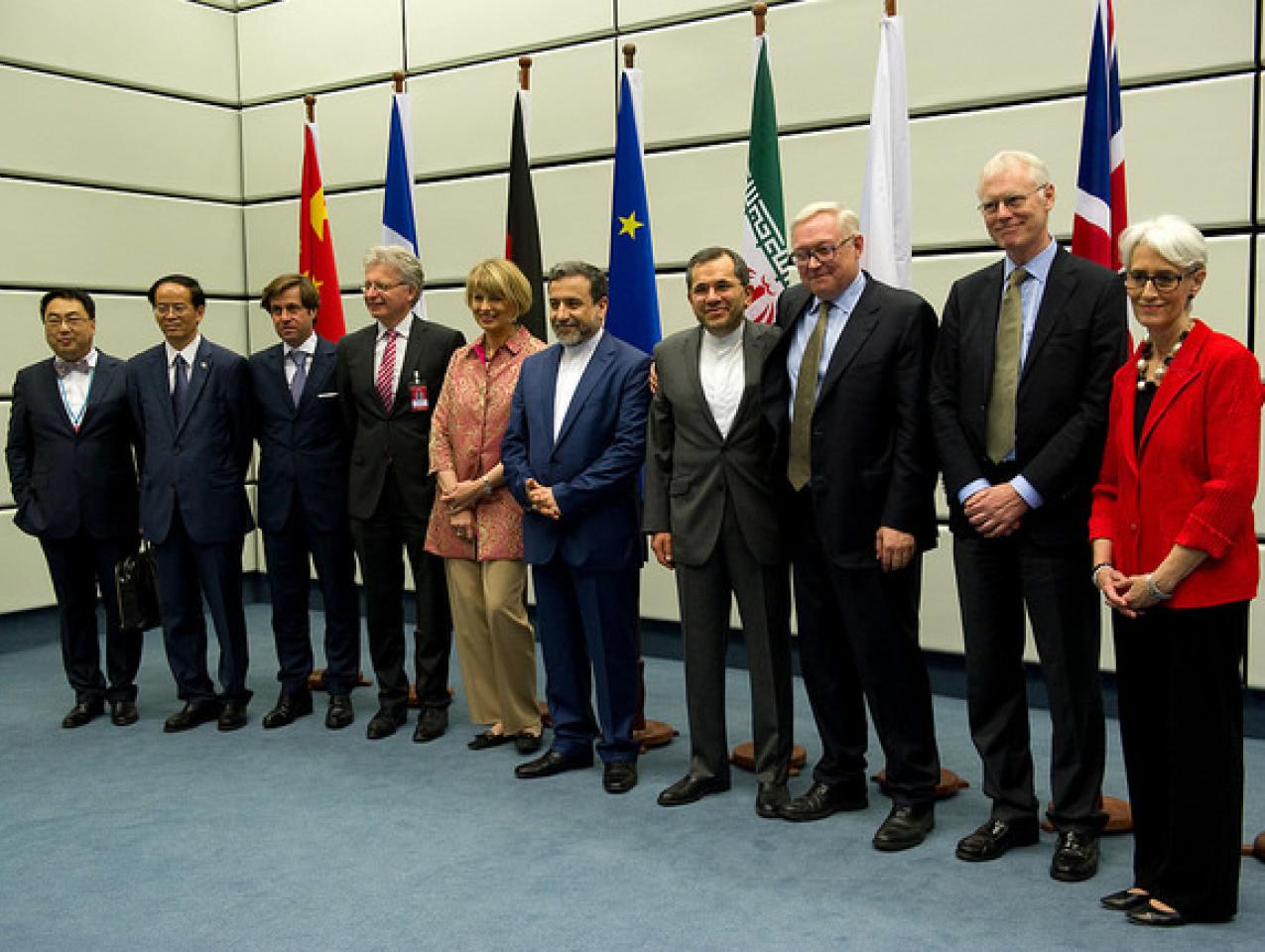 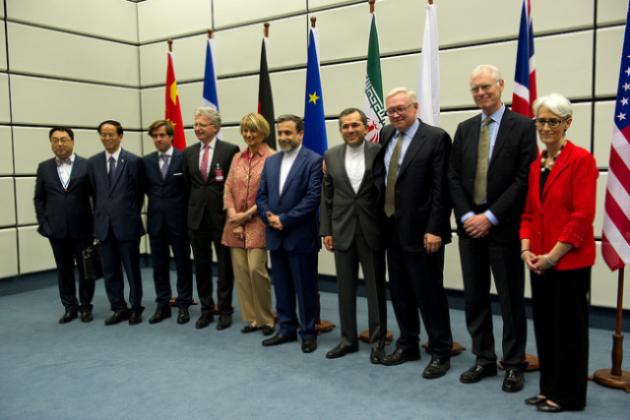 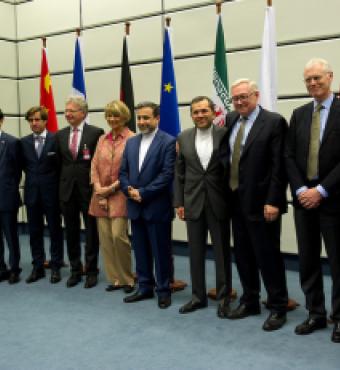 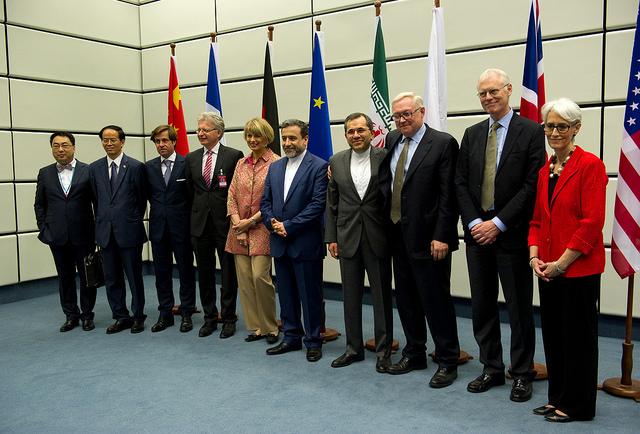 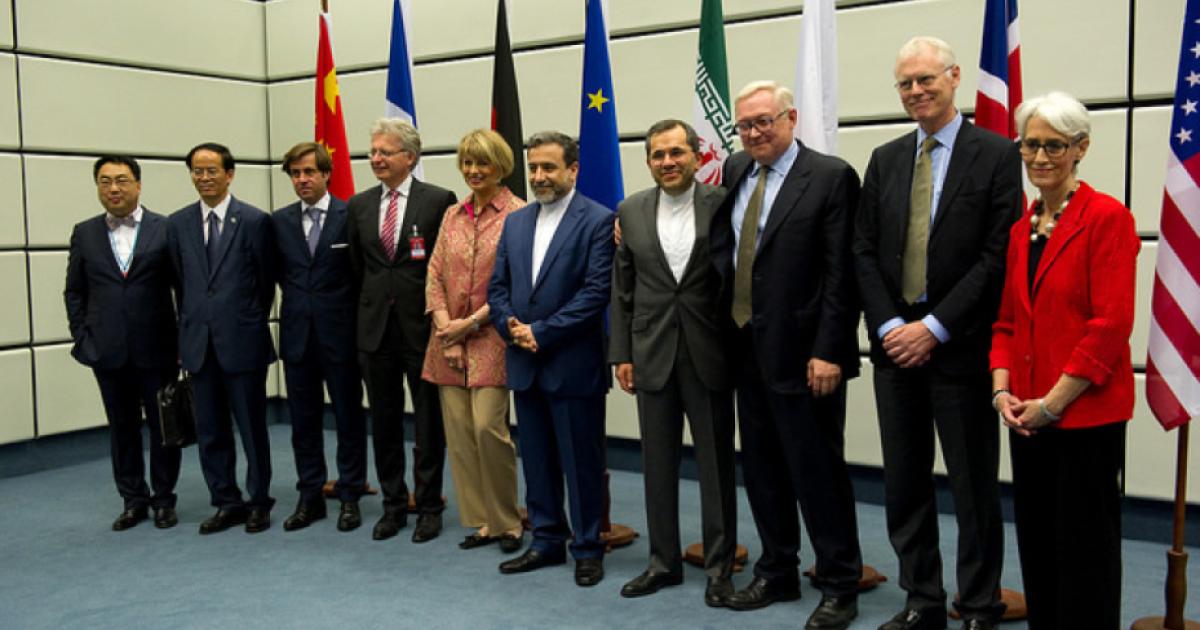 In his famous 1897 essay, “The Path of the Law,” Oliver Wendell Holmes said that to understand the law, it would be necessary to adopt the perspective of the famous “bad man,” the one “who cares only for the material consequences” of his actions, but “does not care two straws for the axioms or deductions” of natural law. Our bad man just wants “to know what the Massachusetts or English courts are likely to do in fact.”

Today, Holmes’s quintessential bad man is Iran, as it only cares about what happens if it gets caught,—caught, in this case, developing nuclear weapons. With most contracts, people work overtime to avoid that problem by choosing the right business partners. But there is no such luxury in international affairs.

Last week, Iran and the six world powers—the United States, China, Russia, Great Britain, France, and Germany—plus the European Union signed a nuclear deal called the “Joint Comprehensive Plan of Action.” Any examination of this deal has to start with the ugly but accurate assumption that Iran will, at every opportunity, act in bad faith.

The agreement starts off on a grand note: “The goal for these negotiations is to reach a mutually-agreed long-term comprehensive solution that would ensure Iranˈs nuclear program will be exclusively peaceful. Iran reaffirms that under no circumstances will Iran ever seek or develop any nuclear weapons.” But it is straight downhill from there.

The first problem with the deal is that it gives Iran an undeserved respectability that comes simply from being allowed to sign a significant international agreement.

Worse still, China and Russia should not be understood as adverse to Iran, their present and future ally. They are better understood as a Fifth Column against the West, and Iran’s many other foes, whose role in the negotiations is akin to the role that Vladimir Putin played in the embarrassing negotiations over chemical weapons in Syria that all but destroyed Obama’s credibility in foreign policy. Putin will be happy to take any excess uranium ore off the hands of the Iranians. But at the most opportune time, he might be prepared to return it to Iran if doing so would benefit Russia. The Chinese, for their part, also sense weakness in the United States and the West, as they build up illegal islands in the South China Sea subject to our diplomatic objections that accomplish nothing.

The remaining parties are our nominal allies who must believe that this nuclear deal represents a retreat from the basic proposition of Pax Americana—the guarantee that the U.S. will provide meaningful guarantees for the security of its allies. Our allies may well become less hostile to Russia and China precisely because they cannot count on U.S. leadership in tough times. The situation is starker still for the Israelis, who fear that the deal will embolden the Iranians to create more mischief in the Middle East and elsewhere. The Saudis are probably next in line in this belief. And both are surely right.

Iran’s promises count for nothing. Iran is quite happy to fund Bashar al-Assad in Syria, to back Hamas, and to launch terrorist attacks throughout the Middle East. It is eager to confront its Sunni rivals, most notably Saudi Arabia, by supporting their enemies. It is eager to annihilate Israel. Indeed now that the agreement seems in place, the Ayatollah says flat out that deal or no deal, “we will never stop supporting our friends in the region and the people of Palestine, Yemen, Syria, Iraq, Bahrain and Lebanon.”

Why then would anyone be surprised that Iran would be willing to make high-sounding promises that it has every intention to quickly break? Does anyone really agree with the President’s rosy view that Iran will reciprocate our respect with its respect? Putting our best foot forward makes sense with ordinary business deals where reputations count. It makes no sense when dealing with a Holmesian bad man who has no need or intention of reciprocating good will with good will.

In this sort of negotiating environment, reviewing the counterparty’s track record is a must, and Iran’s is far from laudable. Hence the guts of this deal lie not in lofty preambles, but in its gritty details of enforcement and sanctions, two issues which should be non-negotiable—a word that President Obama never invokes to defend our position.

One issue concerns the sequence in which the various stipulations of the agreement go into play. The black mark against this agreement is that it virtually guarantees immediate removal of the full set of economic sanctions against Iran, which will lead to an infusion of cash, perhaps in excess of $150 billion, into the country, some fraction of which will promptly flow to affiliate groups that cause mayhem around the world. But what does the President say about this substantial negative? Nothing. He just ignores it.

In his much-ballyhooed interview with Thomas Friedman of the New York Times, he stated: “Don’t judge me on whether this deal transforms Iran, ends Iran’s aggressive behavior toward some of its Arab neighbors or leads to détente between Shiites and Sunnis. Judge me on one thing: Does this deal prevent Iran from breaking out with a nuclear weapon for the next 10 years and is that a better outcome for America, Israel and our Arab allies than any other alternative on the table?”

In fact, we should judge President Obama and his treaty harshly on each of these points. By providing Iran with billions of dollars of immediate cash, this agreement will help Iran fund wars and terrorist attacks that could take thousands of lives. To offset this possibility, the President has indicated that he will try to bolster American assistance to the various countries that will be affected by Iranian aggression, but none of our allies can have much confidence in the leadership of a President who has made at best negligible progress in dealing with ISIS. His public vow to never put American ground forces in the Middle East turns out to be the only promise that he is determined to keep—for the benefit of our sworn enemies who have greater freedom of action given his iron clad guarantee. The objection to the President here is not that he has merely failed to curb Iranian mischief. It is that his clumsy deal will massively subsidize it.

Second, there is no more “snap back” here. Once the sanctions set out explicitly in the agreement are lifted from Iran, they won’t be reinstated any time soon. Gone are the days of anytime, anywhere inspections. In stark contrast, Articles 36 and 37 of the agreement outline a tortuous review process to reinstate any sanctions. First the Joint Commission must act, then the Ministers of Foreign Affairs, and then a nonbinding opinion by a three-member Advisory Board must be issued. If the matter is not resolved to mutual satisfaction after this process runs its course, any participant “could treat the unresolved issue as grounds to cease performing its commitments under this ICPOA.”

Section 37 then contains a murky provision under which the UN Security Council might possibly reimpose sanctions in part. But the entire procedure could take months, and at the end of this process Iran is free to walk if it does not like the outcome. Iran would also know that reassembling the original set of sanctions would be extremely difficult. Putting this agreement in place will likely end collective sanctions irreversibly.

And what do we get in exchange for all of the added risks we assume? The President claims that we have secured the best path possible to slow down the ability of the Iranians to make a nuclear weapon for at least ten years. But why should anyone believe that that will be the result when we are dealing with the quintessential bad man? The only safe way to slow down Iran’s nuclear capabilities is to do what the President claimed was necessary earlier, which is to knock out Iran’s total production of enriched uranium, subject to constant supervision.

It is all too clear that what Obama has offered today is a far cry from the deal he outlined to the country before these negotiations. It was easy for the President to talk tough to Mitt Romney in the course of their 2012 debates by then claiming it was “straightforward” that Iran has to “give up” its nuclear program in its entirety. As the President once recognized, there are no peaceful ends for which Iran needs a nuclear program. It is awash in oil, and it can satisfy any desire for medical isotopes by buying off-the-shelf products from any of a dozen nations that would be thrilled to supply them for free.

The agreement dramatically changes Iran’s status as an international aggressor. Elliott Abrams gives us the grim tally. Right off the bat, Iran’s nuclear program has gone from illegal to legal. The new agreement lets Iran keep 6,000 centrifuges and it allows the country to continue to do its own weapons research. It is likely that it can do a lot more outside the agreement as well. In five years the agreement lifts an arms embargo and in eight years all restrictions on ballistic missiles will be lifted.

It is often said that negotiation involves the process of give and take, by which it is not meant that the United States and its allies give and Iran takes. Unfortunately, that pattern has been observed in this recent deal. Iran had no hesitation in stating in the eleventh hour that various limitations on its sovereignty, e.g. inspections, were “unacceptable.” Today its position is that the sanctions must be lifted immediately. But the Obama administration was extraordinarily reluctant to say that any Iranian proposal was unacceptable. The drama in the negotiation was how far the Iranians would push the agreement to their side of the table—which is exactly what to expect from any negotiation that relies exclusively on carrots and disdains all sticks.

This agreement does not require detailed study to conclude that it is a dead loser. Nonetheless, the United States has put it forward in the United Nations for approval before Congress has spoken, and the President, incorrigible as ever, has announced that he will veto any Congressional legislation that seeks to block the treaty. Many members of his own party do not share the President’s unfailing instinct for self-destruction. They should join the Republicans to reject the treaty by veto-proof majorities in both houses before the President and his team can do any further harm.