An Open Letter to Trump

The candidate needs to shape up or step down to let Mike Pence take his place at the head of the ticket. 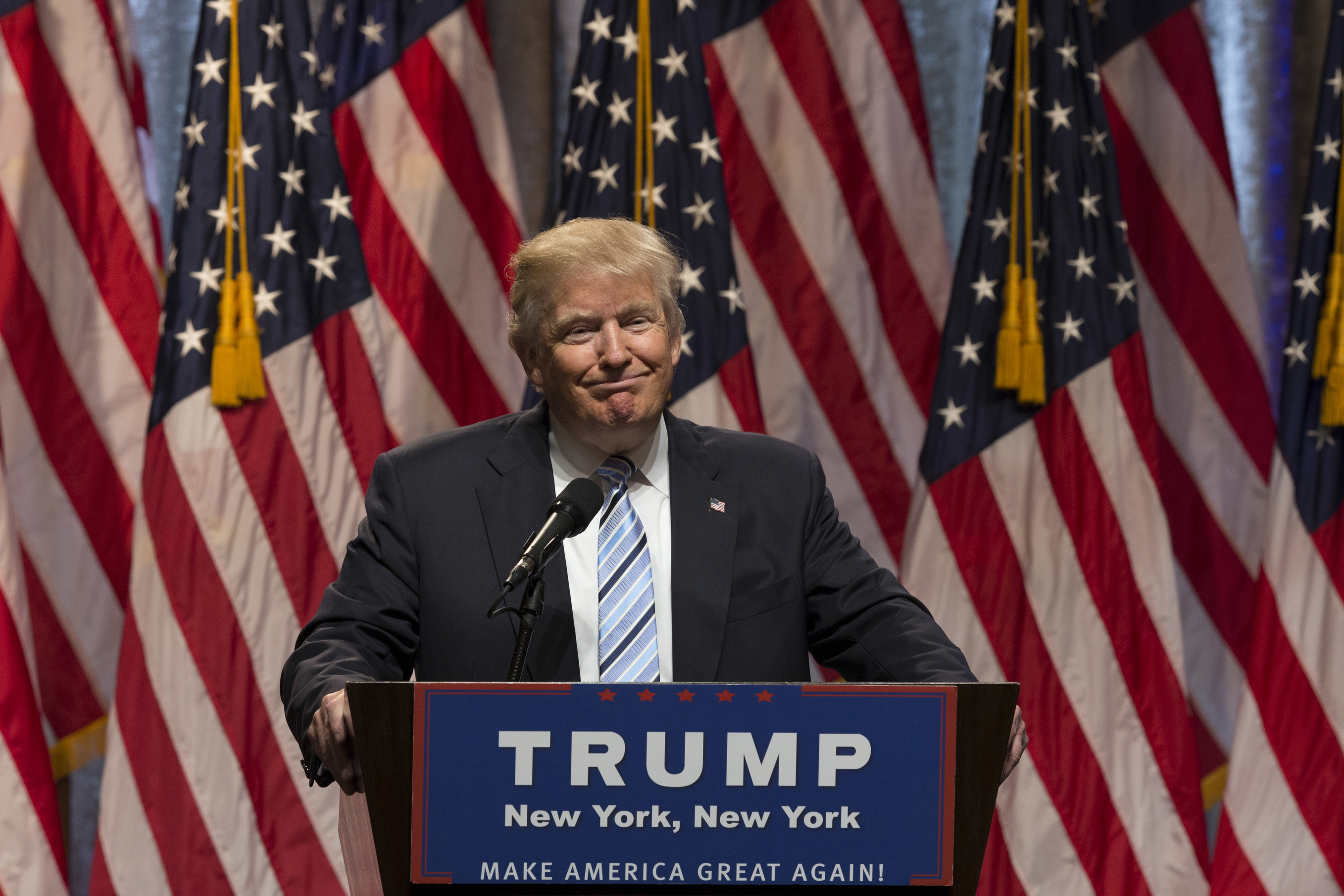 An Open Letter to Trump 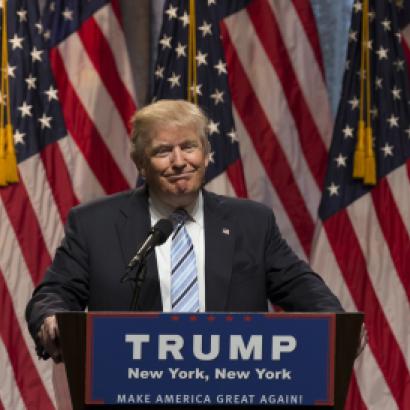 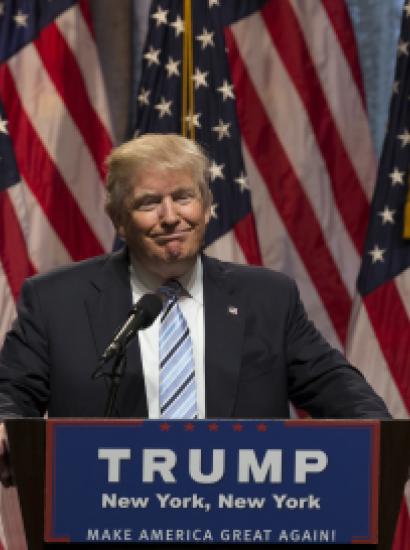 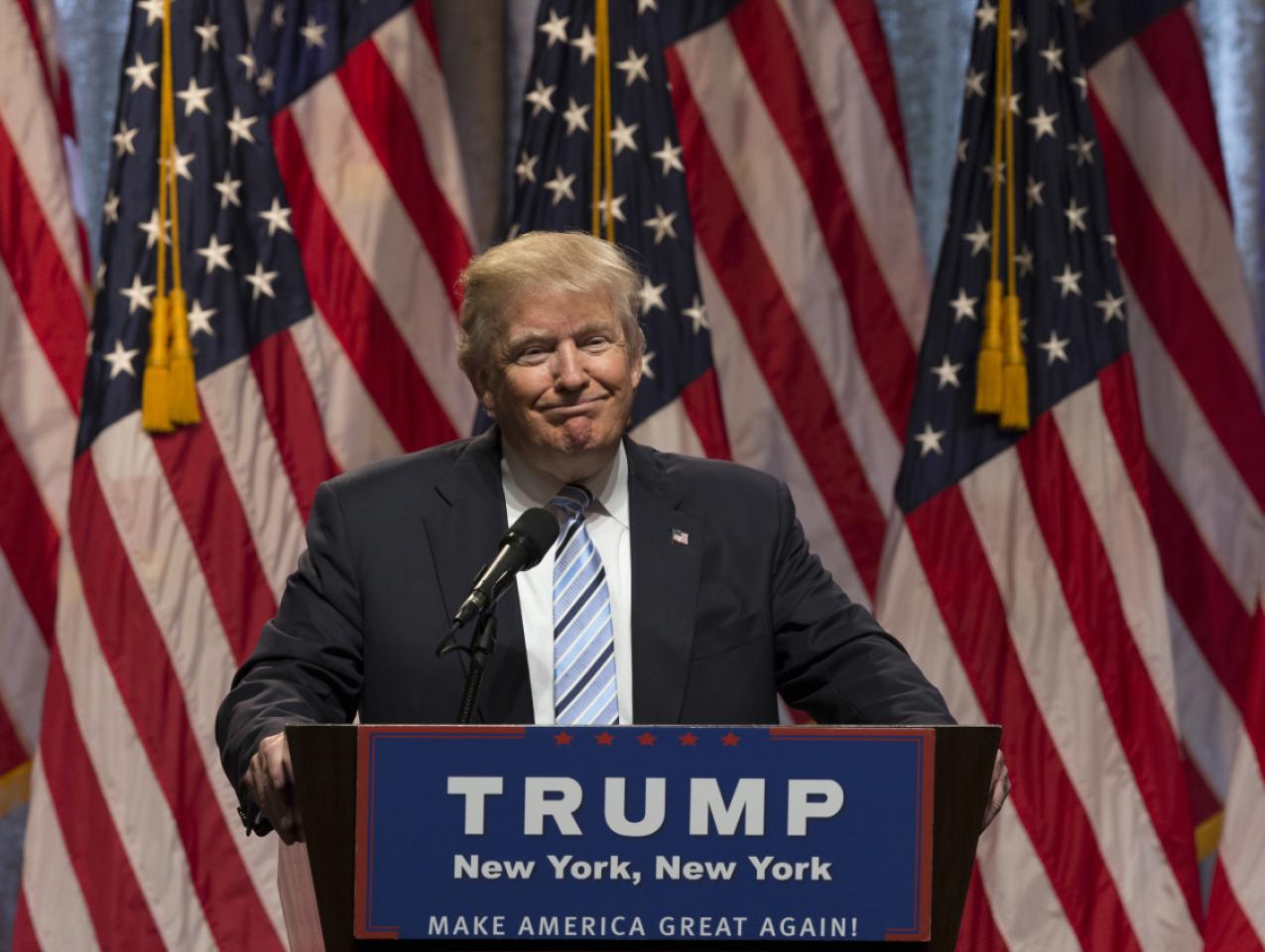 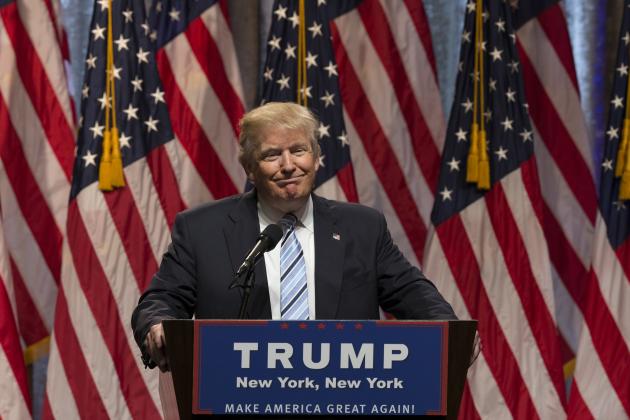 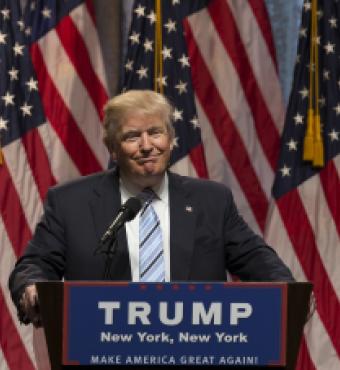 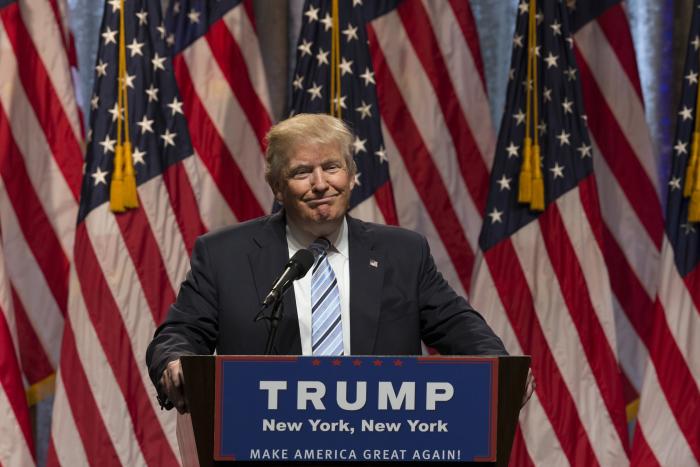 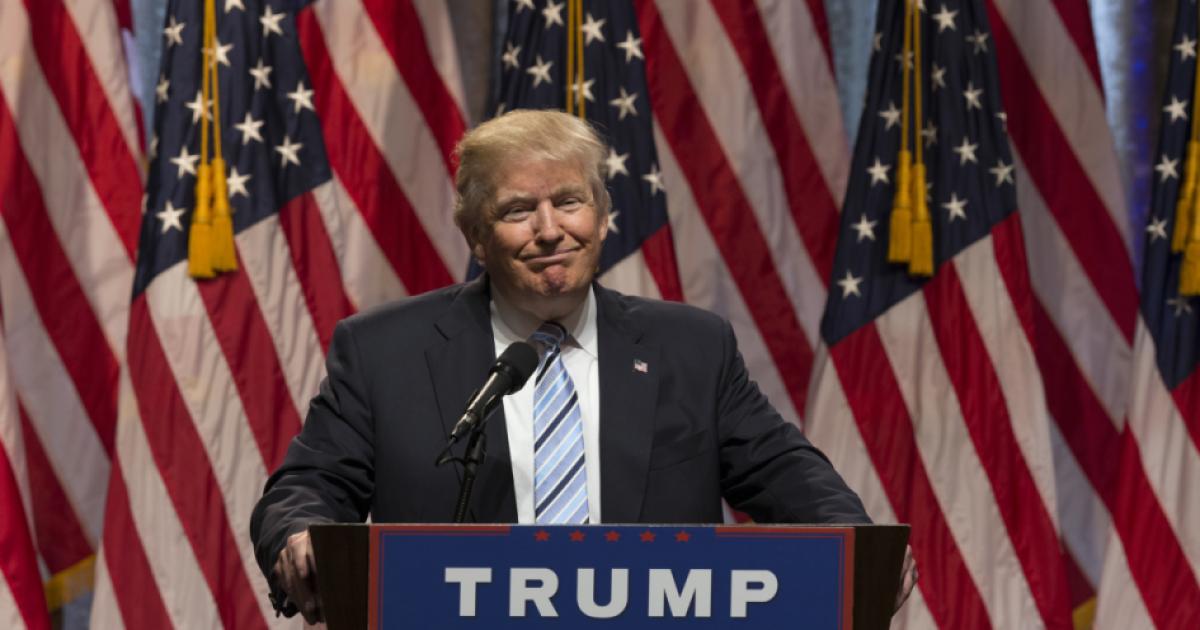 It is hard—perhaps impossible—to calculate the damage that you have done to the United States and its people, and the people of the world. The situation that the United States faces today is one of great uncertainty at home and great peril abroad. You are running at the end of Barack Obama’s failed presidency, against Hillary Clinton, one of the least trusted and most unfit candidates ever to run for high office. There is little question that any other Republican candidate, including your vice presidential nominee, Mike Pence, would be far ahead of her in the polls, because any other candidate would concentrate on her dubious ethics and weak policy proposals.

But not you. Instead of tackling substantive issues on the campaign trail, you have doubled down on your shameless efforts at self-promotion and self-justification. You have engaged in endless tweets that reveal a thin skin and an unstable psyche. You hired the lawyer Marc Kasowitz to write one of the dumbest demand letters in the history of defamation law to the New York Times, asking it to retract its story about your past sexual misconduct because, he bizarrely claimed, old stories cannot be true, even if they are. Though I’m no New York Times cheerleader, I found myself, along with millions of other Americans, cheering as the paper’s General Counsel, David McGraw, gave your lawyer the written drubbing that your bullying deserved.

As you make yourself the central campaign issue, you also reveal that you are unfit to hold office. In your praise of Vladimir Putin, you show a flagrant disregard of the constitutional limitations associated with the office of the Presidency, so much so that I joined with other Constitutional originalists to oppose your nomination because of your extravagant views of unilateral presidential power. In addition, you stoked fears that you are anti-Semitic when you ranted: “Hillary Clinton meets in secret with international banks to plot the destruction of U.S. sovereignty in order to enrich these global financial powers, her special interest friends and her donors.” These wild charges ignore the more serious case against Clinton. With each passing day, more powerful evidence emerges that key government officials, including President Obama and Attorney General Loretta Lynch, may have improperly taken part in blocking criminal prosecutions against Clinton by using kid-glove procedures. These behaviors stand in striking contrast to the FBI’s overzealousness in the failed prosecution of Virginia Governor Bob McDonnell for far less serious offenses of supposed corruption—charges that were unanimously rejected this past June by the United States Supreme Court.

I have recently asked some of my colleagues about the scope of Article II, Section 4 of the Constitution, which provides that the President “shall be removed from Office on Impeachment for, and conviction of, Treason, Bribery, or other high Crimes and Misdemeanors.” Does that provision apply to actions that were committed by Clinton prior to her anticipated election as President, when she was Secretary of State? It is a serious interpretive question that we should hope never arises. Yet unless fresh revelations cease simply because she is elected President, this question could occupy public attention long after your juvenile antics have become old news. But the impeachment threat does not hang over her alone. Just this past Saturday, David Gelernter, a professor of computer science at Yale, publicly supported your candidacy as the best protection against Hillary Clinton, noting that impeachment by hostile Democrats and Republicans alike is, in this “abnormal year,” a vital safeguard against your potential abuse of power.

Right now, it seems that you will not do anything constructive to save your rapidly declining campaign. But there is still time for you to put the nation ahead of your insatiable ego. There are a number of reasons why you should abandon your pointless and petulant vendettas.

First, even as your presidential chances fade, the balance of power in Congress is still very much in play. Right now, it appears that you are quite happy to take down the rest of the Republican Party with you. But today, a divided government in which the Republicans control either—or preferably both—houses of Congress is more critical than ever. If the Republicans lose control of the Senate, all of Clinton’s judicial nominees will sail through. Spared the need to compromise, she will pick judges from the left-wing of her own party, which means the courts will rubber stamp the untenable political positions the Democrats have urged in recent years. There will be further unnecessary racial strife, as Clinton repeats her false charge of institutional racism against state and local police, which denigrates the work of tens of thousands of public officials and police officers. There will also be increased persecution of small religious groups that do not have the wherewithal to stand up to the Office of Civil Rights in the Department of Education, or the Equal Opportunity Employment Commission.

Then there’s the economy, which will implode under her so-called tax reforms. Her proposed higher taxes on ordinary income, capital gains, and large estates will deprive the private sector of the capital needed for innovation and jobs. Every emboldened alphabet government agency will be in the hands of the Democrats, which means that more senseless regulations and government programs will be created. A perfect example is Clinton’s madcap plan to subsidize the construction of half a billion solar panels, based on her idea that Hurricane Matthew offers striking evidence that global warming poses a grave threat to the overall economy. This is not the way to make America great again.

The only safeguard against the runaway progressivism of a Clinton presidency is a Republican Congress. But you compromise the chances that responsible conservative politicians will be elected when you call out House Speaker Paul Ryan for distancing himself from you. Each time you charge that elections are rigged against you, you further delegitimize our political system in ways that will make it harder for decent people of both parties to run for public office.

You have also failed to articulate a coherent vision of limited government and strong property rights on which the success of this nation depends. The Democrats are united at this point in their progressive vision that centralized government power will somehow lead to greater income equality on the one hand and improved growth on the other. This proposition ignores the simple truth that it is far easier to level downward than upward, which is what will happen if incentives for wealth creation are suffocated by high taxes and extensive regulations, making the pie smaller and the public mood more divisive than it already is.

So you have to clarify that your policies do not replicate that result. And the first point here is to back off the delusion that the way to make America great again is to tear up all trade agreements and build a wall to keep people from coming across the border from Mexico. On the first point, it is easy to claim that jobs lost in the rust belt have landed in Mexico or China—easy but flawed. The missing step is simple enough. There is nothing that says that the lost jobs can’t stay here if they don’t go to Mexico. The state-level differences in lost jobs are quite enormous, as states like Illinois will continue to lose jobs because of their own business climate. If the jobs do not go to Mexico, they will go to Tennessee, or perhaps just disappear.

One of the key benefits of free trade is that it forces nations and states to reform their own practices so that they can become more competitive. Knock down the exit threat and the massive internal impediments to growth gain a new lease on life. Allow for the trade, and you open up markets in other countries like Mexico, which increases the economic opportunities for their citizens, making them less likely to want to sneak across the border into the United States. Your opposition to the Trans-Pacific Partnership only doubles down on your systematic ignorance of how complex economic systems work, making it all the harder for you to differentiate your positions from those of the Democrats you oppose.

On other points, you do have comparative advantages that you should stress. You favor lower taxes and decreased regulation without embracing the protectionist creed that undoes much of the benefits that domestic reform could achieve. It is important to attack the populist urge to soak the rich. It is imperative to oppose any increase in union power, and to forcibly oppose union efforts to block the expansion of charter schools, a particularly foolish move supported by the NAACP.

On foreign affairs, it is critical for you to hone in on the failures of the Obama administration in virtually all corners of the world. The growing instability in the Middle East stems from the President’s unwillingness to use force, which has given Putin, Assad, and ISIS free run over the area. The humanitarian consequences of America’s Middle East policy are also deplorable, and have bred chaos in other parts of the world. The refugee crisis has created major dislocations inside Europe, and has helped contribute to the breakdown of trust across the continent. Surely, you could say more about your proposals to increase the number of combat-ready troops and to repair the frayed relationship between the head of the military and the President of the United States.

It is not clear whether you have the good sense to rise above personal slights and indignities; but if you do not, one of two things will happen. Either you will lose the election and be condemned as one of the most destructive forces in American history for your inflammatory behaviors, or you will win the election and be an ineffective leader as your endless preoccupation with the personal and the petty will make you a divisive threat to the country that you hope to lead.

So here is my piece of not-so-friendly advice: Either shape up, or, even at this late date, step aside and let Mike Pence take your place at the head of the ticket.